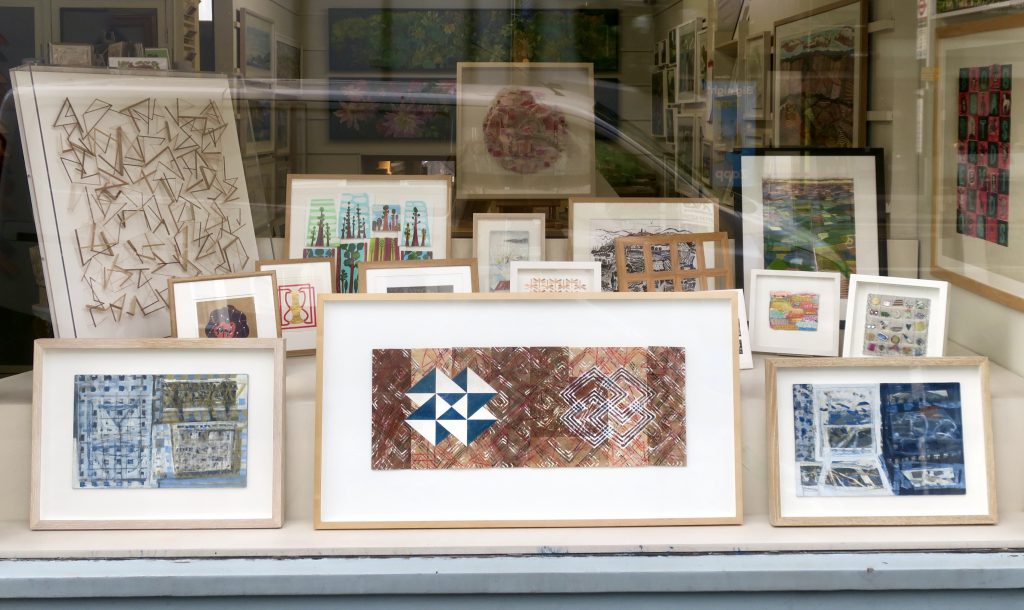 A mixed up mishmash of pictures, but connected by a shared interest in grids of one kind or another. I cast about, wondering what to include, but there’s a surprising amount in the net. I’m stealing the limelight with one of mine from years ago, so you’ll need to step in close to see over the top of it. But it’s a moveable feast. We’ll change it around, take things out, put things in, so please keep checking for updates. END_OF_DOCUMENT_TOKEN_TO_BE_REPLACED 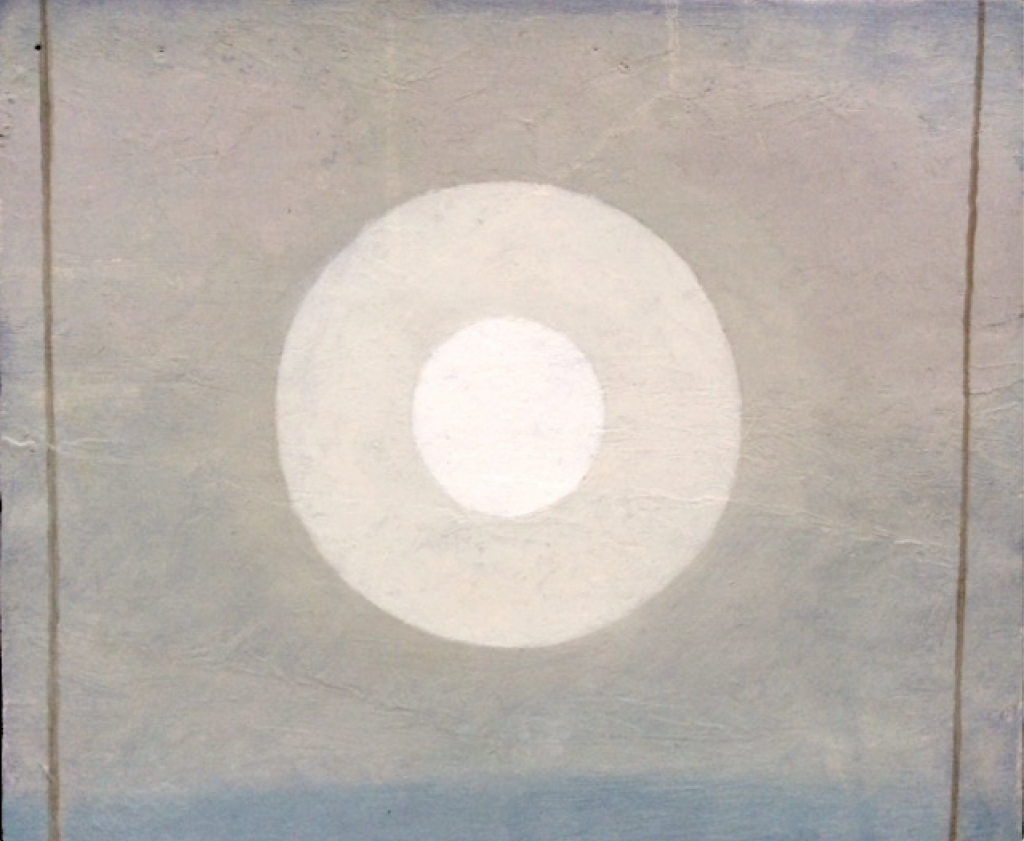 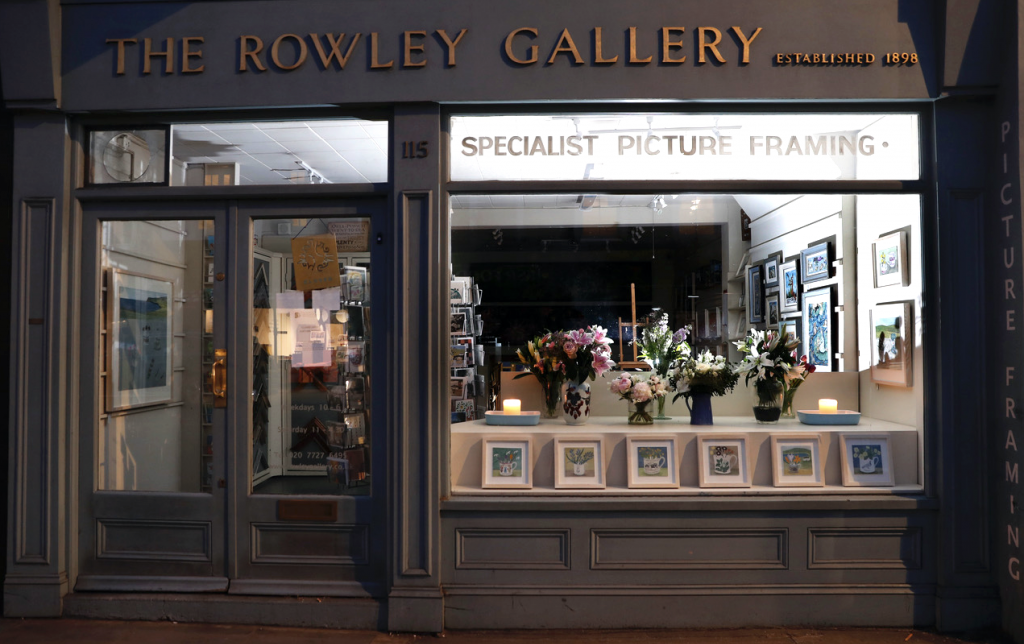 Kai arrived at The Rowley Gallery over 30 years ago, I can’t be sure of the exact date, but her name back then was Kathy. And to all who knew her in pre-Rowley days she always remained Kathy. But there was already another Cathy at The Rowley Gallery so she abbreviated her name to Ka. That was her Chinese name. But pronounced Kai, so that was how she spelt it thereafter. To avoid confusion. END_OF_DOCUMENT_TOKEN_TO_BE_REPLACED 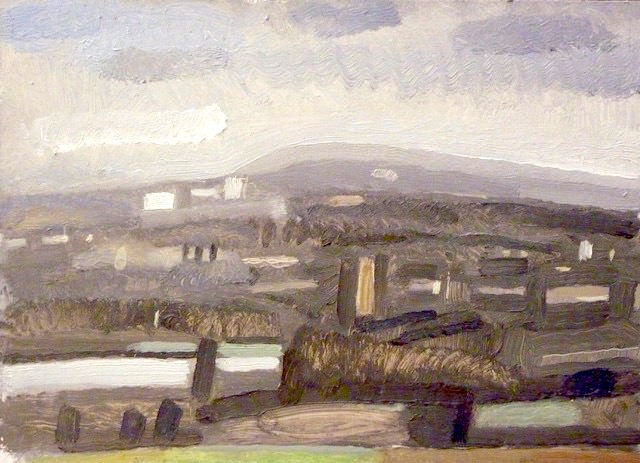 The experience of landscape and how to interpret it has been a major preoccupation for many years. In the 1960s as a student I made large abstract canvases which were in fact about space. It was the time of the first moon landing. Since then I have travelled a bit. To Canada, to India, to Spain, and here to the Lake District and Cornwall. I have made paintings and drawings in all these places. The vast scale of the Rocky Mountains, the heat of Spain, the colour and smell of India, the cold of the Lakes in December, all have presented me with the strange problems of how to get something out of these very different environments. But I always return to my home turf. One I have lived in for almost all my life. This year I began what I had hoped to be a project painting in the same location for most of the year. To this end I overhauled my gear and began work in the chill of early February high over Oxford looking down from Wytham Woods, a stretch of woodland covering a hill to the west of Oxford, owned by the university and the site of 70 years of ecological research. END_OF_DOCUMENT_TOKEN_TO_BE_REPLACED 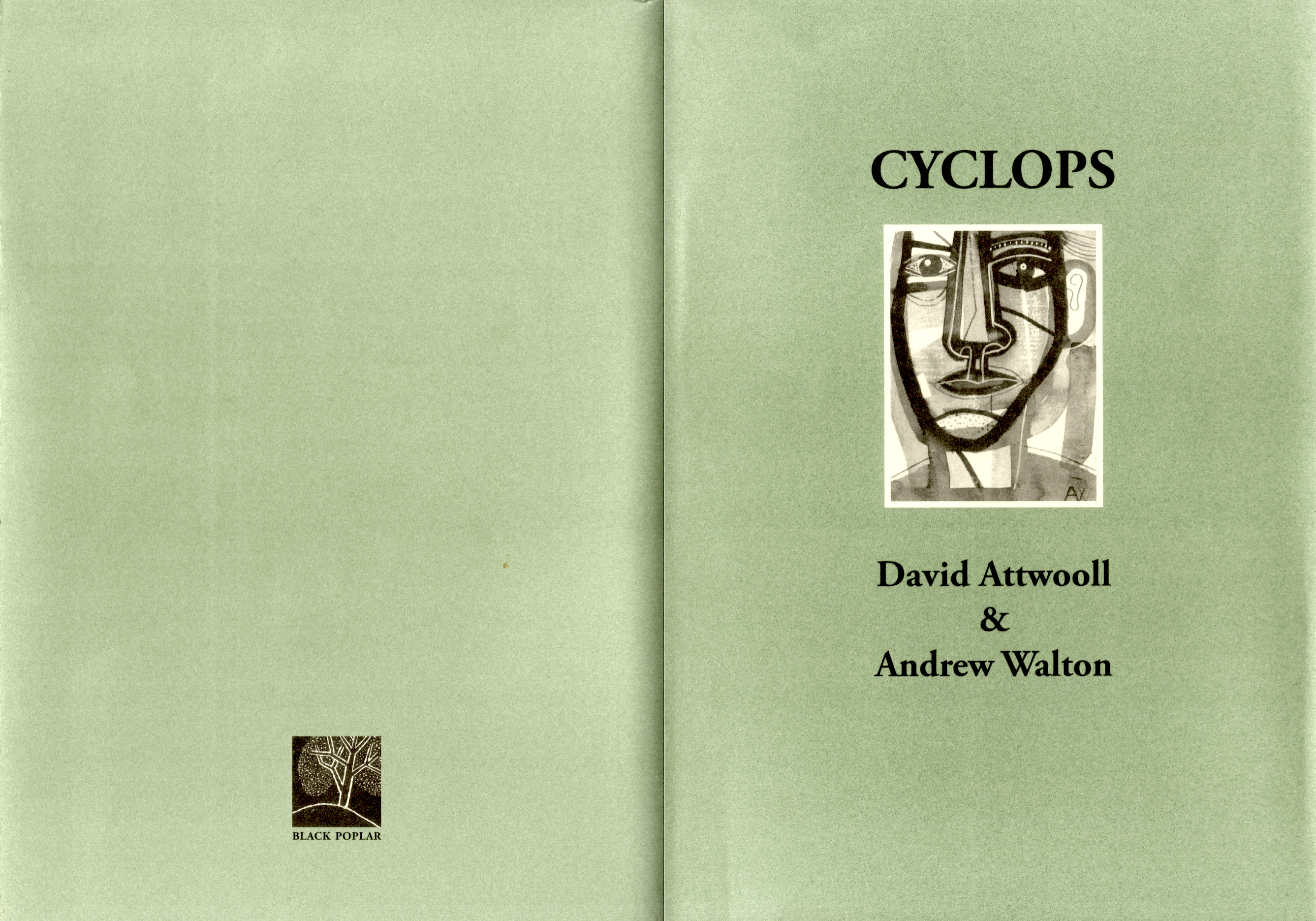 This is the third book of poems by David Attwooll with pictures by Andrew Walton. The previous two books resulted from shared walks around Oxford. This last book circles around David’s final illness. He died in August 2016 from Erdheim Chester disease. One of it’s symptoms was a gradual loss of sight in one eye, and the poet’s increasing identification with Polyphemus, the giant cyclops from Homer’s Odyssey. There is a dark humour in these poems; David’s sense of fun is evident throughout. I met him only once, but I agree with his daughter, Kate Attwooll – He was… the most modest of men, instantly filling those who knew him with a welcoming sense of human possibility and kindness. So without further ado, here is the whole book, hand-scanned cover to cover by yours truly. Take it slow, and click on each image to get a better view. END_OF_DOCUMENT_TOKEN_TO_BE_REPLACED 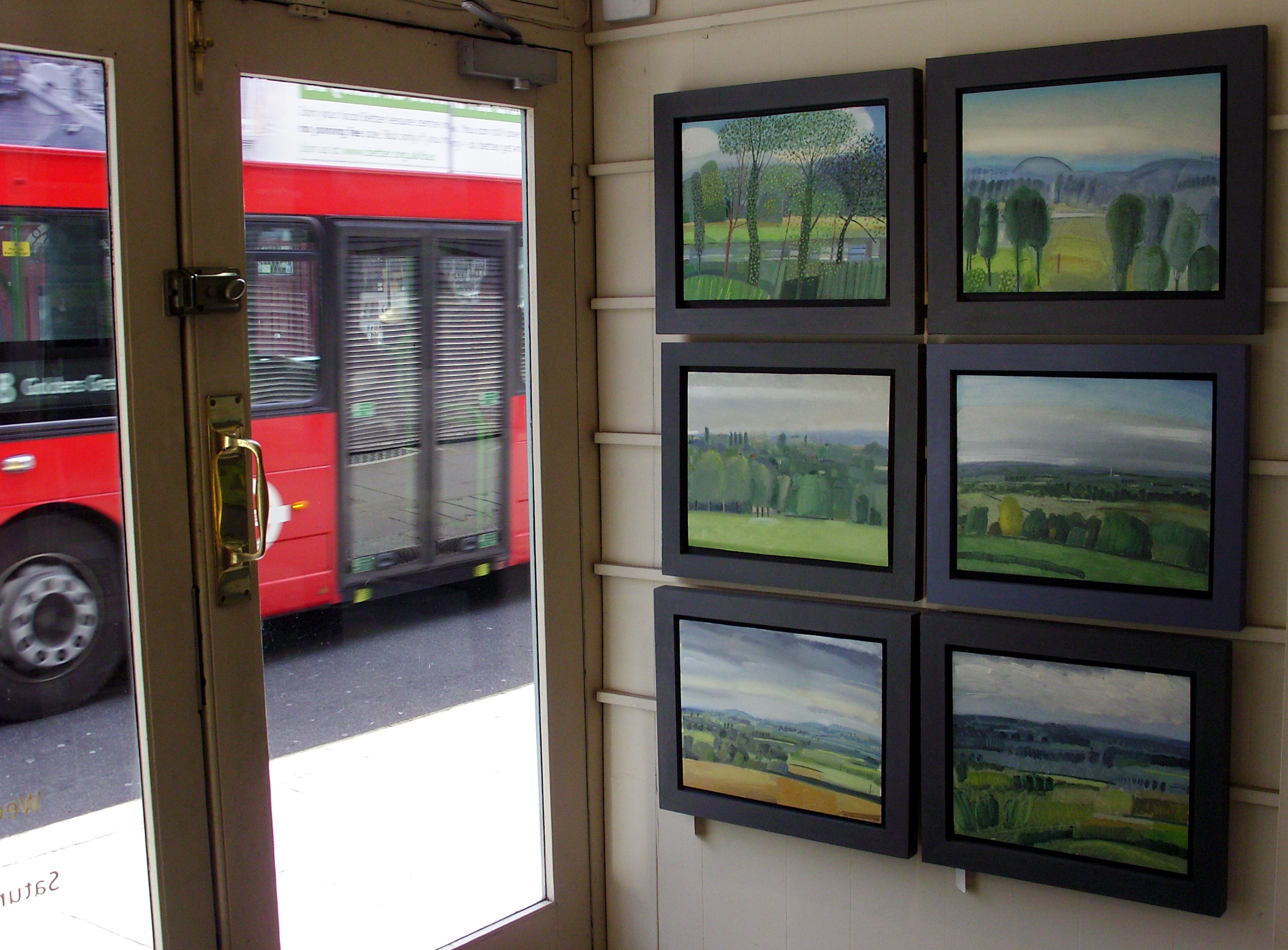 More beauties were delivered to the gallery recently (not by bus), paintings by Andrew Walton, mostly done on site at his beloved Otmoor, an area of wild wetlands north-east of Oxford – A place with a rich history. Riots caused by enclosures, inspiration for writers, Lewis Carroll & John Buchan. A bombing range from WW2 and still an MOD rifle range. RSPB reserve, site of many murmurations. END_OF_DOCUMENT_TOKEN_TO_BE_REPLACED 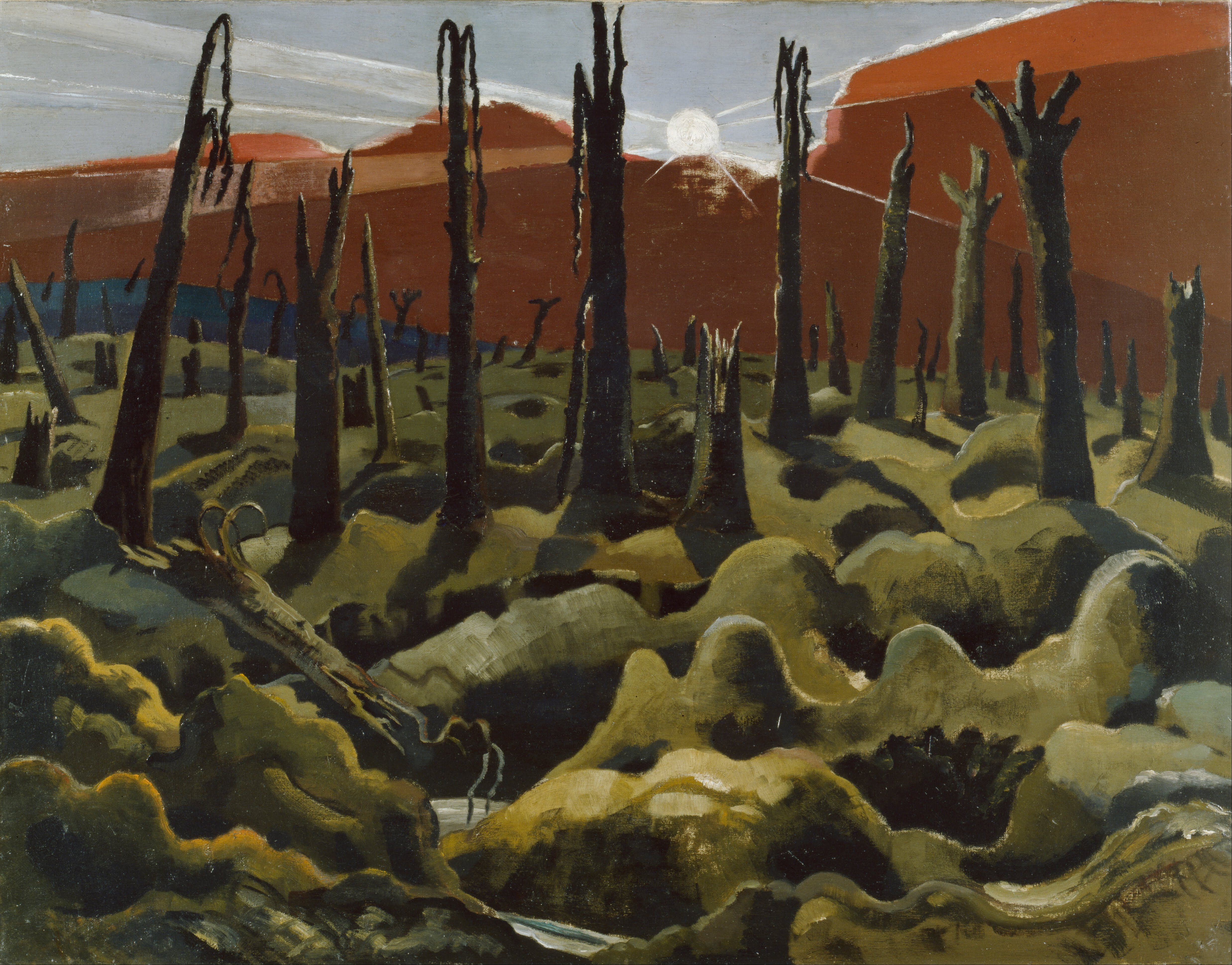 I was in a room with many people. They were mostly grey haired and quietly dressed in the way of National Trust members. One or two young men stood intently looking. The room titled We Are Making A New World is the gallery in the Tate exhibition devoted to Paul Nash’s WW1 paintings. It is quiet except for the gentle tap of feet or the occasional mute whisper. The mood is that of a chapel of remembrance. As though the only person with a right to speak was Nash. The silence of these works is awe inspiring considering the ear shattering noise that would have dominated the scene, as well as the stink of shit, rotting flesh, tobacco smoke and cordite. We are silenced by the works hung on these walls. The older visitors seem to be wrapped in memories passed to them by fathers and grandfathers who had seen this for themselves. The young men I take to be artists come to understand how this great artist had made these images, witness to such pointless violence. END_OF_DOCUMENT_TOKEN_TO_BE_REPLACED 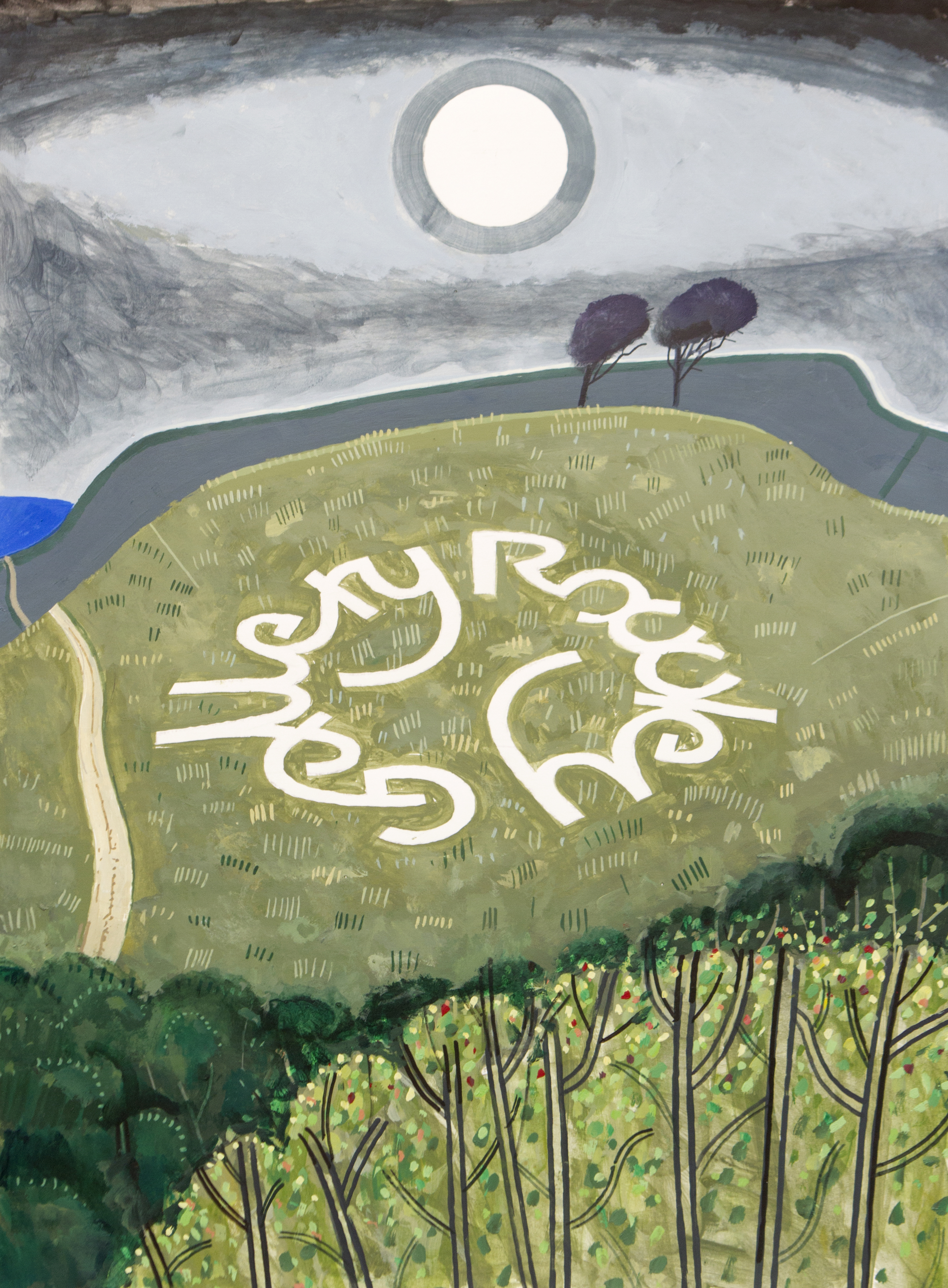 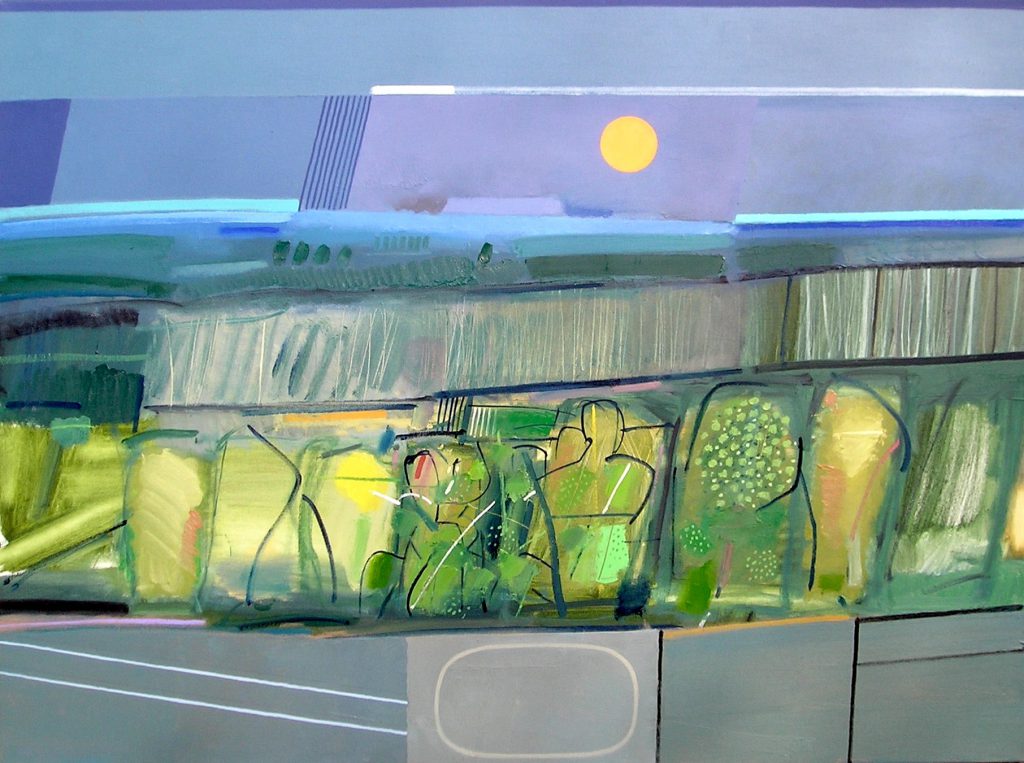 I was born just after WW2. My parents had moved to Noke when they married in the early 1940s. We lived in a tiny cottage, totally lacking modern amenities. No electricity, water from the well and an earth loo in ‘The Elm Barn’, a shed with a grand name, all set in a third of an acre of orchard. An artist’s retreat from the hurly burly of war torn London. This was my world. Apple trees to climb, a stream to splash in, and a duck pond beyond the gate where my brother and I sailed catamaran boats whittled from elder sticks. END_OF_DOCUMENT_TOKEN_TO_BE_REPLACED 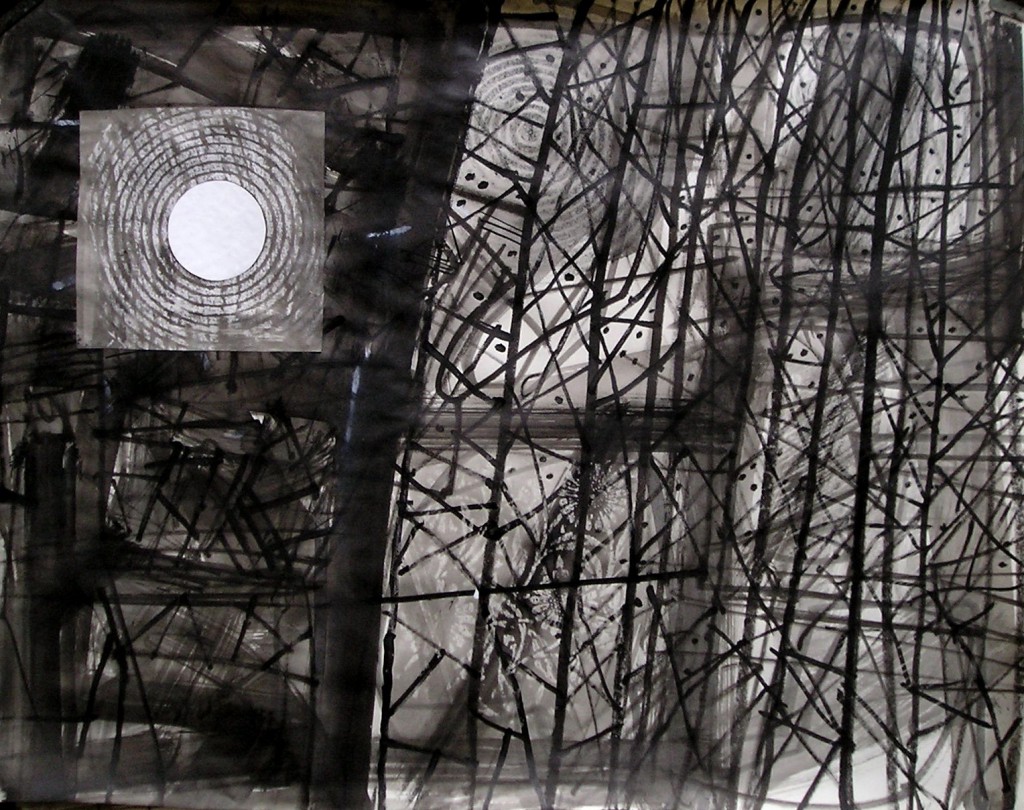 I was born just after WW2. My parents had moved to Noke when they married in the early 1940s. We lived in a tiny cottage totally lacking modern amenities. No electricity, water from the well and an earth loo in ‘The Elm Barn’, a shed with a grand name, all set in a third of an acre of orchard. An artist’s retreat from the hurly burly of war torn London. This was my world – apple trees to climb, a stream to splash in, a duck pond beyond the gate where my brother and I launched catamaran boats whittled from elder sticks. The village was a place apart – a road petering out on the edge of the moor, smelling of cows and cow parsley, deep ditches fringed by pollard willows and a huge sky. This is the place my life started. END_OF_DOCUMENT_TOKEN_TO_BE_REPLACED