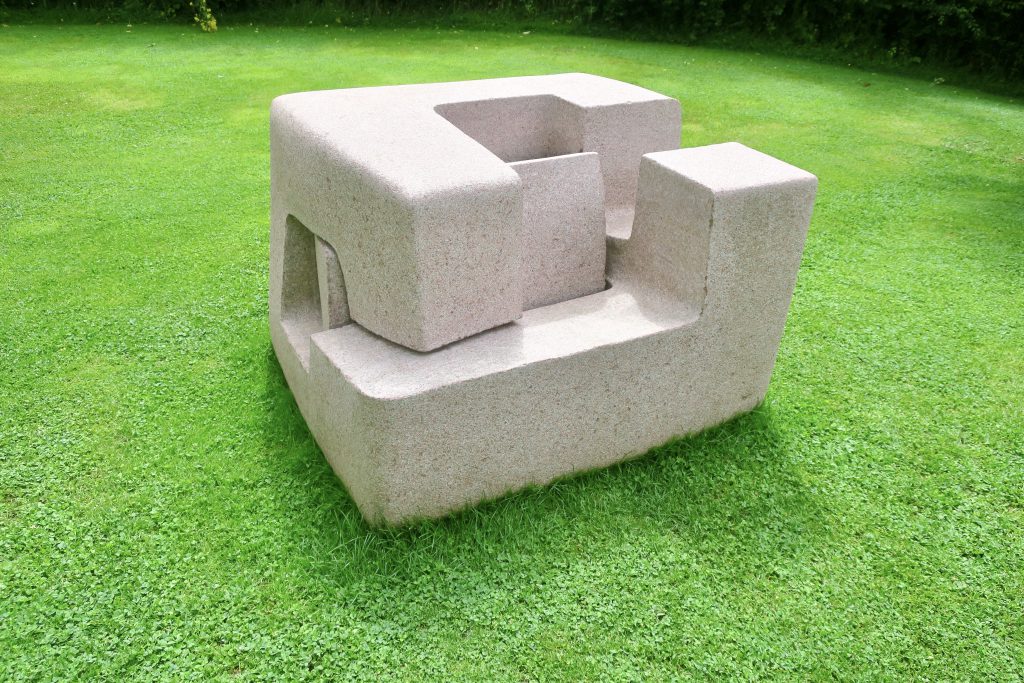 This was the first sight. Ignore the car park and the fancy farm shop and the reserved restaurant and the souvenir bookshop. Outside on the grass, just as the rain began to fall, my eyes met Harri VI (it translates as Stone VI), a great carved block of granite. Imagine that. How is that possible? The equivalent of a giant fist carved in granite. A fistful of granite. I love it. END_OF_DOCUMENT_TOKEN_TO_BE_REPLACED 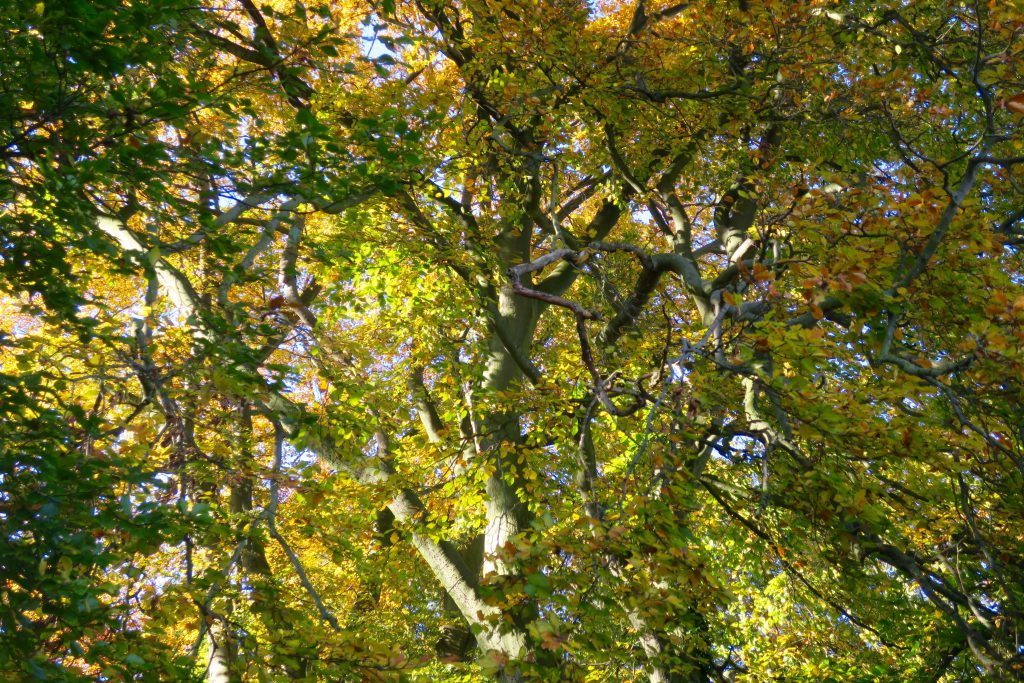 We were in Norwich recently, staying at a hotel in the city but eager to visit the Sainsbury Centre just out of town. We were advised to take a taxi because buses were temporarily diverted. “It will take you about half an hour on foot but it’s not a pleasant walk. Better to cab it.” And yet, despite the advice, we walked it, and the sun came out, and the way was lined with trees and other hopeful signs. END_OF_DOCUMENT_TOKEN_TO_BE_REPLACED 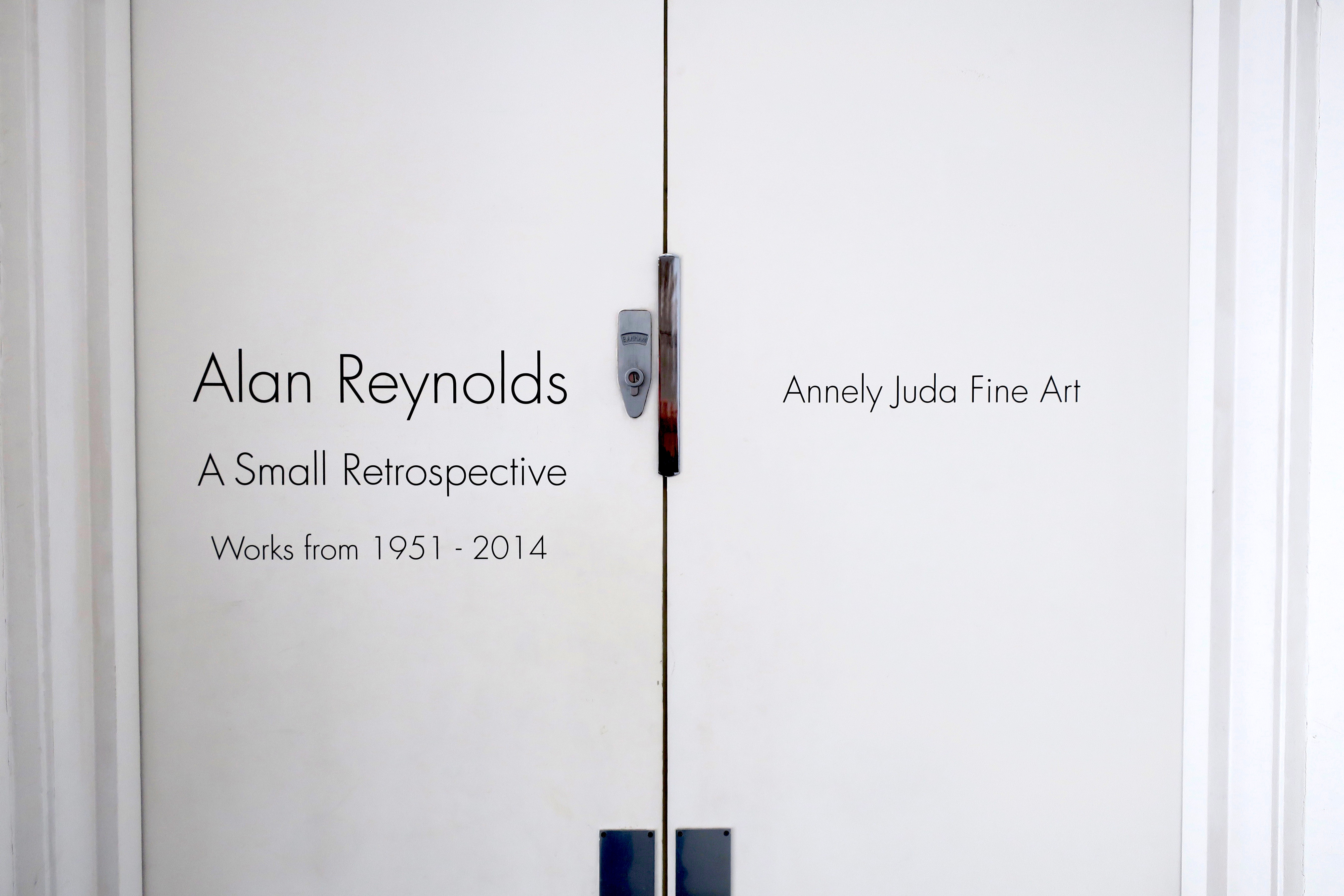 I love the Annely Juda Gallery very much. I’ve been visiting as long as I’ve lived in London and it always feels like I’m coming home. I first knew it as a small warehouse space in Tottenham Mews, next-door to the Angela Flowers Gallery. It was all scrubbed floorboards and whitewashed walls hung with jewel-like fragments of Bauhaus, De Stijl and Russian Constructivist art. Most exhibitions seemed to be called The Non-Objective World and they were always a great education in abstraction. In 1990 she moved to Dering Street where I first discovered the work of Eduardo Chillida, and saw an exhibition of minimal white reliefs by Alan Reynolds. It was a revelation. END_OF_DOCUMENT_TOKEN_TO_BE_REPLACED

At 19, Eduardo Chillida (1924-2002) was a gifted athlete on his way to becoming a football legend. But brutal injury during a game pushed him out of professional sports forever. No one except Pilar Belzunce, his lifemate, suspected at the time that the young Hernani goalkeeper was about to rewrite their destiny and become one of the greatest sculptors of the twentieth century.

Chillida In Barcelona / The Depth Of Air / Signs Of Chillida 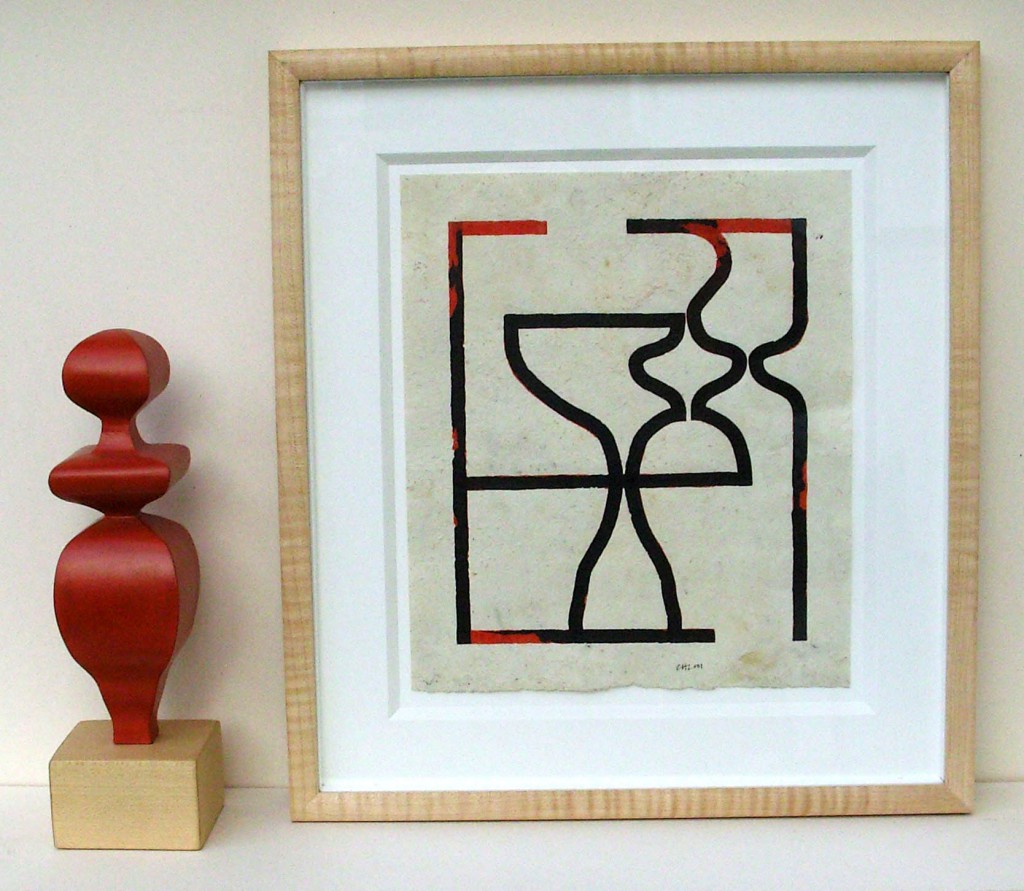 A small attempt to combine my love of Eduardo Chillida drawings, Magdalene Odundo ceramics and Cycladic figurines in a series of two-part works, culminating in this piece – Figure 8.   END_OF_DOCUMENT_TOKEN_TO_BE_REPLACED

This is intriguing. It’s a trailer for a film about Eduardo Chillida, titled Chillida: The Depth of Air & Chillida: Lo Profundo es el Aire, but I can’t tell if the complete film has been made available. I can’t find it anywhere. Maybe it’s not released yet. There’s another version of this trailer on Vimeo – Documentary: Chillida The Depth of Air – an alternative edit. Both of them look great and I’d love to see the whole thing. Memories of San Sebastian and Hernani and Museo Chillida-Leku. 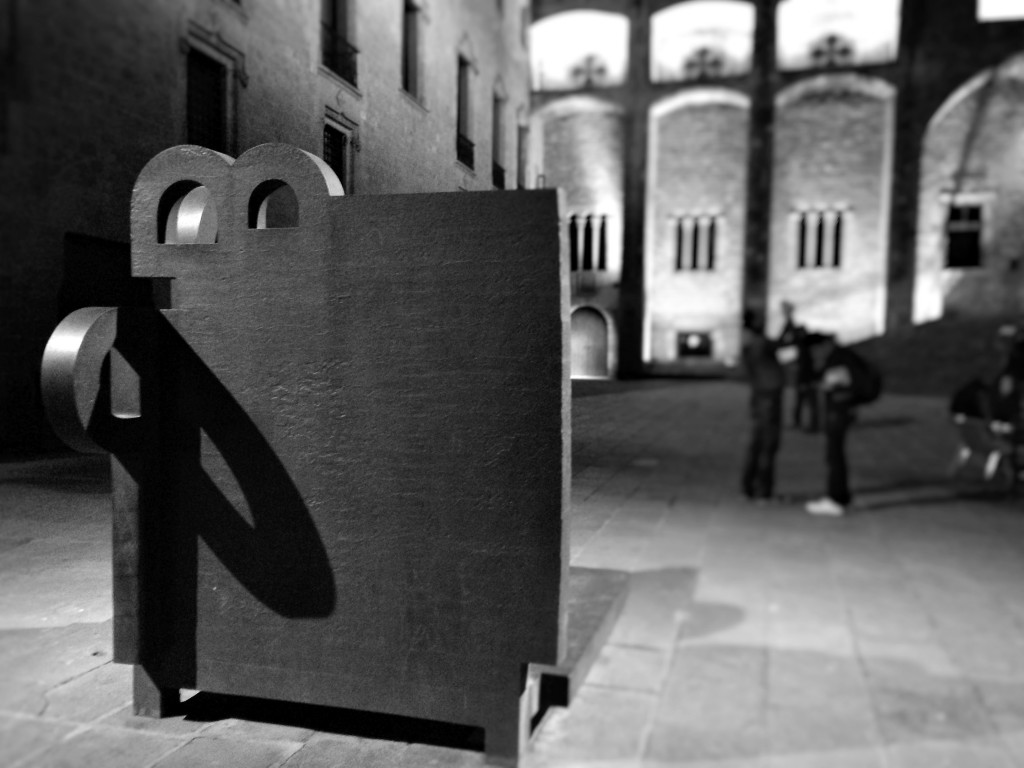 We’d been here before, but last time was such a wonderful surprise we had to come back and show Maura. This is her beautiful photograph of Eduardo Chillida’s Topos V, hidden away in Plaça del Rei in the Gothic Quarter of Barcelona. It seems perfectly positioned, forming a corner of the square, its semi-circular openings echo the medieval arches and suggest a B for Barcelona.   END_OF_DOCUMENT_TOKEN_TO_BE_REPLACED 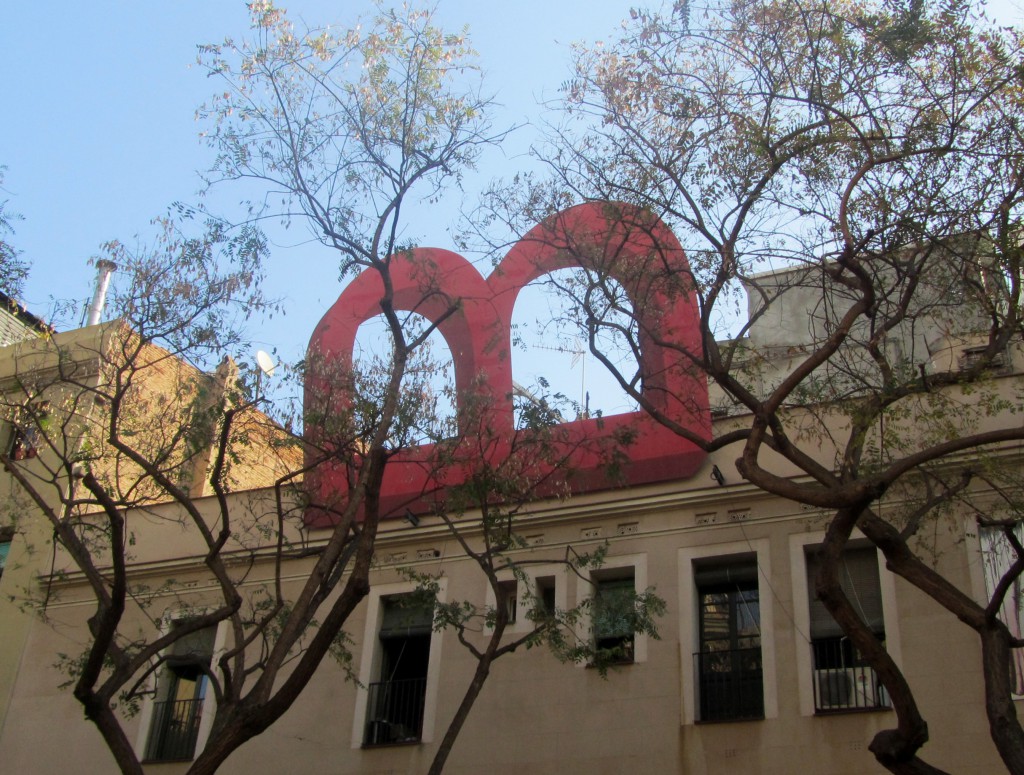 This large letter B is on a rooftop in the Born district of Barcelona. Is it B for Barcelona or is it perhaps B for Born in Barcelona (that old Springsteen classic)? Or maybe it doesn’t stand for either, especially since it’s lying on its back. Maybe it’s B for Brossa, the Catalan poet, playwright and artist Joan Brossa. He liked to play around with letters and it seems to be on the roof of his theatre. We found it when we came looking for Lottie who lives nearby. We met her under the B for Beer. END_OF_DOCUMENT_TOKEN_TO_BE_REPLACED 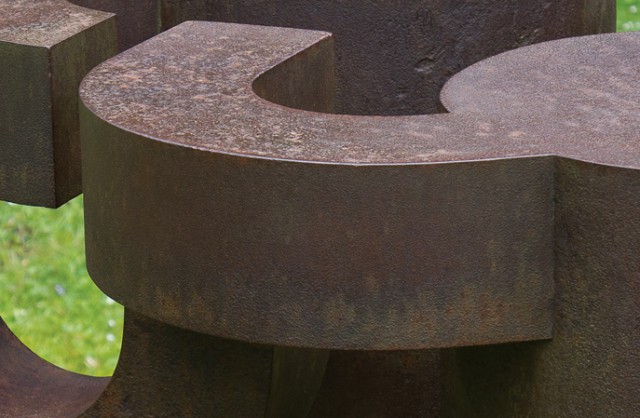 There’s a great little Chillida exhibition at Ordovas until the end of July. It is the first dedicated exhibition of his sculptures to take place in London for almost twenty years. It features work made in steel and in alabaster as well as some of his paper works. There is also a wonderful film by Susana Chillida which is not to be missed; you can see it here – The Artist, his Work and his Art. And if you enjoy that you might also like this – Signs Of Chillida. 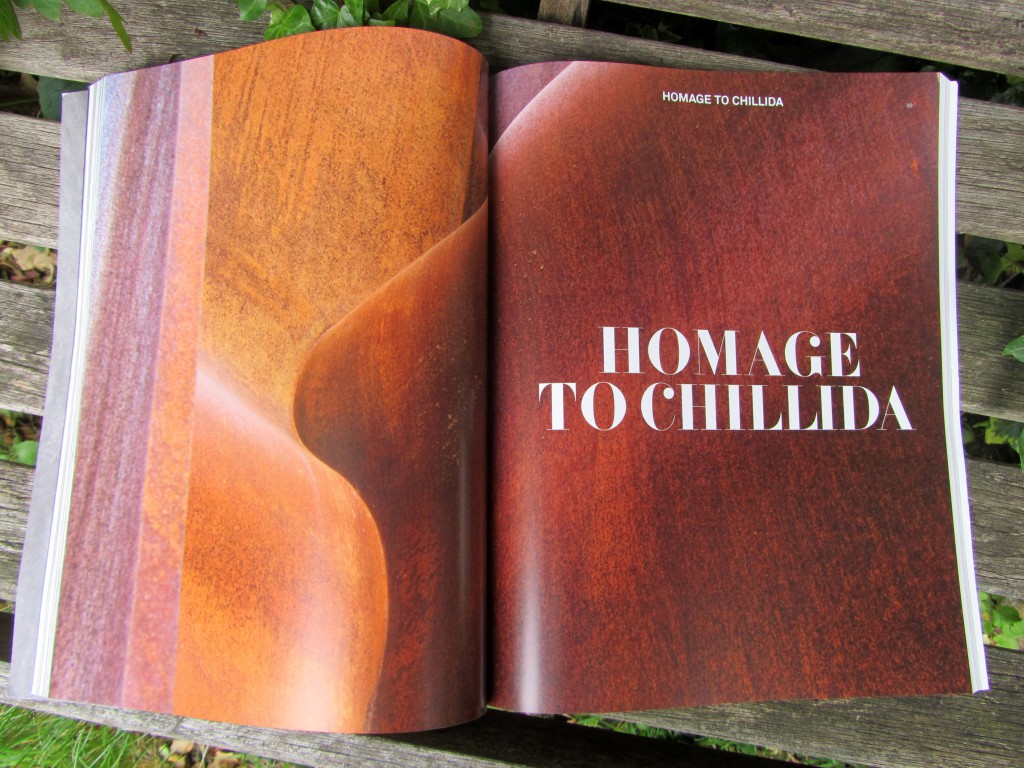 The latest issue of Christie’s house magazine arrived on my desk last week. It was unexpected and a nice coincidence because there was a feature on Chillida, just as I was writing about him: Signs Of Chillida. But what was even more surprising, what made me sing and dance, were four lovely pages of Jelly Green! She was interviewed at home in Suffolk for a piece entitled Rural Revival. END_OF_DOCUMENT_TOKEN_TO_BE_REPLACED