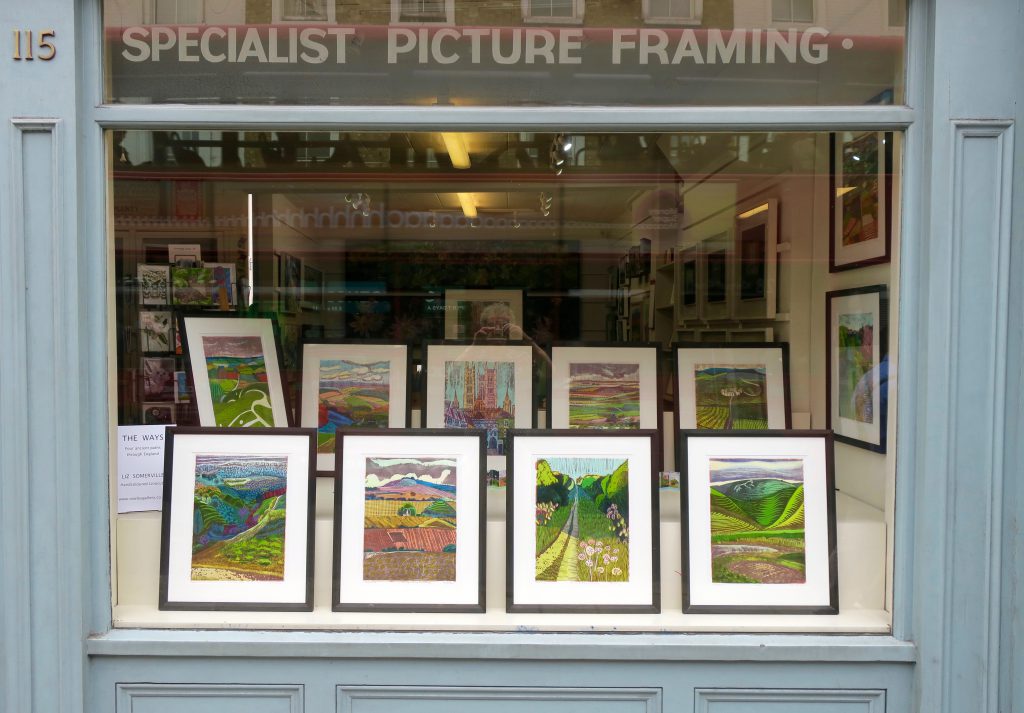 Twelve framed hand-coloured linocuts by Liz Somerville in our window throughout August and September. They’re part of a suite of 48 prints called The Ways, celebrating four ancient paths through England. There’s also a limited edition concertina booklet of all the images in miniature. END_OF_DOCUMENT_TOKEN_TO_BE_REPLACED 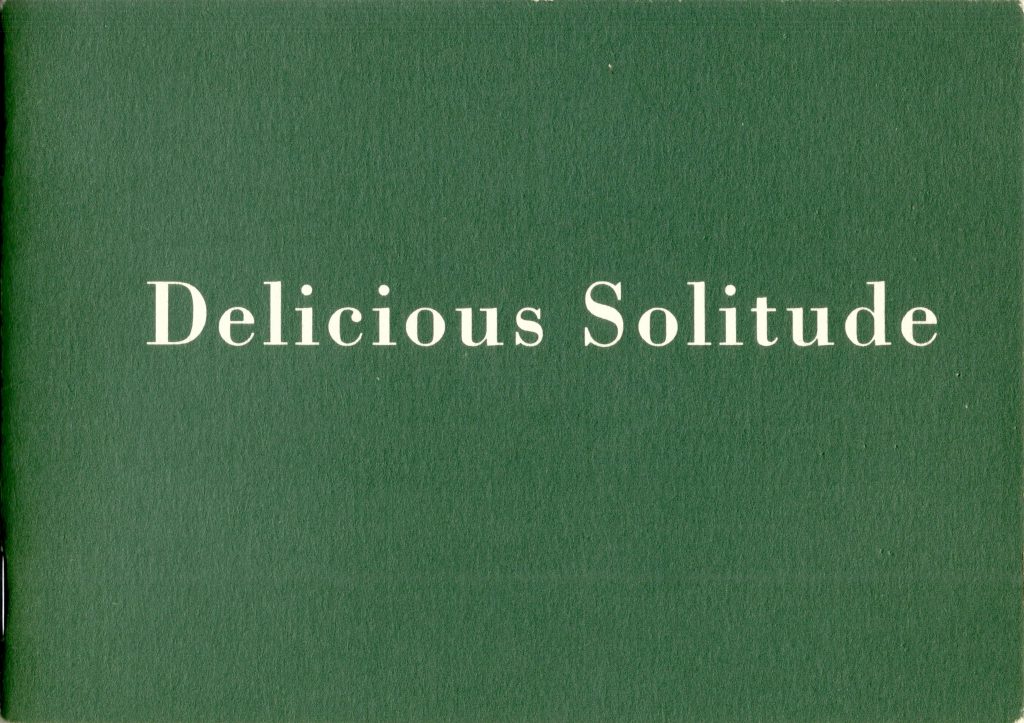 This little booklet is no bigger than a postcard. It’s a pocket book. It was published in 1989 for a joint exhibition of drawings by John Hubbard and photographs by Paul Joyce at the Royal Festival Hall. The exhibition toured to other venues, including Warwick Arts Centre. I didn’t see the exhibition but fortunately I found this book, another discovery in the treasure house that was Notting Hill Books. For many years its tiny reproductions were my only knowledge of John Hubbard’s charcoal drawings, until I saw his exhibition at Kew Gardens in 2006, Spirit of Trees, which included some of the drawings reproduced here. I found this book again today and felt moved to share its pages. END_OF_DOCUMENT_TOKEN_TO_BE_REPLACED 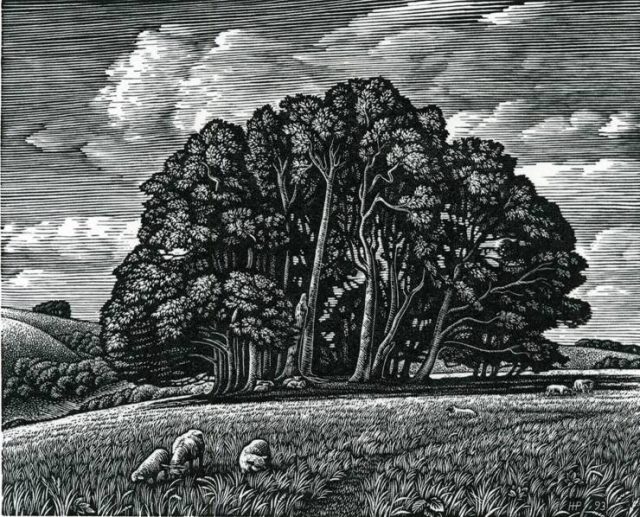 Win Green From Berwick Down

We asked Howard Phipps to fill our window with a display of his wood engravings and linocuts. So it seemed like a good idea to go down and collect them, and take a walk around some of the places that had inspired them. We followed a circuit up to Win Green, a prominent landmark and the highest point in Cranborne Chase, crowned by a clump of beech trees on a Bronze Age bowl barrow. END_OF_DOCUMENT_TOKEN_TO_BE_REPLACED 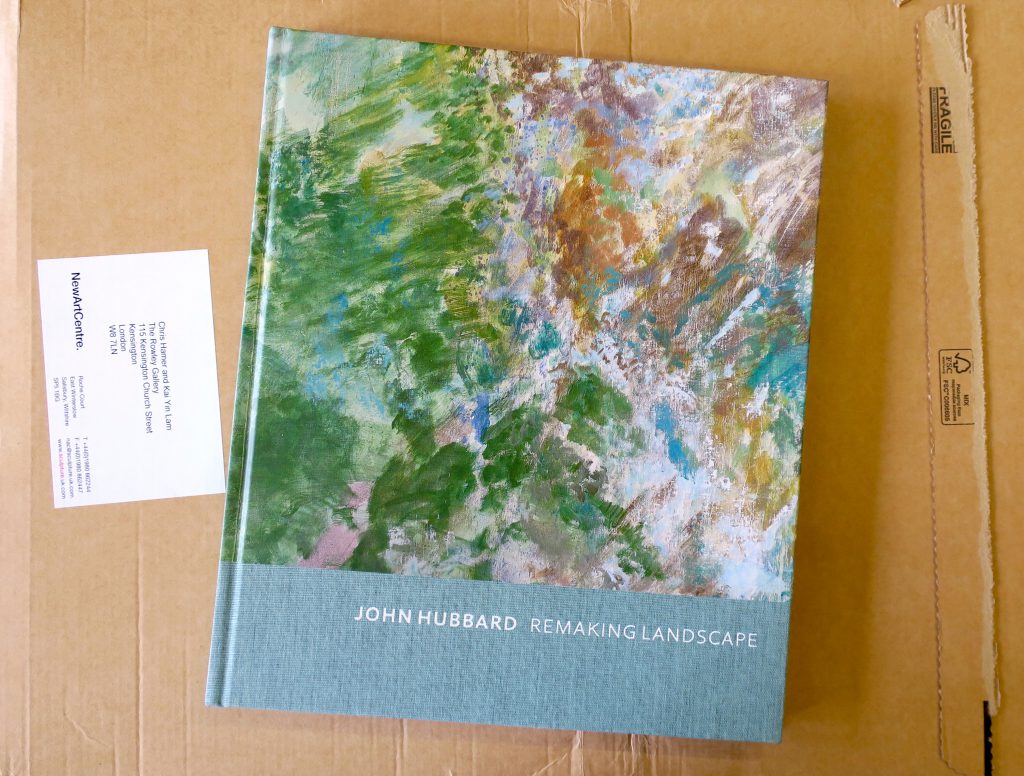 We just received a wonderful gift in the post. A message from beyond the grave. Before his death in January last year, John Hubbard had been putting together what he liked to call his self-curated retrospective; a collection of images with commentaries from his diary gathered together in a book celebrating his lifelong devotion to painting. Remaking Landscape is a thing of beauty. END_OF_DOCUMENT_TOKEN_TO_BE_REPLACED

Tucked away in a hidden valley, garden writer and author Anna Pavord’s carefully considered patch nestles up to the surrounding Dorset countryside. “I wanted to make a handshake between the garden and the wider landscape.”

Having originally met Pavord at a Wakefield and Northern Tulip Society show, photographer and filmmaker Howard Sooley first visited Sunnyside Farm as it was being laid out some ten years ago and is still charmed by its Through the Looking Glass qualities. “It’s as if there is a series of doors leading you from one room to the next with signs telling you to drink the potion,” notes the director.

Such are the rich textures, punctuated by bursts of colour from the shifting tulip, iris, peony moments, and packed with Pavord’s botanical fixations and experimentations… “Even though there is a lot going on, there’s this incredible sense of calmness – the garden never excludes the landscape, it’s always welcoming,” says Sooley. 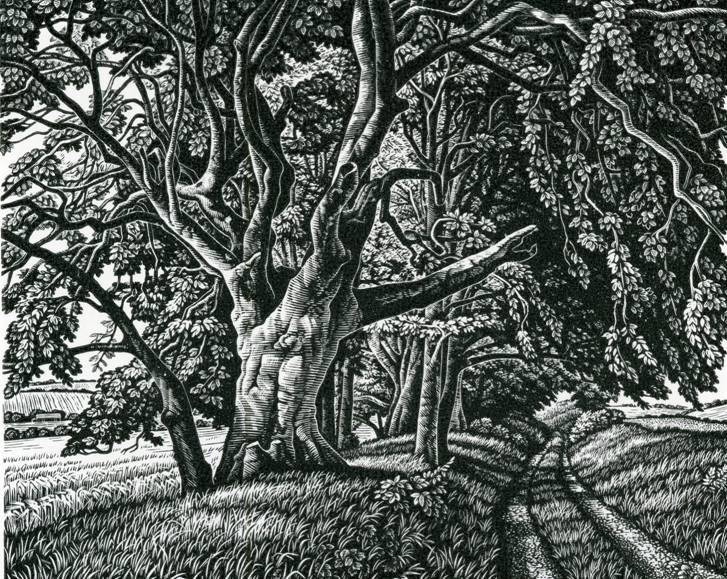 I seem always to have been drawn to trees as a motif in the landscape, possibly because of their strong architectural forms. There are parallels as I am also interested in interior space, and as with interlinking rooms I find receding pathways compelling in the way the eye is taken through the picture plane. END_OF_DOCUMENT_TOKEN_TO_BE_REPLACED

This short film was made for the exhibition, Littoral: John Hubbard in Context at the Luther Brady Gallery in Washington, D.C. in 2013. “People found it fascinating to learn more about where he lives and how he works. His singing was quite a revelation.” It’s a lovely portrait and a touching memorial to a deeply romantic artist. John Hubbard died on 6th January 2017. He was 85. END_OF_DOCUMENT_TOKEN_TO_BE_REPLACED 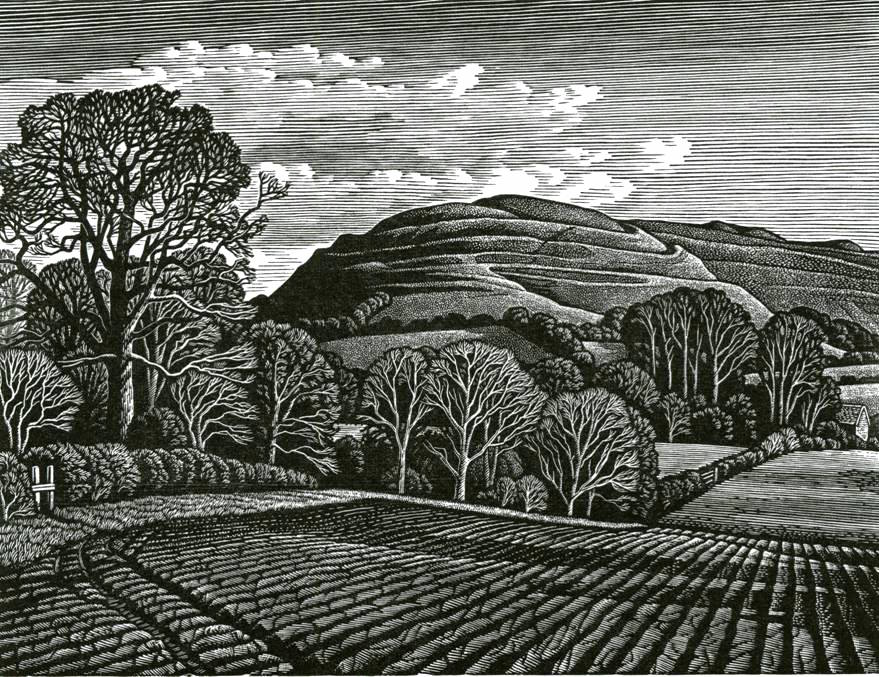 Out of the Wood is an exhibition of wood engravings by Howard Phipps at The Art Stable, Child Okeford, Dorset from 16 April until 7 May 2016. The gallery is situated in the courtyard of Gold Hill Organic Farm, next to the farm shop, and looks out towards the iron age hill fort of Hambledon Hill.

Eggardon Hill in west Dorset, 5 miles east of Bridport, overlooking the Marshwood Vale to the west. The Fort is Iron Age and is at the end of a long, little used, Roman road from Dorchester. On a clear day you can see from the Devon coast to the Purbecks in the east. END_OF_DOCUMENT_TOKEN_TO_BE_REPLACED