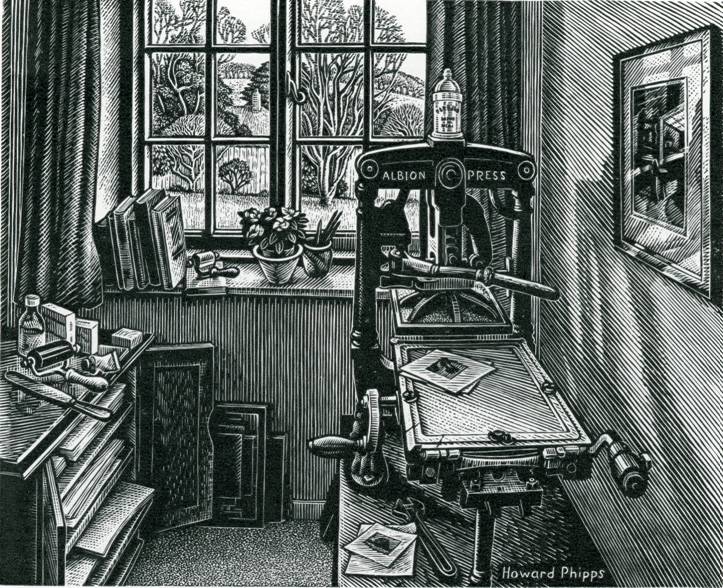 The Dorset Coast: from Chesil Beach to the Isle of Purbeck.

Living in south west Wiltshire I am frequently drawn to neighbouring Dorset to walk some of the paths along its geologically varied coastline. I like to draw or paint on location, and I subsequently develop a number of my observations into wood engravings or linocuts. Both are methods of making relief prints, the former being a very English art form developed by Thomas Bewick in the 18th Century, where the engraving is made on highly polished end grain boxwood, which on completion is inked with a roller and printed by hand, in my case using an Albion Press made in 1862. 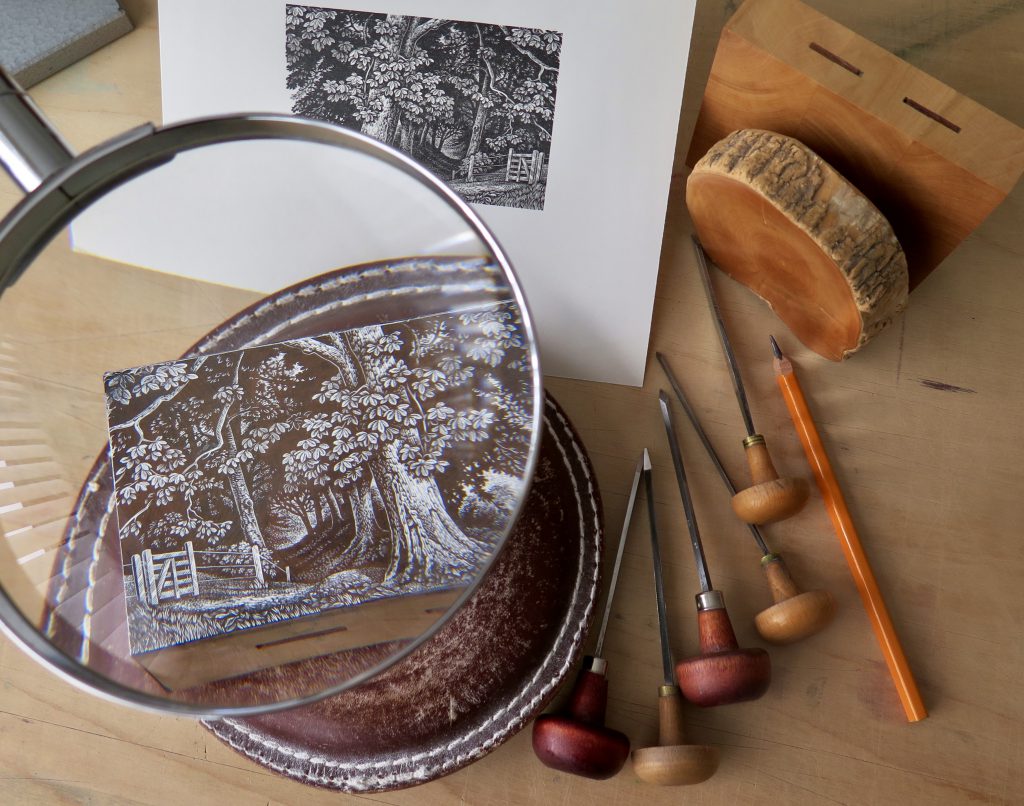 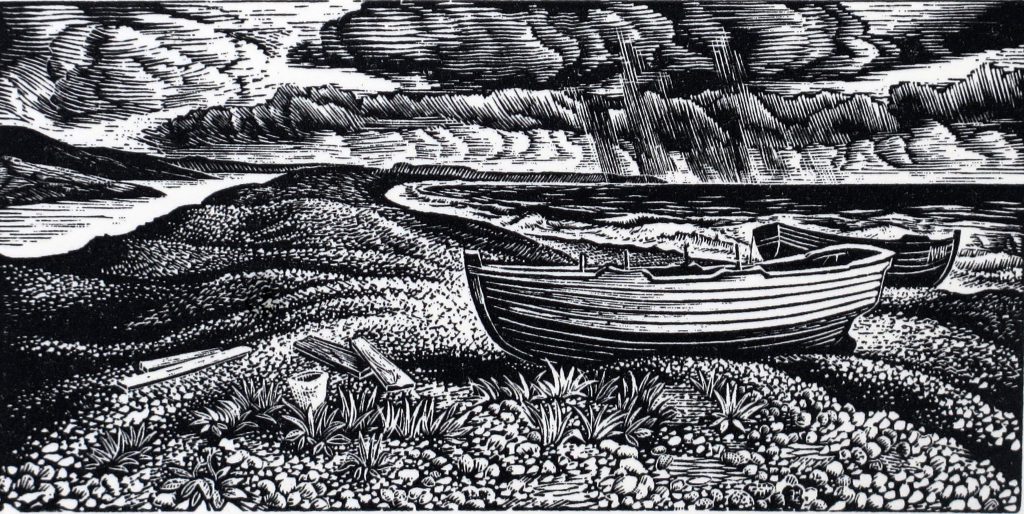 Chesil Beach, an extraordinary shingle bank stretching from West Bay to Portland, has been a favourite subject since I first visited it as an art student. My first response to this place was a wood engraving, Chesil Beach in February, which shows a rain-lashed Portland seen from near the stretch of brackish water that is The Fleet. 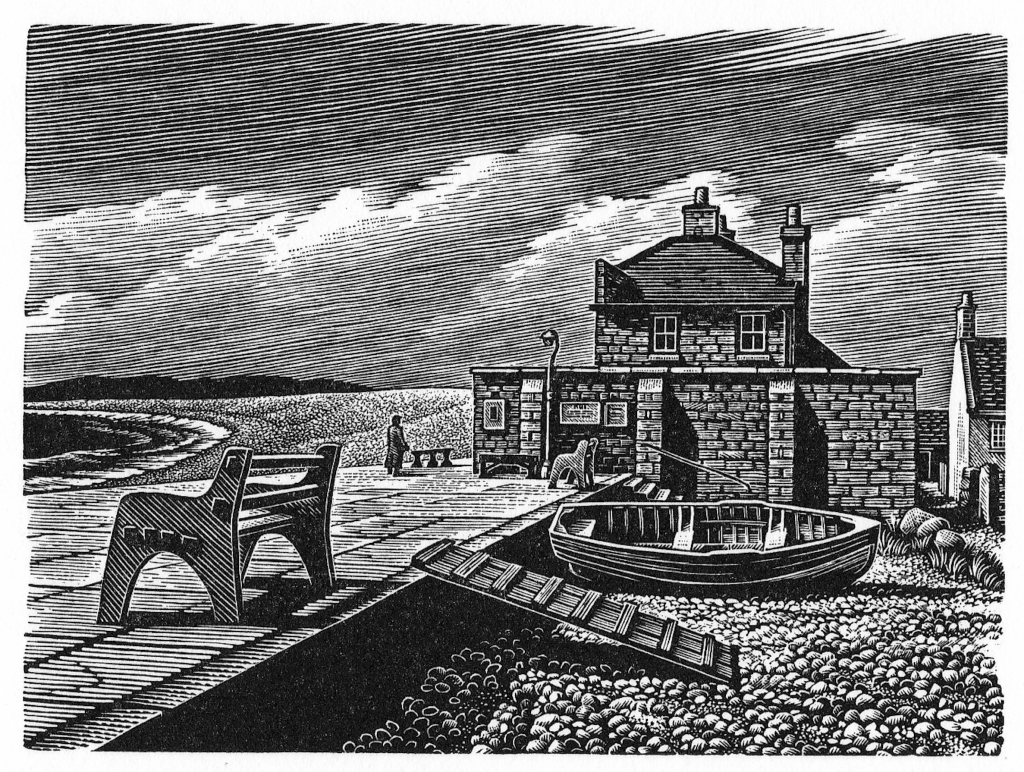 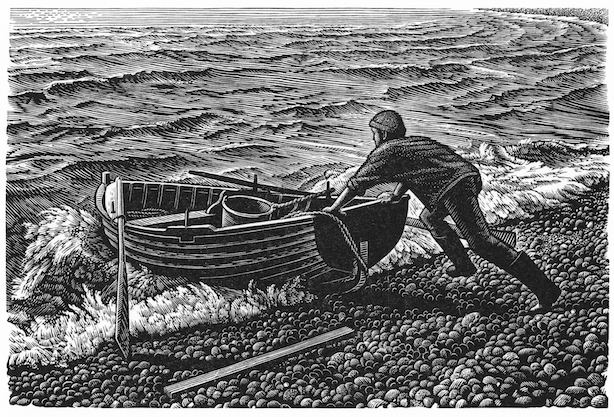 Where the shingle bank ends at Portland, known as Chiswell, there is a protective sea wall, since here the sea came over the top of the beach in a huge storm years ago and damaged property in the small community of Fortuneswell. I have worked here frequently in the past, and I liked to watch the fishermen launch their clinker built boats into the surf with a shove and a nimble jump on board. Sadly there is less evidence of these beautiful timber built boats on Chesil Beach nowadays. Portland itself is island-like, being reached by a causeway, with the Fleet on the west side and Weymouth Bay to the east. The road soon climbs to a plateau, bypassing the characterful Chiswell. 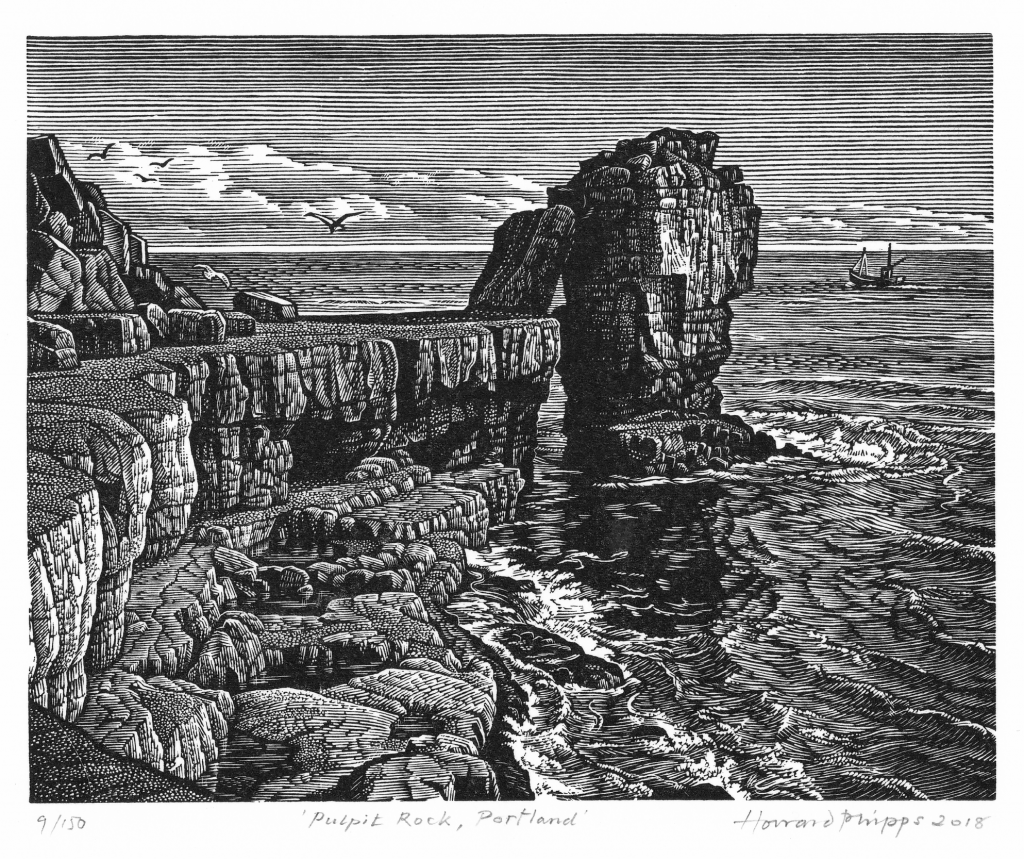 In more recent times I have been exploring the dramatic cliff structures along the Dorset coastline, and recently made an engraving of Pulpit Rock on Portland Bill. Signs of the quarrying of Portland stone are everywhere, this block of stone leaning like a large book on its shelf intrigued me. 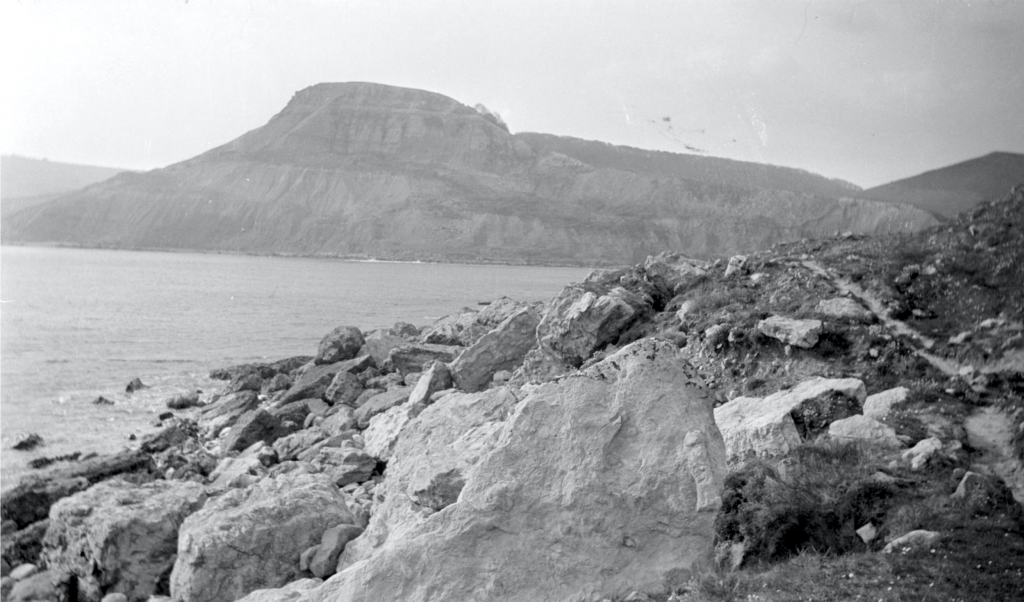 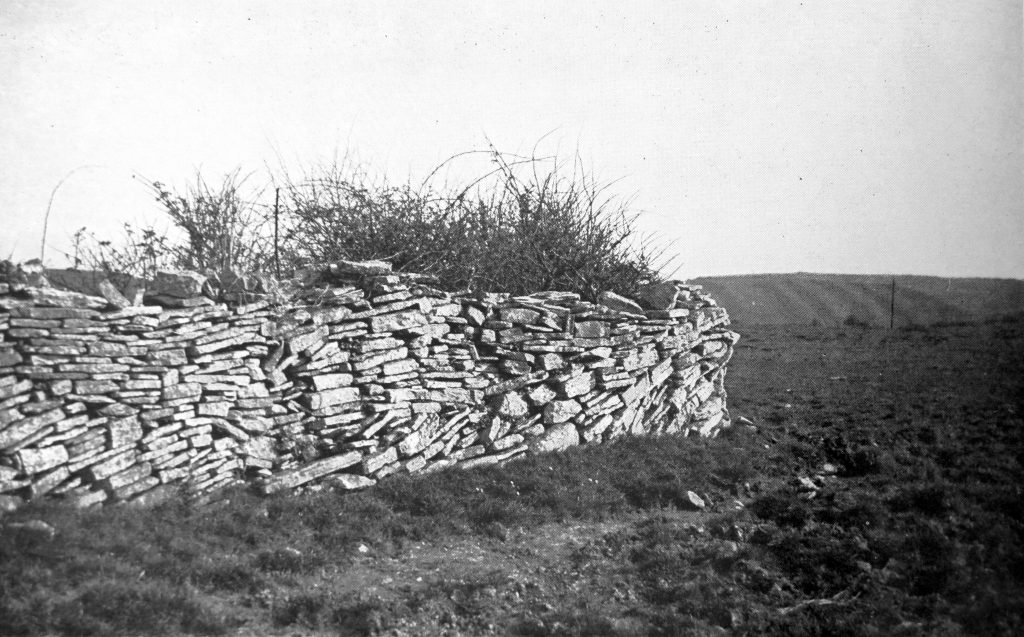 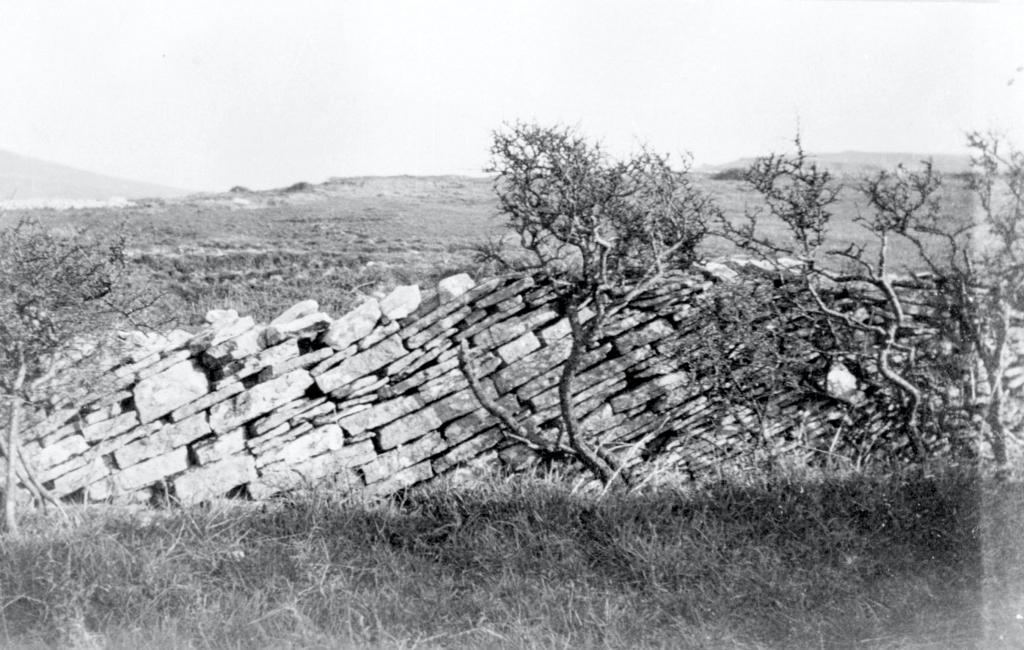 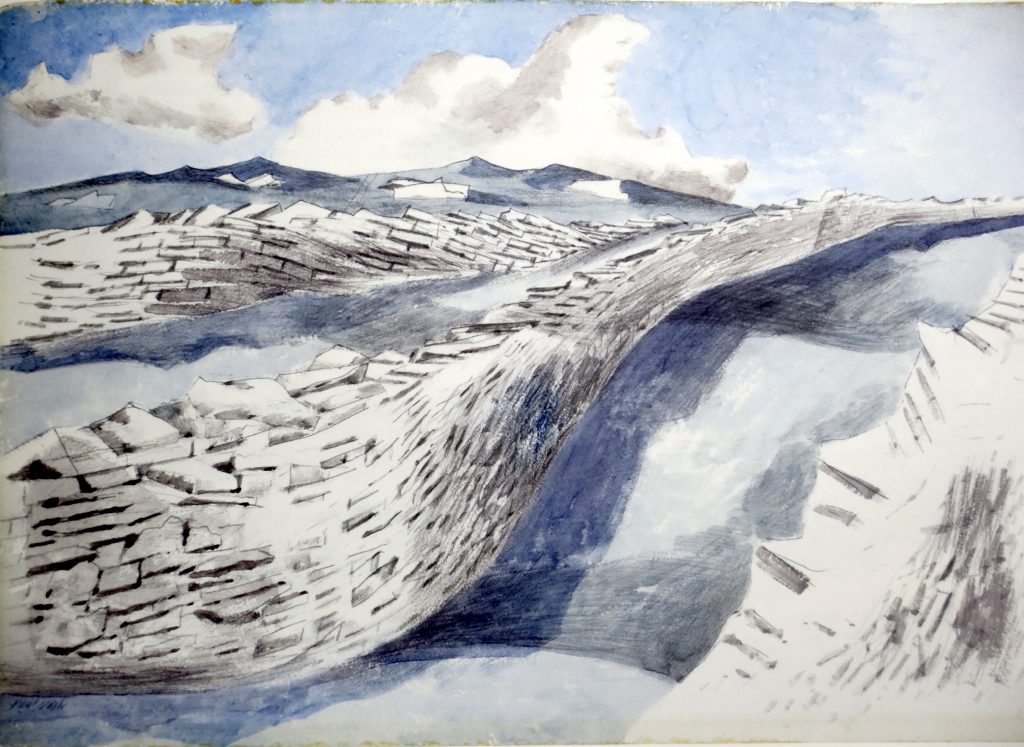 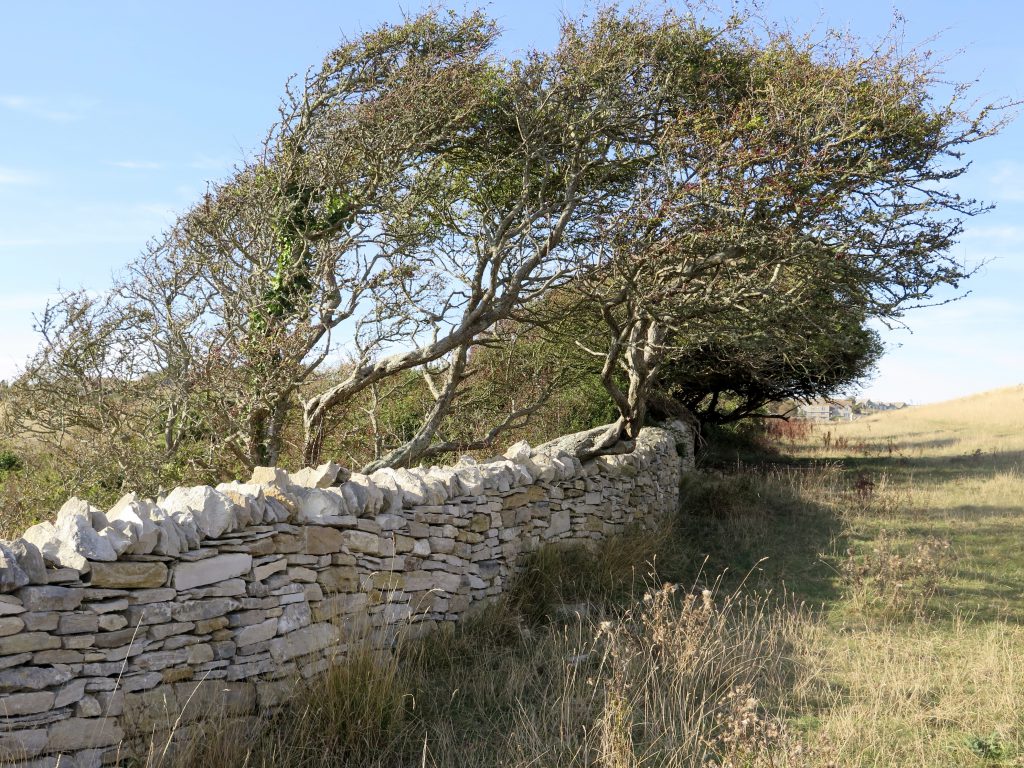 During the early summer of this year I headed to another of my favourite parts of Dorset, the Isle of Purbeck, also famous for its stone, quarried for centuries, and still so today. I planned to draw the precipitous Houns-tout Cliff with its sweeping shapes to left and right and a jungly undercliff falling down to the sea at Egmont Point, which reminds me of a title from a Beethoven composition. (Incidentally the term ‘tout’ appears to refer to a vantage point, and crops up I notice in a number of names for landmark hills in Dorset). The bay below is named Chapman’s Pool, the surrounding grey cliffs are soft, and rockfalls can occur unexpectedly, more especially after bad weather, as I observed on one occasion when four people sitting on the beach below made a rapid retreat to the water’s edge. I wanted to draw the Houns-tout Cliff from a distance, and walked from the village of Worth Matravers to join the coast path high above Chapman’s Pool. It is a relatively flat walk through fields with dry stone wall boundaries, similar to those which the painter Paul Nash photographed and painted in some of his compositions, from when he lived in this area. 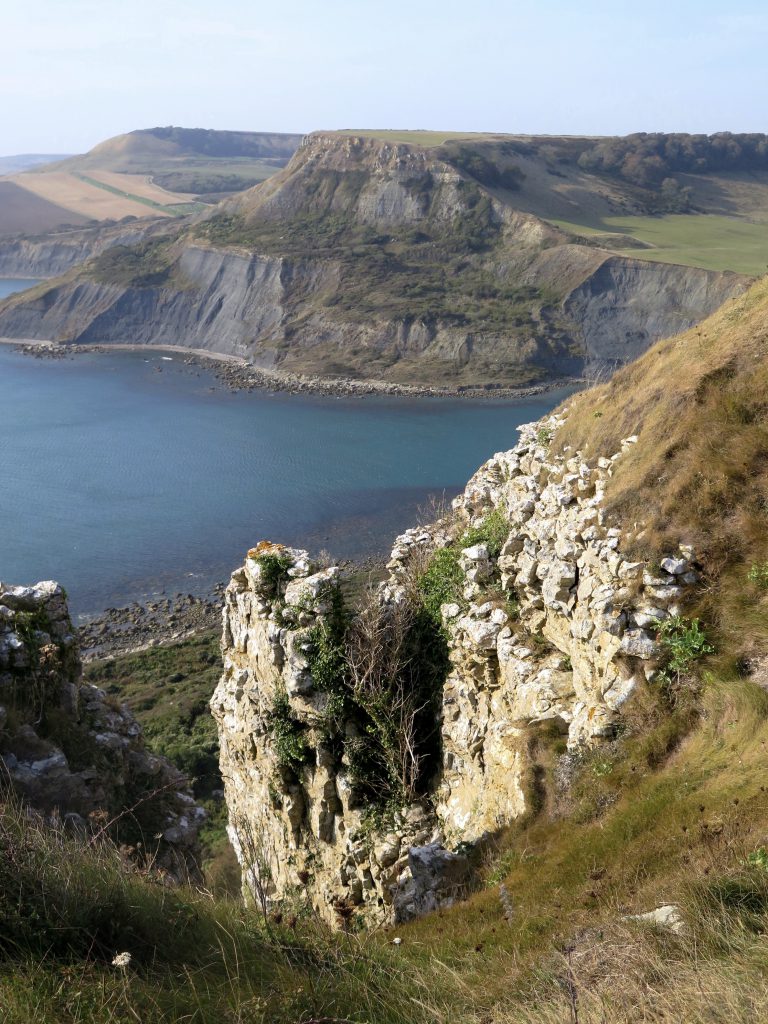 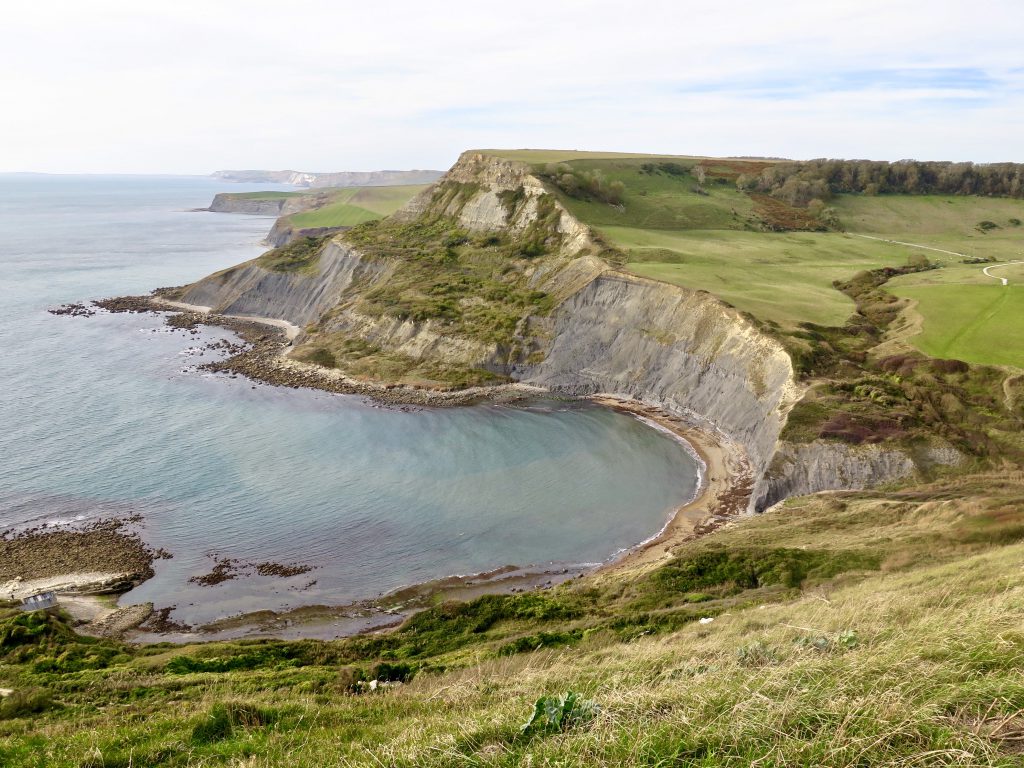 Walking south, along the coast path, towards St Aldhelm’s Head is also flat initially, however dramatic outcrops of limestone soon become visible after which there is a sudden very steep descent into a dry valley, and V like in shape, a similarly steep ascent is in prospect on the other side. 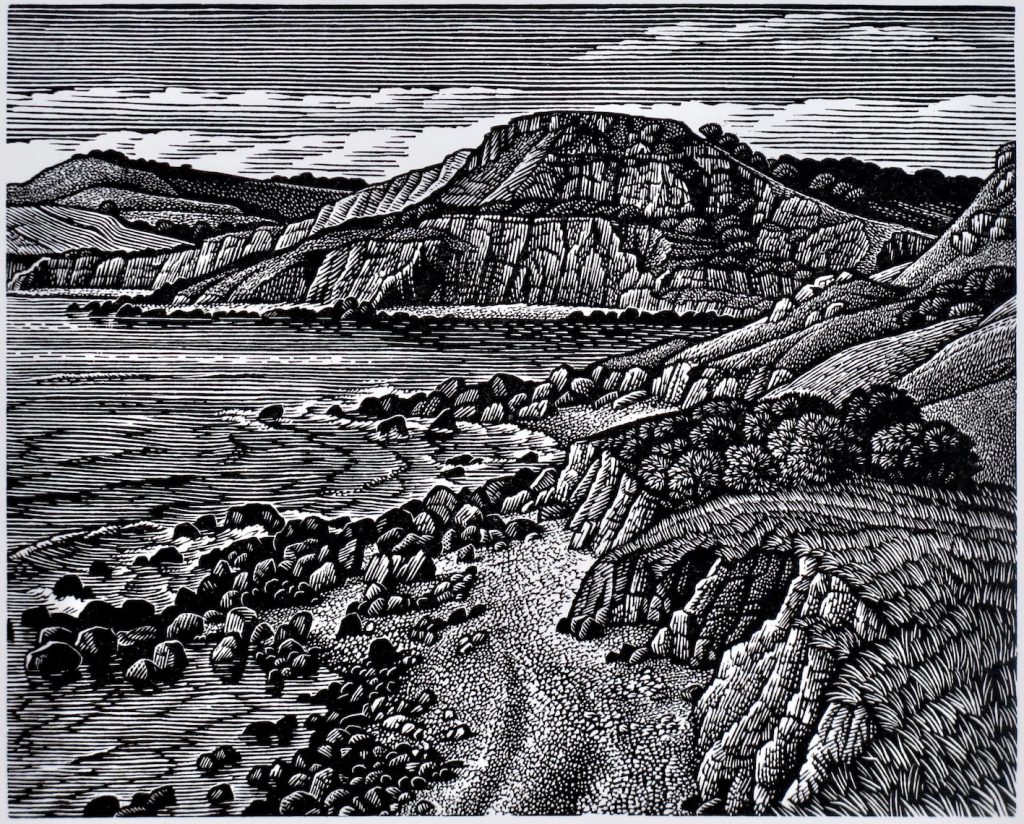 At the foot of this hill though I head for the undercliff, down a very precarious path, this to give me a foreground of the foreshore and the perspective I was seeking on Houns-tout and I settle down here to draw the variety of shapes this subject offers. 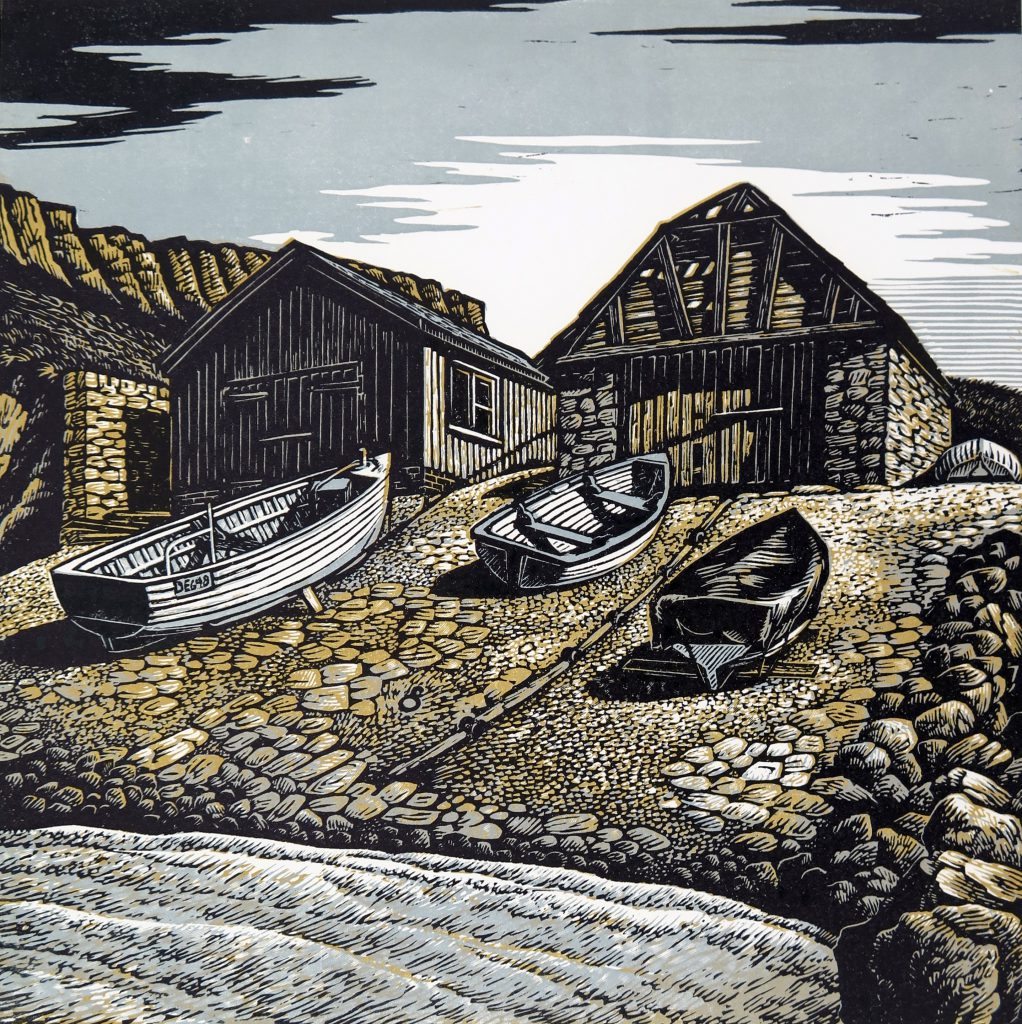 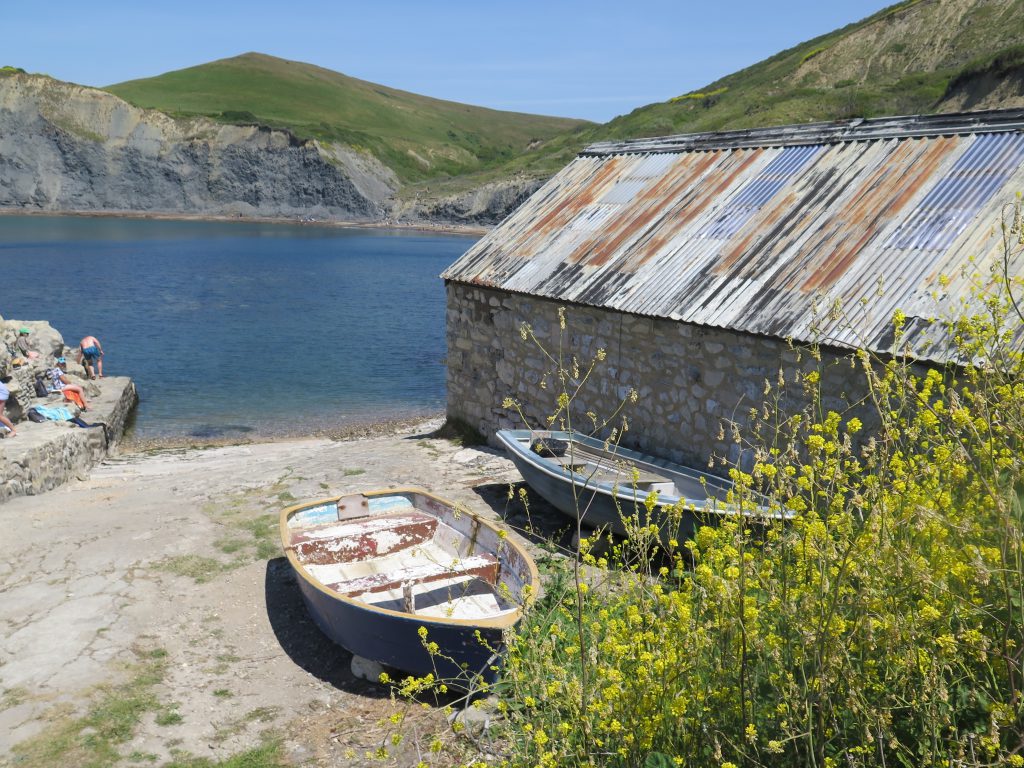 Only the entrance to Chapman’s Pool is visible from this point, however I did make a linocut, using 3 blocks for the colours, of the boathouses there some time ago and the the limestone cliffs just described are visible as a backdrop. When I first made a watercolour of the boathouses a number of the stone tiles were missing from the hip-roofed building which made for some interesting shapes. The repaired boathouse is now watertight but sadly is visually less interesting.

Climbing upwards again to the plateau of St Aldhelm’s Head, coastguard buildings become visible, and a simple square chapel with a Norman doorway. The ever changing coastline as far as Portland is laid out before you from here, first the grey shale beds of Kimmeridge, then the chalk cliffs around Lulworth. During this summer several cruise ships have been moored in Weymouth Bay, made redundant as a consequence of the pandemic restrictions. Such ugly vessels – in waters where ocean liners with beautiful forms might once have been observed, at this distance they are fortunately just shapes in the atmospheric haze. 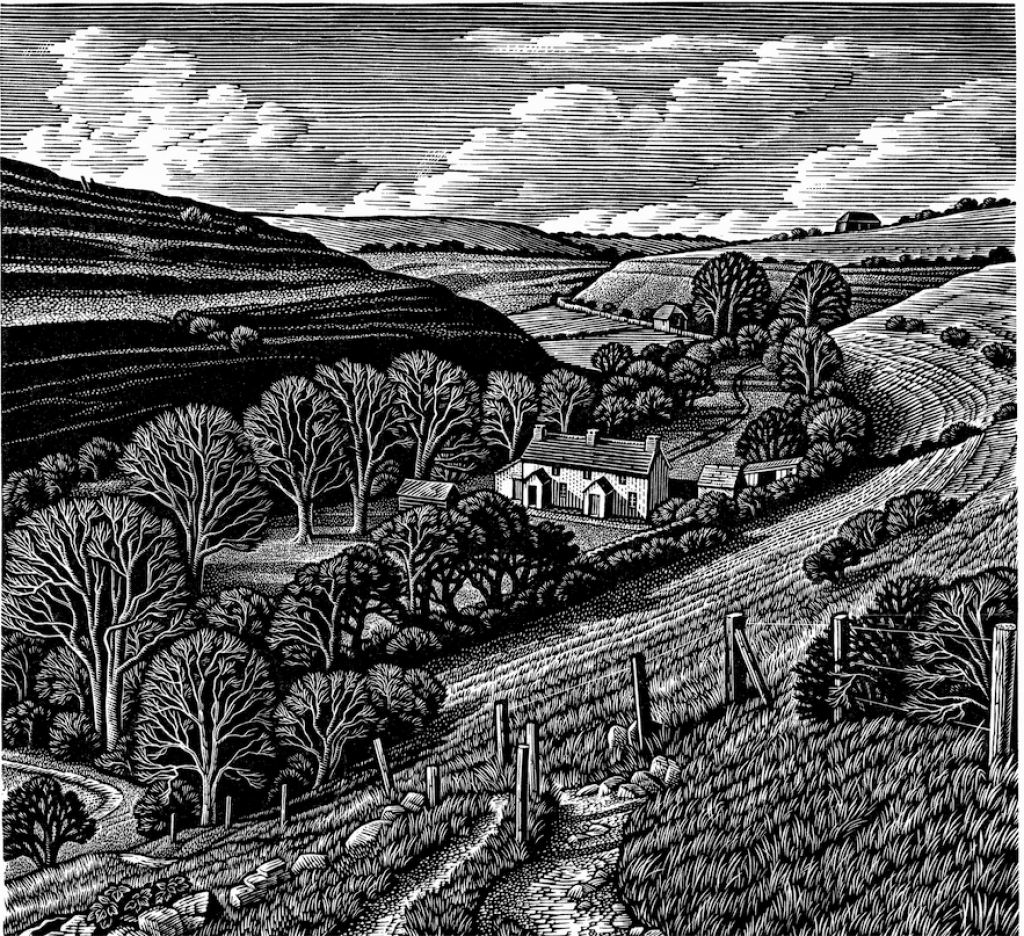 A couple of miles east from the headland the walker reaches the Winspit valley and its associated, now redundant, quarry workings situated on ledges above the sea from where cut stone would once have been lowered using derricks onto barges below for transport along the coast to Swanage. 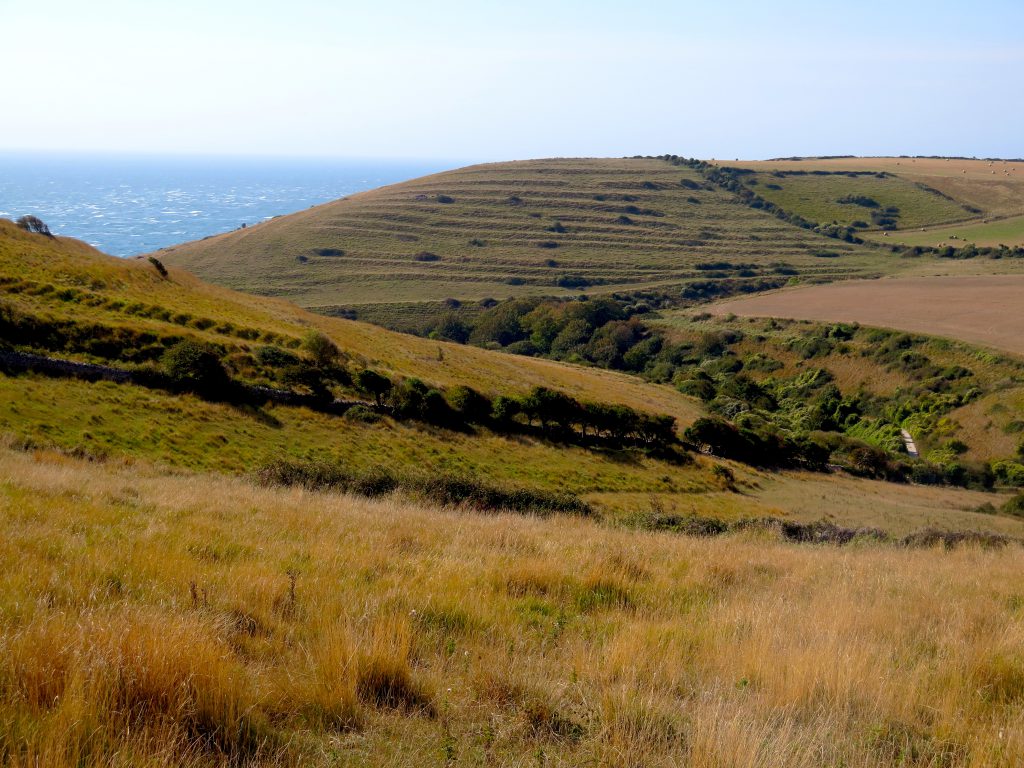 I have drawn and painted here on several occasions and the old quarryman’s cottage always caught my eye as a focus in between two hills, West and East Man, their distinctive strip lynchets following the contours of the ground. Their form is defined in my wood engraving because of the low winter light, making contact with the pale trees and cottage. The foliage in summer is dense, and largely hides the cottage nowadays. 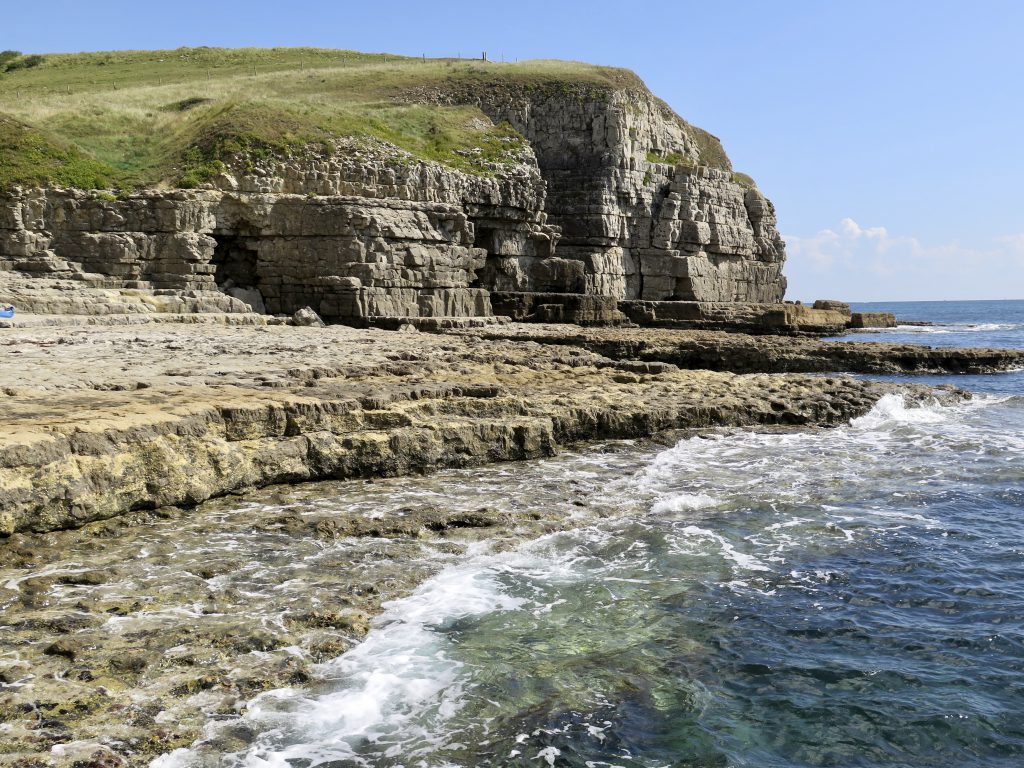 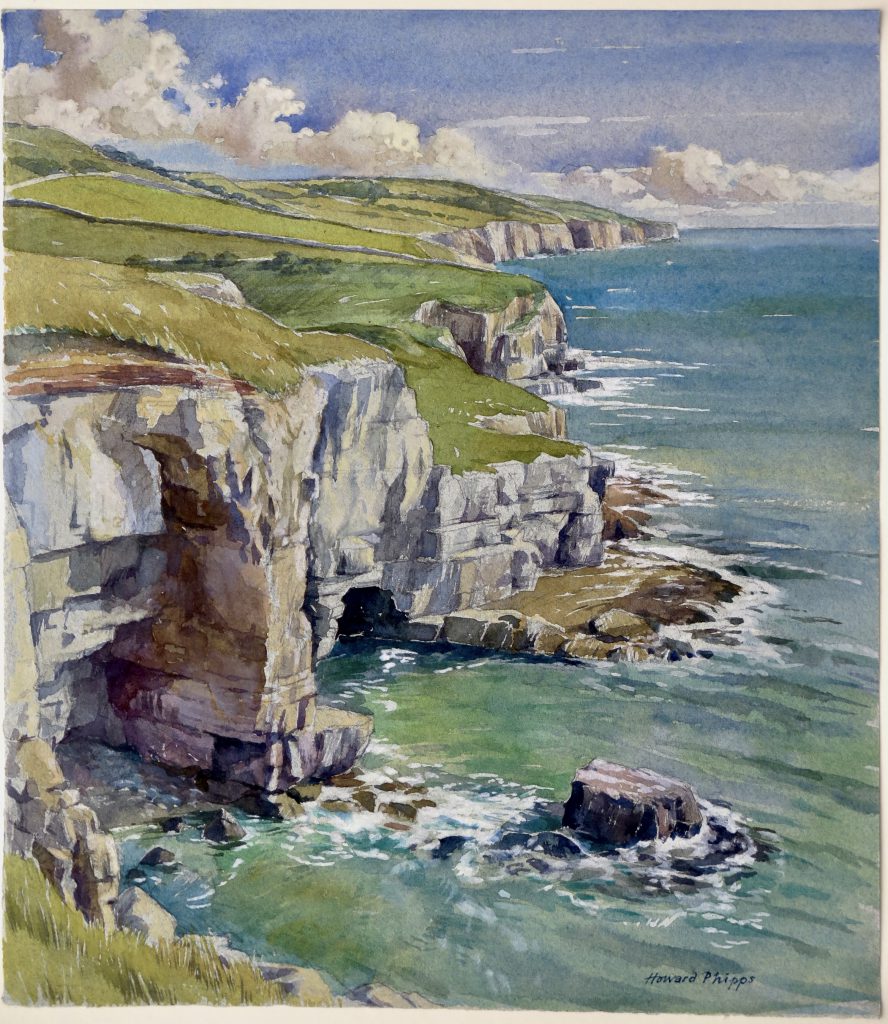 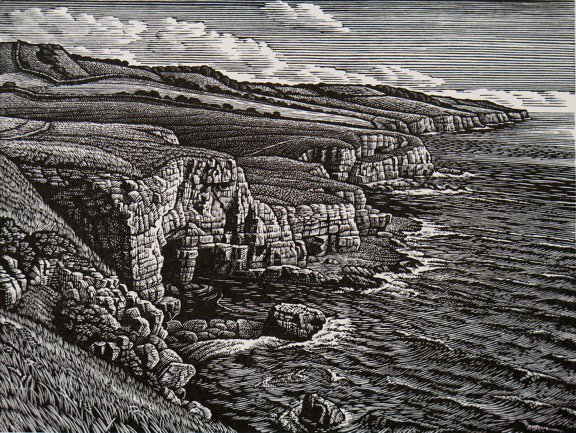 It is possible to swim from the rock ledges at Winspit, although I prefer the next bay along to the east – Seacombe. The water is always so clear, and the landward view is wonderful, giving a fresh perspective on the soft rounded hills and the dry stone walls sweeping down towards the cliffs, in contrast with the so solid foreground of ledges and distinctive rock strata. 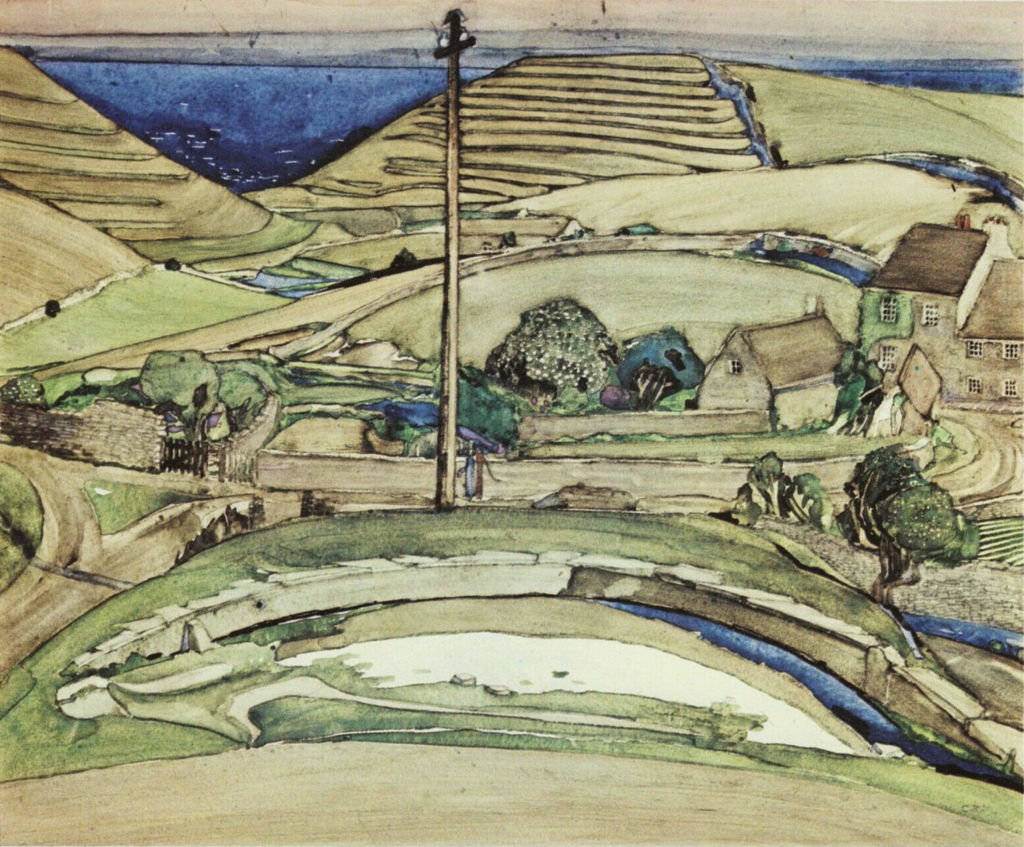 A swim is an exhilarating way to end a day on Purbeck before the uphill tramp back to the picturesque village of Worth Matravers, where another artist, Charles Rennie Mackintosh also once stayed. Indeed he too was taken by the West Man Hill with its strip lynchets and made a watercolour of it from the village pond. 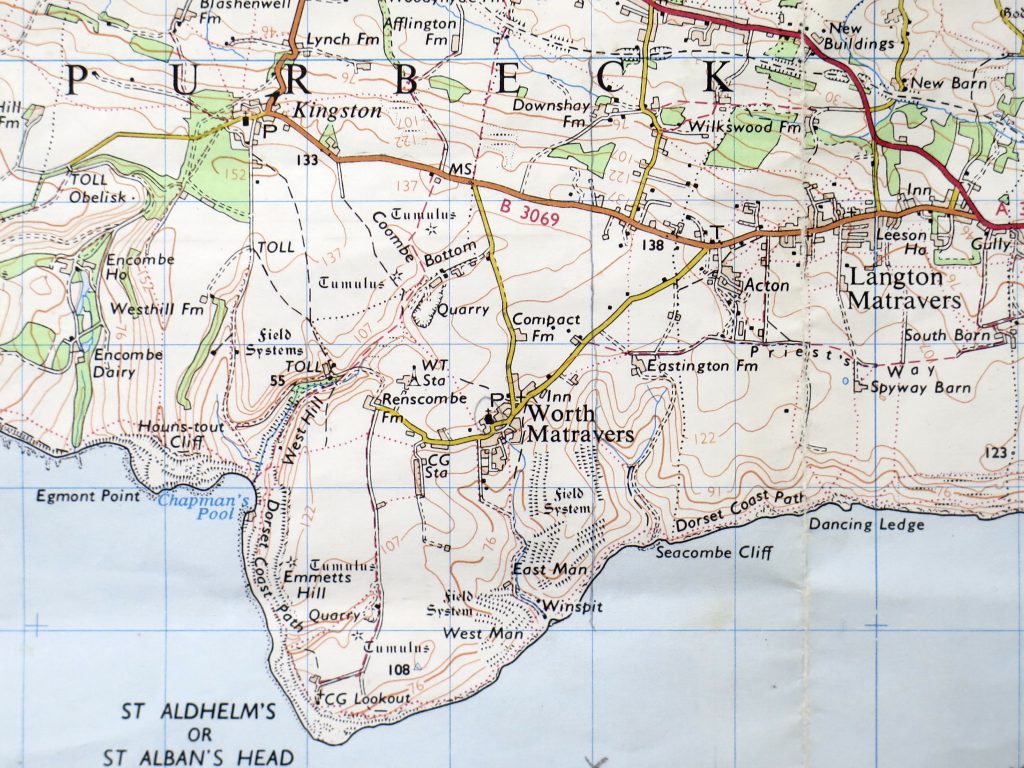