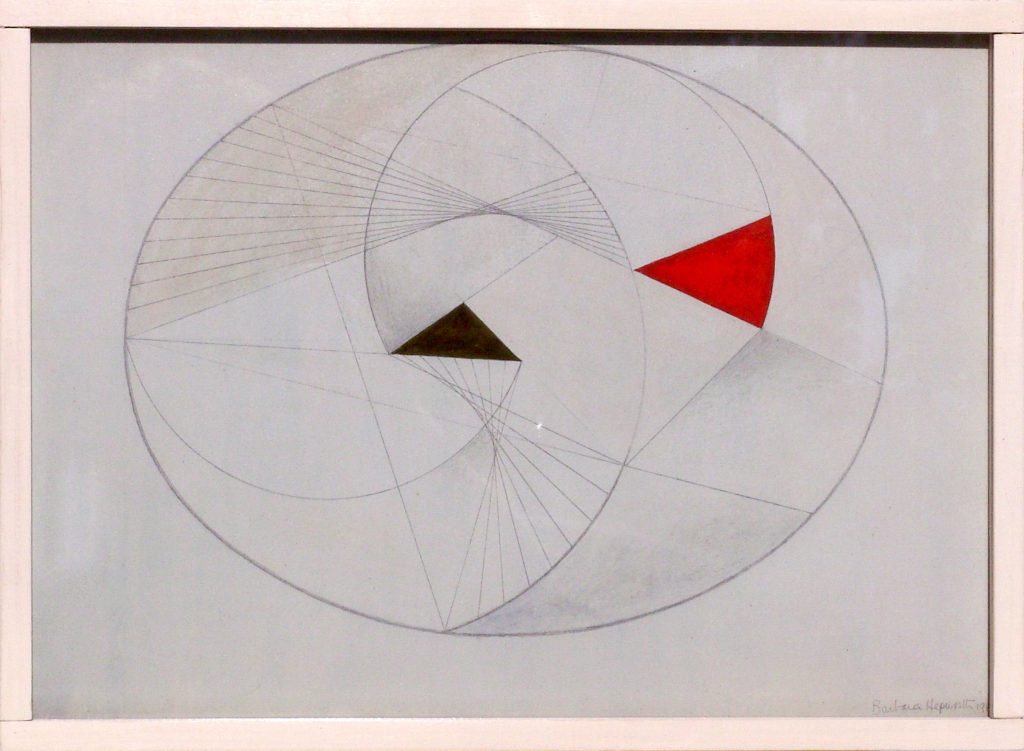 Oval Form no.2 by Barbara Hepworth, pencil and gouache on paper, in a frame constructed by Ben Nicholson, was recently sold at auction. We were asked to frame a photograph of the drawing. Making the frame was like making a Ben Nicholson construction; it was a great privilege. I used a simple pine moulding, the horizontal sides overlapping the vertical sides, and painted white. 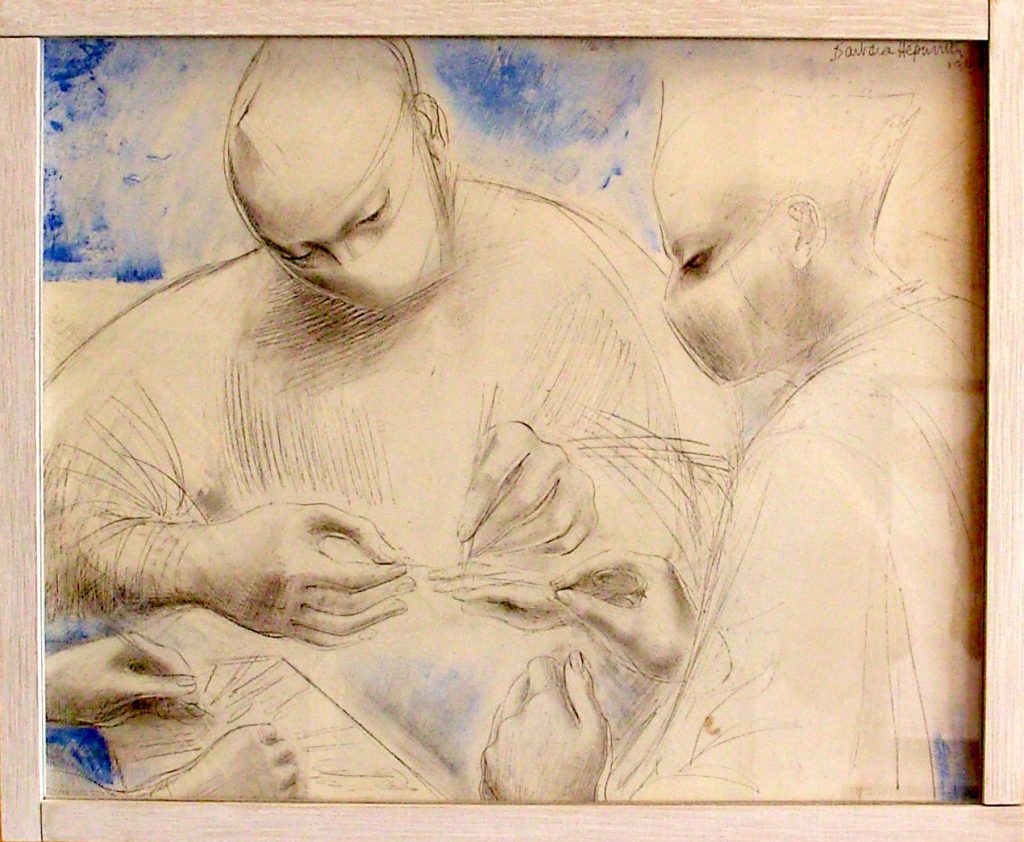 Similarly, a photograph of Trio (Tendon Transplant) by Barbara Hepworth, oil and pencil on board, was framed in a white-washed oak moulding, but with corners overlapping anti-clockwise. 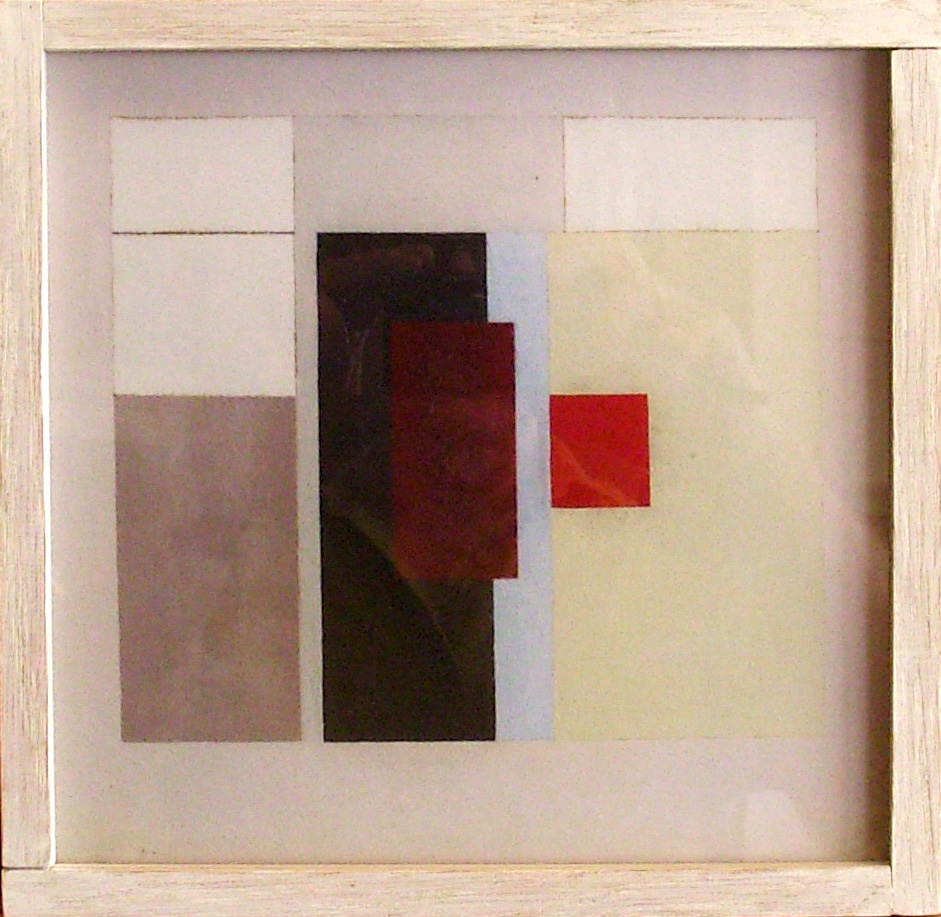 Project by Ben Nicholson, oil on cardboard, another photo, this time in a narrower white-washed oak moulding, with corners overlapping clockwise. 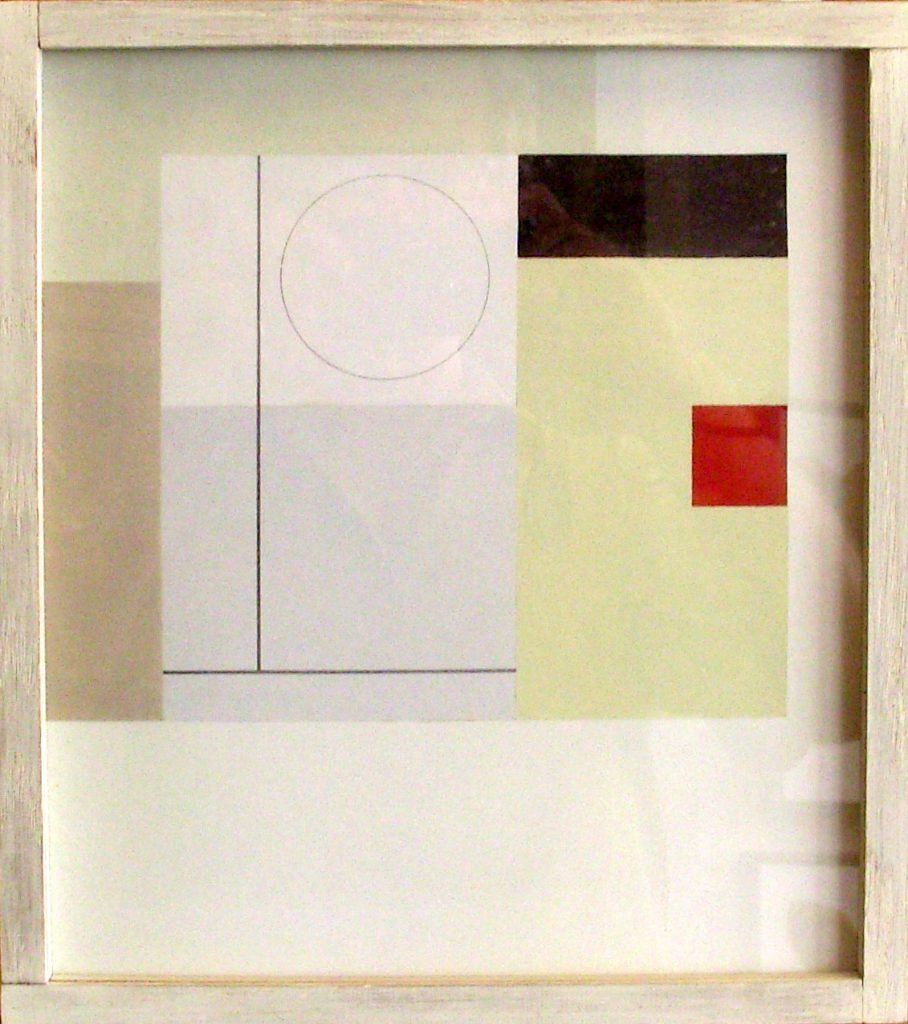 1943 (painting) by Ben Nicholson, oil on board, also a photograph, framed in the same way. 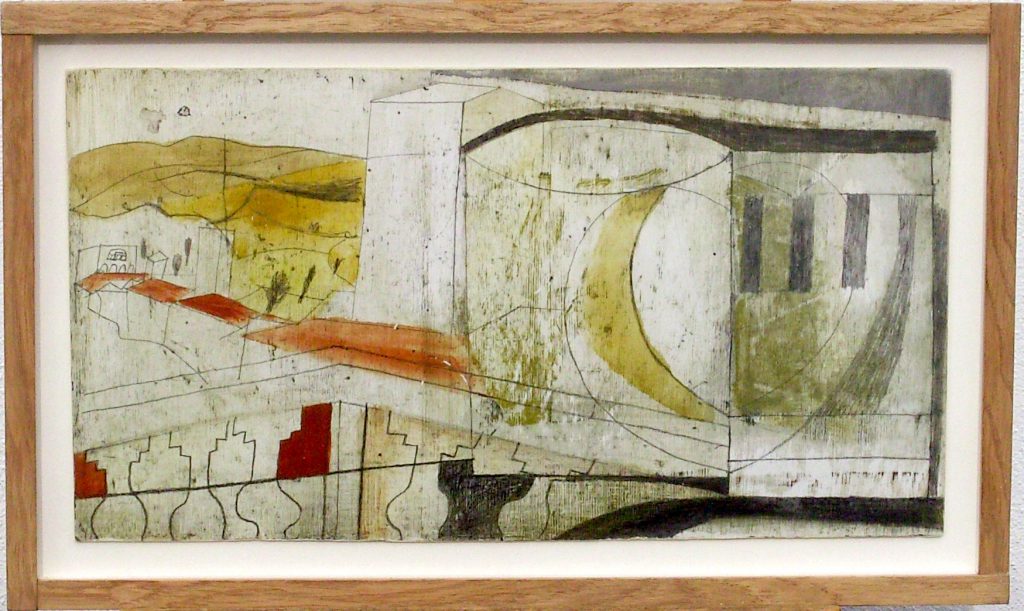 A photographic facsimile of San Gimignano (Crescent Moon) by Ben Nicholson, pencil and oil on board, in an anti-clockwise unpainted oak frame.

Lastly, and my favourite, Bus Ticket by Ben Nicholson, oil and pencil on panel, signed and inscribed ‘Redd/from/Ben’ (verso), also in an anti-clockwise unpainted oak frame.

‘The 24 bus passes the bottom end of Parkhill Road on its way from Camden Town to Hampstead; among its most important stops in the West End is Tottenham Court Road. Nicholson made a small number of bus ticket objects in which he recognised the compositional and decorative effect of lettering which he saw on placards and signs’

“Such a wonderful collection. I visited Cyril when I was doing a Winifred Nicholson exhibition and remember wanting to steal some of the small works by Ben. Particularly the bus ticket!”

4 thoughts on “Some Nicholson Frames”