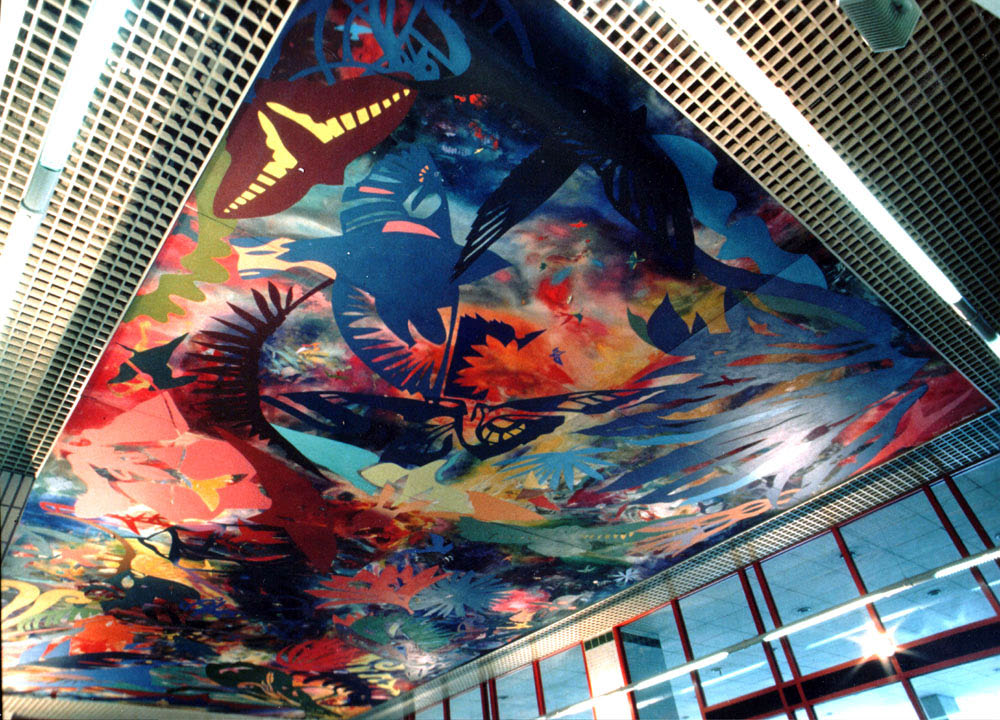 In 1987 I was commissioned by Ian Simpson Architects to make a ceiling mural for the new entrance lobby at Charing Cross Hospital, Hammersmith as part of a major refurbishment of the ground floor. It took more than a year to complete and was finally installed in 1989 after I had also worked on the mural while it was up on the ceiling. 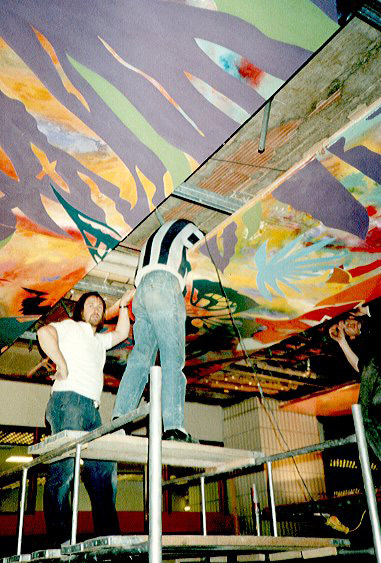 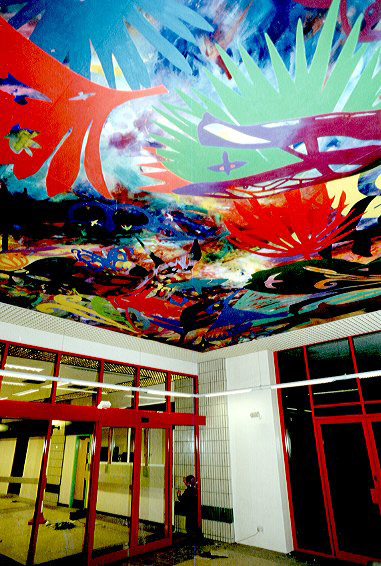 The mural was made in twelve panels each approximately 9ft x 6ft making a total area of 18ft x 36ft, making it one of the largest ceiling murals in the country. The panels were completed in the studio using acrylic on canvas. These were then attached to wooden panels on site in the hospital which were then fixed to the ceiling via a metal framework. The title and theme of the work is Garden of Delights. It uses complex decorative abstracted shapes derived from birds, flowers, plants, trees, butterflies etc. overlaid onto an atmospheric painterly background. The intention was for the work to be decorative, celebratory and visually complex. In an environment which is often an anxious and depressing place to be the intention was for the mural to be dynamic, joyful, colourful, optimistic and uplifting. 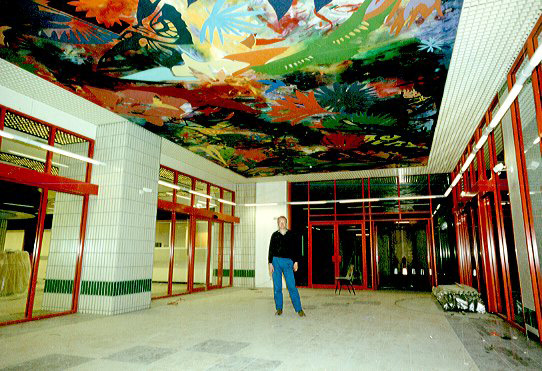 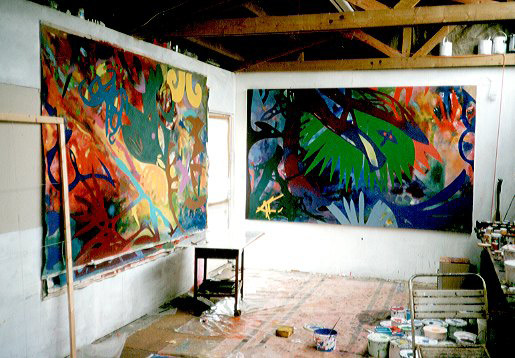 Mural panels in progress in the studio 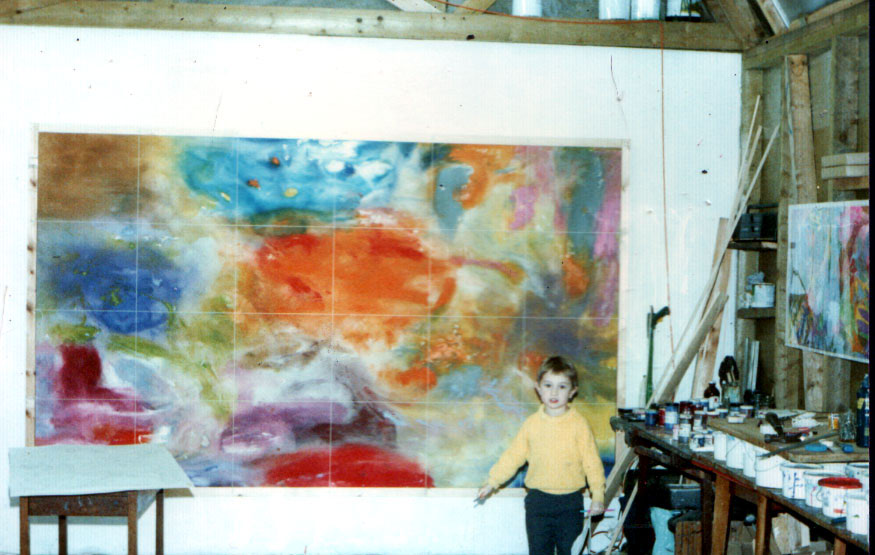 Toby and mural in progress 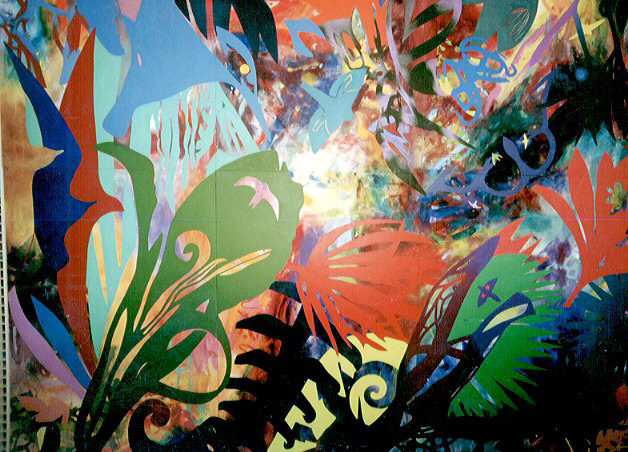 Approximately ten years later the mural was removed as the hospital was making major alterations again. I wasn’t aware of this happening at the time and later assumed the panels were lost. I heard no more for some time. Subsequently the panels were found in storage at the hospital and the art officer at the time tried in vain to find other hospitals to install them. Time passed and recently along came the marvellous Lucy Zacaria and Natalie Craven who are part of a new team looking after the art collection for the Imperial College Healthcare NHS Trust, and part of their group is Charing Cross Hospital. They wrote to say they had recently discovered a number of my paintings in a storage area at the hospital which had been hung as an installation on the ceiling in the main reception area. 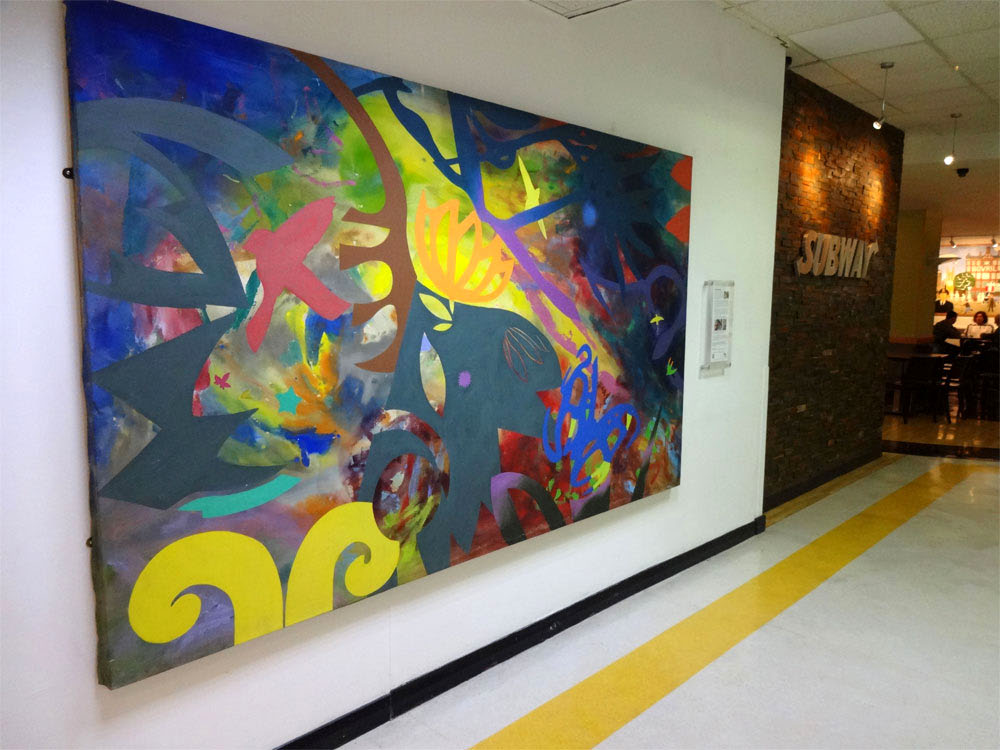 And to my delight two of the panels have been hung on the walls on the first floor of the hospital, one in a busy reception area close to the restaurant. Each panel has an accompanying information sheet with details of myself and the original mural. I recently went to see the artworks and take photographs. It was an emotional reunion with something that had been a major part of my art-making life 26 years ago and subsequently thought lost. 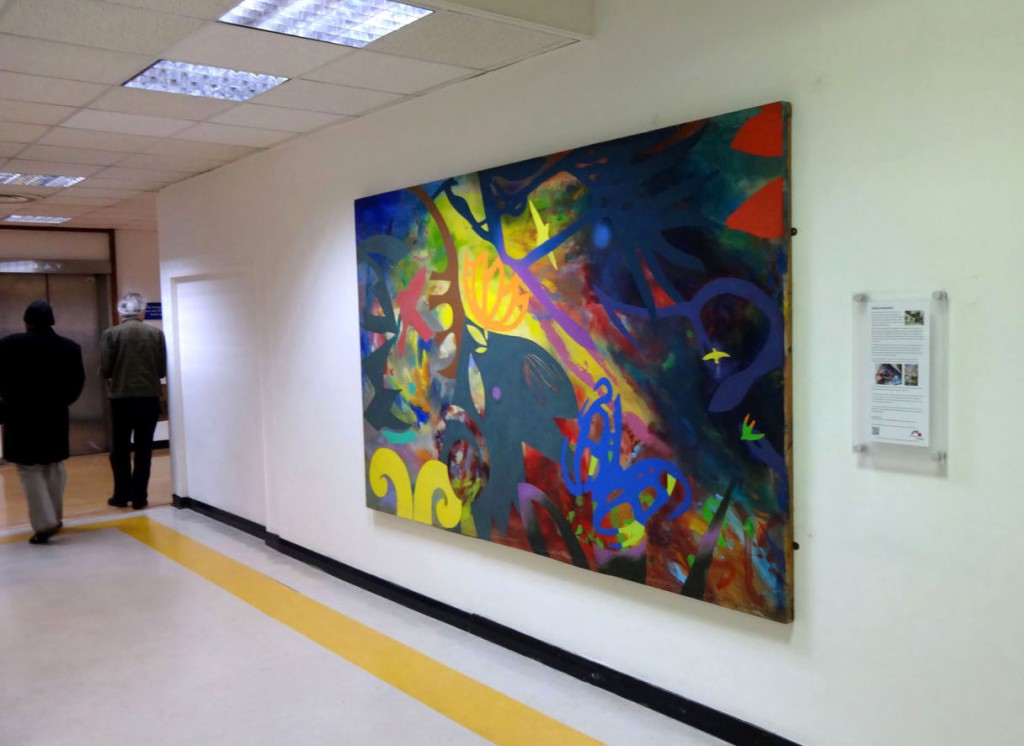 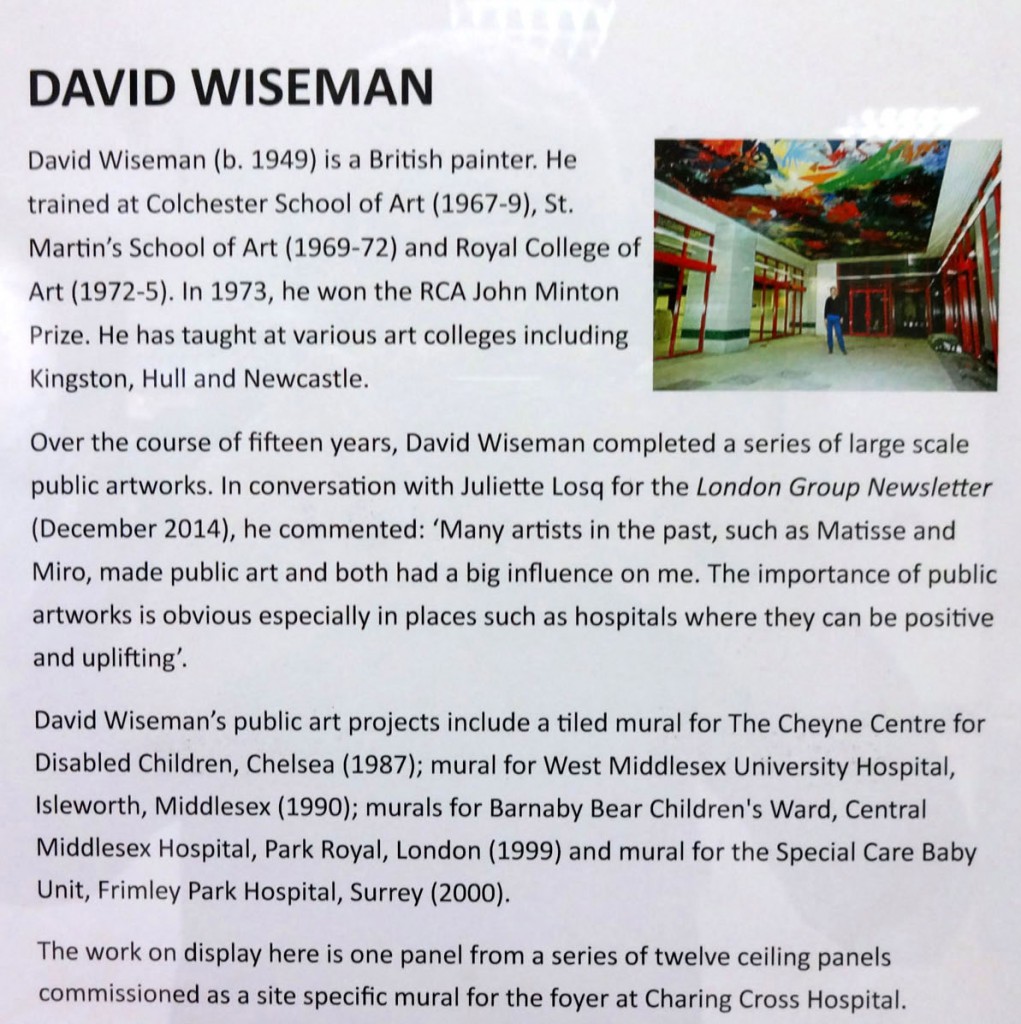 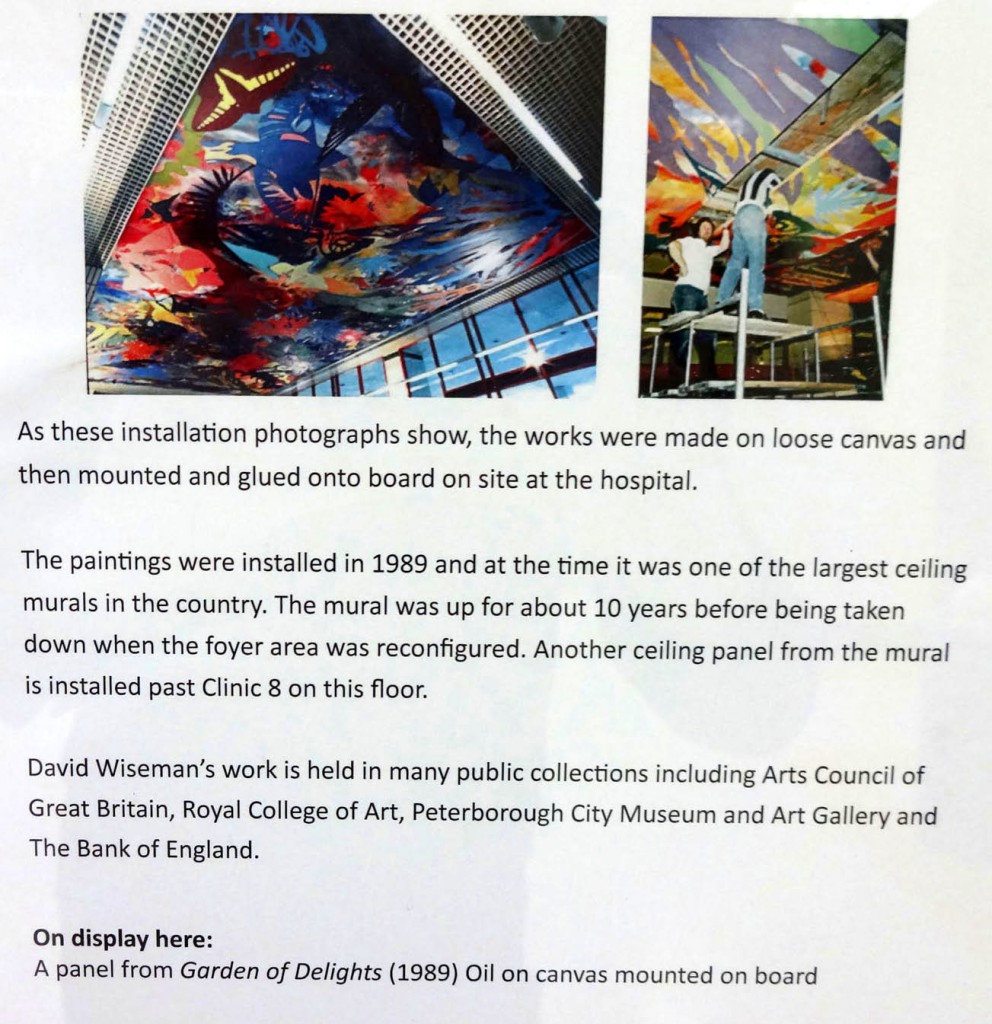 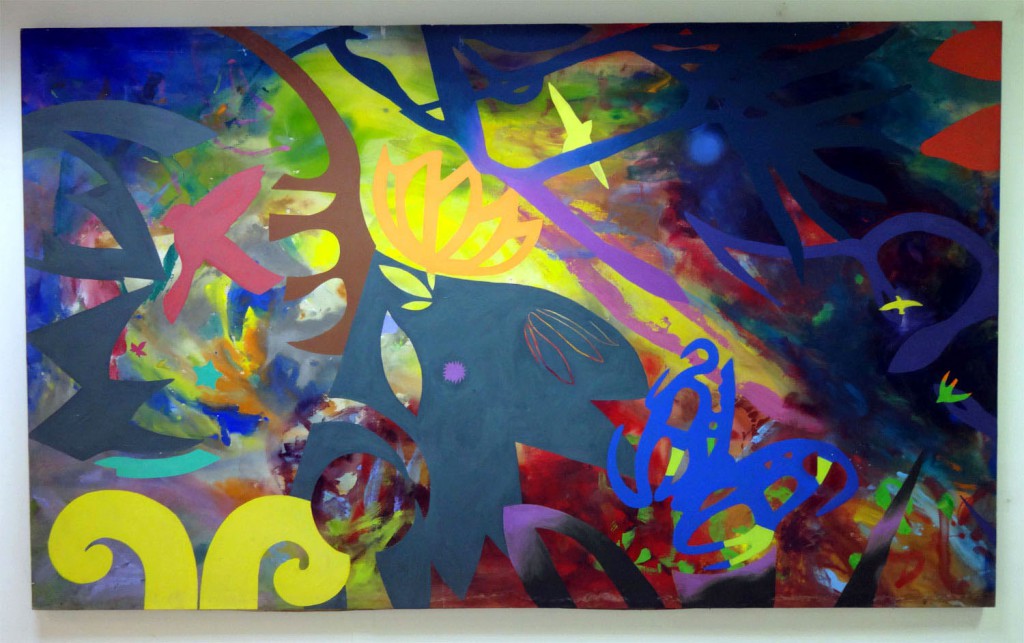 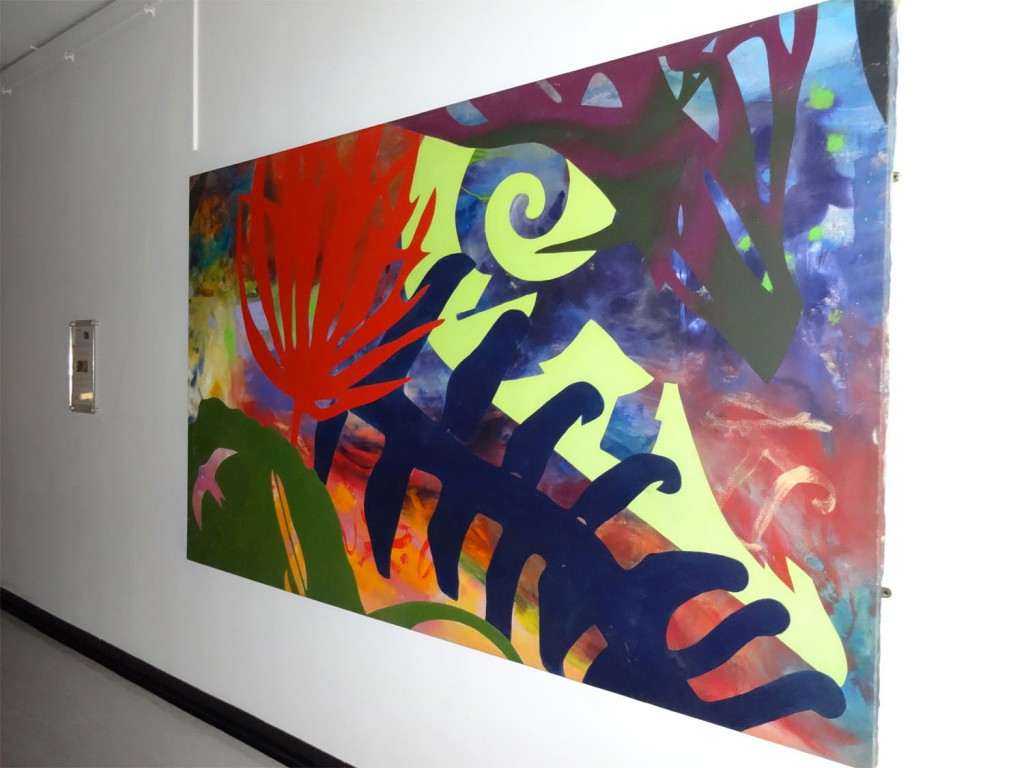 One thought on “Garden Of Delights”