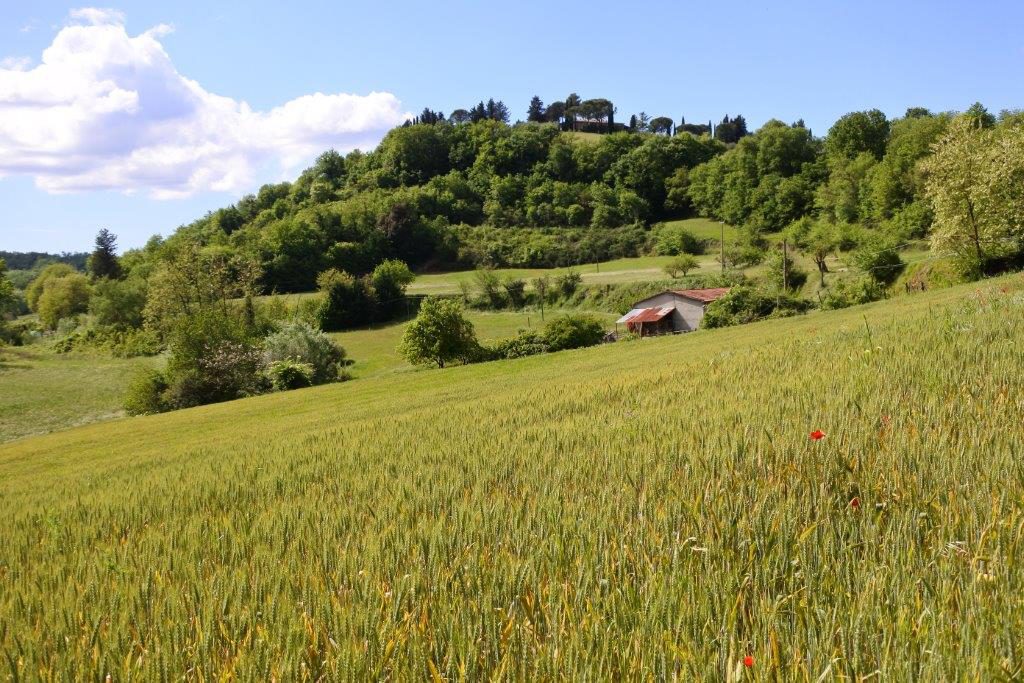 When we arrived in Tuscany the weather was quite wet and cool for the time of year, but for such a spectacular walk we waited for the weather to clear so the visuals would be at their peak. Sometimes finding the start of a walk can be the hardest part, we set off from Colle di Val d’Elsa on a disused railway line that has been turned into a cycling route to the splendidly named Poggibonsi. We did a left, walking through glorious wheat fields (see above) the fields are green/yellow at the moment interspersed with poppies but will turn a fantastic golden yellow come the summer. Really quite something to see but way too hot for serious walking of any distance. 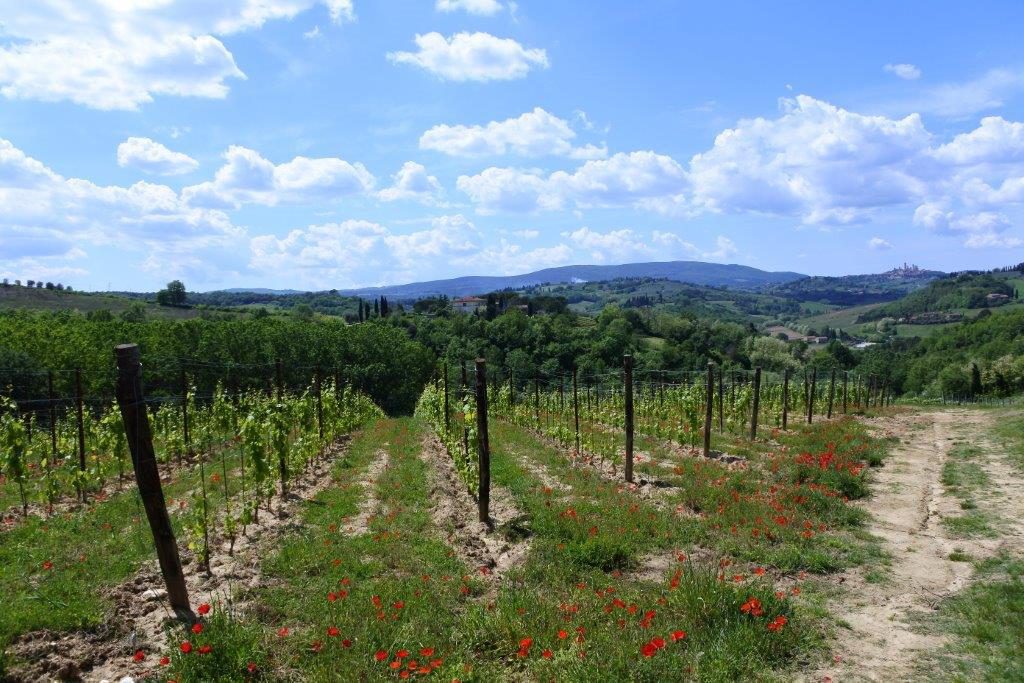 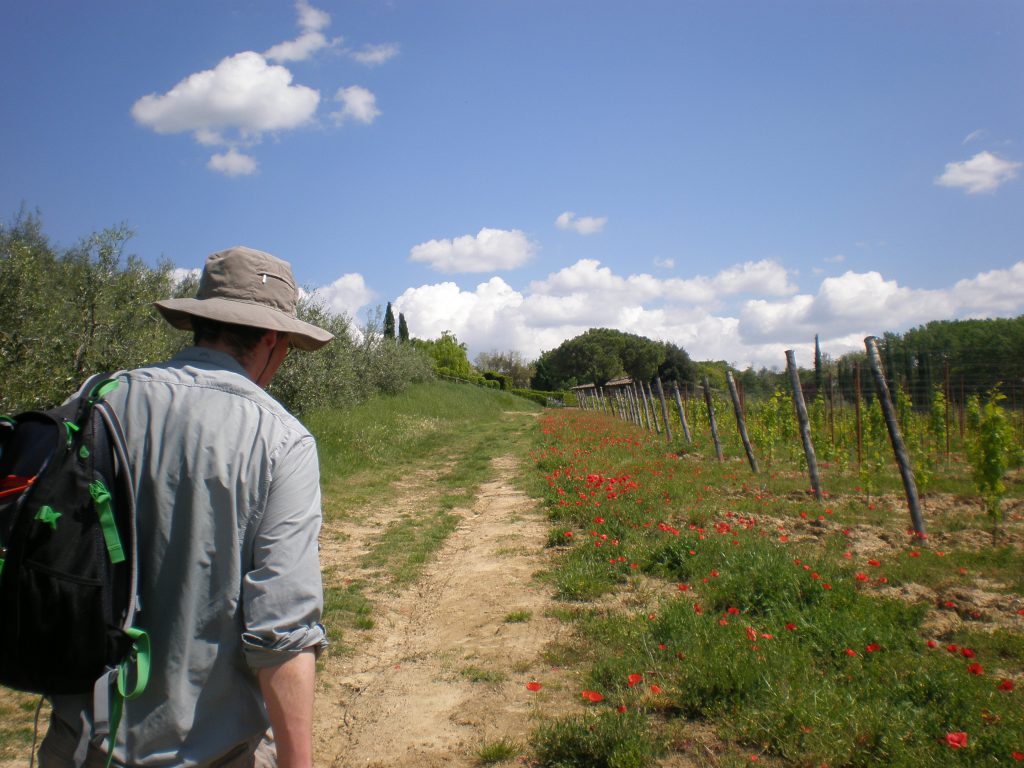 We followed an uphill route for about 2.5 km walking through olive, vine and wheat fields. We reached the small hamlet of Bibbiano, with the prospect of a horrible stretch of winding and busy road ahead, Kathryn my partner found a superb marked path through vine and poppy fields that cut off the road and led downhill and now for the first time we could see San Gimignano in the distance. 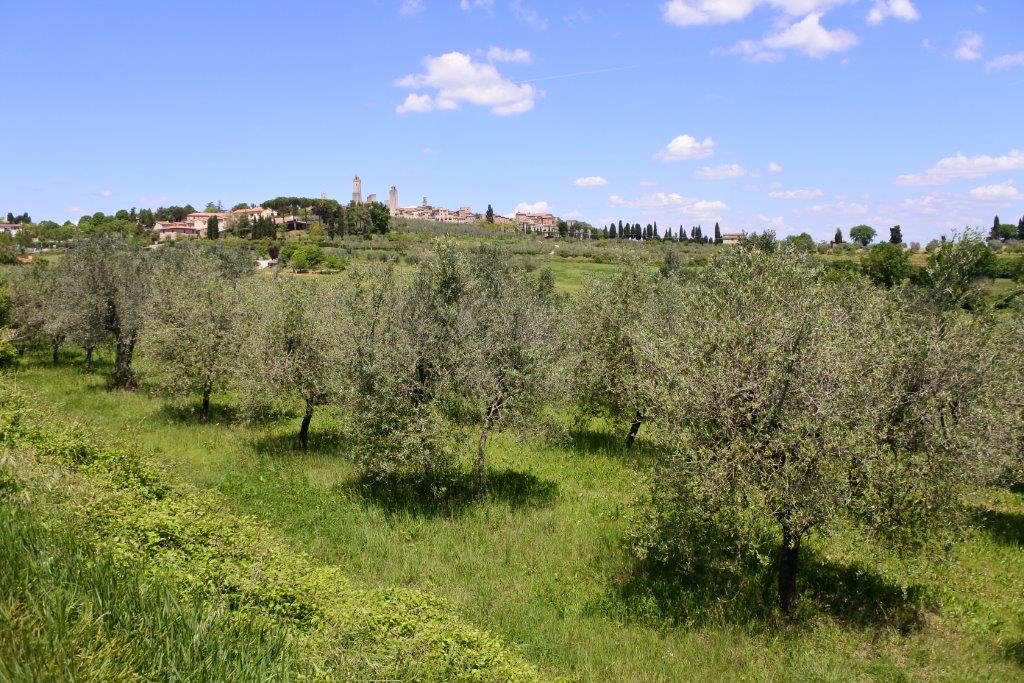 Next was an uphill trek to San Lucia following a proper hiking path. One of my heroes, the painter Bernard Dunstan said that the landscape around here is unrivalled for a painter and he is not wrong, it is truly spectacular in any direction you turn. It was now time for some bread and fruit and delicious cold pizza. An hour’s walk on we reached Monte Oliveto built in 1340 by the Olivetan monks, now dedicated to the cultivation of vines and olives, with San Gimignano a mere 1.5 km away. 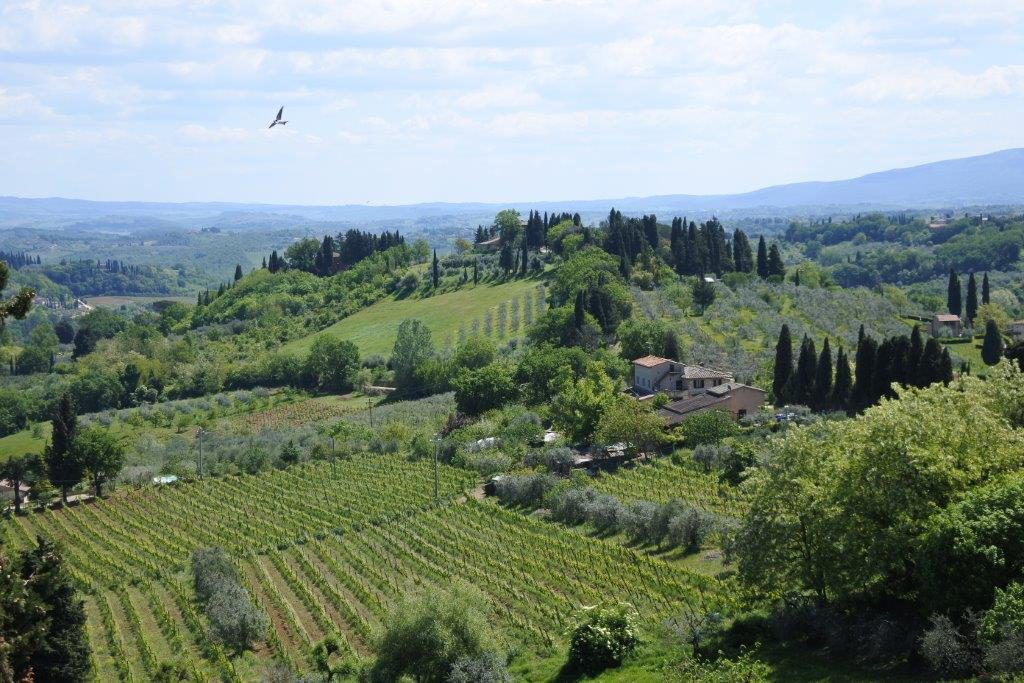 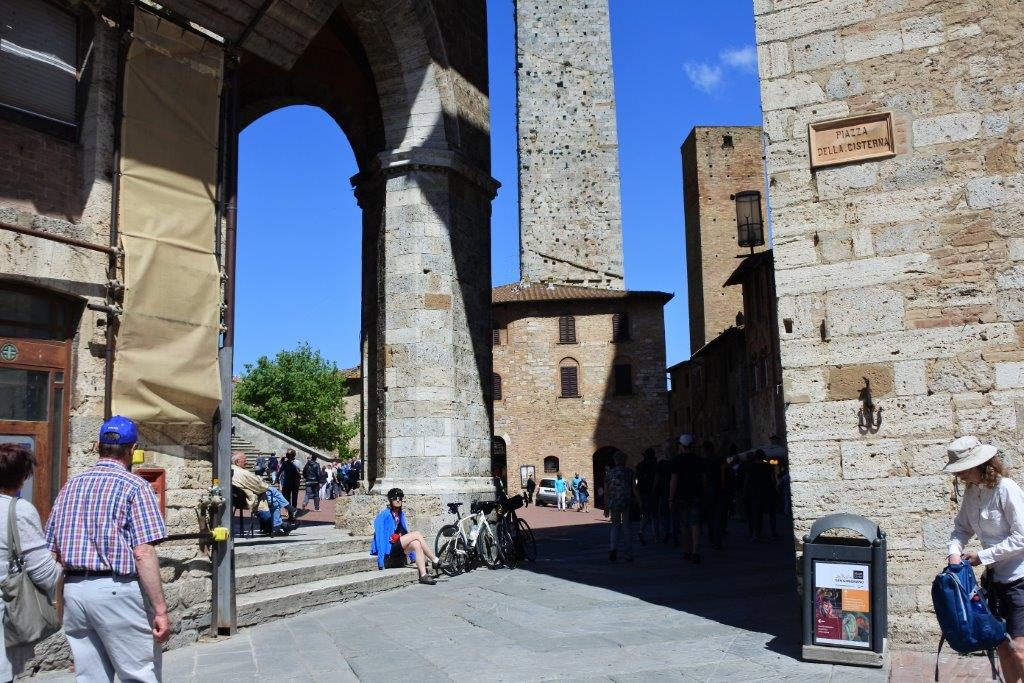 Finally we reached the town itself with a truly amazing panorama from the approach to the town, and now time to climb the Torre Grossa, something I was not looking forward to as I don’t have a very good head for heights – but sometimes in life you have to do as you are told! The final photo above shows the town itself with Kathryn on the right preparing to go up the tower.

2 thoughts on “Walk To San Gimignano”