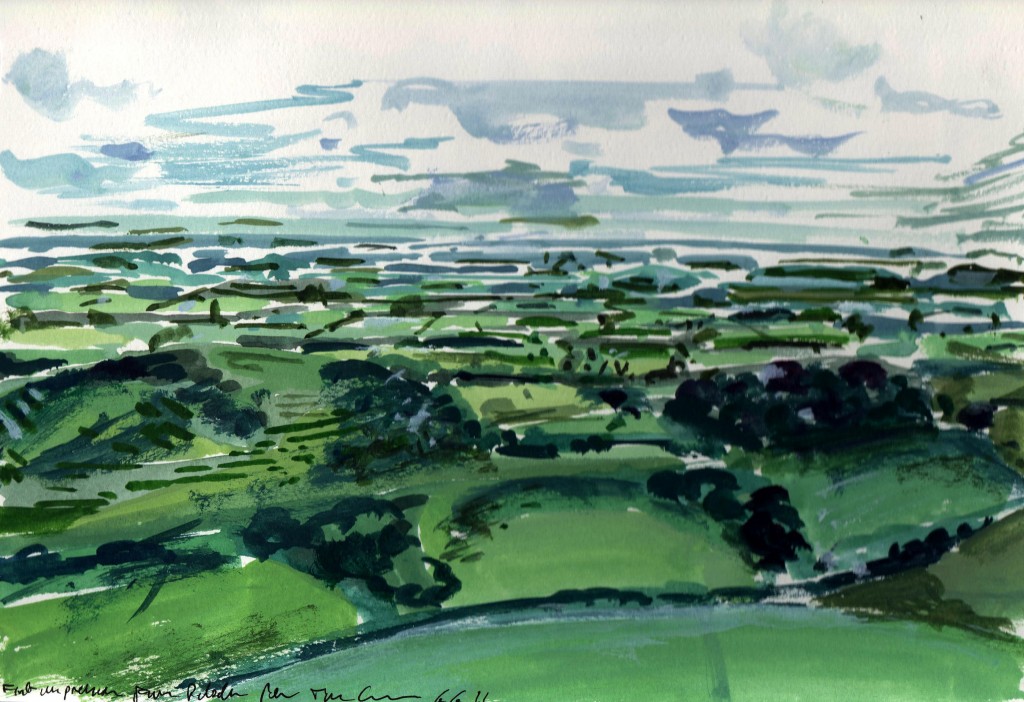 The four landscape paintings on exhibition at The Rowley Gallery were committed to 200gsm acid-free paper using artist’s watercolours and gouache from the peaks of Eggardon Hill and Pilsdon Pen in north west Dorset. Pilsdon is Dorset’s highest hill, and closely associated with the legend of the screaming skull at Bettiscombe Manor, down there in the Marshwood Vale. For many years the skull in question was believed to be that of an African servant girl of the 18th century. Under recent analysis it was proved to be the skull of a young girl of the late Neolithic, circa 4,000 BC. This is close to the vintage of the ancient shaped hills and sacred landscapes of Dorset – stone circles, burrows, tumps, burial sites, excarnation sites, and later fashioned as fortresses raised against the worsening weather and tribal pomp of the Iron Age. All are studded with human, animal and ritual remains in their steep, deeply dug chalk banks. END_OF_DOCUMENT_TOKEN_TO_BE_REPLACED