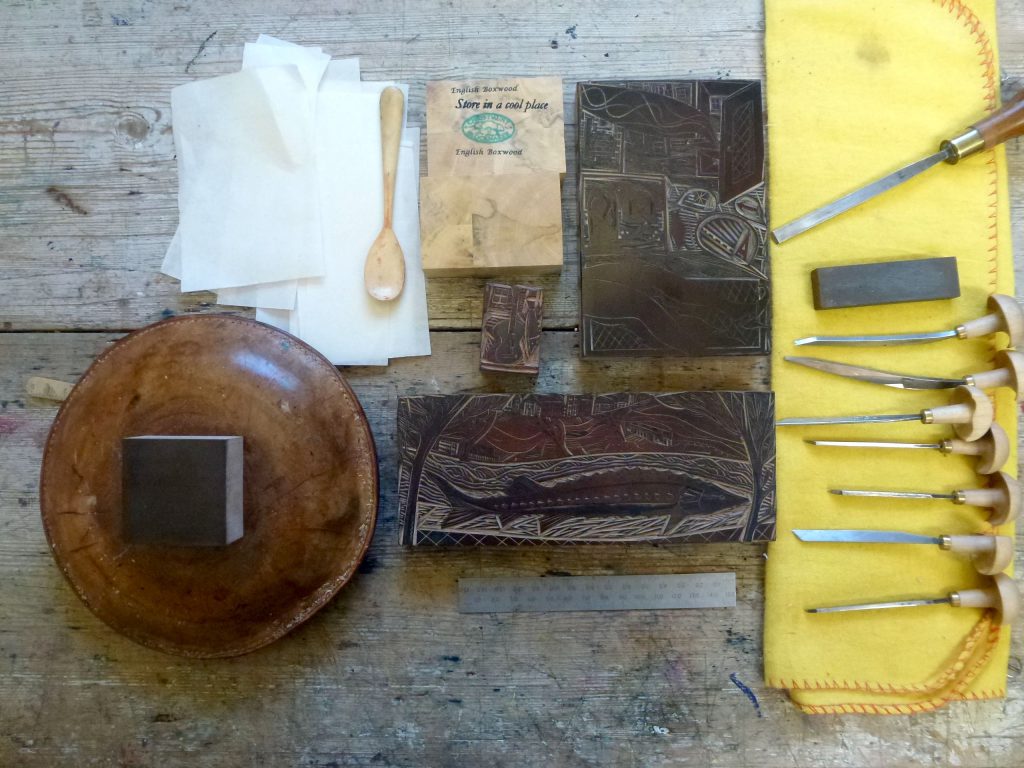 In my Scottish studio, I work on a table. Constructed in pine, it is rather battered but stable and came from a farmhouse in Gloucestershire. It was given to me by Lily Messenger, who had lived in Rodmarton before moving to Amberley, the village where we lived at that time. As our next-door neighbour, Mrs Messenger also lent me an attic room in which I worked for several years until we moved to Scotland in 1990. Before marriage, she had been Lily Bucknell, from a family of blacksmiths and wood-workers and who belonged to the Guild of Gloucestershire Craftsmen. This is only significant because my own Guild membership led to meeting highly skilled artists and craftsmen from whom I learned much concerning materials and ways of making things. END_OF_DOCUMENT_TOKEN_TO_BE_REPLACED