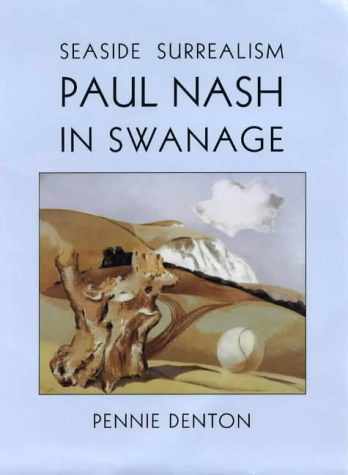 For one of my 65th birthday presents recently I received a superb little book, now something of a collectors piece, called Seaside Surrealism: Paul Nash in Swanage by Pennie Denton. 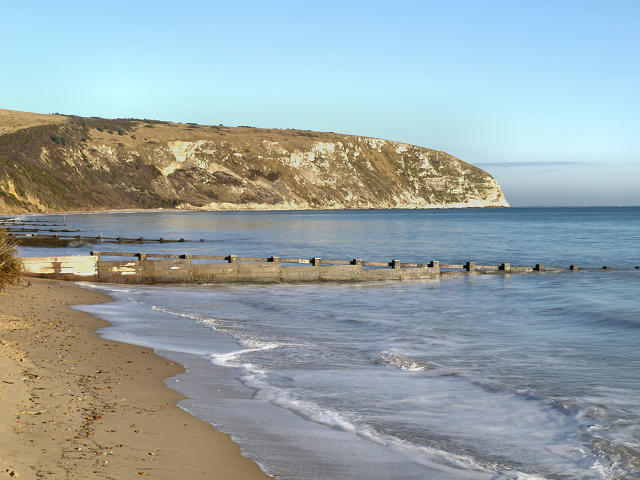 I have been a frequent visitor with my family to Swanage for many years and was so pleased to be given this little book outlining Nash’s love affair with Swanage and its influence on his work. One of the most familiar landmarks of Swanage is Ballard Head Cliffs with its distinctive patterned surface. 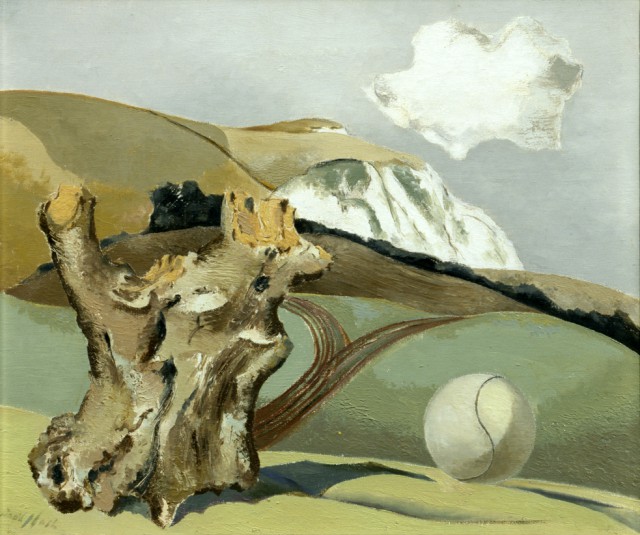 This features in the background of Nash’s famous surrealist influenced landscape entitled Event on the Downs painted in 1934, as well as in my own pencil drawing Looking out to Ballard Cliffs. 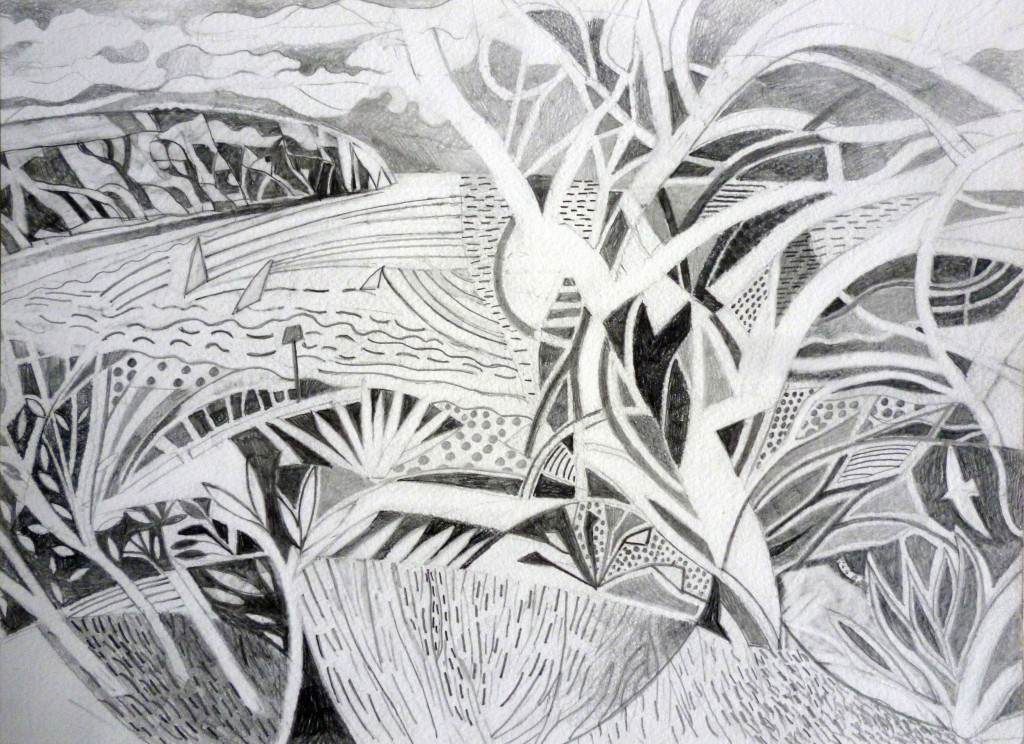 Being now a member of the London Group I was also very interested to read in the book that Nash and another of my favourite past members of the group, Eileen Agar, met at Swanage.

Then in the summer of 1935 on the terrace of the Grosvenor Hotel, which looked out across the bay to Ballard Head and Old Harry Rocks, Nash met a beautiful and flirtatious fellow artist, called Eileen Agar, and fell passionately in love. Together they explored the beaches and old quarries on the hills to the south, collecting flotsam and jetsam, strangely shaped stones and sea worn branches… 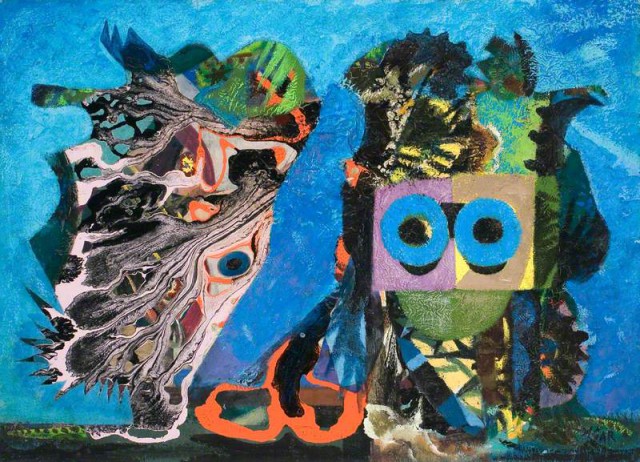 Nash was married to Margaret his wife of twenty years at the time but this fact is not pursued in the book. Nash and his wife lived in Swanage from 1934 to 1936, first at Whitecliff Farm and then at No.2 The Parade. Nash suffered from asthma and he moved to Swanage in the hope that the climate might improve his health. The winter of 1934/5 was so mild that in January primroses and roses flowered in the garden at Whitecliff. Feeling revived, Nash began a new series of paintings in which he explored nature and the landscape, often focussing on what he called the ‘object-personage’; an object which seemed to resemble or take on the personality of something else. 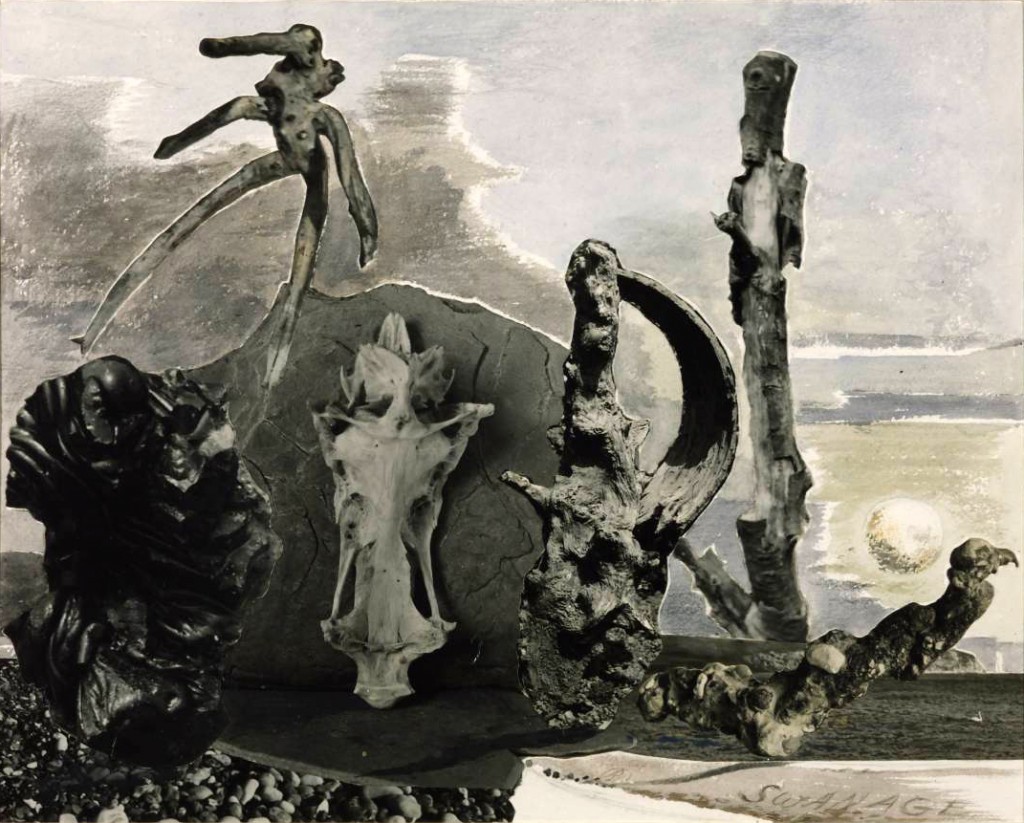 If you are in Swanage you can join in the Swanage Seen Art Trail with special display panels of artists who have worked there including Nash. Information at www.swanageseen.co.uk.