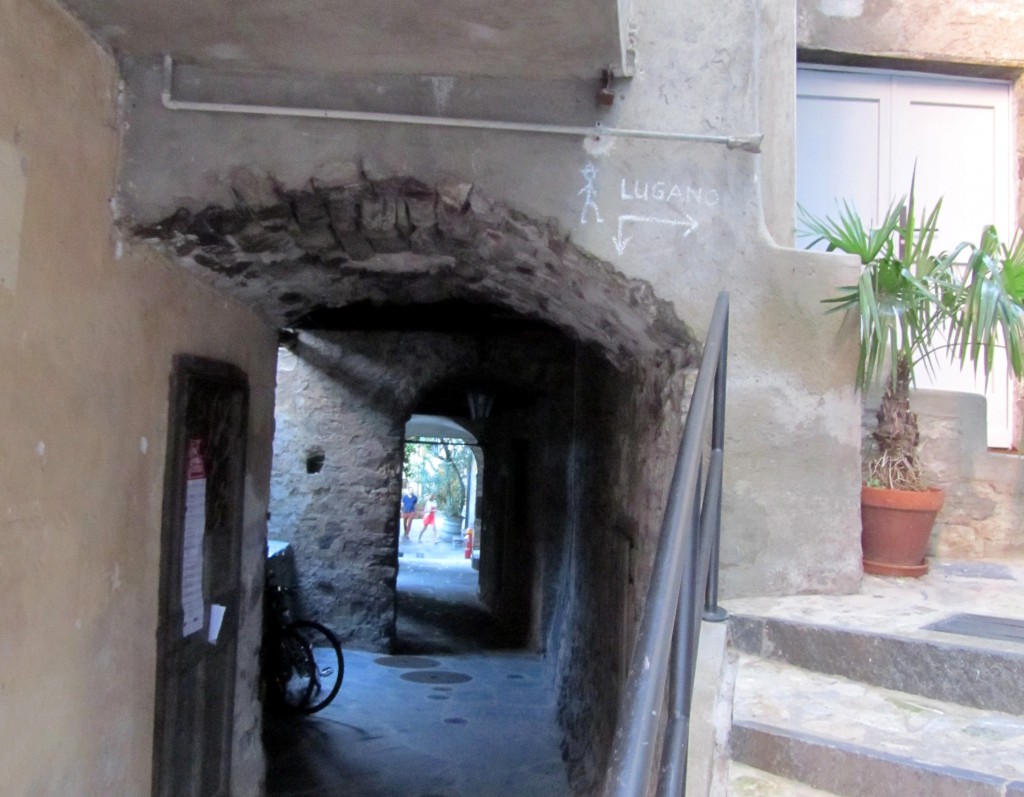 It seemed like a good idea to try Lugano next. It’s a bigger town with more museums than Ascona, there might be a chance we’d stumble upon something by Julius Bissier there. 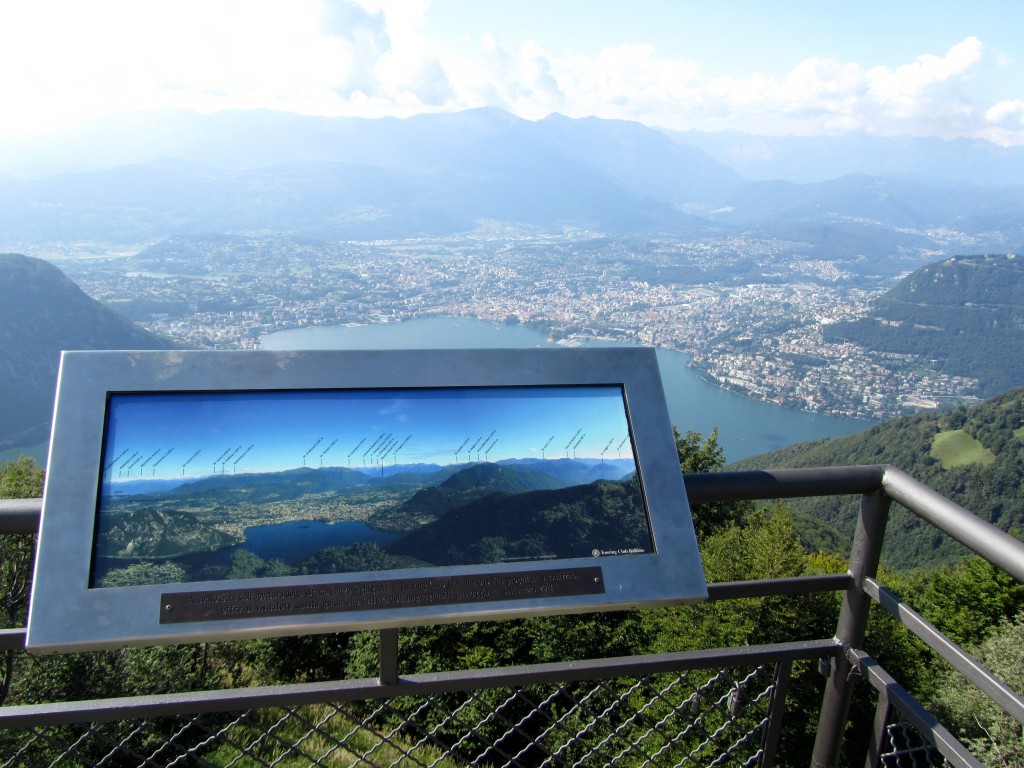 We had a good view of Lugano from the Balcony of Italy on top of Monte Sighignola. 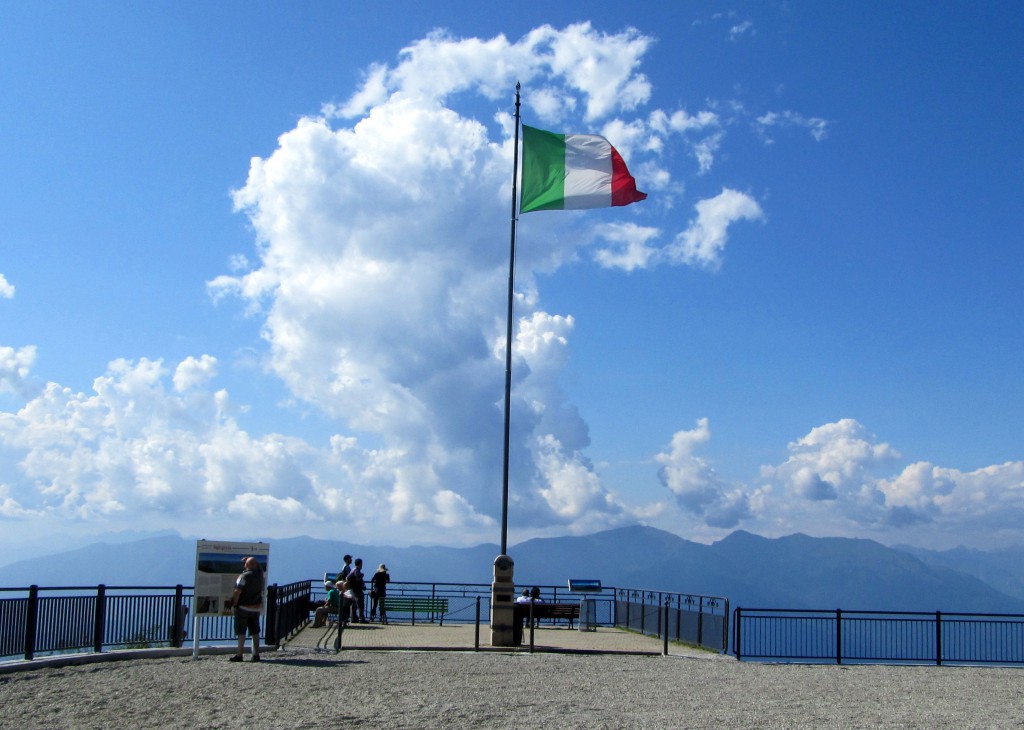 Then later down in the town we looked back and the mountain had a good view of us. 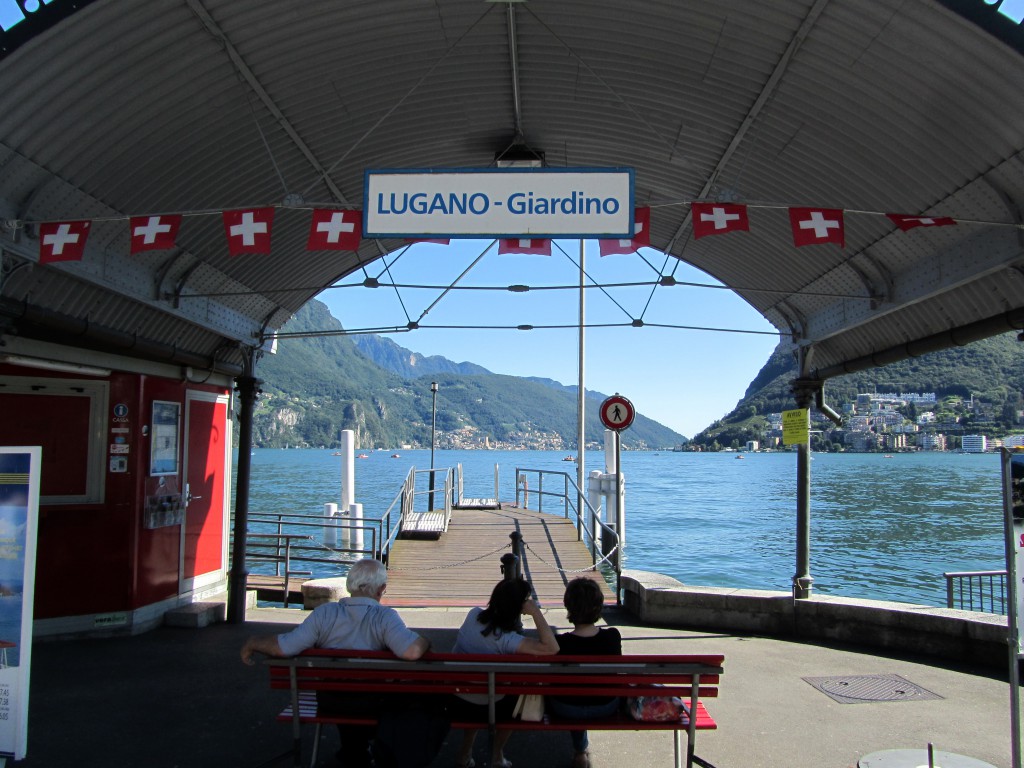 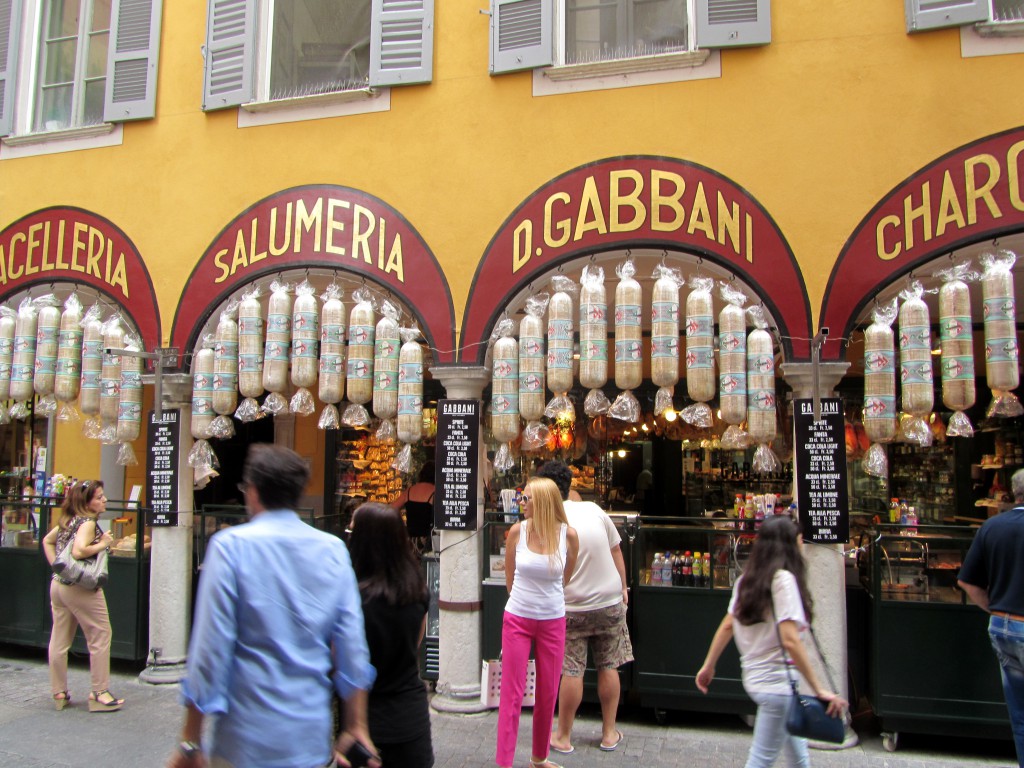 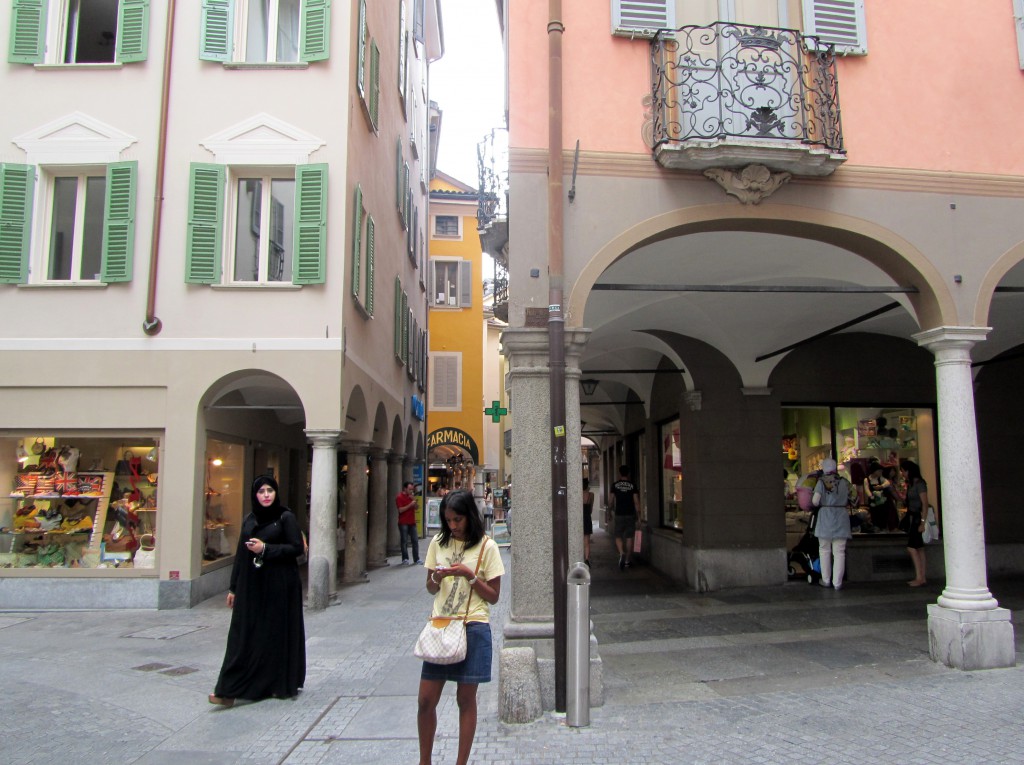 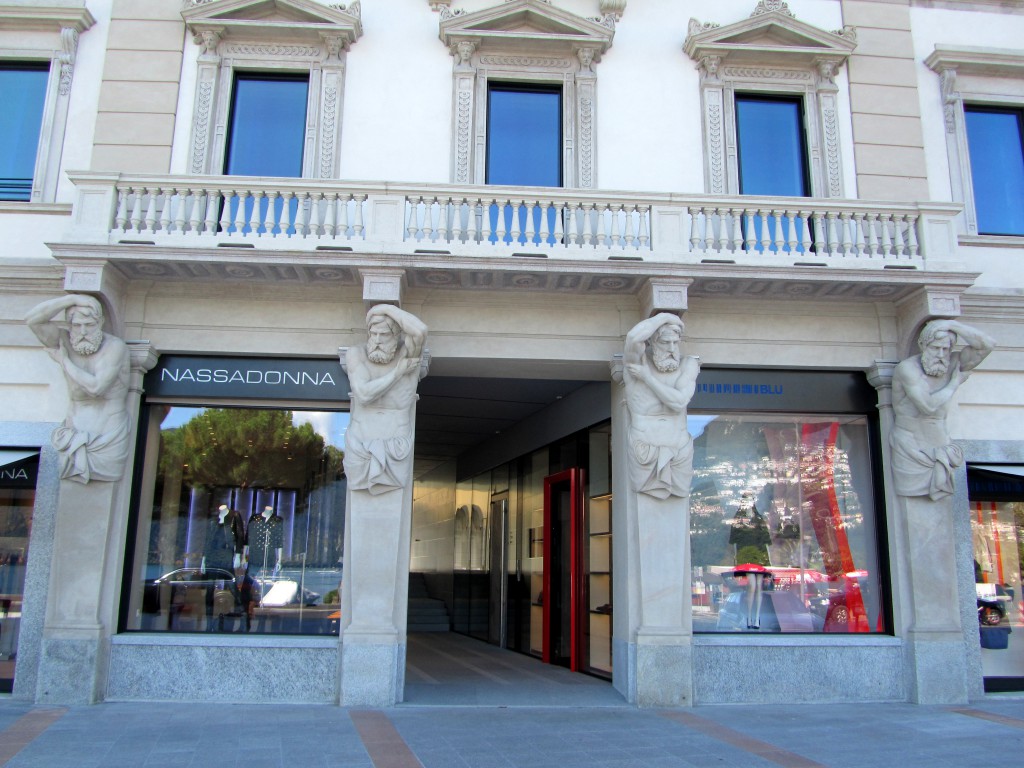 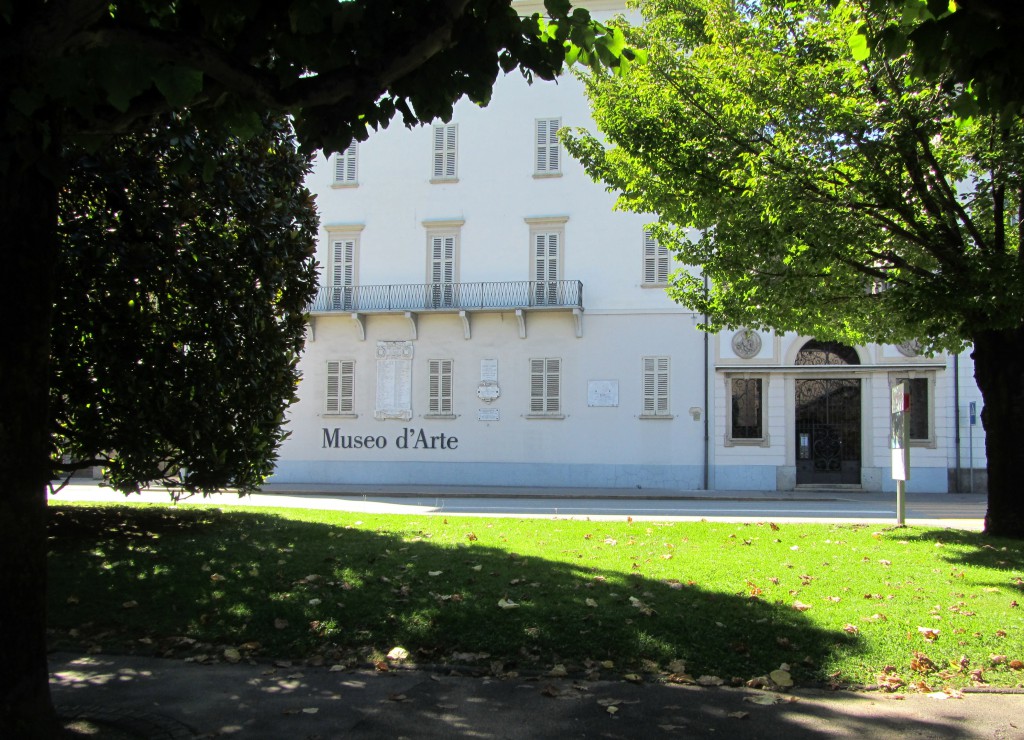 We found the Museo d’Arte but it was August and closed for the month. Further down the street was Lugano Arte e Cultura, a brand new arts centre scheduled to open in 2013 but it was still unfinished. 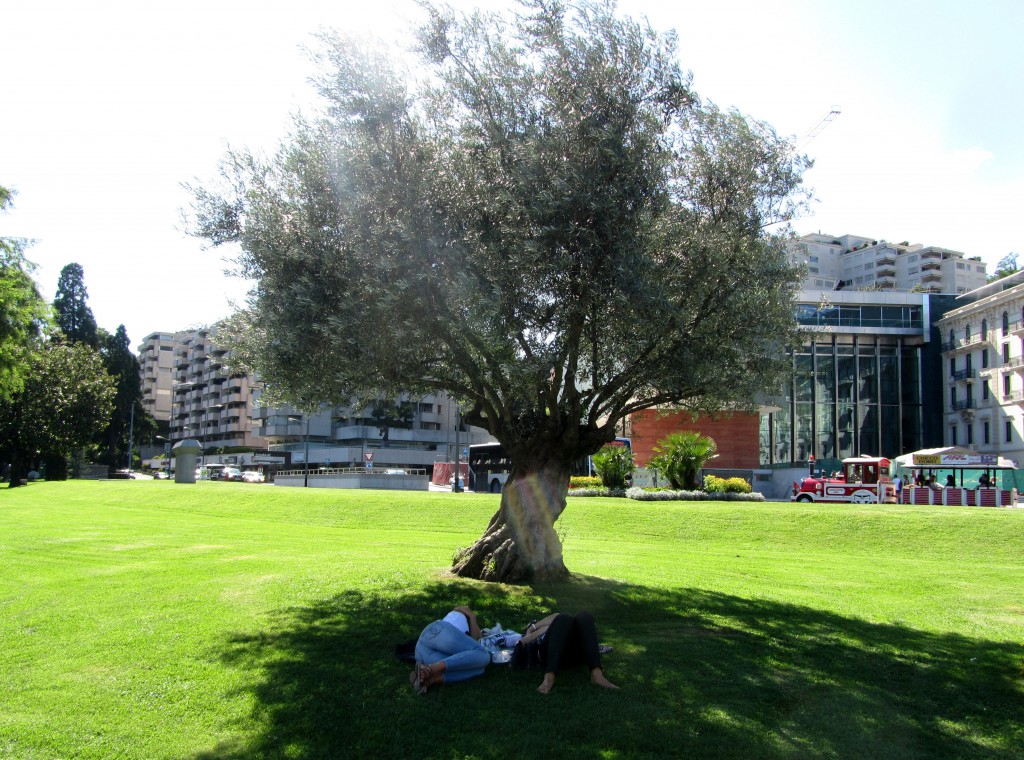 It’s the building in the background, behind this olive tree. In the foreground, in the shade of the tree, there’s a cool place for a lie down and around the corner there’s a tree that just can’t quite stand up. 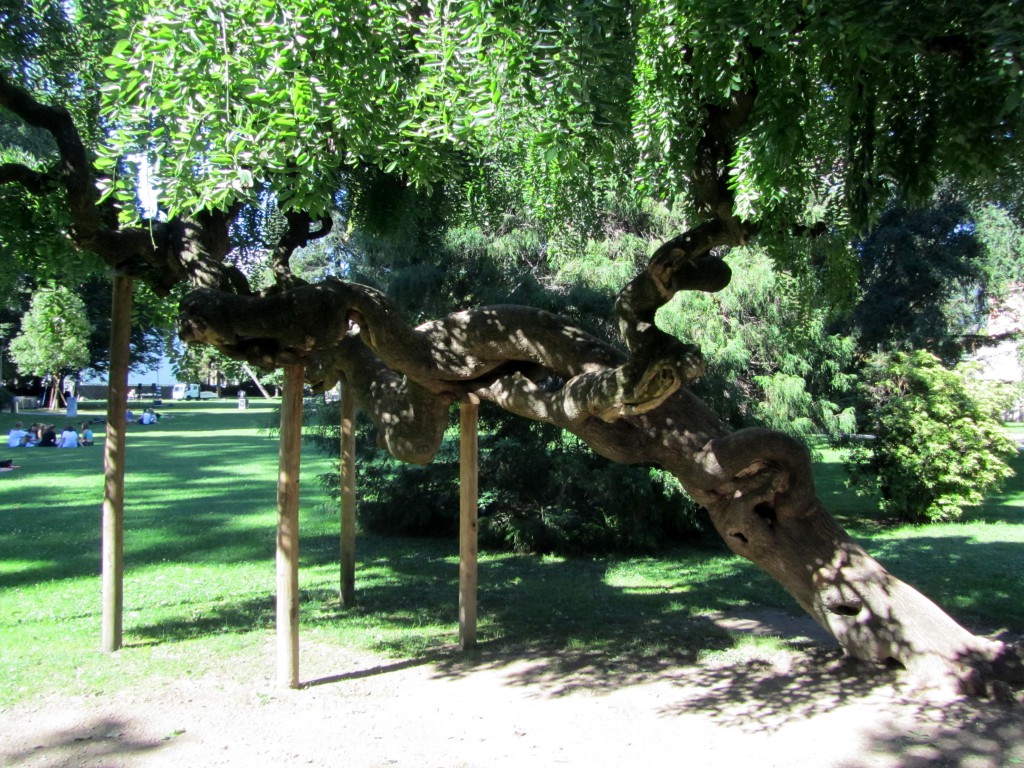 Nearby there’s a plaque for Franz Kafka to commemorate his holiday here, and just out of town there’s the Museo Hermann Hesse where you can see Hesse’s table and Hesse’s umbrella. 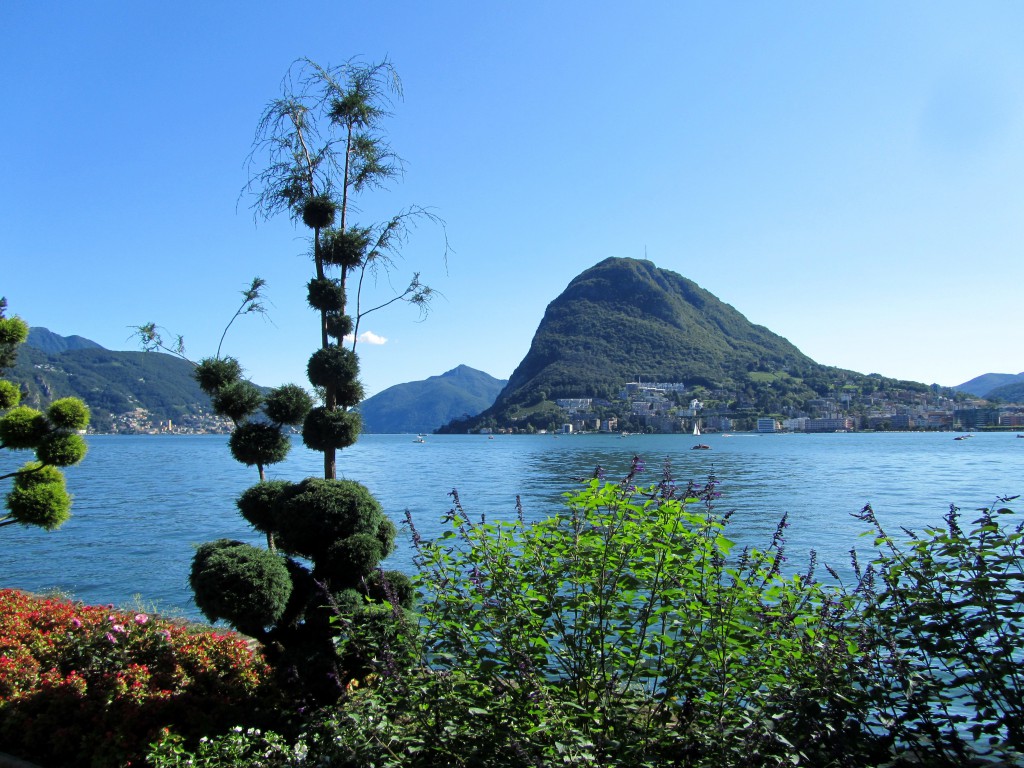 Then too late, I realised we must have walked right past our best chance of an encounter with a Julius Bissier painting. Somehow we’d completely missed the Museo Cantonale d’Arte. Maybe it was closed. 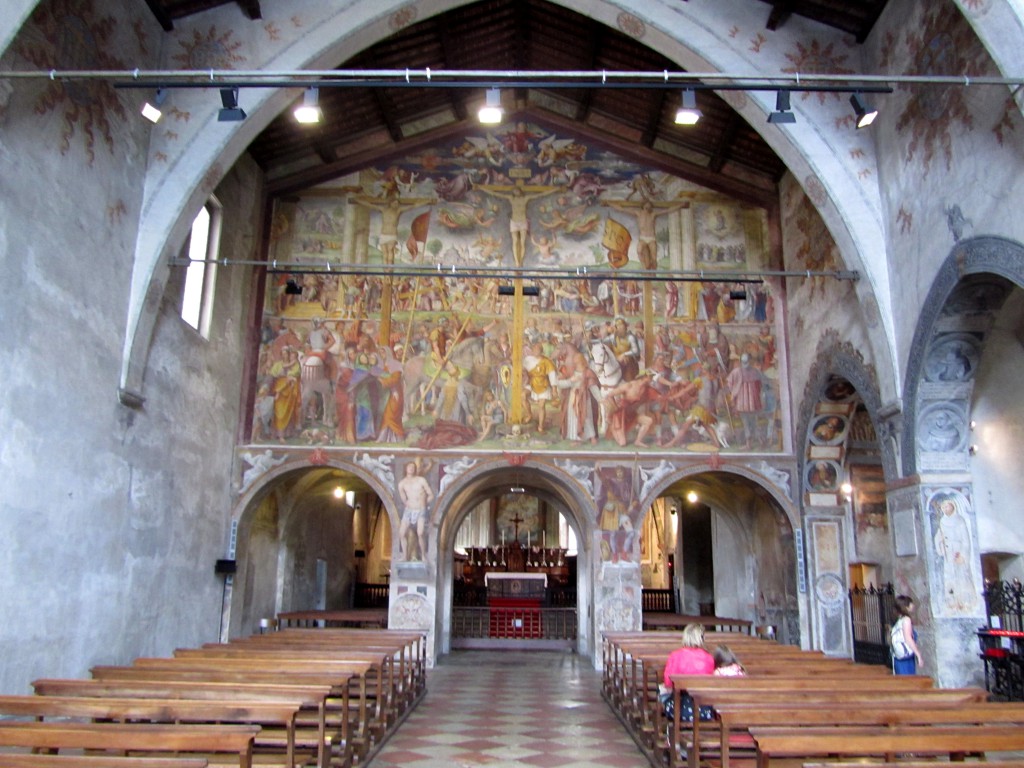 But instead we chanced upon the medieval church of Santa Maria degli Angioli, a plain building on the outside but decorated inside with a monumental fresco of the Passion and Crucifixion of Christ, painted in 1529 by Bernadino Luini. The sun shines down and the angels watch over Santa Maria. 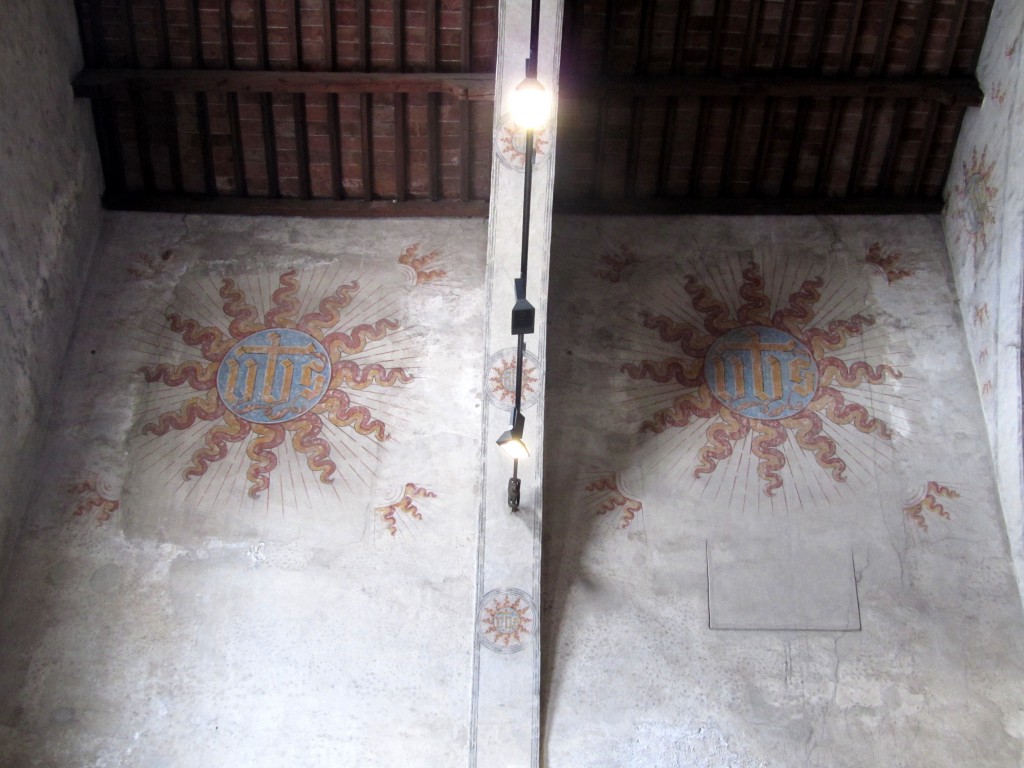 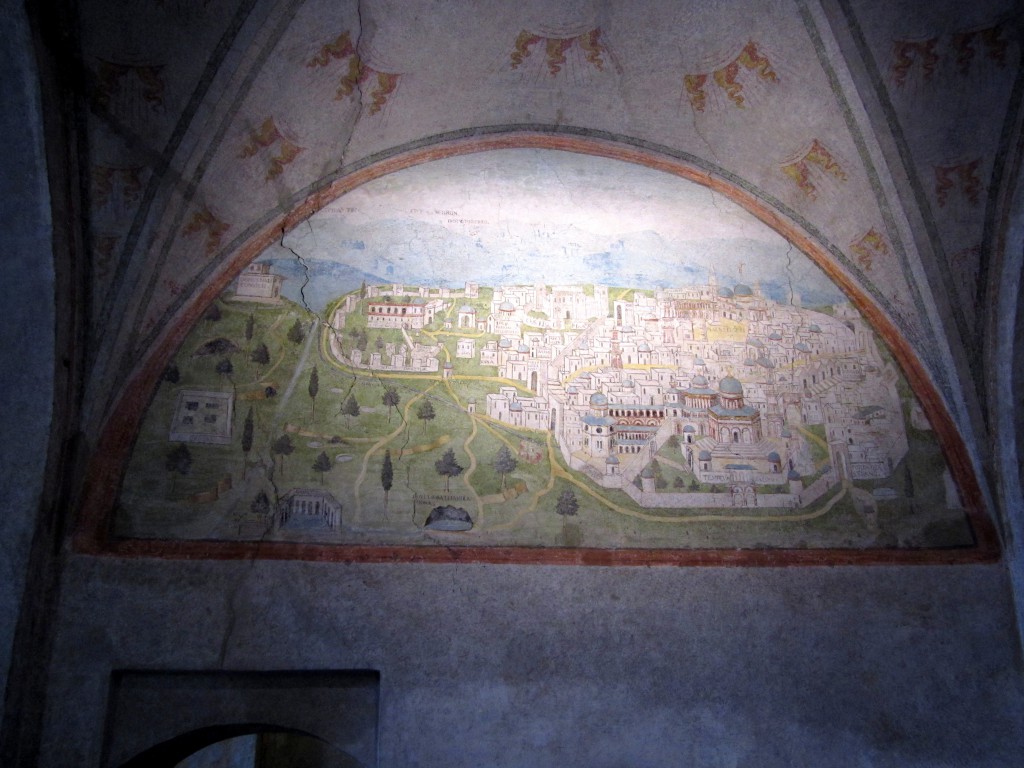 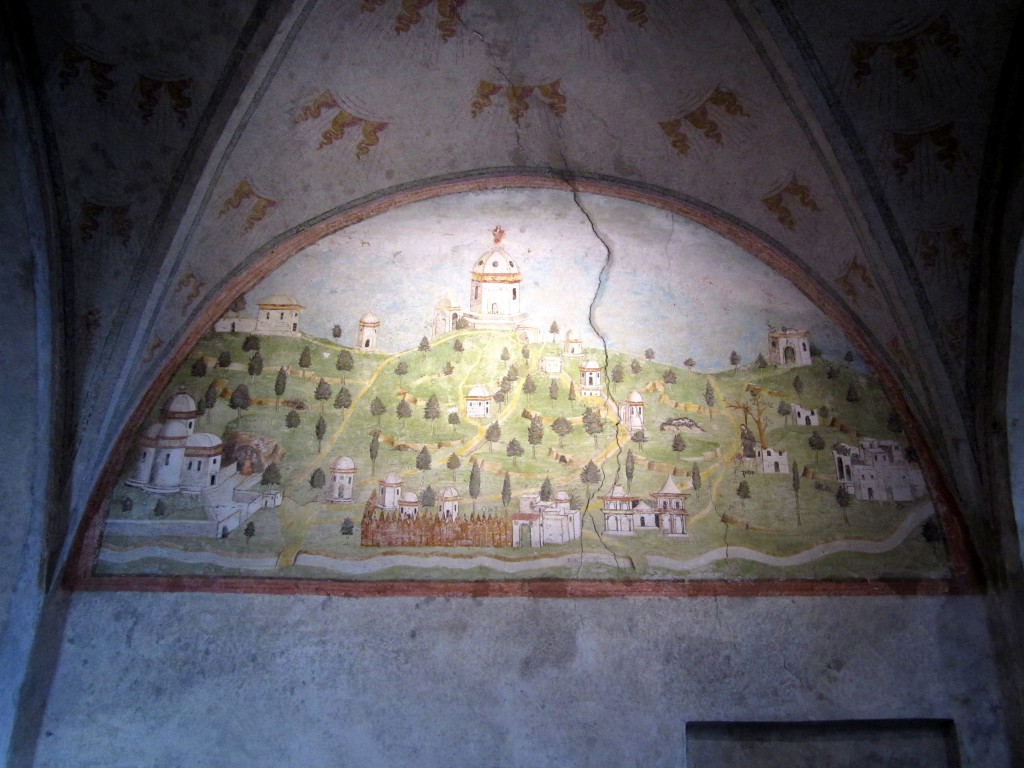 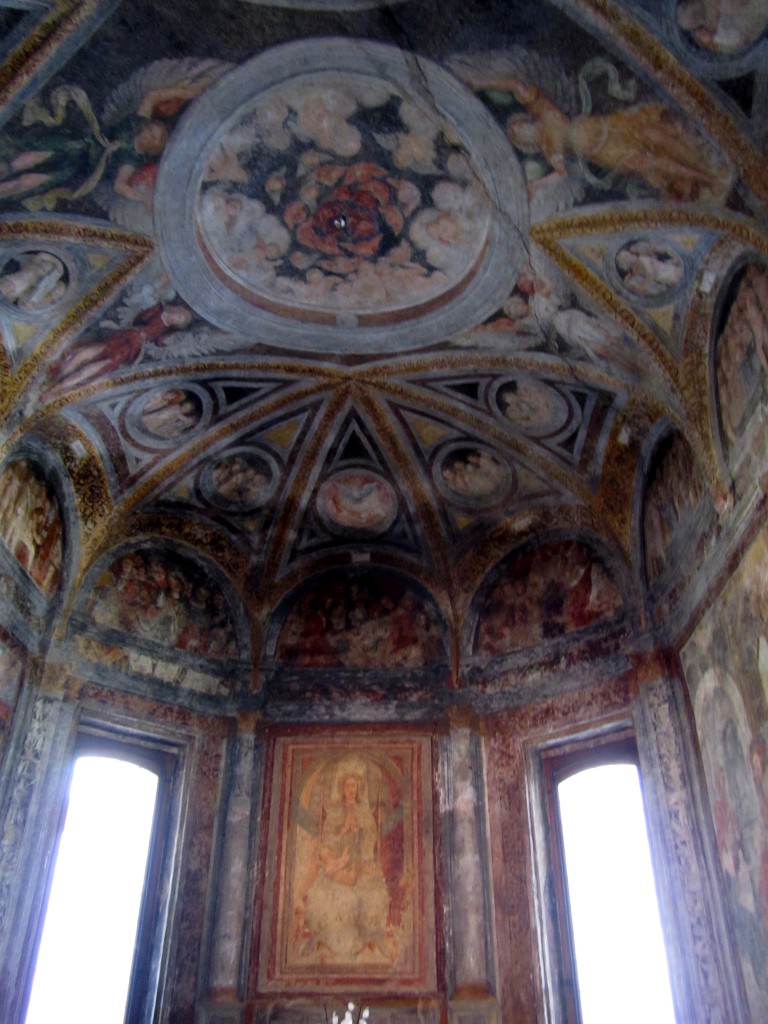 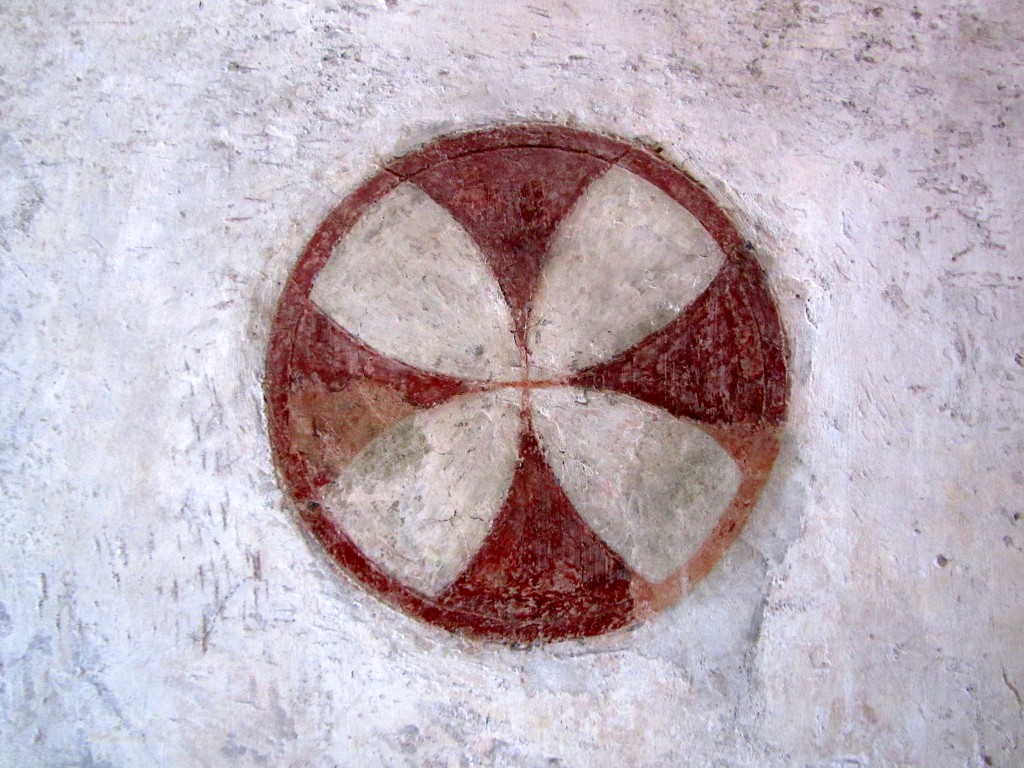 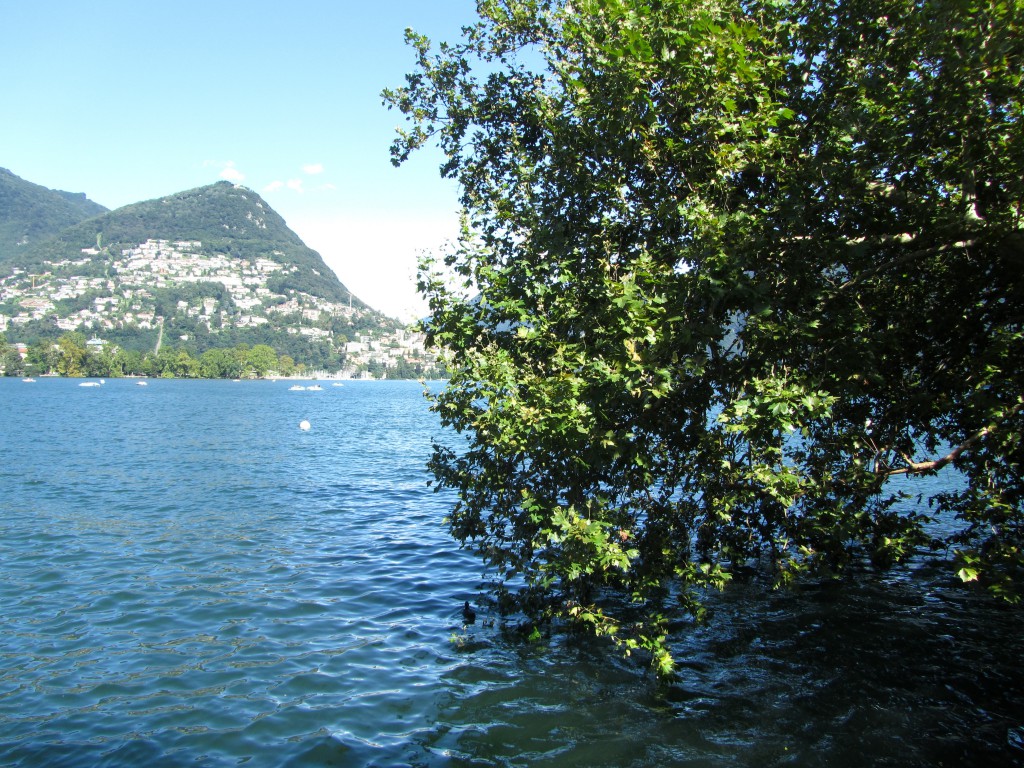 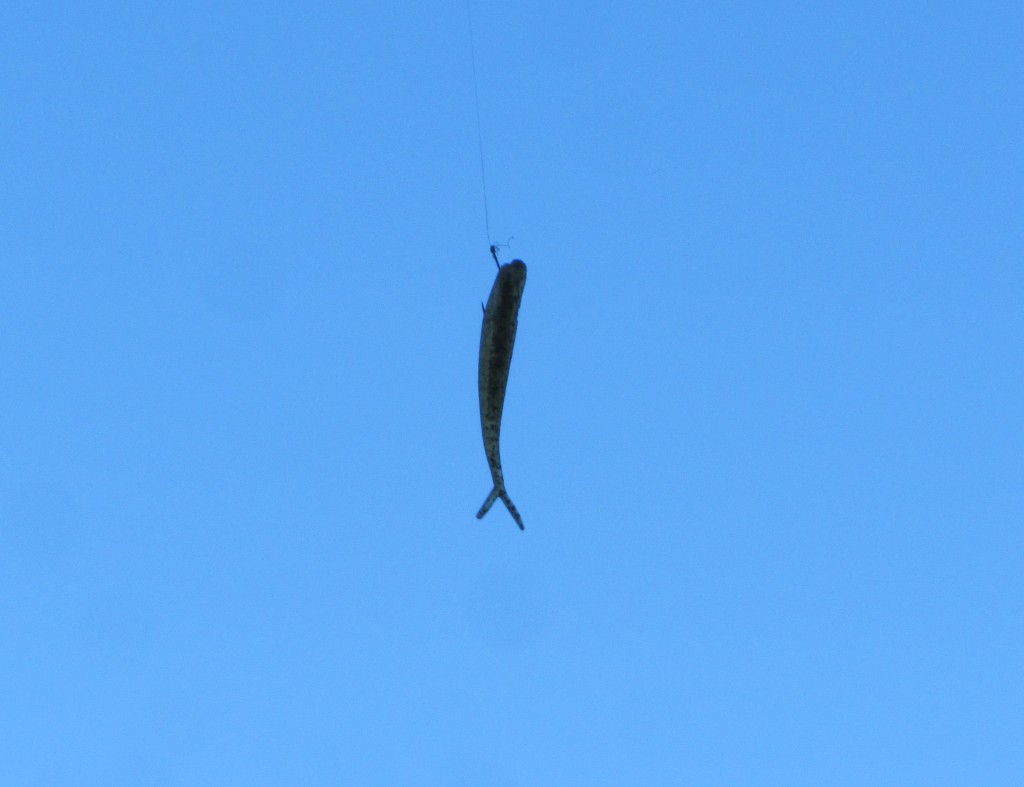 On the waterfront a line dangled from a tree, a fish out of water hanging like a caterpillar on a thread. 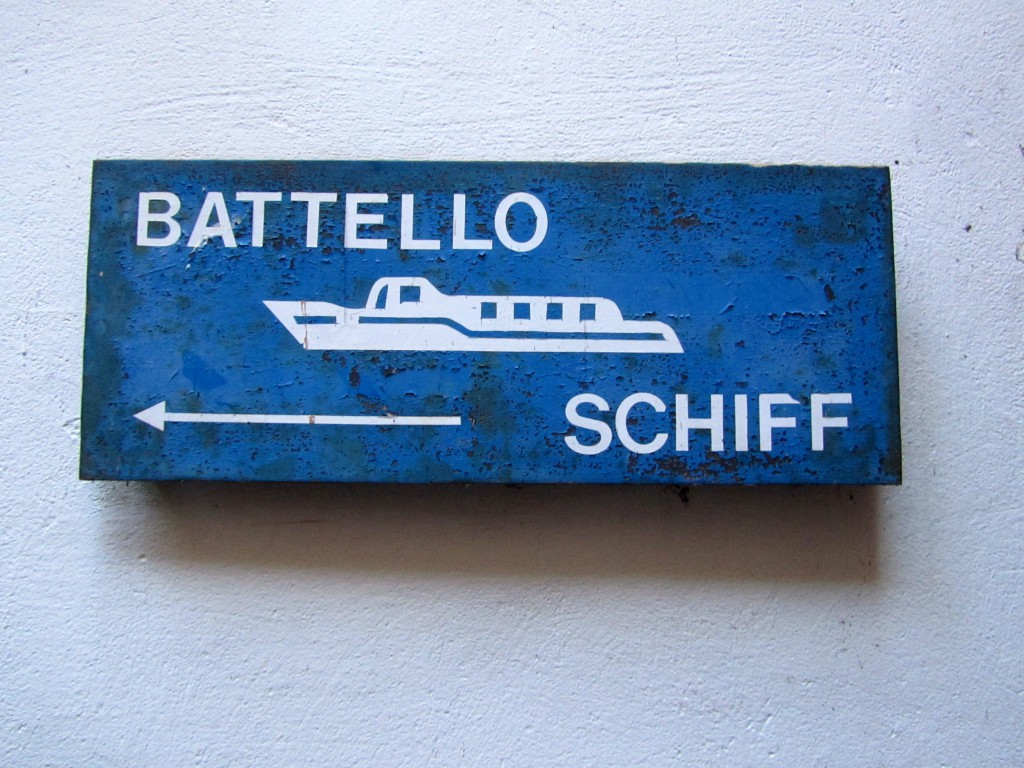 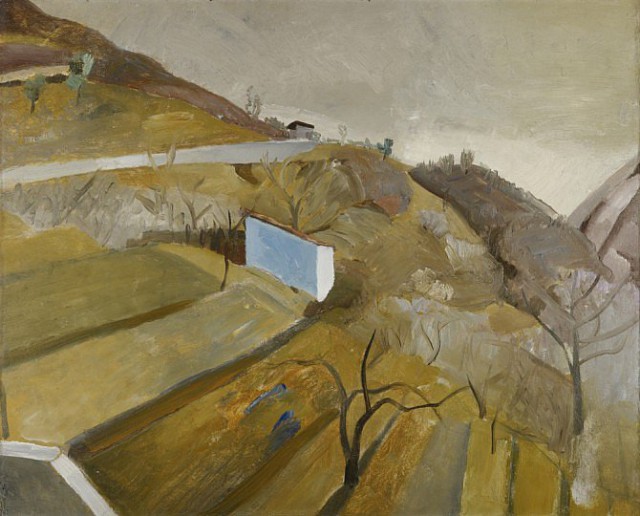 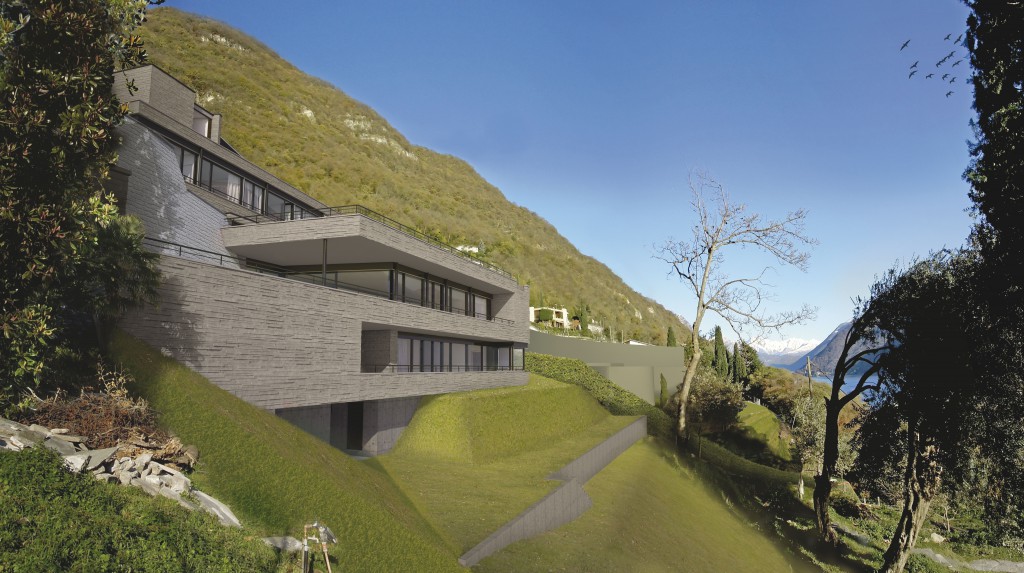 On our way back, on the outskirts of Lugano, we passed through Castagnola where Ben and Winifred Nicholson painted in the 1920s. Ninety years later and it’s a prime site for redevelopment.