At 19, Eduardo Chillida (1924-2002) was a gifted athlete on his way to becoming a football legend. But brutal injury during a game pushed him out of professional sports forever. No one except Pilar Belzunce, his lifemate, suspected at the time that the young Hernani goalkeeper was about to rewrite their destiny and become one of the greatest sculptors of the twentieth century.

Chillida In Barcelona / The Depth Of Air / Signs Of Chillida 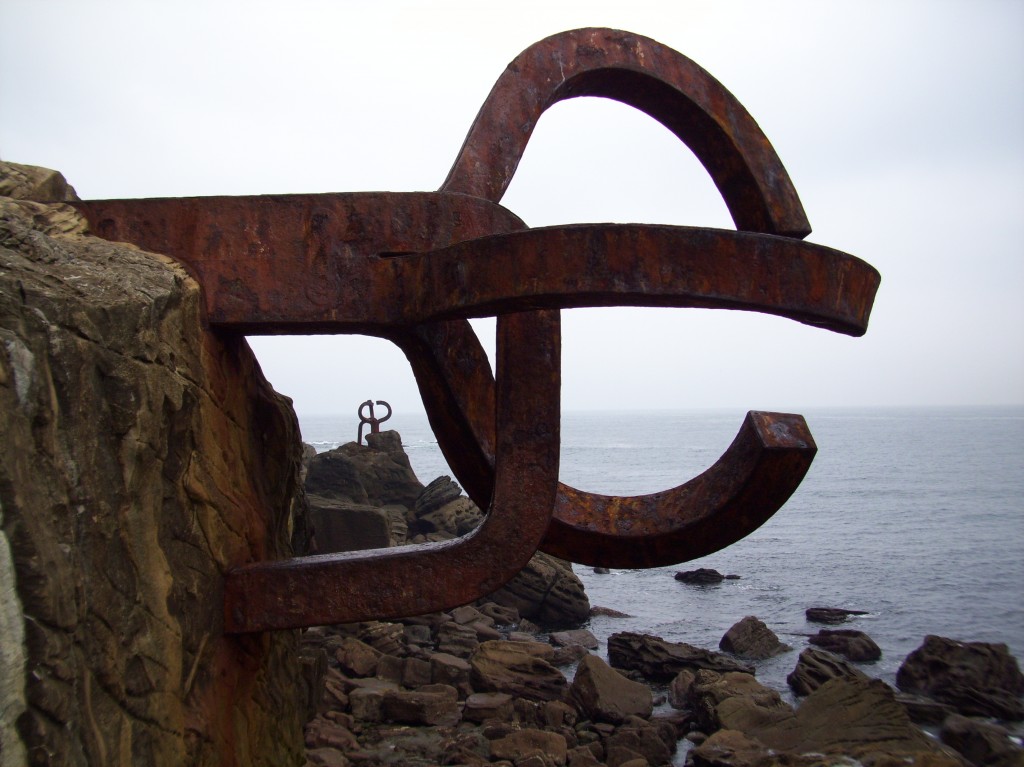 Another type of Comb. Not the hollow in the hills of Combe, sheltered from the wind, but here is a place to witness the wind. Eduardo Chillida’s Wind Comb. Three steel sculptures anchored to the rocks at the western end of San Sebastian bay. There are also some quite effective blow-holes beneath the pavement. END_OF_DOCUMENT_TOKEN_TO_BE_REPLACED