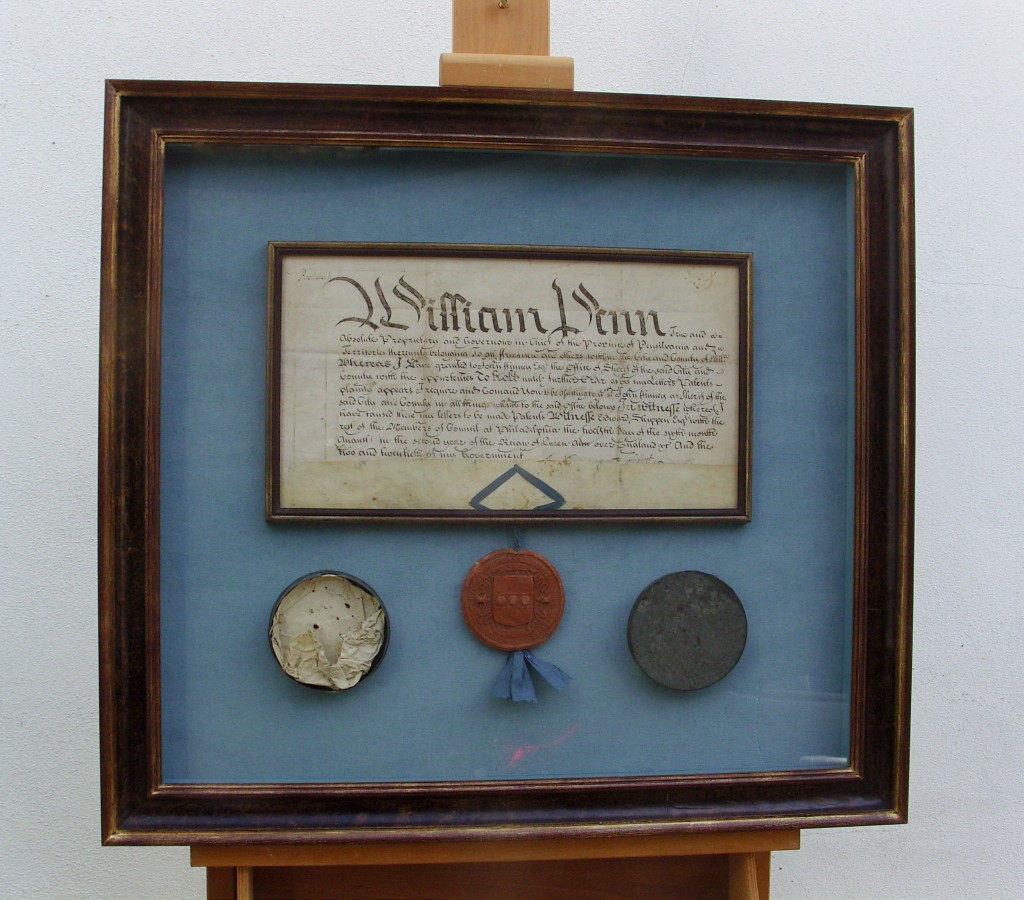 This is a letters patent, so called from the Latin verb pateo, to lie open, exposed, accessible. The originator’s seal was attached pendent from the document, so that it did not have to be broken in order for the document to be read. Letters patent are a form of open or public proclamation, though what they proclaim is not always patently obvious. 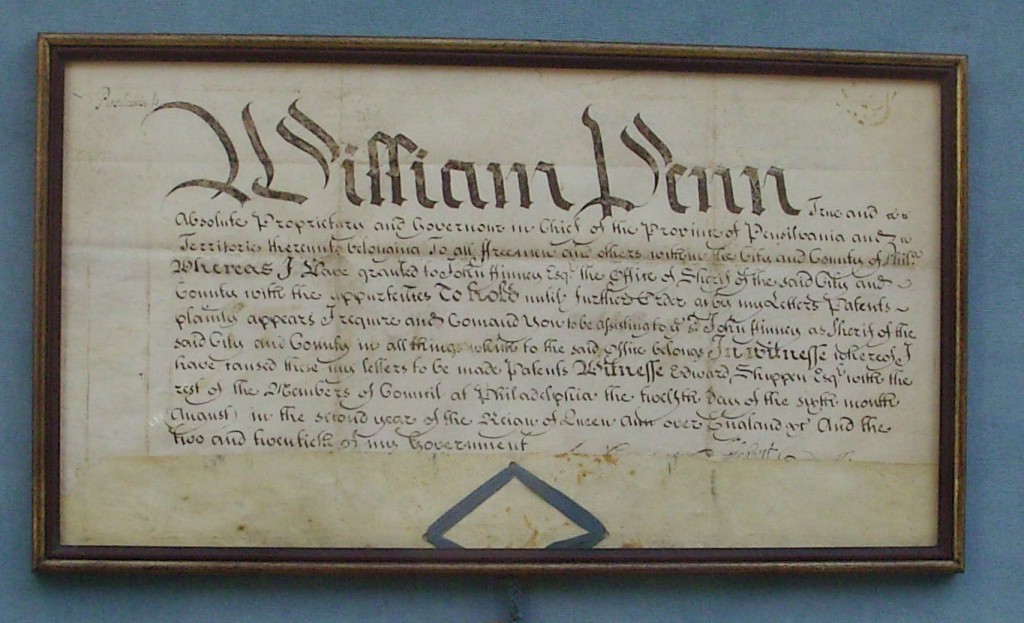 But after a few readings the letters can eventually be deciphered. William Penn… Governor in Chief of the Province of Pensilvania… granted to John Hinney the Office of Sheriff of Philadelphia… 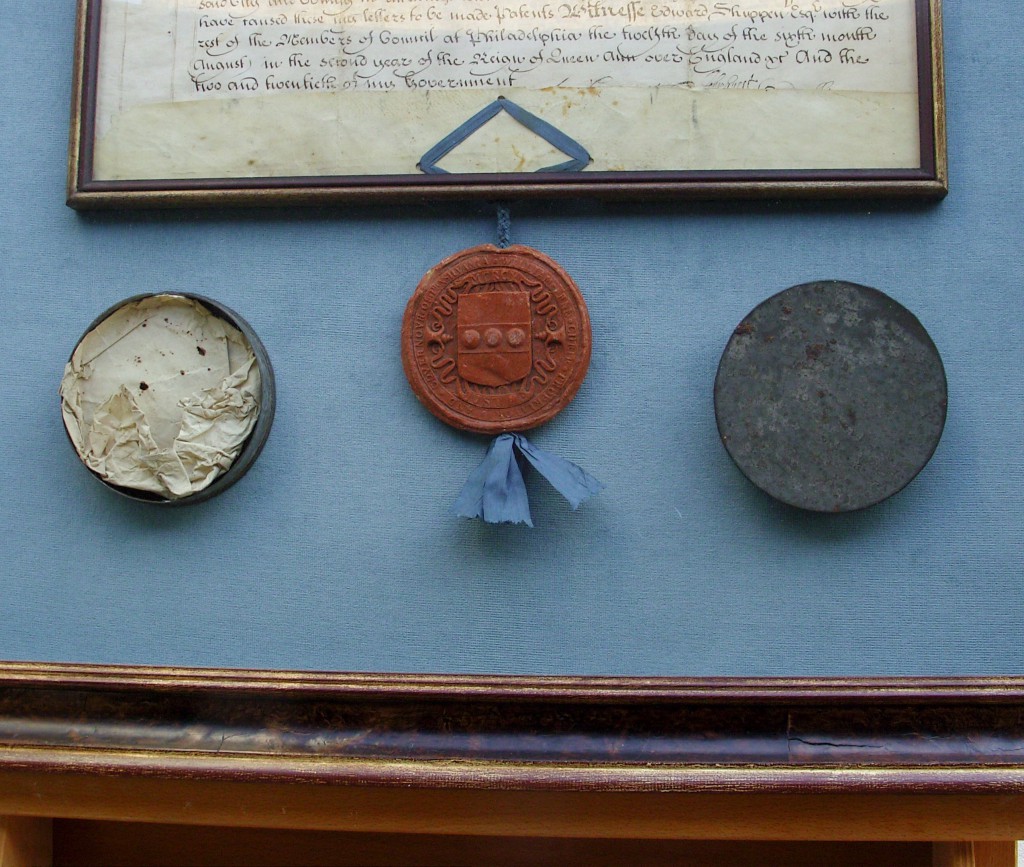 William Penn was born in London in 1644, grew up in Essex and was educated at Oxford. He was a pacifist Quaker, one of many who were persecuted in London and so moved to North America in 1682 looking for a new Quaker settlement. He founded the city of Philadelphia and also the Province of Pennsylvania, the British North American colony that became the U.S. state of Pennsylvania. The democratic principles that he set forth served as an inspiration for the United States Constitution. 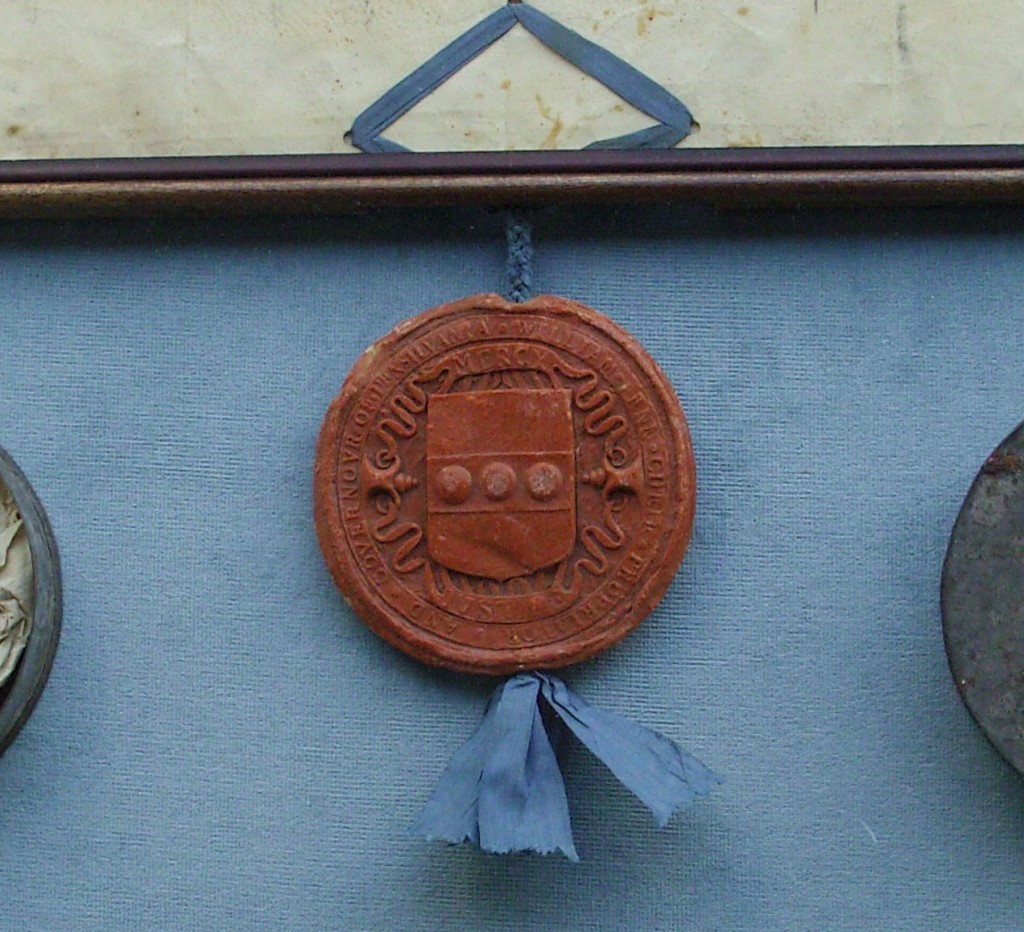 William Penn gave his name to Pennsylvania but also to penniless, which was sadly how he died back in England in 1718. His grave is at Jordans in Buckinghamshire. This document was framed for a thankfully less than penniless direct descendant of William Penn by The Rowley Gallery.