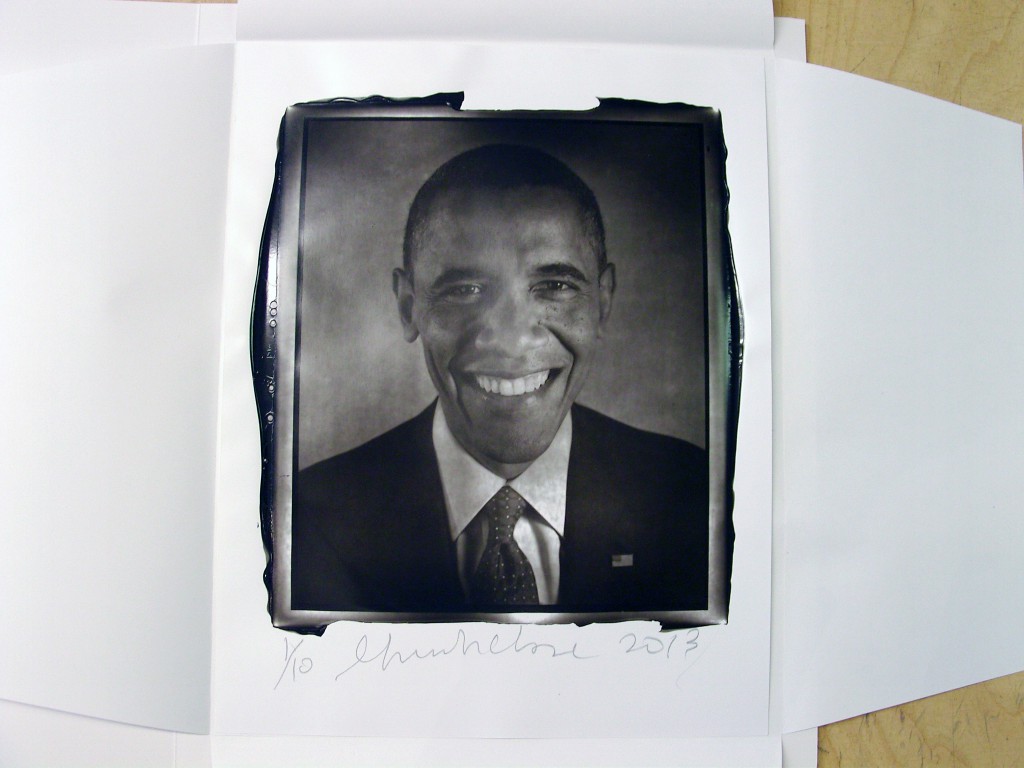 I’d heard of a Daguerrotype but not a Woodburytype until this one arrived on our counter for framing. Developed by Walter B Woodbury in 1864, the Woodburytype has been described as – ‘the most beautiful photographic reproduction process ever invented’. 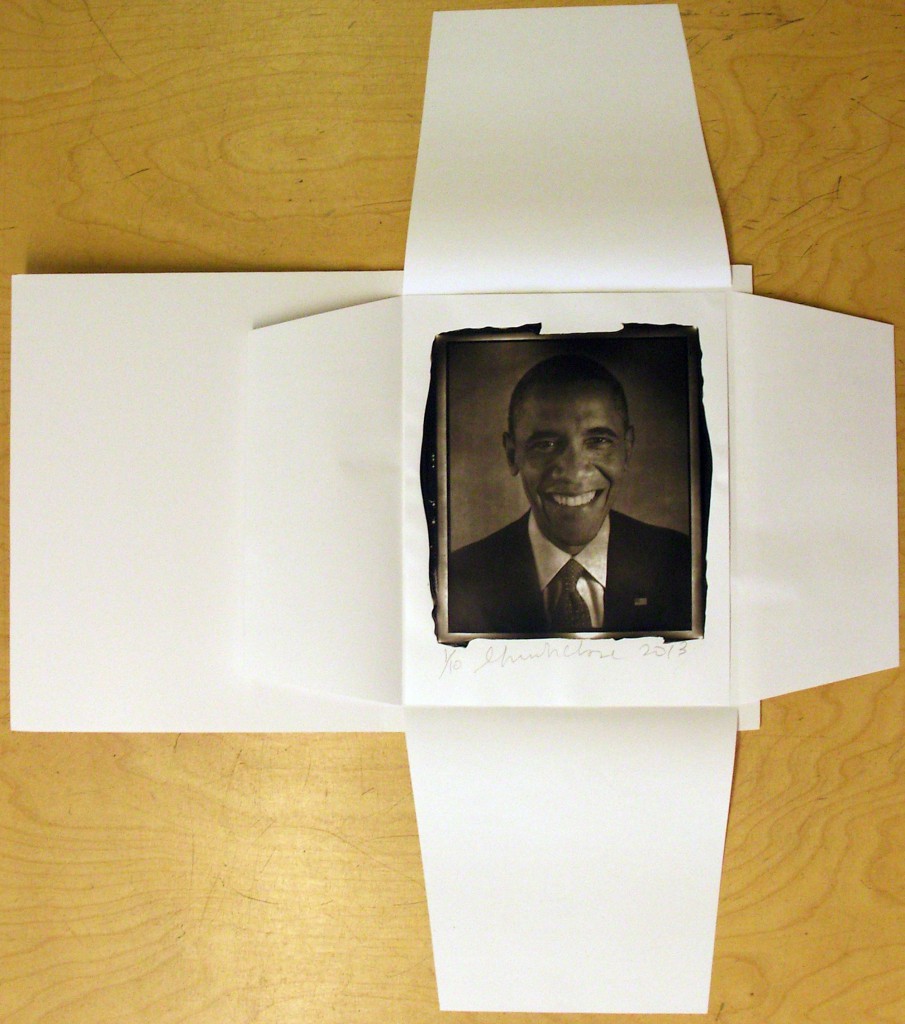 This print is one of an edition of ten, from a photograph by Chuck Close portraying a smiling Barack Obama. It’s one of a series of images by Close exploring the Woodburytype as a method of portraiture. It was published by Two Palms – nicely alluded to below in Kai’s and Dominic’s open hands. 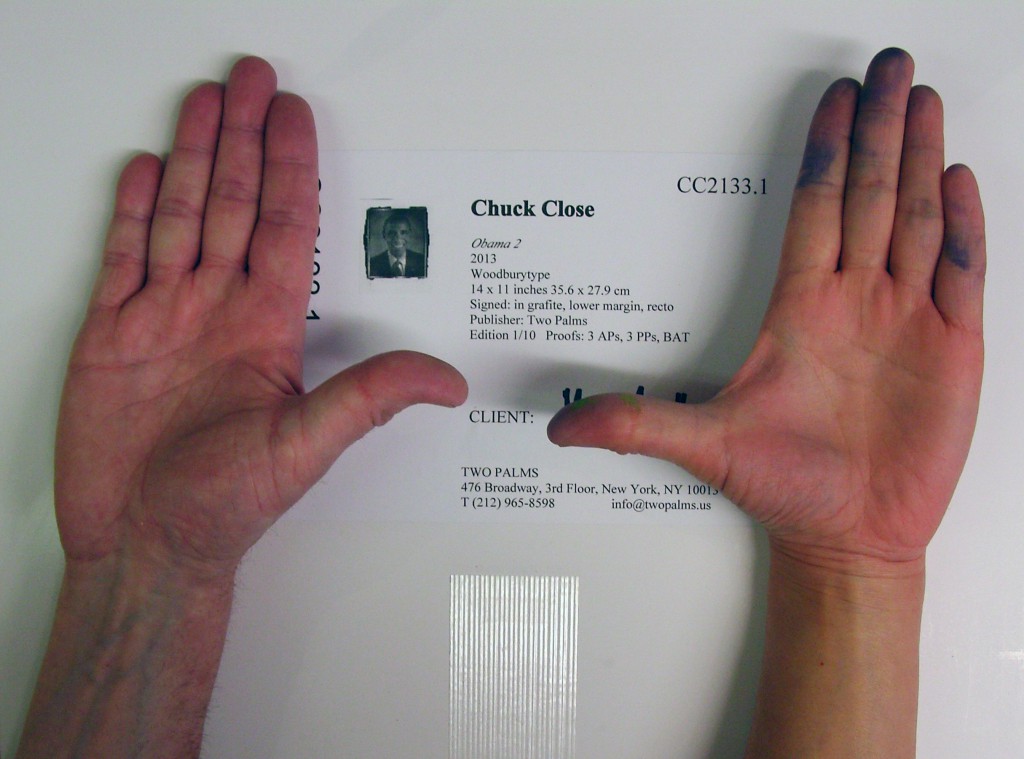 We presented the photograph unmounted in a simple frame, made from an elegant and unadorned oak moulding, with the emphasis on wood as in Woodburytype and democratic as in Obama. 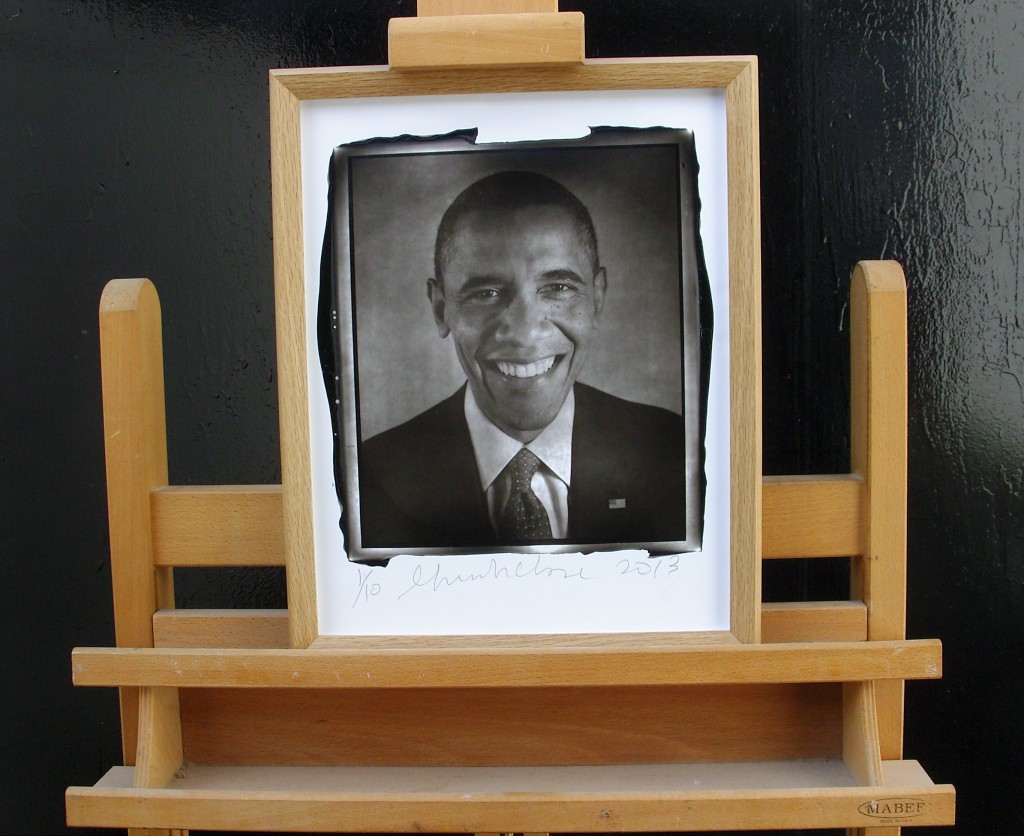