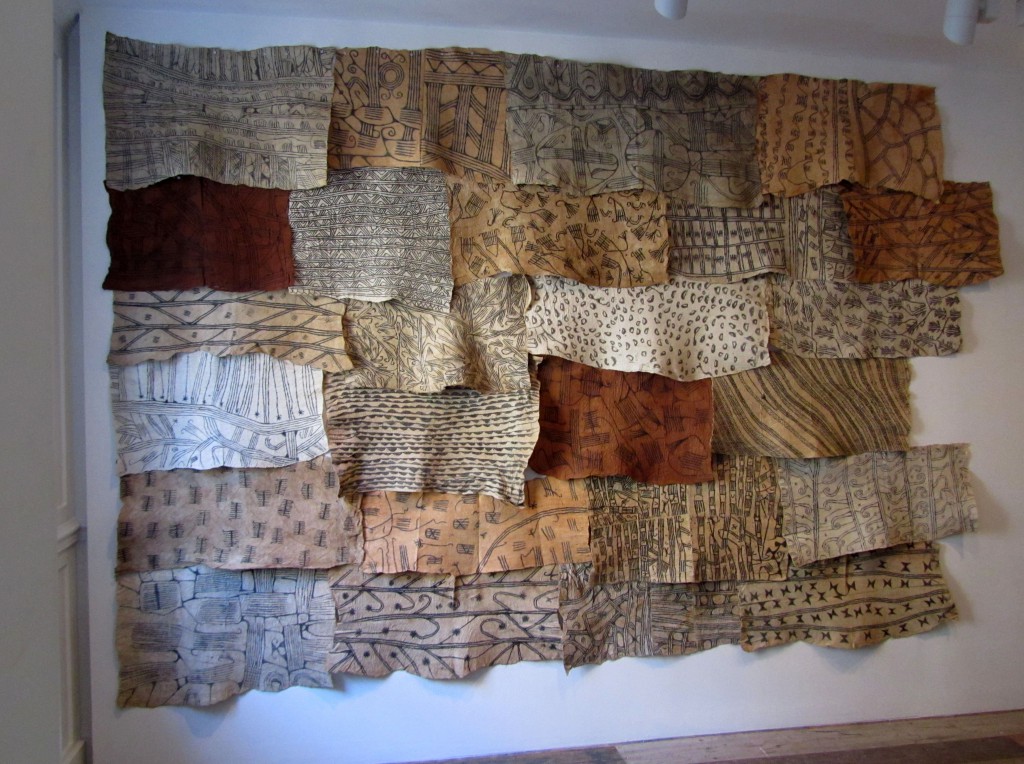 These beautiful Mbuti barkcloth paintings are part of an exhibition at Raven Row called The Stuff That Matters. I was surprised and delighted by them, and taken back to 1980 when I saw an advertisement in Art In America for an exhibition of Pygmy Drawings at the Linda Einfeld Gallery in Chicago. The illustration struck a chord with me then and I wrote off for a catalogue. 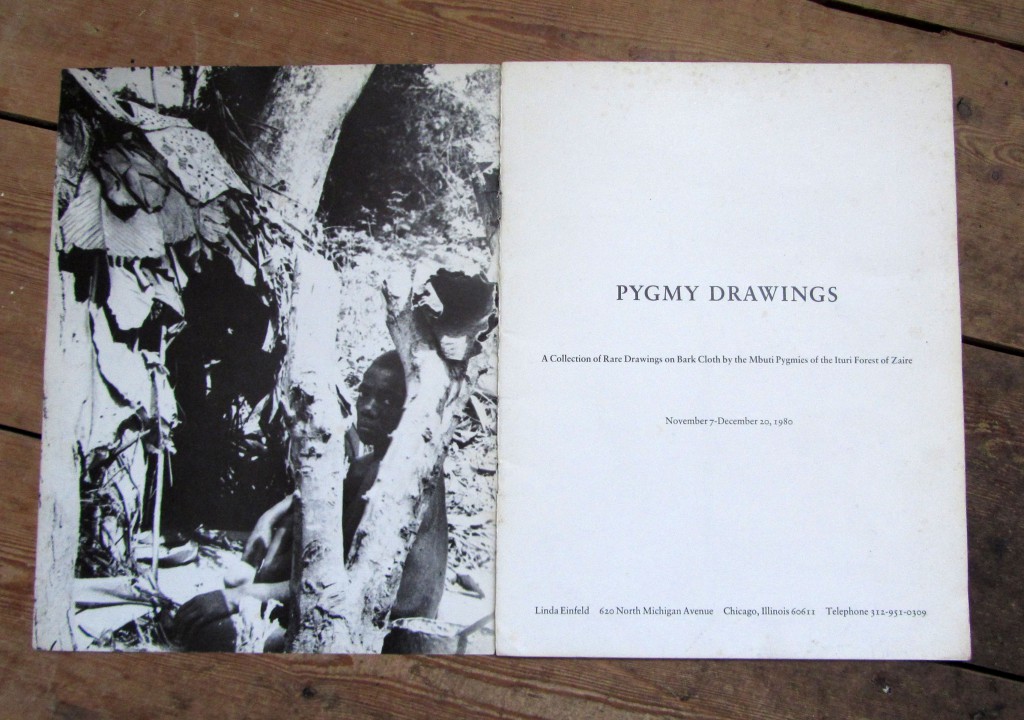 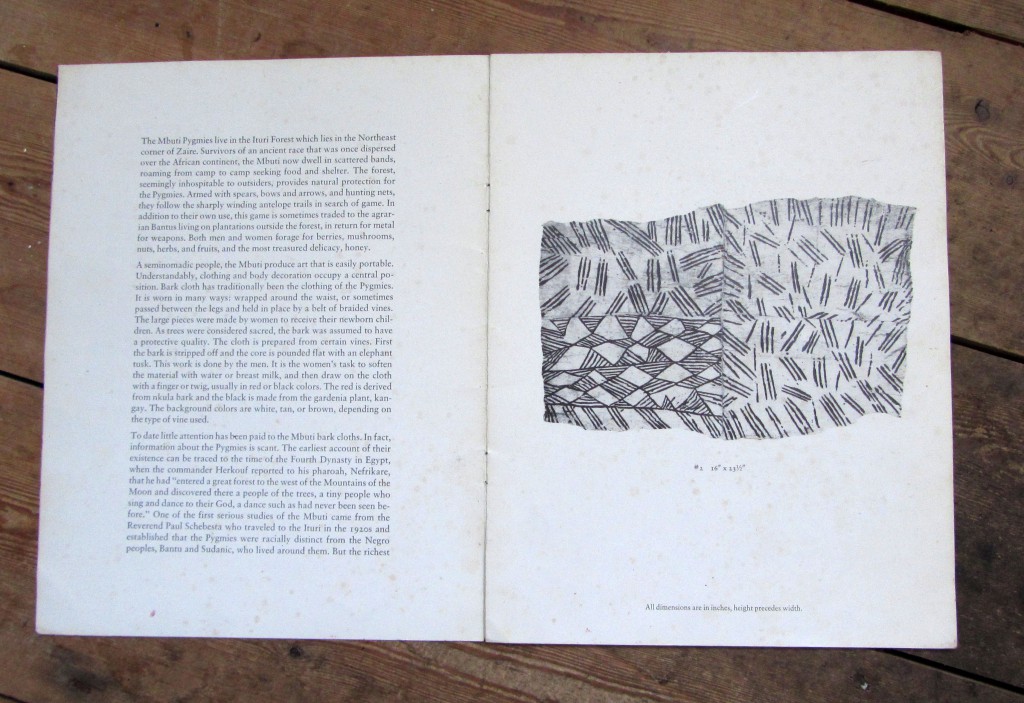 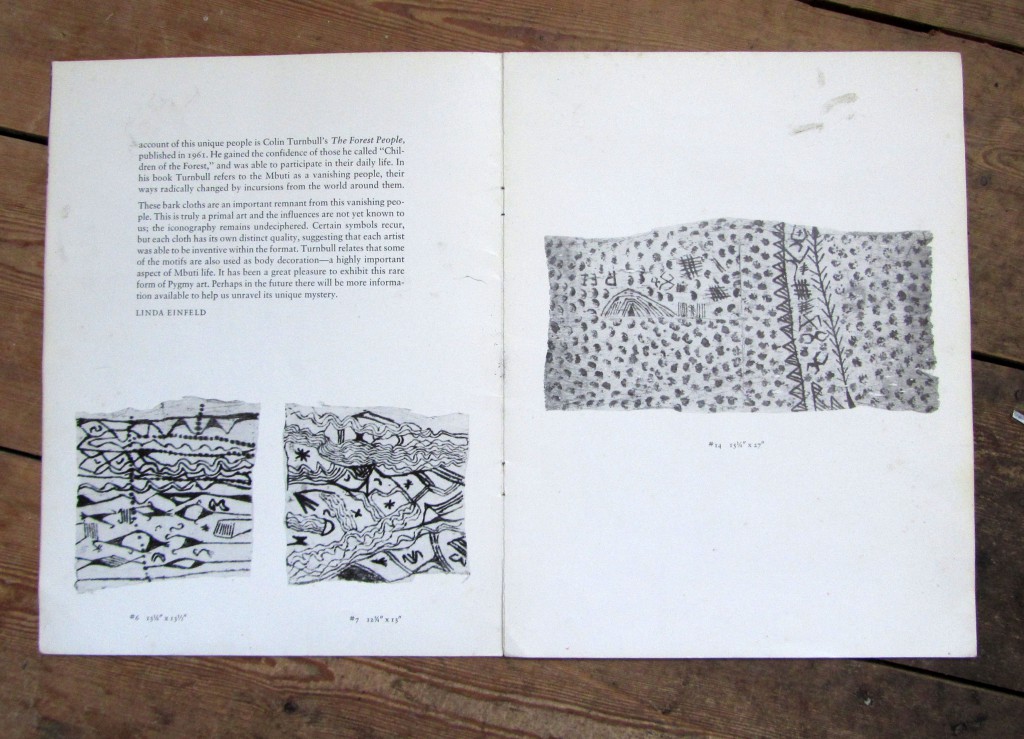 I was looking at Jasper Johns paintings a lot in those days. I liked his method of covering a surface with cross-hatched marks. It seemed a non-representational way of painting (though derived from marks painted on a tree by a Mexican barber). These Mbuti paintings seemed to suggest a whole vocabulary of abstract marks that were very seductive in a similar way. An exotic visual music. 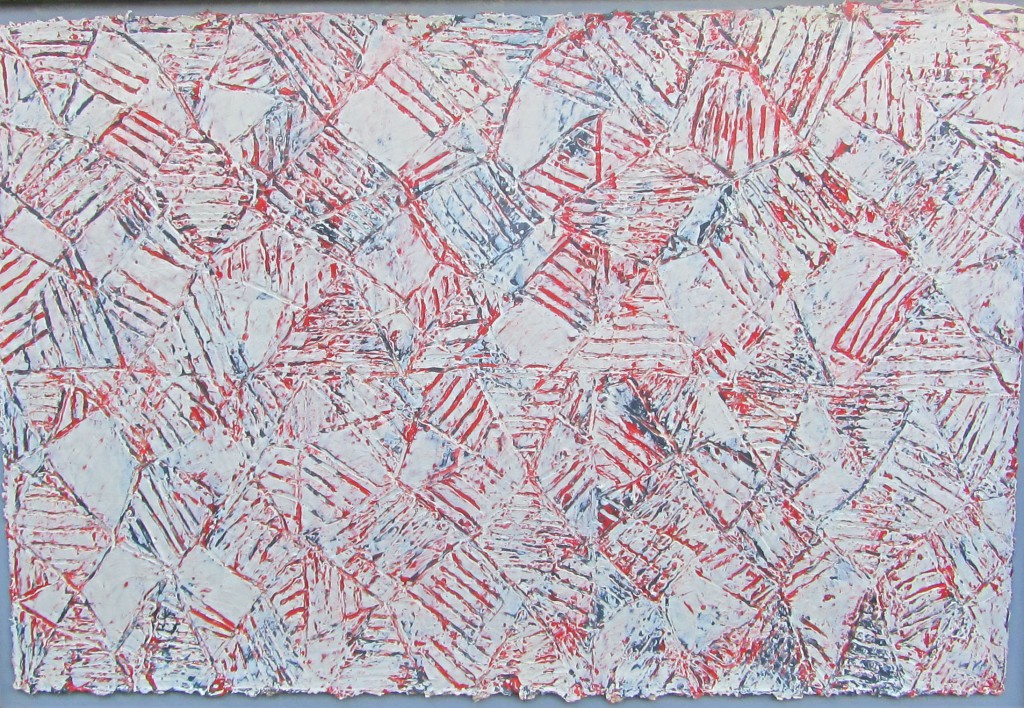 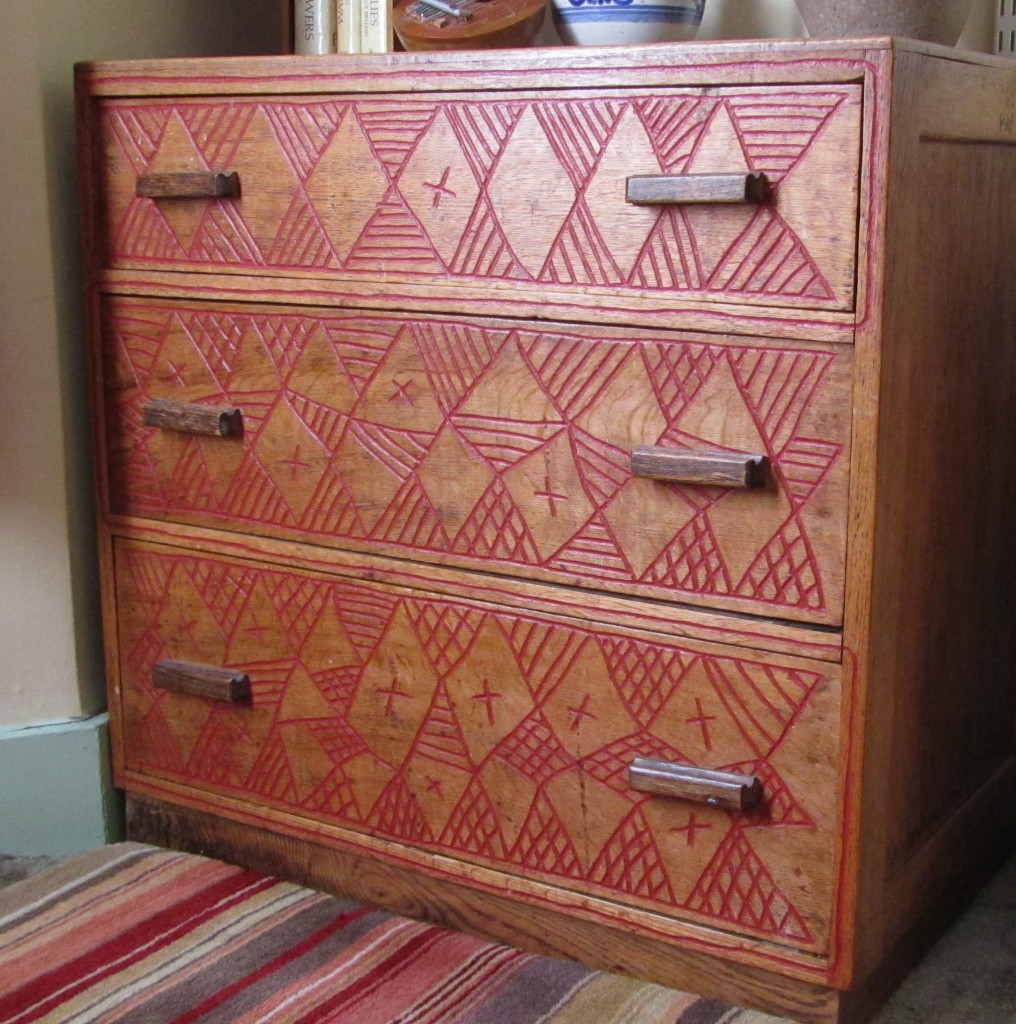 I took a chest of drawers and turned it into a chest of drawings. I carved channels into the wood and filled them with coloured wax. For a while everything I touched became Mbutified. 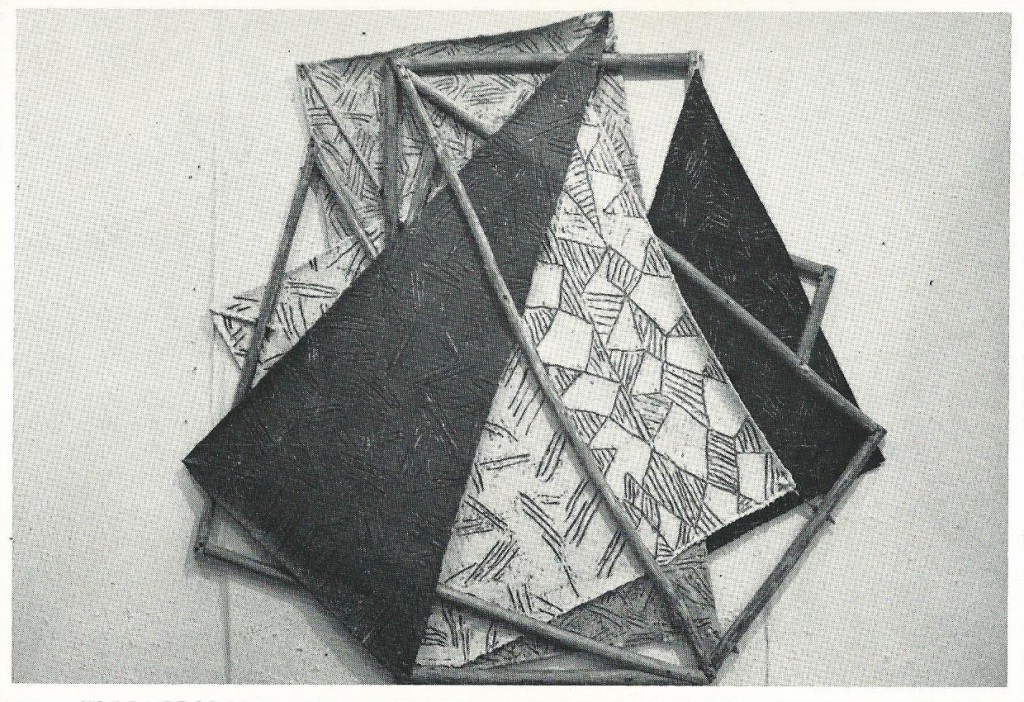 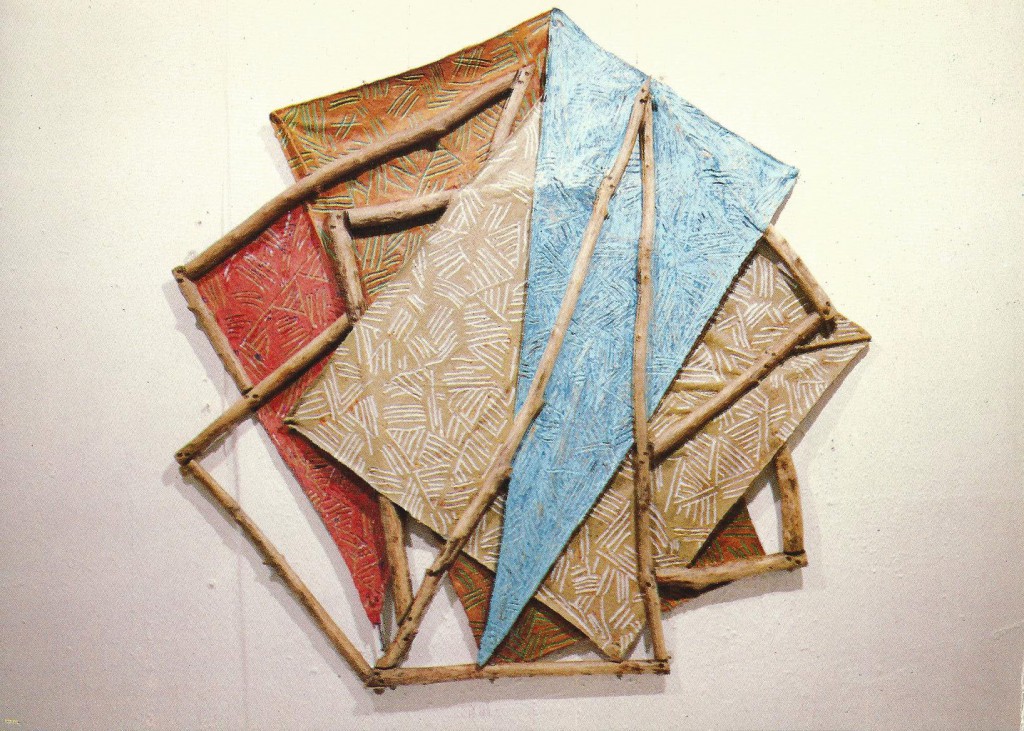 I was also playing around with the construction of a painting. I cut simple shapes of canvas and stretched them over a wooden framework that echoed their outline. I began making these frameworks from branchwood at the same time that I began painting the canvas with oil & wax encaustic and inscribing it with marks prompted by the pygmy drawings. These paintings were called Echo’s Bones. They each measured approximately 5 feet by 5 feet and I made maybe ten of them, exploring many ways of Mbuti mark-making. I slowed down when our twin daughters arrived, and when they started using them as climbing frames was when I stopped and started making smaller pieces. 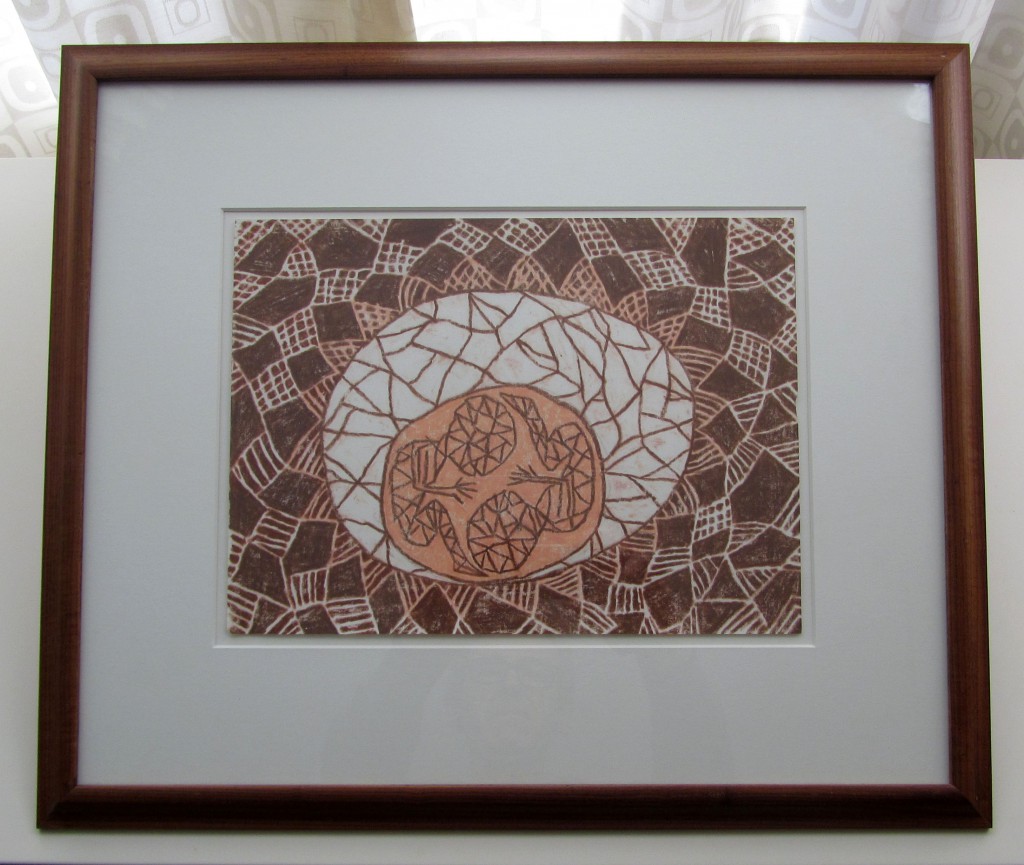 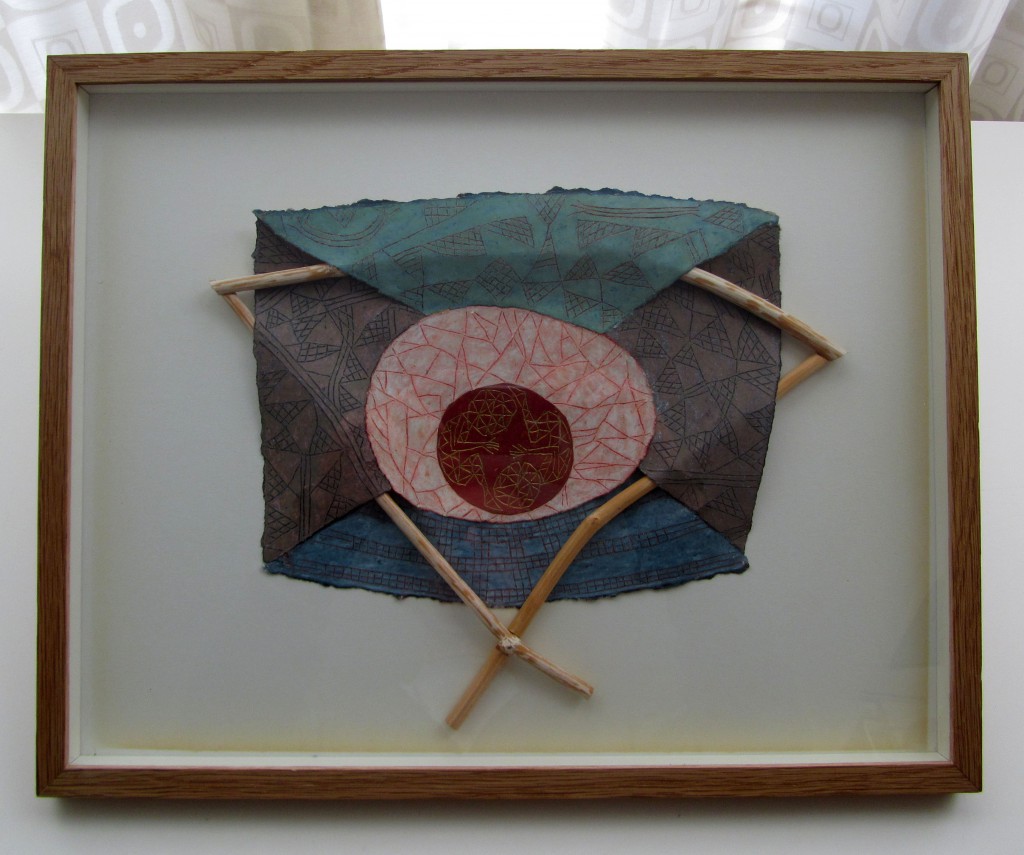 Eventually a new method of picture making evolved using small scraps of wood veneer, inscribed over and over with ink drawings, then inlayed with cut paper shapes, coloured with wax-crayon and scrubbed and scraped. None of this was ever straightforward. It was about the process of making something, transforming one thing into another thing, hand-made manufacturing. It was always: take an object, do something to it, do something else to it, etc. The Mbuti marks persisted, as if they were the matrix for the pieces that grew from them. And eventually I realised these marks are not really non-representational at all, but visible signs of being in the forest and the fractal geometry of trees. They were the stuff that matters. 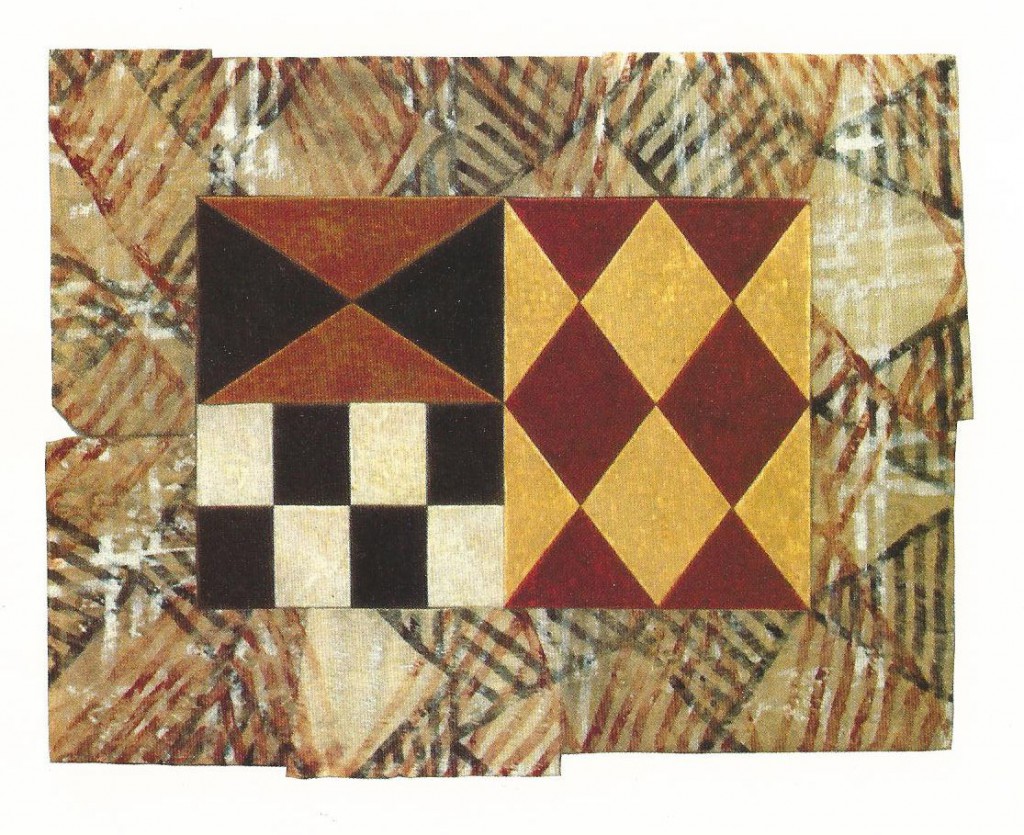 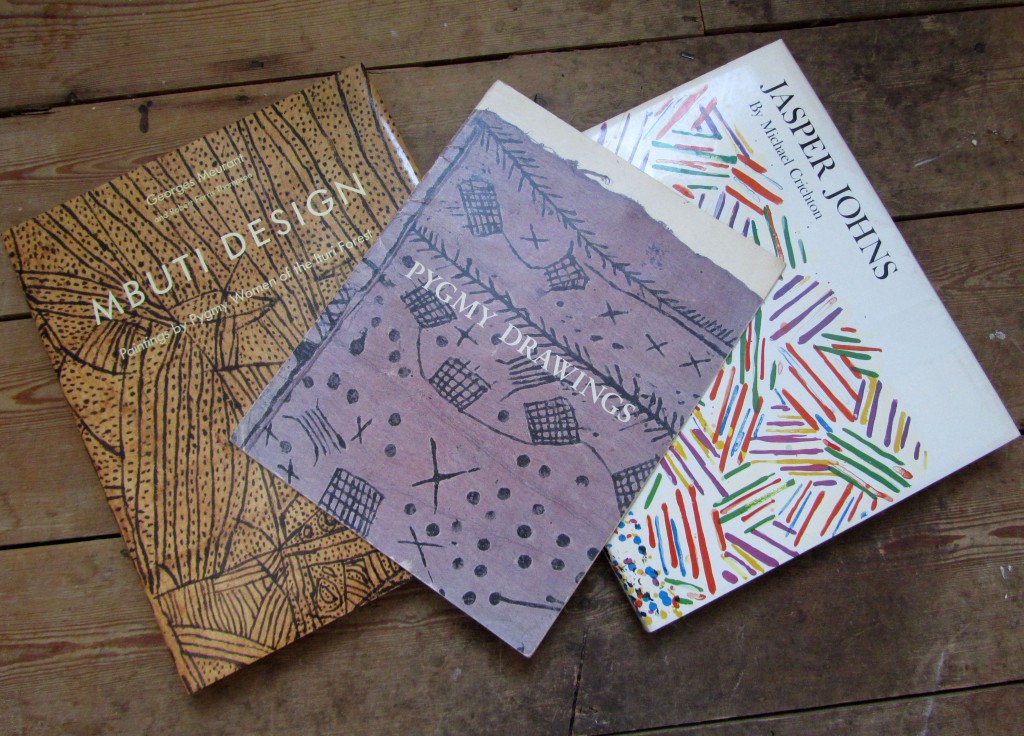 5 thoughts on “The Beauty Of Mbuti”