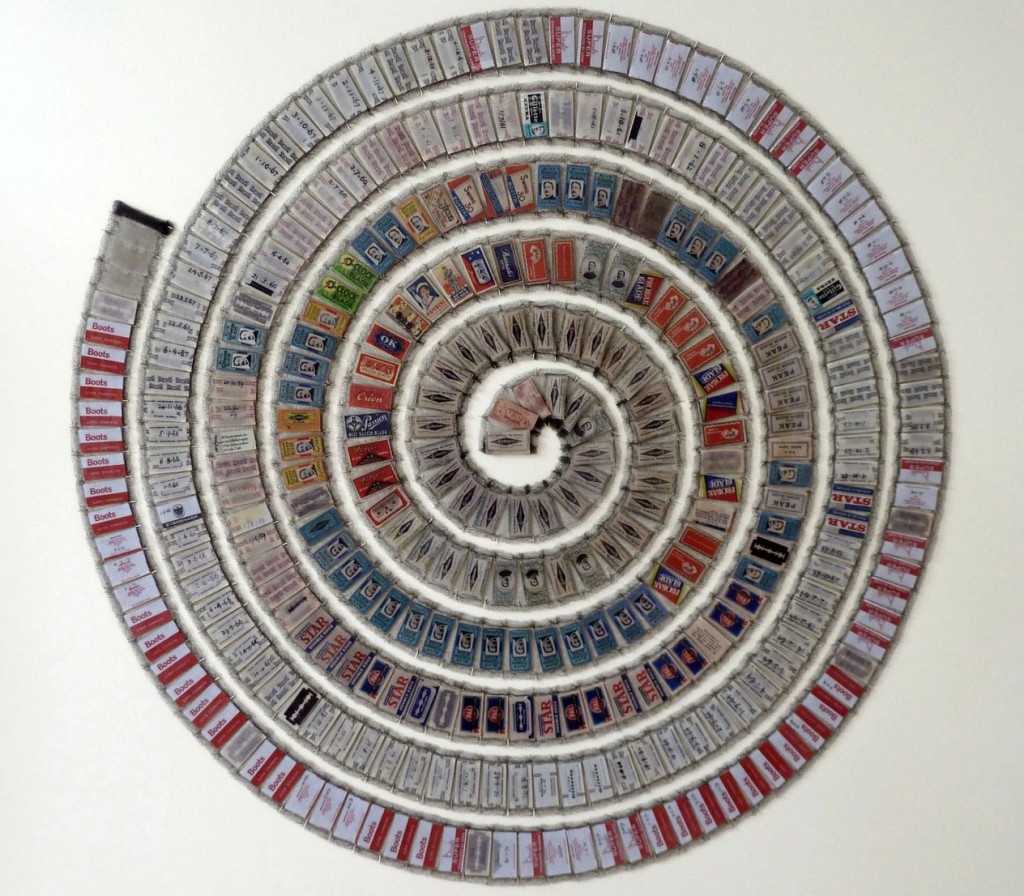 Ten years ago I received a strange email marked ‘cacklegoose’. Curious both because the author was nameless but more so due to she? he? offering ‘artistic material’ in the form of 328 razor blades. Further corresponding revealed it was from the writer and publisher Michael Raeburn of Cacklegoose Press. When his father, Walter Raeburn, died in 1972 Michael discovered a box of all the razor blades he’d used since the late 1920s along with the well worn razor in its purple velvet-lined case. END_OF_DOCUMENT_TOKEN_TO_BE_REPLACED