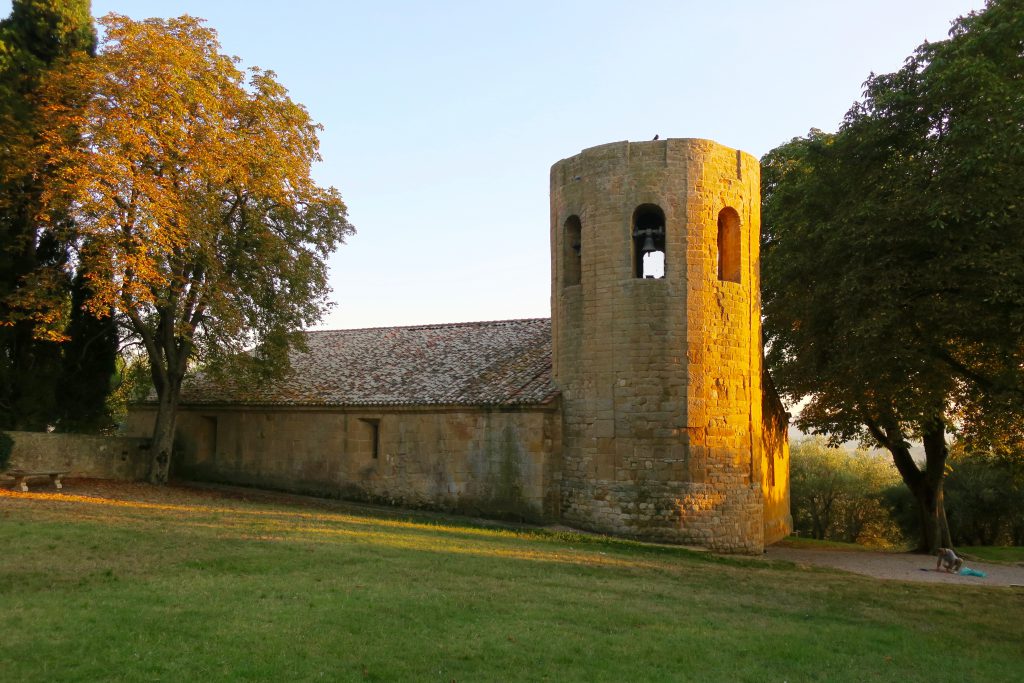 One evening we came down the hill from Pienza to see the original parish church, which dates from the time when the town was still known as Corsignano. Luckily we found the caretaker sweeping up rose petals after a wedding and he invited us to look inside. 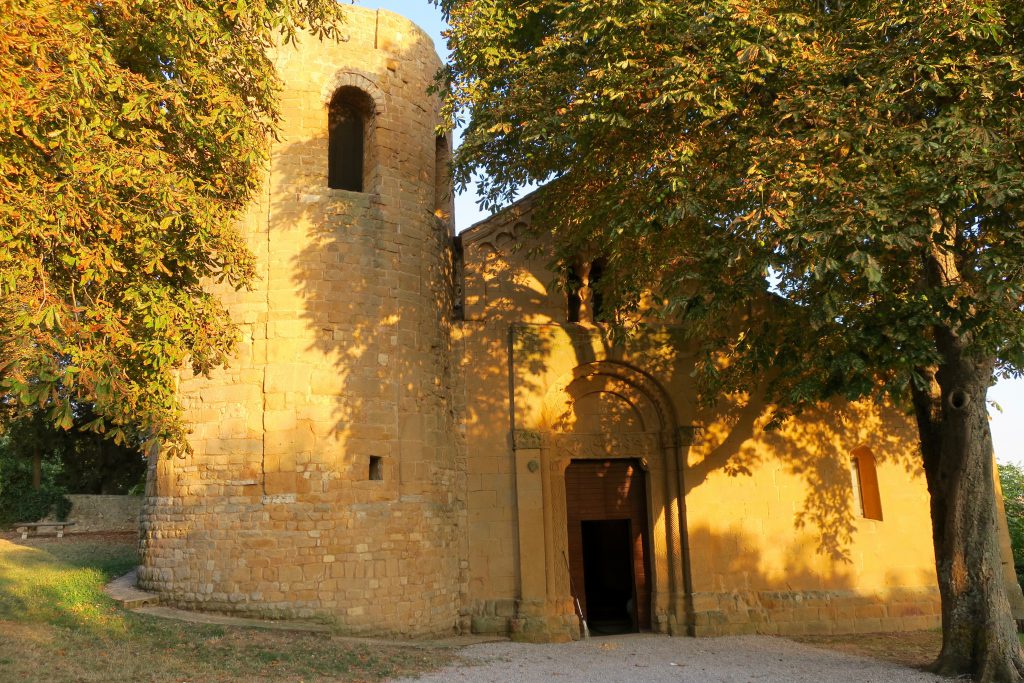 Just below the walls a country lane leads to the beautiful Romanesque Pieve di Corsignano (Santi Vito e Modesto), in a clump of trees including a huge old olive, and beside a public fountain. The church is very ancient (10th-11th century) and has an unusual circular tower with eight large arched windows, and interesting sculptural details on the exterior. The doorway is decorated with reliefs of stylised flowers and palmettes and a strange double-tailed siren; the window has a caryatid at the centre.

Not to be missed is the ten-minute downhill walk from Piazza Dante to the Pieve di Corsignano, the village’s original parish church, and the place where Pius was baptized. It probably dates from the tenth century, and is one of the best Romanesque churches for miles around. The cylindrical tower – used to shelter the townspeople during bandit raids – is highly unusual, as are the carvings above the main and side doors. You can get the key from the farmhouse just behind the church – leave a small tip. 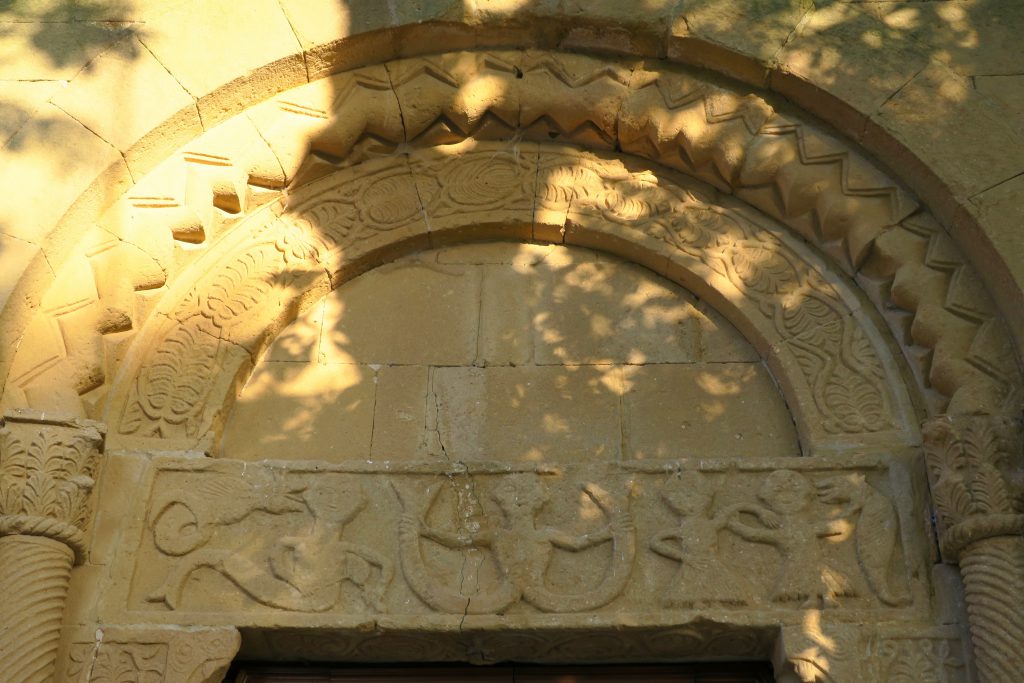 In the middle of the facade of the entrance to the parish church (7th century) of the former Corsignano, where Pius II was baptised in 1405, is a relief showing a man grasping a serpent in each hand: this is the mythical representation of Christ dominating the masculine and feminine forces of the Universe.

To his left, a man with a mermaid’s tail struggles with a reptile: the man expresses the struggle between Ideal Love and animal passion, which is why he is half-human; while the reptile represents base instincts trying to devour his head, i.e. dominate his mind and from there to pervert the rest of his senses. It represents the initiatory struggle between the profane and the divine state. 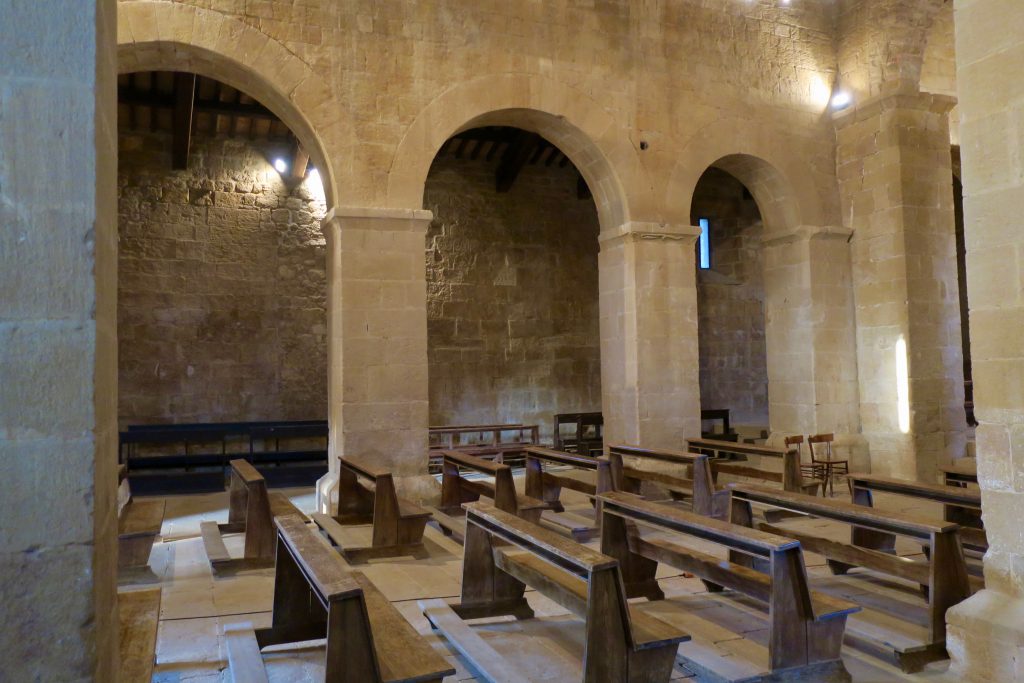 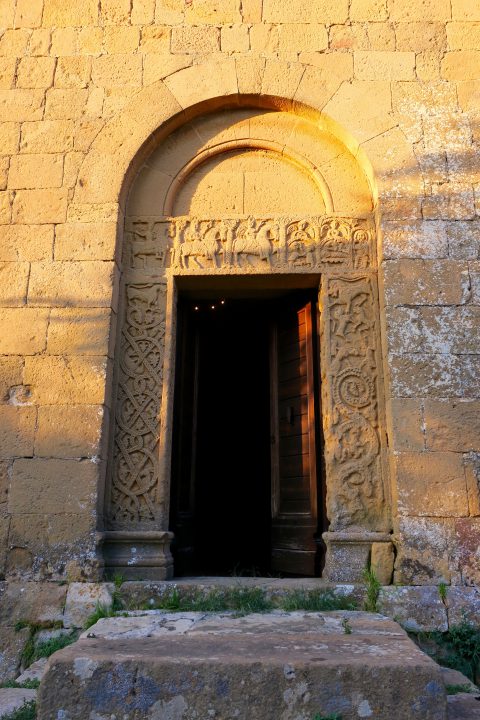 Beside a picturesque but abandoned old farmhouse can be seen another doorway, where the delightful old carvings depict the Three Kings on their journey to Bethlehem mounted on huge chargers, the Nativity, and animals on the jambs. The lovely interior (usually closed) has a basilican plan and still contains the simple baptismal font supported on a Romanesque capital in which Pius II was christened. 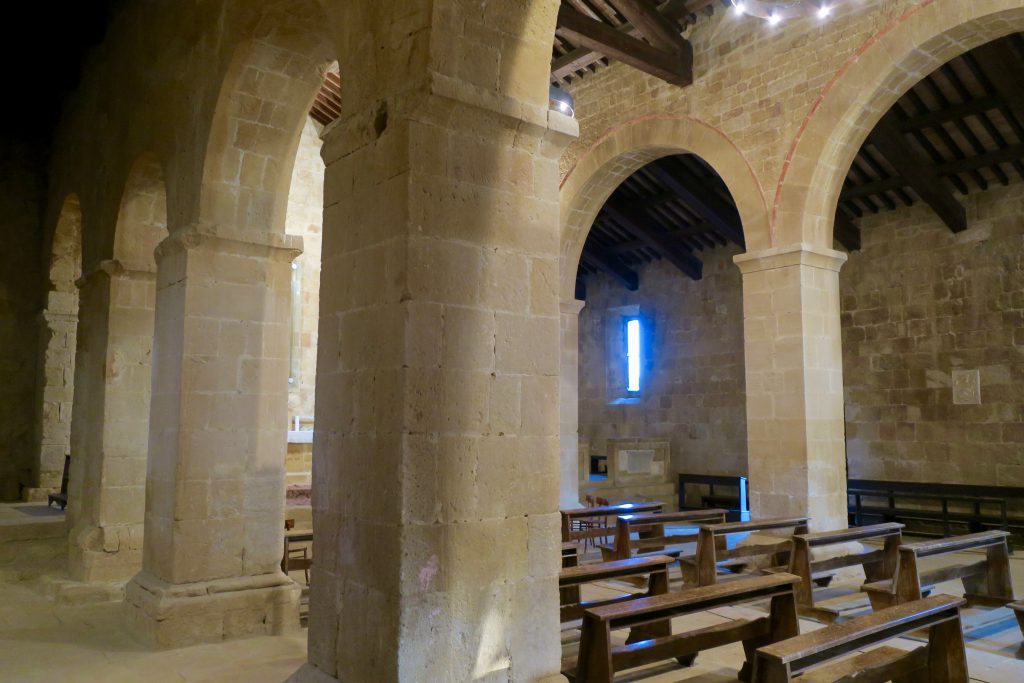 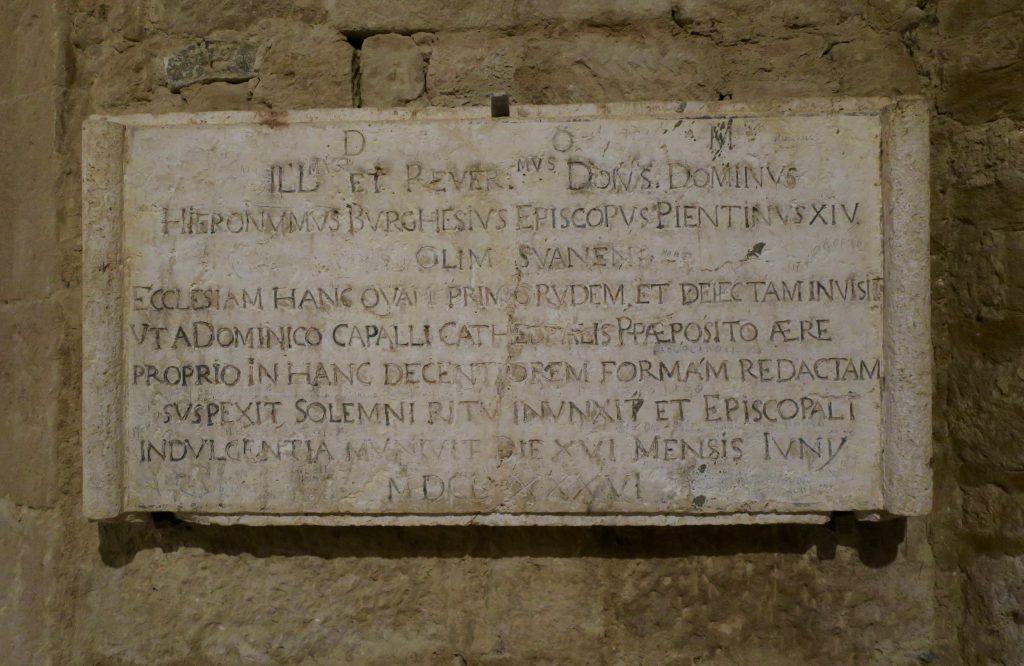 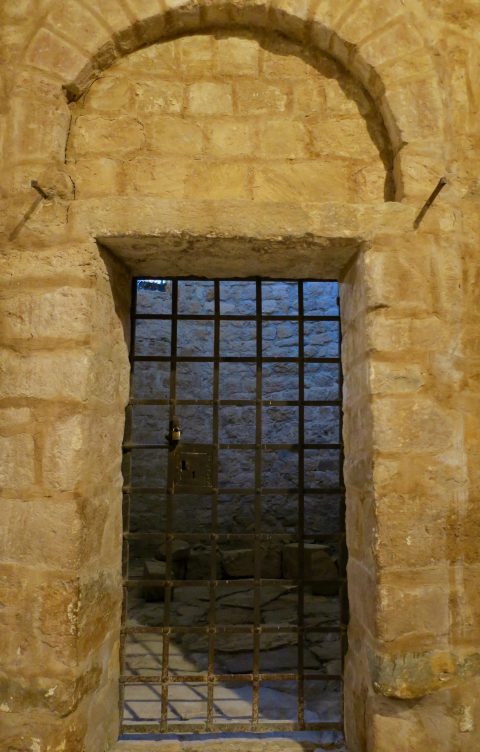 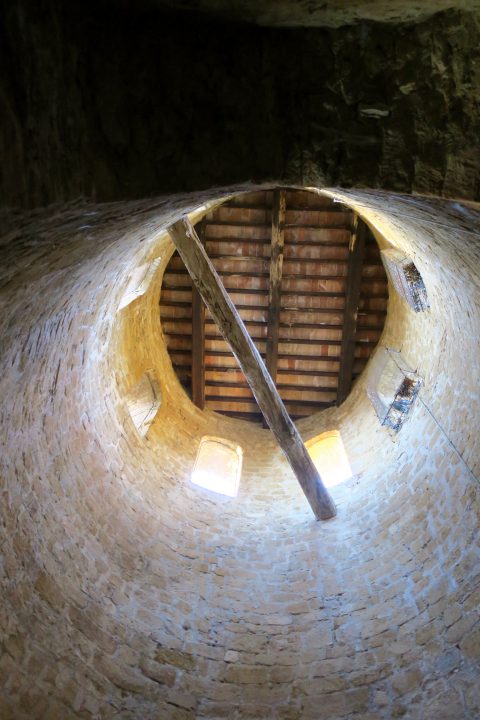 The parish church of St Vitus, the old church of Corsignano, predecessor of Pienza, just has a farmhouse as a companion, and was shut. We failed to get in despite the efforts of a friendly Italian who was visiting the farm house in his three-wheeled truck and who was at first sure that they would have a key. It probably did not matter because we saw the special Romanesque facade with unexpected female caryatid sculptures on the window above the door. The tower, round, buttressed by pilasters, with very simple window openings near the top, is unrestored and reminds us of the circular Norman towers of Norfolk.

Later, back in Pienza, walking the walls under a full moon, the cypress trees lit up like candles,
we passed the caretaker from the church going home and we wished one another Buonasera.