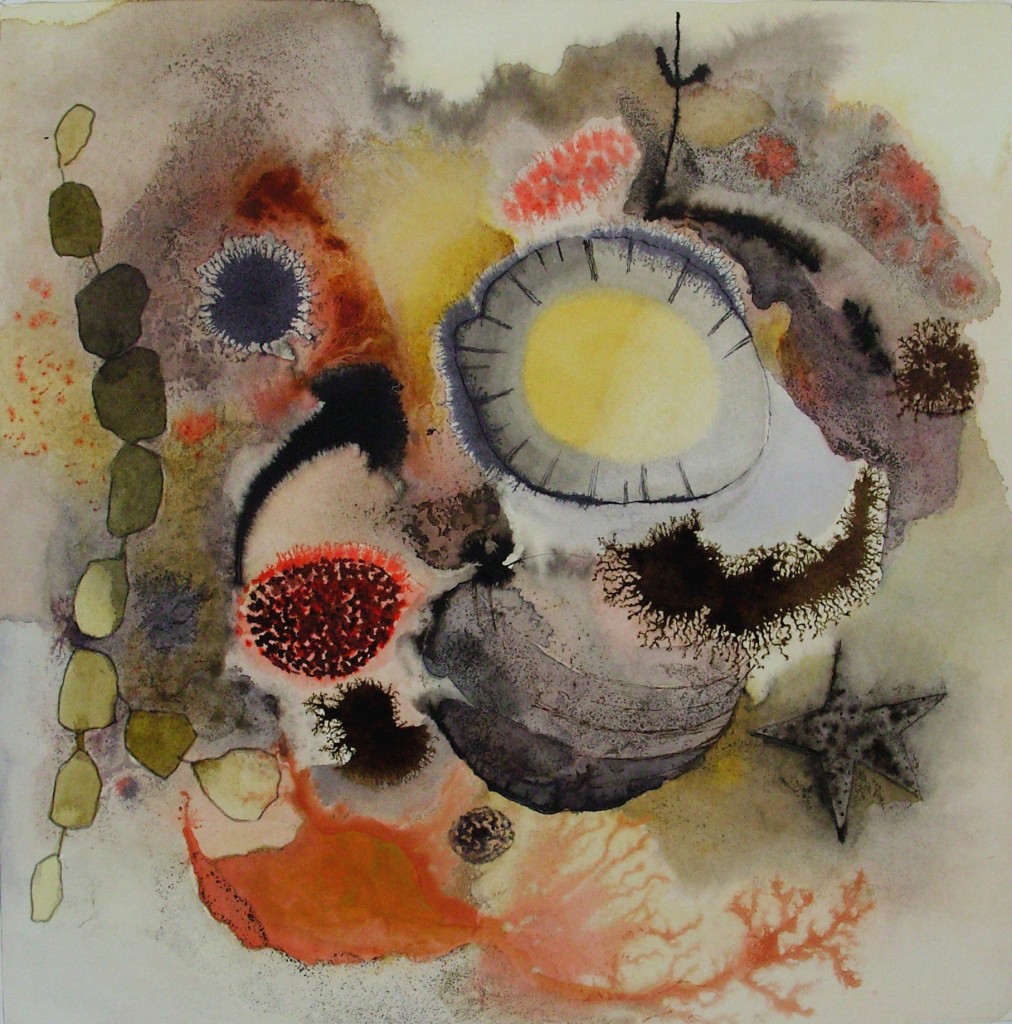 We have been blessed with Jenny Franklin’s magical watercolours since 2006, when Kai and I first started showing pictures at The Rowley Gallery. Shown here is Flotsam (Shells), Australia, one of a series of paintings of rock pools. Jenny’s watercolours are virtuoso technical performances. They are also revelations of the world around us, grown out of close observation, transformed and re-presented, they capture the essence of her subject. She quotes the artist poet Jean Arp, who spoke of “a secret primal meaning slumbering beneath the world of appearances”.

Earlier this year Jenny was invited to show a specially commissioned painting in the exhibition Watercolour at Tate Britain. In September she had a solo exhibition at the Crane Kalman Gallery in London. Her work will also feature in Crane Kalman’s Christmas exhibition Women And Art, which opens on December 1st with a charity auction at 7pm in aid of Ovarian Cancer Action.

You can see more of her work here on The Rowley Gallery website.