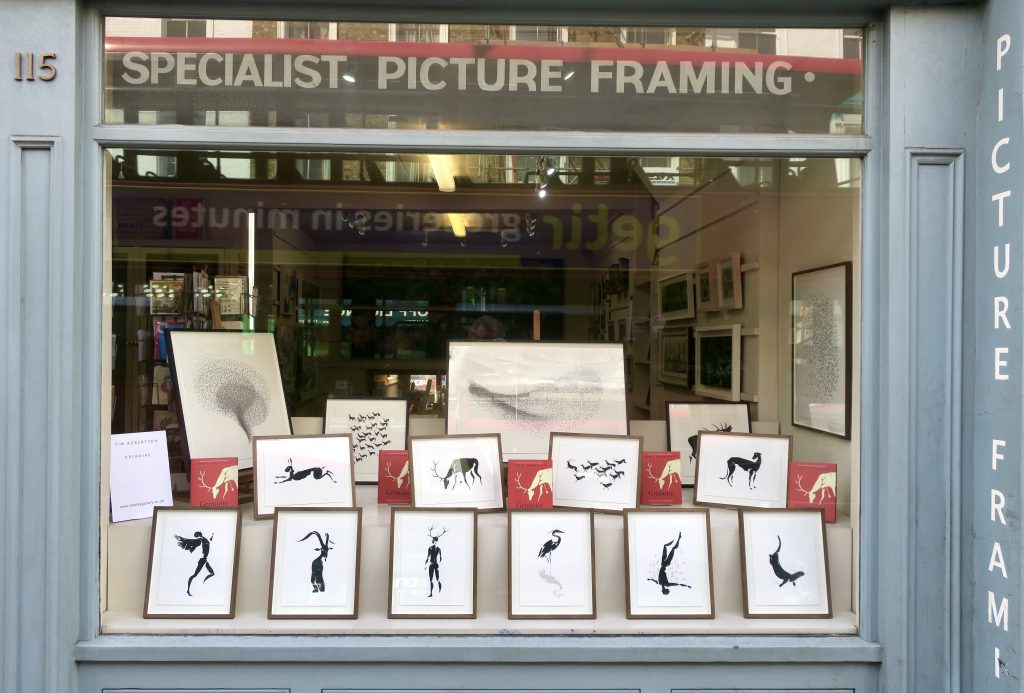 For the month of May, the Rowley Gallery’s window display features drawings and prints by Tim Robertson. 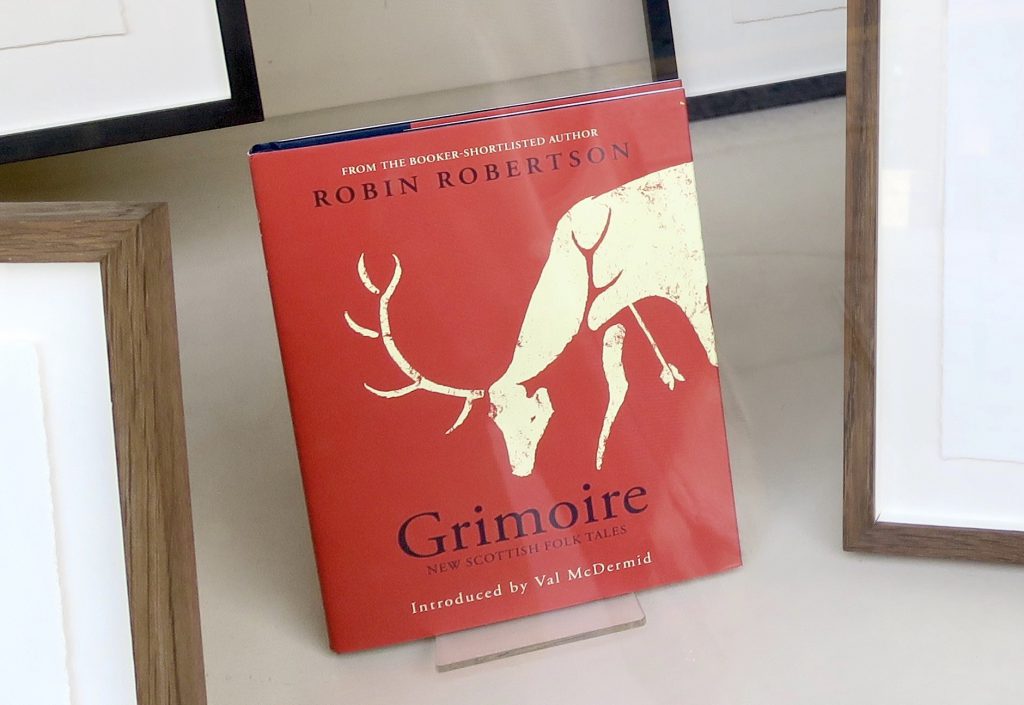 Last year Tim worked with his brother, the award-winning poet Robin Robertson, on a book called Grimoire. A grimoire is a handbook for invoking spirits, and the poems read like lost chapters from the Celtic folk tradition – tales of violent hungers, passions and dreads, of second sight, selkies, changelings and doubles, all narrated by a doomed shape-changer – a man, beast or god. 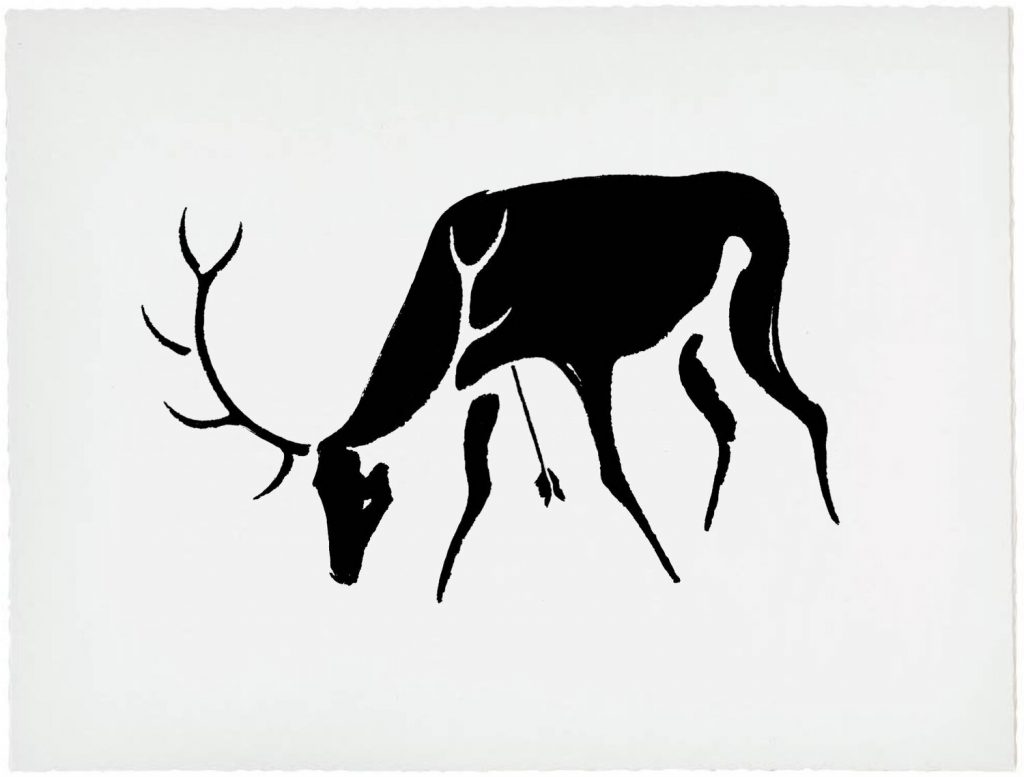 He dropped his head as if in consent

At first I was a little reluctant to take on the book. The images conjured by poetry are generally best left to the reader’s imagination. And I worried about doing full justice to Robin’s unflinching and beautiful poems. But in the end, I couldn’t resist the chance to work together, the nature of the poems themselves and Robin’s certainty that it was the right thing to do. 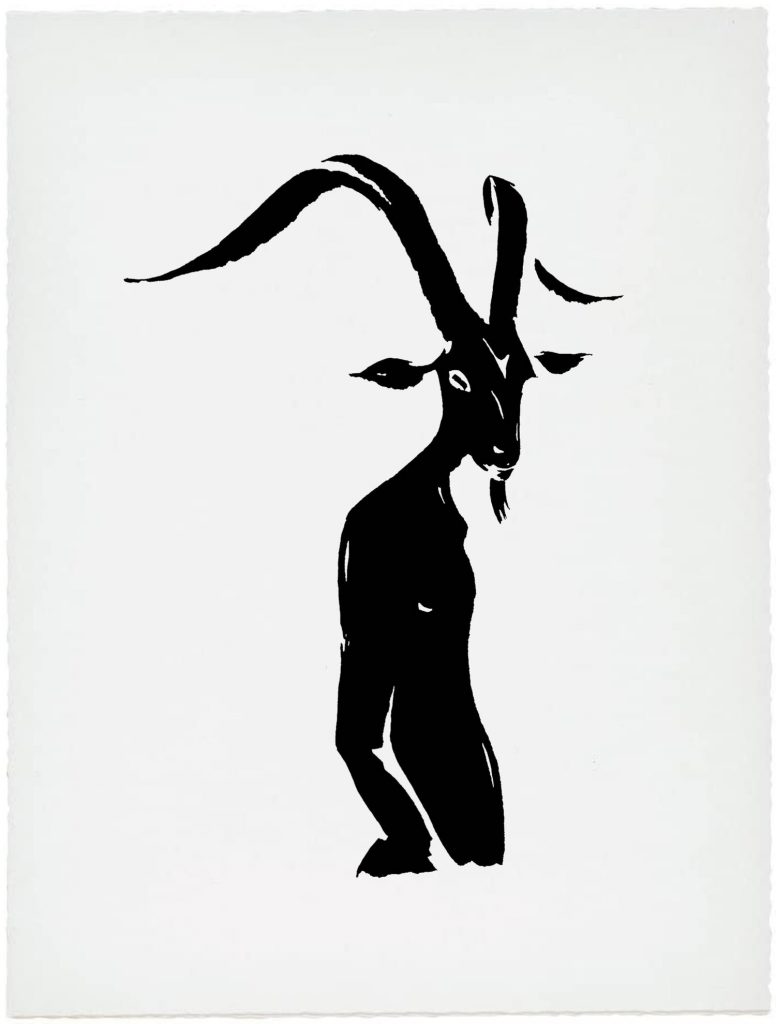 I wanted the drawings to echo the spare, distilled writing and belong within the same disconcerting, weirdly exciting world, to complement the narrative, to run parallel with it, without being too literal. 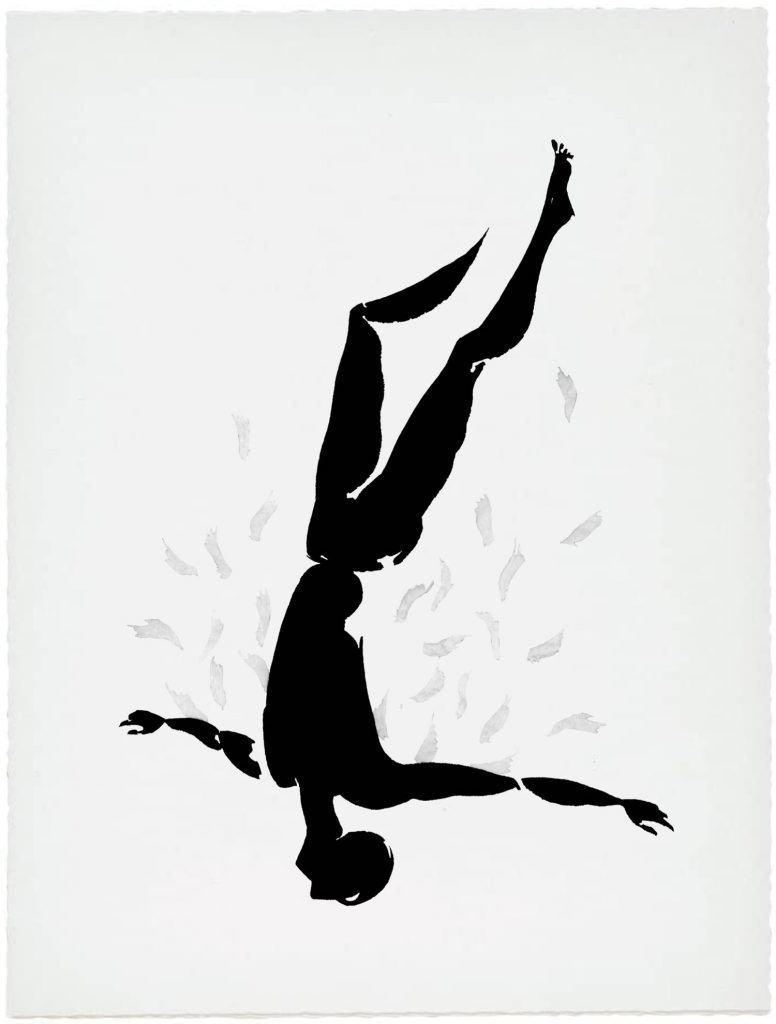 It felt important that the drawings were not overly representational. Grimoire’s grip on the imagination depends on ellipsis and inconclusiveness. It’s about what Robin leaves out as much as what he puts in. So it had to be with the images, which is why I developed an expressionist approach, sharp-edged, inky but always on the edge of disappearing. 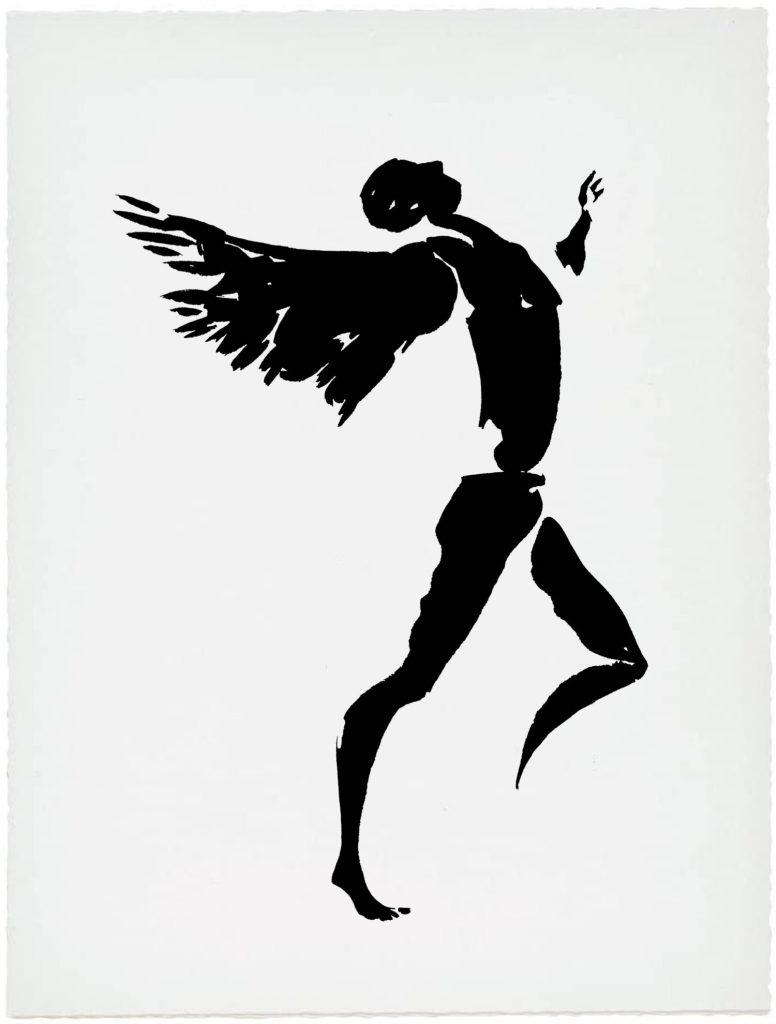 Then I turned to a starling

Mutability is a thread which runs throughout the book. Even the narrator himself is a serial shape-shifter. Some of the most striking and memorable moments in Robin’s writing are here and it’s a rich vein for imagery. 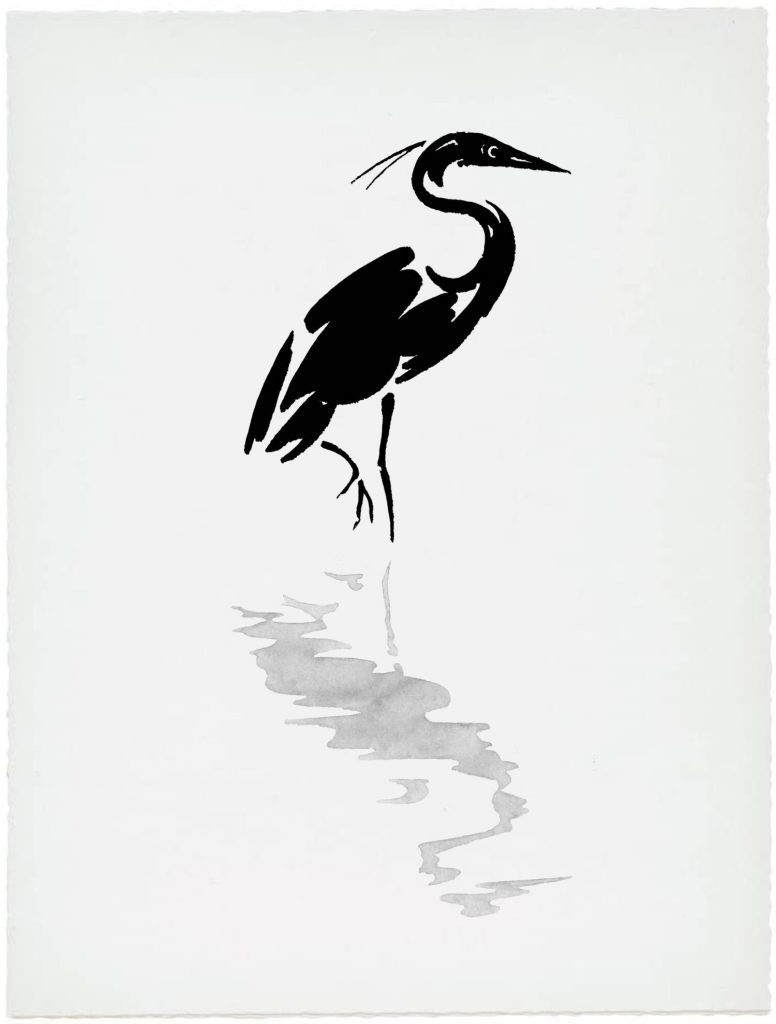 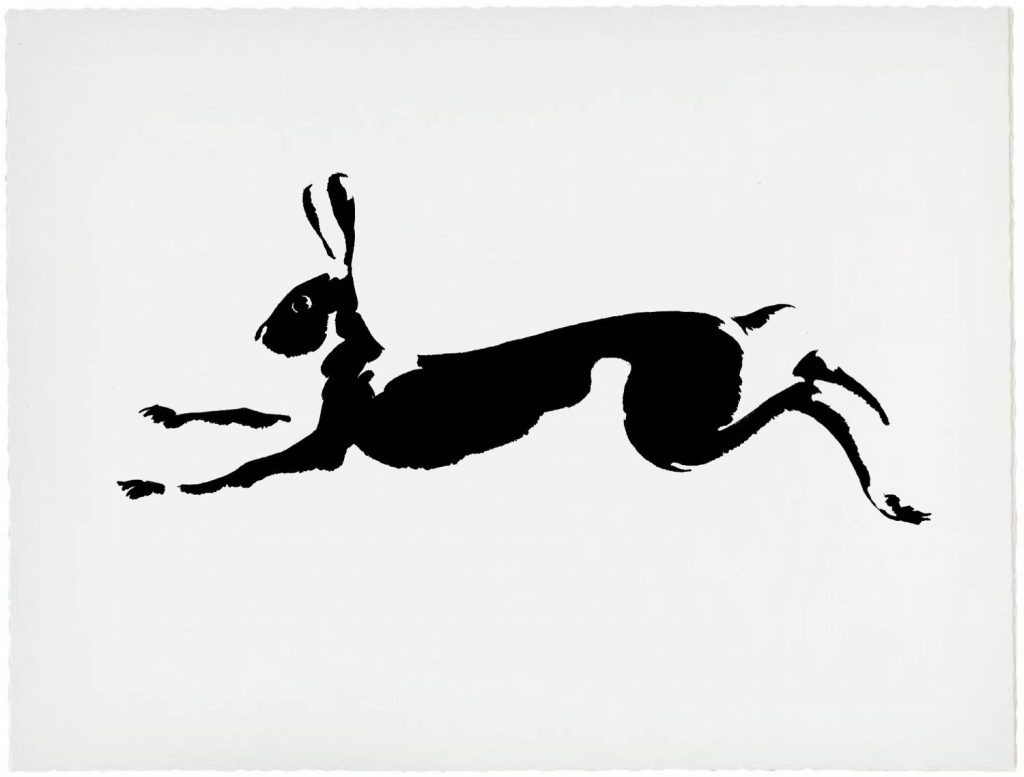 He changed to the ways of a mountain hare 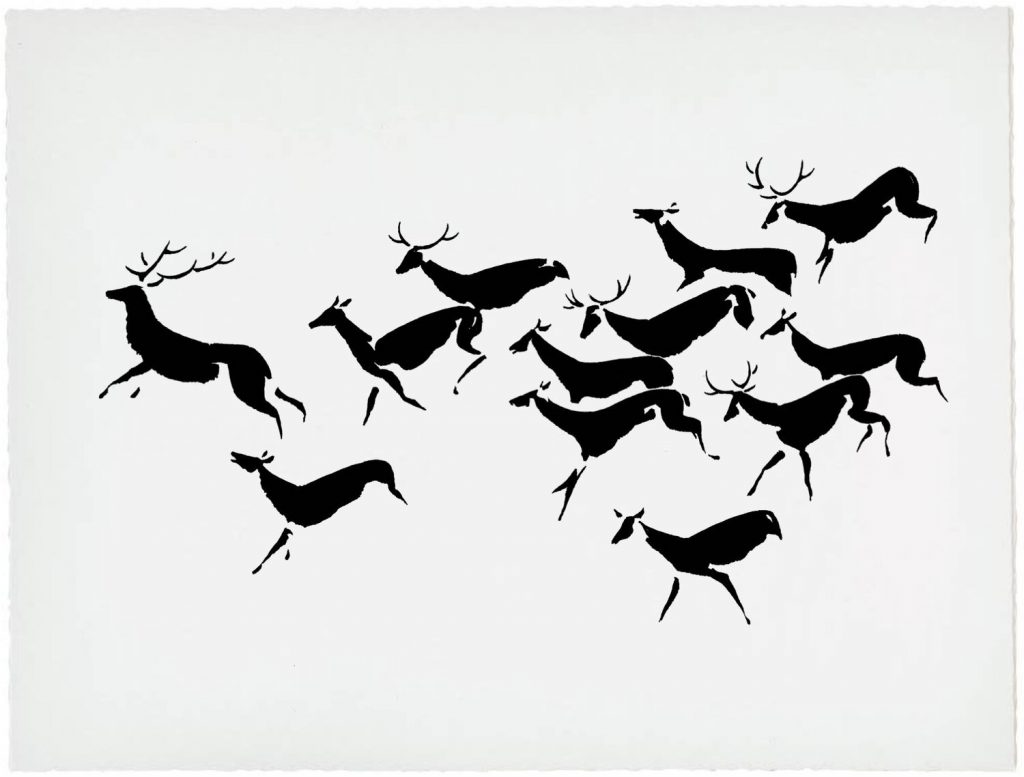 I am running now, running with the deer

The beauty and strangeness of the natural world is a constant presence in Grimoire. When drawing the deer, I had in mind the wonderful cave paintings of Lascaux and Altamira. I wanted that same sense of movement and I hoped to achieve a similar feeling of spiritual connection to the animal. 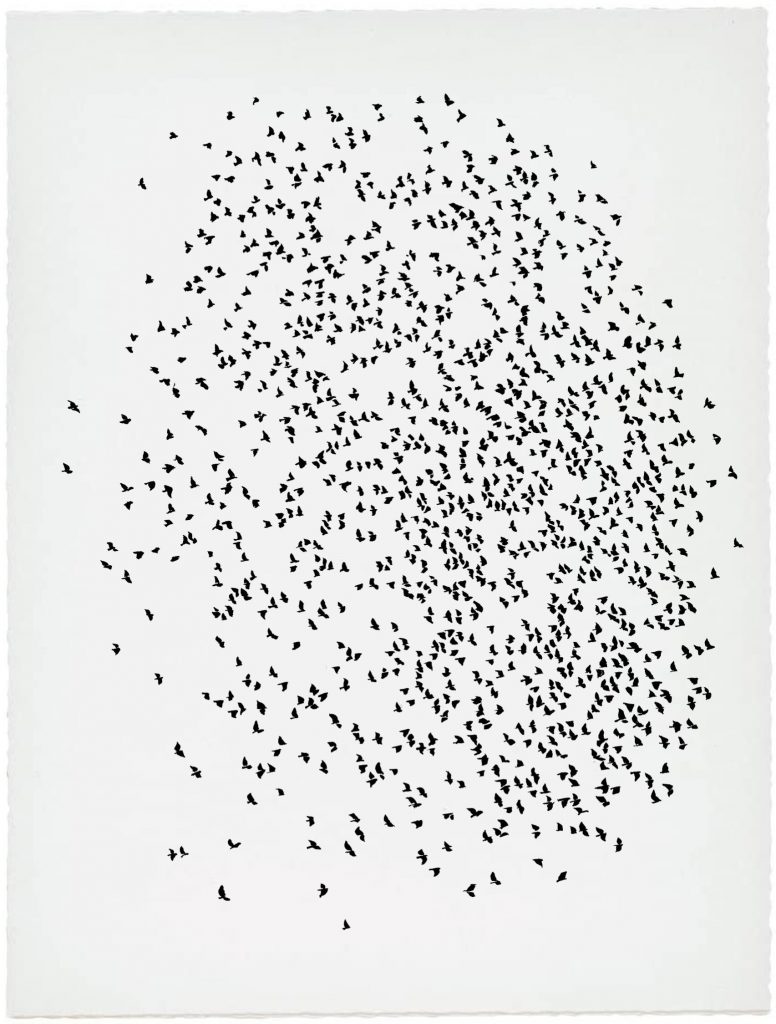 Grimoire is full of transormations and the final drawing in the book, a murmuration of starlings, echoes this theme. I’ve always loved the natural world, and birds in particular. At art college I spent months in the Museum of Scotland obsessively drawing their wonderful collection of stuffed corvids. And I’m fascinated by murmurations, so having drawn one for Grimoire, I realised that I wanted to properly explore this world of flight and flux. 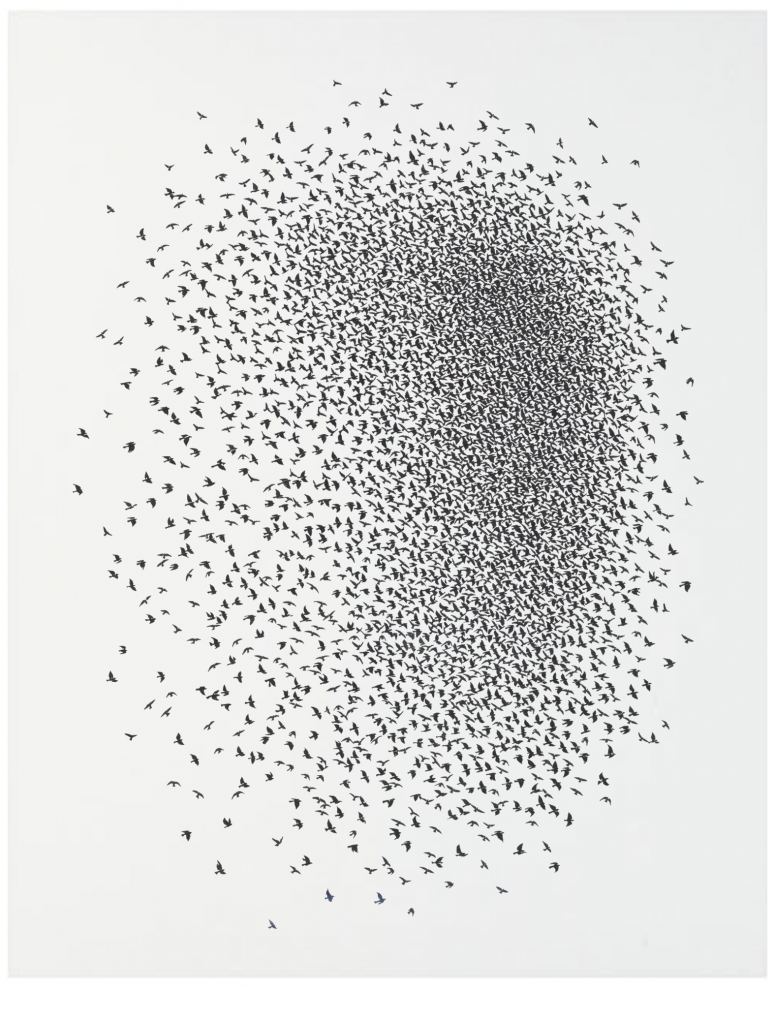 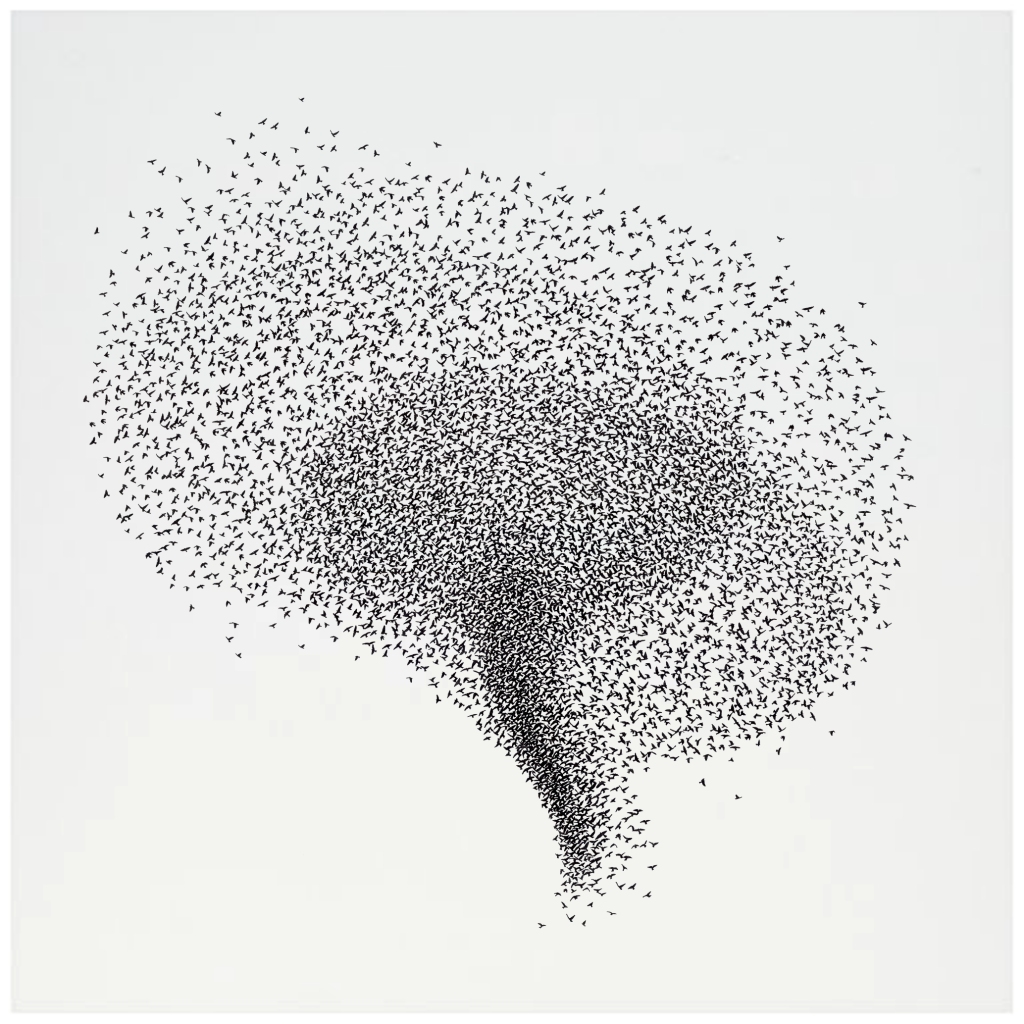 The result is the four ink drawings of murmurations in this exhibition. As with the approach for Grimoire, the intention is not to be too representational, but to express the movement of the birds and the restless fluidity of the shapes they make. 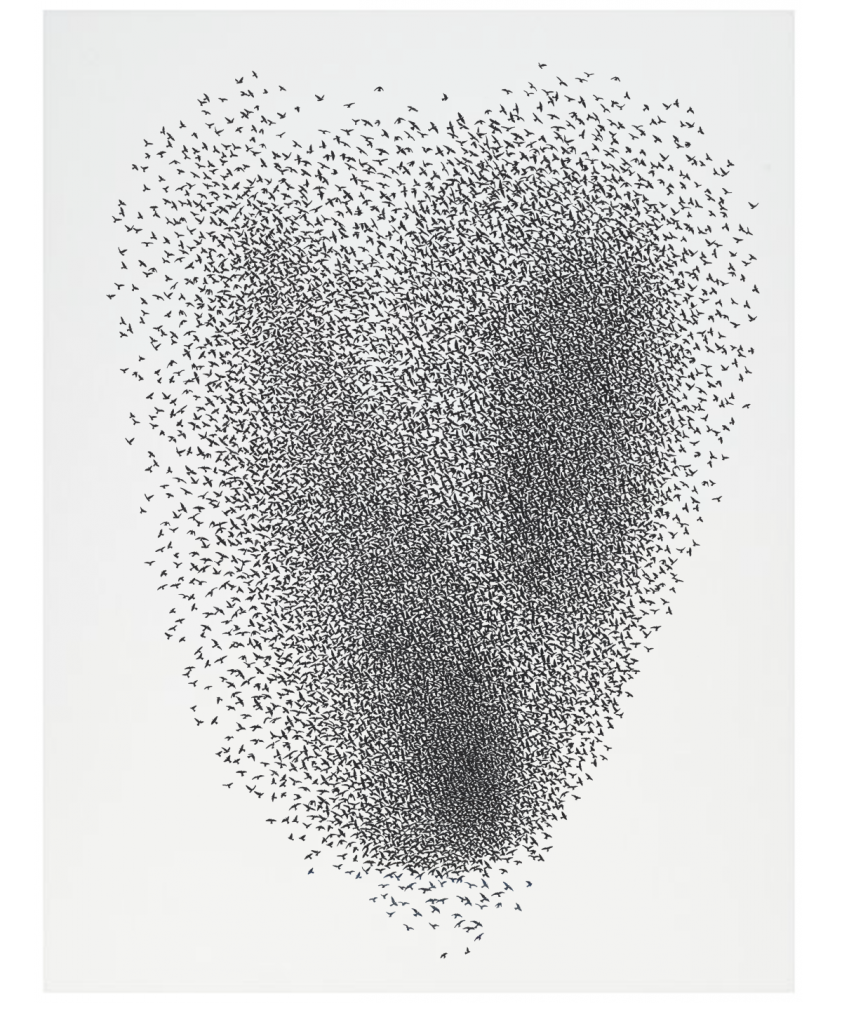 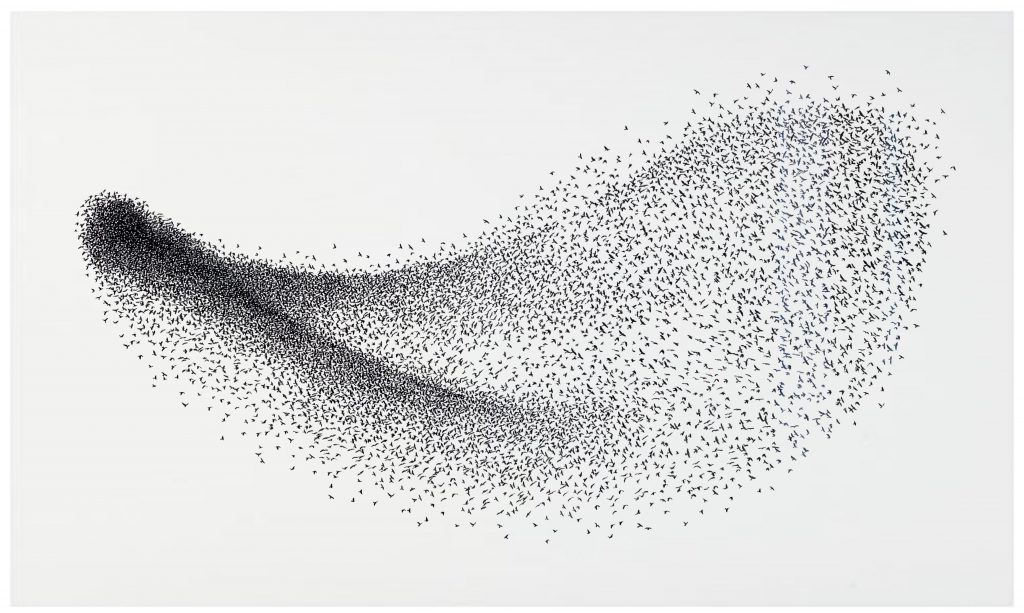 I find as I create them that my eye is constantly drawn (with a slightly dizzying shift of perspective), from each individual bird, out to the abstract patterns that they form, and then out again to the whole shape, which seems to change subtly every time I see it. I think it’s this that will continue to bring me back to murmurations in the years ahead.