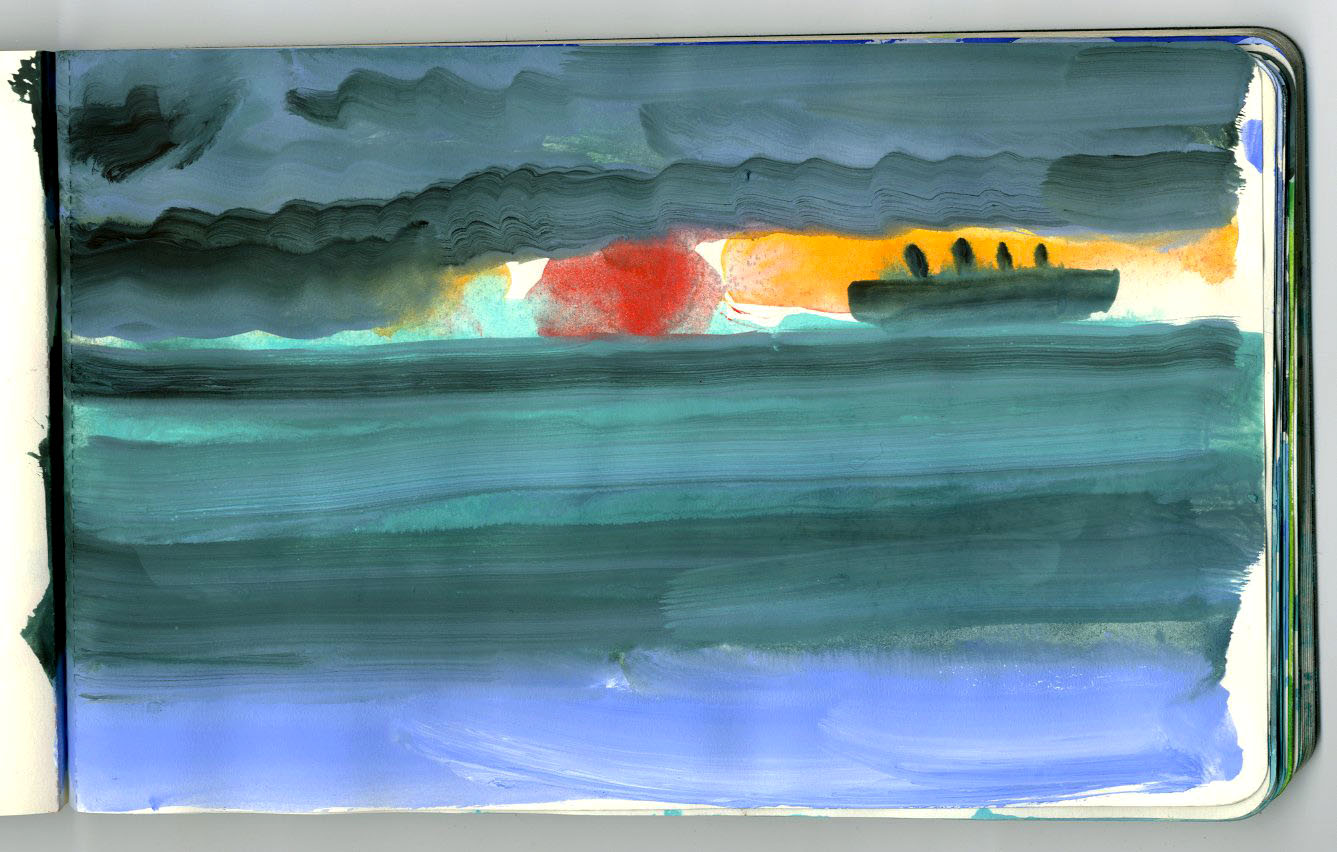 My sister rented a house in St Margaret’s Bay, Kent at the end of last week* and invited me too. I’d never been before and it was a wonderful surprise. It’s between Deal and Dover and great for walking along the cliffs, and there’s a nice pebbly beach too in the bay.

It’s the closest point to France in the UK and it’s where cross channel swimmers take the plunge.

Ferries To Dover & To Calais

There’s lots of chalk in the sea floor and it makes the colour of the sea very turquoise.
The light changes all the time too. 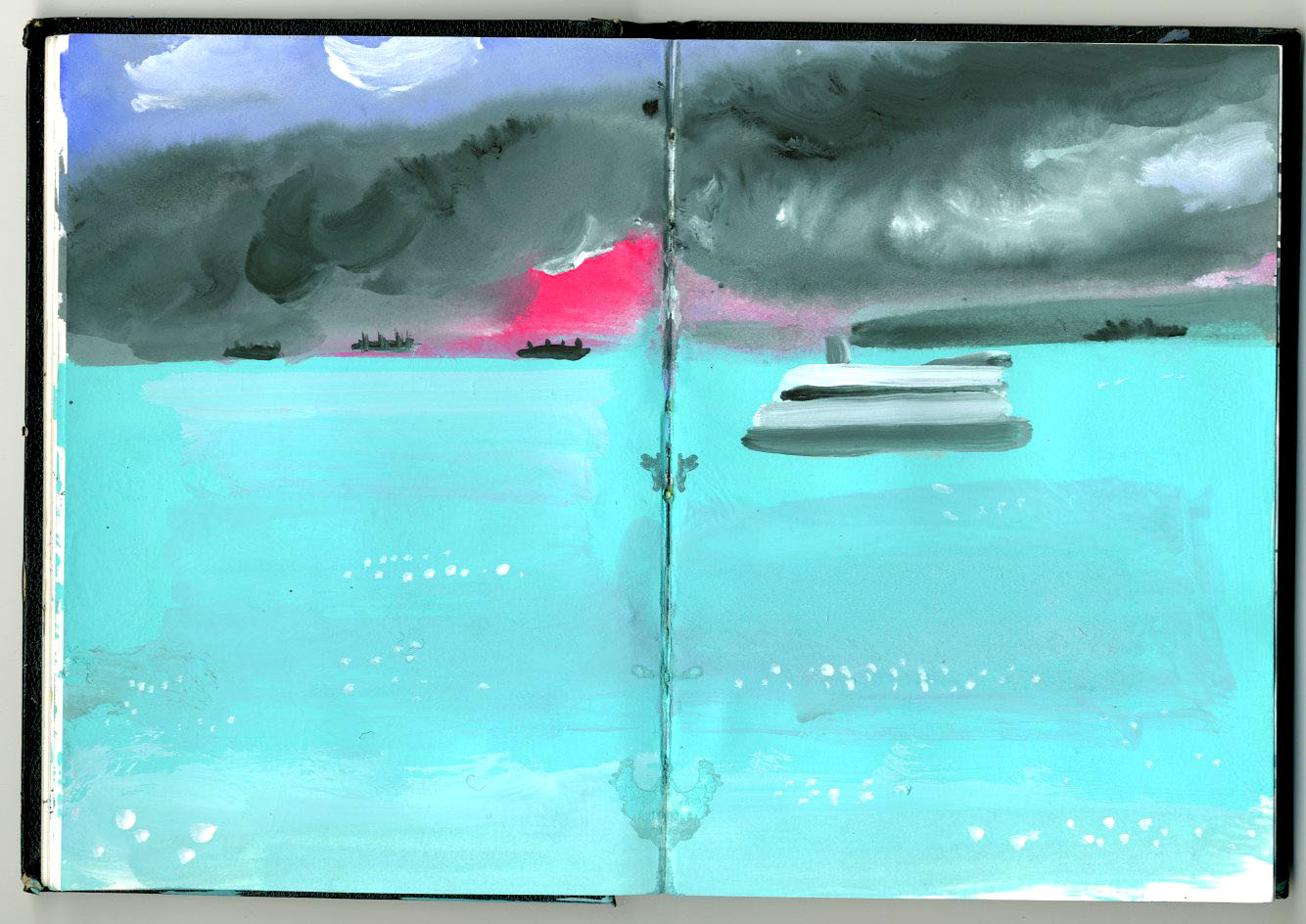 Noel Coward had a house on the beach and Ian Fleming was his neighbour.

I did lots of paintings of the sea in my sketchbooks and here is a selection. 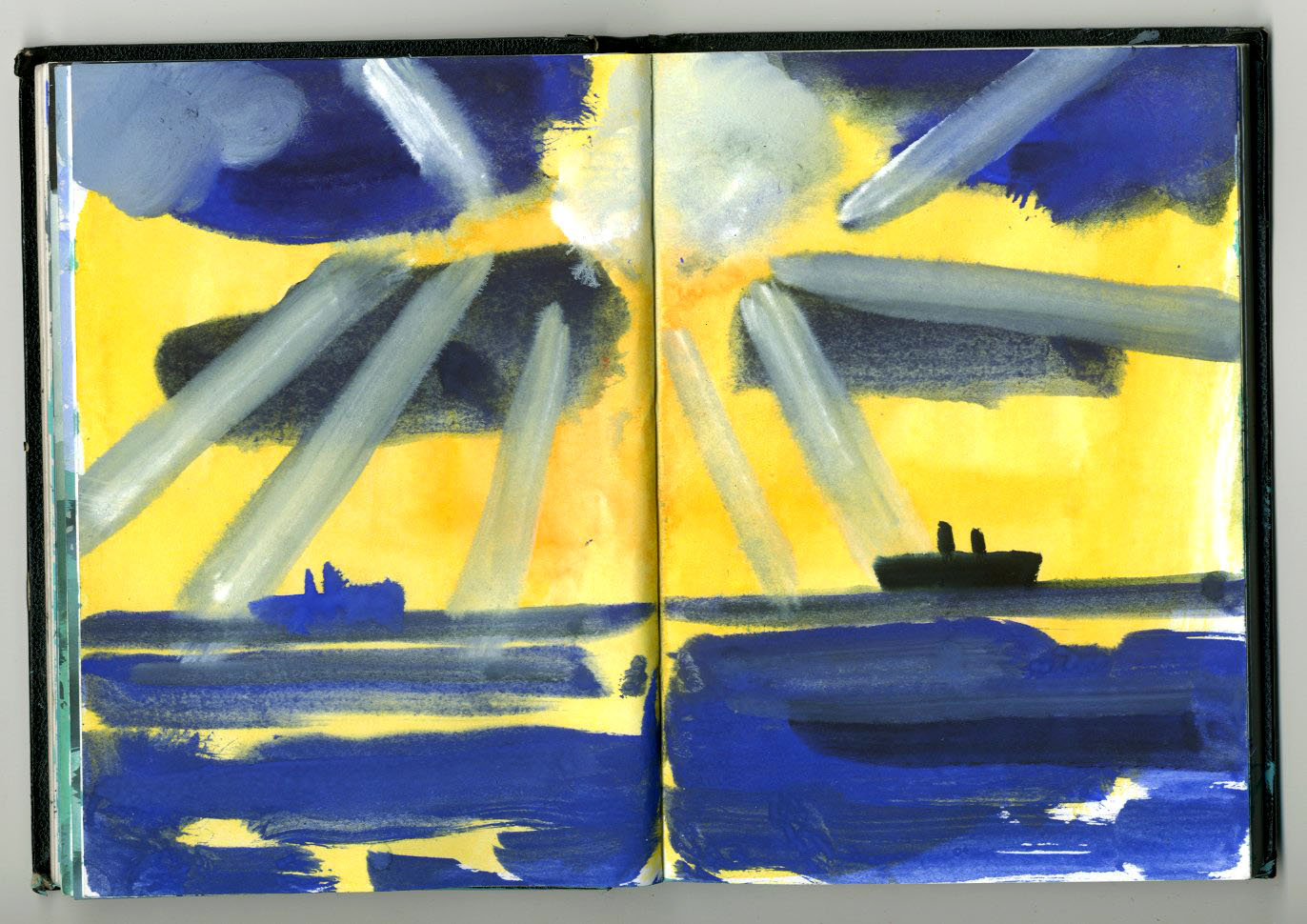 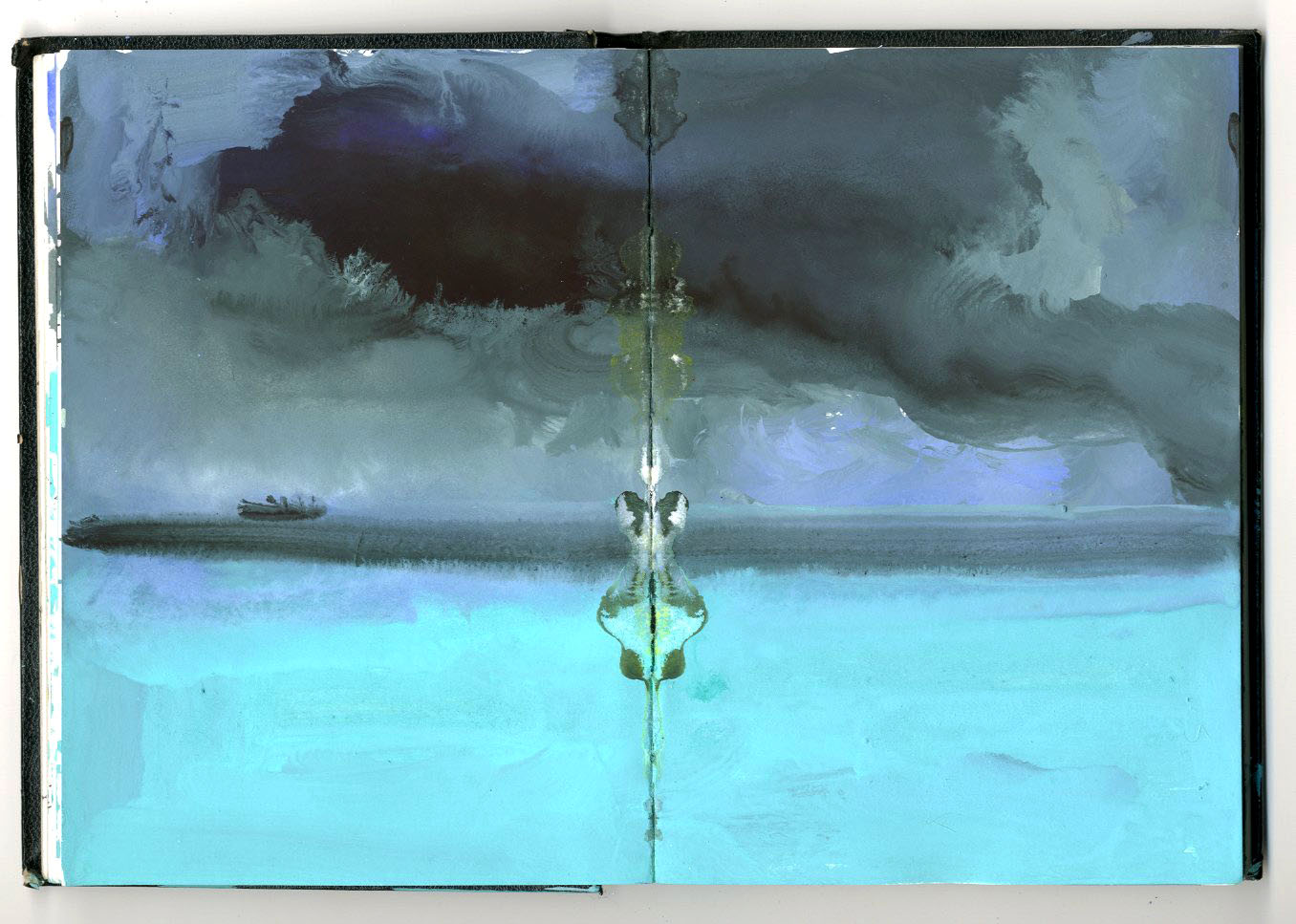 On Friday we saw the Russian fleet passing by en route, rather tragically, to Syria.
I could see the plume of black smoke from their ancient aircraft carrier for miles before it came close.
I’m hoping it will sink before it arrives. 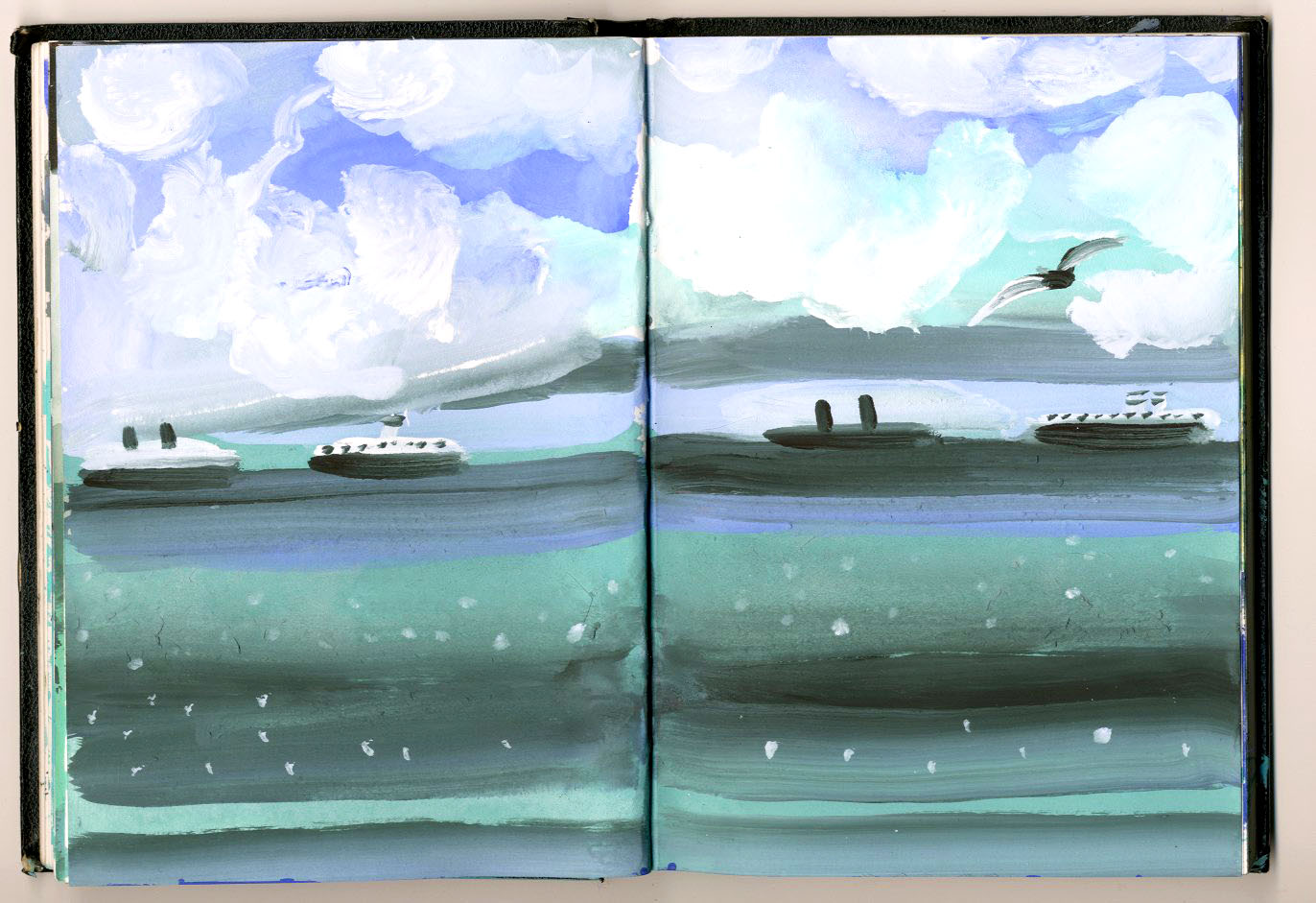 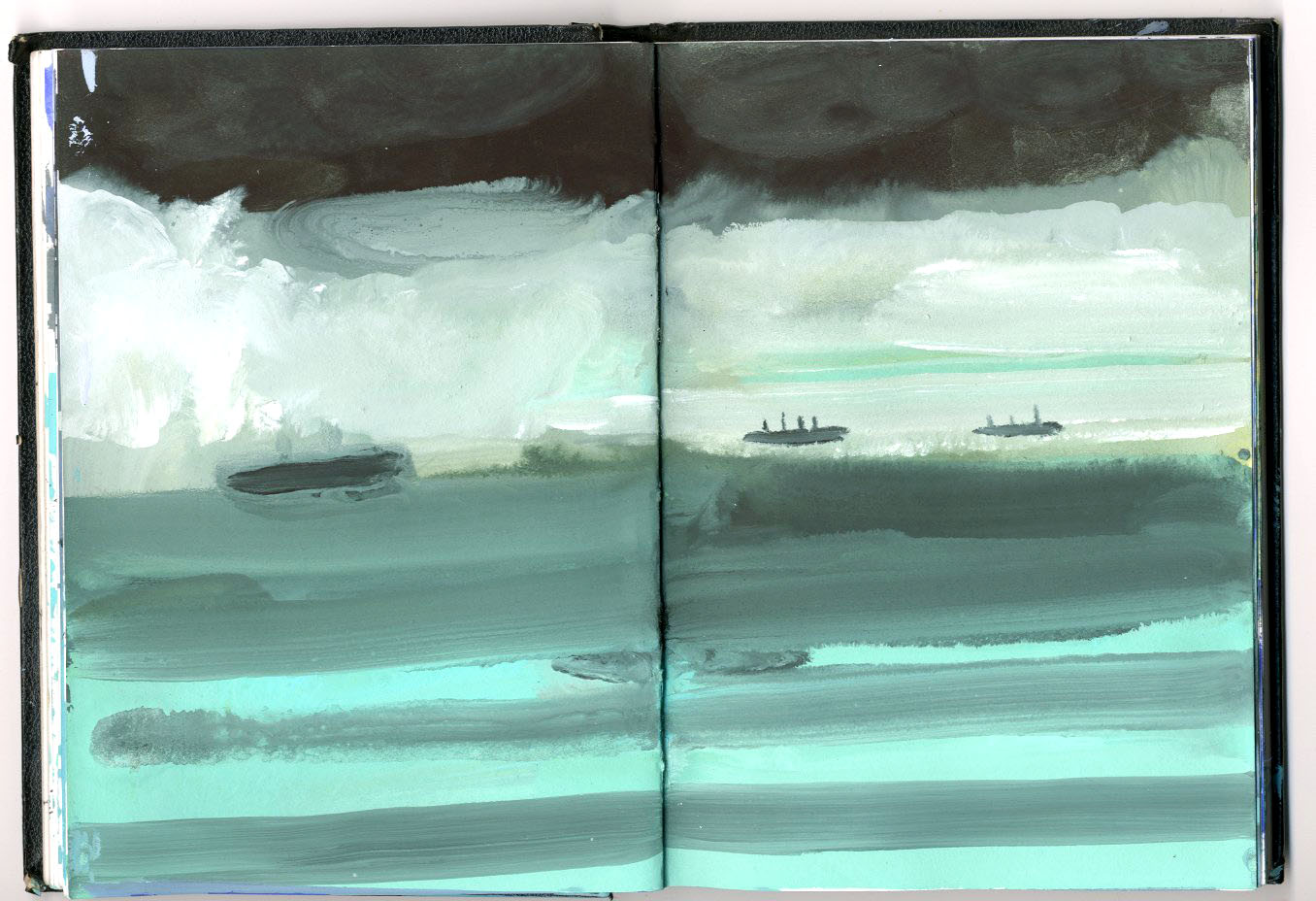 Ships On A Striped Sea

*This post arrived in mid-October. Apologies for the delay. This is not a news channel.

One thought on “English Channel Paintings”