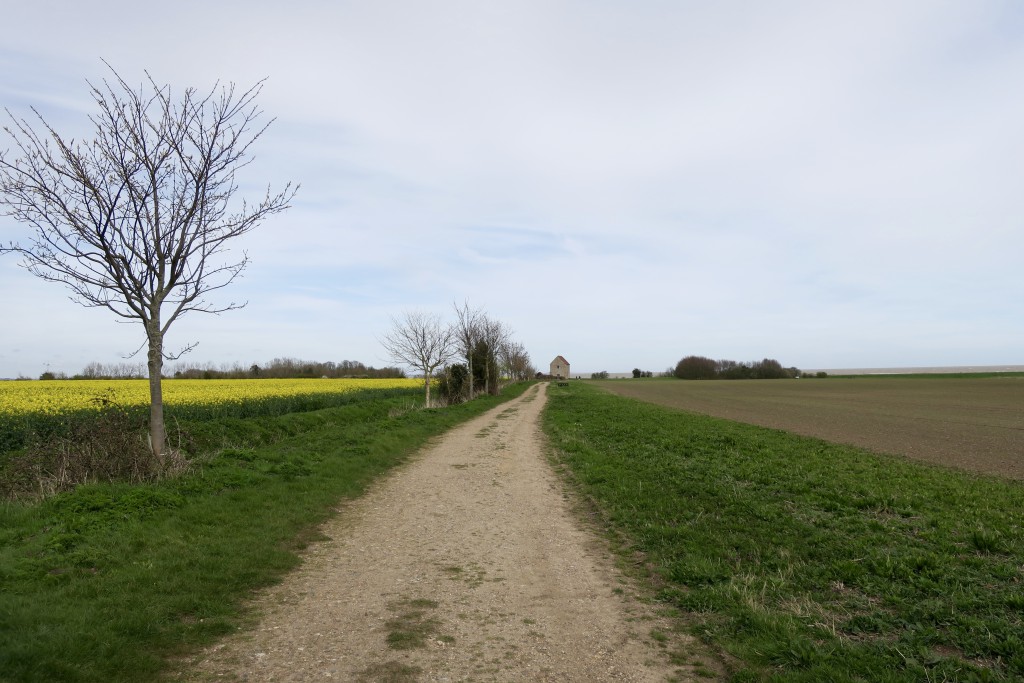 As a birthday treat Sue took me for a walk on the Dengie Peninsula on the far eastern shore of Essex. She had her eyes on the horizon. We arrived via Burnham-on-Crouch, a pretty Georgian estuary town but with the saddest fish & chips and a clown to scare the children. His car was parked next to ours. We made our escape towards Southminster, but we got ensnared by the Burnham Loop where we revolved time and again around the endless fenlands (afeared lest we contract Dengie Fever from the mosquito-infested swamps) until finally we saw the error of our ways (a misplaced signpost) and we were at last expelled to Tillingham and ultimately onwards to Bradwell-on-Sea. 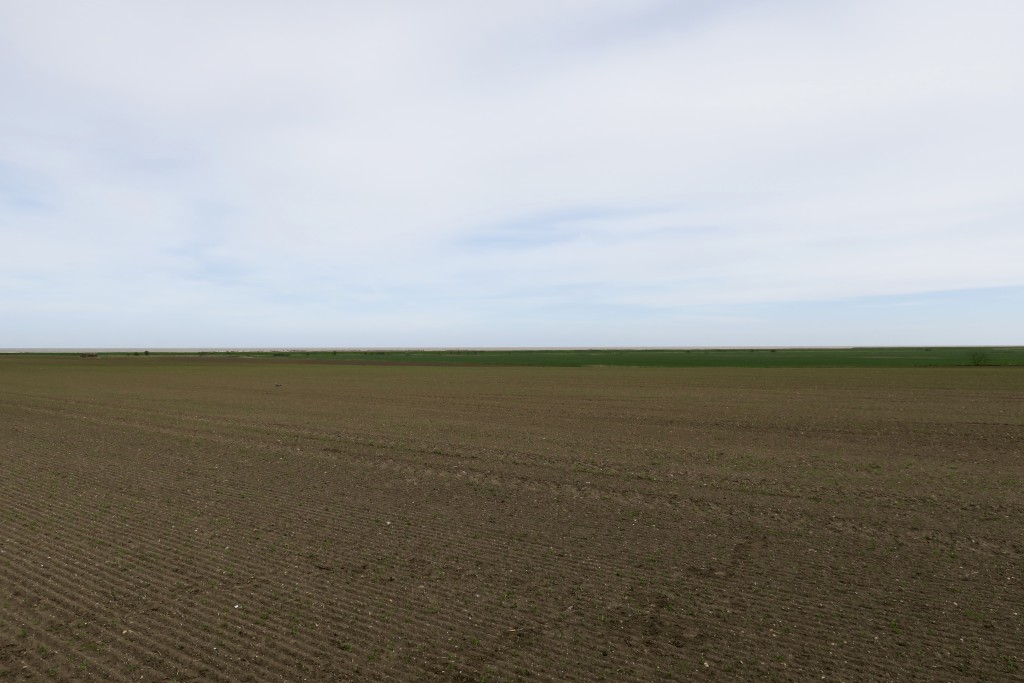 Between heaven and earth 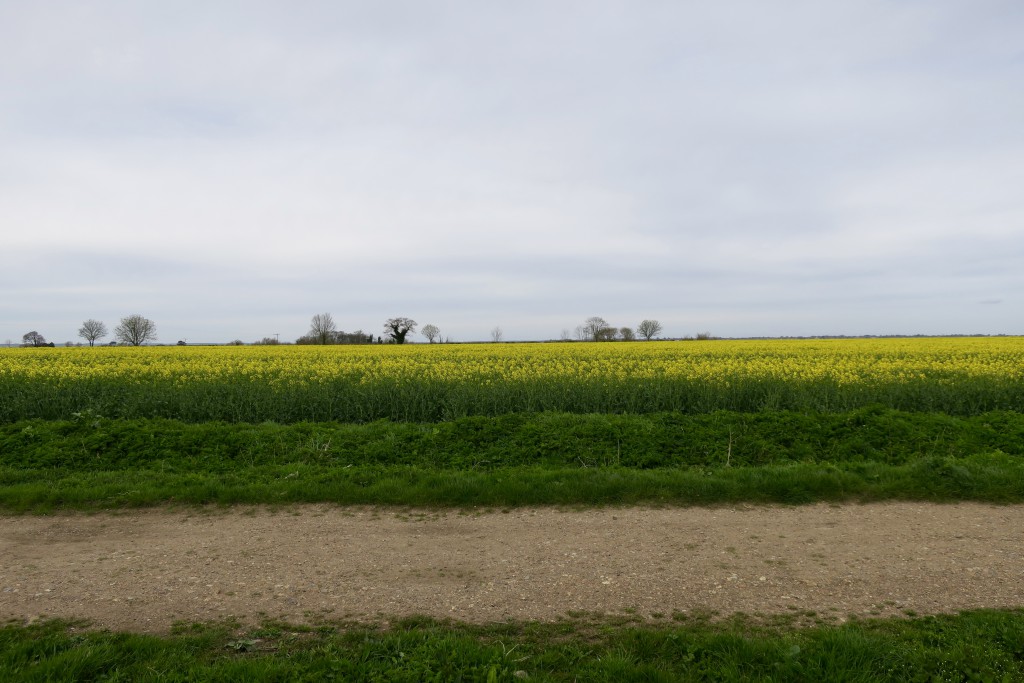 Her eyes on Horizon 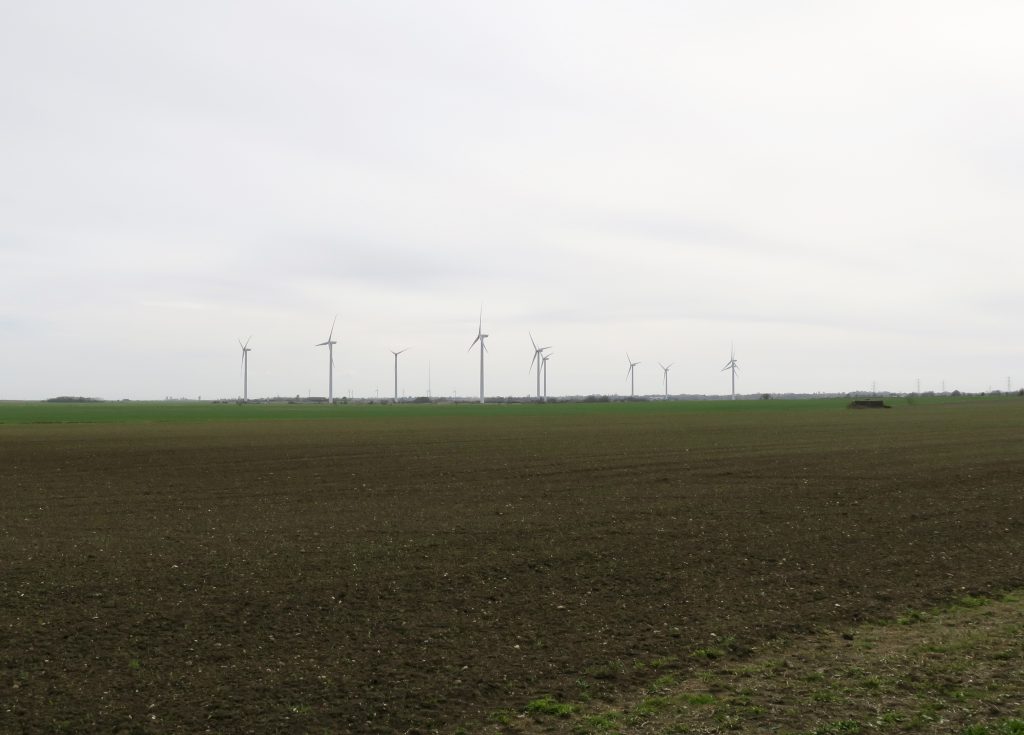 A prayer on the threshold of earth and air 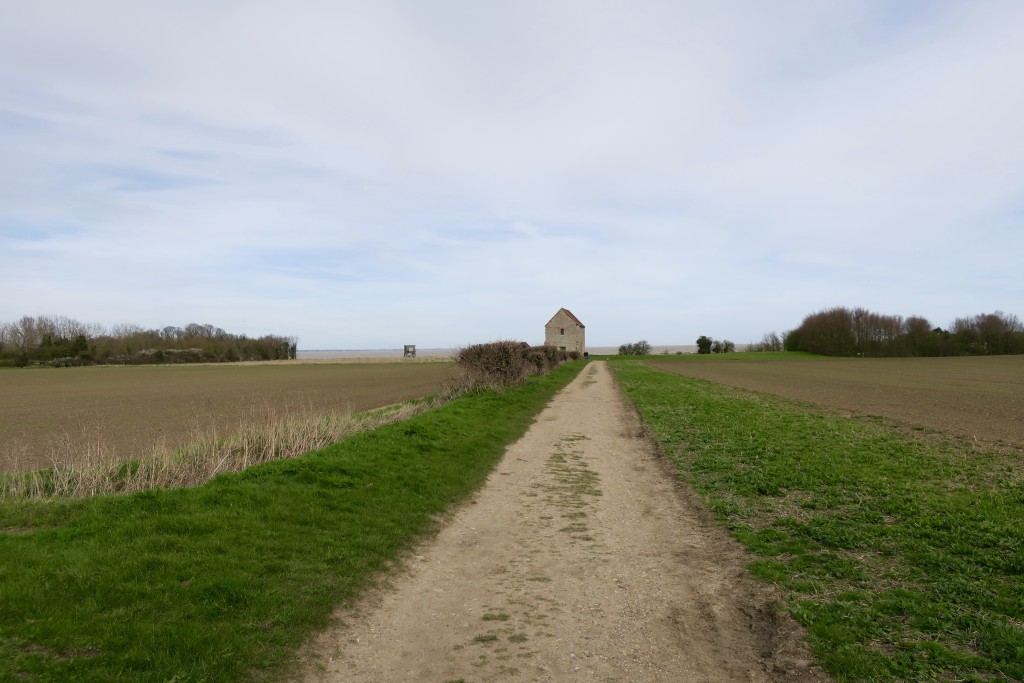 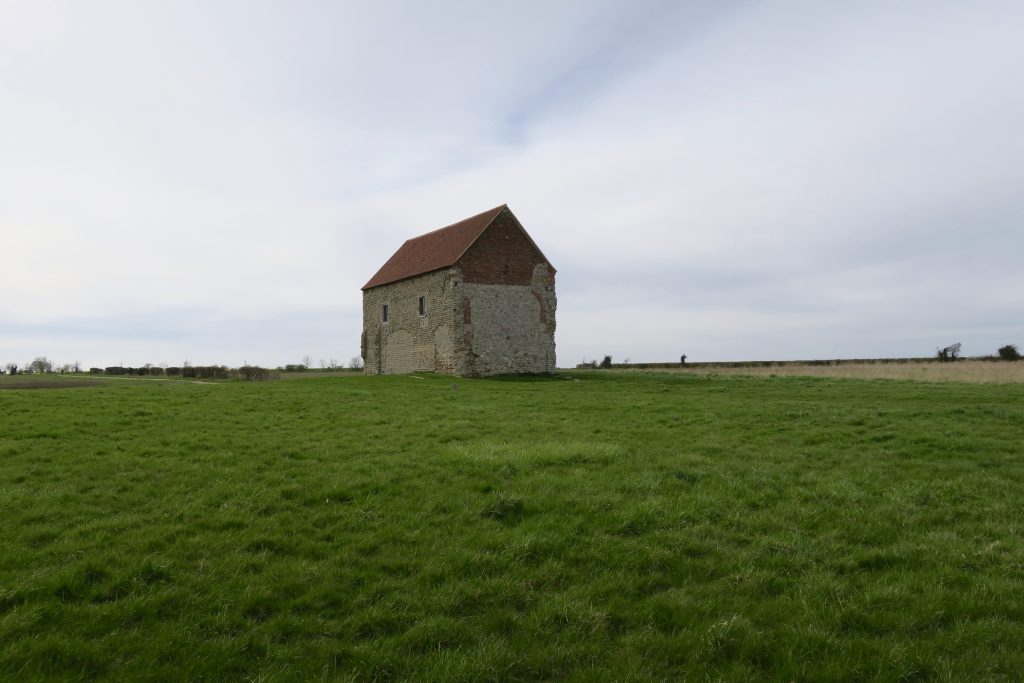 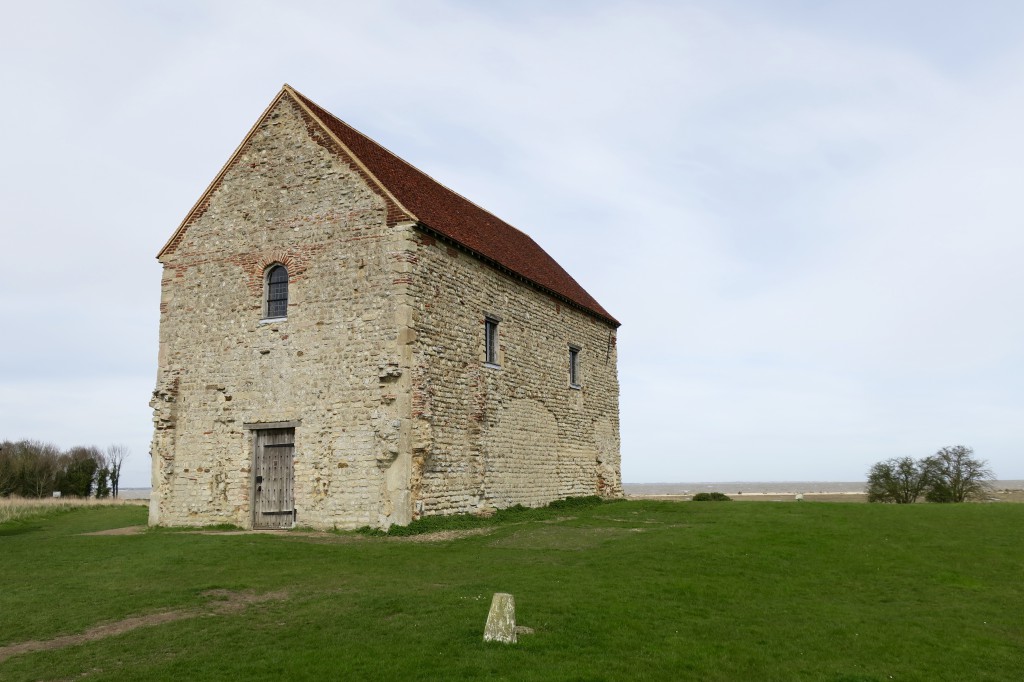 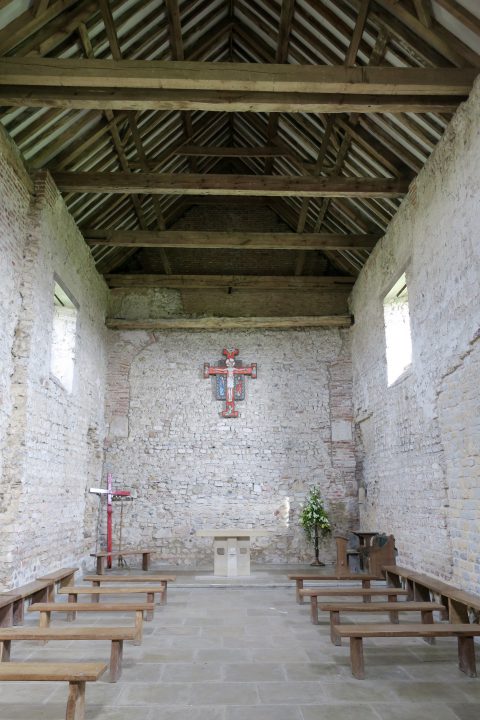 Bradwell is a quiet, secluded village, on the southern bank of the estuary of the Blackwater, where it joins the sea. Most villages are remarkable for the two kinds of building: parish church, and manor house or castle. Bradwell not only has both church and houses of interest, but also this ancient Saxon chapel of St Peter-on-the-Wall, built by St Cedd on the western wall of the former Roman military station of Othona.

This isolated chapel of St Peter-on-the-Wall, has stood as a place of Christian worship for over one thousand three hundred years.

The chapel of St Peter-on-the-Wall, simple as it at first appears, is of great interest, partly from its age – it is perhaps the oldest church in England of which so much remains – and partly as the sole monument of the short-lived Anglo-Celtic Church of the East Saxons. 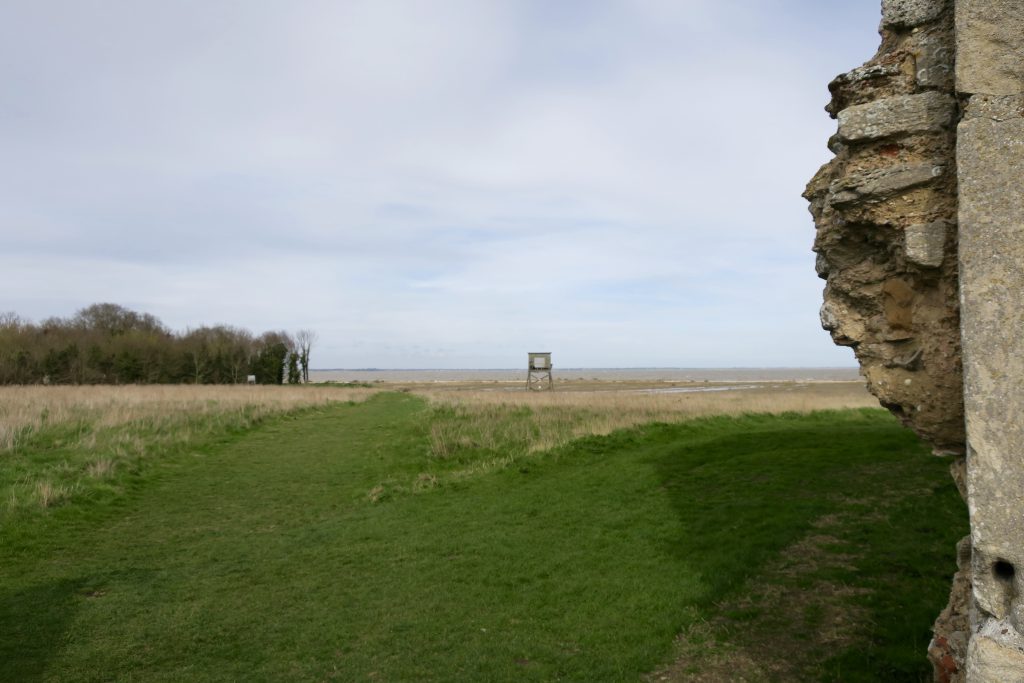 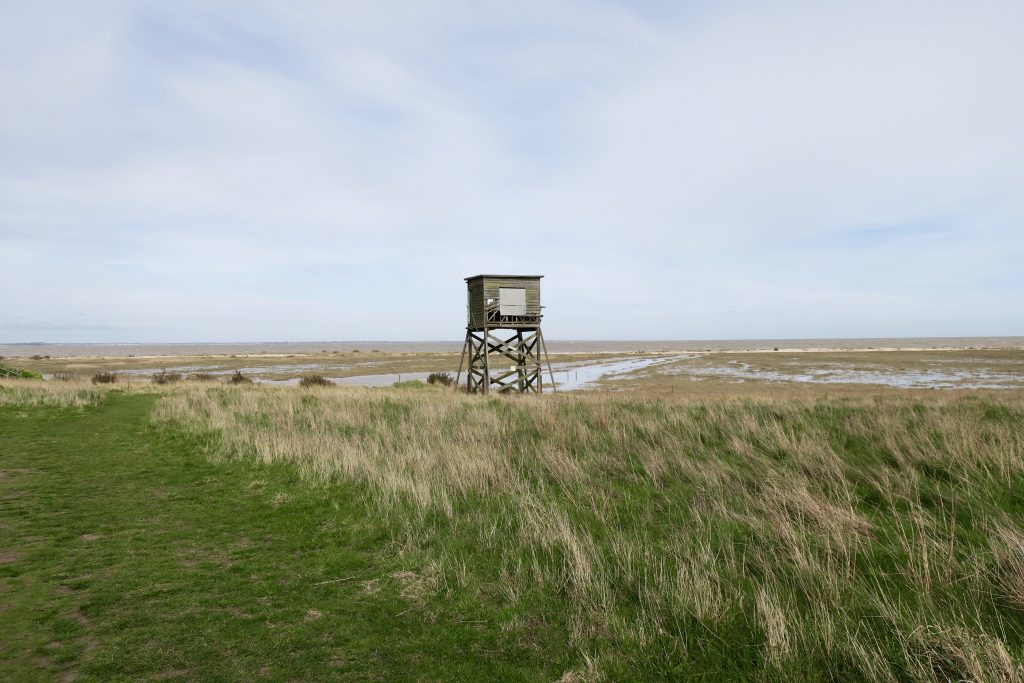 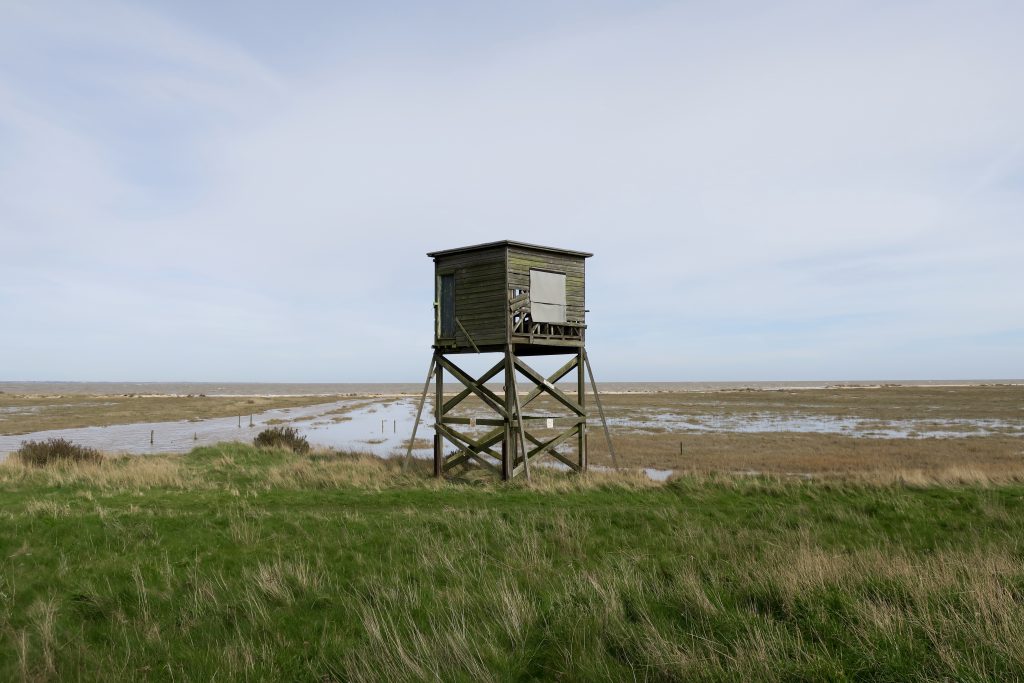 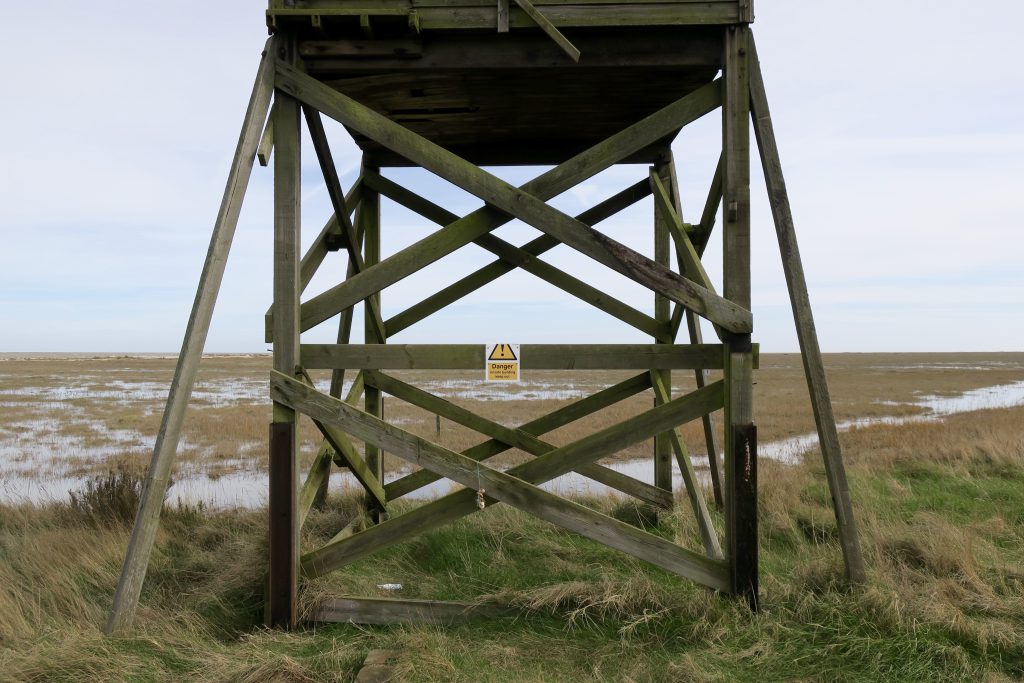 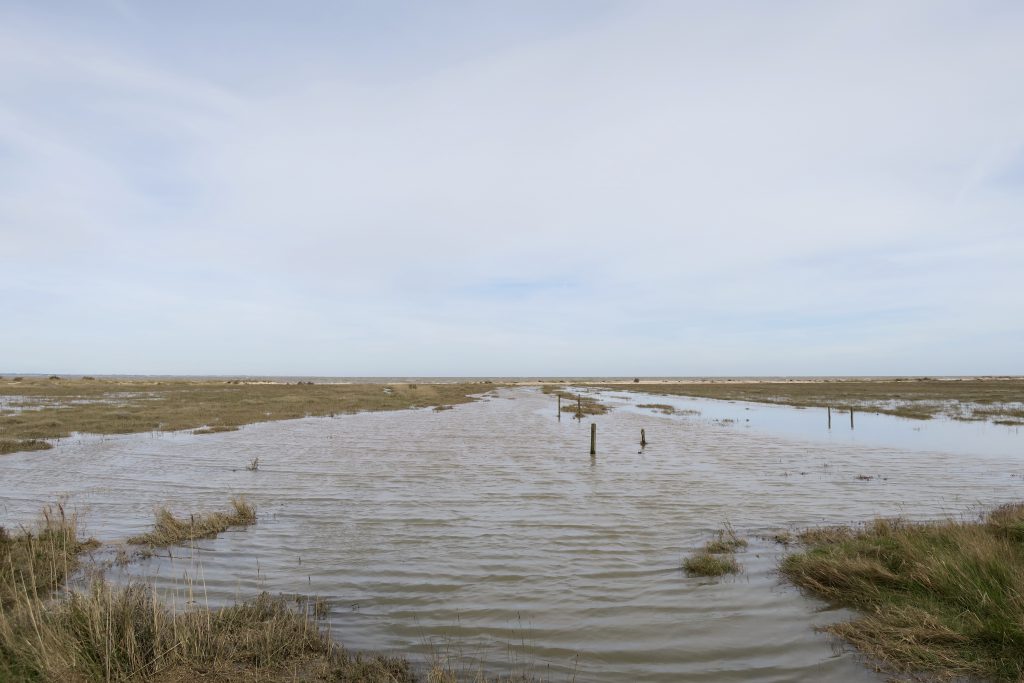 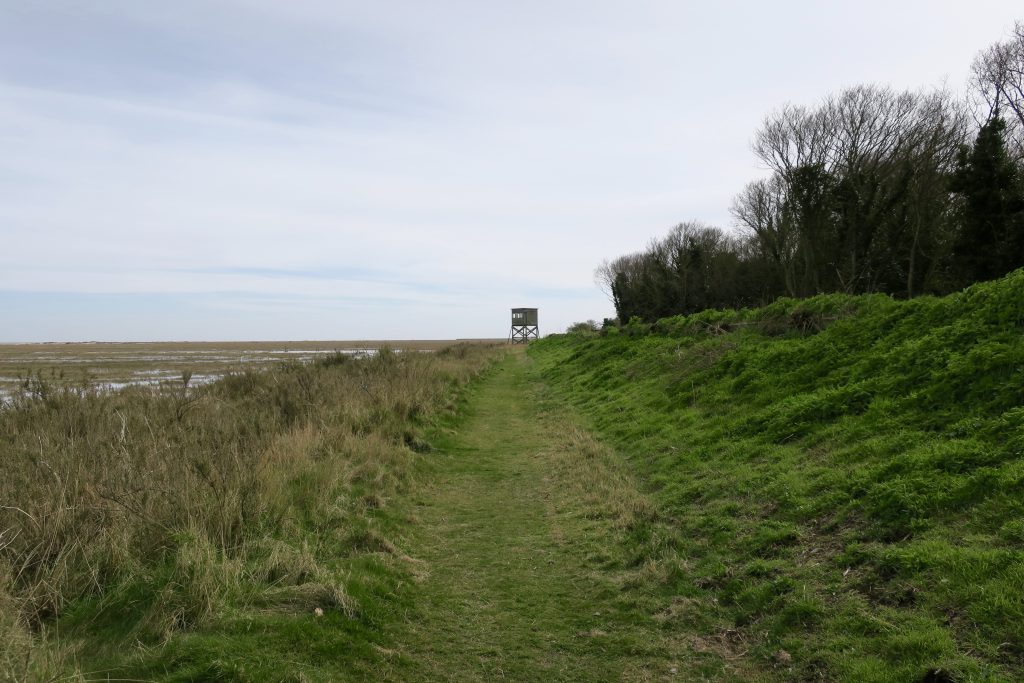 Walking, ideally, is a state in which the mind, the body, and the world are aligned…

We should’ve gone on around the headland – Bracing Bradwell-on-Sea – but we made it only as far as Sales Point (there wasn’t a shop). This surprisingly remote sanctuary had been more difficult to find than we’d expected and we were running out of time. 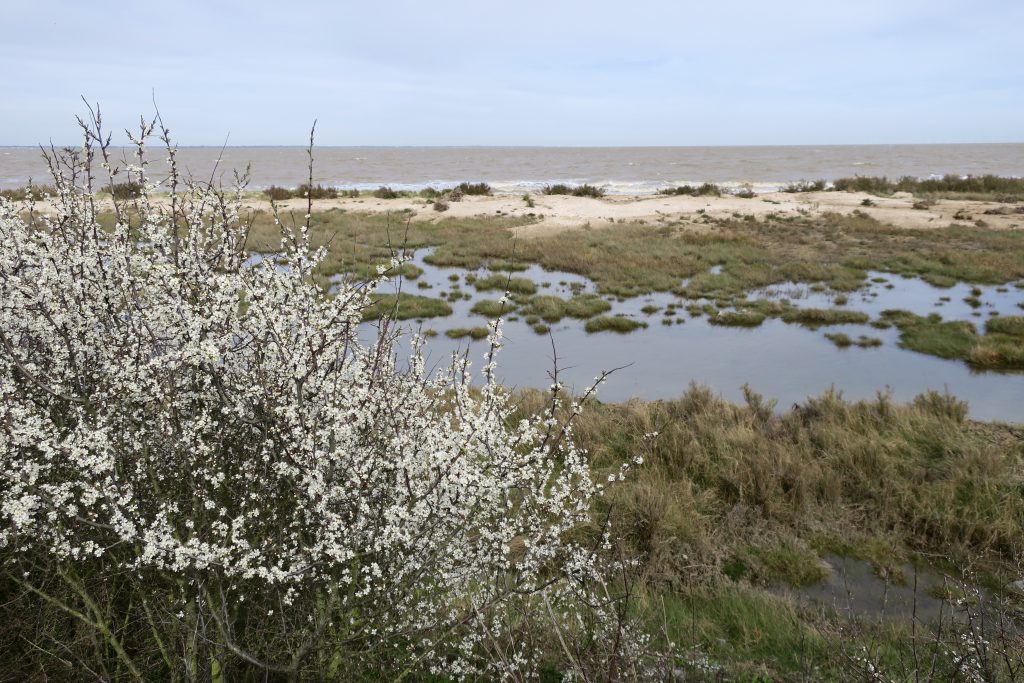 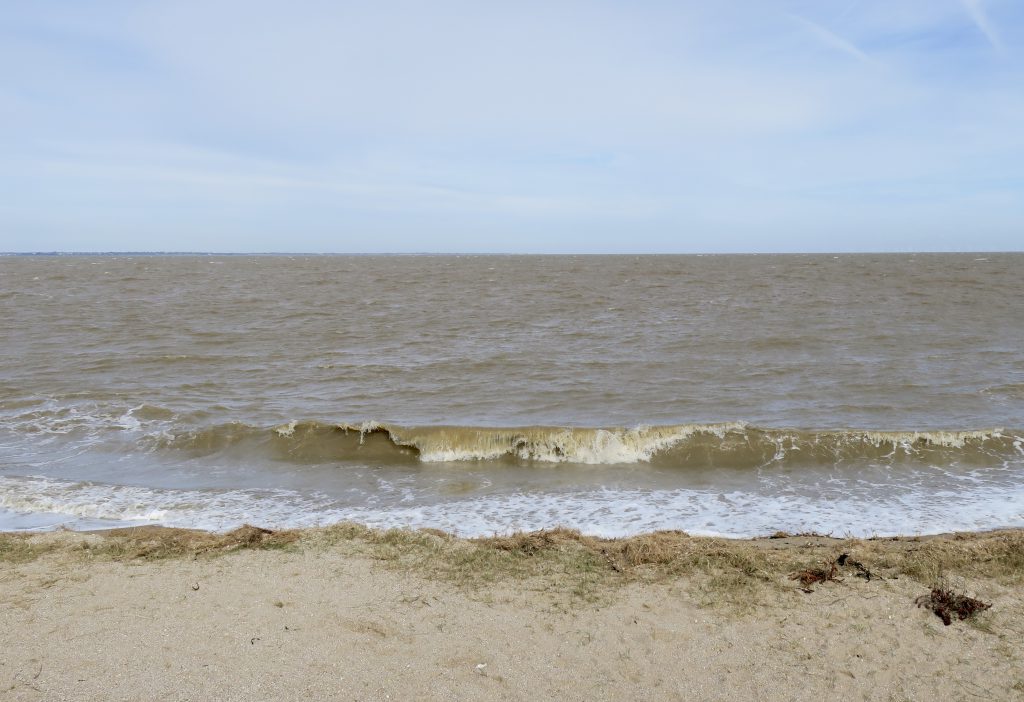 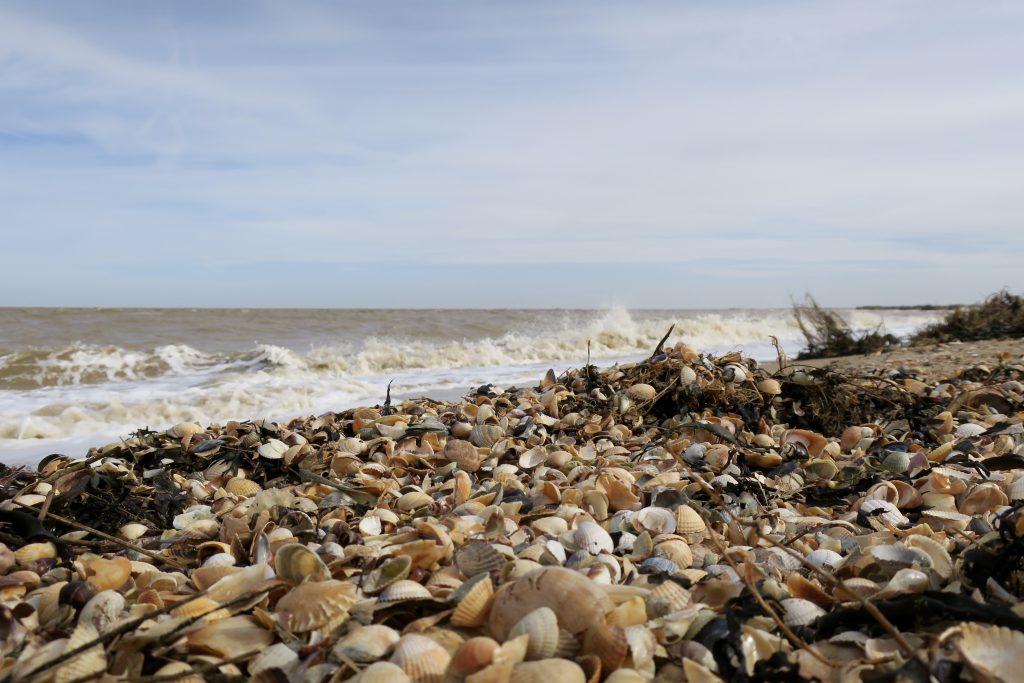 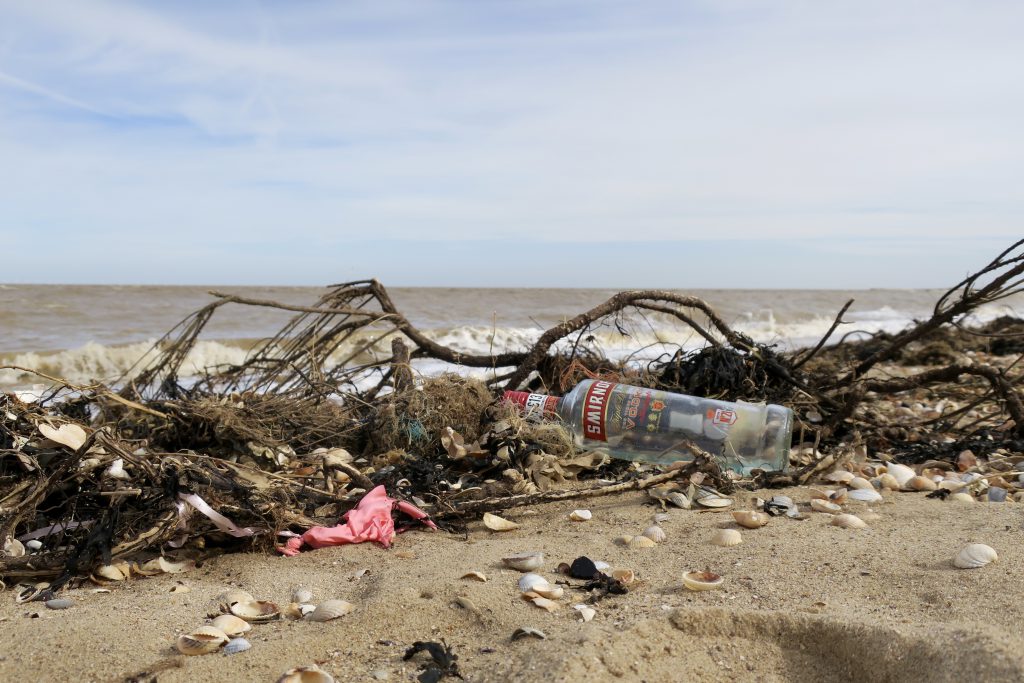 A lost zone on the edge of Essex, a place of washed-up flotsam, drifters, outsiders and pilgrims. There’s a new age Christian settlement, The Othona Community, nestled in the trees alongside WW2 Nissen huts, and further south, a lone commando in camouflage fatigues leaves his bivouac to go on manoeuvres around the woods. Rapeseed floods the fields, turbines harvest the wind, land merges with sea and sea merges with sky. Our eyes are aligned in a panoramic prayer to the horizon. 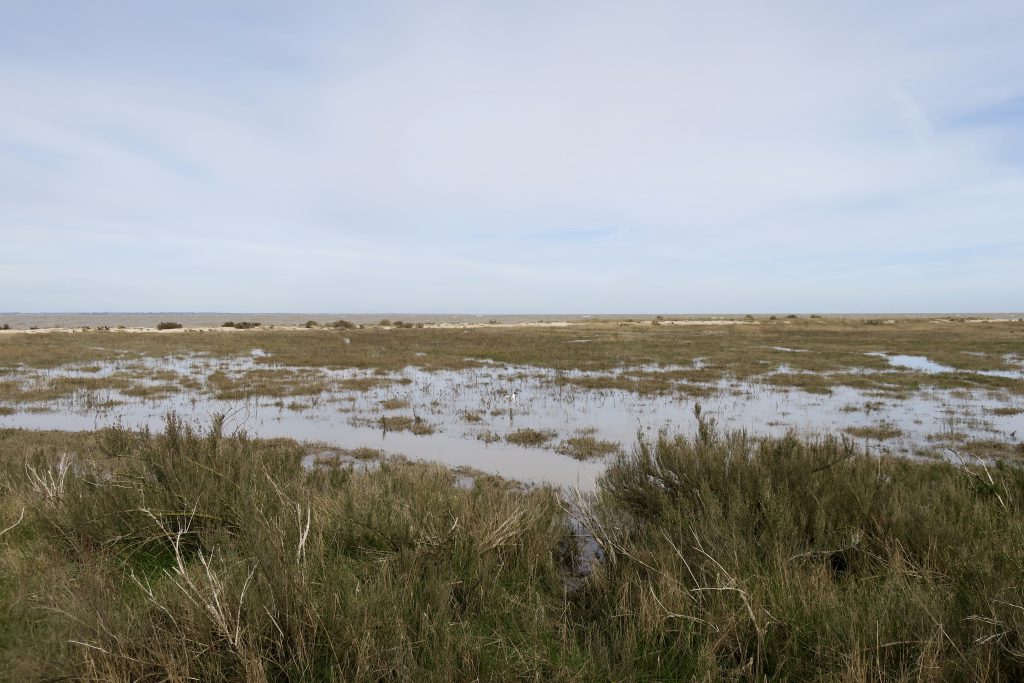 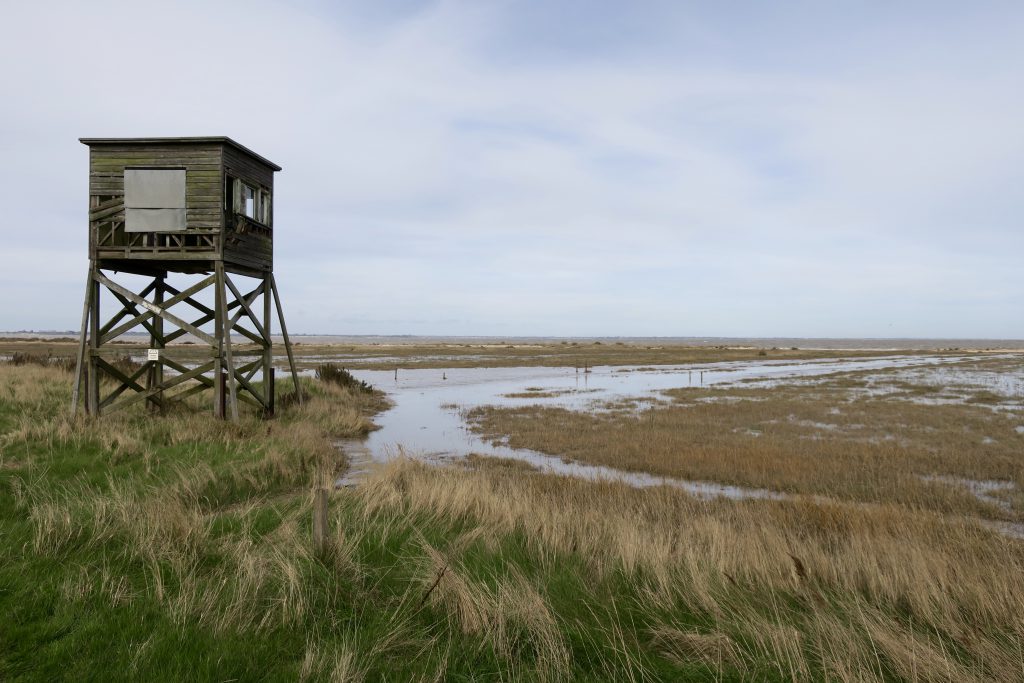 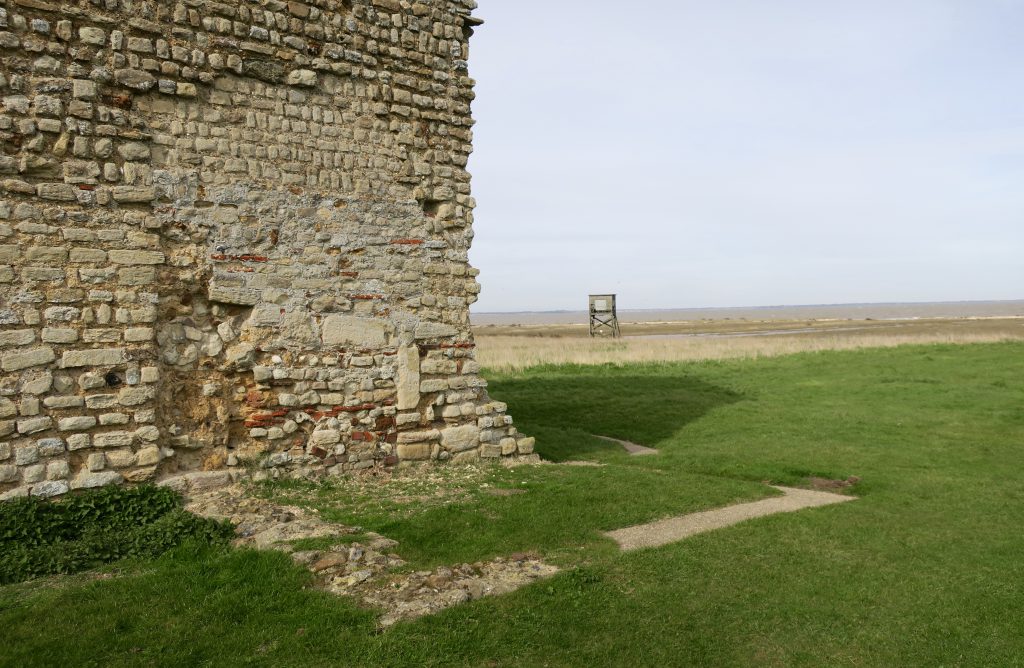 Then I remember the paintings and wood engravings of Jonathan Gibbs.
This Blackwater landscape of salt marsh and watchtower is just his sort of place. 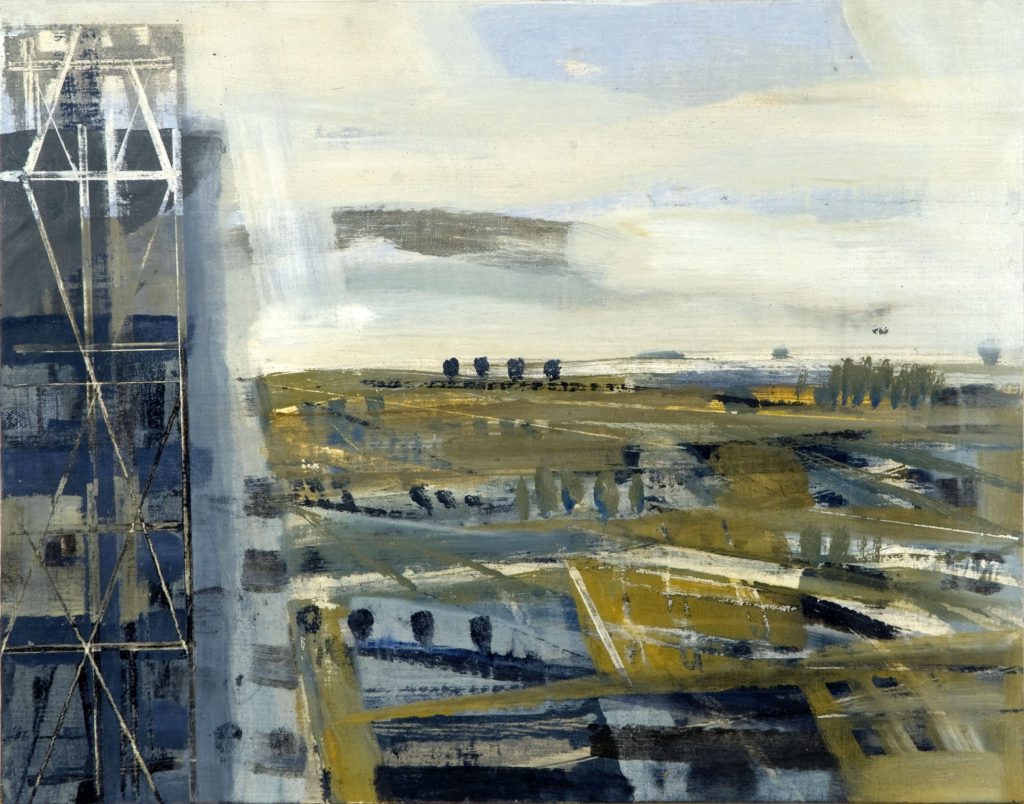 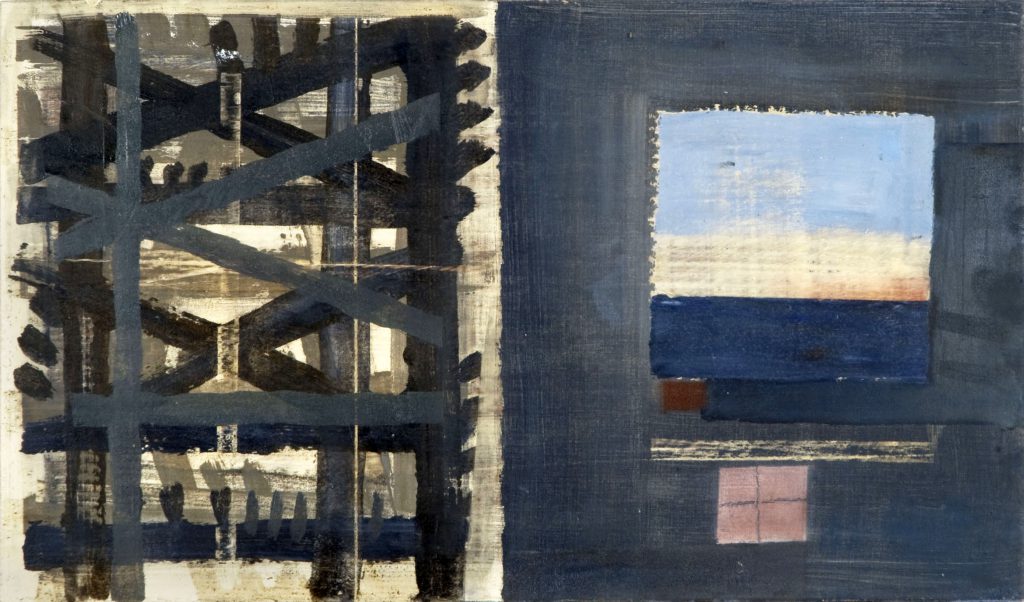 The Sea & The Sky 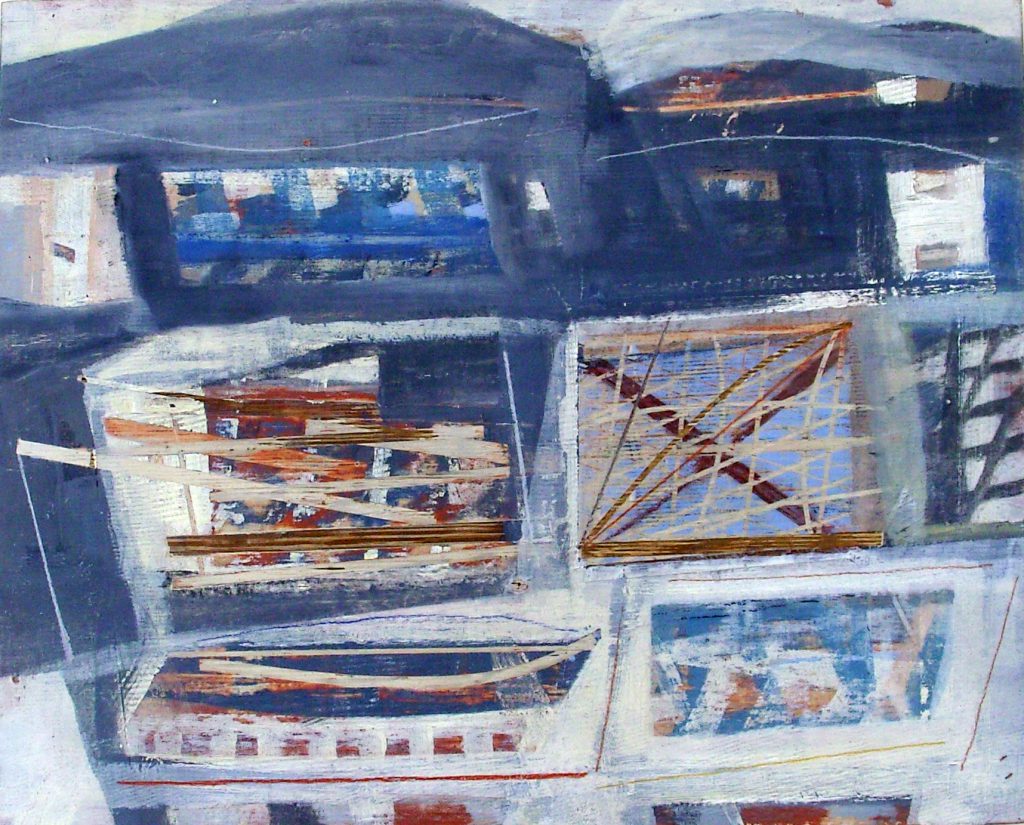 The River & The Sea 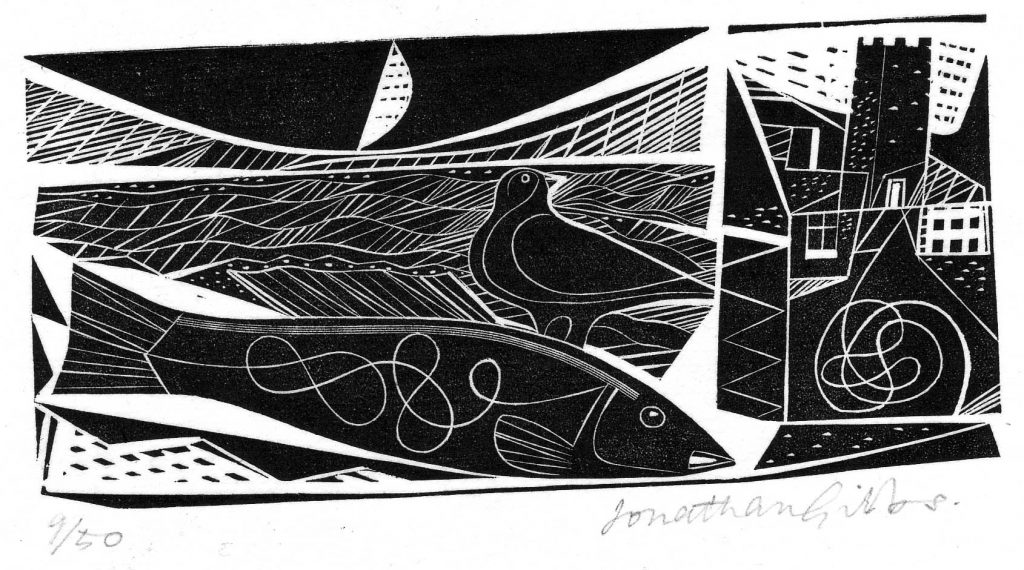 10 thoughts on “To The Horizon”