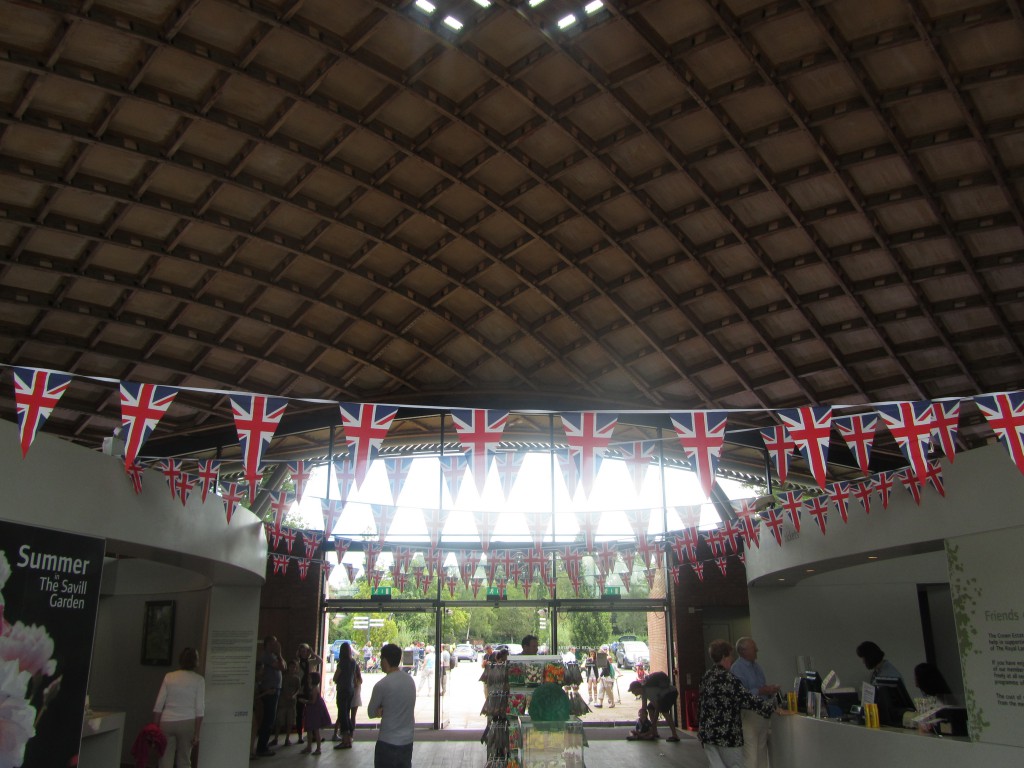 Last time we came to Windsor Great Park we tried to visit The Savill Garden but left it too late and by the time we got here it was closed, so we promised to return before too long. This time we got here in time for lunch at the Savill Building and just inside the the front door, opposite the ticket desk and beside a Diamond Jubilee display by a local primary school I made a surprising discovery. 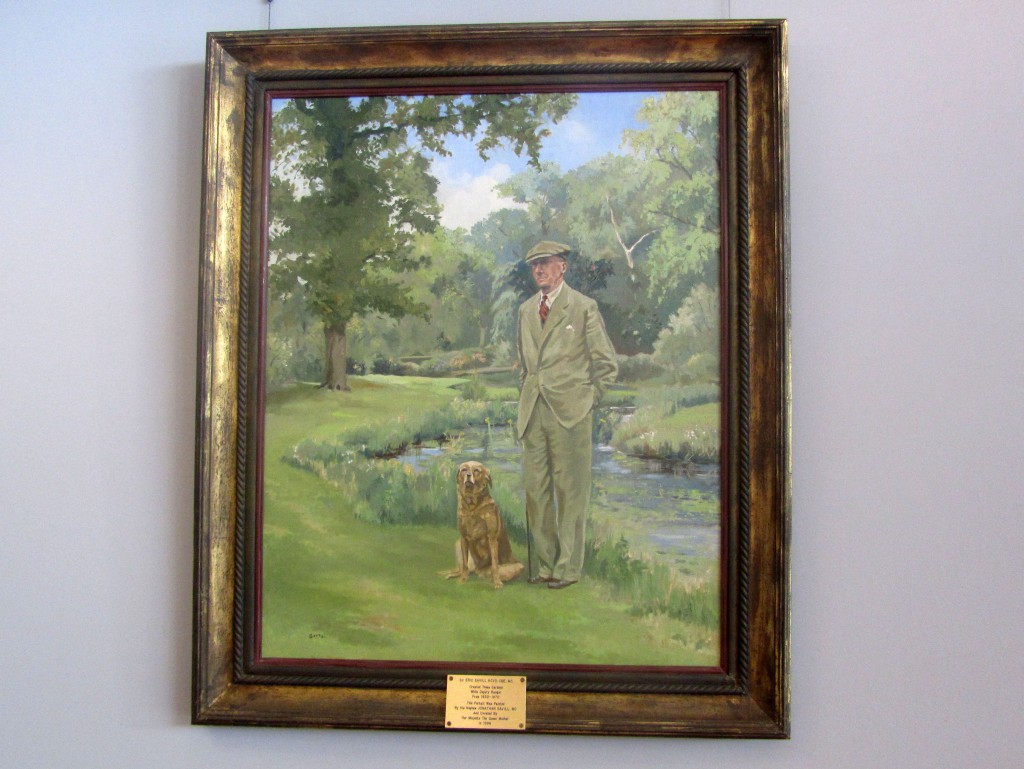 This framed oil painting, tucked away around the corner, bears an engraved brass plaque which reads:

Sir ERIC SAVILL KCVO. CBE. MC.
Created These Gardens
While Deputy Ranger
from 1932-1970
This Portrait Was Painted
By His Nephew JONATHAN SAVILL MC.
And Unveiled By
Her Majesty The Queen Mother
In 1996

I last visited the Savill Garden 21 years ago. We came on a works outing from The Rowley Gallery, which was run in those days by Jonathan Savill, and he arranged for us to see his uncle’s garden. He retired in 1995, the year before he made this painting, and I’m guessing he framed it too. 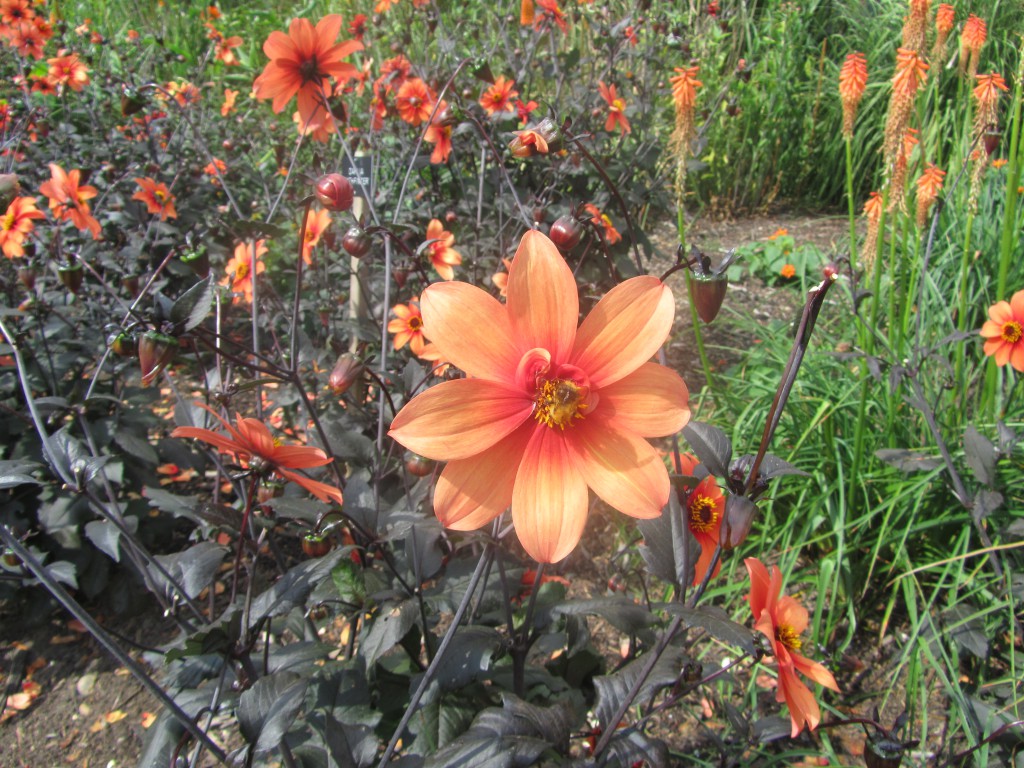 I came back for old times’ sake but that old garden had disappeared. Originally we came earlier in the year when the rhododendrons and azaleas were in flower and the garden was full of colour, and less crowded with visitors. We came midweek, Kai, Cathy, Lottie & Maura, Clothilde, Tom and Olivia and we felt privileged to be given what felt like a private tour by Jonathan Savill and Jenny Jowett. 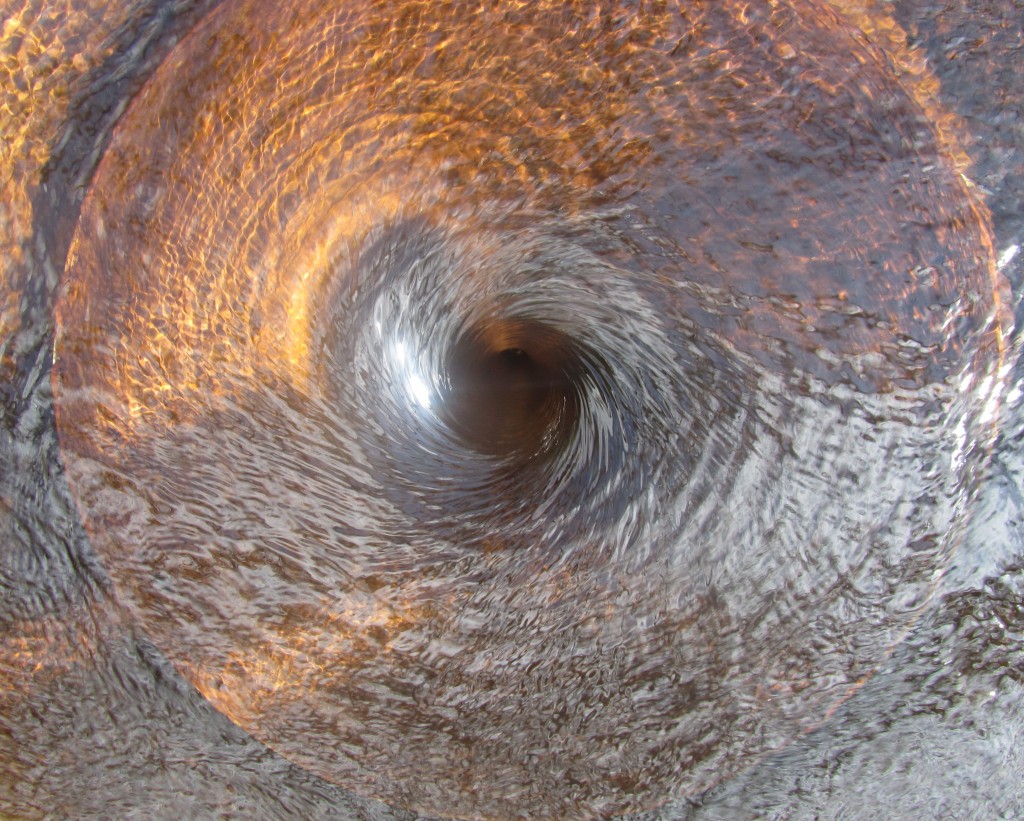 This time round there were new discoveries, like this whirlpool water feature in the Temperate House called the Charybdis, but mostly it seemed tame and formal and unsurprising and much less fun. 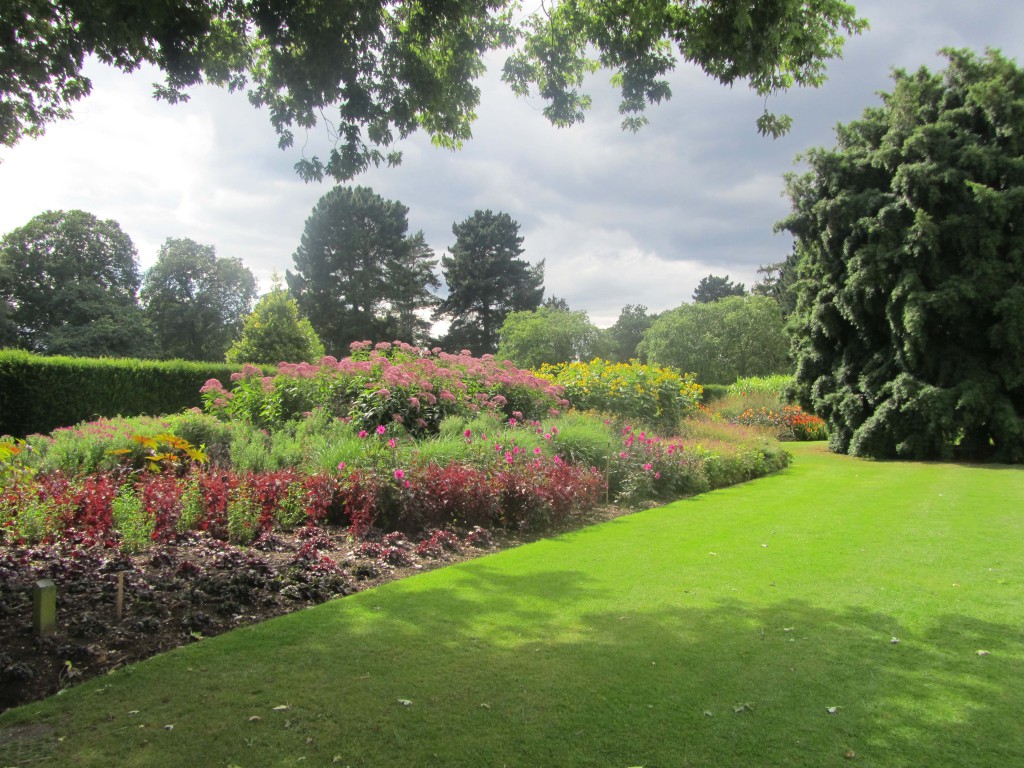 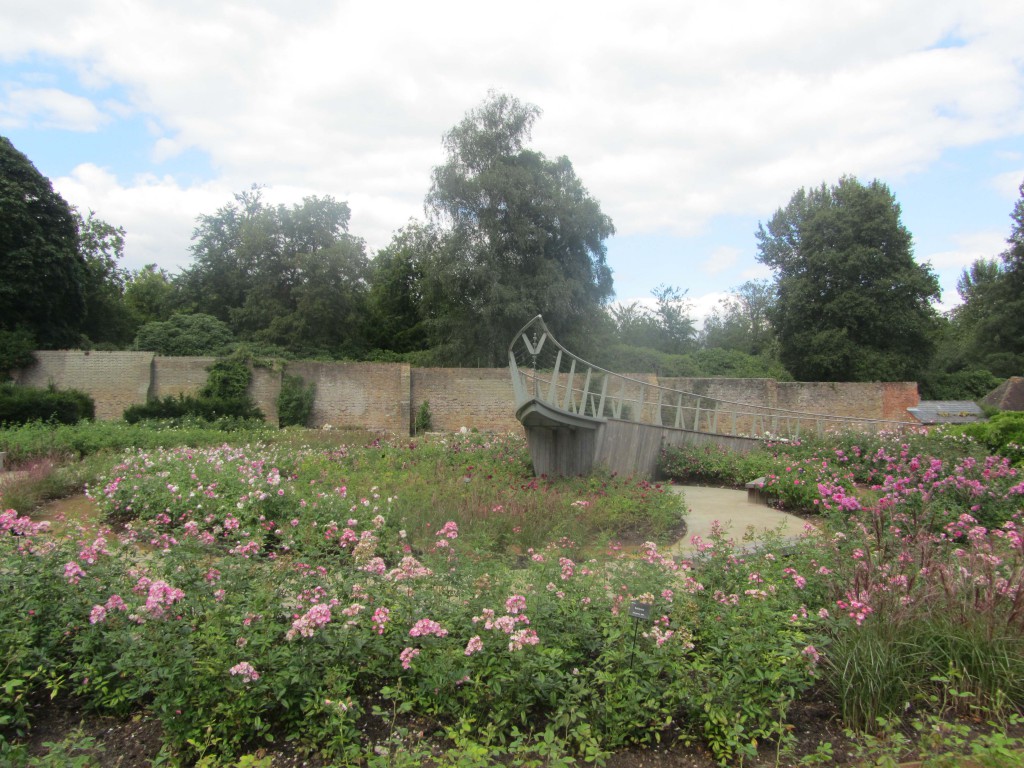 There were grand herbaceous borders planted with clumps of colour but they didn’t sing. There was a rose garden with its own jetty so you can place your nostrils right in its scented centre, but there was no perfume. There was a sculpture exhibition we were asked not to touch, but sight, hearing, smell and taste were not needed either. It all just confirmed we’d come back at the wrong time. 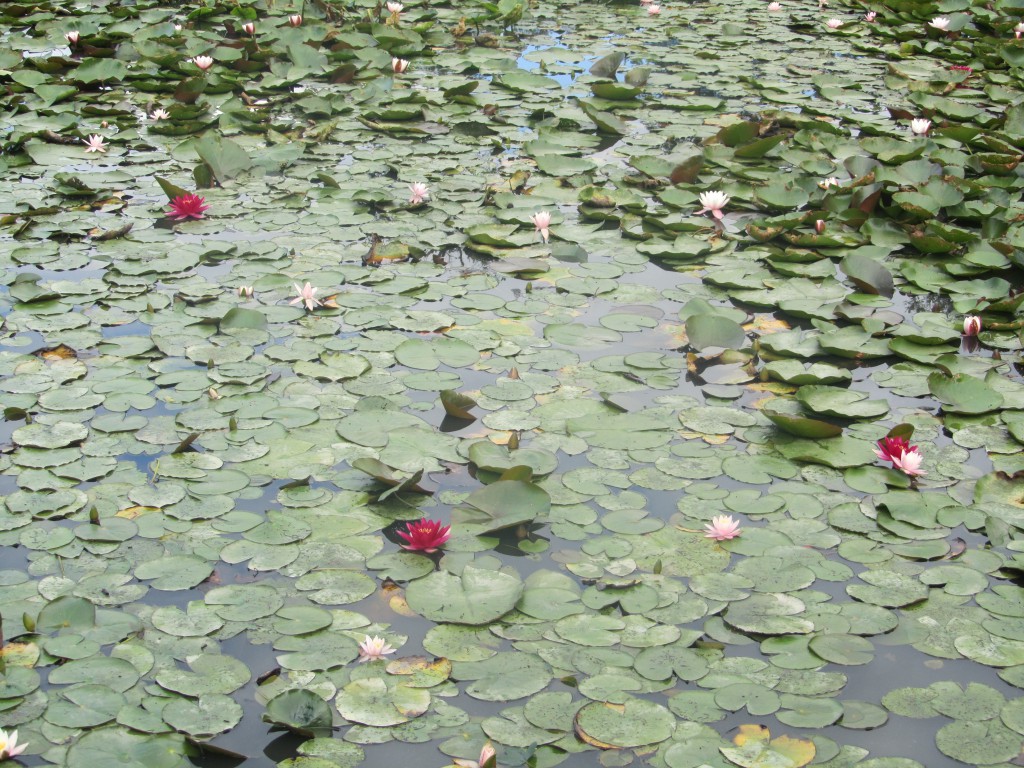 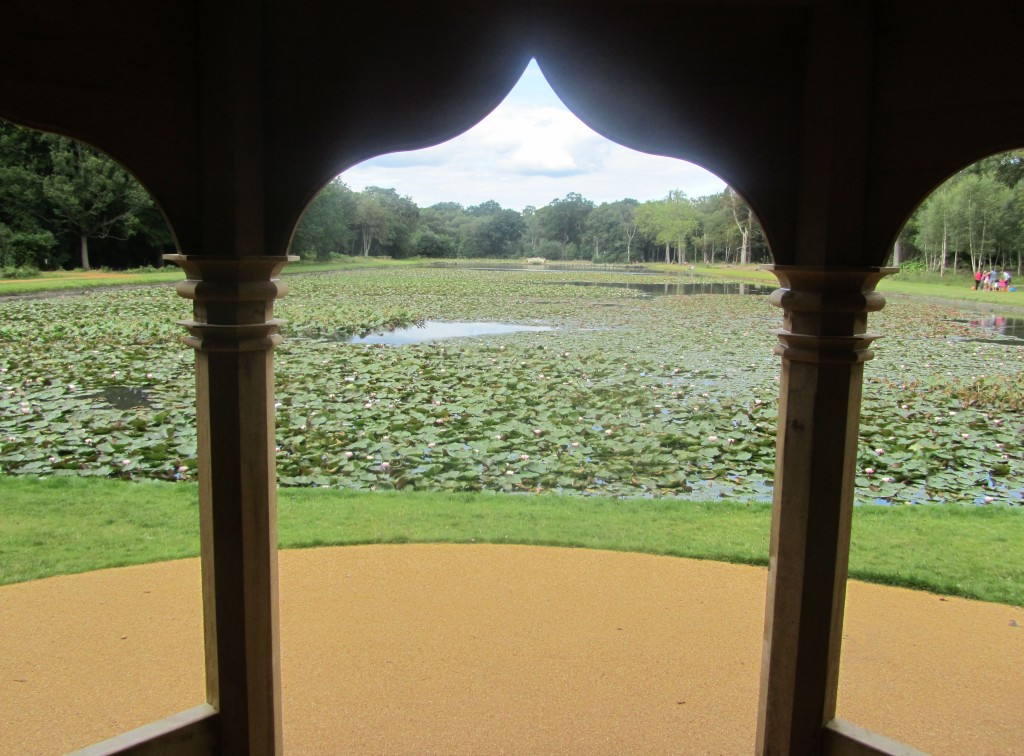 We left and headed north to Cow Pond where we found this breathtaking display of water lilies, far more spectacular than anything in The Savill Garden. This site was recently restored. It had originally been completed in the 18th century but had subsequently become neglected and overgrown. 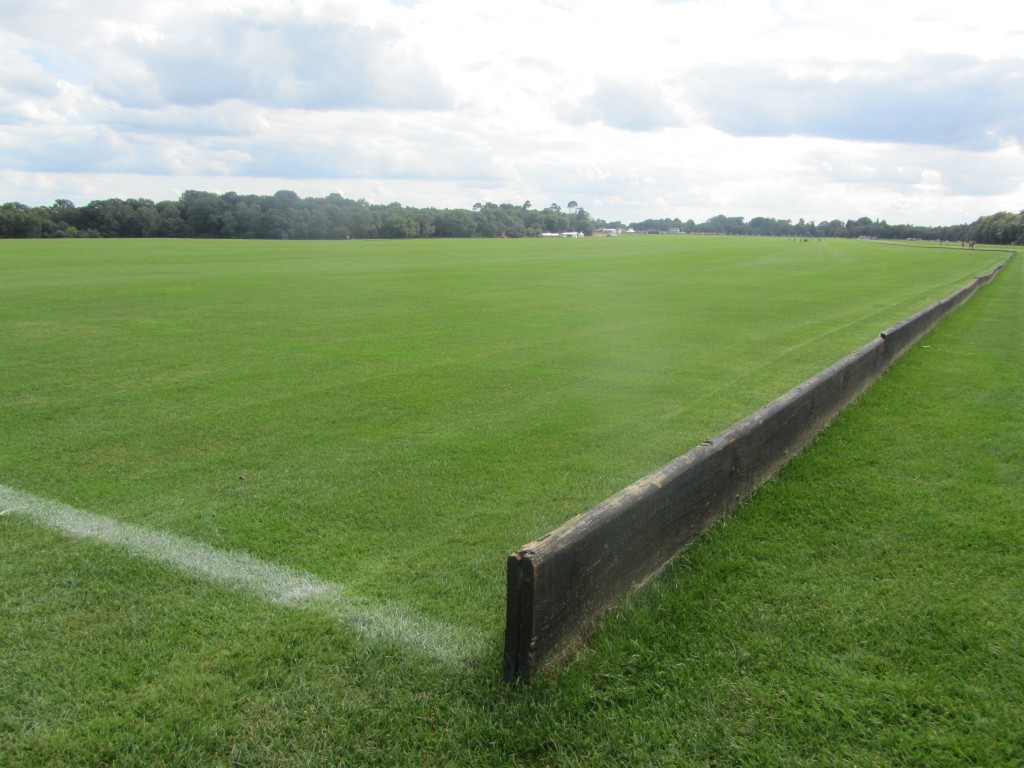 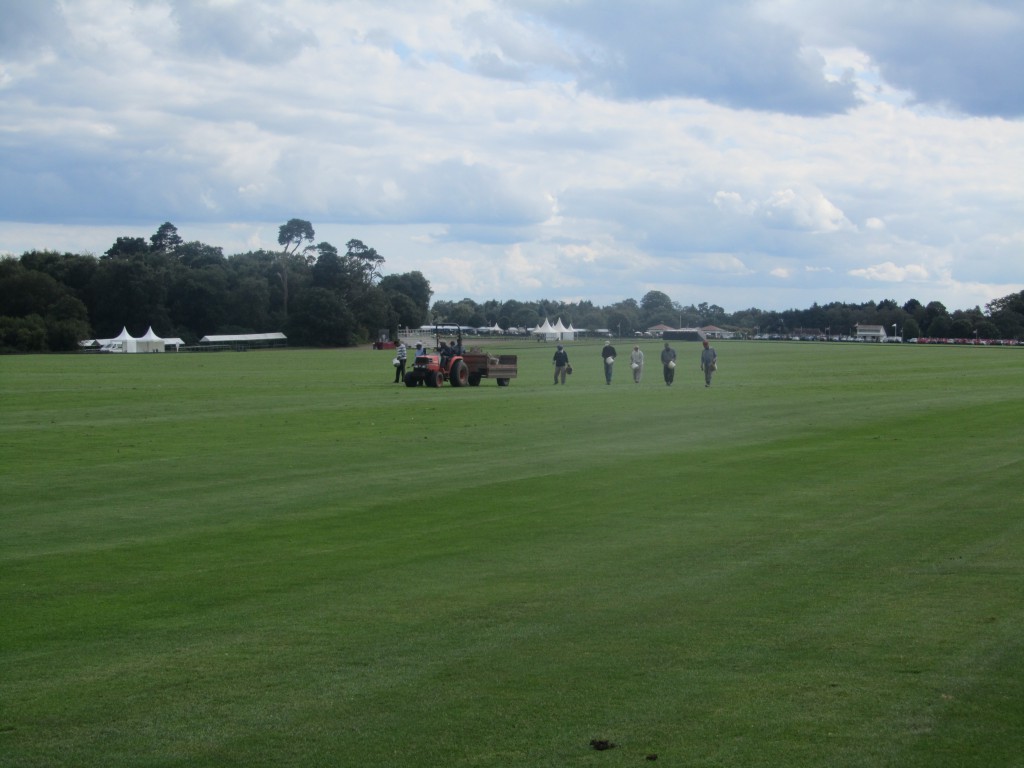 We continued round and then south and came upon the biggest lawn I ever saw. This is Smith’s Lawn, an area large enough for 10 polo pitches. As we approached we saw 10 Sikh groundsmen reseeding (even though they were coming towards us!) the grass where the polo ponies had churned it up. 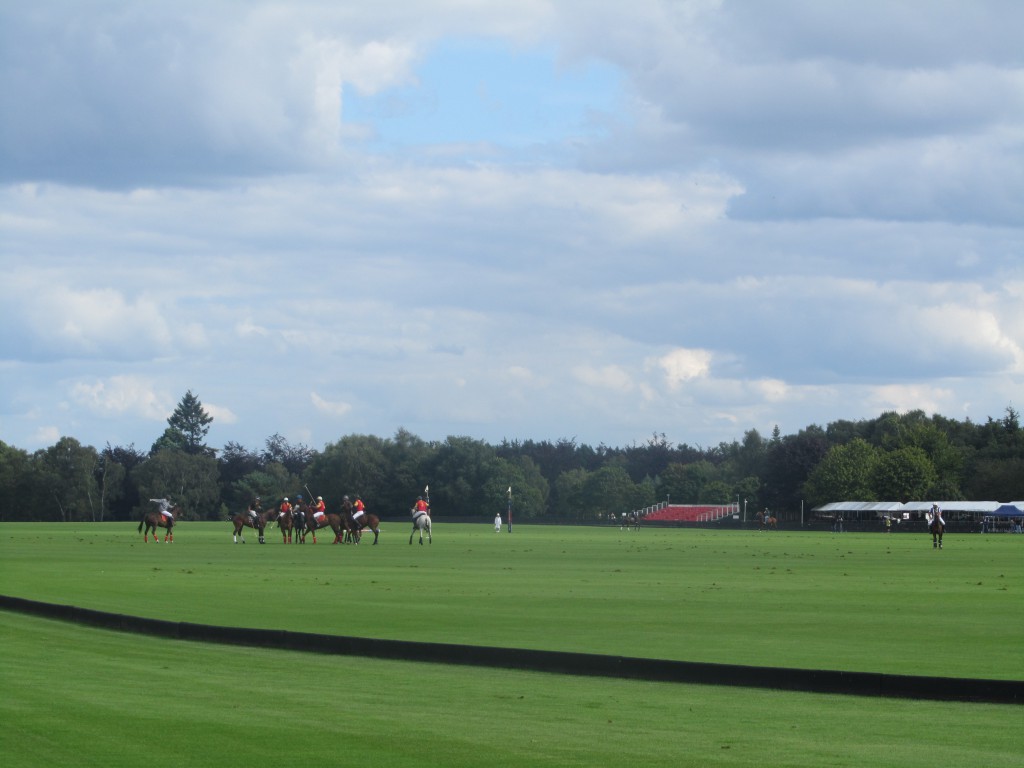 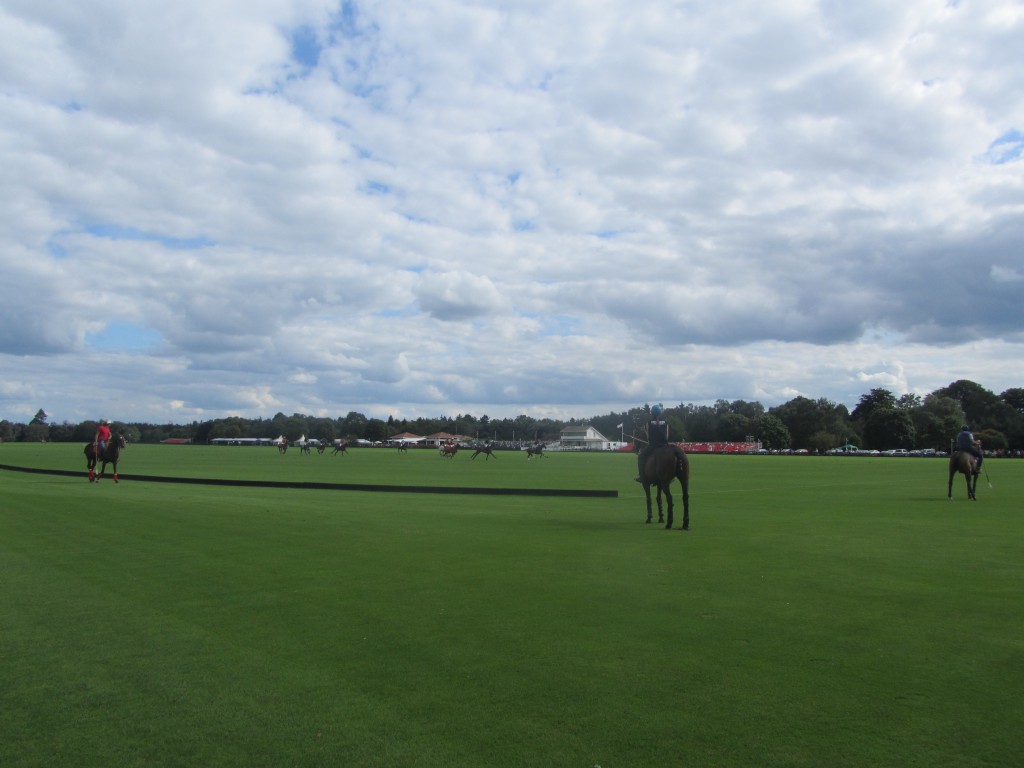 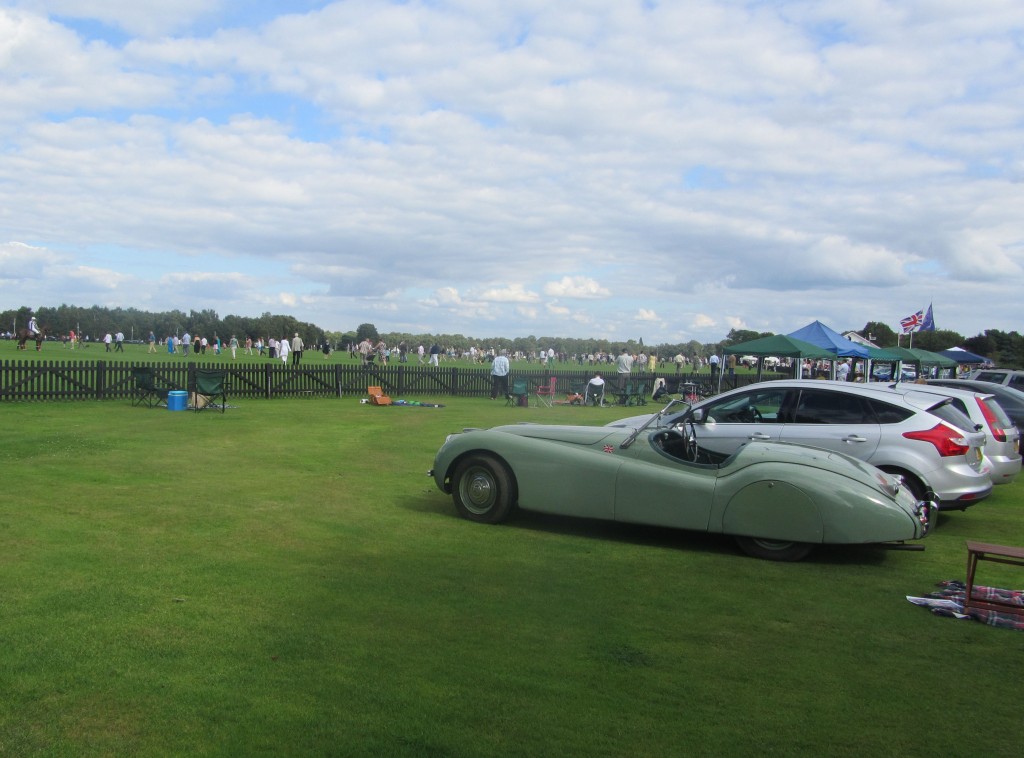 Further down and there was a match in progress. Lots of hectic dashing around on horseback to the accompaniment of an excitable commentator broadcast over the public-address system. At the end of the chukka the spectators were invited onto the pitch to tread the divots, to help restore the lawn and save the groundsmen extra work. 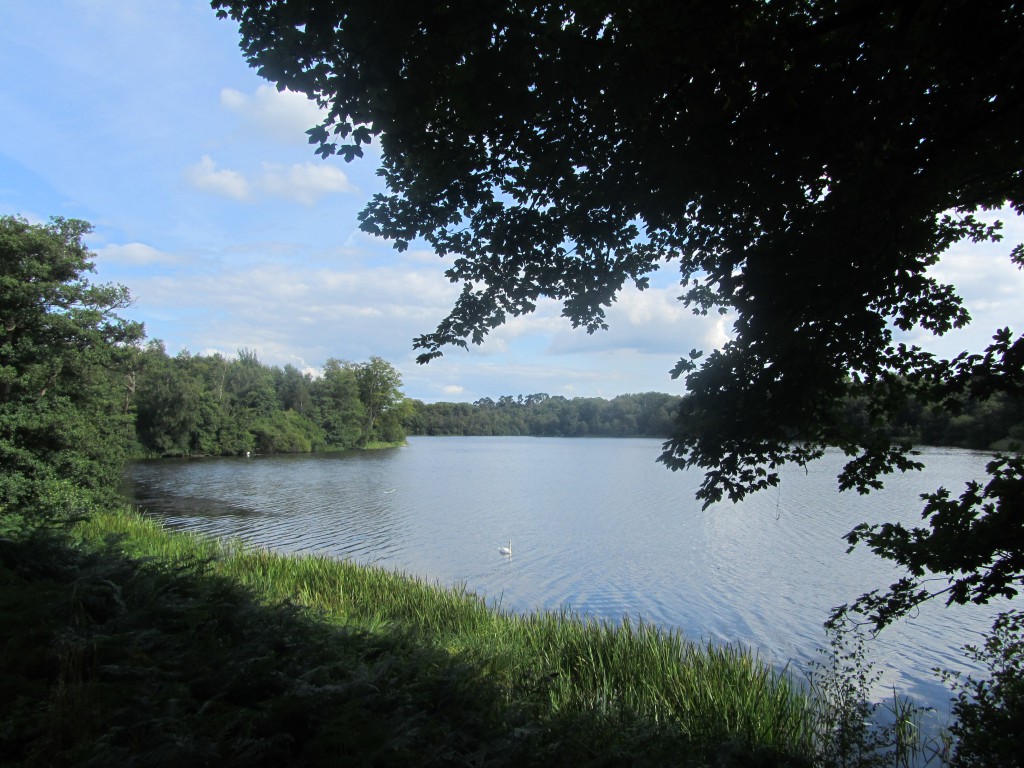 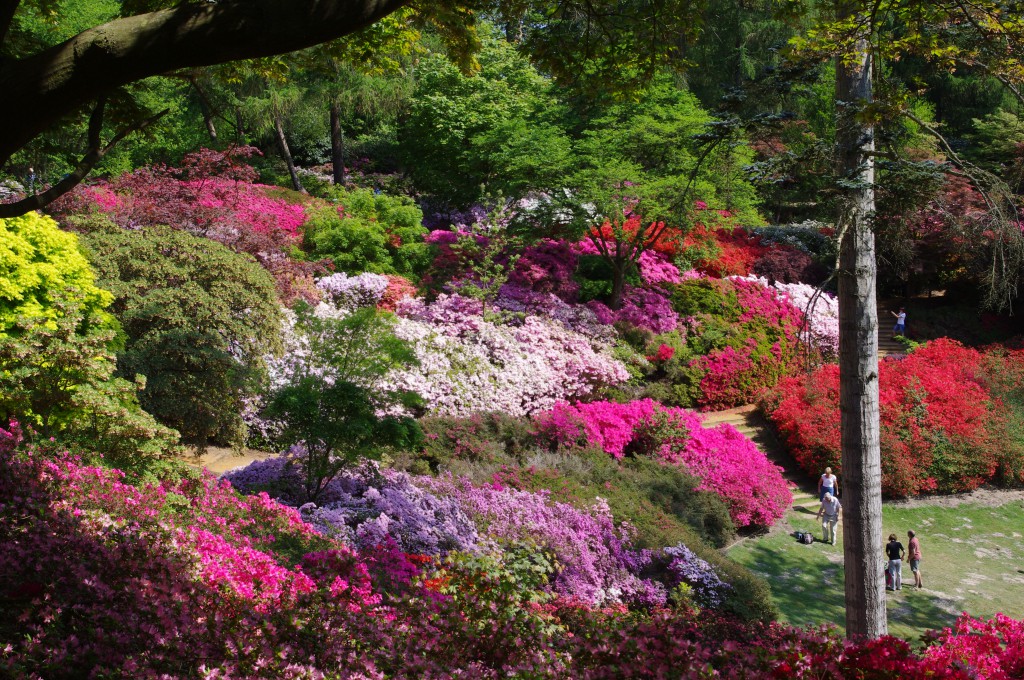 On from the polo grounds we walked through Valley Gardens down to the shore of Virginia Water. This photograph by Richard Barrett, taken in Valley Gardens and showing azaleas, maples and enkianthus earlier in the year, is more how I remember my original visit to The Savill Garden. 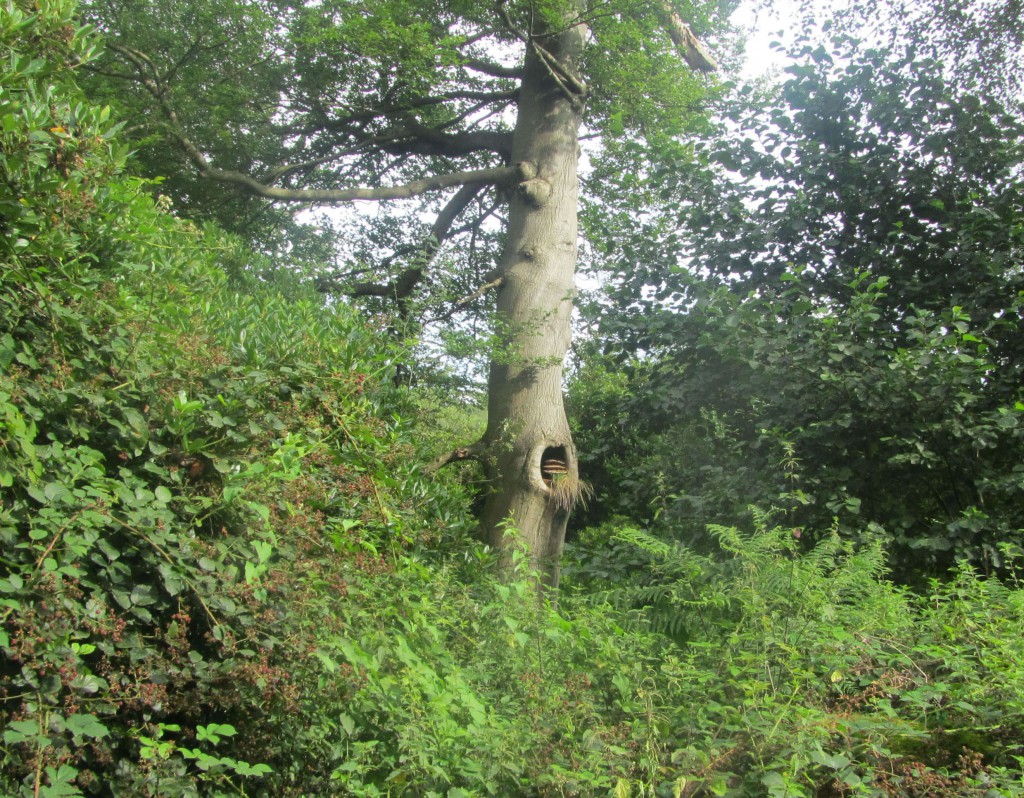 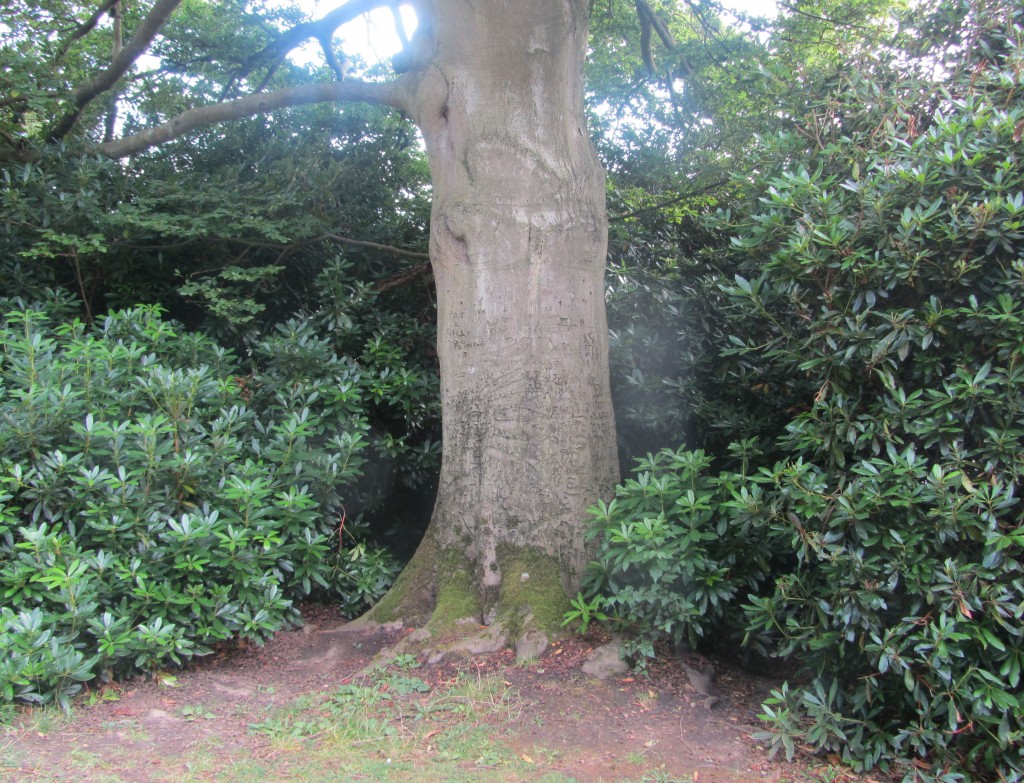 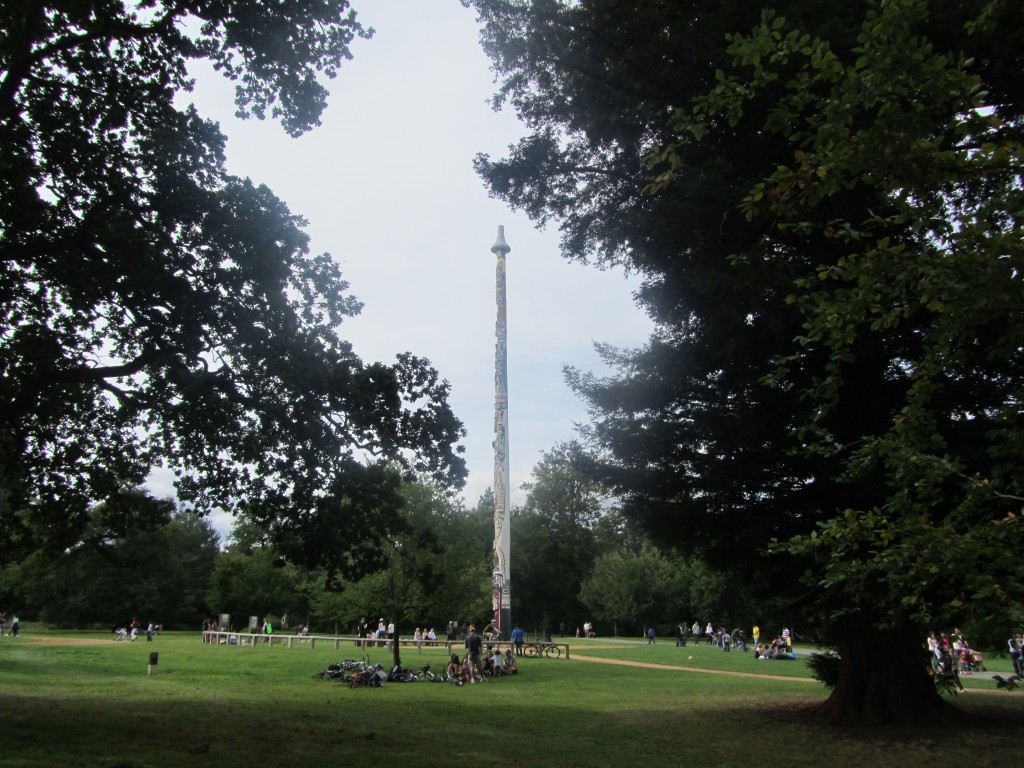 Then on, past an ash tree with a hatch serving fungus pancakes, a beech tree inscribed with a catalogue of lovers’ names, and finally a single log of 600 year old western red cedar carved into a totem pole by Kwakiutls from the Queen Charlotte Islands, 500 miles north of Vancouver and erected in 1958 to mark the centenary of the establishment of British Columbia as a Crown Colony.

For this walk we intended to follow a route from Christopher Somerville, but because time was short (too long in The Savill Garden) we had to abbreviate it and just completed the southern half.