During all the recent celebrations for Terry Riley’s 80th birthday I discovered many unfamiliar videos and recordings but none was more welcome than this with Don Cherry from 1975:

It’s from a bootleg recording of a concert in Cologne (available here) and although none of the pieces are credited I think this one is Descending Moonshine Dervishes. It begins with Terry Riley keyboard improvisations and Don Cherry accompanying on doussn’gouni, weaving intricate sound patterns, but when Don switches to pocket trumpet the music changes gear and he just simply lifts my heart.

Terry Riley’s In C was first released as an LP in 1968. It was hugely influential and this record was everywhere. It features Terry Riley on soprano saxophone with members of the Center of Creative and Performing Arts (SUNY-Buffalo) playing oboe, bassoon, trumpet, clarinet, flute, viola, trombone, vibraphone, marimbaphone and lots of overdubs.

There have been many versions of this piece. One of my favourites is by Bang On A Can featuring cello, glockenspiel, vibraphone, bass, mandolin, soprano saxophone, pipa, piano, violin, electric guitar, chimes, marimba and clarinet. It was recorded live with no overdubs in 1998.

Earlier this year there was a performance of In C at Tate Modern by Africa Express. They’d made a recording of it in 2014 and I was so taken with their interpretation that I ordered a CD of In C Mali immediately. But I must have accidentally ordered two, so now I’ve got one more than I need.

Question: In what year did Terry Riley compose In C?

The first correct answer gets the CD. Please reply below and I’ll announce the winner when I return from holiday in a couple of weeks. Meanwhile here are a few more videos.

This L@TE event from 2011 features living legend and UC Berkeley alumnus Terry Riley. His return to BAM/PFA in a rare solo concert on piano and synthesizer. Best known as the godfather of minimalist music, Riley’s performances encompass North Indian classical music, American jazz, and a particular strain of musical experimentalism that is uniquely Californian. 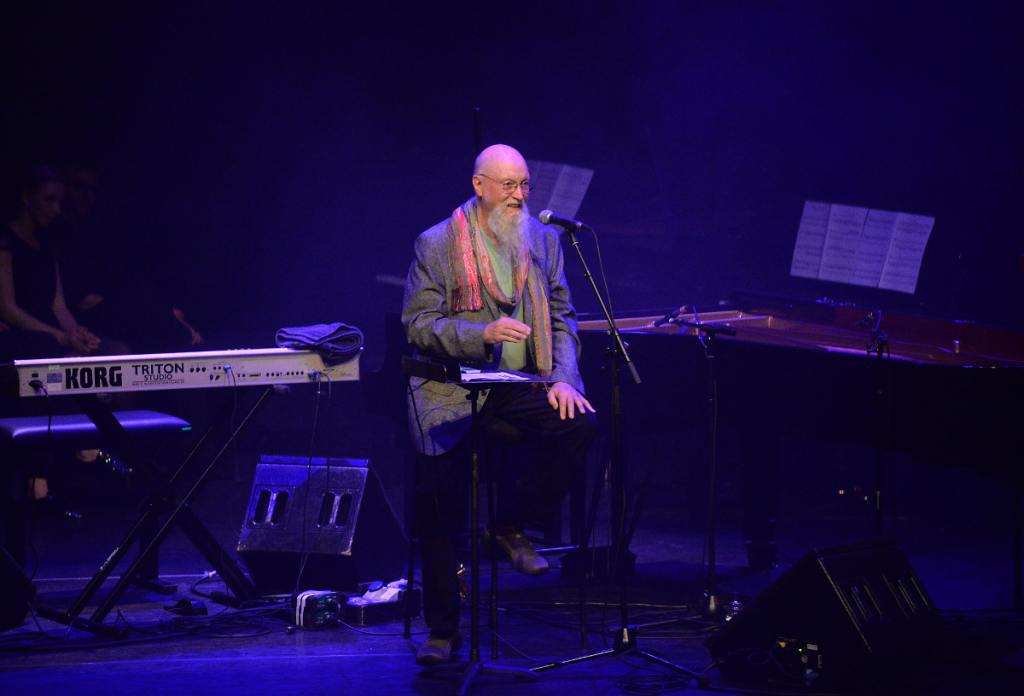 Earlier this month we were fortunate to see Terry Riley making music at the Barbican Hall. He had been artist in residence in the Barbican Gallery during the preceding week, rehearsing a new work for children’s choir, toy pianos, brass and percussion, culminating in a premiere in the concert hall. He began with a breathtaking recital of solo raga singing, wonderful and surprising vocal improvisations.

A short film from 10 years ago when Terry Riley and David Harrington were preparing The Cusp Of Magic, a piece written for Kronos Quartet to be performed in celebration of Riley’s 70th birthday.

His music is intelligent, experimental, often challenging, always humane and essentially friendly music, just like his face! He seems always to be smiling. Long may his music smile on us. 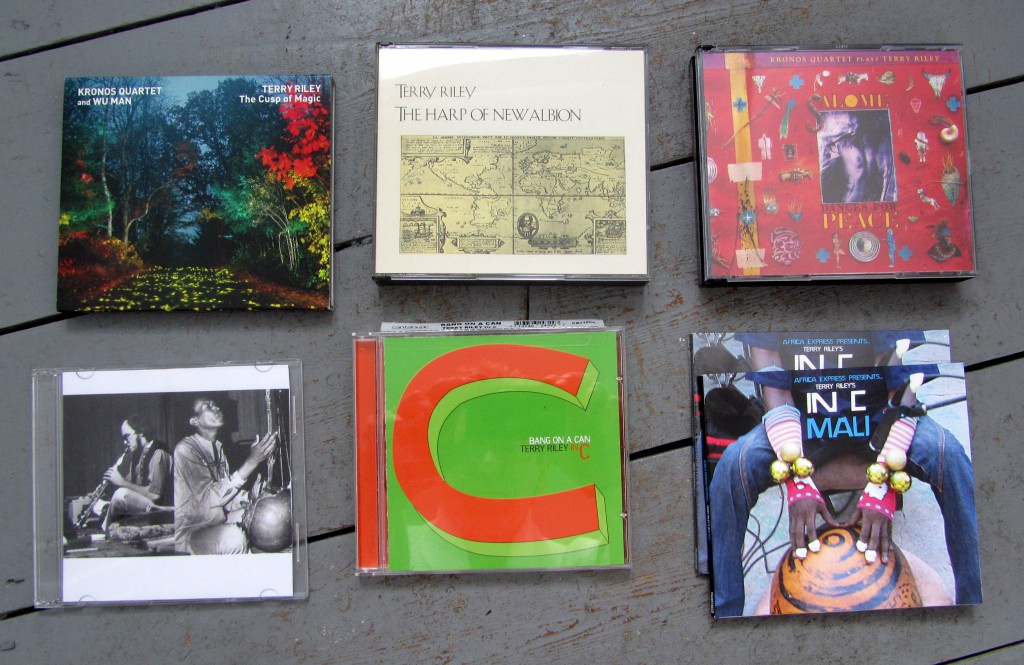