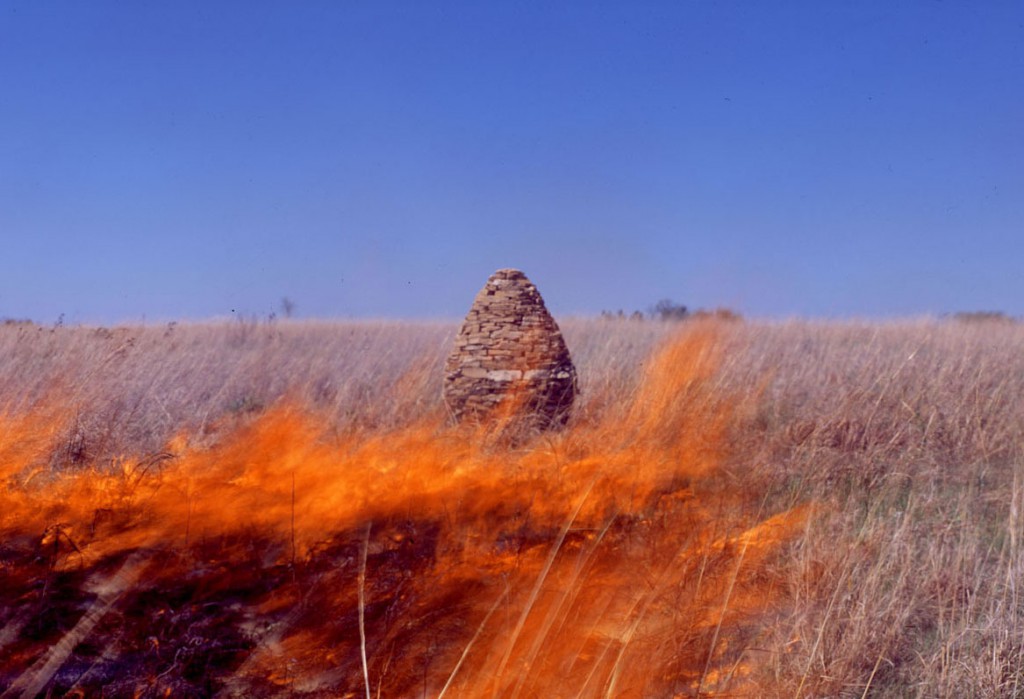 I keep seeing this image on billboards around town. It’s a photograph of one of Andy Goldsworthy’s Cairn sculptures and it’s being used by The Maccabees to promote their new album. It reminds me of a visit five years ago to Digne-les-Bains where I found a whole series of his sculptures. 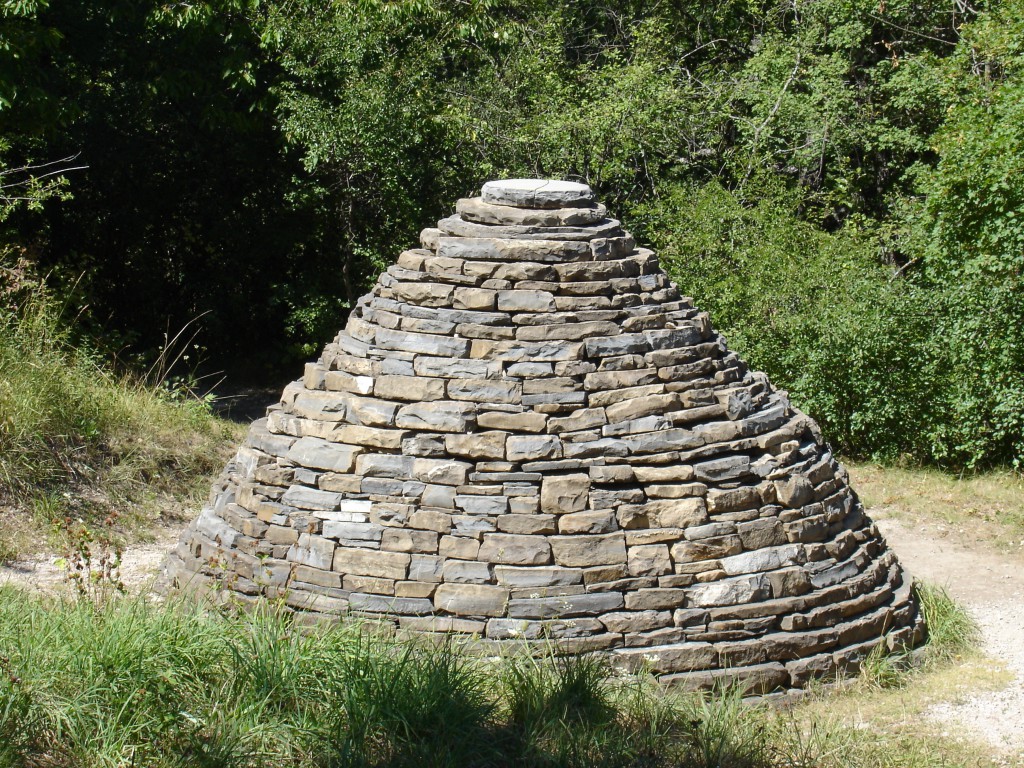 At the Musée de la Réserve Géologique de Haute Provence you can walk through the woods to the waterfall that feeds the stream that flows beneath this cairn. The sound of the water echoes inside like a bell. It is one of a chain of cairns built along the stream by Andy Goldsworthy.

Inside the museum you can pick up details of Refuges d’Art, a series of renovated old ruined farm buildings and a chapel in the surrounding mountains that can be used for overnight shelter by visiting walkers. Each one also houses a specific artwork built in situ by Andy Goldsworthy. There are also three cairns, Sentinelles, and I visited one on the road to Barles, north of Digne. 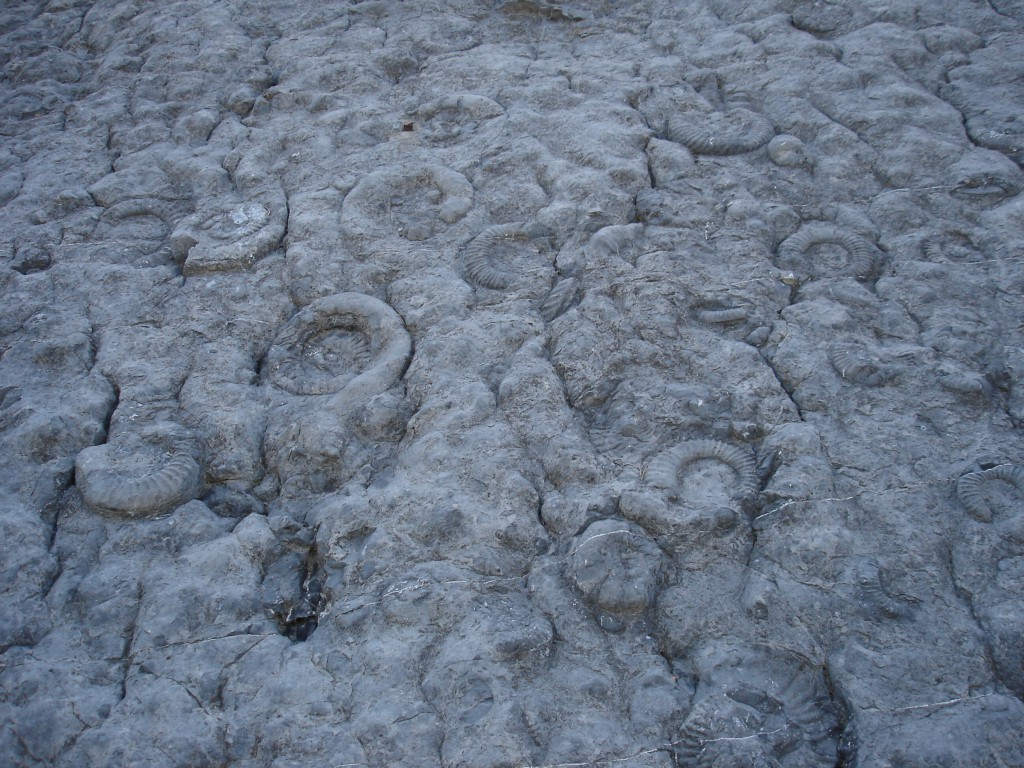 On the way I passed this extraordinary wall of ammonites, some the size of a car tyre: Dalle à Ammonites

The road snakes through a spectacular gorge and there on the left in a natural alcove is Sentinelle – Clues de Barles, the first cairn built in 1999. 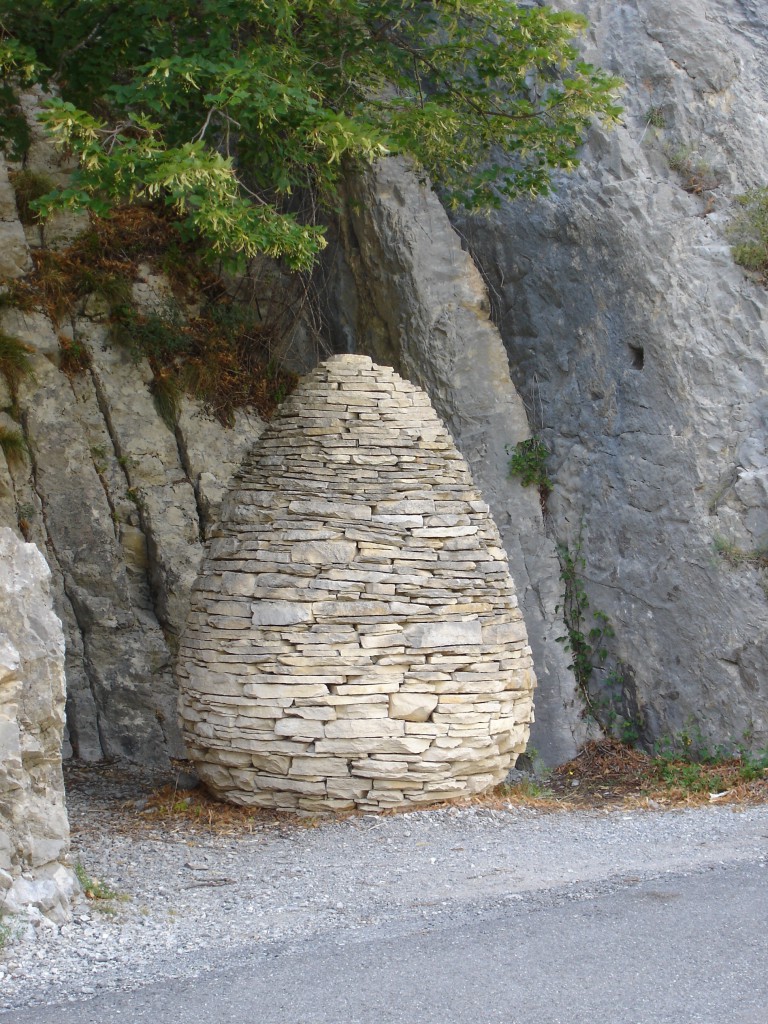 I never believed that I could make a cairn in the Clues de Barles. I must have passed through there many times, always saying that to make a work here would be impossible. The place is too strong – it would be arrogant and insulting to even try to leave a work here. We had in fact found a site further up the valley, beyond Barles. It was on our way back that, out of the corner of my eye, I saw the small recessed area where the cairn now sits. I said nothing for a few kilometres, suppressing the idea. Eventually, I asked Guy Martini, who was driving, to turn around and go back. When we reached the site it was so obvious that this was the place. This was confirmed by finding two cut holes in either side of the recessed area, in which a beam had once been placed, to support a roof, which would have sheltered the people who made the road. When I dug the foundations, I found a rusty shovel and evidence of fires. I liked this feeling of protection in this site, in counterpoint to the sense of fear that, even now, a person feels in the steep, overhanging cliffs of the Clues, as the road passes under masses of tons of mountain. Perhaps it’s the memory of the people who have laboured, some dying, in the making of the road, that gives the place its poignancy. This contrast makes the cairn a guardian and a protector to the Clues, a memorial to those who have passed by already, and a witness to those who’ll pass by in the future. AG 1999 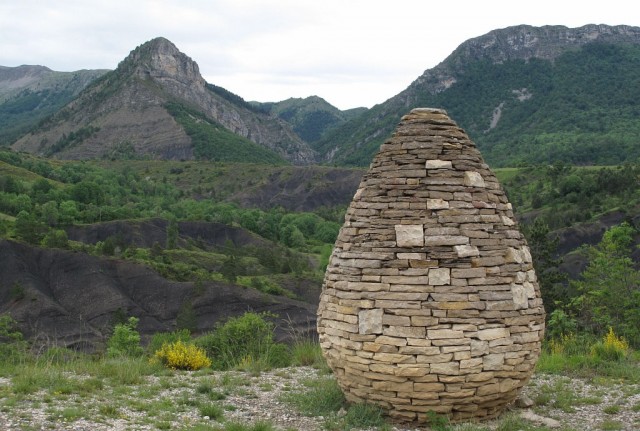 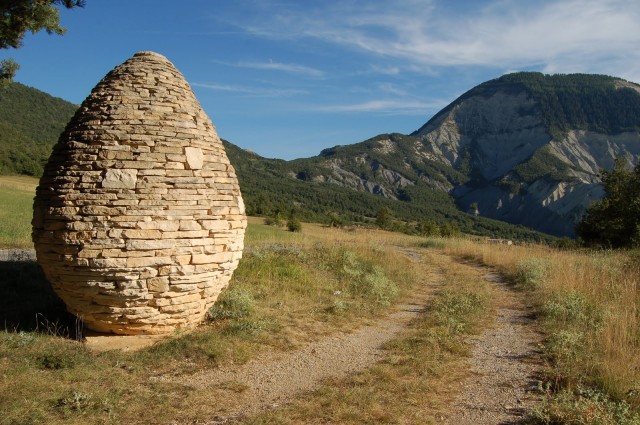 Back in Digne there is more information about Refuges d’Art at the Musée Gassendi. There is also La Rivière de Terre, a clay wall painting applied by hand, thicker in some places than others, so that as it dried a serpentine form was revealed by the cracks. 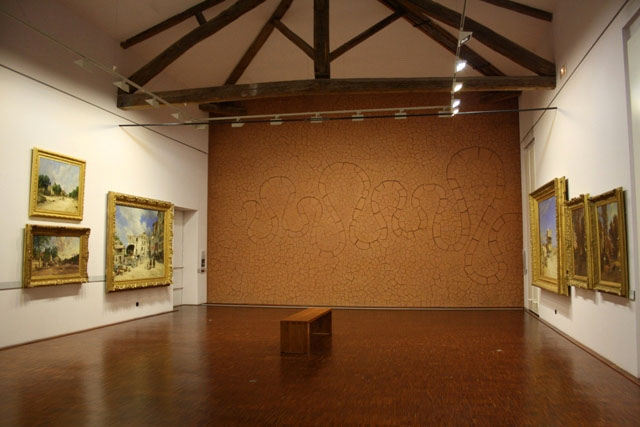 The Sentinelles and the Refuges were designed to be encountered whilst walking in the mountains. More stations on the journey will be added over time by Goldsworthy and by other artists.

Another view of the project can be found here. Seeing this I’m beginning to feel it’s time I went back, this time to get off road and explore the mountains on foot.

One thought on “Refuges D’Art”