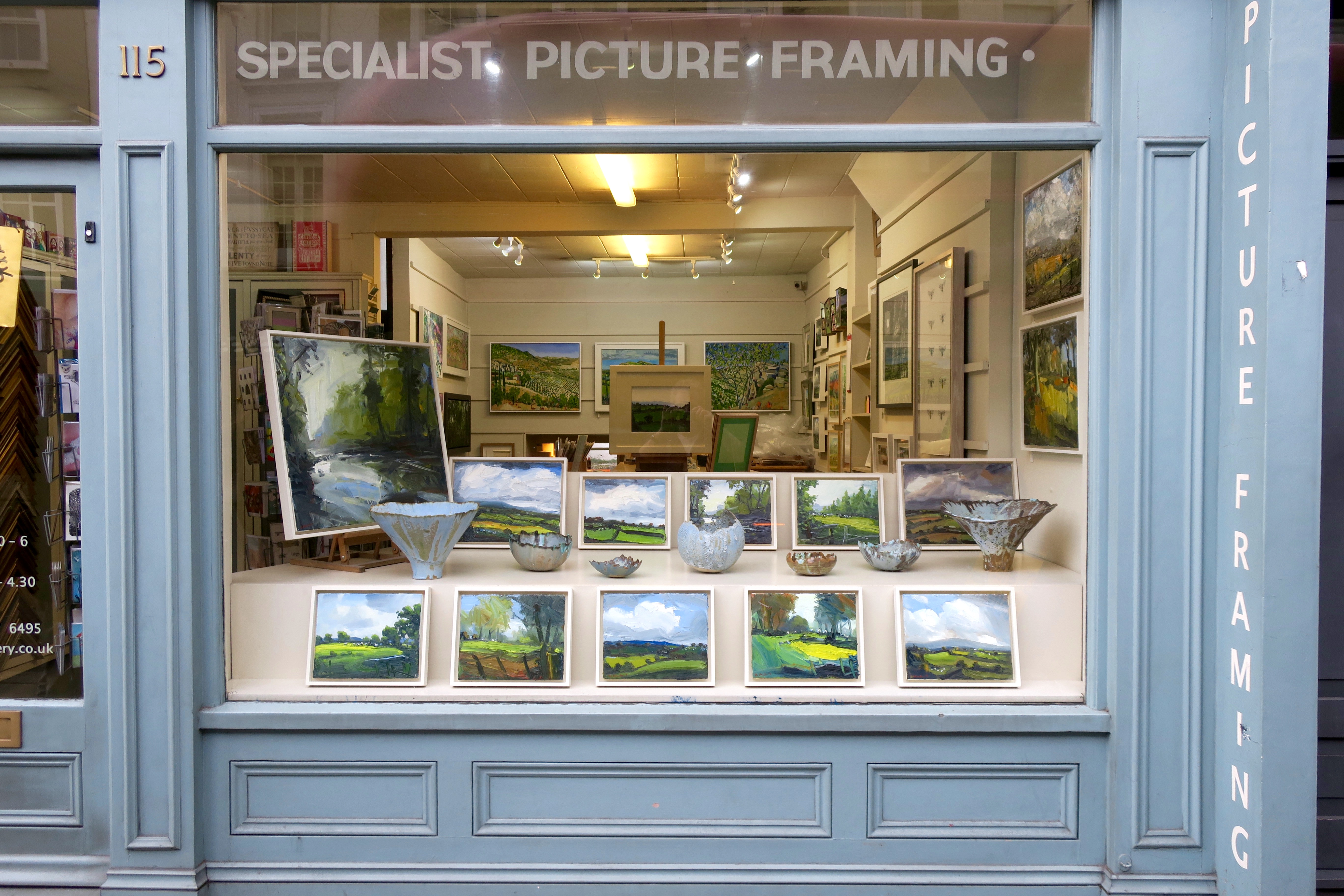 It sounds like it might be the name of a village, somewhere in Devon perhaps, deep in the countryside; but no, it’s a display of paintings by Robert Newton and ceramics by Florence St George. Neither artist is from Devon but both make work that looks like it was extracted from the countryside, evidence of the land, pieces of earth. They’re together in The Rowley Gallery window throughout March. 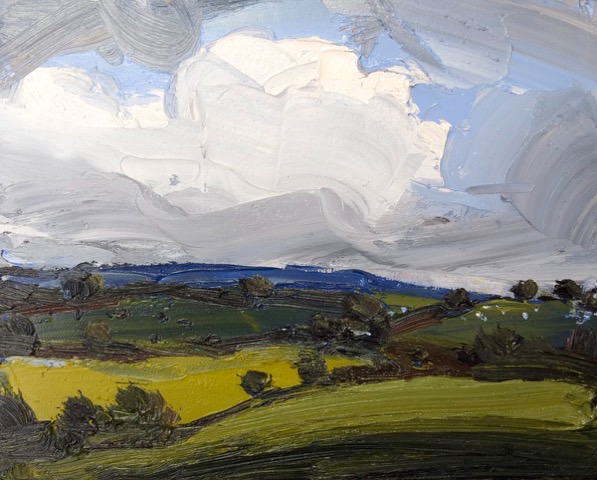 A Big Cloud Sort Of Day

Robert’s paintings are quick smears and smudges of lovely stuff, juicy fruits of the earth, skilfully manipulated to form an image of the landscape that appears caught in the blink of an eye. 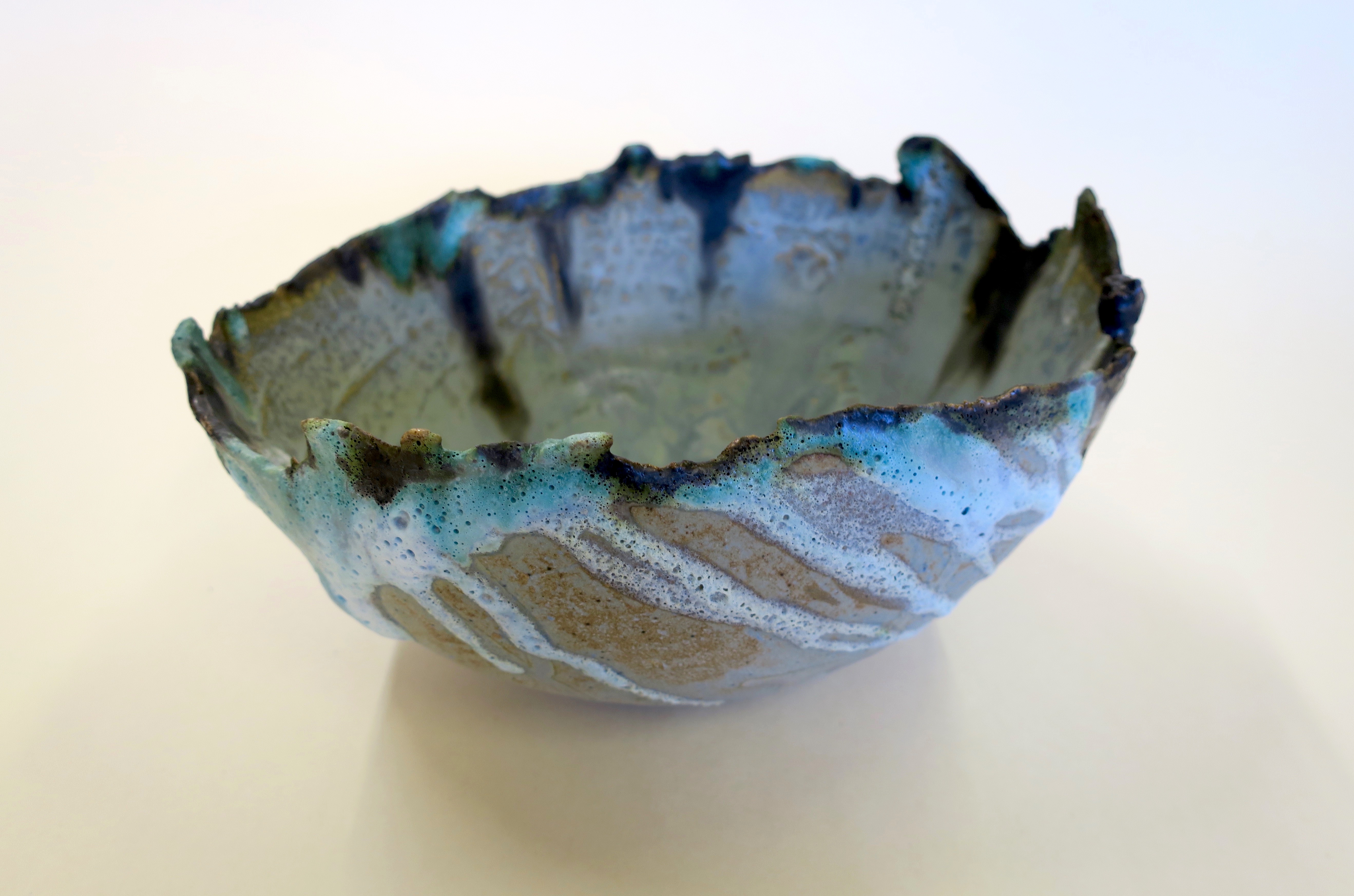 Florence’s pots are pulled and squeezed from the earth, though they seem grown like fungus or lichen, then turned on a wheel, washed by the waves and filled with a handful of sky. 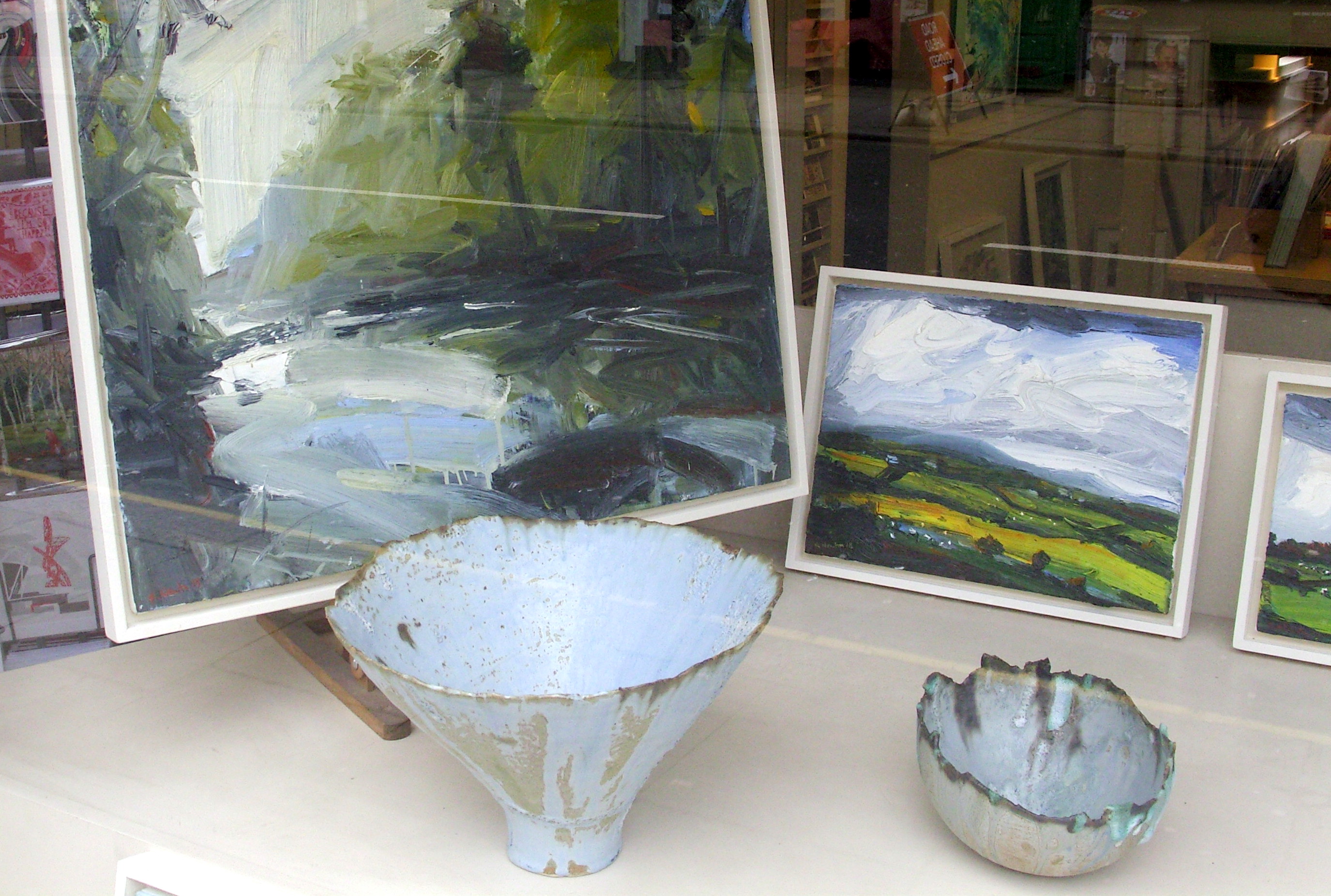 The river pours into the vessel, the vessel reflects the river. Both painting and pot are made of similar essential material, only animated and enchanted in different dimensions, as if they are both the same but at different stages of becoming. Both of them answers to the same unasked question. 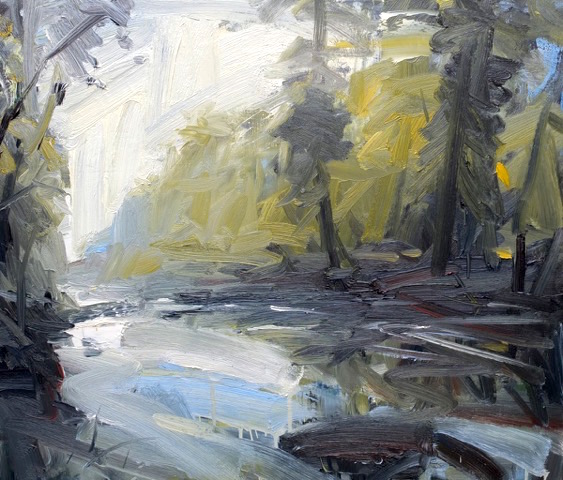 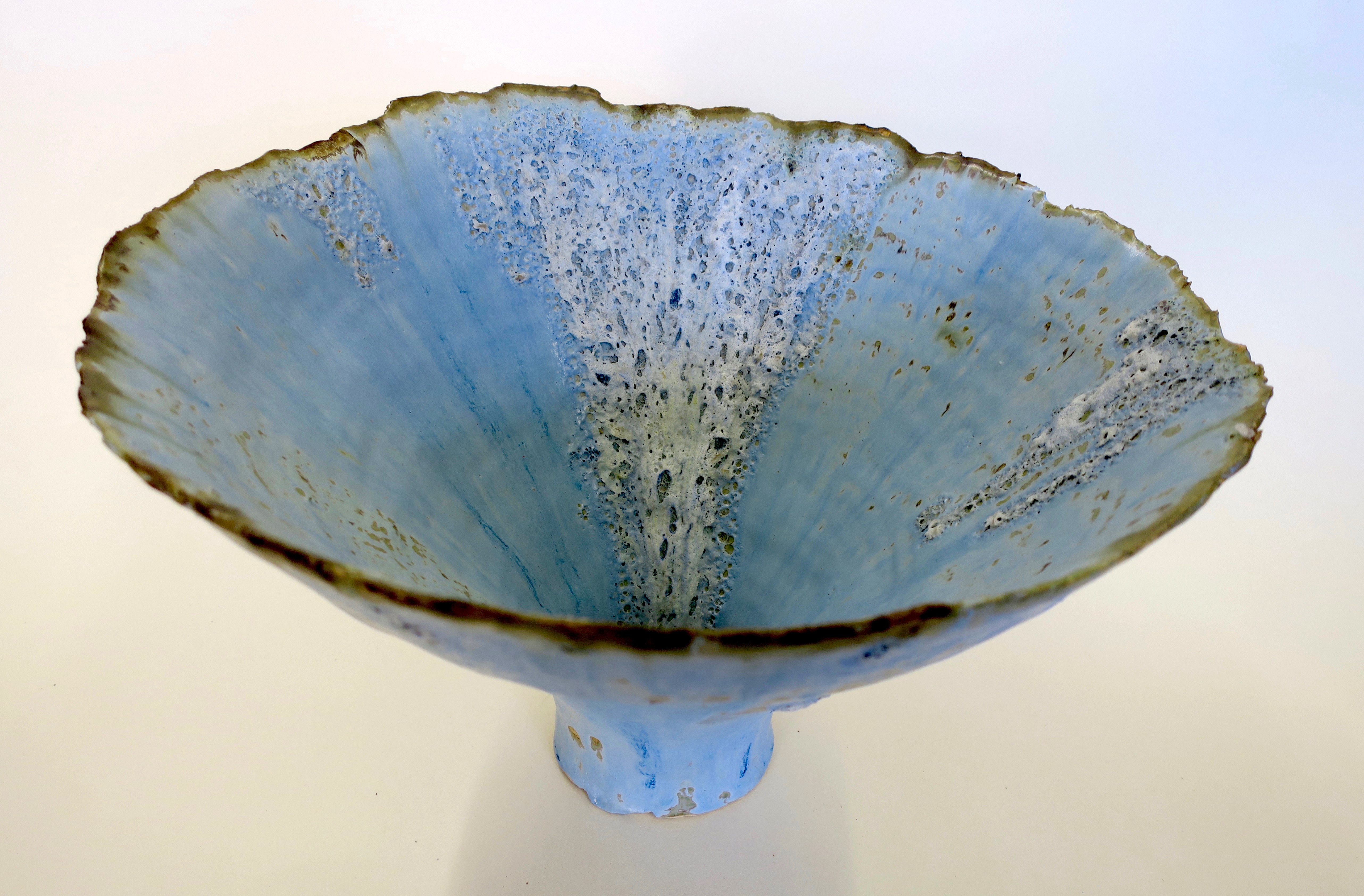 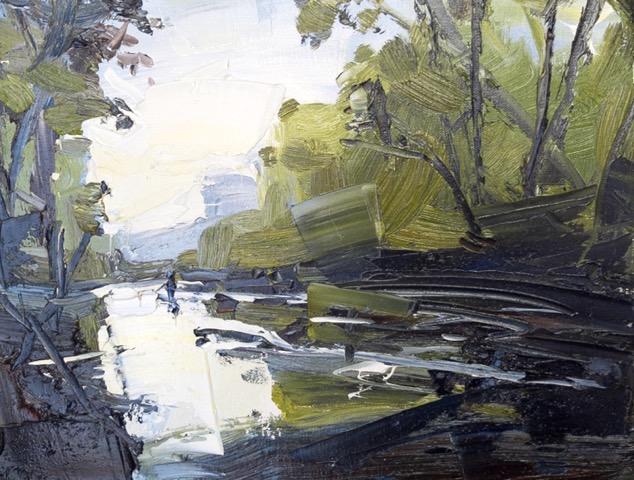 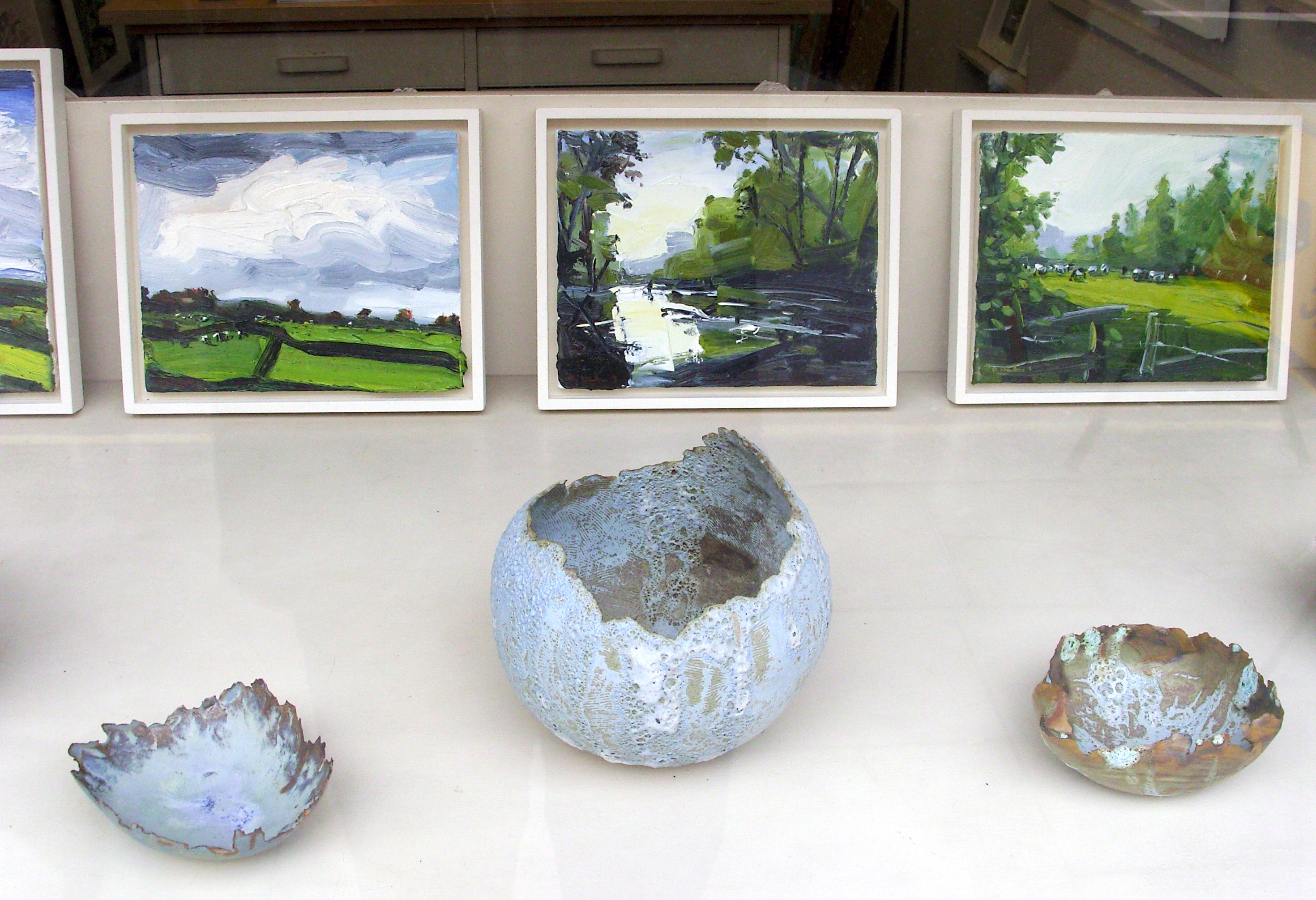 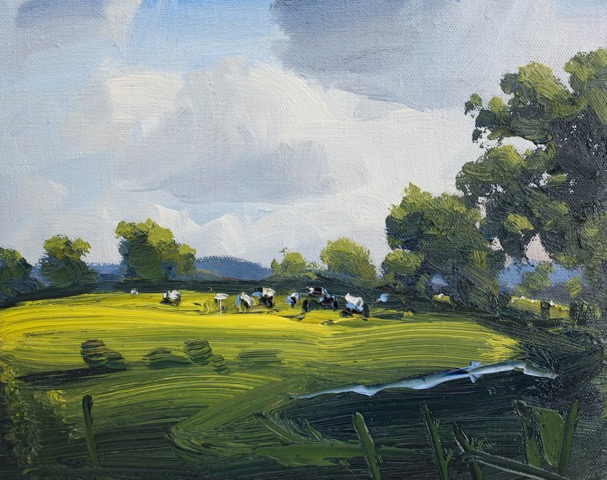 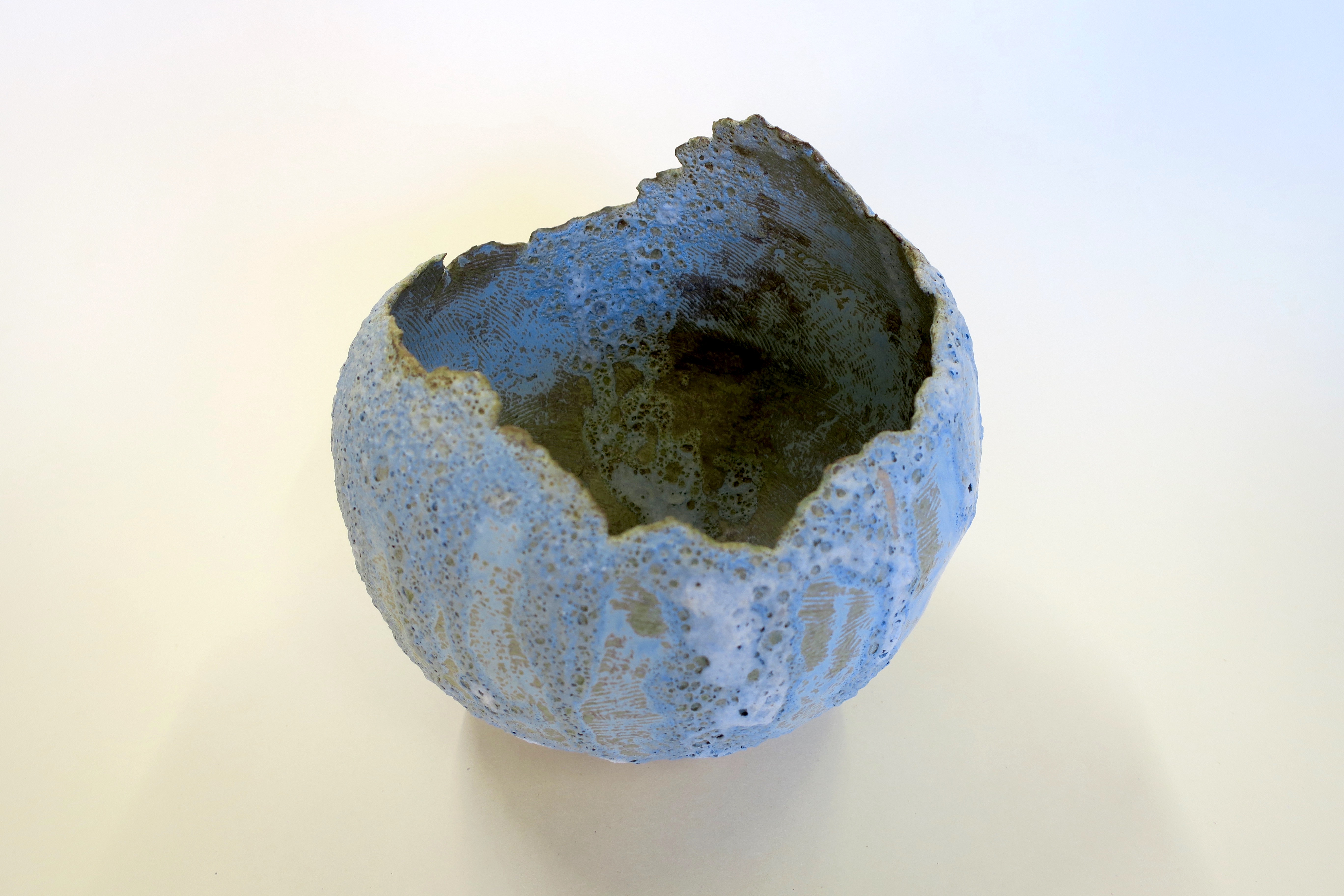 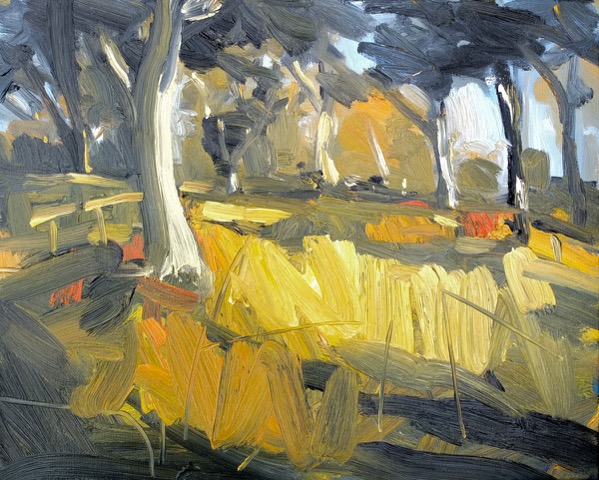 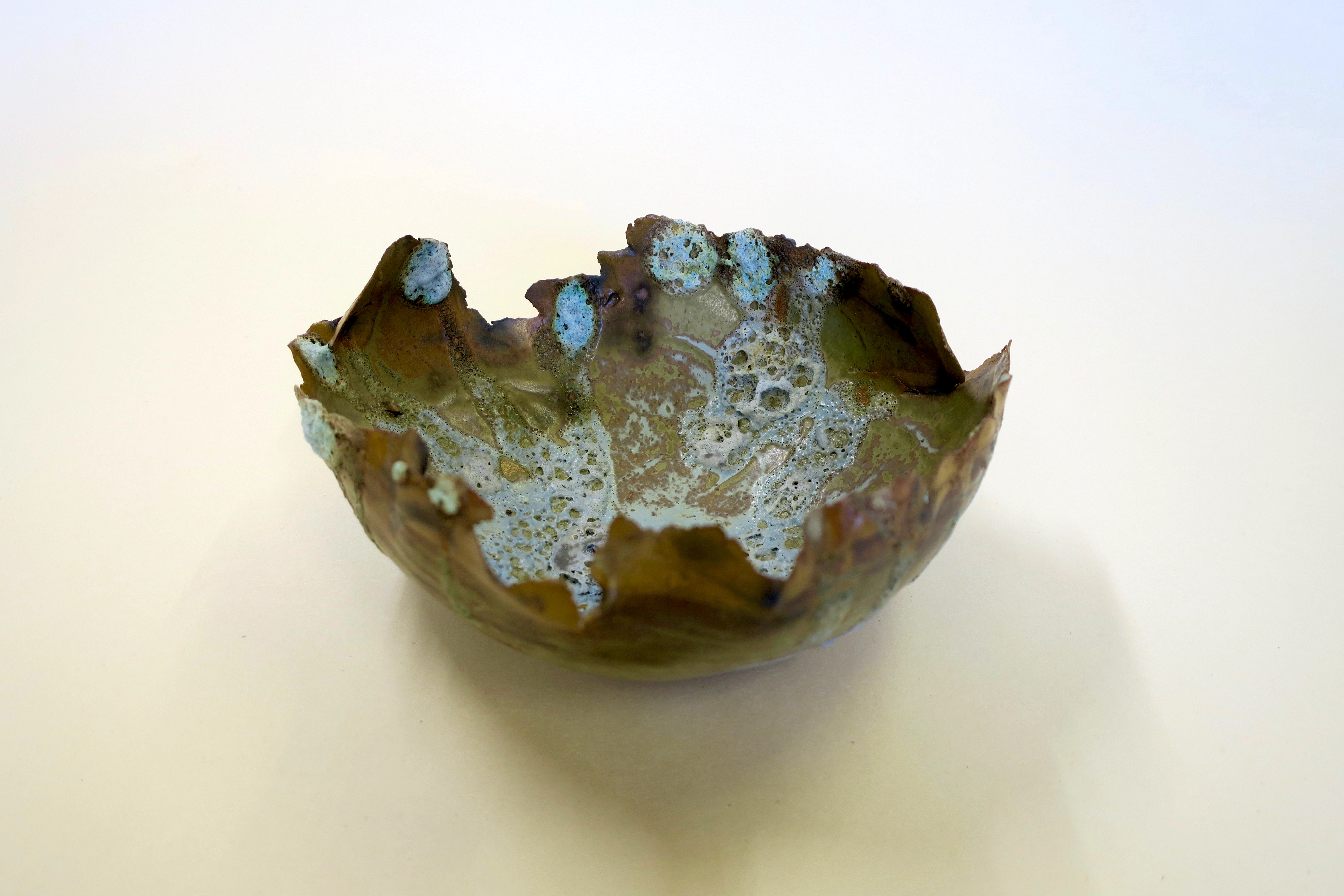 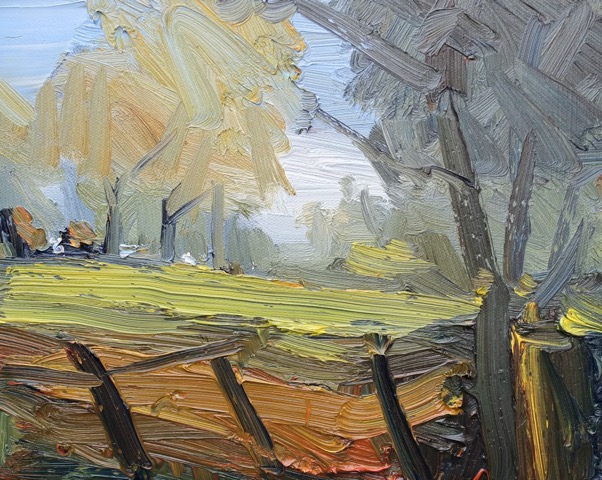 The Edge Of The Woods 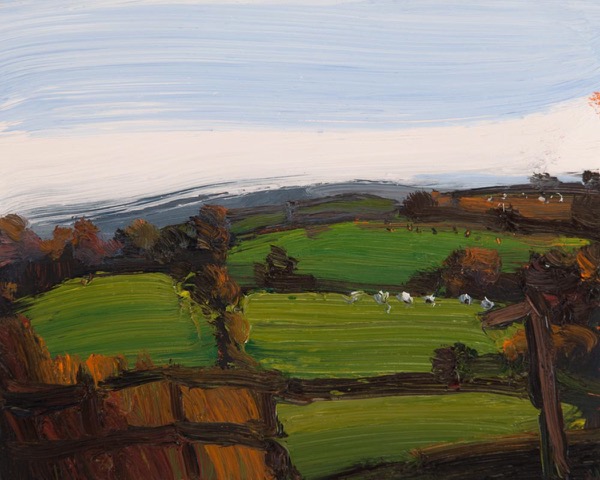 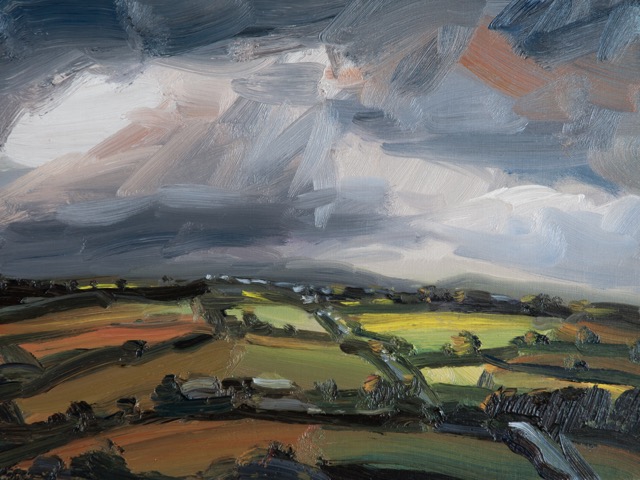 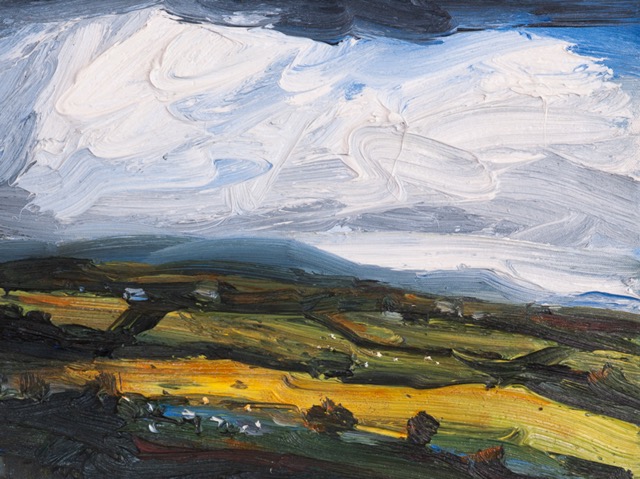 Here in these few paintings are memories and experiences of my time in the landscape and if I remember the last time I wrote about my paintings, I described sketching and ways to gather ideas for new works using anything I have at hand to make a record of the landscape, including my mobile phone camera. Nothing much has changed since then but I no longer use the car to get there; instead, I ride my bike. It gives me access to places I can never get to with a car and more often than not that view is on an awkward bend where stopping a car would be too dangerous. 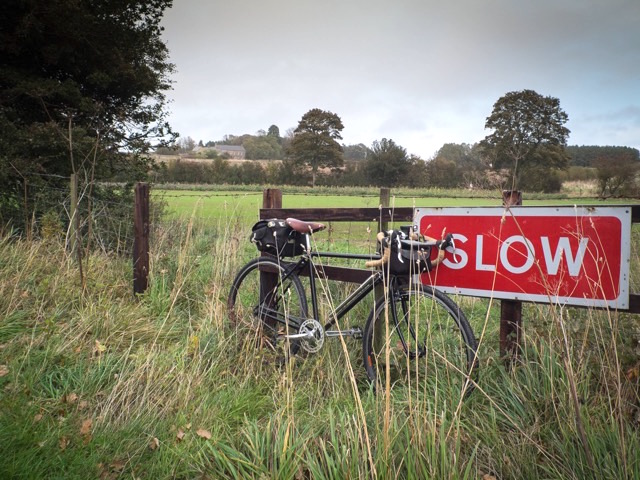 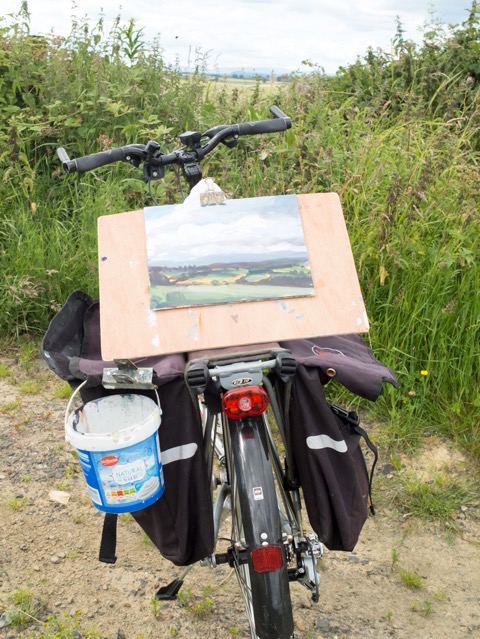 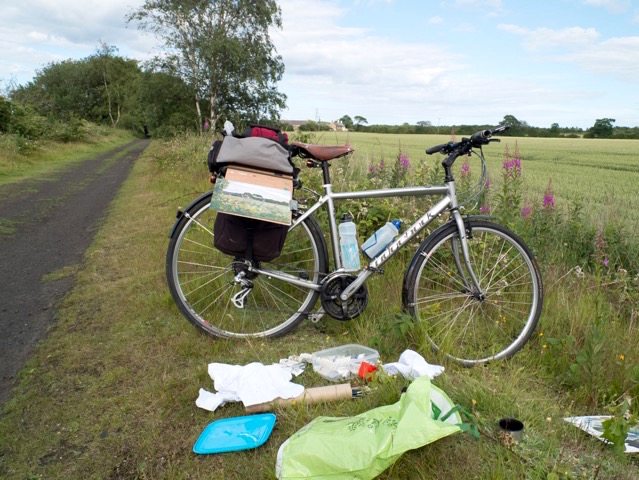 A few days earlier Robert had emailed to say the paintings were on their way:
“It’s a bike box full of bike rides but no bike”. 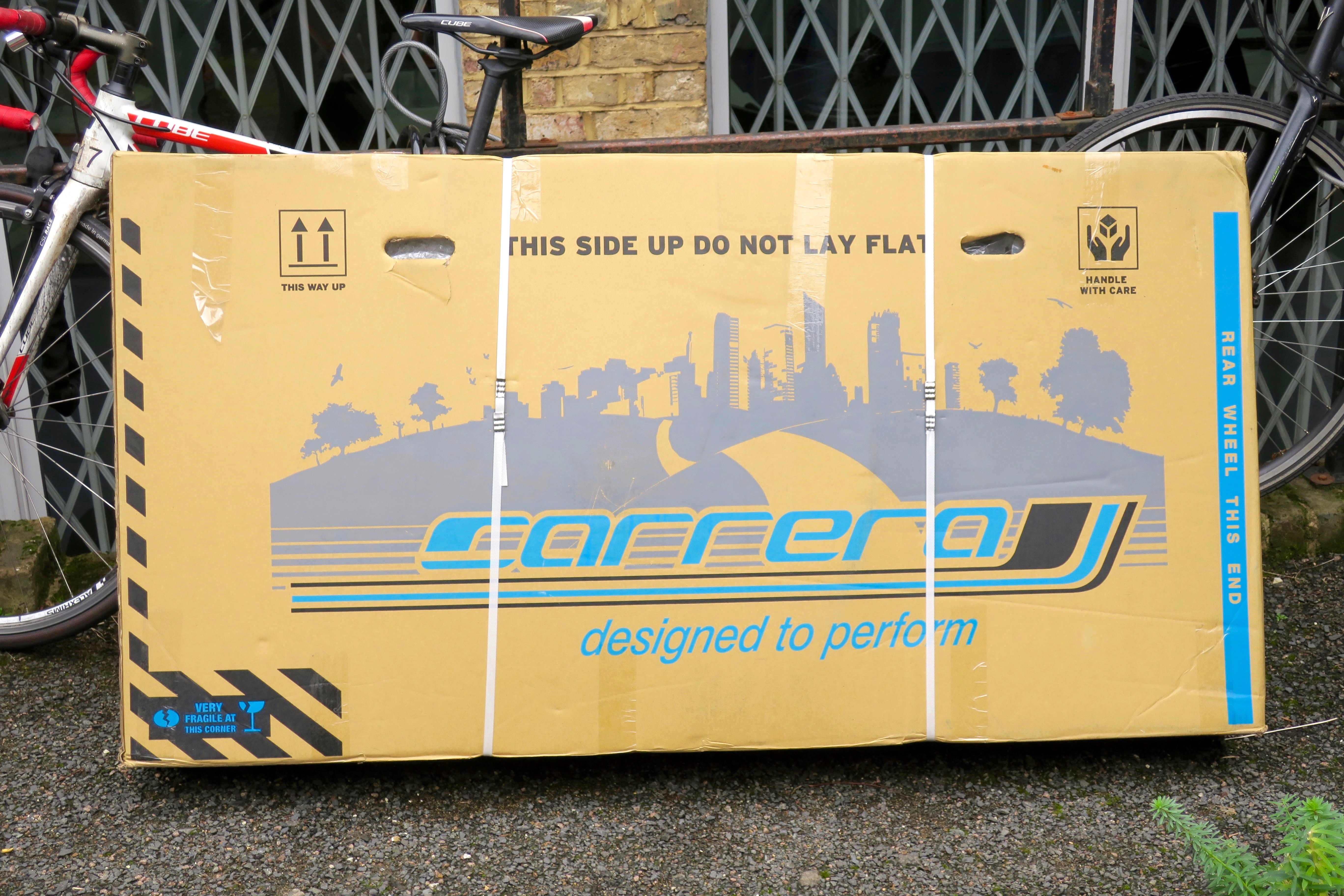 I’d forgotten to mention it to the others, and I wasn’t there when it arrived. The courier who brought it to the gallery said he was delivering a bike. When I arrived later Kai was convinced that an unknown benefactor had sent her a brand new bicycle. She was only slightly disappointed when we found there were paintings inside. “And that is what it is, all of my work distilled into a handful of bike rides.” 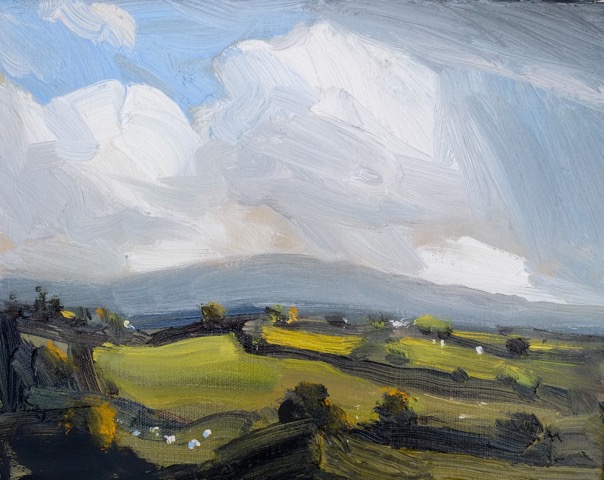 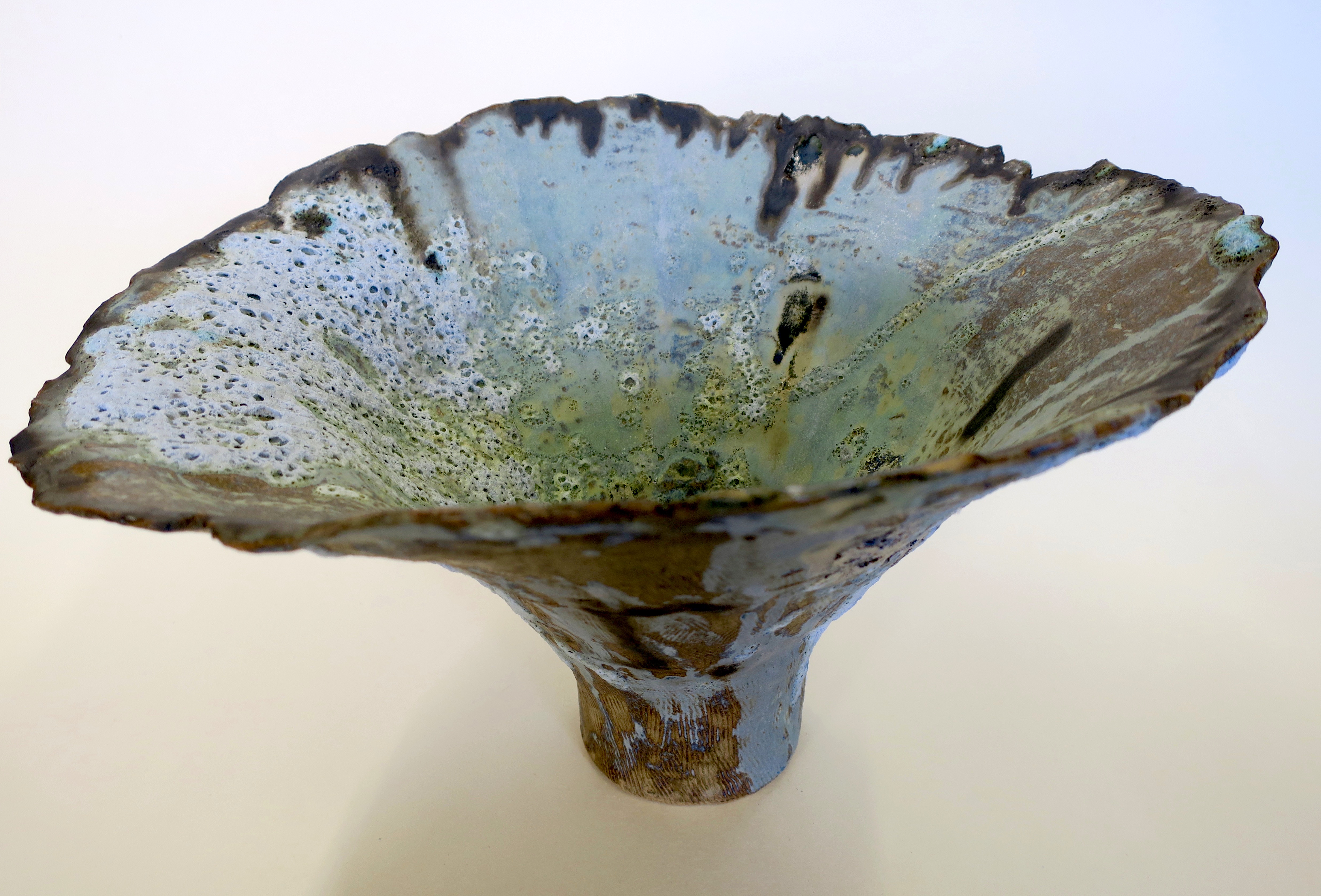 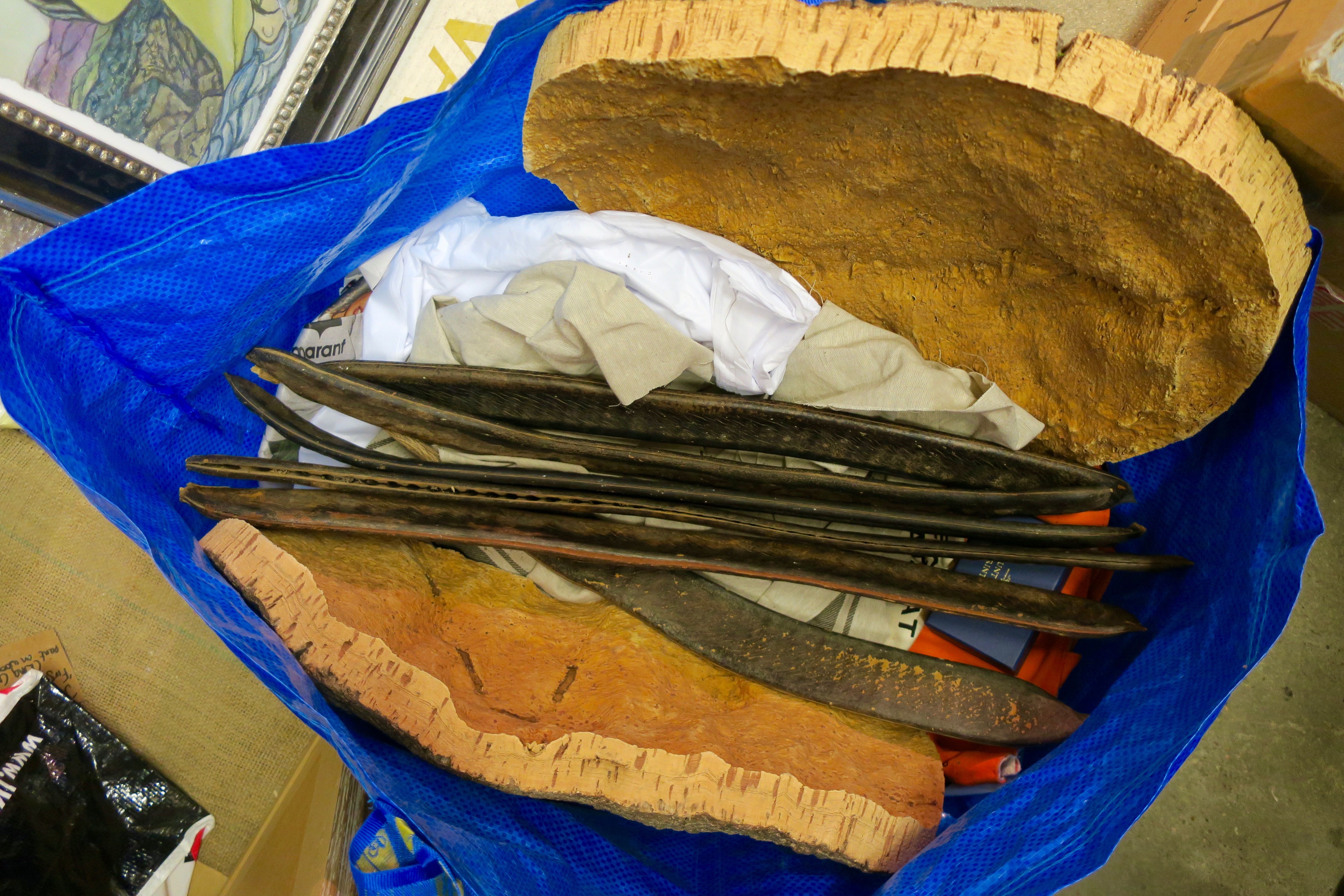 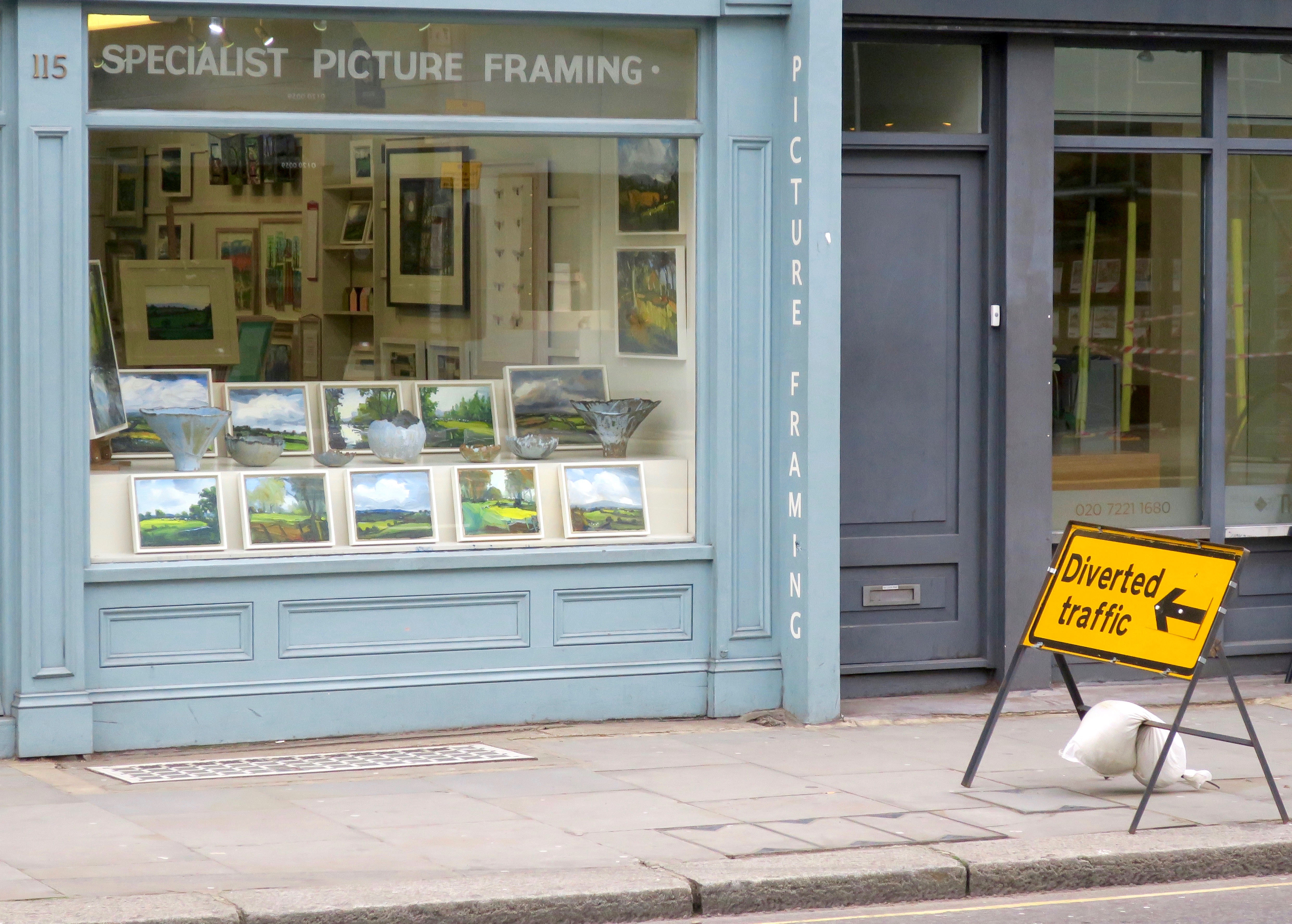 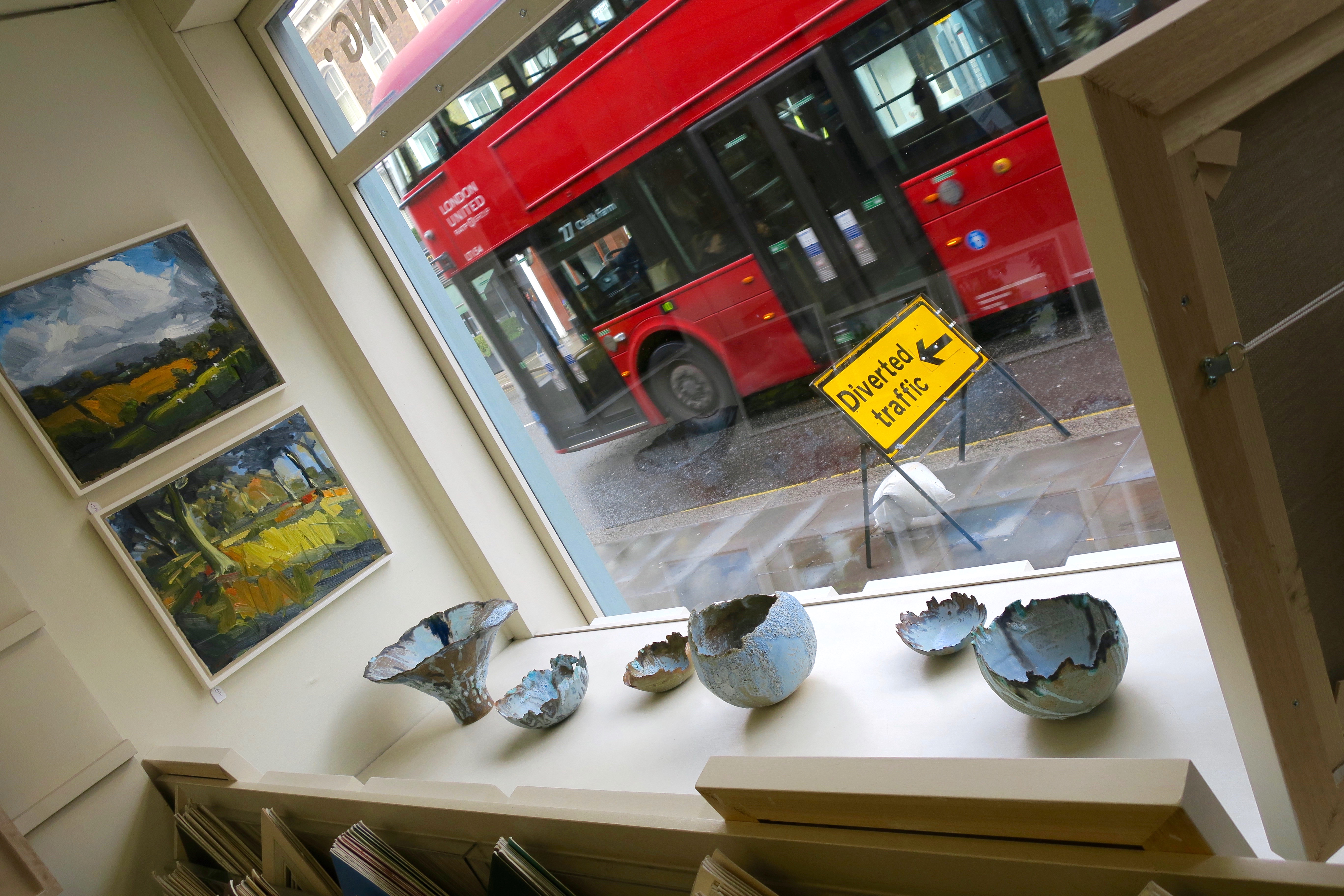