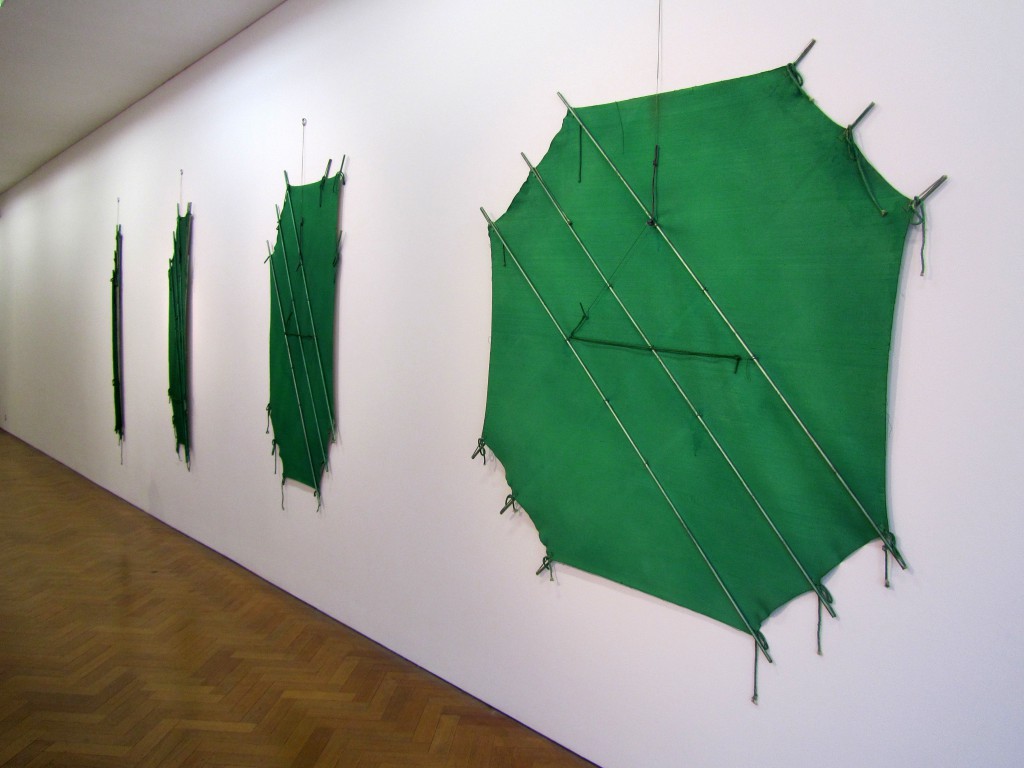 Last Saturday, as a break from Christmas shopping and to escape the hectic West End crowds, I found a few moments of calm at the Gimpel Fils gallery amongst these wonderful Richard Smith paintings. The exhibition is called Kite Paintings and includes a group of rarely seen works from the 1970s, with canvas stretched on aluminium poles, recalling tents and sails as well as kites. 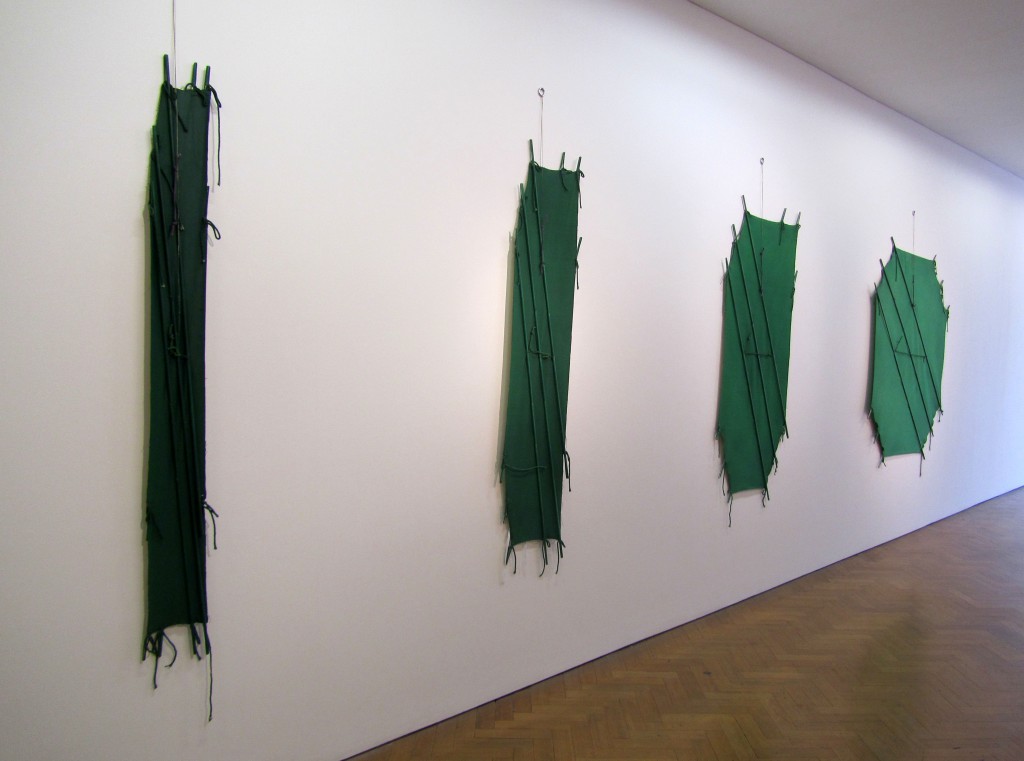 This group of four is called The Pod. At the time Smith made paintings that hung together in series along a wall, or overlapped, or stacked, or suspended from the ceiling. They were always dynamic. There was an exhibition at the Tate Gallery in 1975 called Seven Exhibitions 1961-75 which was hugely influential. As an art student it inspired me to look for new ways to stretch canvas for painting, with varying degrees of success, none as elegant as these. 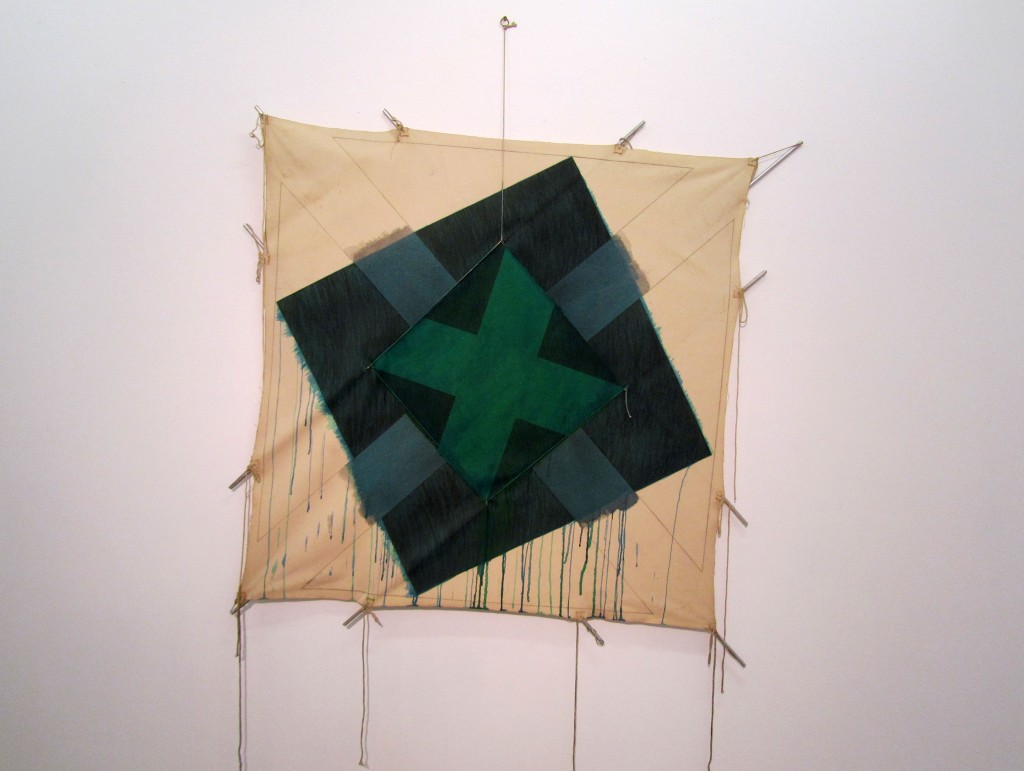 They have survived remarkably well. There’s a familiarity like meeting old friends. Perhaps because I’d not seen these particular paintings before, they remain fresh and uncontaminated by nostalgia. It would be interesting to see a bigger show, but maybe that’s just being greedy. This will do for Xmas. 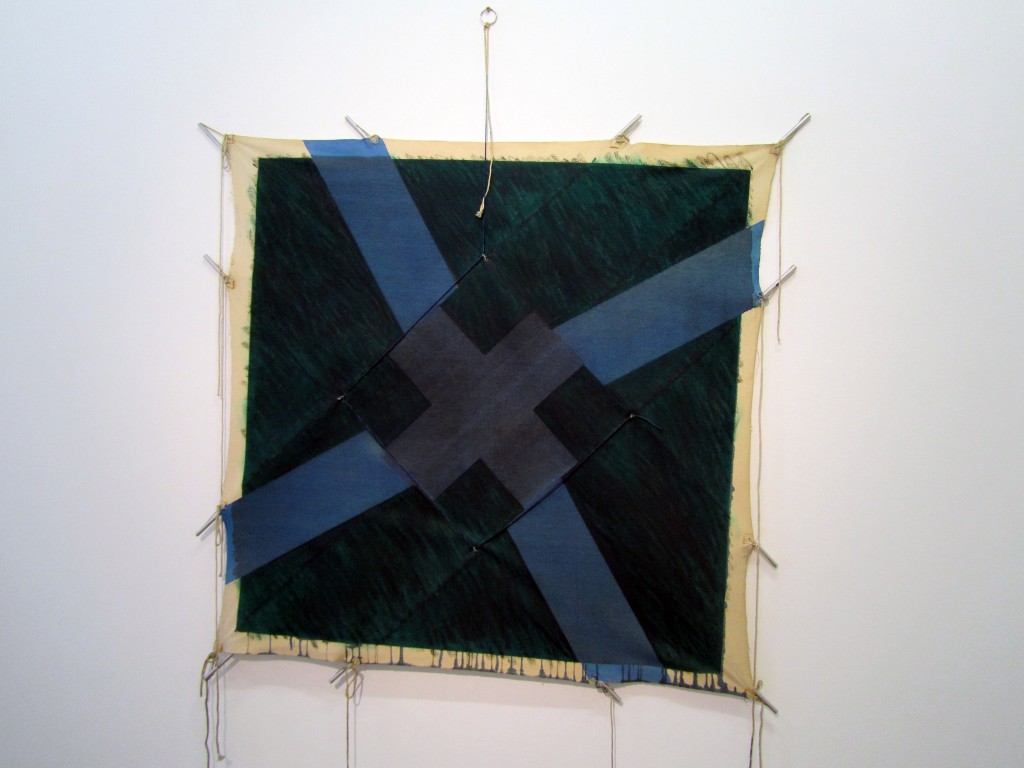