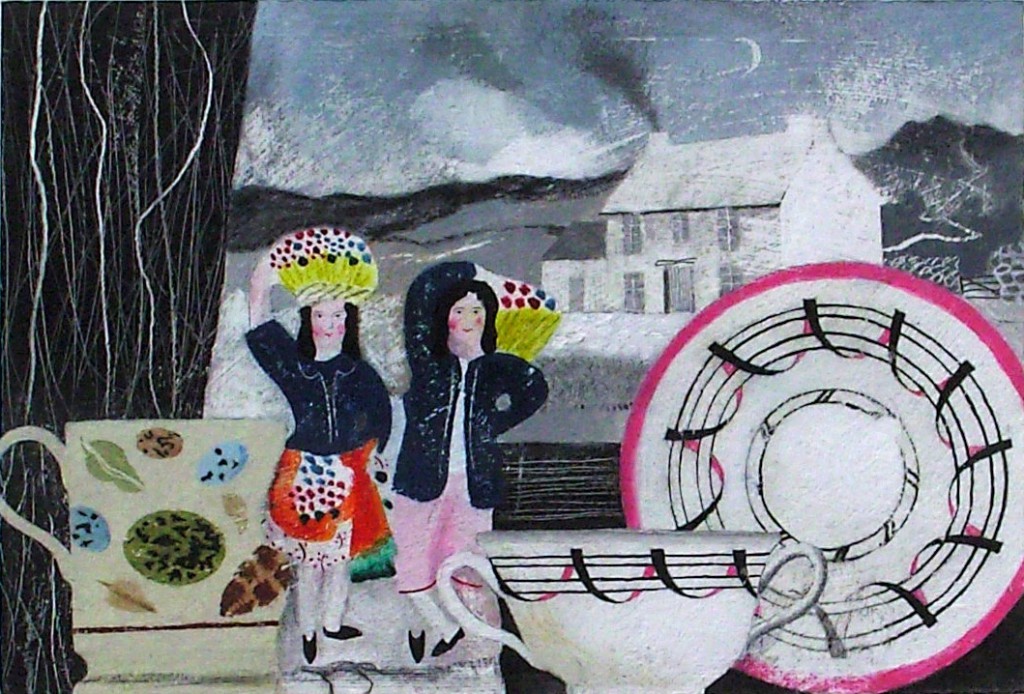 Every so often Jonathan Christie brings us a few new pictures. Never too many and never too often so consequently each new arrival is always eagerly anticipated. This time he brought Ghost House, a painting of a stone cottage so thickly covered with whitewash it appeared to glow in the dark. It also happens to be on Strumble Head, like Paul Finn’s earlier lithograph. 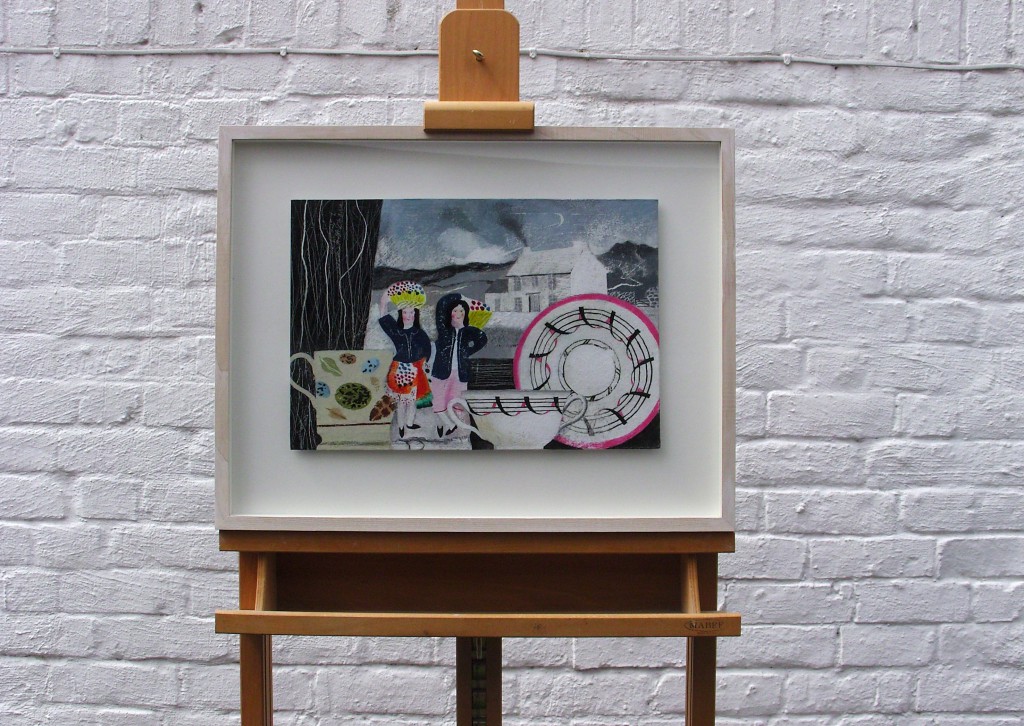 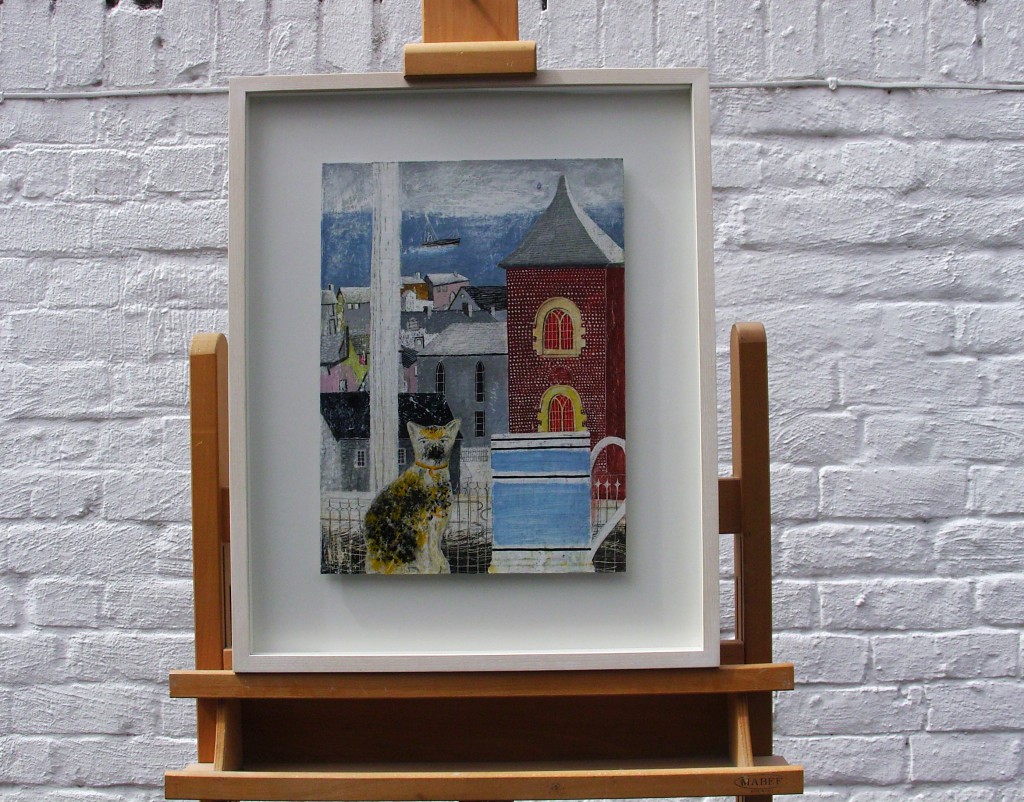 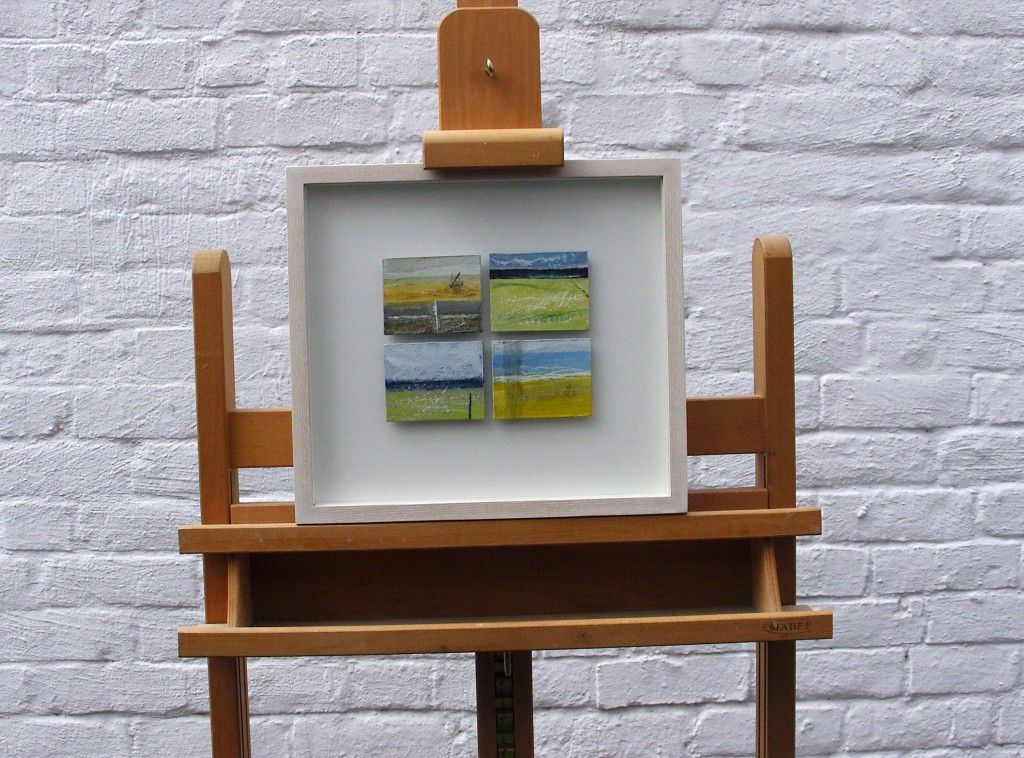 But unfortunately it’s a temporary visitor, just passing through on its way to A Collector’s Exhibition in Aldeburgh. Jonathan brought it to us for framing, along with You Sailed Your Boat, a rooftop view of St Ives and Four Sea Interludes, four scene changes from Benjamin Britten’s opera Peter Grimes. The exhibition is subtitled Artists’ Voices and is scheduled as part of this year’s Aldeburgh Festival celebrating Britten’s centenary. 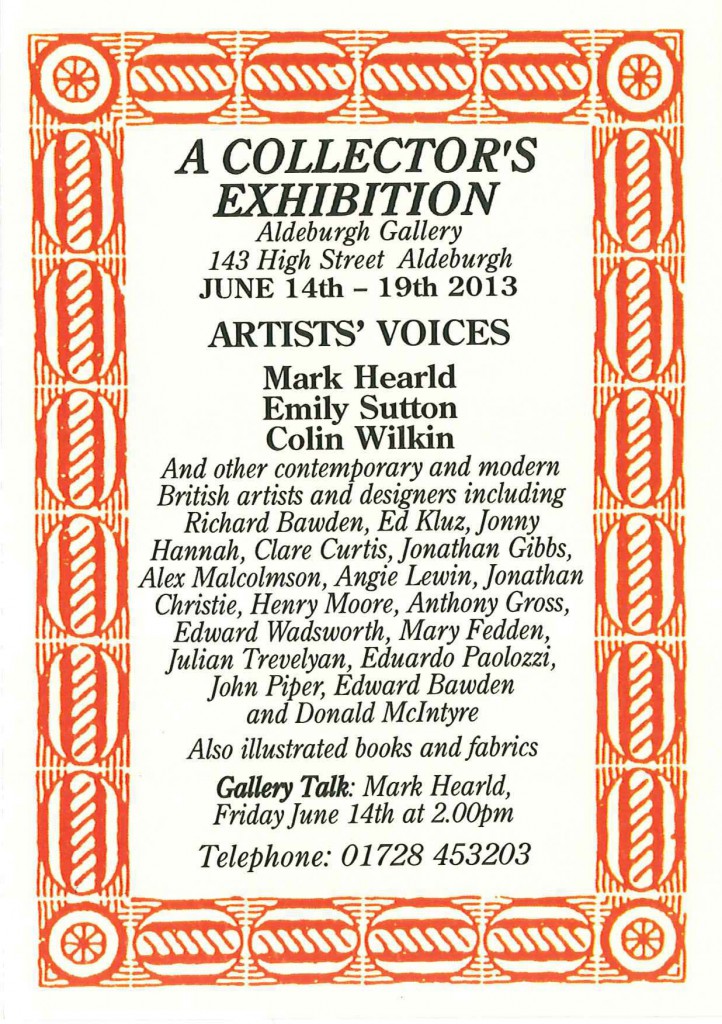