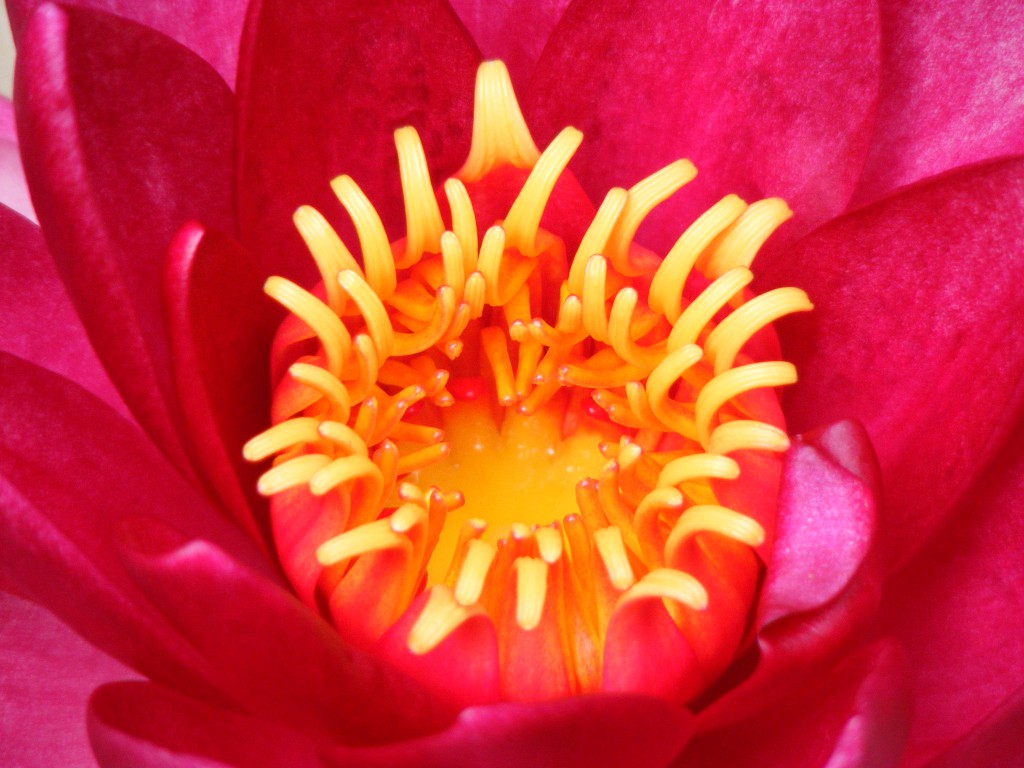 My water lily seems to be enjoying the wet August weather and has put on twice as much growth as usual. This latest bloom reminds me of a sea anemone. 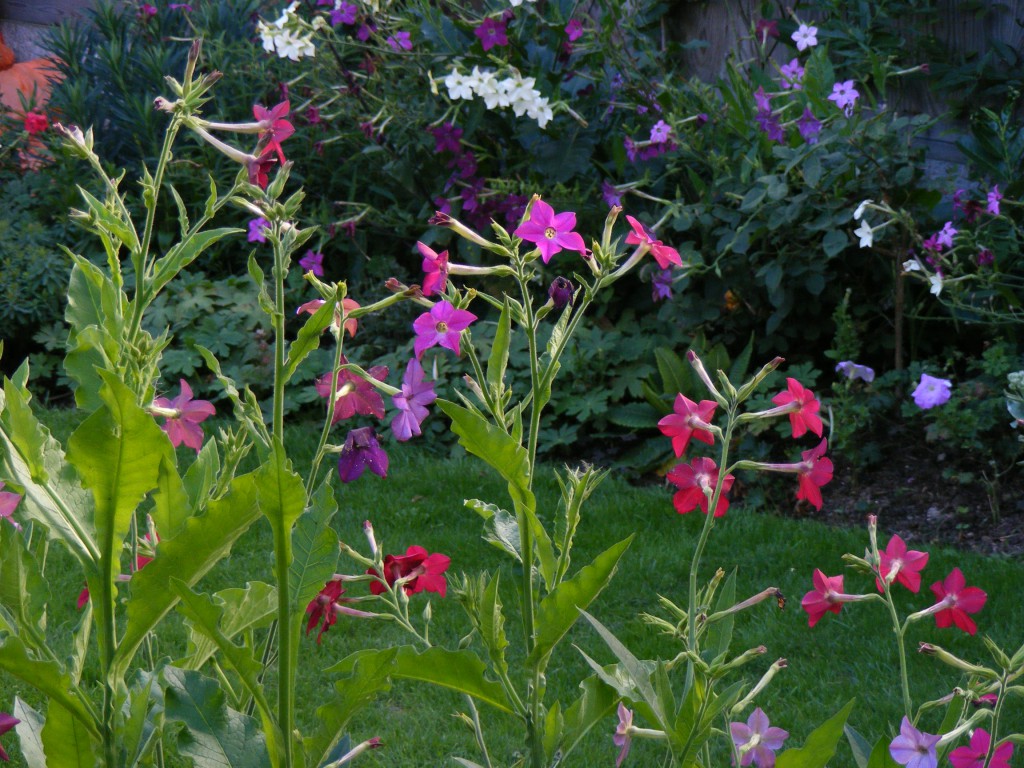 Browsing through my photos on the computer I came across this rather lovely snap of tobacco plants from August 2010. This year’s crop has been a bit of a washout so I’ve included this to show what might have been, had we had a cracking good summer. 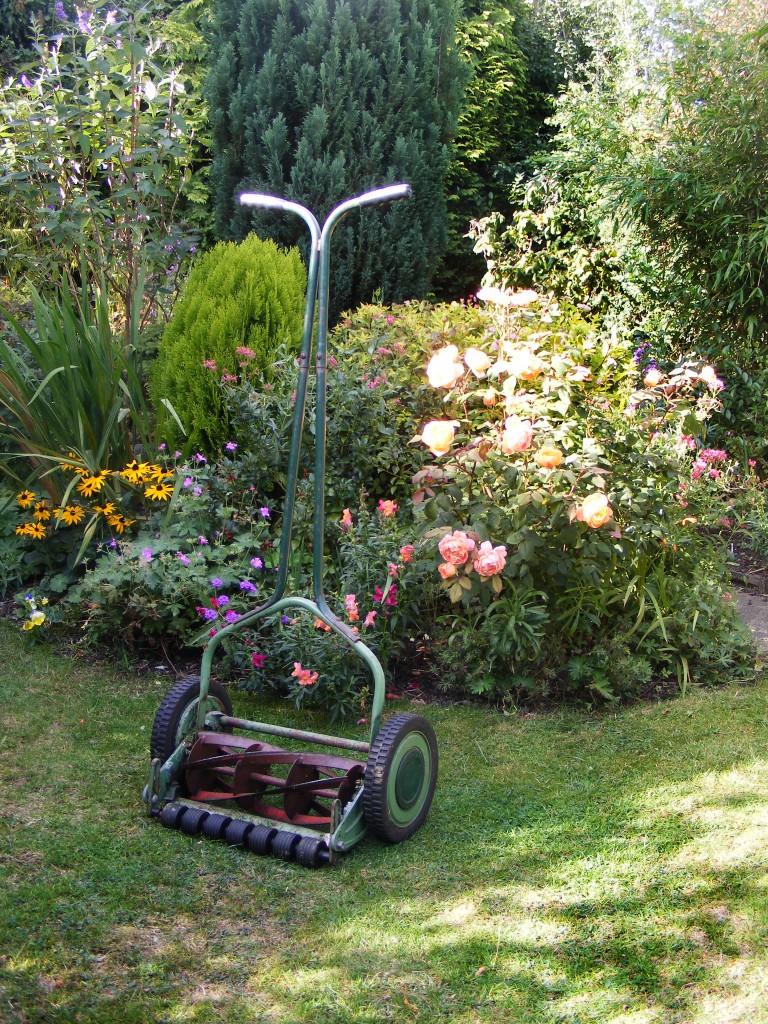 My electric rotary mower expired earlier this year. An elderly neighbour offered me her old push mower, as she had no use for it any more. It was intended as a stop-gap measure until payday, but I enjoyed using it so much that it is now firmly here to stay. There is something so tranquil about the sound of a push mower as the blades whirr round – no intrusive howl of an electic mower to shatter the afternoon’s peace. So the edges take a little longer to trim up – who cares? Gardening is one job definitely not to be rushed. 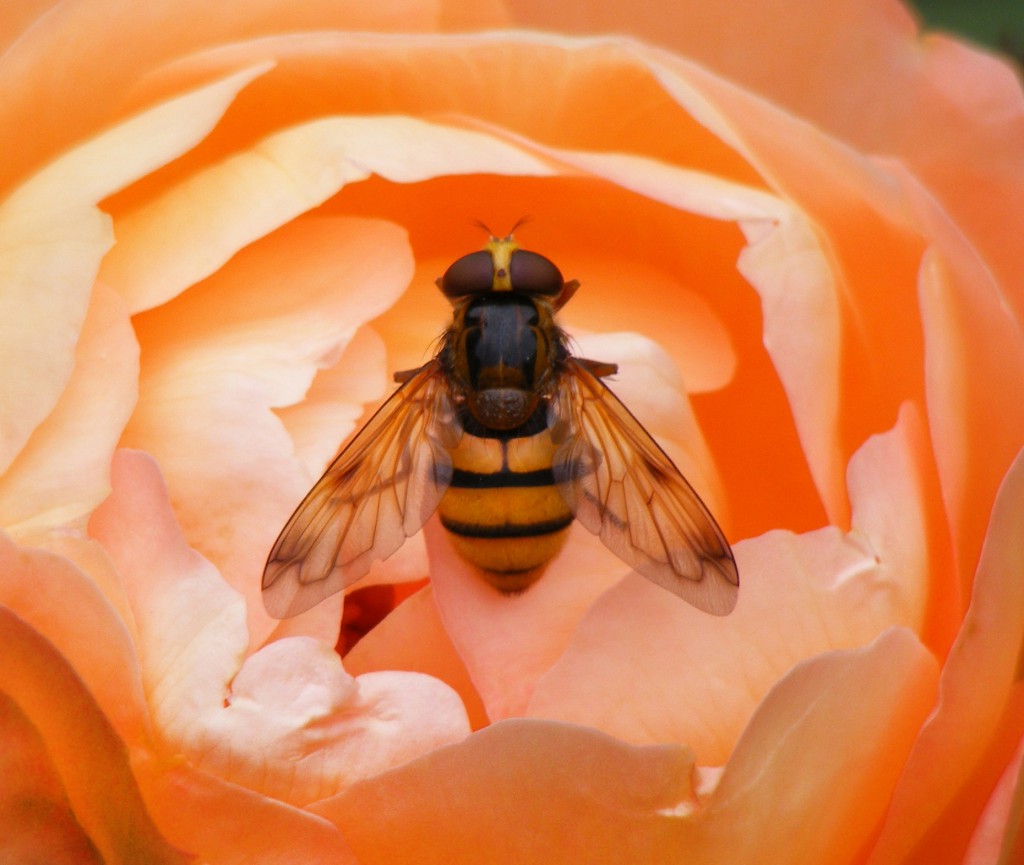 Let’s hear it for the flies

Is it a bee? Is it a wasp? No, it’s a fly. Flies are much-maligned insects, but many of this order are just as important pollinators as bees. Adult hover flies feed on nectar, while many of the species’ larvae eat aphids and other plant-sucking insects. While they look rather fearsome they are harmless, and mimic wasps to deter predators from having them for lunch. This handsome chap is Volucella zonaria, is the UK’s largest hover fly, and is perched on rosa ‘Lady Emma Hamilton’. 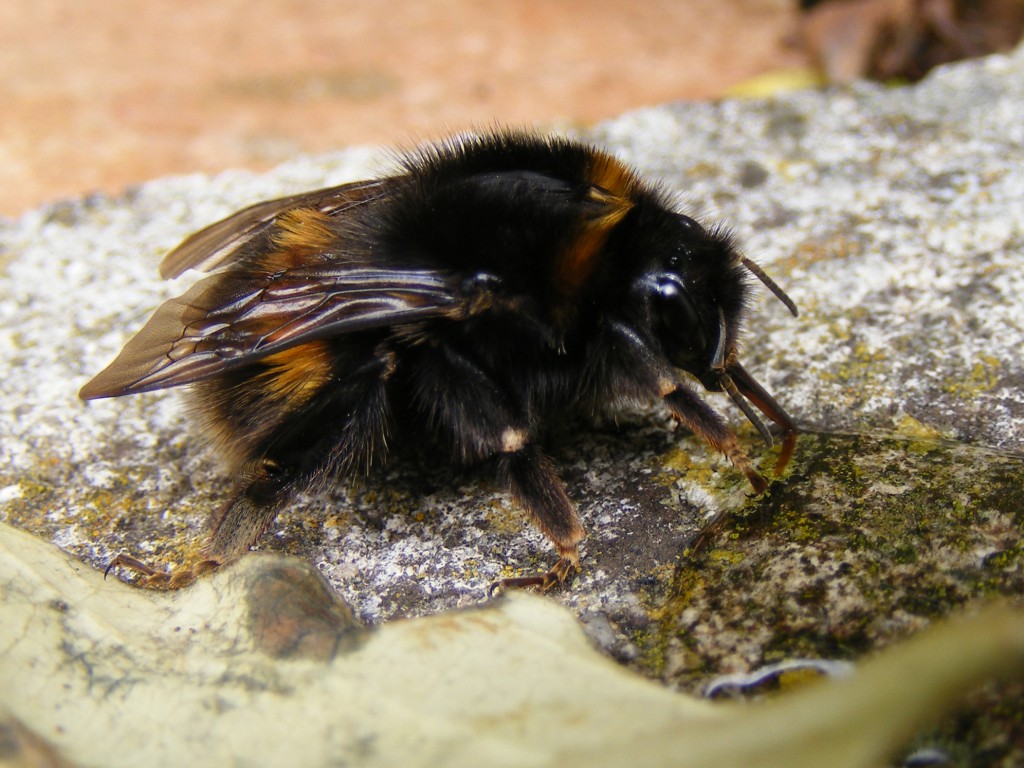 I found this buff-tailed bumblebee among the long wet grass today. As it hadn’t moved after about 20 minutes I picked it up and put in on the garden path. It appeared exhausted; thinking it might be cold and unable to fly (and find food) I mixed up a solution of sugary water and placed some next to it. The bee immediately started lapping it up with its long tongue and before long it started to move about a bit more. The sun came out; the bee waddled off purposefully into the undergrowth. This is more than likely one of this year’s queens going in search of a suitable nesting space to rear next year’s colony. The very best of luck to her.

6 thoughts on “An August Garden”