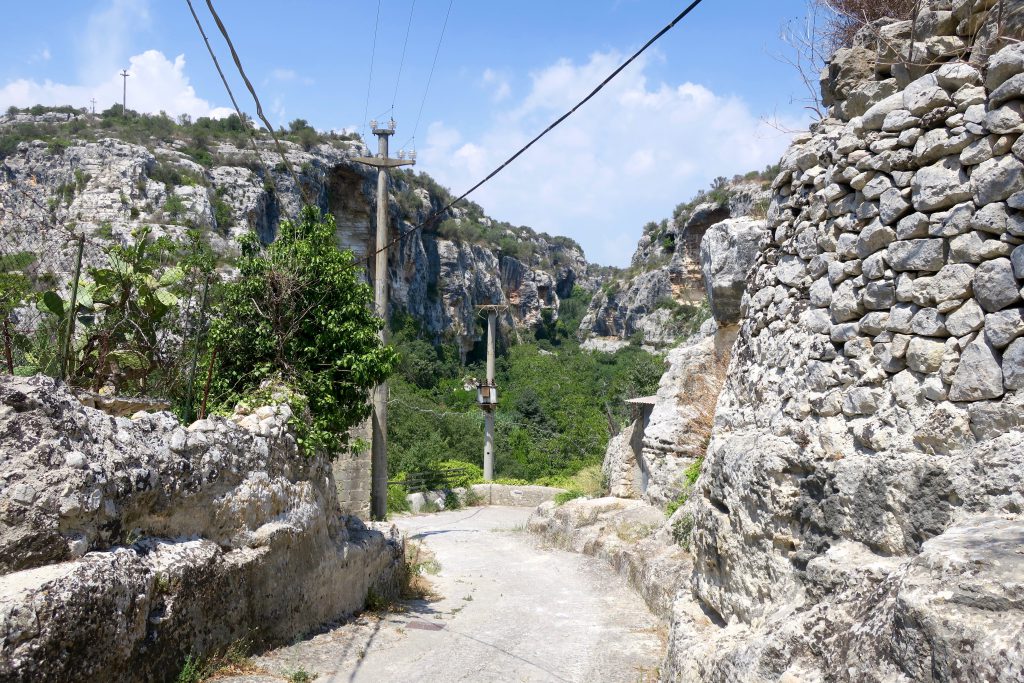 It was midday when we arrived in Ispica, the August sun was high and the streets were hot but the town was closed, the shutters were down and lunch was off the menu. It appeared unwelcoming but the guide book had promised much more – The small town of Ispica was rebuilt on its present site after the earthquake of 1693 destroyed the former town on the valley floor… The chalk eminence on which it stands is pierced with tombs and cave dwellings. These can best be seen in the Parco della Forza at the south end of the Cava d’Ispica… best approached from Ispica along Via Cavagrande. It has lush vegetation, water-cisterns, tombs and churches, all carved out of the rock, and a remarkable tunnel known as the Centoscale (‘Hundred Stairs’), 60m long, formerly used by people carrying water from the river to the town. END_OF_DOCUMENT_TOKEN_TO_BE_REPLACED