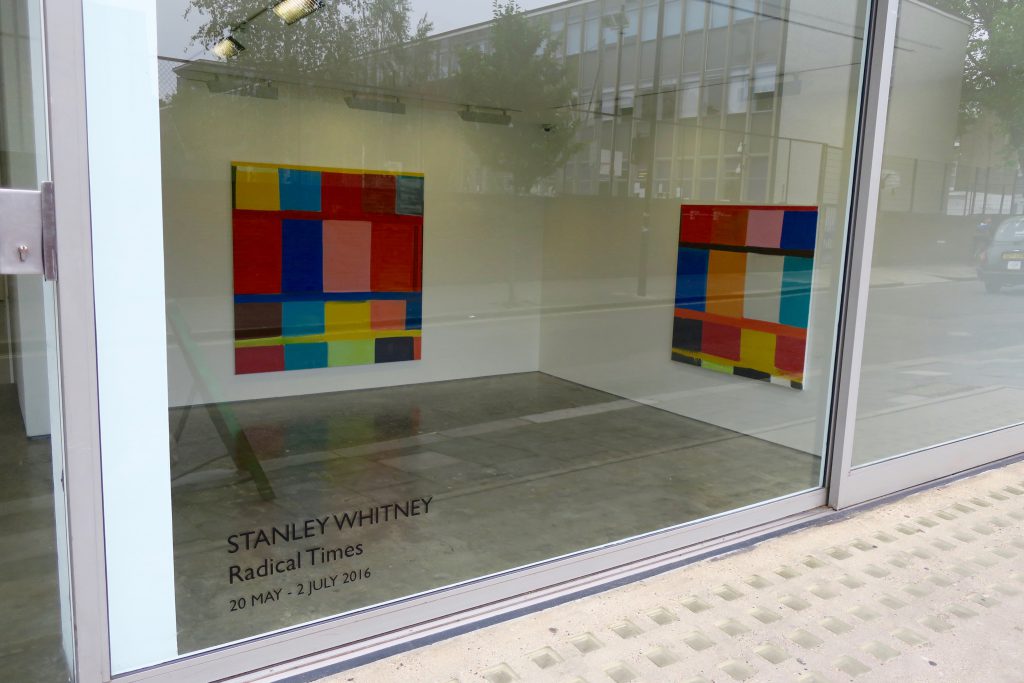 Radical Times is the title of an exhibition of paintings by Stanley Whitney at the Lisson Gallery. I walked here via Church Street Market, past the antique shops and the exuberant fruit & veg stalls. 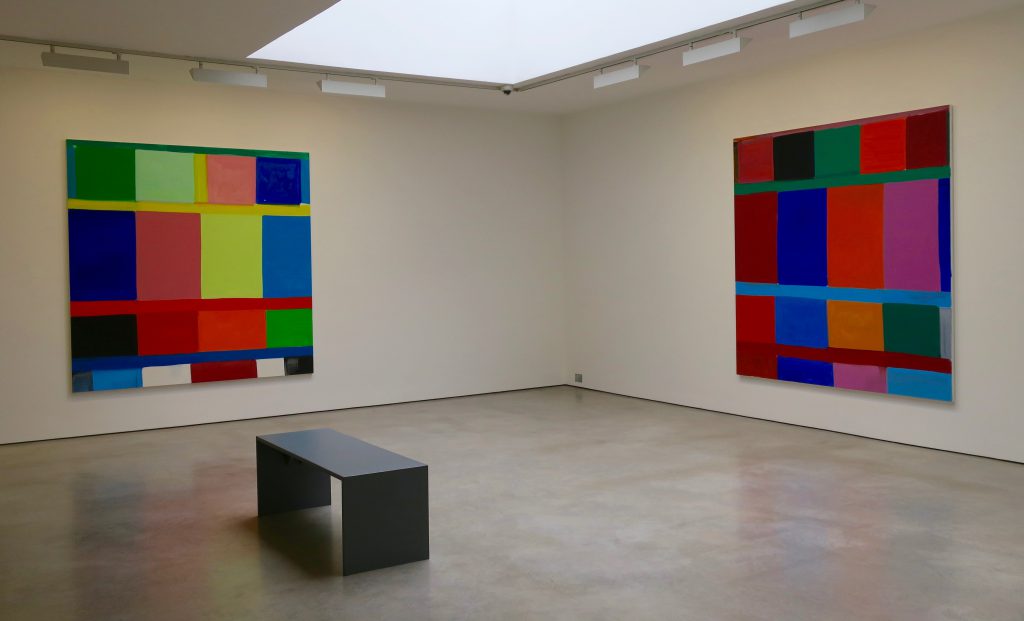 It’s a great show of life-affirming pictures that lift the heart and set the eyes dancing, bouncing from room to room in a joyful rush of colour and sing-song delight, like the proverbial kid in a sweet shop. 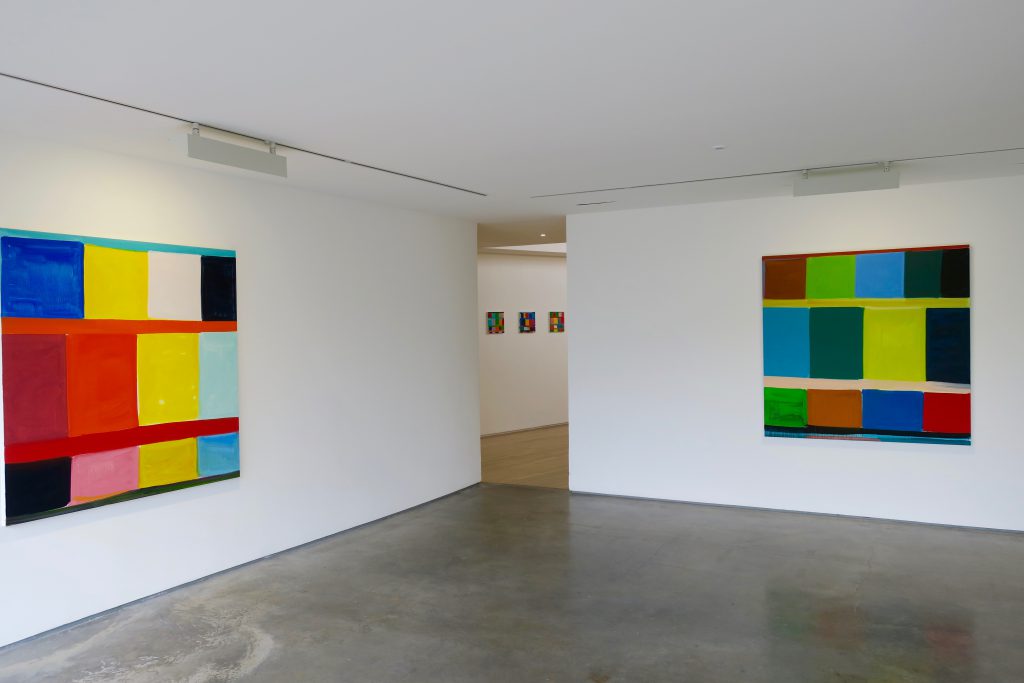 There are strong connections to music in Whitney’s work, from the performative ‘dance’ he enacts when working on each canvas, to the “call and response” technique that governs his decisions over neighbouring colours, mimicking the musical pattern of the same name. Examples of jazz and African music are often cited by Whitney as sources for his polyrhythmic, near-synaesthetic, all-over fields of paint, yet he is also indelibly tied to the history of painting and quotes as readily from Cézanne or Veronese as from Charlie Parker or Ornette Coleman. 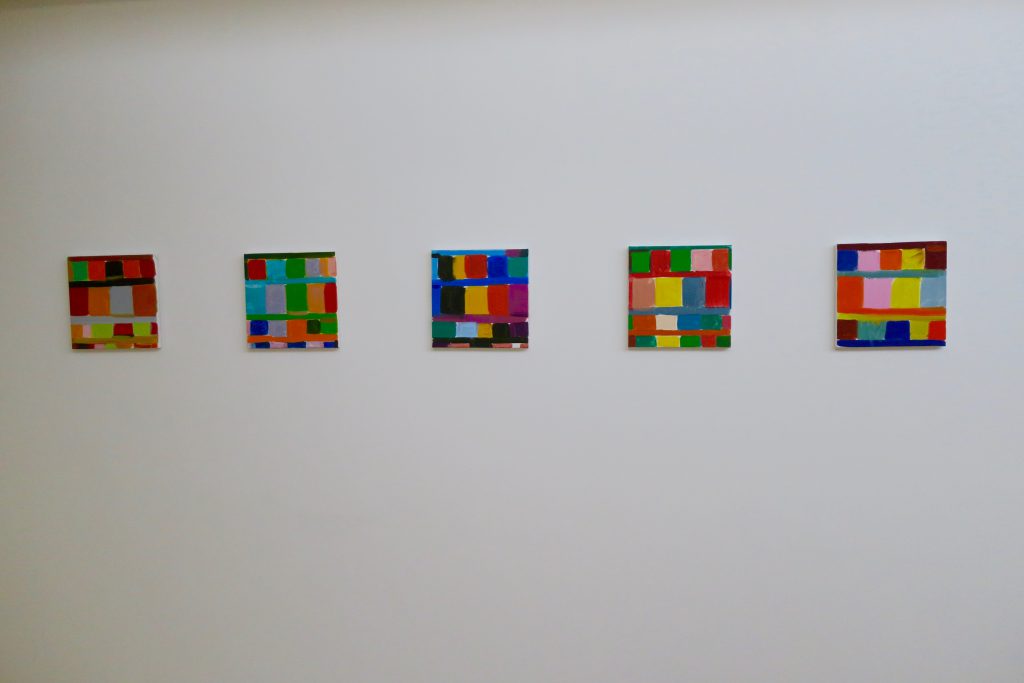 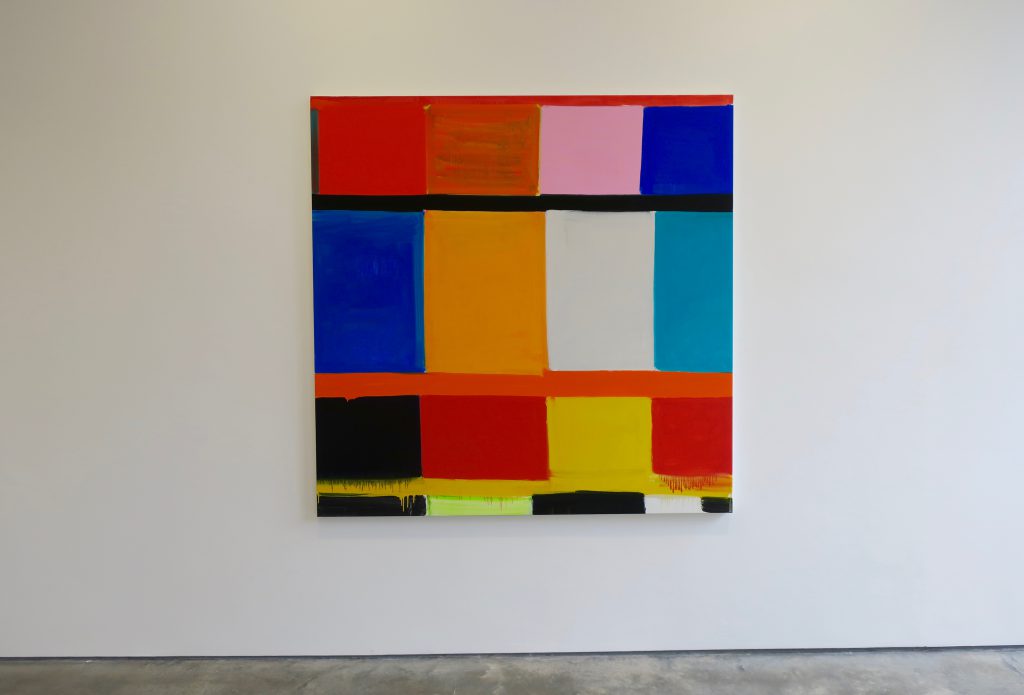 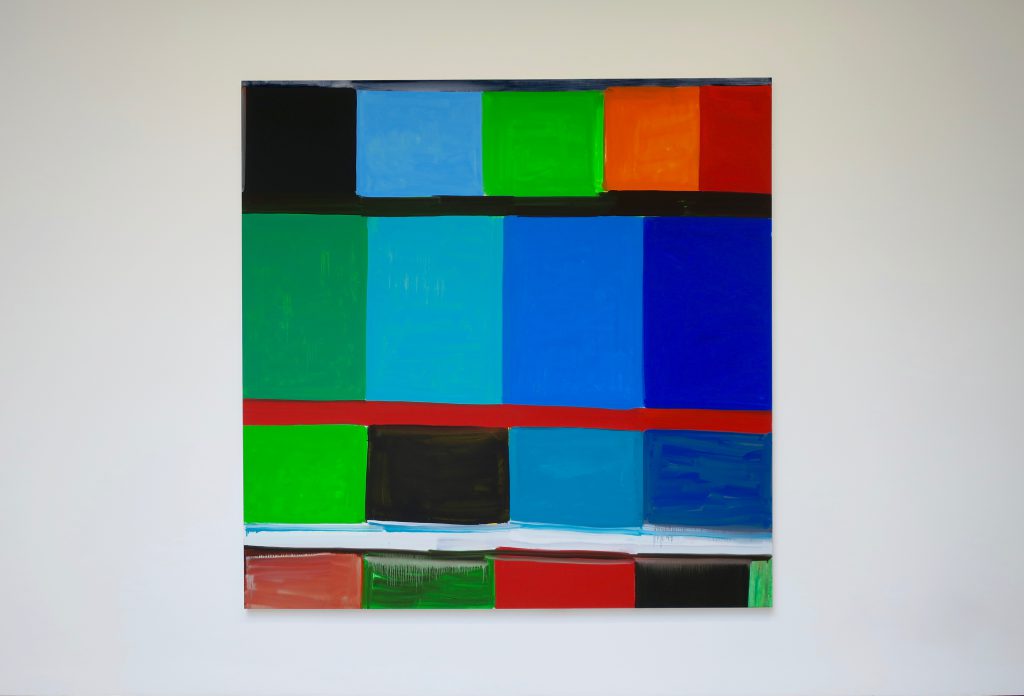 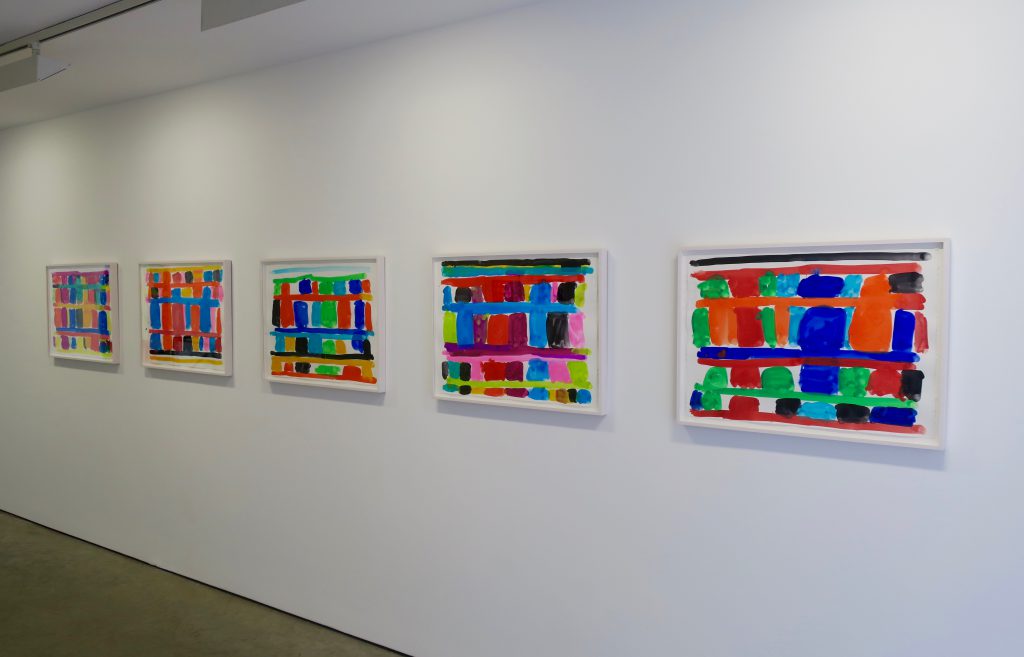 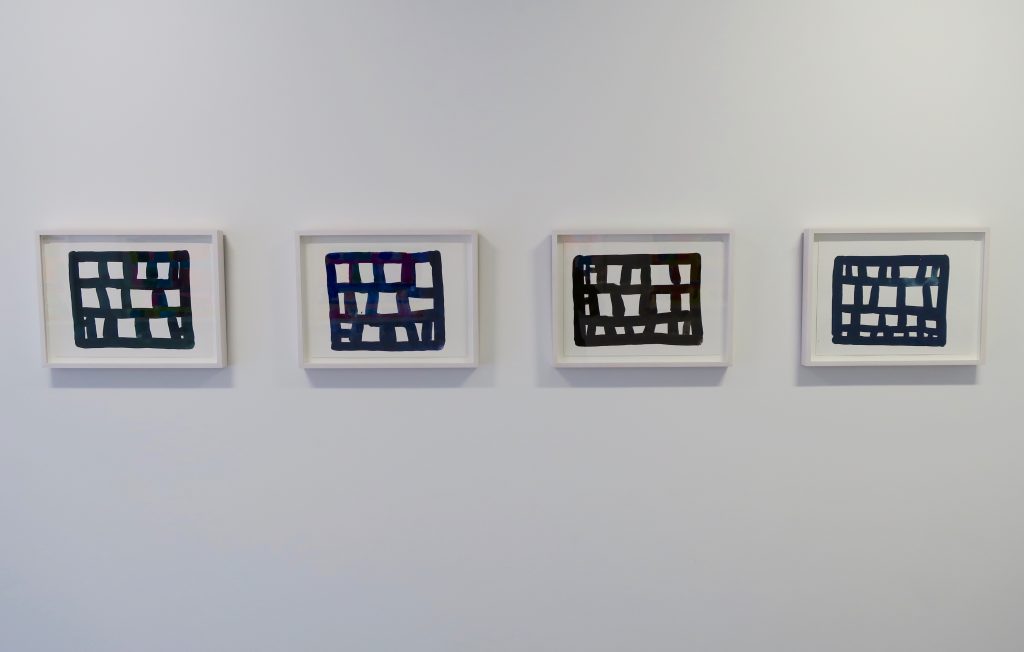 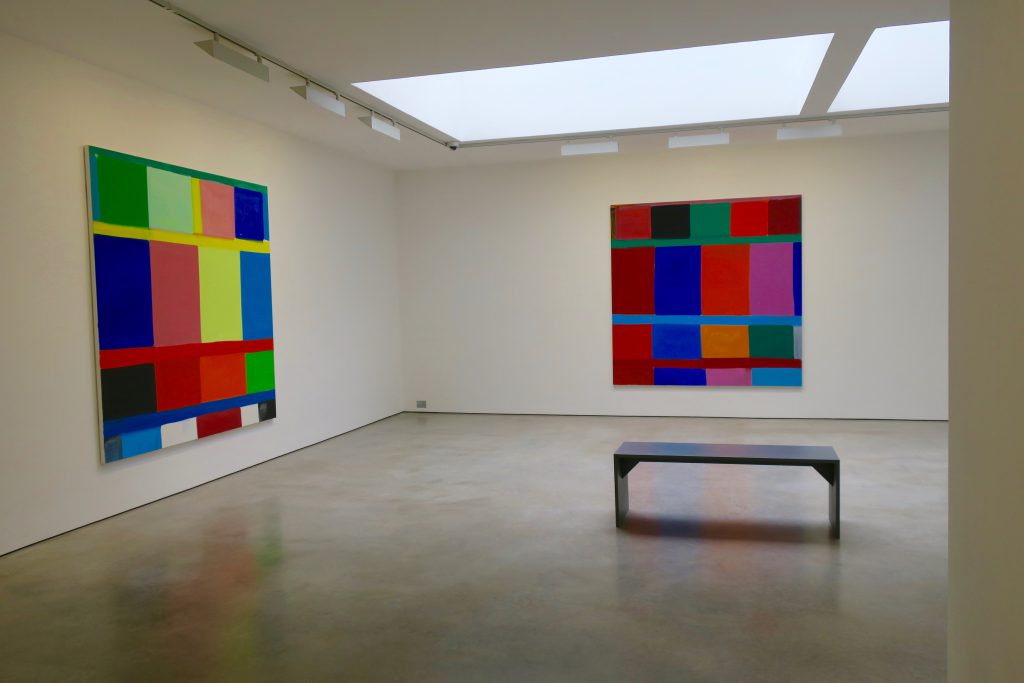 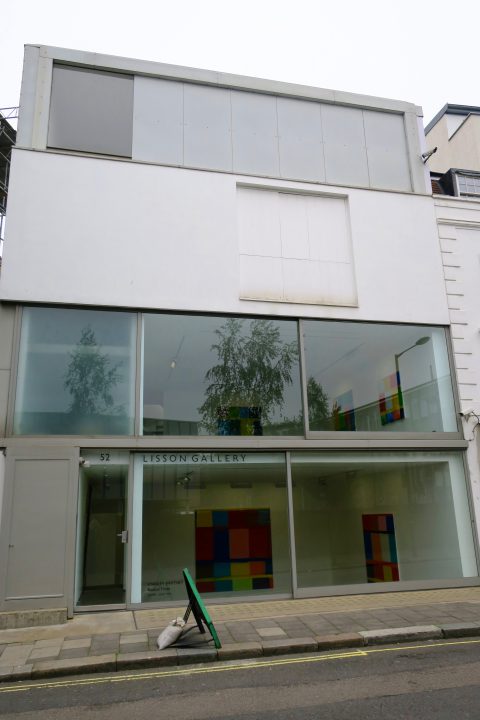 Outside, the front elevation of the gallery reflects the grid of the paintings within. 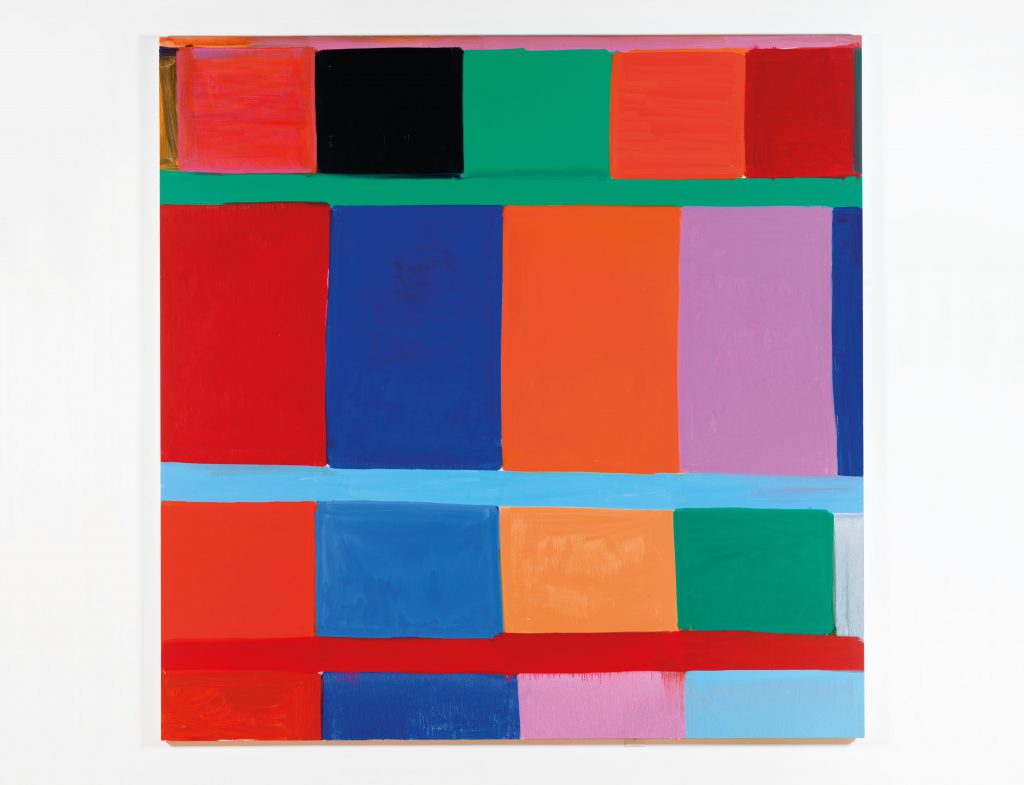 I see echoes of Sean Scully and maybe traces of Asante textile design, but I can’t stop thinking about those fruit & veg stalls. The boxes of colour arranged in unlimited combinations and permutations. 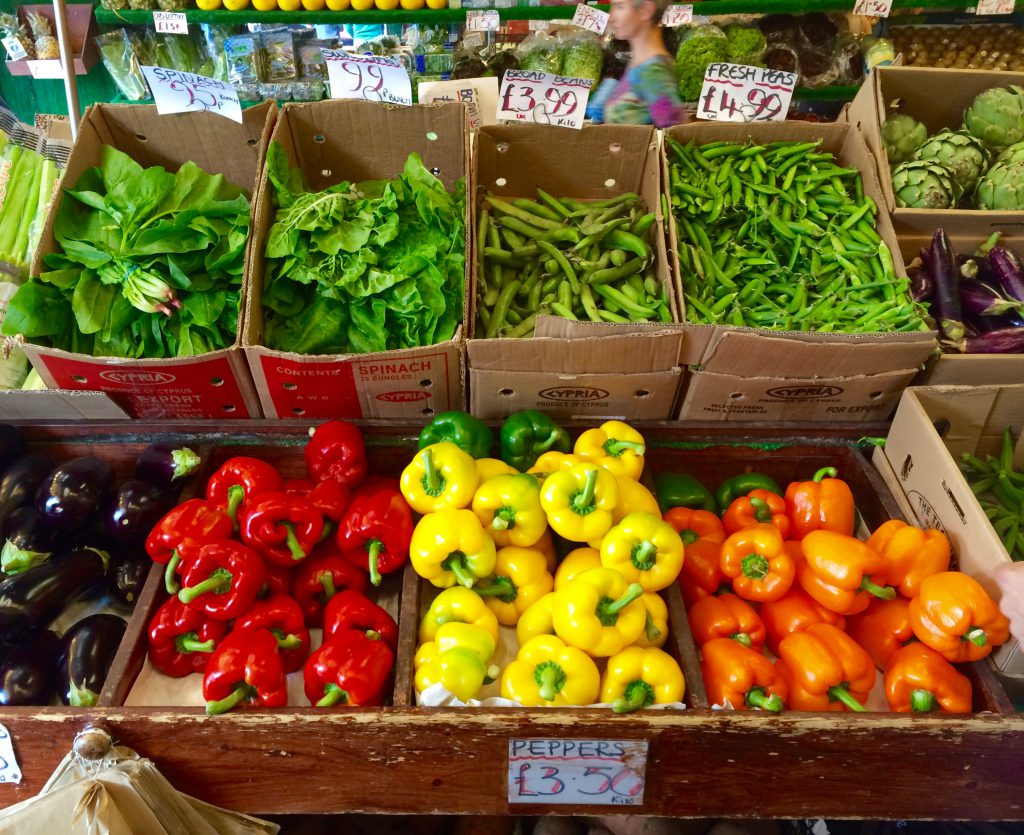 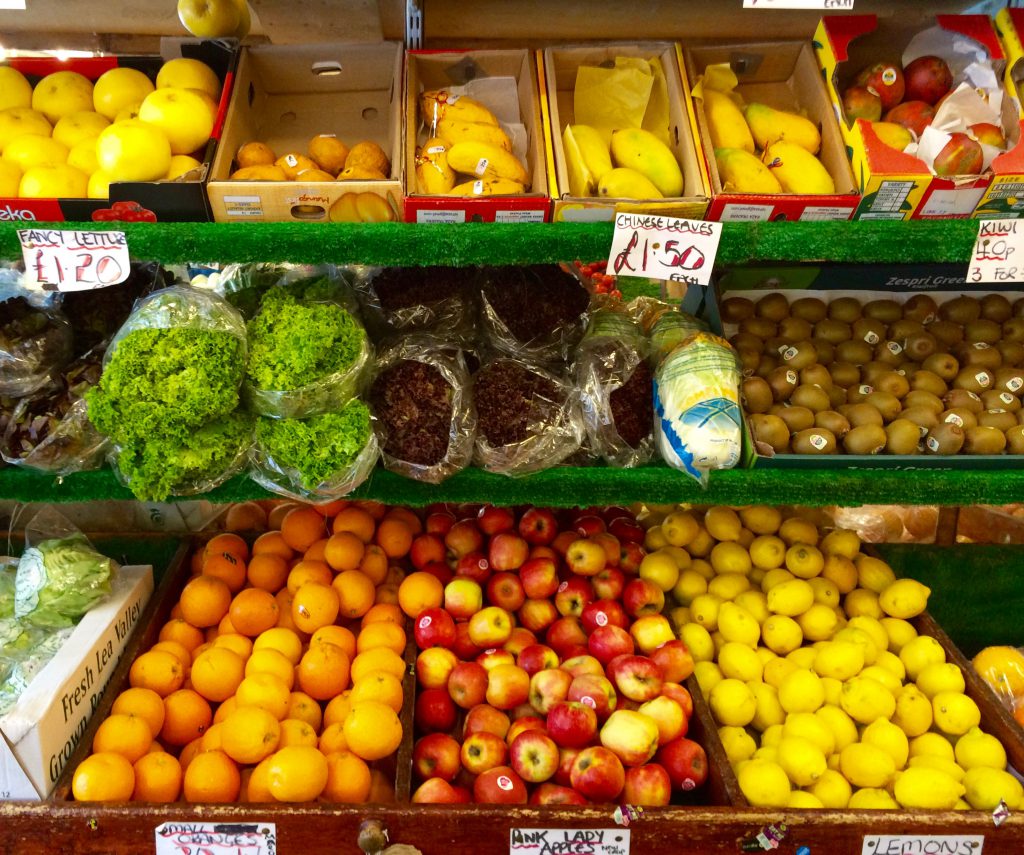 Whitney’s unique ordering system revolves around his use of a loosely painted grid, which he has experimented with in various ways over the course of almost three decades. Within this abstract structure, made up of coloured blocks and lines usually in three or more stacks, Whitney sets colours against one another to evoke harmonious or contrasting relationships. The differing transitions and boundaries between these coloured elements allows Whitney to play endlessly with an infinite number of possible configurations, while the relative density, transparency and blurring of his rectangular shapes can also make or break the final composition of each work. He refers to this process of painterly tessellation as a form of continuous refinement akin to an athlete training to stay in shape – perhaps the truest definition of an artistic ‘practice’. 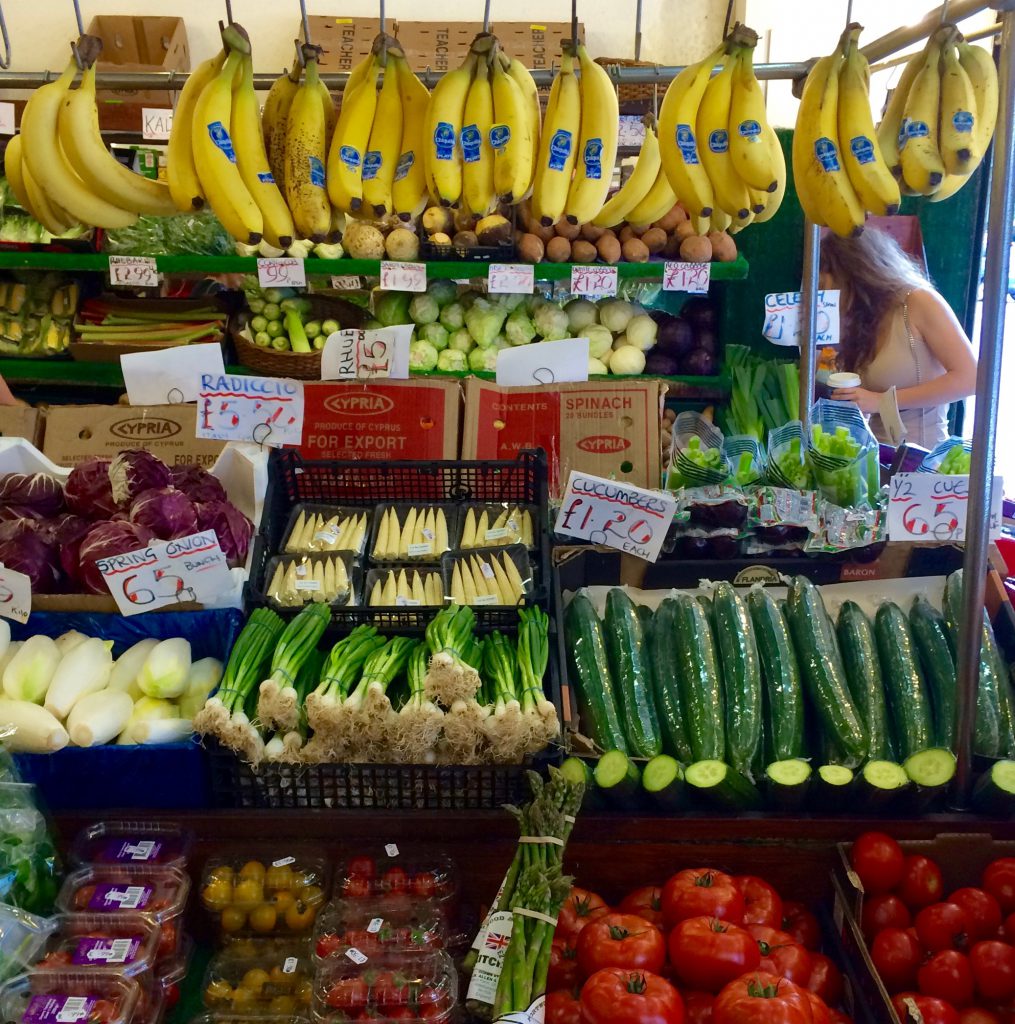