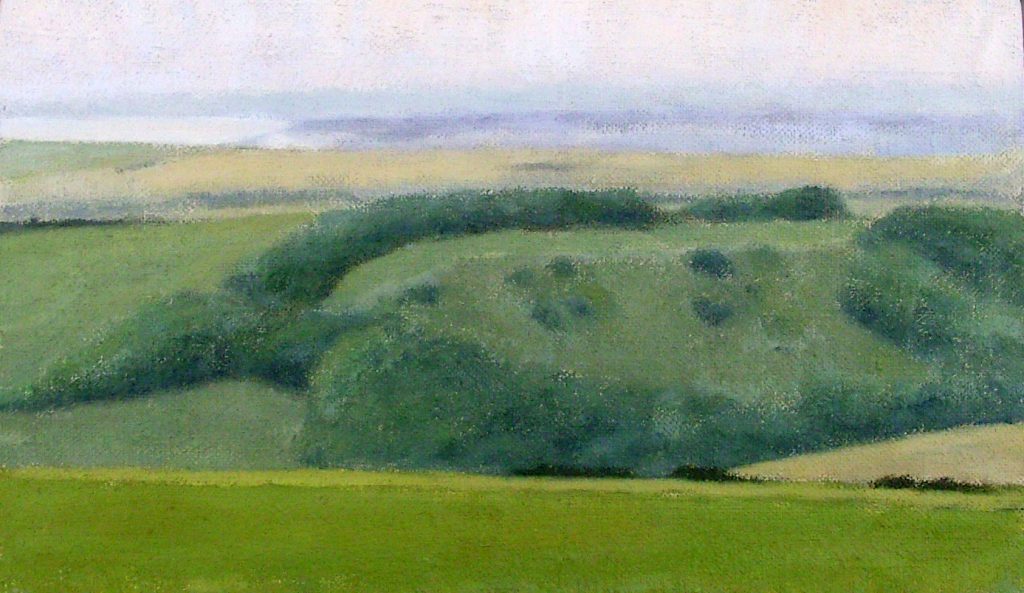 This series of landscape works has been painted entirely on location. They are a direct response to what I saw and the experience of being in the landscape. I have always worked from direct observation and never seen the point of working away from the subject matter. That is because I do not paint pictures of things, I make studies.

The satisfaction I derive from painting is from the experience of observing and the struggle to achieve a successful outcome. This experience is a kind of meditation in which I become so absorbed in the creative process that the paintings evolve with a slow spontaneity. The depth of that experience seems to determine the success of the painting that remains. I use measured drawing and paint a record of the subtle transitions of tone and colour to render forms to appear solid and create illusions of spatial depth. This is a method I practised in early attempts at painting from objects and working ‘plein-air’ and developed much further when I was a student at the Slade studying in the life rooms, which were at that time being run by Patrick George and Euan Uglow. It was from my years there that I learned to not hurry a painting and to give it the time it requires. Rather than capturing the moment, as the Impressionists and their followers tried to, my paintings serve more as a record of the prolonged time spent observing the landscape. That is usually several weeks and often I return in subsequent years.

The South Downs were what inspired me to begin painting when I was a teenager growing up in Sussex. I have continued to paint from landscape ever since and after living and working as an artist in London and the Northeast of England, I returned to live in Sussex to be close to what is a favourite subject and an original source of inspiration.

For me it has always been the subject that is the inspiration and not the art world.

My time is divided between painting in the landscape and studio based still life and figure paintings. I also teach drawing, painting and printmaking classes at The Heatherley School of Fine Art in Chelsea. 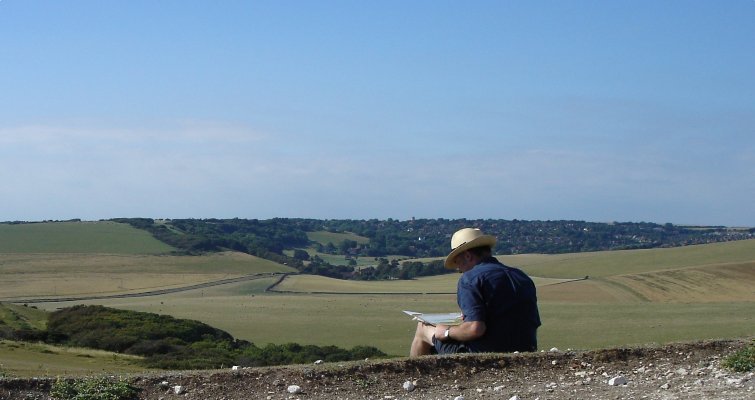 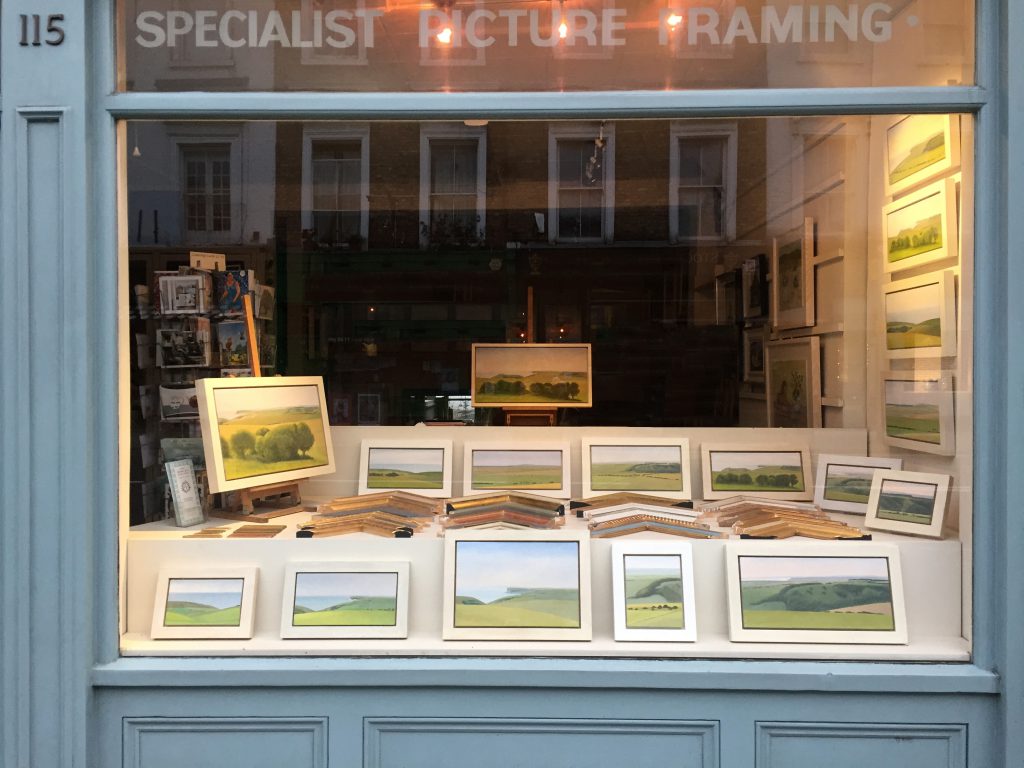 Downland Landscapes
Paintings by David Stubbs in the window of The Rowley Gallery until 9th July 2016.