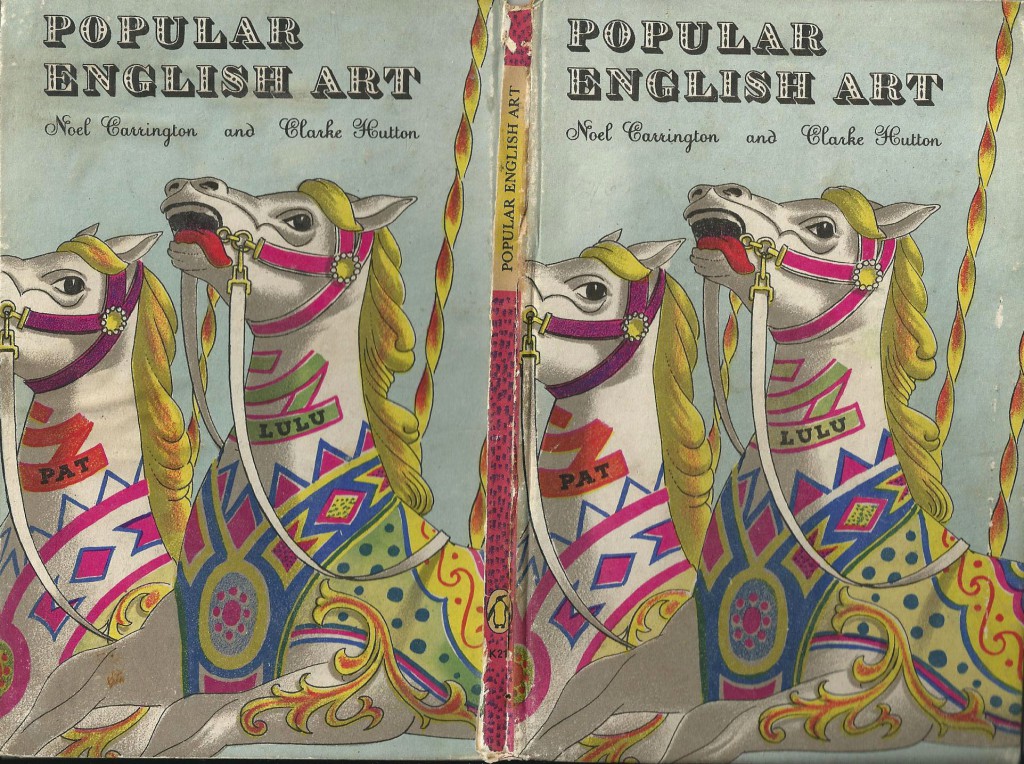 This is another of Evelyn Hallewell‘s books. It’s a celebration of vernacular art, published in 1945. It was an attempt to rehabilitate a popular culture which was seen to be endangered by classical taste and mechanical reproduction. 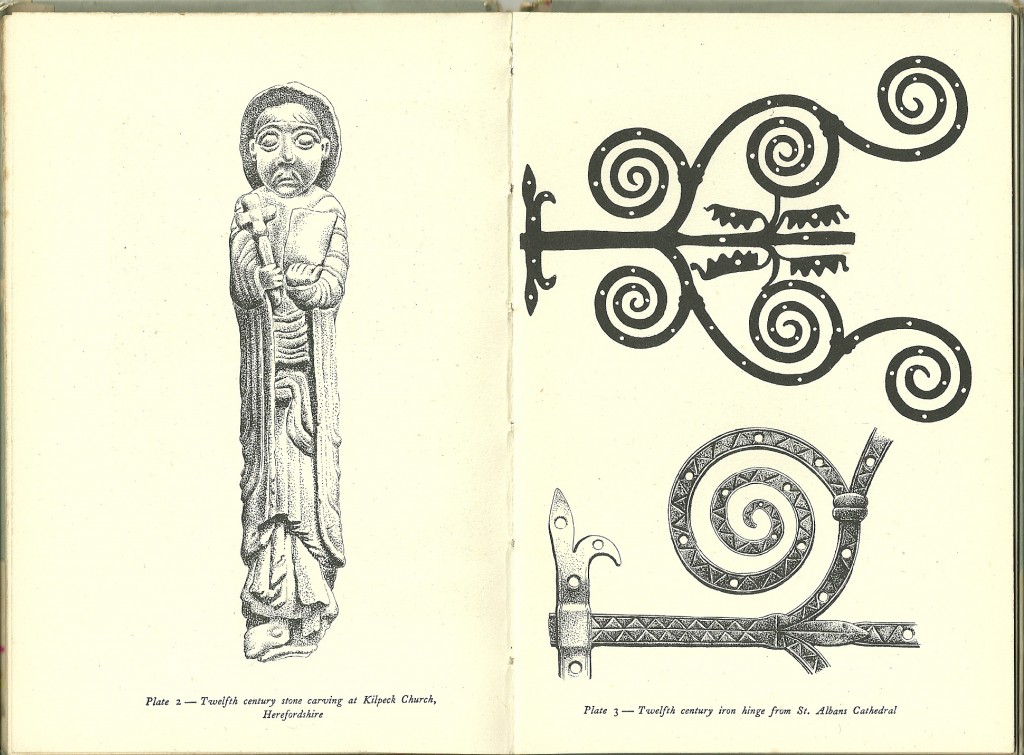 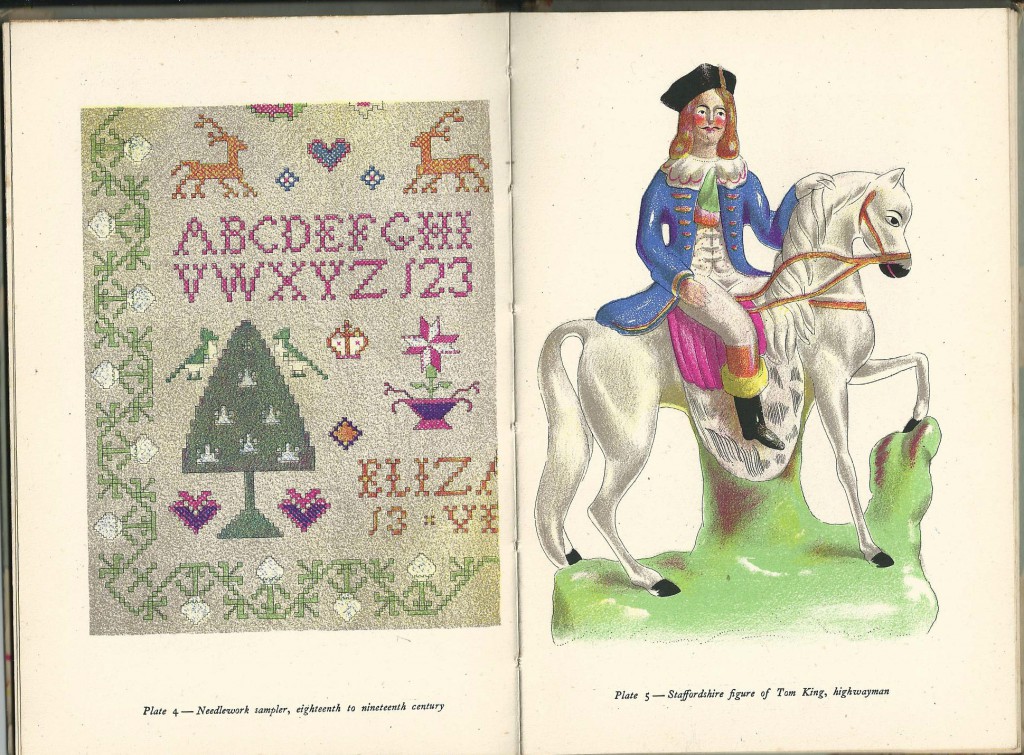 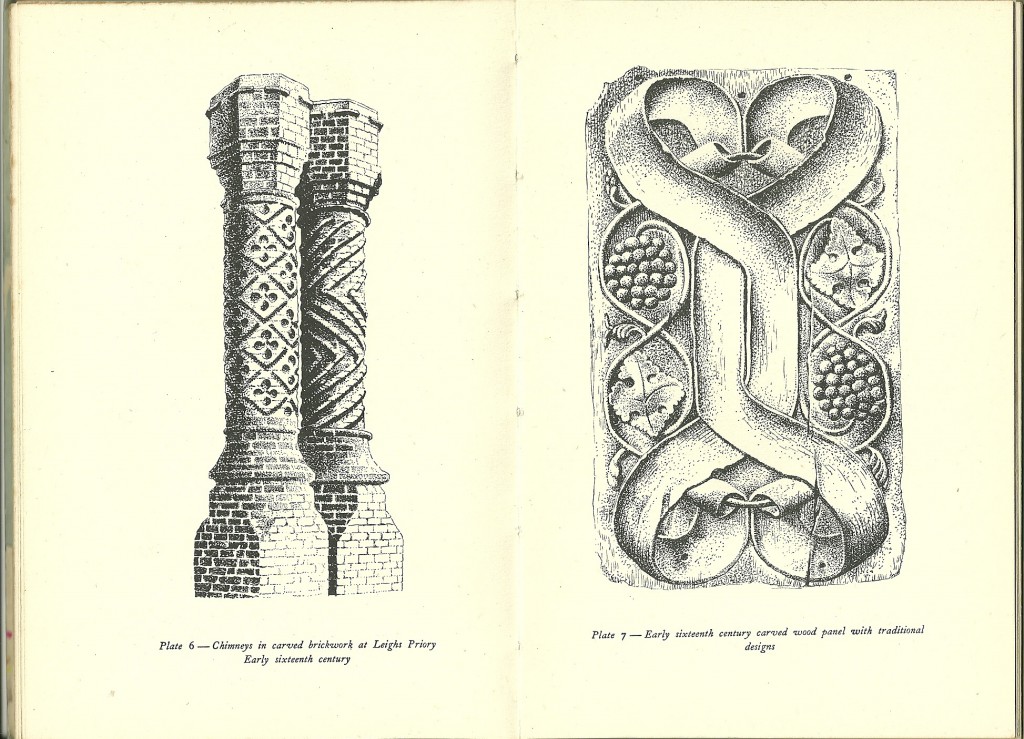 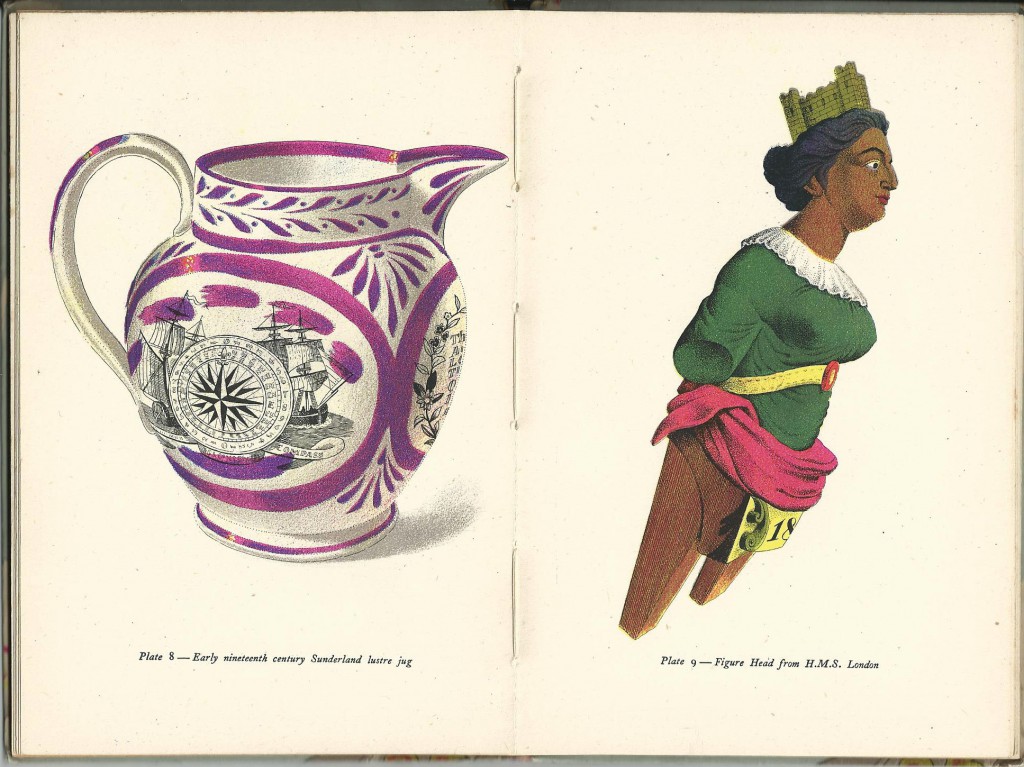 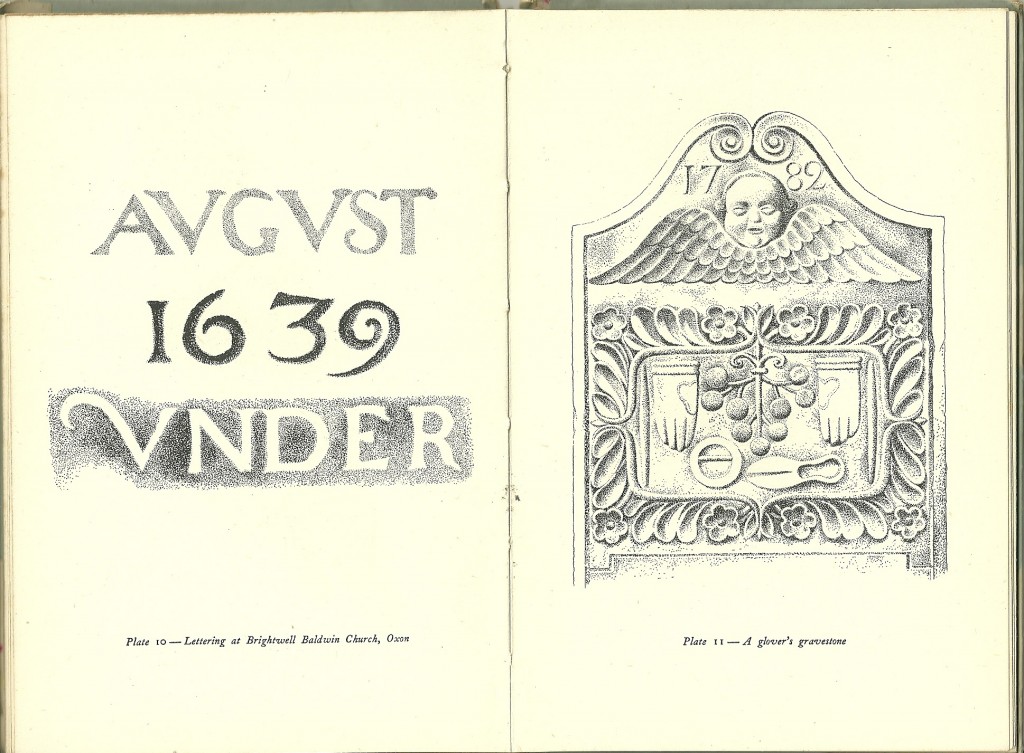 Letters from a glover’s gravestone in Brightwell Baldwin churchyard, Oxon 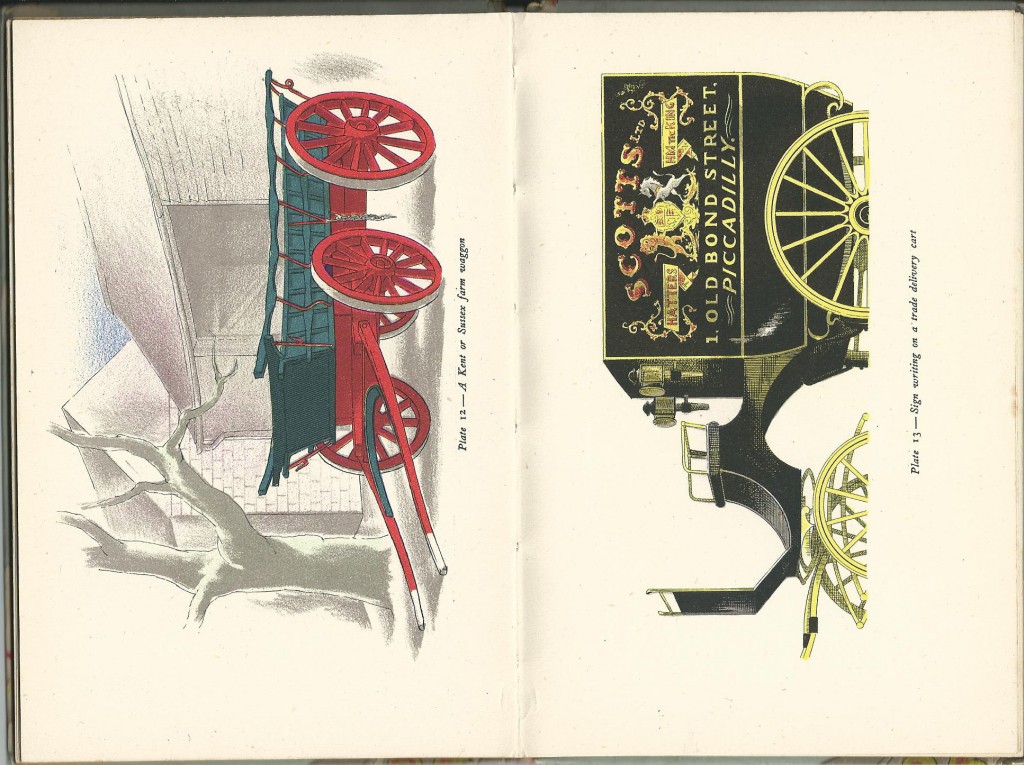 A Kent or Sussex Farm waggon / A tradesman’s delivery cart 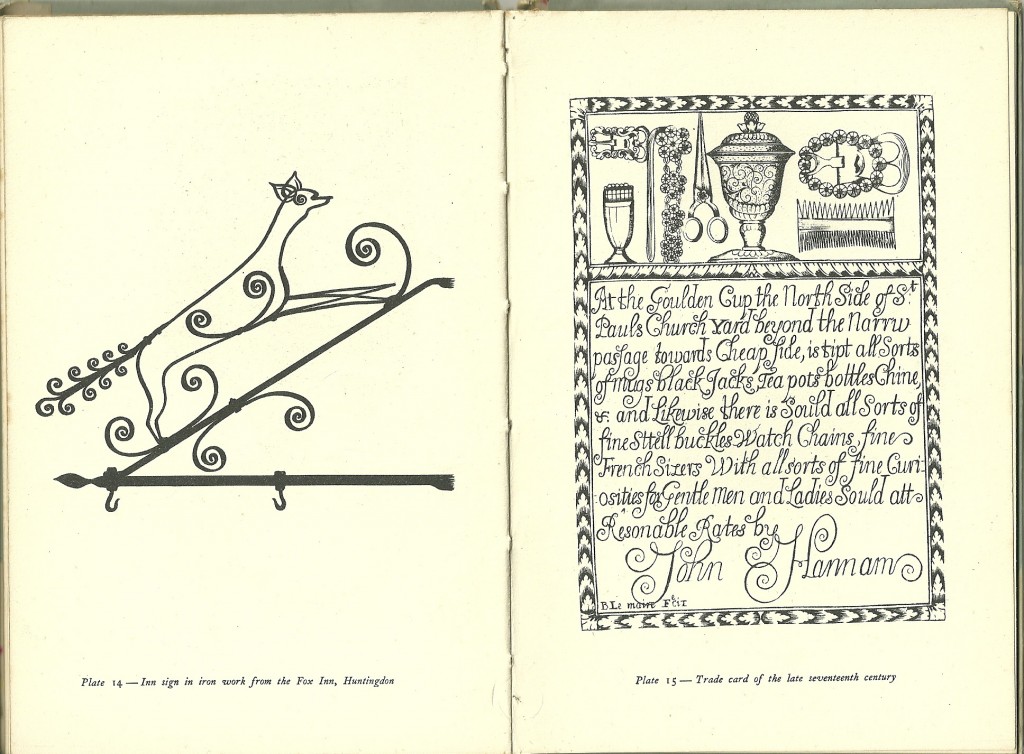 Inn sign in ironwork from the Fox Inn, Huntingdon / Trade card of the seventeenth century 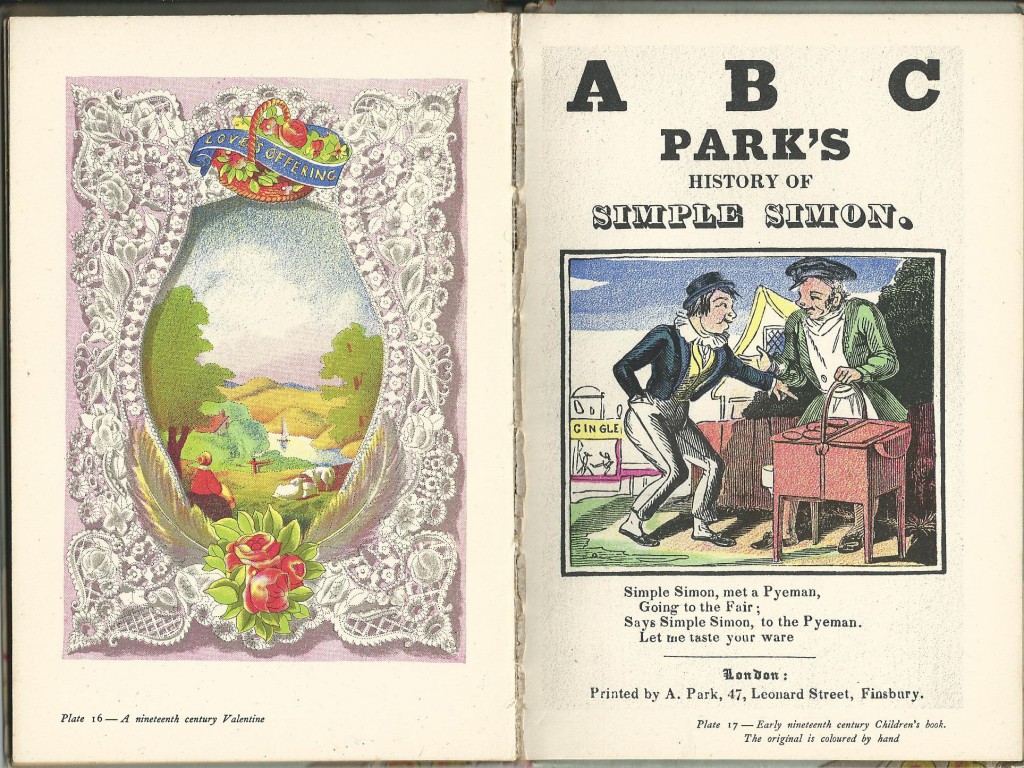 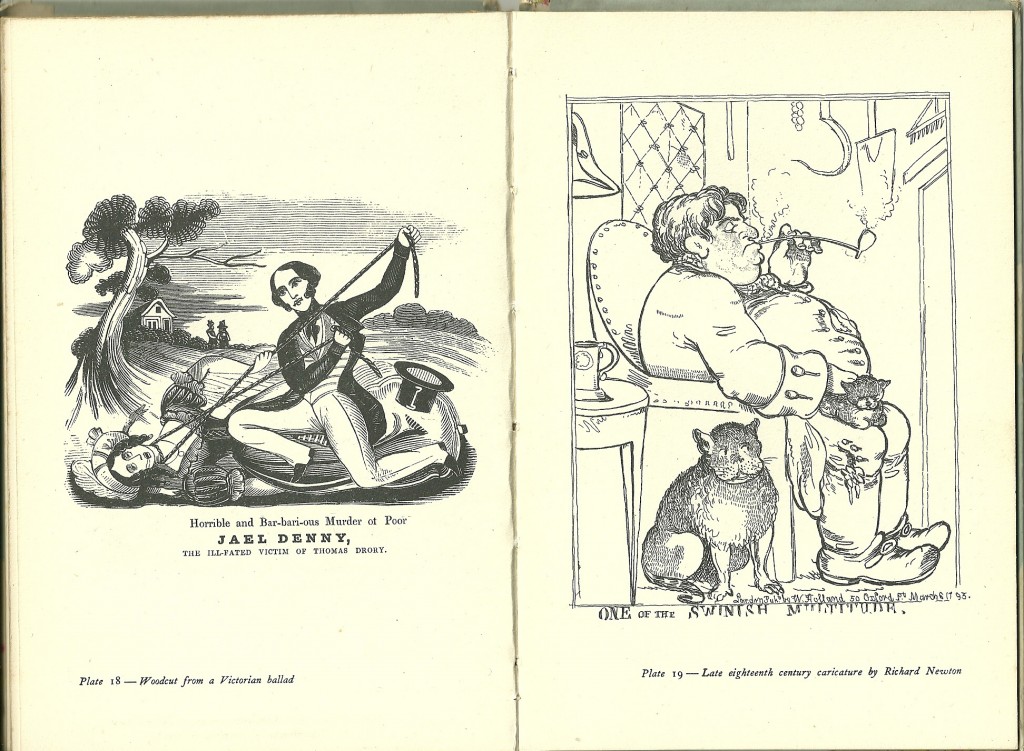 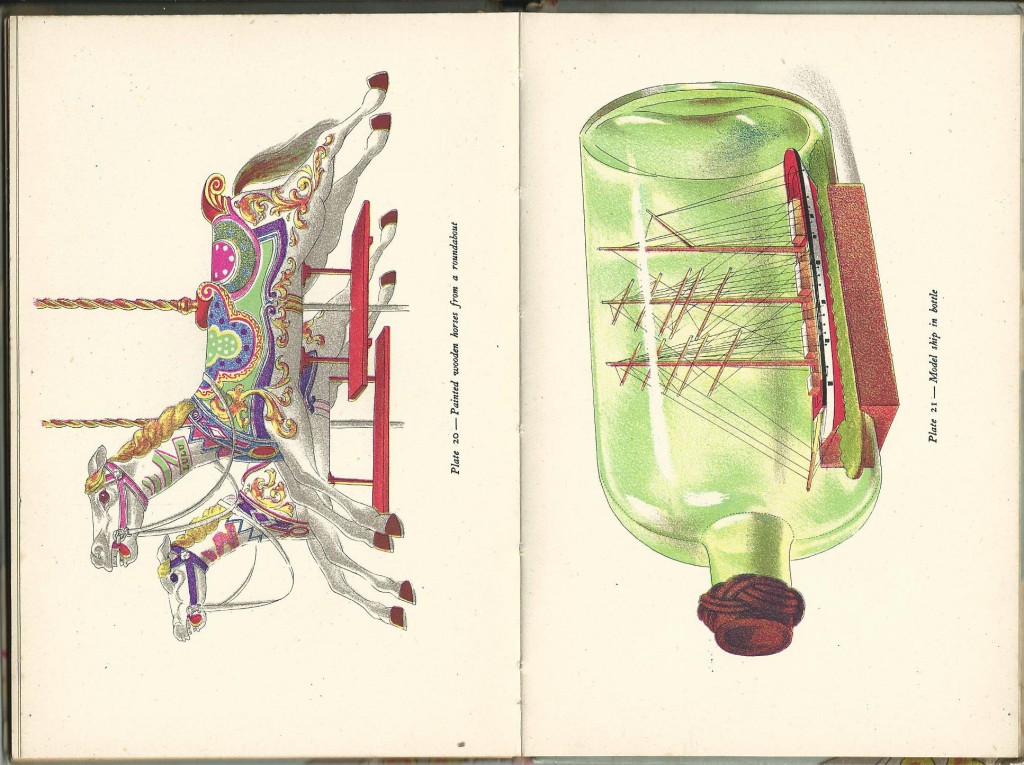 Horses on a merry-go-round / Ship in bottle 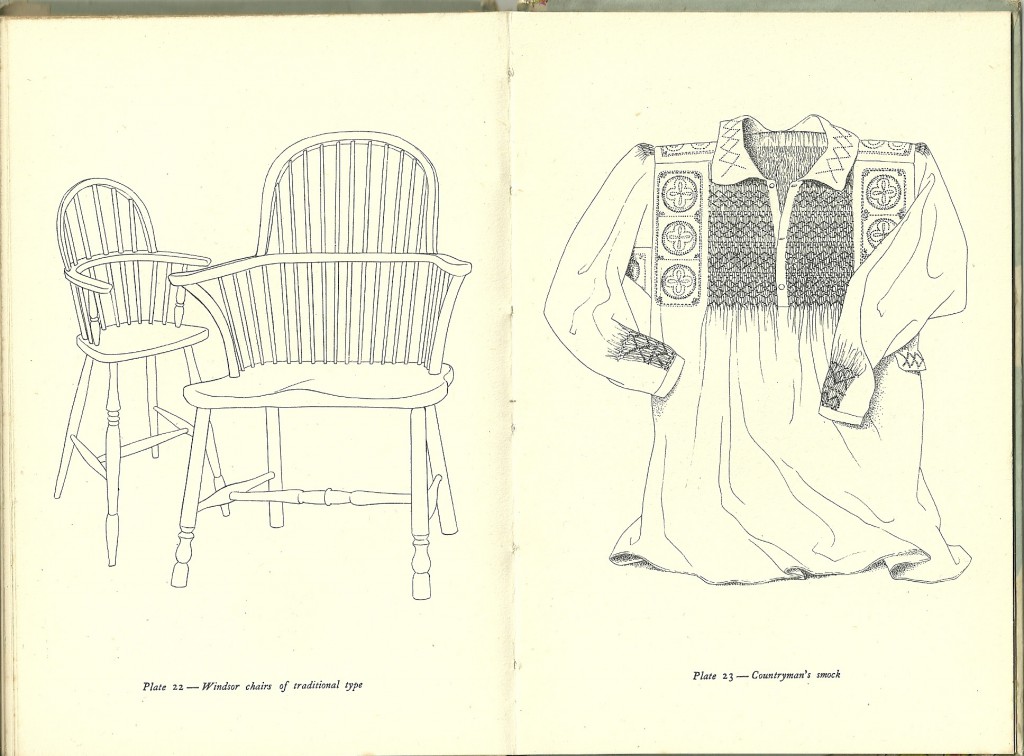 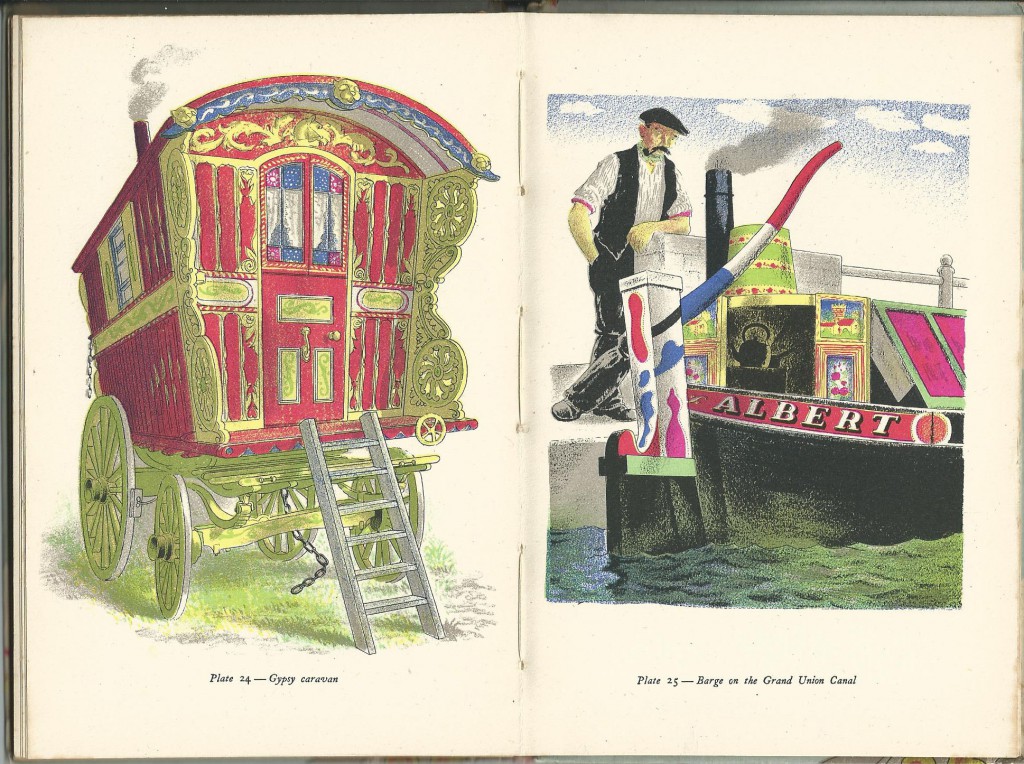 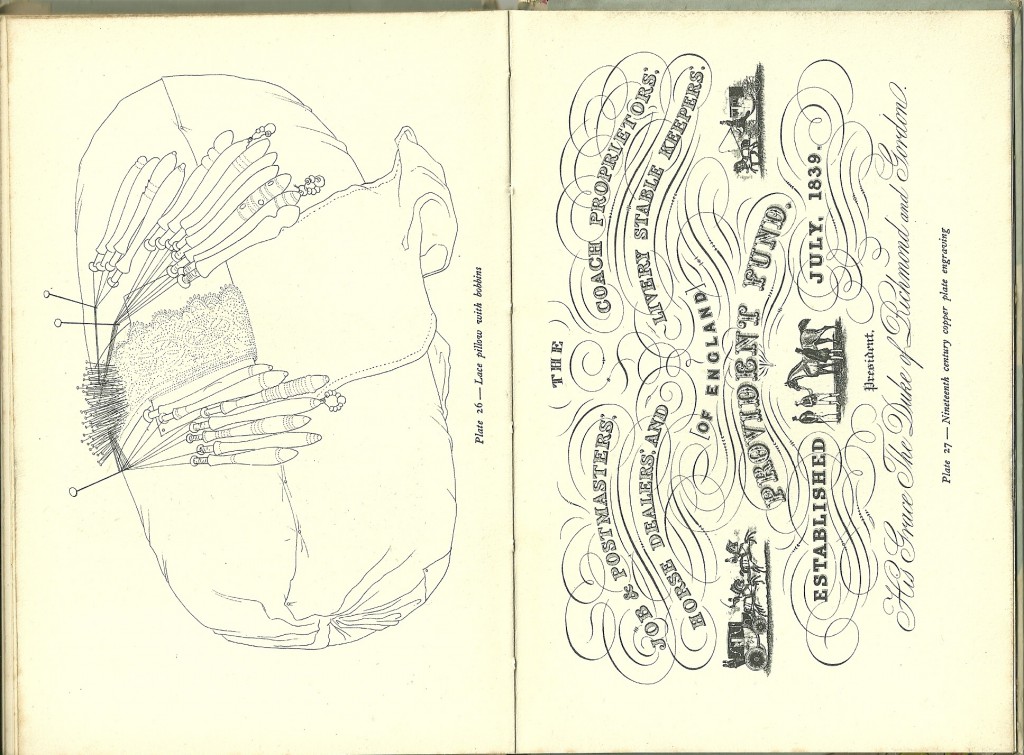 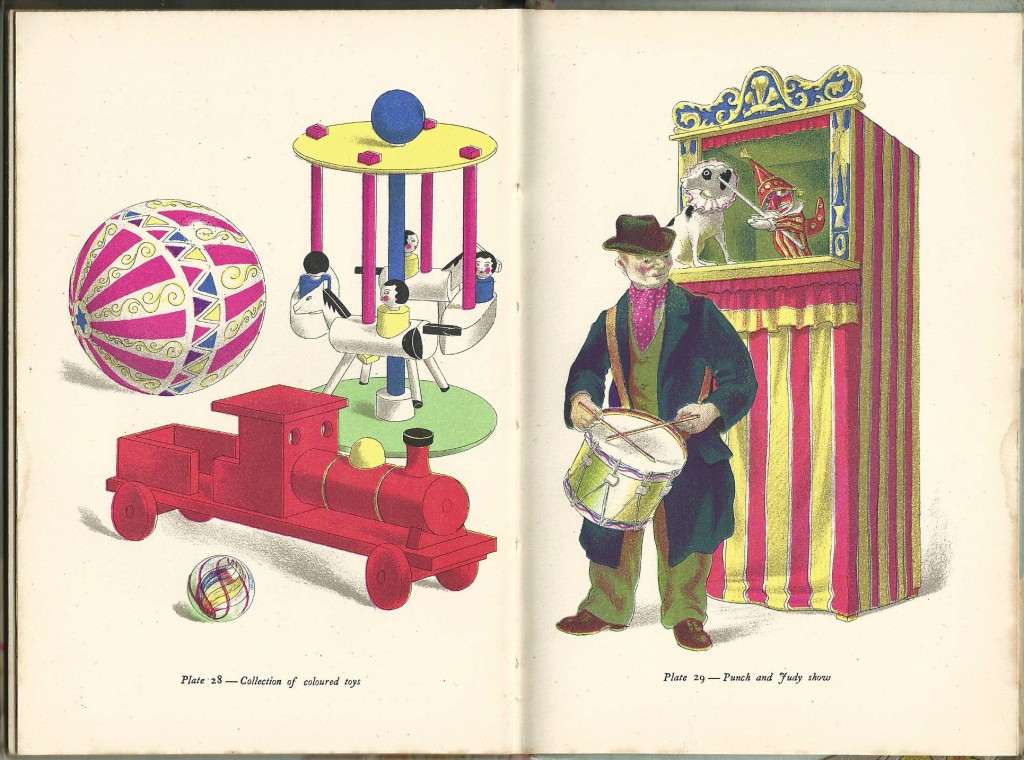 A group of children’s toys / Punch and Judy show 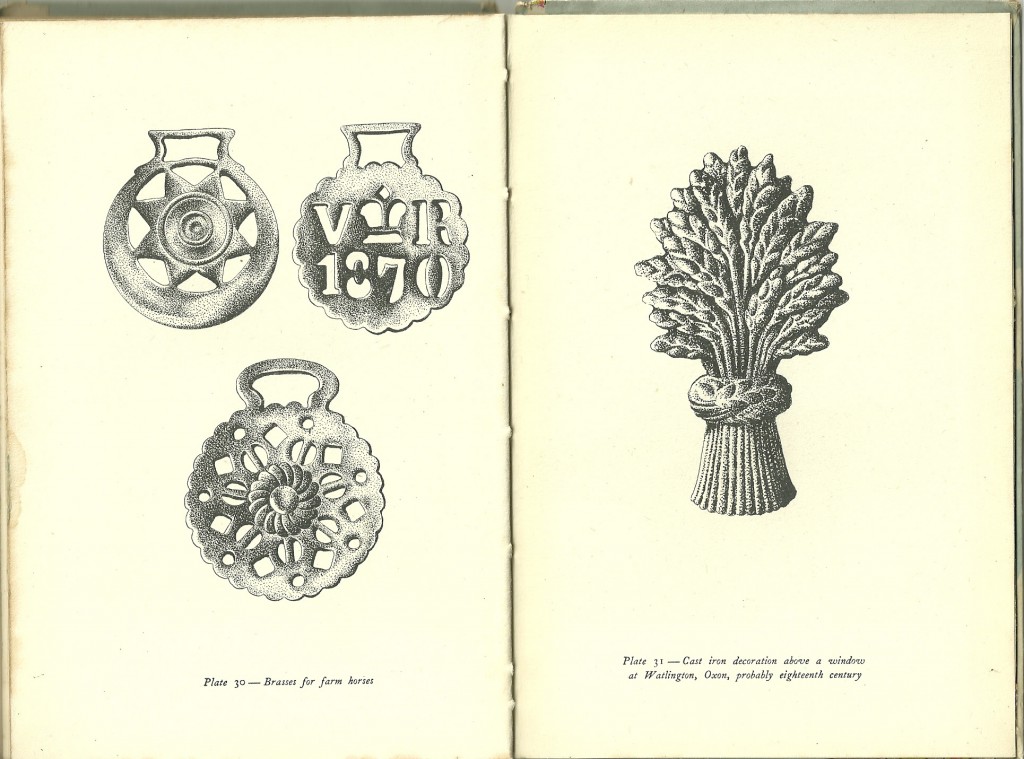 For more in this series see
For Evelyn Hallewell / Portraits Of Christ / British Shells.

One thought on “Popular English Art”