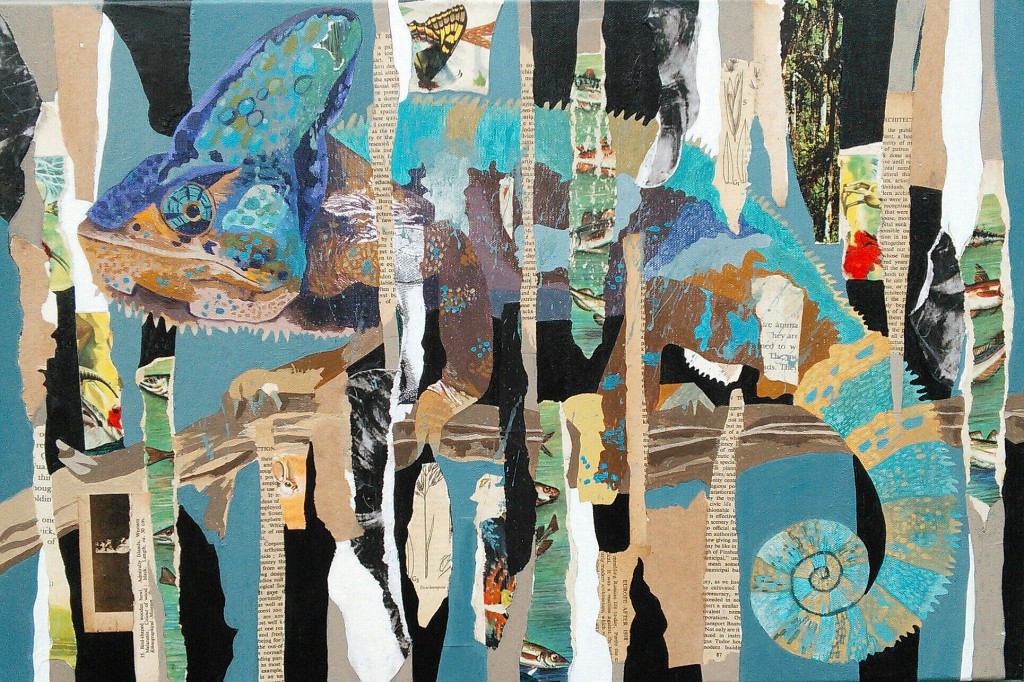 James Read brought five new paintings for display in the gallery, and then sent us a few words…

Blending In. The chameleon is presented larger than life and partially visible through layers of torn paper. Inspiration came from a bill posting site near my home in Oxford. Each new poster stands out for a day or two before blending rather beautifully into the soup of fragmented images. 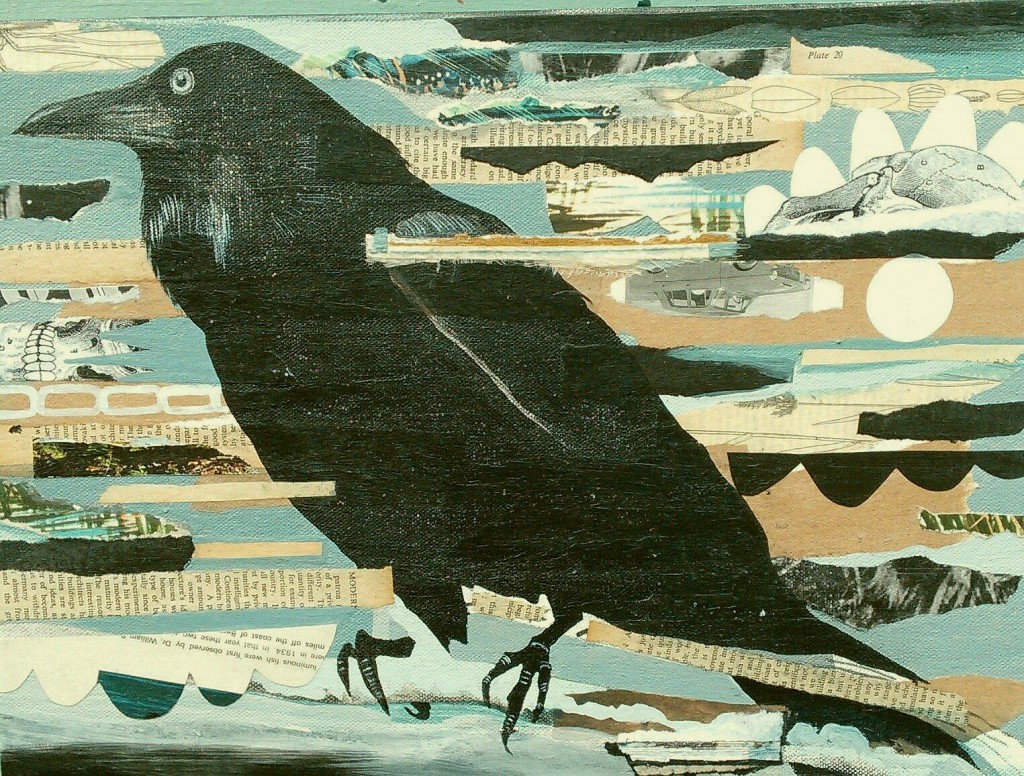 Raven. During the heatwave this summer I spotted a raven in the gutter, its corpse neatly parked on the double yellow lines. The weather was so hot it seemed as if the bird had simply fallen from the sky. While painting this picture I was also reminded of the scene in Hitchcock’s film Psycho where Norman Bates is describing his hobby of taxidermy to Marion Crane in a room full of stuffed birds. Later I realised the bird was probably a large crow, so the alternative title for this piece is Love Your Crows Feet. 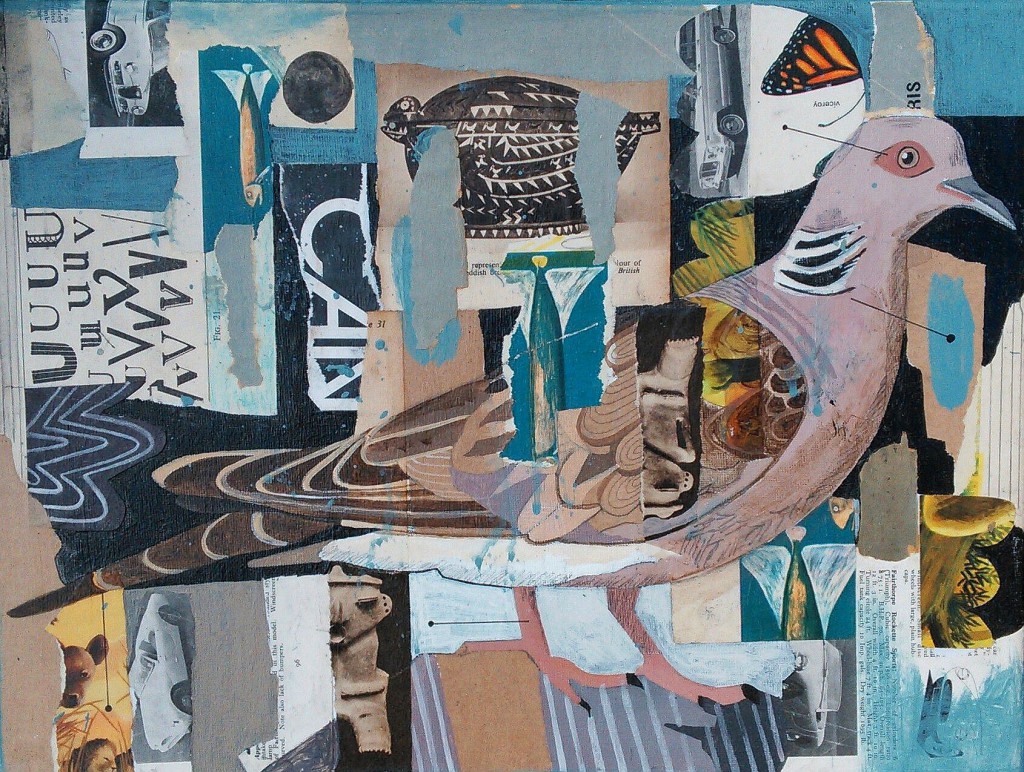 Turtle Dove. The turtle dove is surrounded by the chaos and disorder of the man-made and natural world. Even the fish look as if they are descending from the sky like bombs from an unseen payload. In spite of this the dove appears unruffled and at peace. 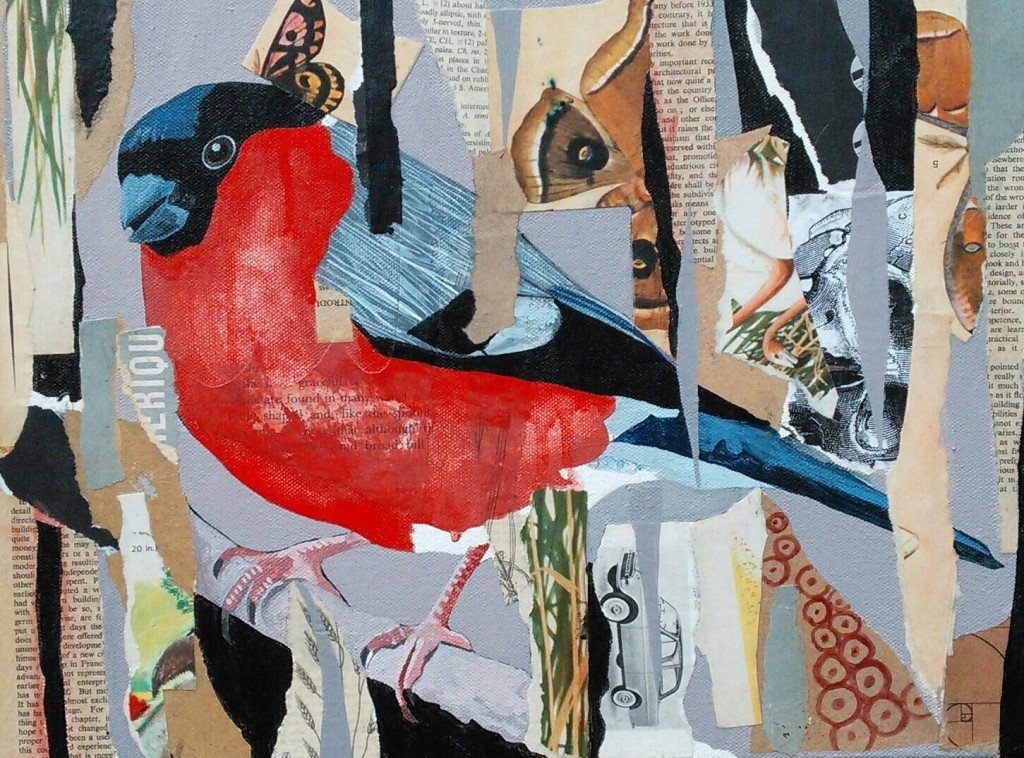 Bullfinch. One of my earliest memories of paint is the excitement of tackling this subject as a child with a new box of watercolours circa 1973. Did I recapture this sensation in the 2013 version? Well, almost. 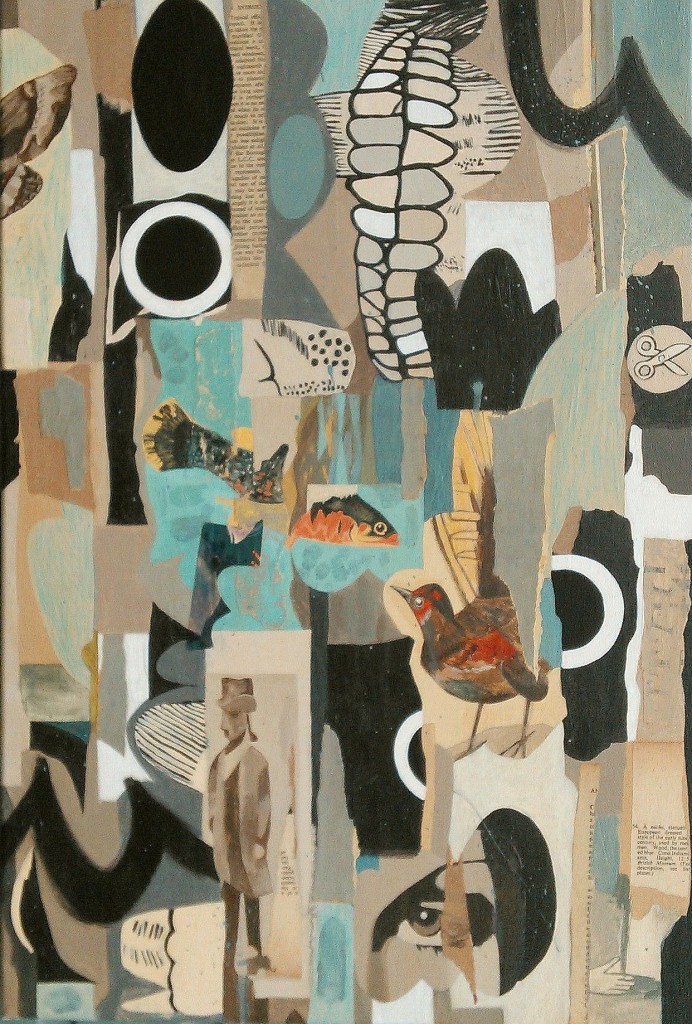 In A Daze. The assortment of disparate images in this picture has been arranged to flow through the painting like a river.

See more work by James Read at The Rowley Gallery.