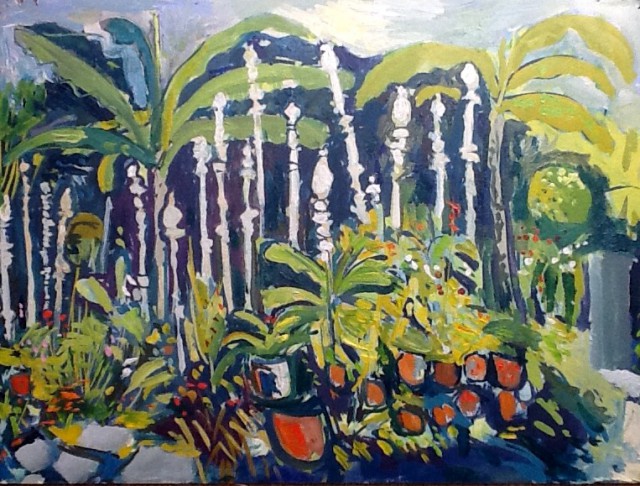 This summer we decided to drive to the south of France. My brother Anthony and his wife, who hails from Nice, my wife Criselda and I took two cars down to Gattières, a village perched overlooking the River Var, in the Alpes Maritimes. Catching the earliest Eurotunnel from Folkestone allowed for a leisurely drive through Northern France, Picardy and the Champagne region. We were heading for an overnight stay in Corps near the pilgrimage site of Our Lady of La Salette in the Alps, before continuing our drive on the Rue Napoleon through Grasse and on to Gattières. 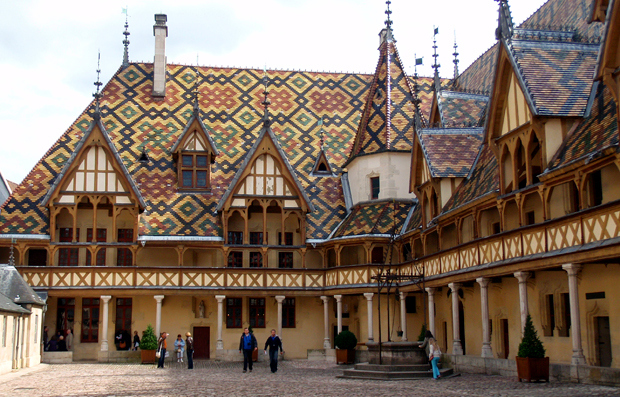 Lunch was taken in Beaune, with its beautiful courtyards, half timbered buildings and decoratively tiled roofs. We arrived at Corps in a thunderstorm, but despite this the town was buzzing because the Tour de France was due to arrive two days later. Everyone who rode a bicycle down the Main Street was clapped and cheered by all. 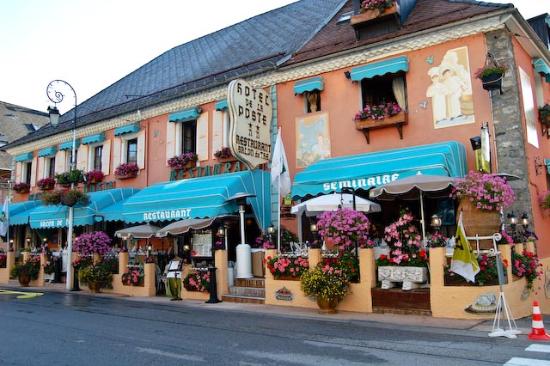 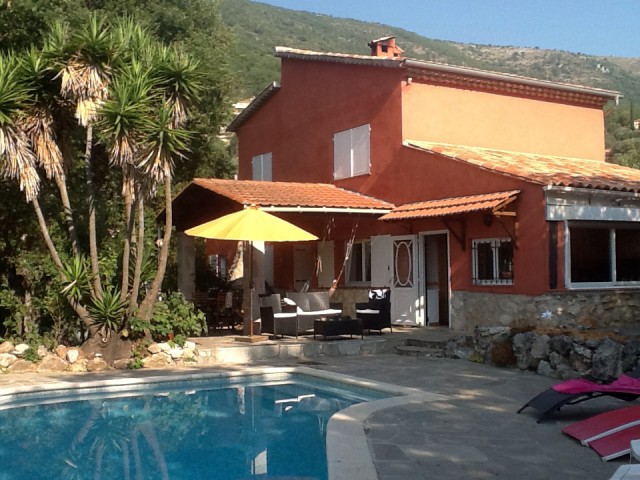 Refreshed after a good night’s sleep we continued south arriving at the house we were renting for the next three weeks by early afternoon. The thought of spending time in France where we had family was great. We wouldn’t be tourists and would be welcomed into the local community. I had heard about the famous local garden, Le Jardin des Fleurs de Poterie from Patricia, my sister in law, which I thought I might like to visit and perhaps arrange to draw. As it happened the garden was only four houses away from us. 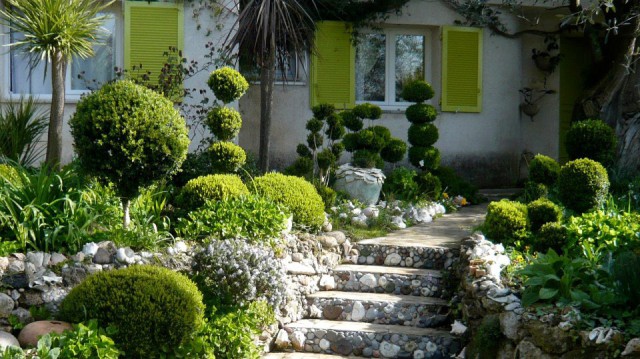 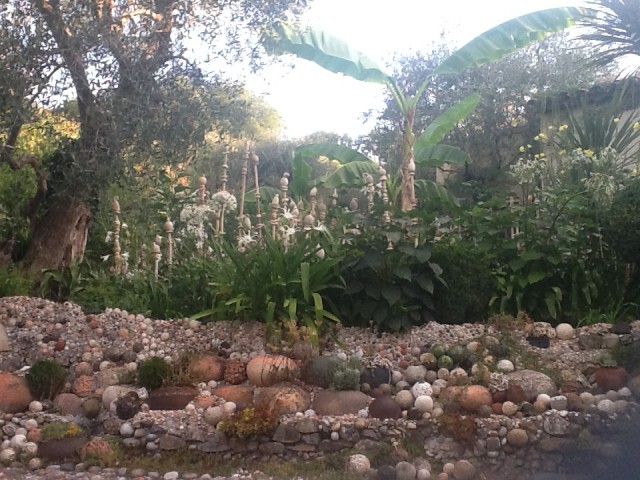 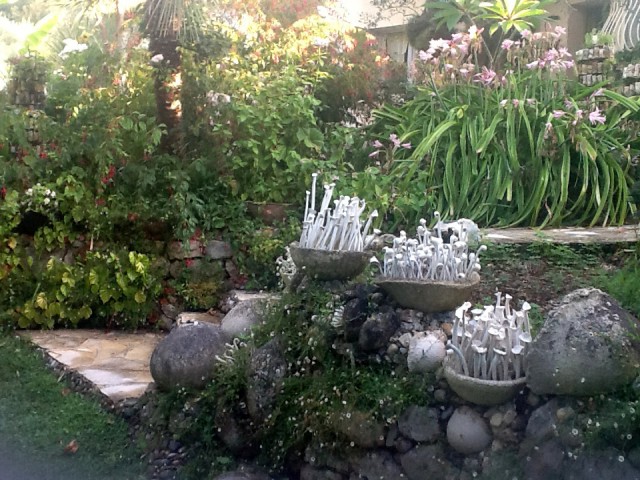 Anne Marie Deloire who made the garden with her husband is a ceramicist and has her studio in the garden attached to her house. She starts work each day at 6 am and having made initial contact via email, I was invited up to the house. Anne Marie looked at my work on the Rowley Gallery website and suggested I did some work based on her house and garden. This was just what I had hoped. Her idea was that I arrive early in the morning for coffee and that I worked until it got too hot. I arrived at 6.30 and did 2 or 3 hours. The rest of the day was mine to relax, and that way I avoided the throngs of tourists who descend on the garden and who pay their 6 euros to walk around. It was a perfect arrangement. Every time I arrived at the garden I was greeted with incredible warmth. 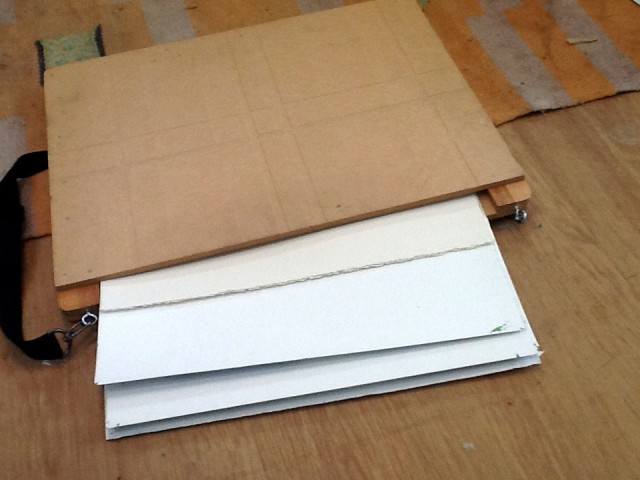 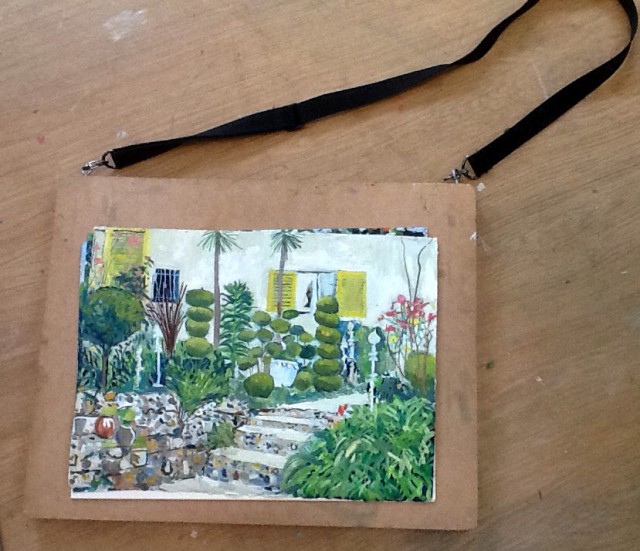 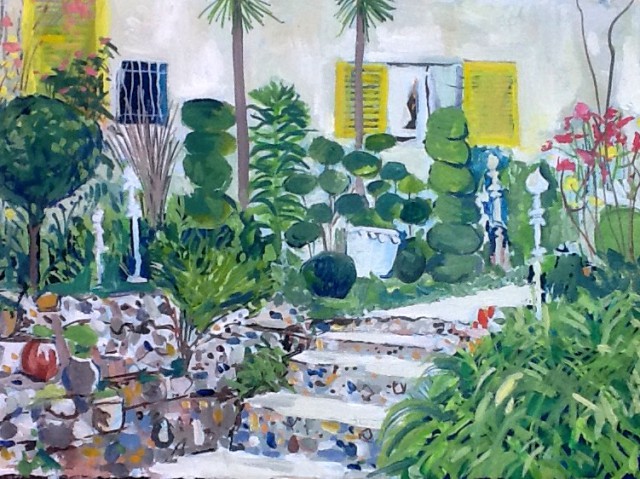 Despite driving to France I wanted to work directly and so didn’t want to take oil paints, preferring instead to take a sketchbook, pencils, coloured pencils and some 300gsm Arches Huile paper. I made a drawing board from 2 pieces of MDF and some odd bits of wood which has a gap between which allows me to store paper. Using the Arches Huile paper as I would a page in a sketchbook I was able to draw freely and quickly, and soon I had about 20 studies, some of which are currently being painted now I am back in my studio. 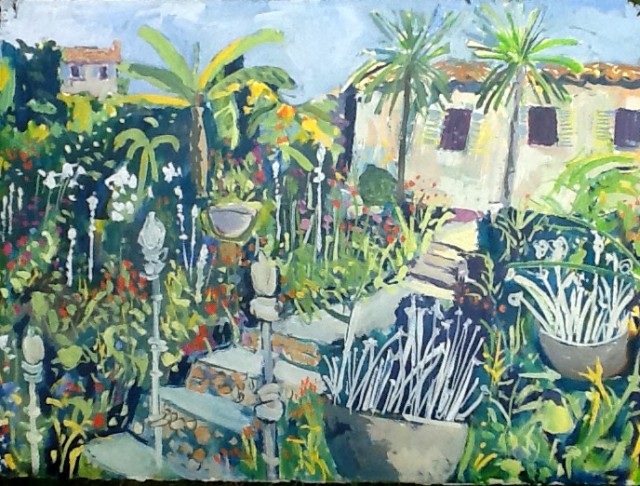 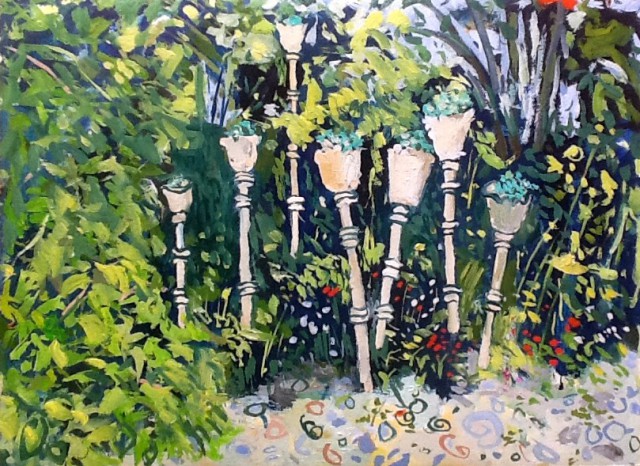 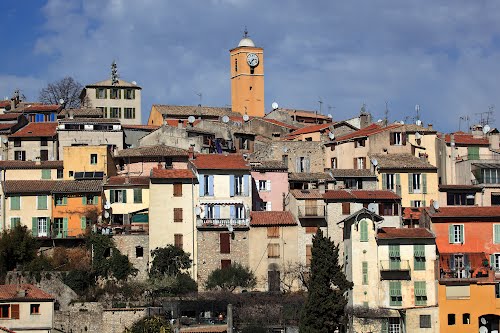 Another leitmotif was a view of Gattières from the terrace of the house we stayed at on the ache in Des Espeiroures. After 3 weeks I was ready to return home. We decided to drive back another way, so we gave Corps a miss and drove towards Aix en Provence and Marseilles. Our overnight stop was to be the magnificent Hotel Cep in Beaune. Thanks to some dreadful traffic I had some wonderful views of Mont San Victoire. 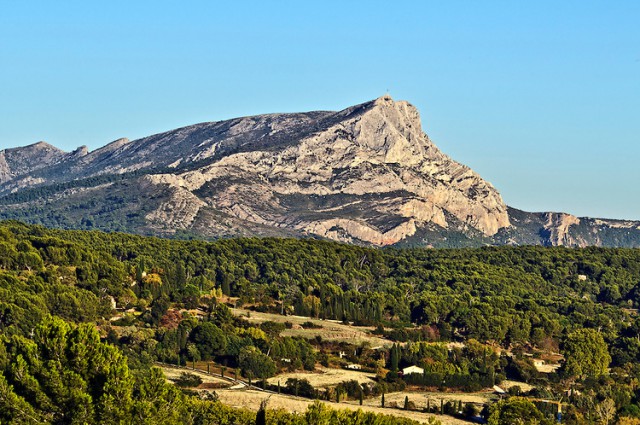 Nine hours after setting off we arrived at our destination for the night. We dined on some great Burgundian fare and enjoyed a couple of fine bottles of local wine, a luxury we couldn’t avail ourselves of on the outward journey. 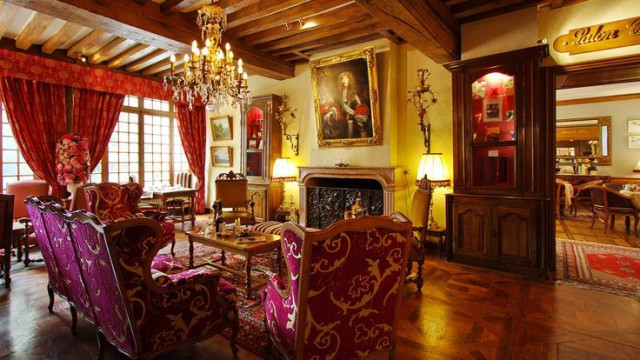 I have some great memories and lots of work to get on with now, and as we get into Autumn here, the soaring temperatures, chilled Cote du Provence and Nicoise food seem distant memories. At least the paintings of Anne Marie’s lovely garden which combines plants and ceramic vessels help to recall a very special place and atmosphere from the tranquility of my studio. 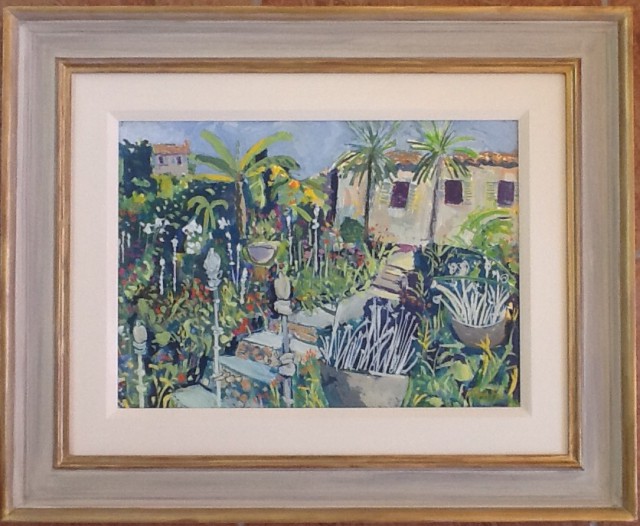 PS: My painting of Le Jardin des Fleurs de Poterie has been selected for the Royal Institute of Oil Painters annual exhibition at the Mall Galleries, London from 2-13 December.