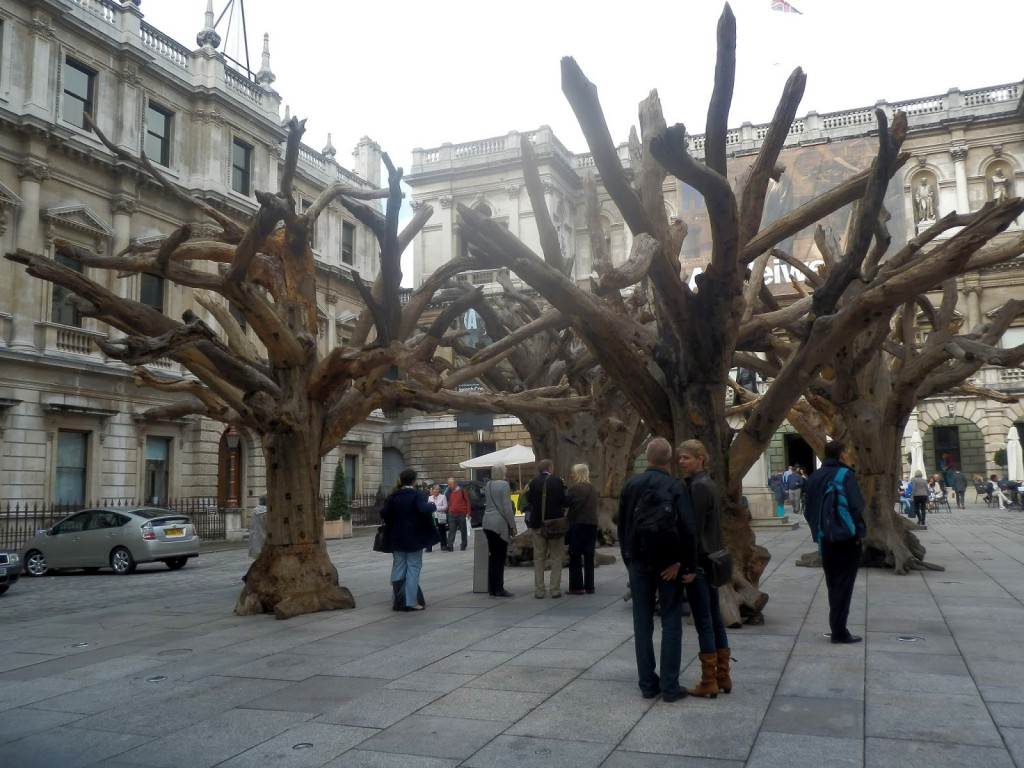 Another post, another London art installation. This time a petrified forest of Frankenstein-style trees by artist Ai Weiwei in the Royal Academy courtyard. This display consists of eight of Ai Weiwei’s ‘trees’ – the most that have been exhibited together at one time, which originally came from the rural mountains of China. 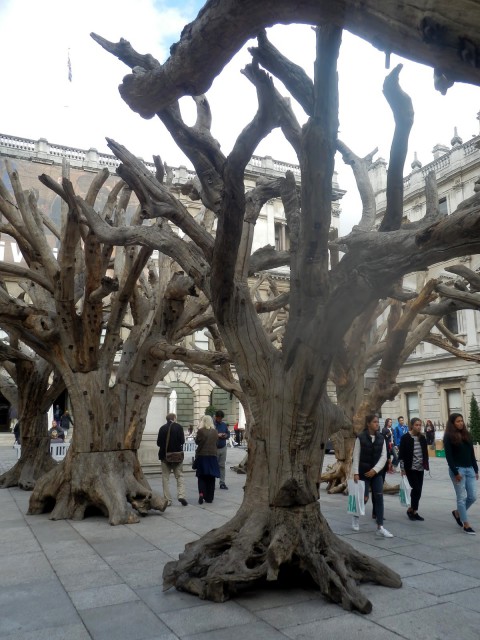 The trees died naturally on the mountains of southern China and are then cut up and sold as decorative pieces of wood at the markets of Jingdezhen. Ai Weiwei purchases the sections of trees from Chinese landowners at market and then has them transported to his Beijing studios where he collages them together to create these unusual hybrid ‘Frankenstein-like’ trees. I like the fact that he has collaged/spliced them together like a mad scientist creating new hybrids. It is hard to improve on Nature, especially trees, which are so perfect, and basically sustain life on this planet, but apparently these works were created as a commentary on the diversity of Chinese society. 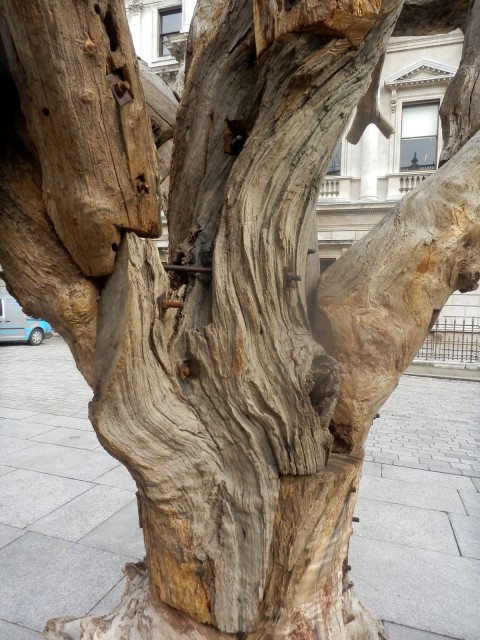 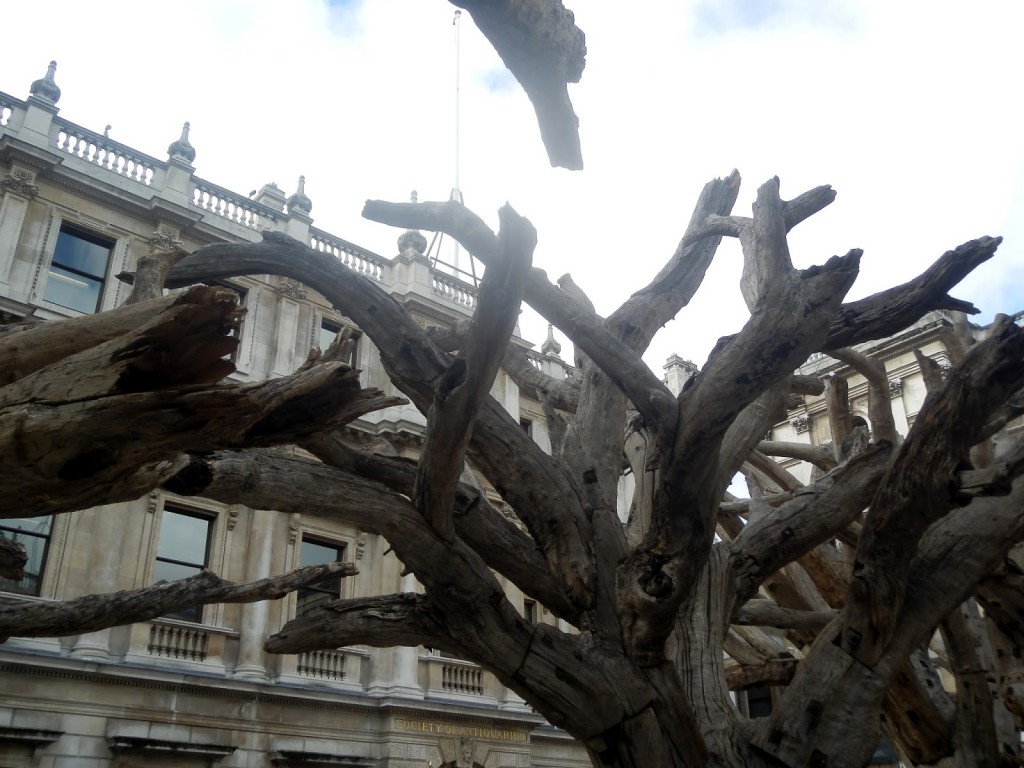 I loved seeing the beautiful natural textures of the bark and wood grain of these trees, and also the contrast of the man-made metal nuts and bolts holding the natural wood of the trees together. 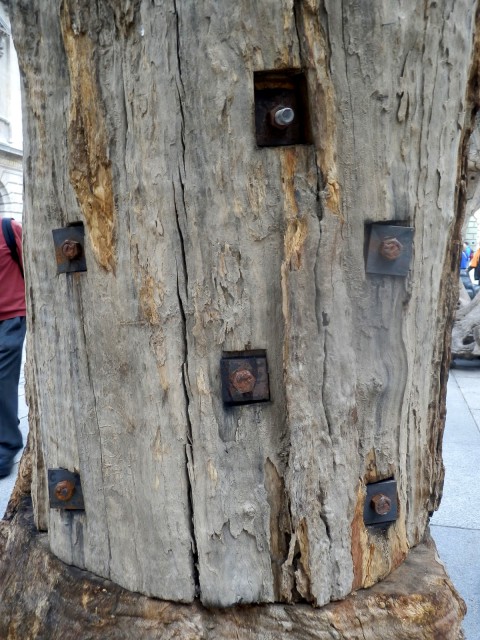 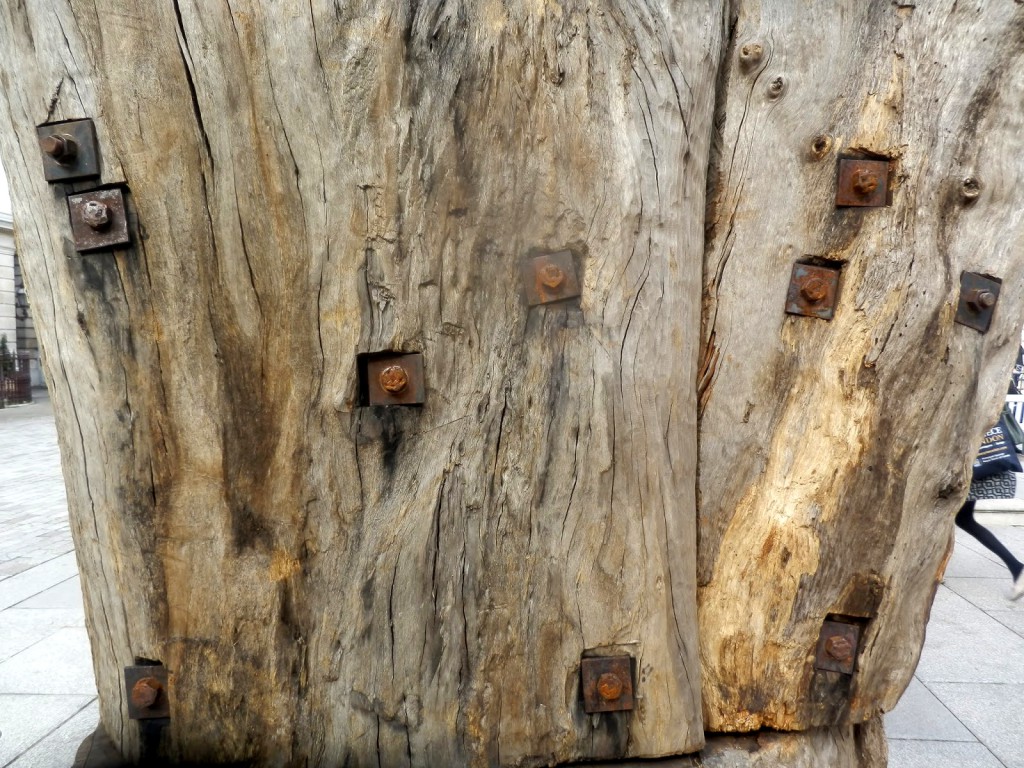 Apparently this Tree project was crowd-funded to the tune of £100,000 from a Kickstarter campaign, and this is the first time they have been exhibited together en masse. There are more of Ai Weiwei’s well-known works such as the dipped pots, and the notorious prints of him dropping a Han Dynasty urn on display in the galleries of the RA which also form this retrospective of his work. 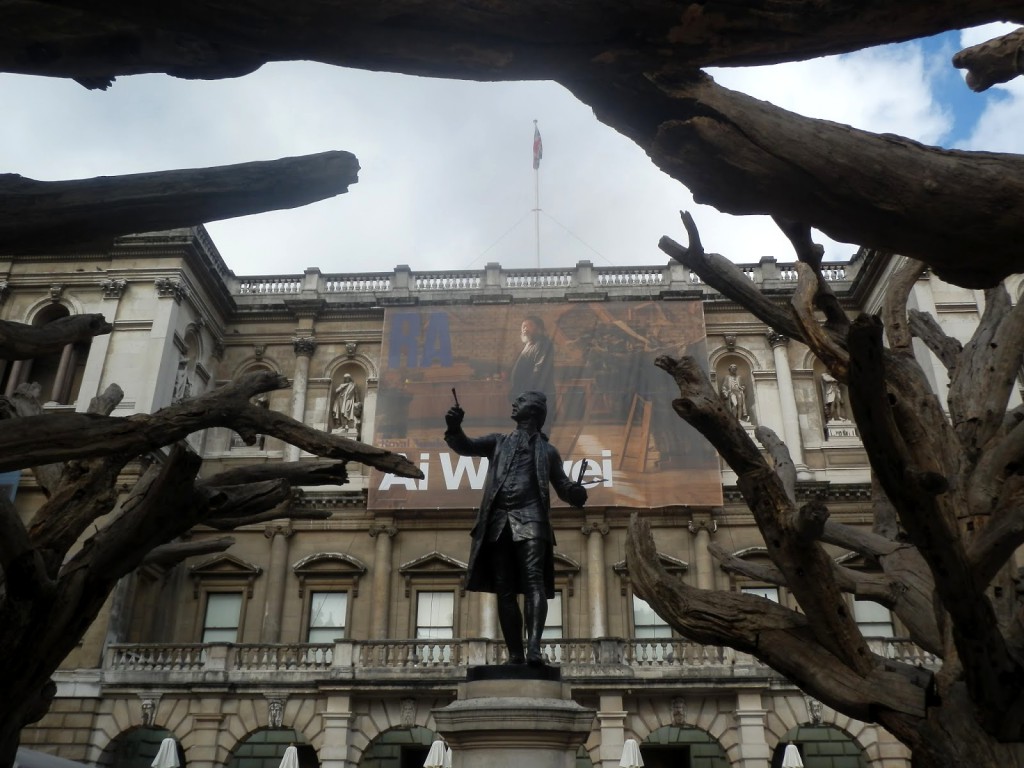 This post first appeared on the Joseph Scissorhands blog.