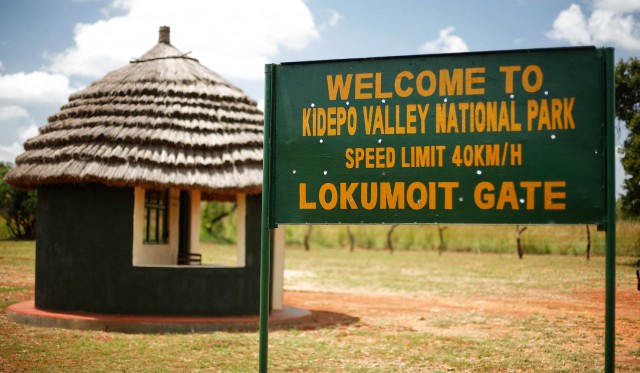 I recently received an irresistible request for Christopher Corr:

Hi Chris, further to our conversation this morning I was wondering if you could pass on the following to Christopher Corr. 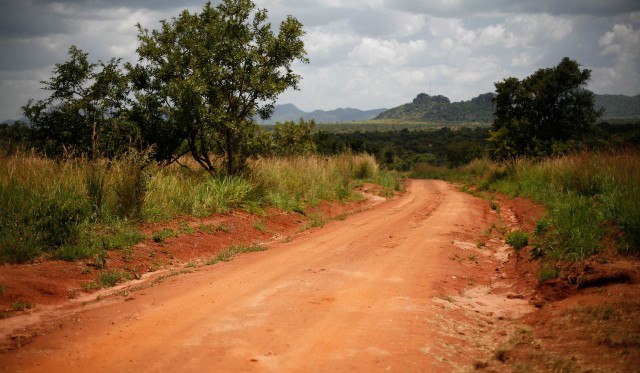 On September 16th this year it will be my 8th year anniversary with my boyfriend Ben, and I would love more than anything for Mr Corr’s art to be something of a token of how far we have come. I think the reason why I am so drawn to Christopher Corr’s work is that both myself and Ben, my boyfriend have…lets call it the ‘travel bug’. The thing we love doing together more than anything is travelling. To date we’ve been to all sorts of places, and what makes us both so proud is it’s all been slightly off the beaten track. Our most favourite memories are all tied up in our travels, but one in particular stands out. It was last year that we went to Uganda. Rainy season. We’d hired a car, an old silver Toyota 4×4 and we drove from one side of the country to the other. If you know Uganda, you’ll know there is only one road which goes along the western curve of the country, other than this it is nothing but dirt tracks. We’d heard about Kidepo National Park, supposedly the most beautiful place in Uganda, and we knew it lay in the furthest northern corner, bordering Sudan but with time constraints it was a toss up between Kidepo and venturing down south to see the gorillas. The deciding factor was that however much we wanted to see gorillas, somehow it seemed over touristy, and from previous adventures, we knew that the best experiences had come from doing things our own way. This is where the adventure begins. 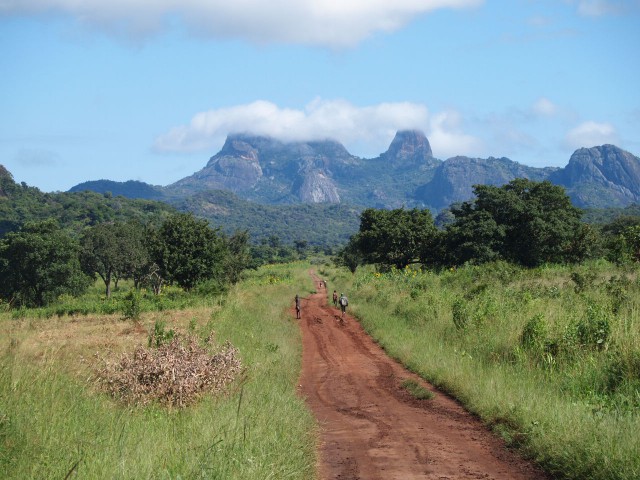 Kitgum just a bit on from Gulu, is where the tarmac runs out. It is also therefore the last place where you can call Uganda ‘safe’ owing to the ongoing tribal wars that the north eastern part of the country is continually battling with. We’d spoken with tourist agencies and their reactions were somewhat worrying when we told them we wanted to get to Kidepo. Not only was kidnapping and gang warfare rife along this long road into the unknown, particularly at night, but it was the rainy season and we were made to understand that the road was impassable and more or less impossible in these conditions. But we phoned up Kidepo National Park. Its fine, they said, we’re open. So what did we do? We left at 3am for Kidepo with a tank full of petrol and hoped for the best. 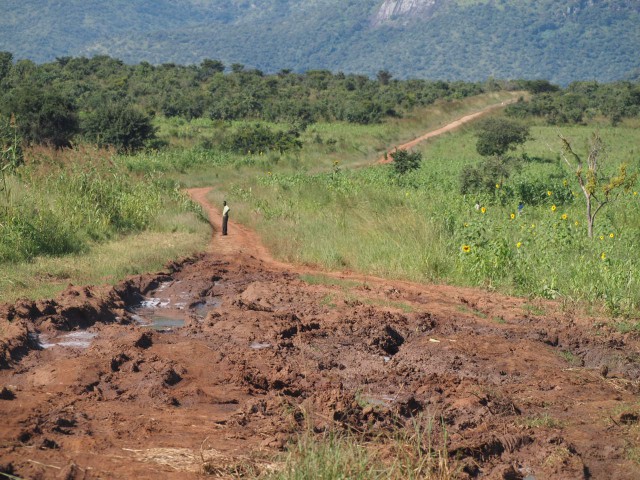 There were no signs anywhere. Any person we passed hurried off into the bushes seemingly terrified. And the road got worse and worse. We knew that any puncture would potentially be fatal, but going slowly in bandit country was no option either. The land, as the sun came up was some of the most beautiful I have ever seen. The road was a dark orangey red colour and the sunflowers were two stories high. 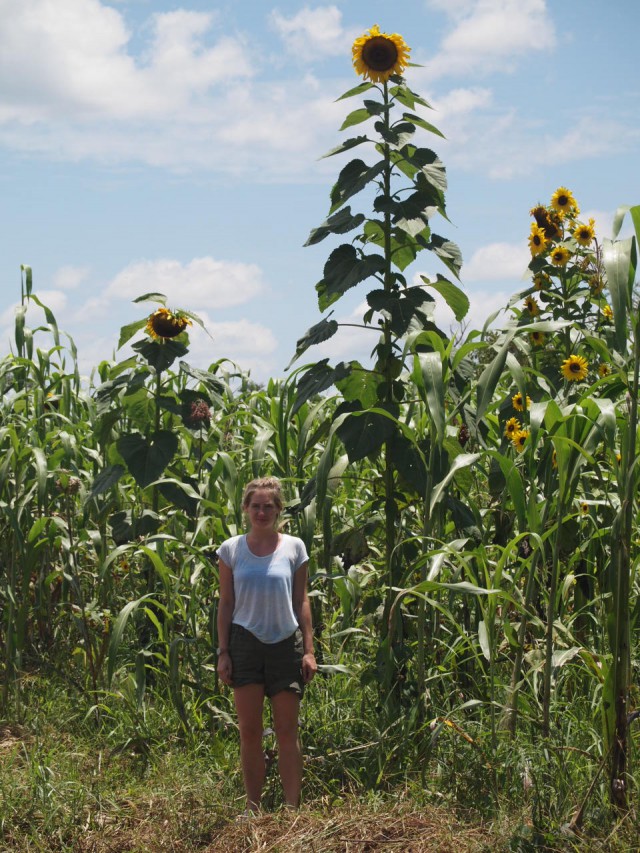 The mountains were covered in mist and everything was lush green against the cobalt sky. The challenge was the mud. I’m not talking about a few puddles, I’m talking about swimming pools, where past cars had been abandoned, where the mud came over the bonnet, and spun the car 360° and more or less tried to swallow it. Cliffs of mud alongside a drop off the mountain into oblivion. It was terrifying. I cried several times. But the further we went, the further we were challenged, the more we knew the idea of turning around and doing it the other way was simply inconceivable. I think of some of the mud we came up against and I honestly cannot think how on earth we got through it, let me tell you now Toyota 4×4 are simply the best, I think it probably saved our lives a few times. We came across buses that had tipped over onto their sides and the locals were pulling and pushing with reeds and sticks, bandit tactics or real we couldn’t stop to find out. The front of the car had now come off completely, the bumper, as well as half of the body paint, and it seemed every time we thought we were safe another mud bath was around the corner. Locals actually laughed at us sometimes as we passed, but we just kept going. It was about 8 hours later we finally reached the gates to Kidepo National Park. And another hour to the lodge where we were staying. Over the mountains, we were on savannah. It is quite the most beautiful place I have ever seen in my life. It was utter paradise and turned out to be the single best time of my life. 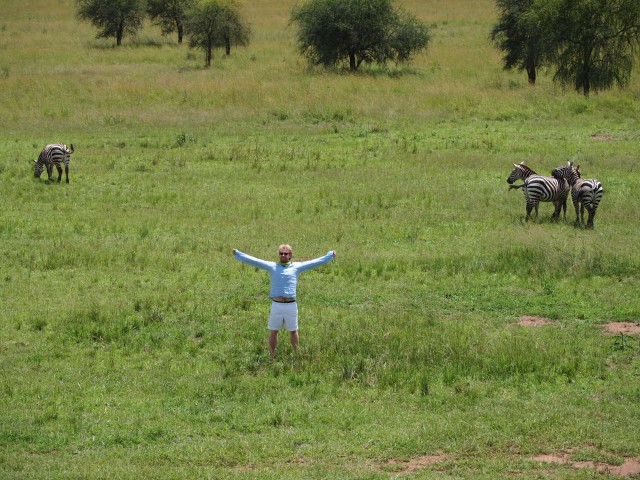 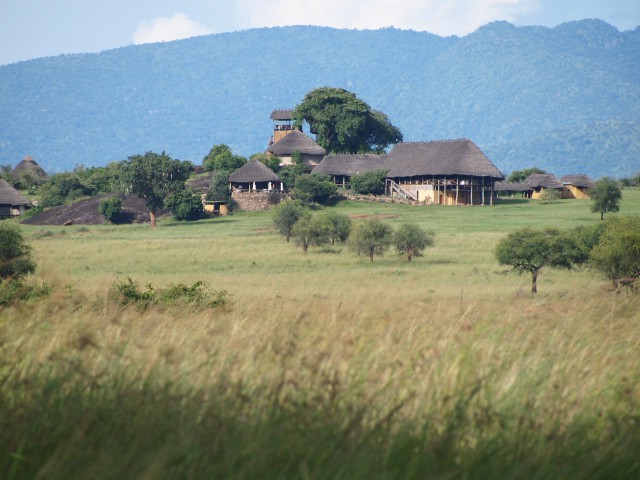 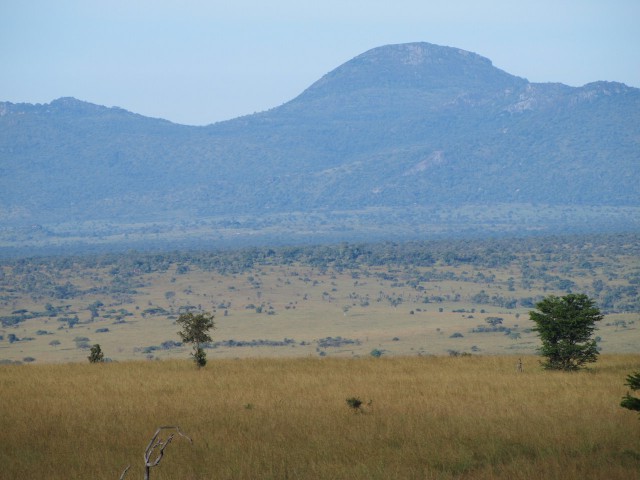 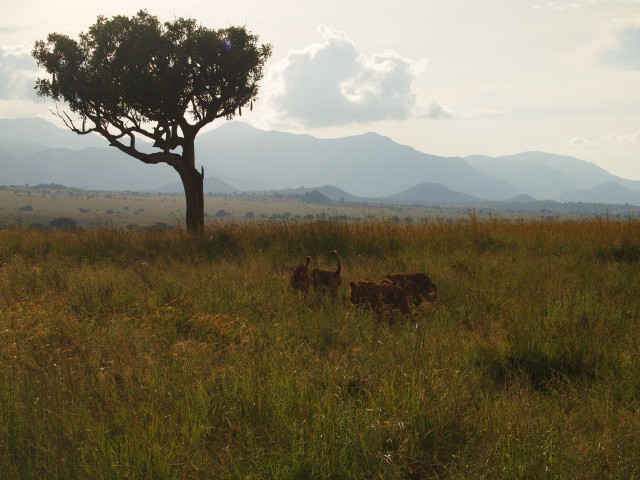 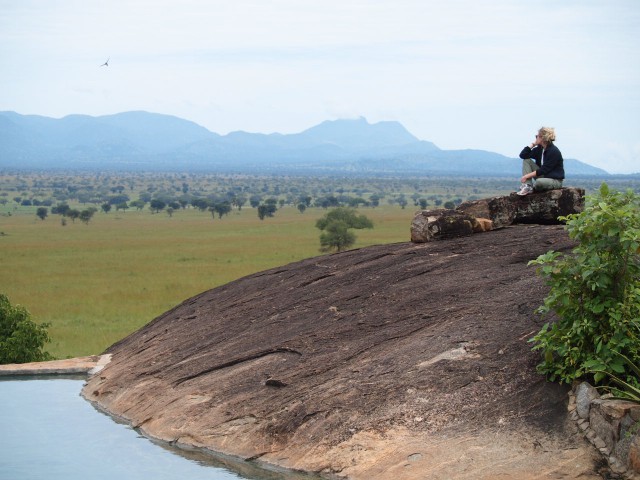 Warthogs, deer, zebra, buffalo, wildebeast, giraffe. Everywhere. If you believe in heaven at all, I think this is it. A leopard in a tree with its prey, and completely unforgettably a lioness and her two cubs up a tree sheltering from the sun. In a really corny way, it said to both of us, we can do anything, we can get through anything together, if there was a theme to this project, that would be it. It’s good to be reminded of this from time to time. 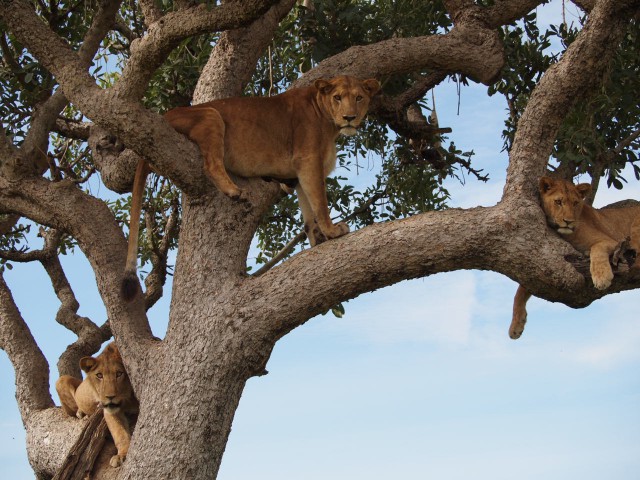 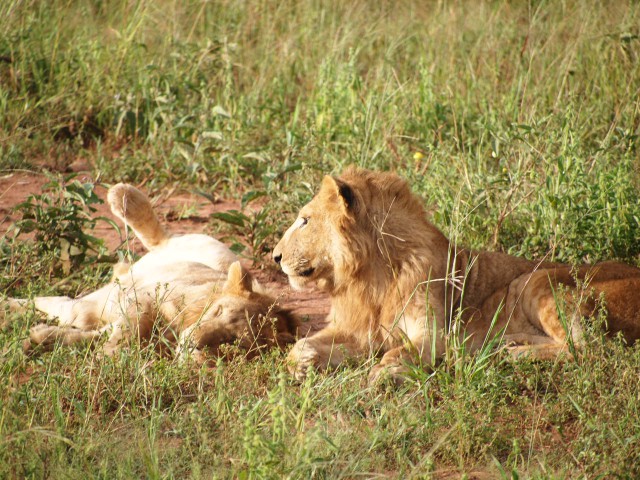 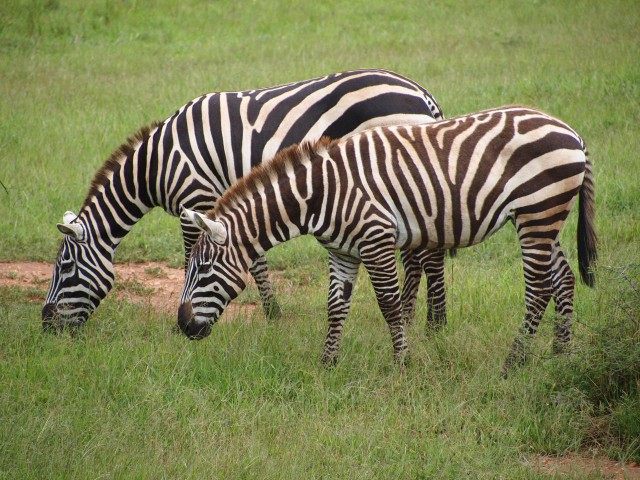 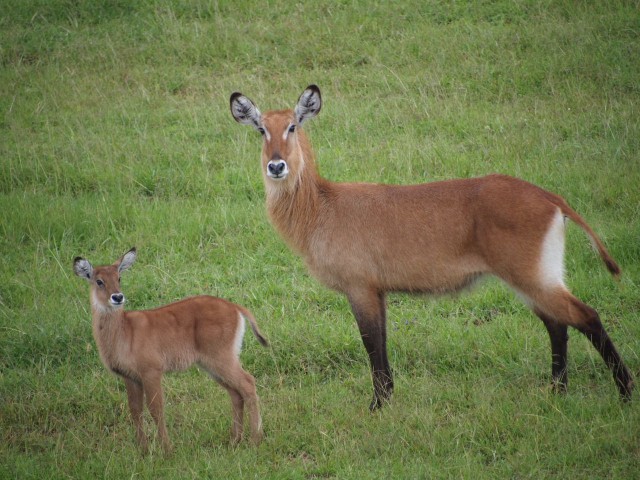 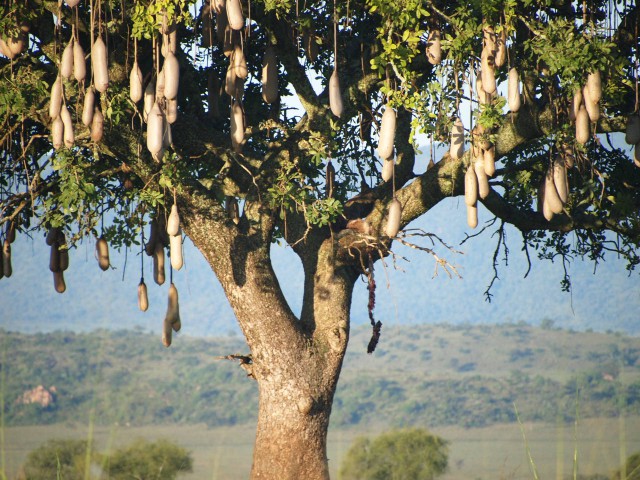 Is it possible to make a painting out of this Mr Corr? I have very few ideas of how this could be done. Perhaps a map? With a long twisting turning dangerous mud-infested road leading to the beautiful savannah where two blonde very smiley people are getting out of a more or less ruined silver Toyota to be met with all the animals? If it is possible, which I think it is, I put all my trust in you and your imagination. As colourful, as imaginary, as creative as you like. Mr Corr, no one can do this but you, no other artist’s work makes me smile like yours does…

Look forward to hearing from you very soon. Sophie.

Inspired by these heartfelt words and with the Peaceable Kingdom paintings of Edward Hicks as his own reference point, Christopher Corr set out to celebrate Sophie & Ben’s adventure in paradise… 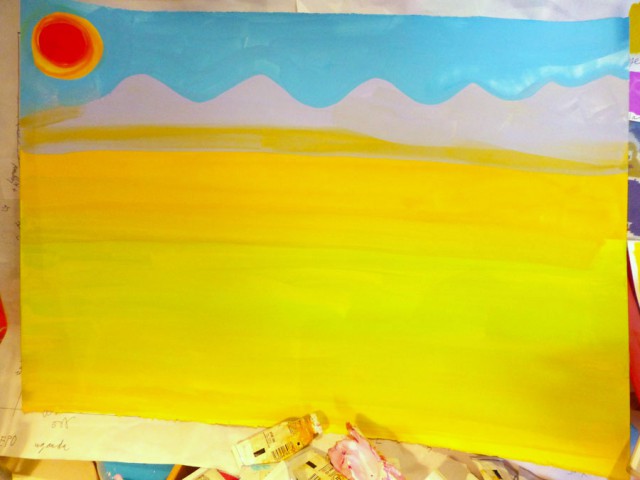 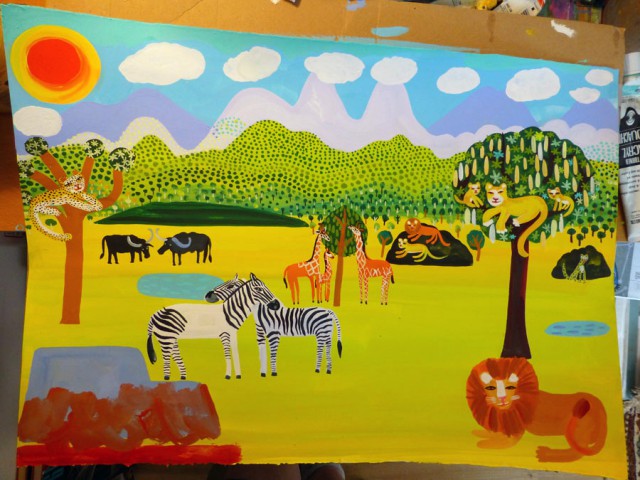 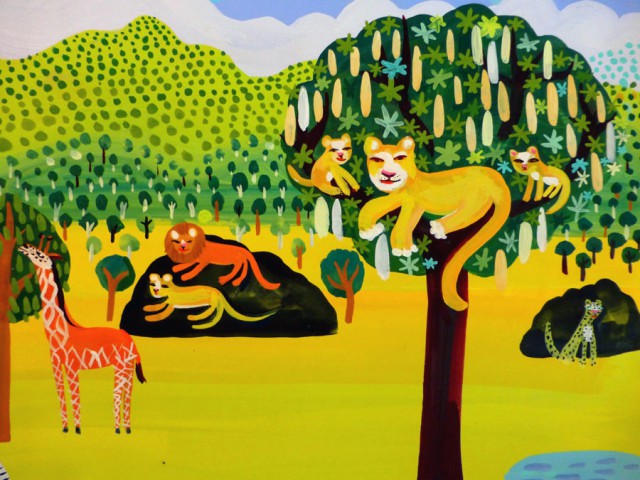 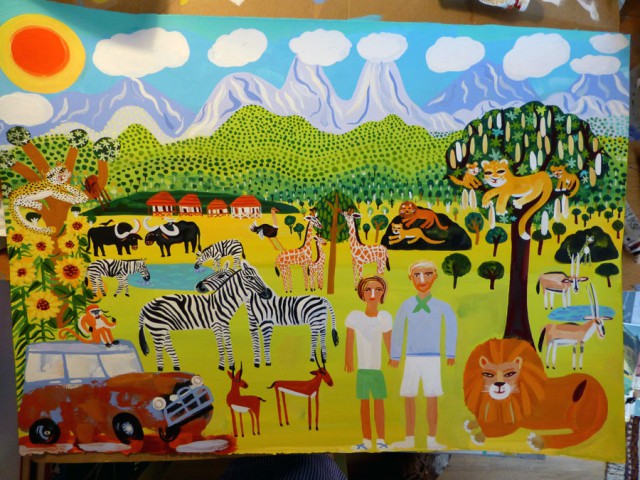 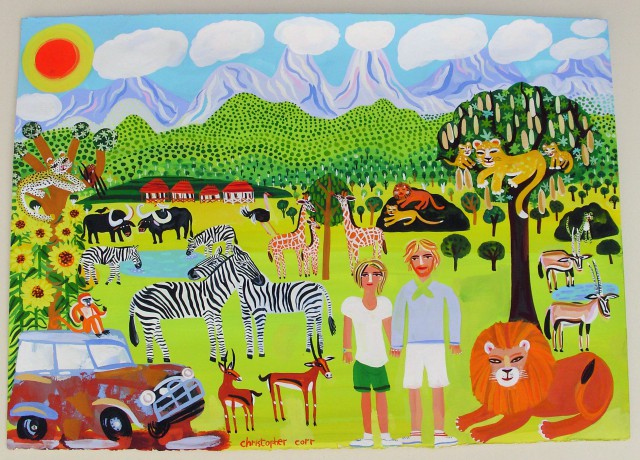 See more by Christopher Corr at The Rowley Gallery.