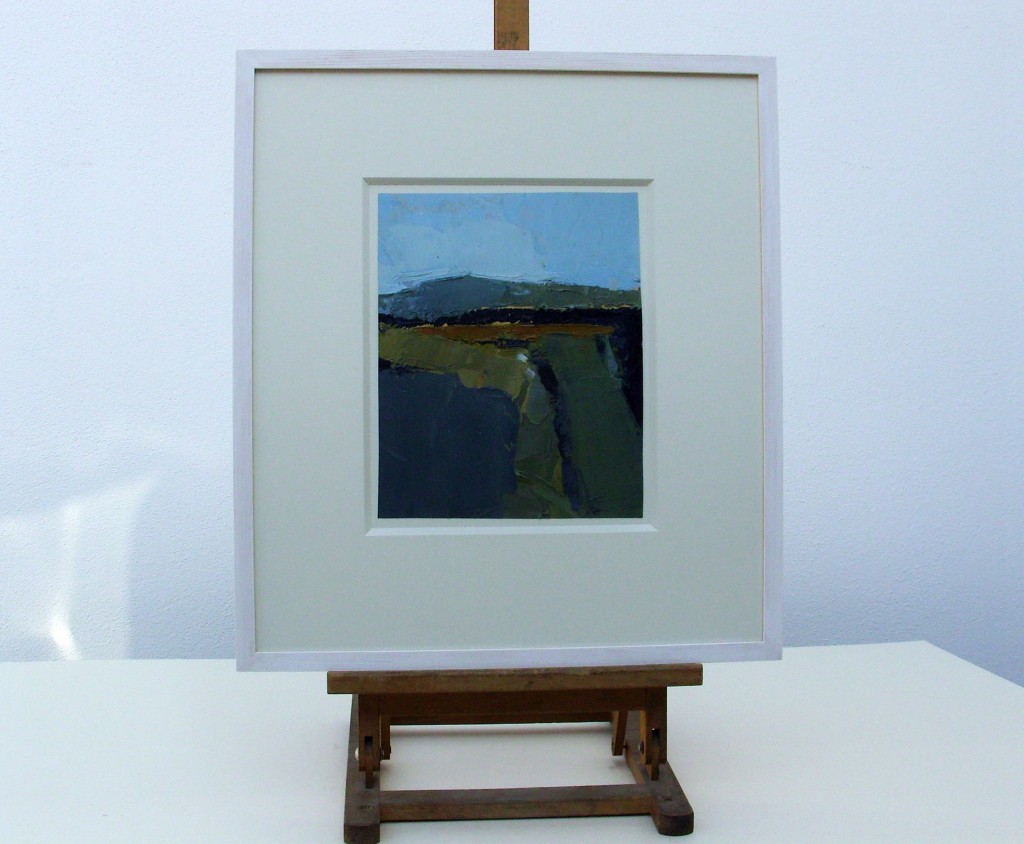 On Sunday I went down to Roche Court near Salisbury to see John Hubbard’s Paintings From The 1960s. They are beautiful atmospheric condensations on canvas and paper, displayed in a small light filled gallery in a corner of a garden overwhelmed with sculpture. This tranquil space is a refuge and standing before Rocky Woodland especially I was in a green shade reminded of the undercliff at Lyme Regis. There’s a lot to see. But I was not allowed to photograph it. So I will make do with some we framed earlier, for another exhibition, but one I now discover has just finished!

John asked us to frame these two early paintings and he very kindly wrote about them for this blog, but then forgot to mention when or where they would be exhibited. I only discovered those details this weekend. But no matter. This is what he said about them –

I made these little oils on paper in the summer of 1961 while on my honeymoon near Toulon, on the French coast. I’d found the spot the year before, I think at the suggestion of a French friend, and it consisted of a tiny house (two rooms up, two down) just outside the village of La Cadiere d’Azur. A beautiful name but not really a beautiful village, as it was very inward-looking and neither particularly friendly nor charming. We had our own small well and a snake that lived in the letter-box. I arrived with an unexpected wife, which caused a degree of suspicion in our landlady, but the larger of the upstairs bedrooms made a decent working space, with plenty of walls onto which work could be pinned or stuck. I’d seen a gorgeous exhibition by Nicholas de Stael the previous winter in Milano, filled with sunlight, invention and succulent blocks of colour. By 1961, I think he was already dead, by his own hand, one of those tragic mysteries. He inspired a lot of artists throughout Europe during the mid-20th century but today he is ignored. It is hard to accept such rigid judgements: why is something once thought so interesting turned into something banal? 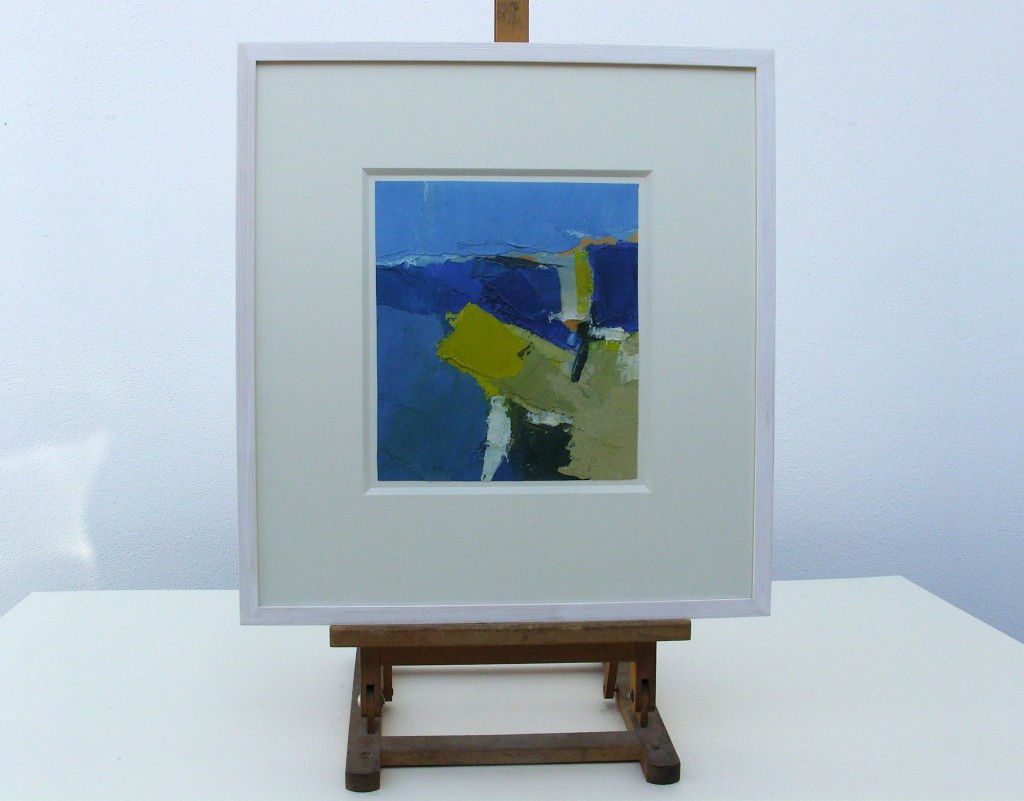 They were exhibited in Homage To The Hambledon Gallery at The Art Stable in Dorset. It was to celebrate 50 years since Kitty Wells, daughter of Orson, first opened her gallery and coffee bar in Blandford Forum in 1962. The exhibition included artists whose work was shown there in the 1960s and 70s. It was an extensive list – Prunella Clough, Mary Fedden, David Hockney, John Hubbard, R B Kitaj, Robert Medley, Henry Moore, Sidney Nolan, Howard Phipps, John Piper, Mary Potter, Ceri Richards, William Scott, Philip Sutton, Julian Trevelyan, Keith Vaughan and Henrietta Young.

Unfortunately this exhibition is now closed. A new one opens on Saturday, Cutting Through featuring linocuts and watercolours by Liz Somerville.

I love walking. It forms a major part of my work and life. Winter, also, is a perfect time to see a landscape, really see it, its bare bones, hard contours, unobscured structures and unadorned trees. Colour is minimal, still beautiful, but subtle. The way I construct a picture is to combine different elements that strike me about a particular place – the view as I show it may not be as it is in reality, but the image I produce evokes the essence of a place. A linocut seems to me to be the perfect medium in which to work with this subject.

You can see more work on The Rowley Gallery website by both John Hubbard and Liz Somerville.

One thought on “Dorset Landscapes”