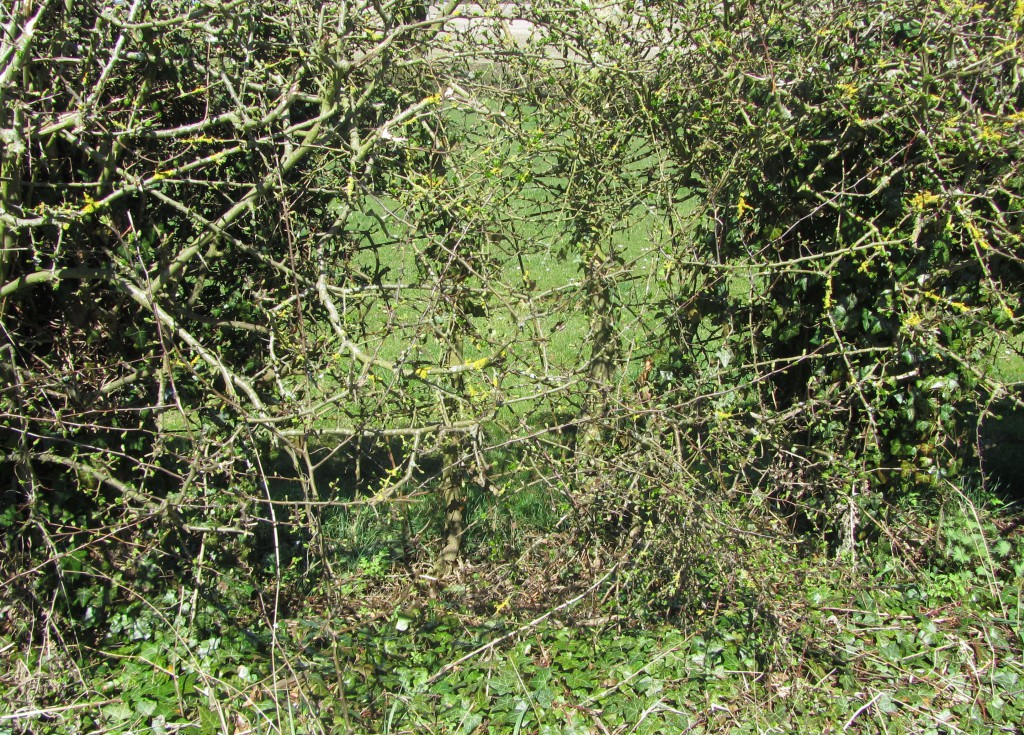 Suddenly last weekend there was unexpected sunshine. I fancied the coast, Sue wanted to go west, we wasted time weighing pros and cons and set out later than we should have. We finally settled on the Chilterns, Sue’s homeland and we began our walk from Butler’s Cross at the foot of Coombe Hill, site of geography field trips to the trig point at its summit. The surrounding hedgerows suggested snakes & ladders as much as chequers and the soundtrack was the song of the skylark. 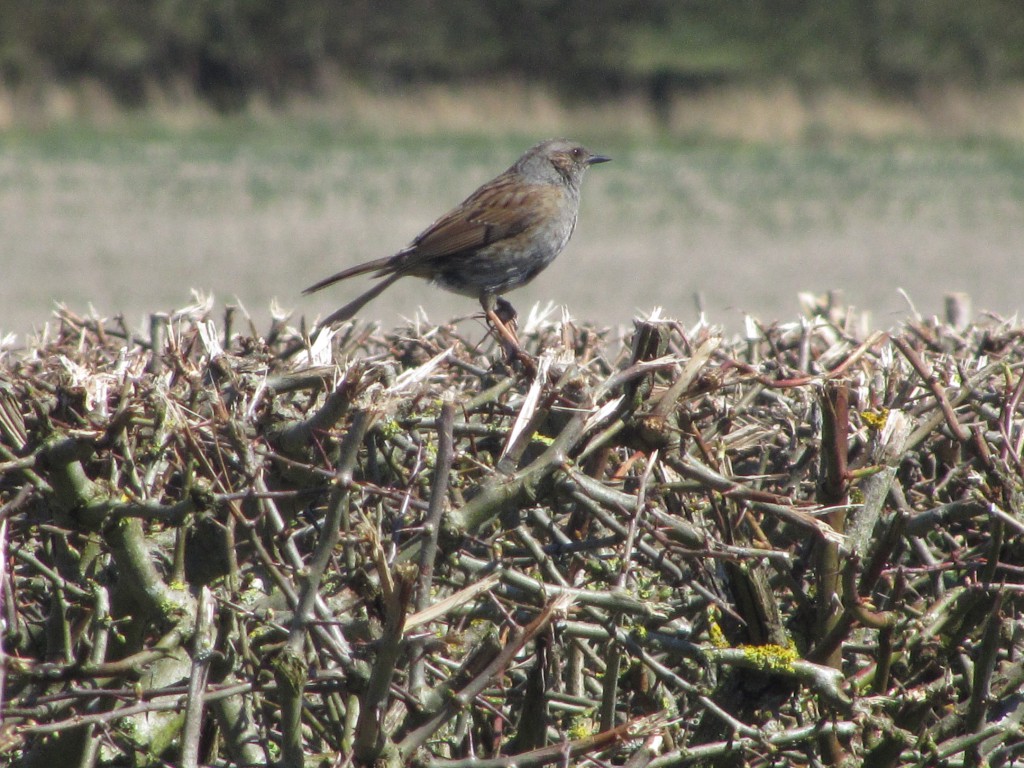 Or maybe it was the hedge sparrow, also known as the dunnock. As I stood there this little chap popped out of the hedge and we hesitated a while in mutual consideration, but he soon lost interest and flew off. 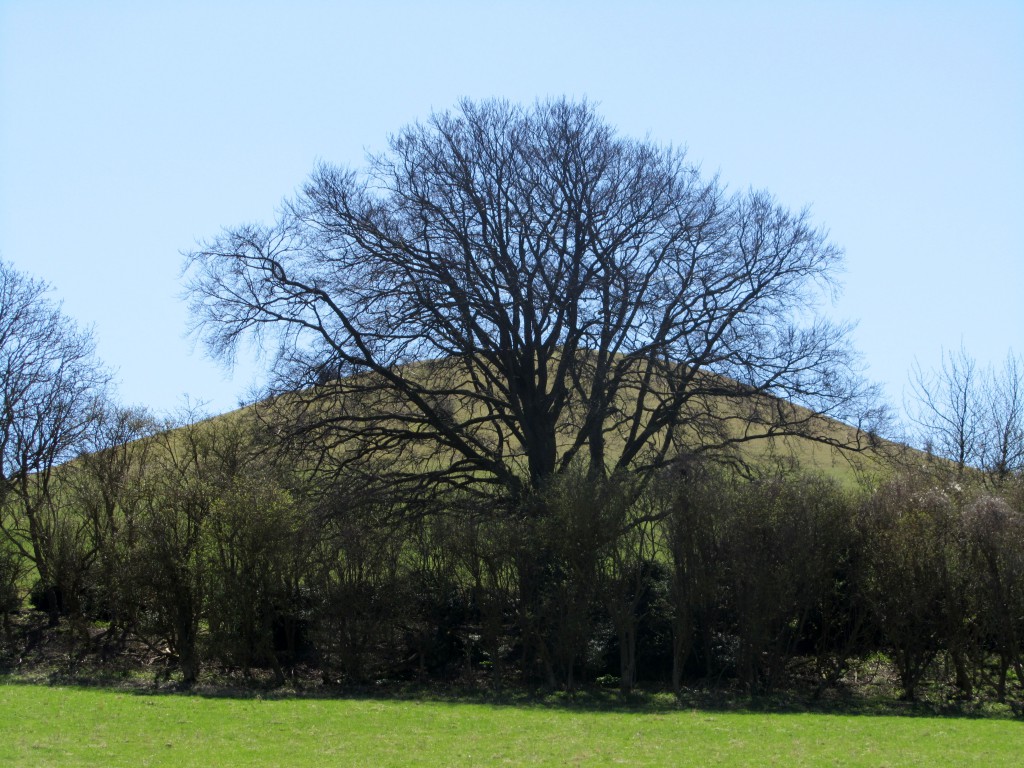 We continued through Ellesborough and headed for Beacon Hill. At it’s foot were large patches of turned over turf, the beginnings of a ploughed field but seemingly random and unplanned. Was this the work of badger? deer? rabbit? 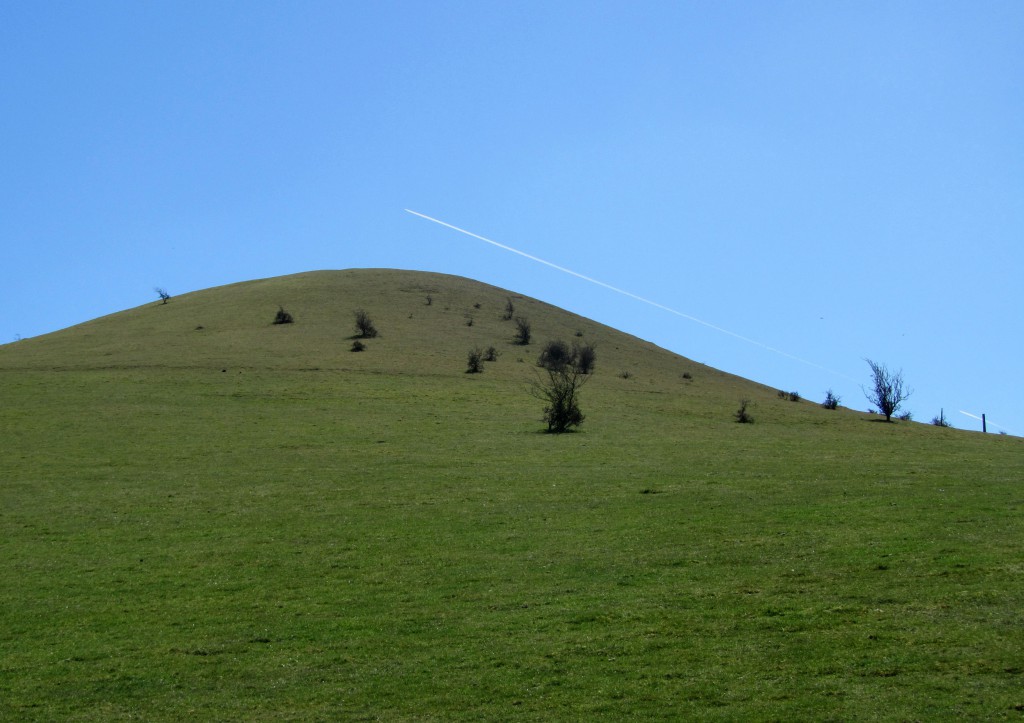 The hill rose up before us accented by vapour trails. We walked around its base and headed for the woods. Sue talked of returning to her roots and given the sad news earlier this week of the death of Richie Havens, I couldn’t help but remember his classic interpretation of Going Back To My Roots.

It’s a great piece of music, energising and uplifting, good on the dancefloor (if only!) I’ve never been one for portable music devices, iPods and Walkmans, headphones are claustrophobic, they cut out the birdsong. So, much as I love this music I couldn’t take it walking with me. 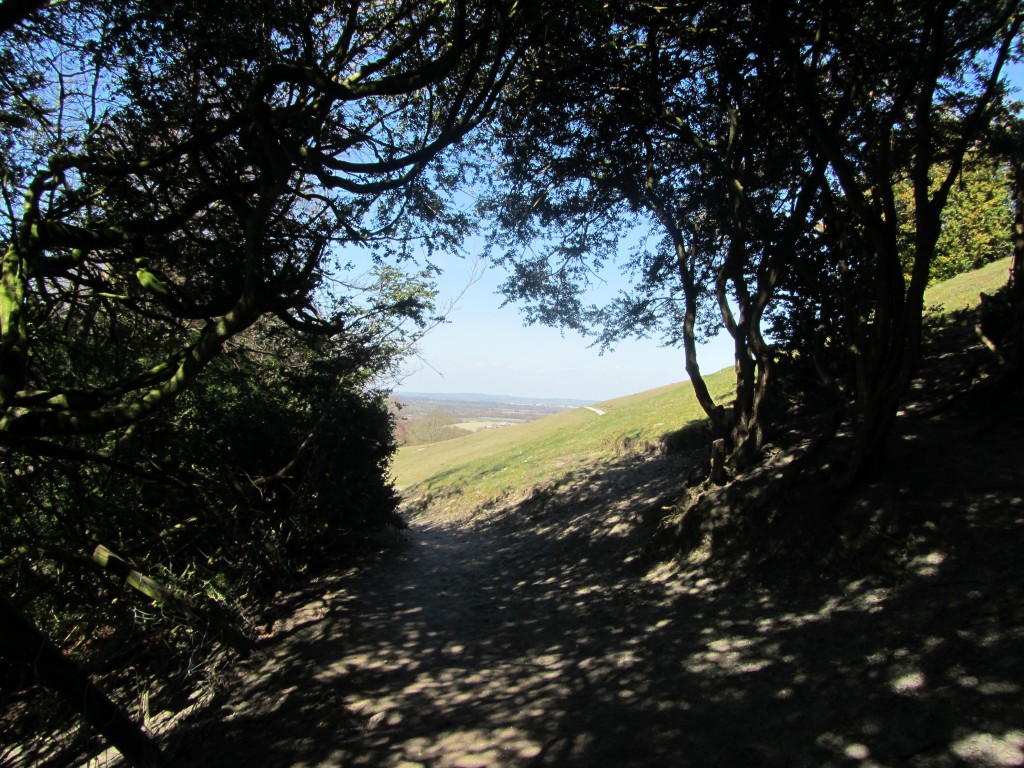 The path wound around the head of a wooded coombe and up a flight of steps to beech trees with budding branches against a surprisingly blue sky. There were new primroses beneath the shadows of snaking branches and deer tracks in the soft earth. It seemed we had been indoors much too long. It was such a joy to be out again amongst all this unexpected beauty. 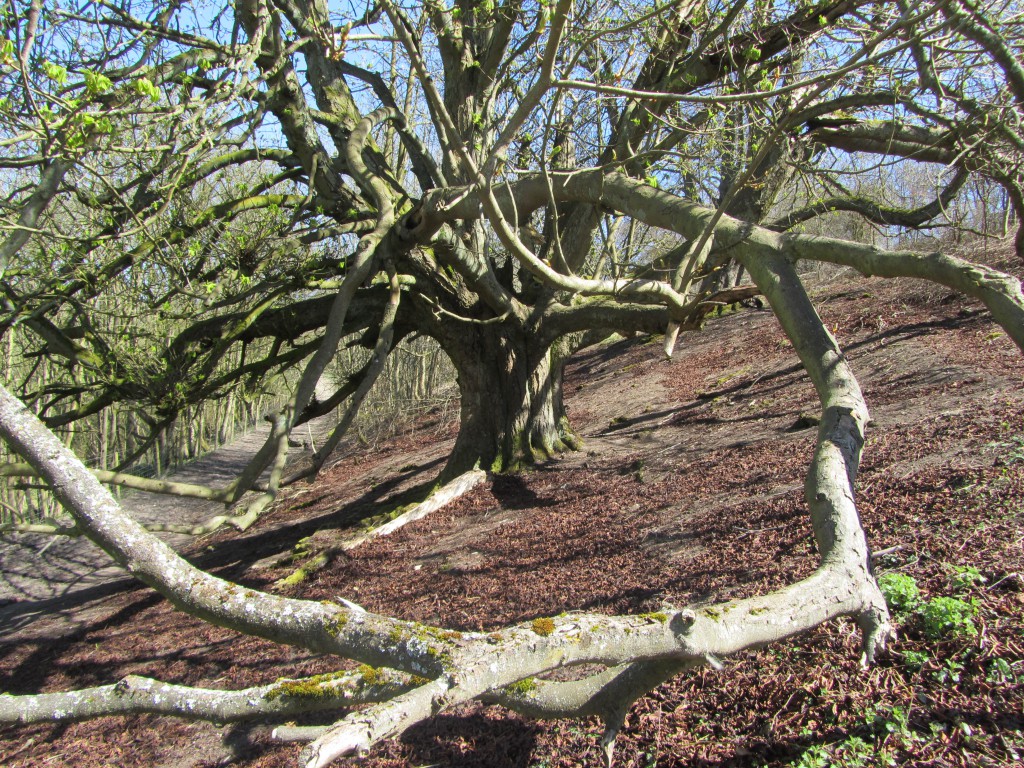 But it was lunch time and the map we were following showed The Bernard Arms to the west so we decided to take a detour down by this spreading chestnut tree to the village of Great Kimble. 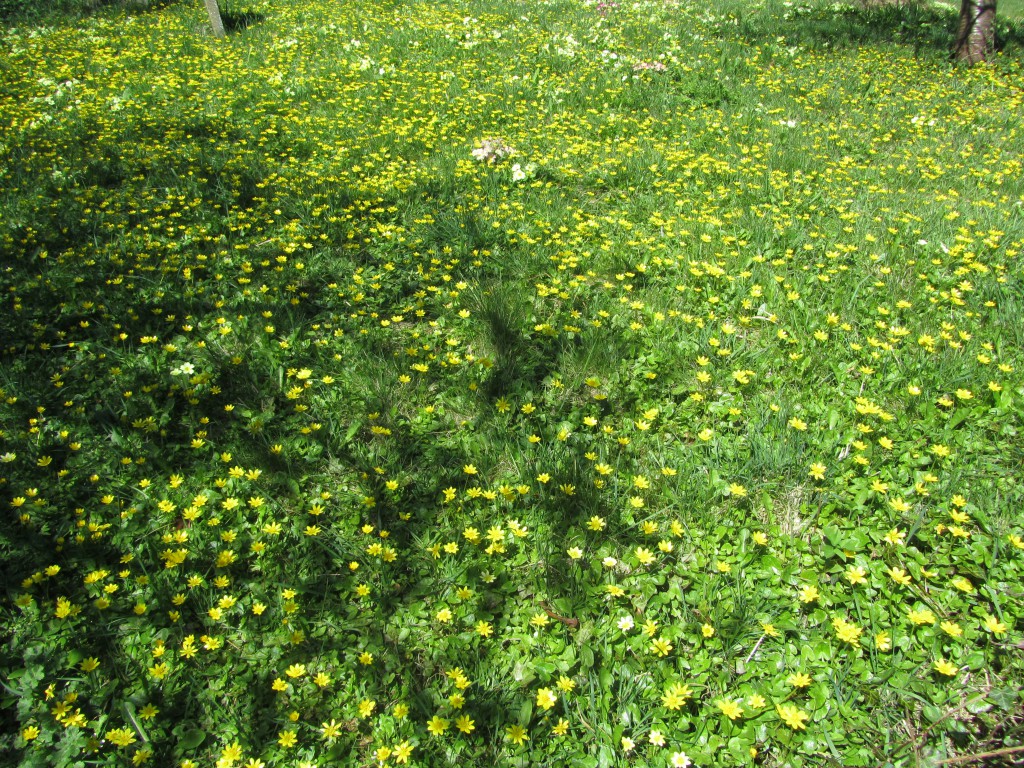 According to the guide book – The Bernard Arms offers a good quality menu and relaxing surroundings where you can study photographs of several prime ministers. John Major and President Yeltsin are pictured with their wives outside the pub in the 1990s. Harold Wilson also called in for a pint on his last Sunday in office in 1976 and was photographed with his wife in the bar. But Sue & I didn’t get a photo opportunity. The pub was closed down, empty, sealed up. A chalk notice board promised refreshment further afield at The Swan so away we went striding westward. 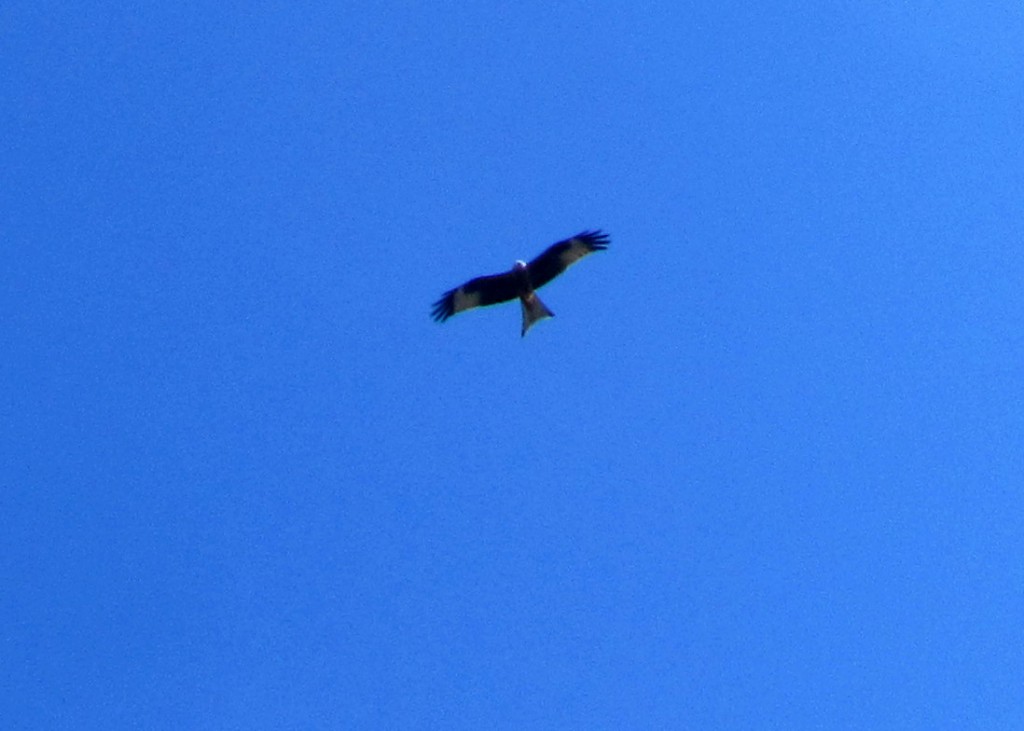 After lunch and a couple of pints of Red Kite I started seeing them everywhere, though not always through the viewfinder of my camera. There were at least ten shots of just empty blue sky. 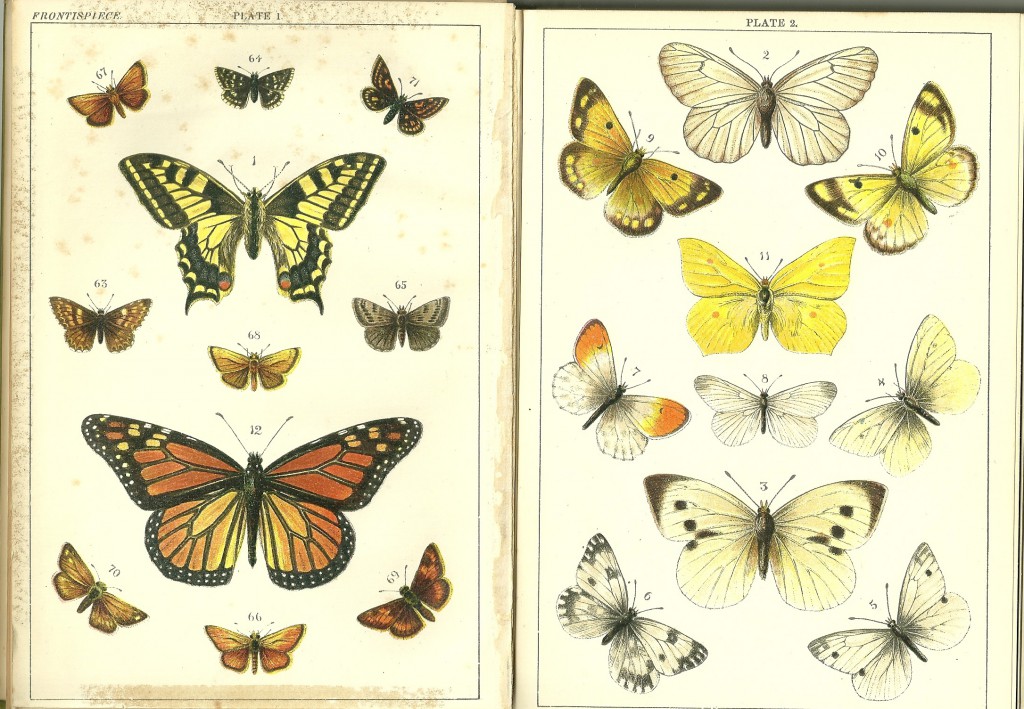 We climbed back up the steep track towards the Ridgeway. A fox crossed our path and a brimstone butterfly (plate 2, fig 11) fluttered along beside us most of the way up to Pulpit Hill Fort. 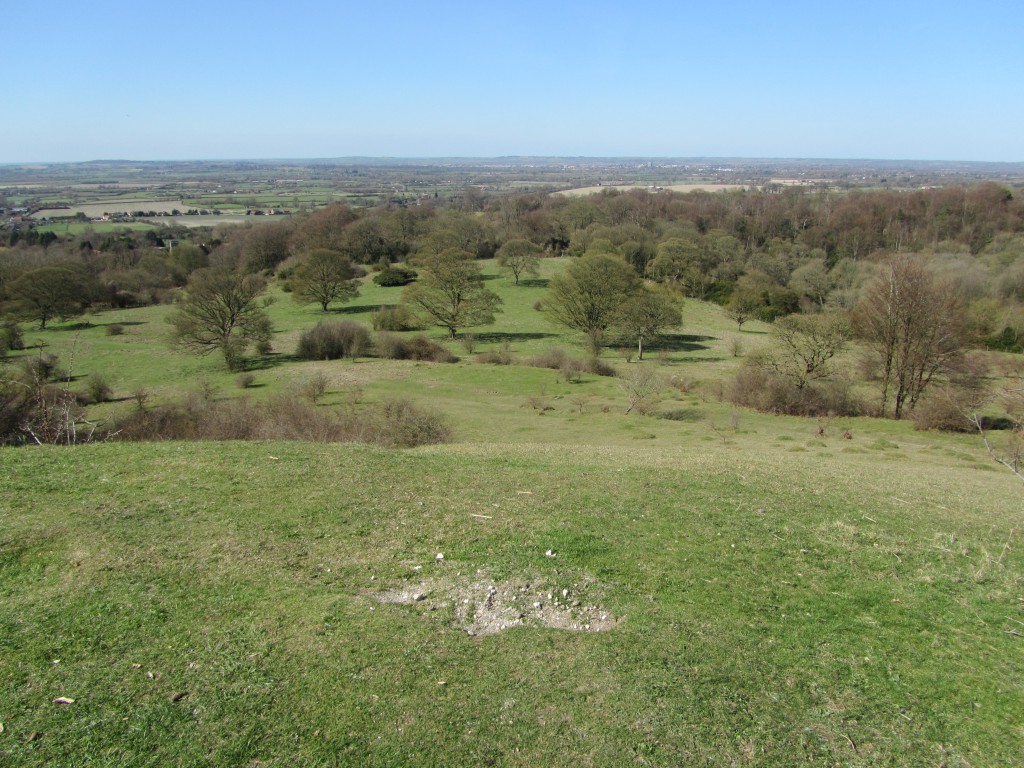 At the summit there’s a fabulous view across the Vale of Aylesbury. From here we rejoined the route of our intended walk, which led us tiptoeing gently through a field of cattle, cows with their calves and one enormous, sitting bull who was most definitely not to be disturbed. 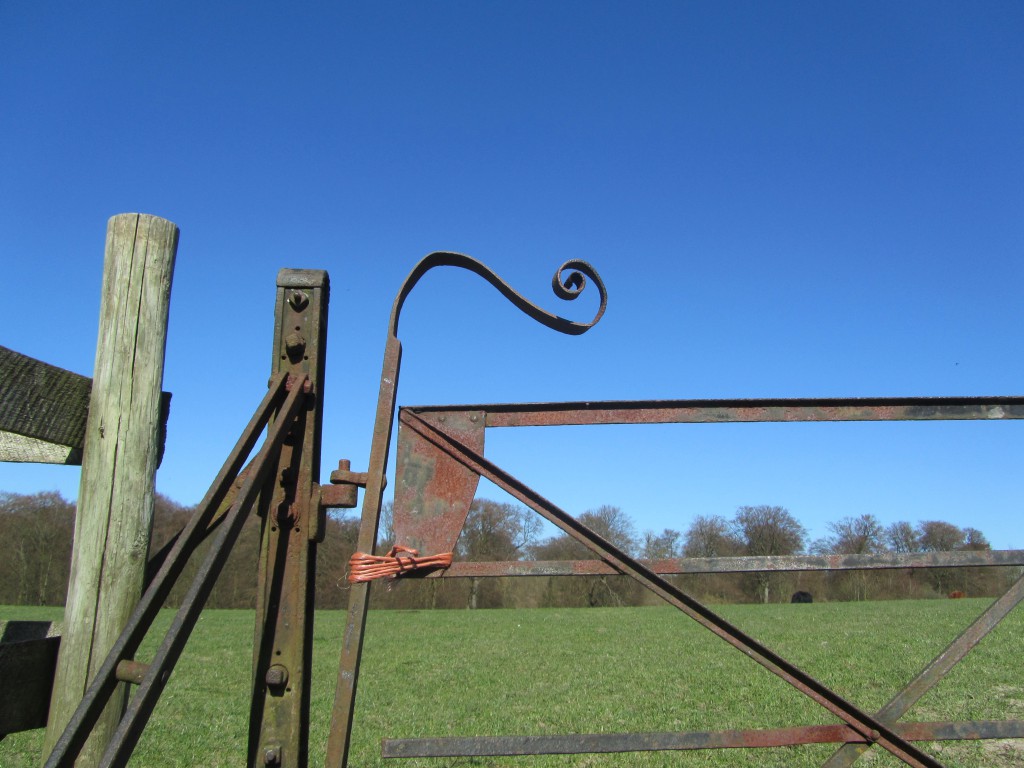 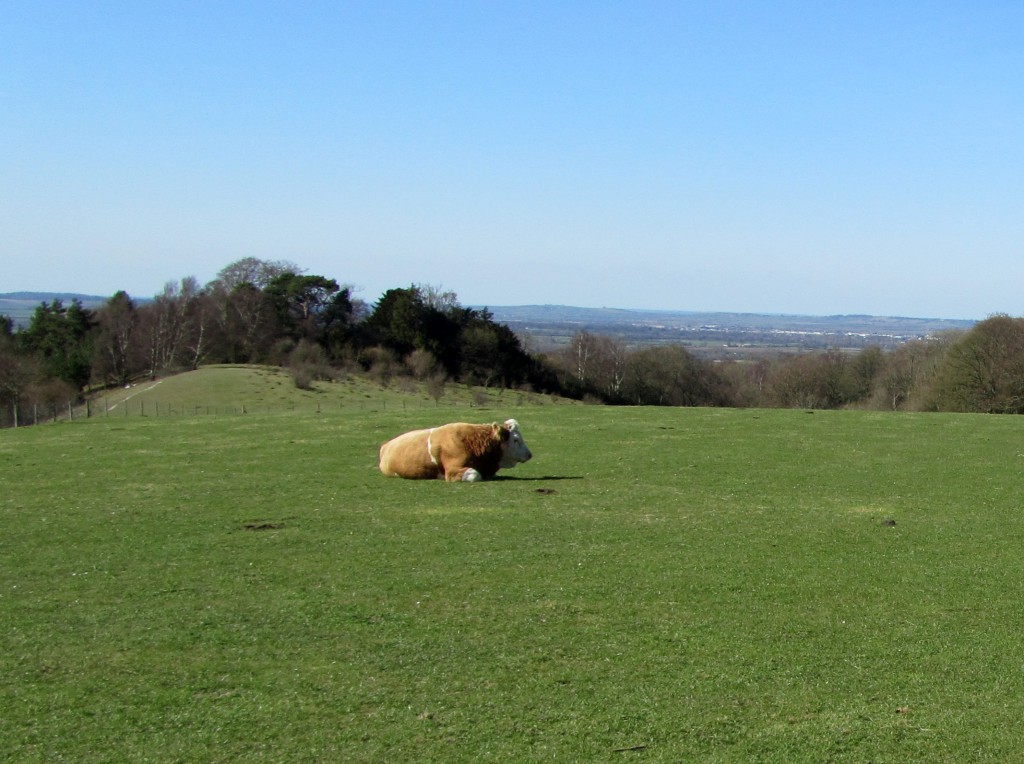 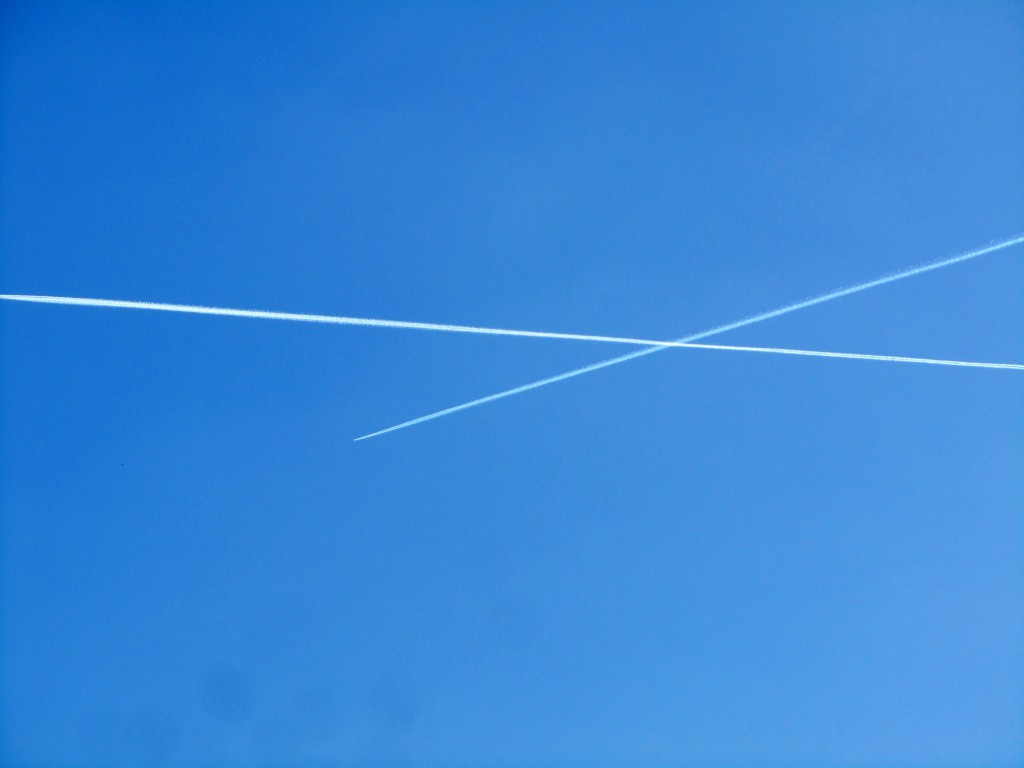 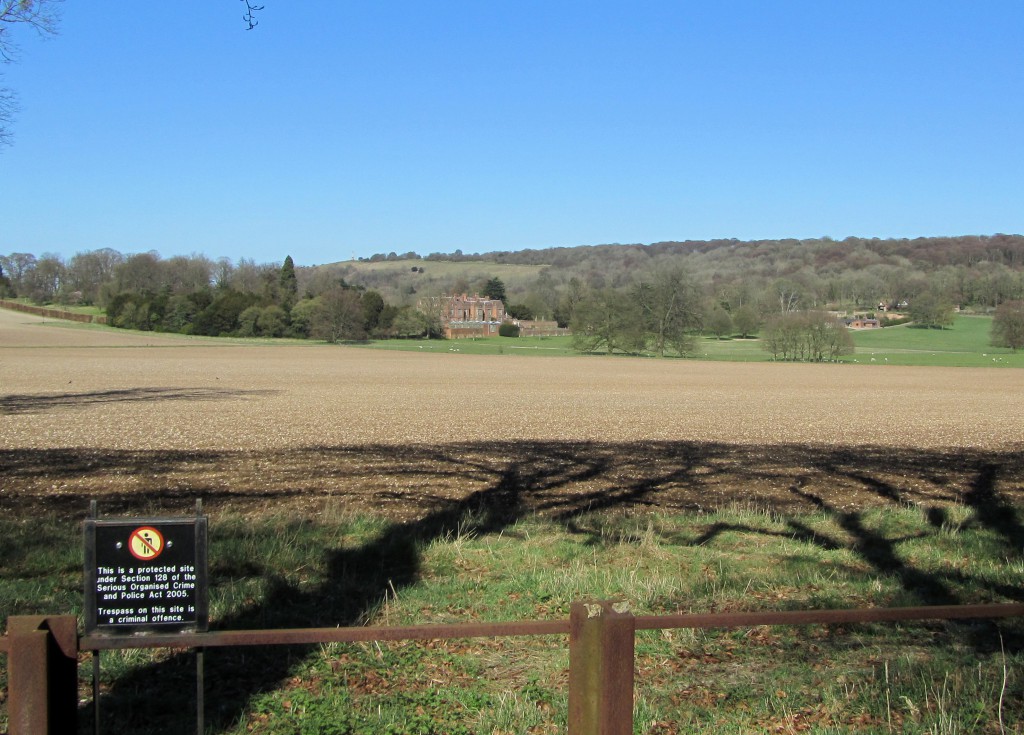 We skirted around Chequers, the prime minister’s country house retreat. The perimeter fence was less rustic than usual, built from girders to prevent attack by the tanks no doubt lurking in the woods. 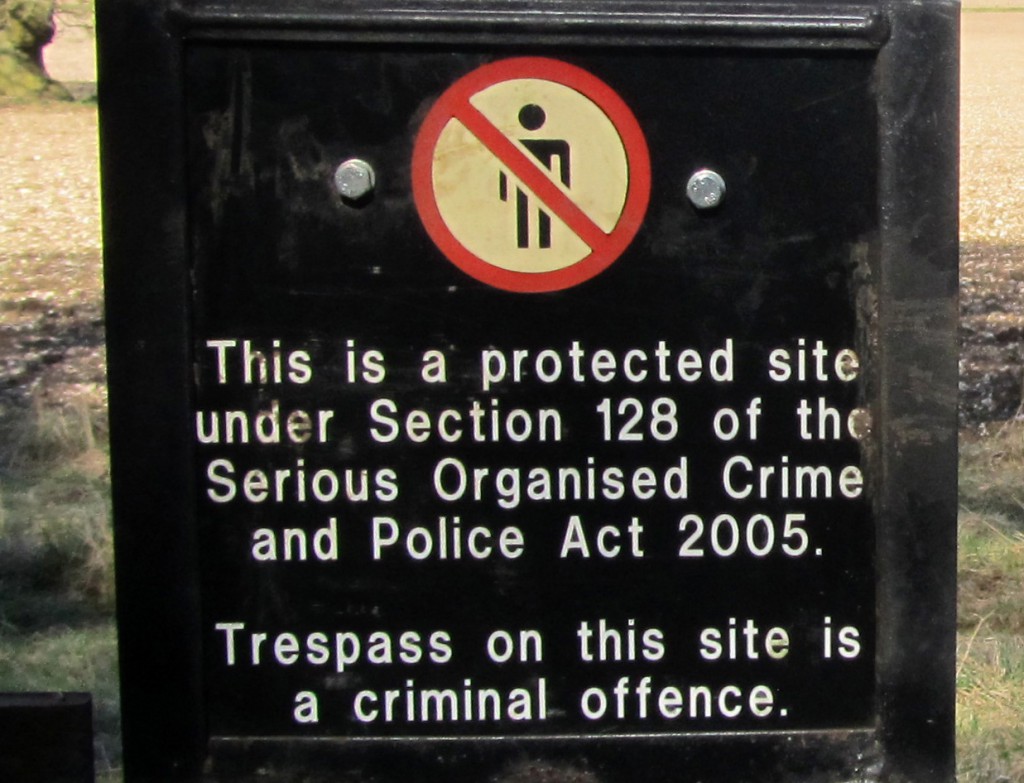 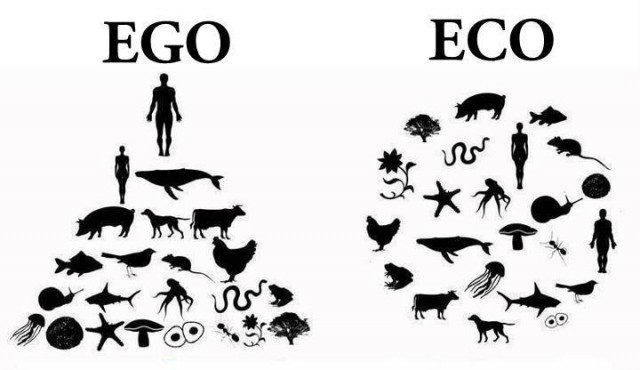 As soon as the surveillance cameras were looking the other way we quickly updated the warning signs. 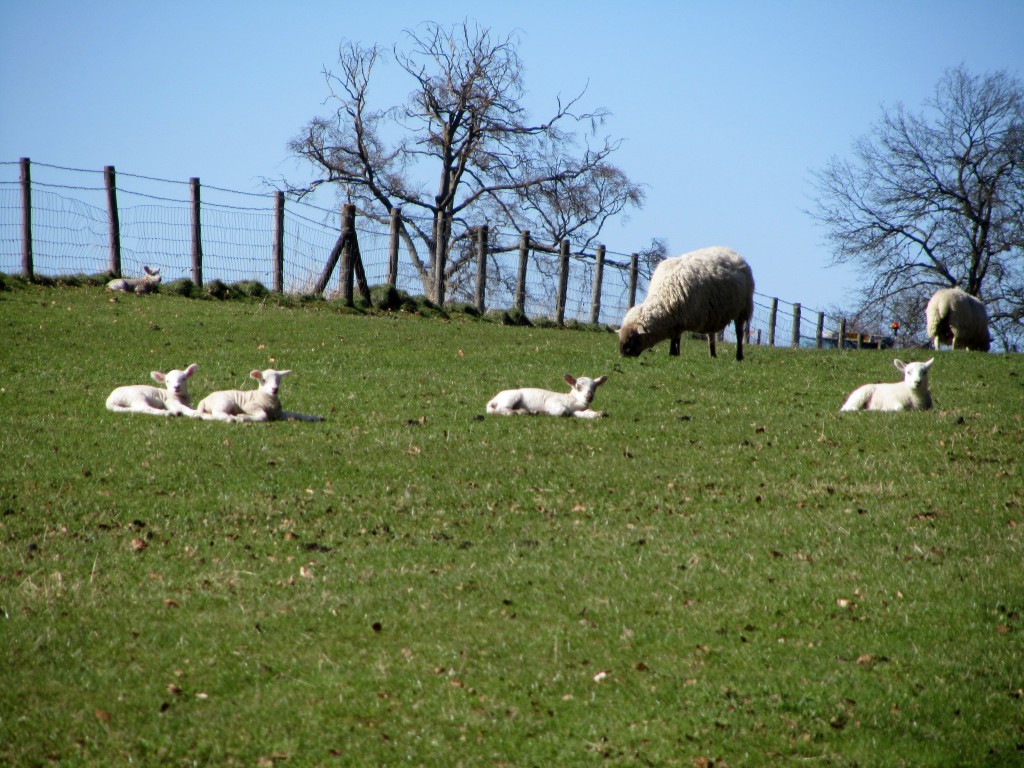 We walked around the edge of the estate then across the main drive, past statuesque ash trees holding great balls of mistletoe and grand old elms, survivors of the Dutch plague. No international heads of state seemed to be in residence, the only guards appeared to be these lambs. Sue remembered motorcades through Amersham as a child, halting local traffic in favour of international diplomacy. 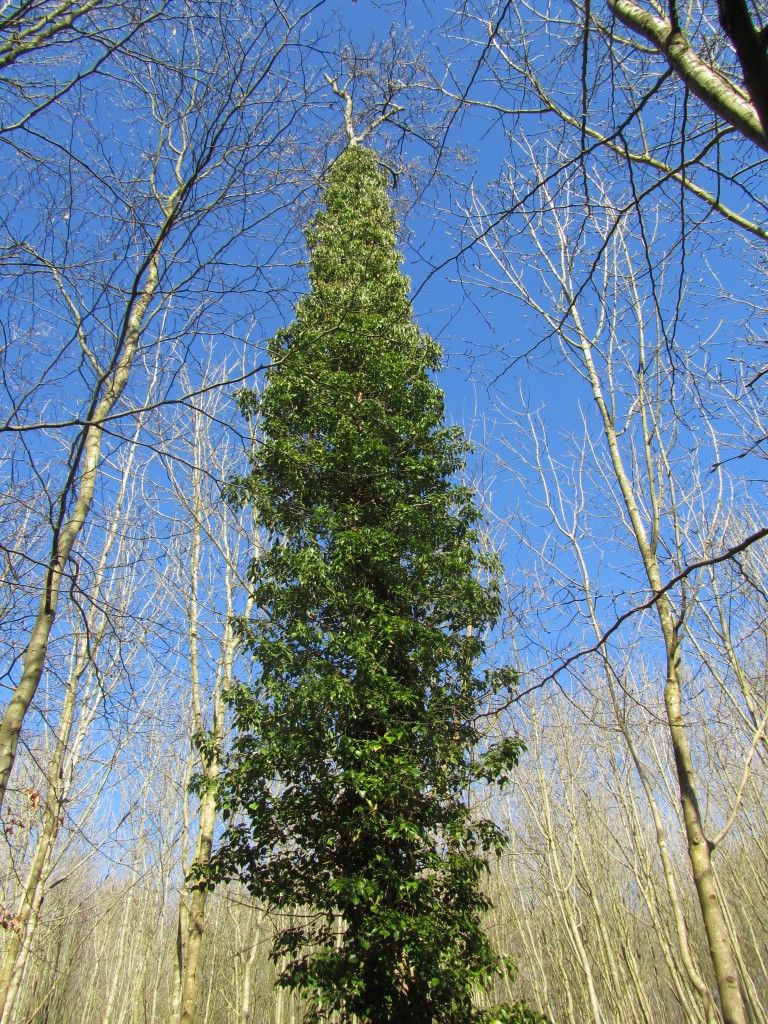 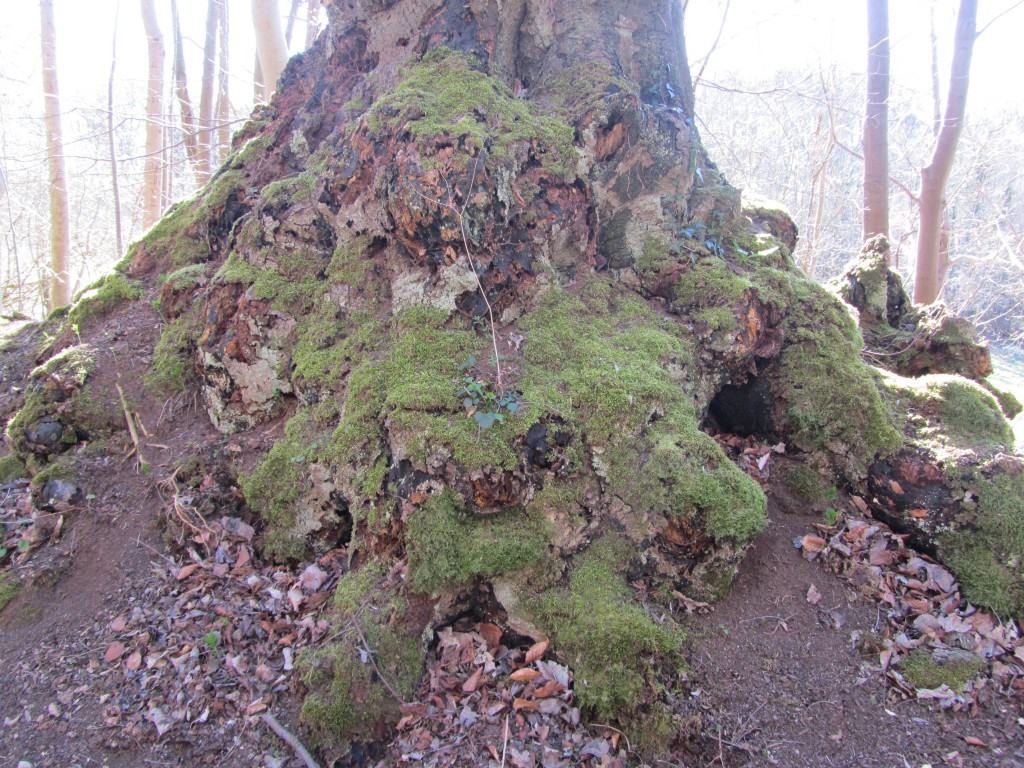 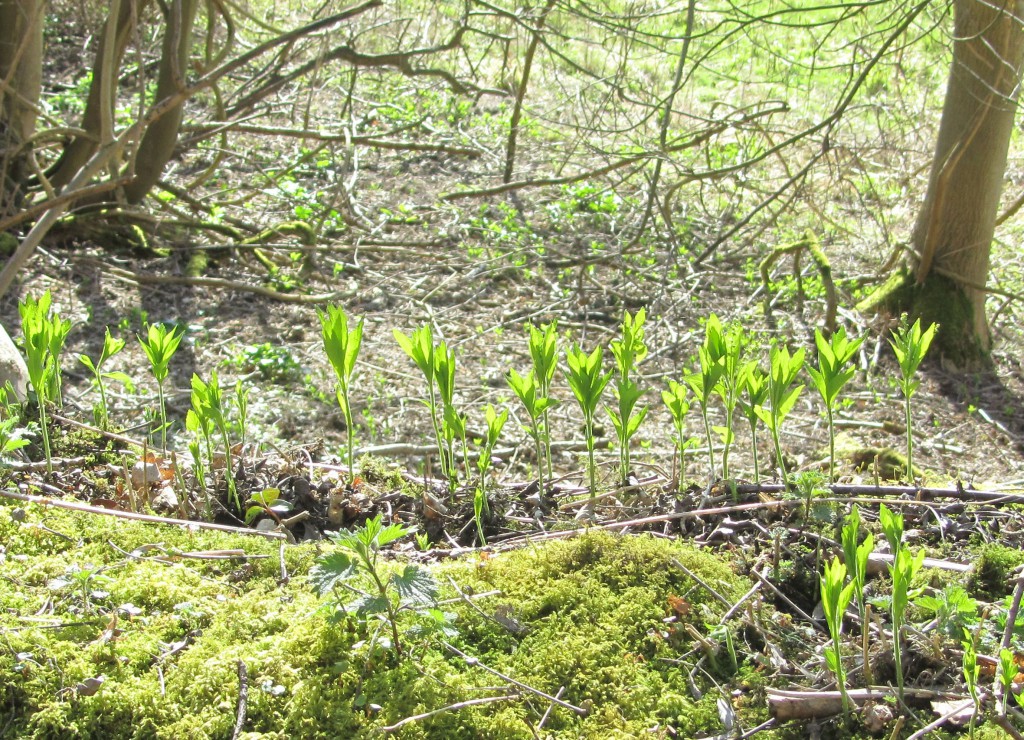 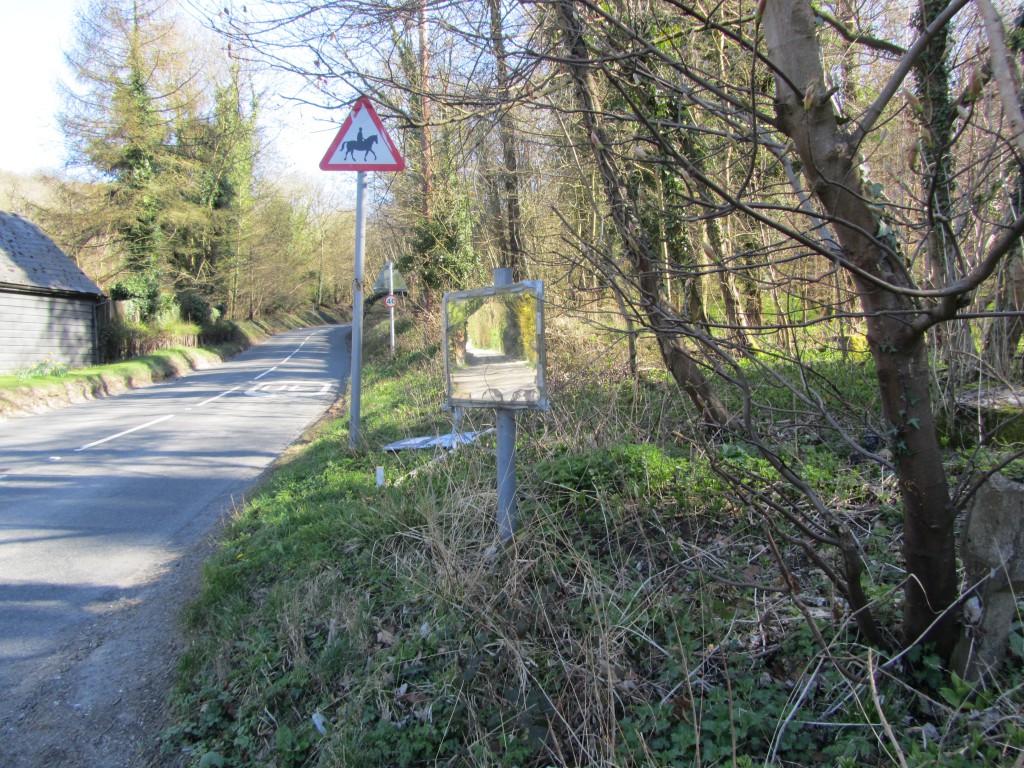 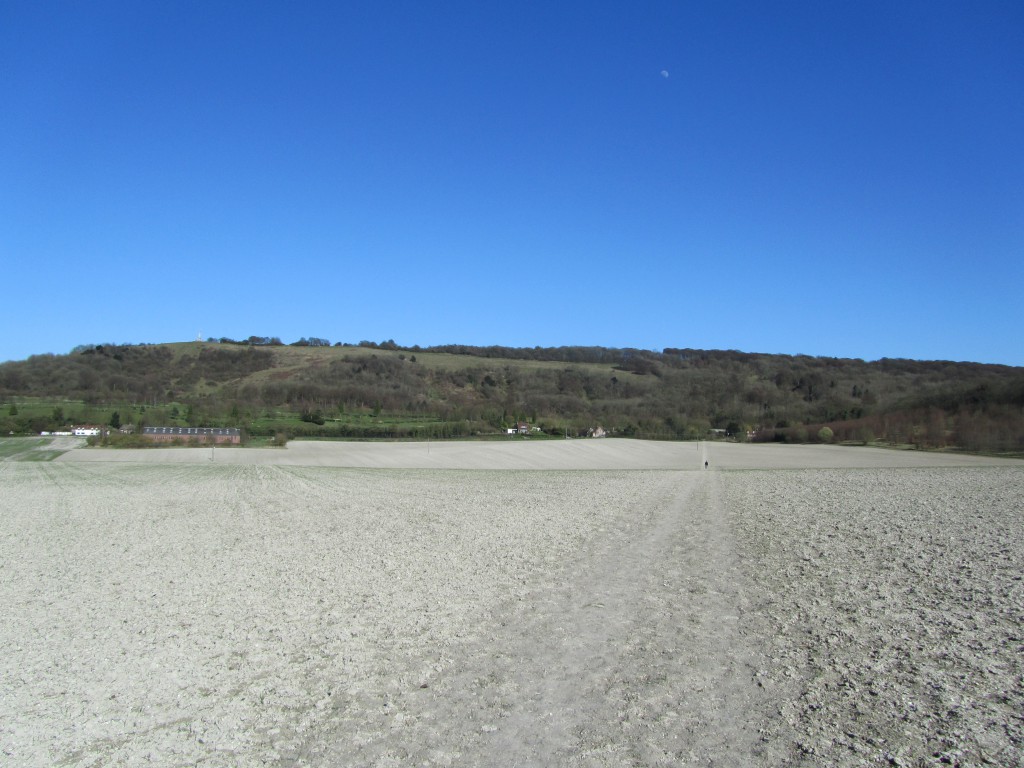 We continued through the woods to Coombe Hill Farm. The last stretch took more than ten minutes across this lunar landscape ploughed field of chalk downland. There were once abundant hedgerows here but at least today we had the novelty of sunshine (look closely and there’s also moonshine).

Walk the walk – Chequers, Country Seat of our Chosen Leaders.

One thought on “Chequers”