Werner Herzog was granted exclusive access to the Chauvet Cave in the Ardèche Gorge in southern France. The caves are not normally open to the public. They were discovered in 1994 and found to contain the earliest known paleolithic cave paintings, now estimated to be 30,000 years old. Herzog made a beautiful and moving film, illuminating the paintings hidden so long in the dark. 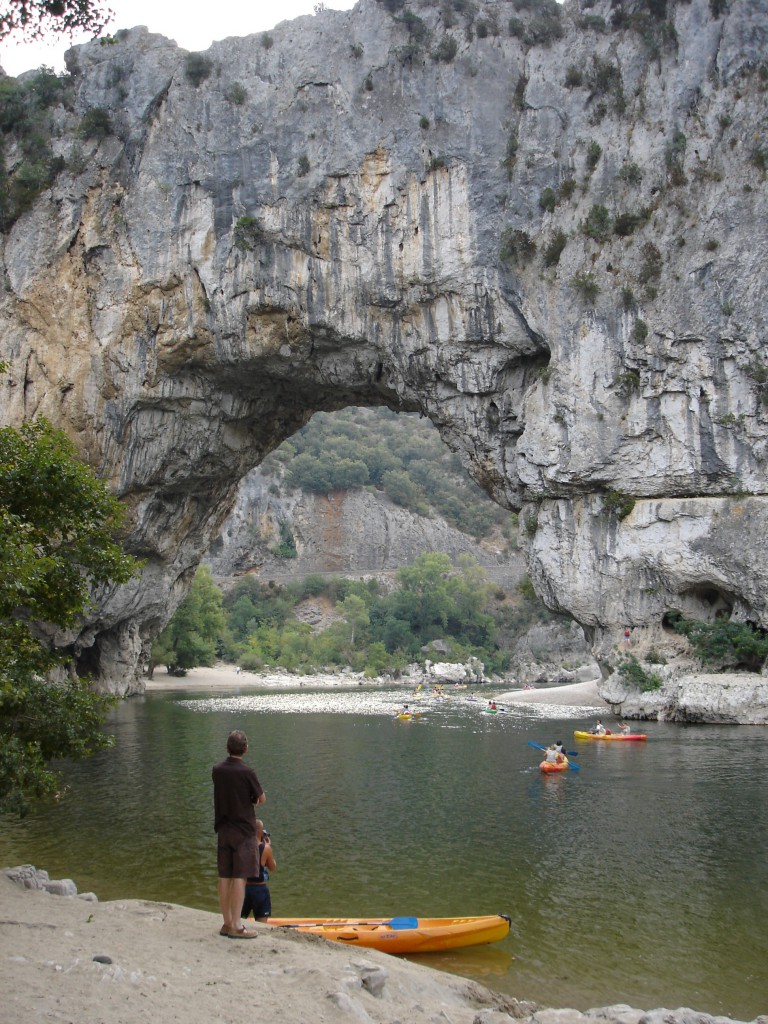 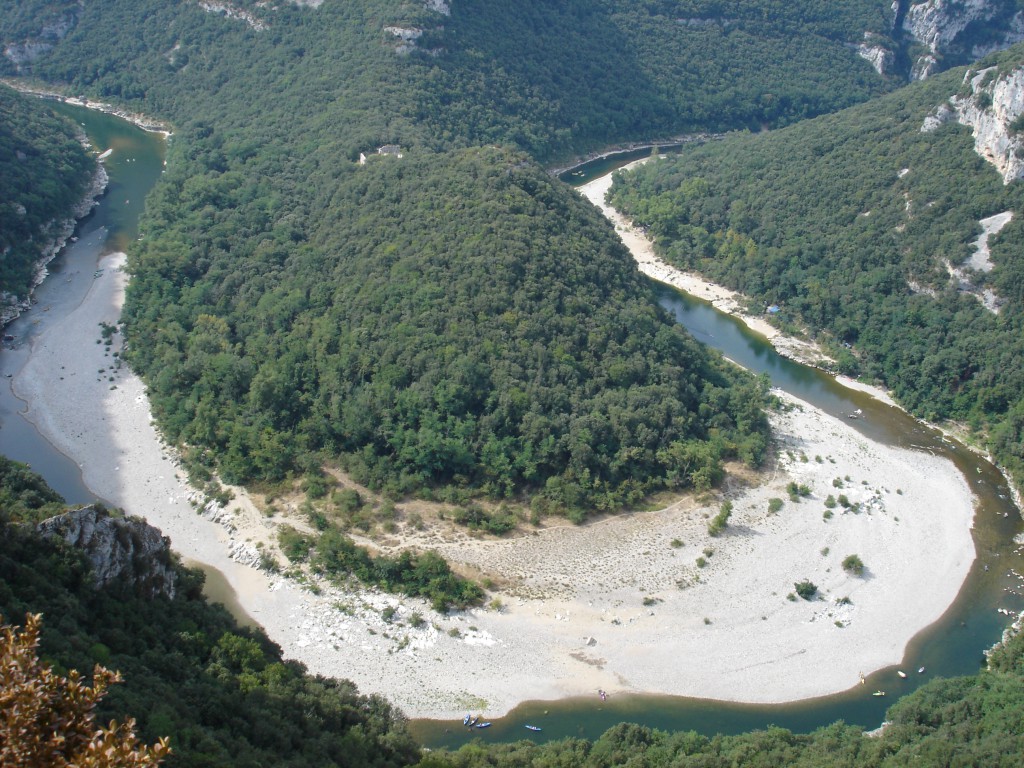 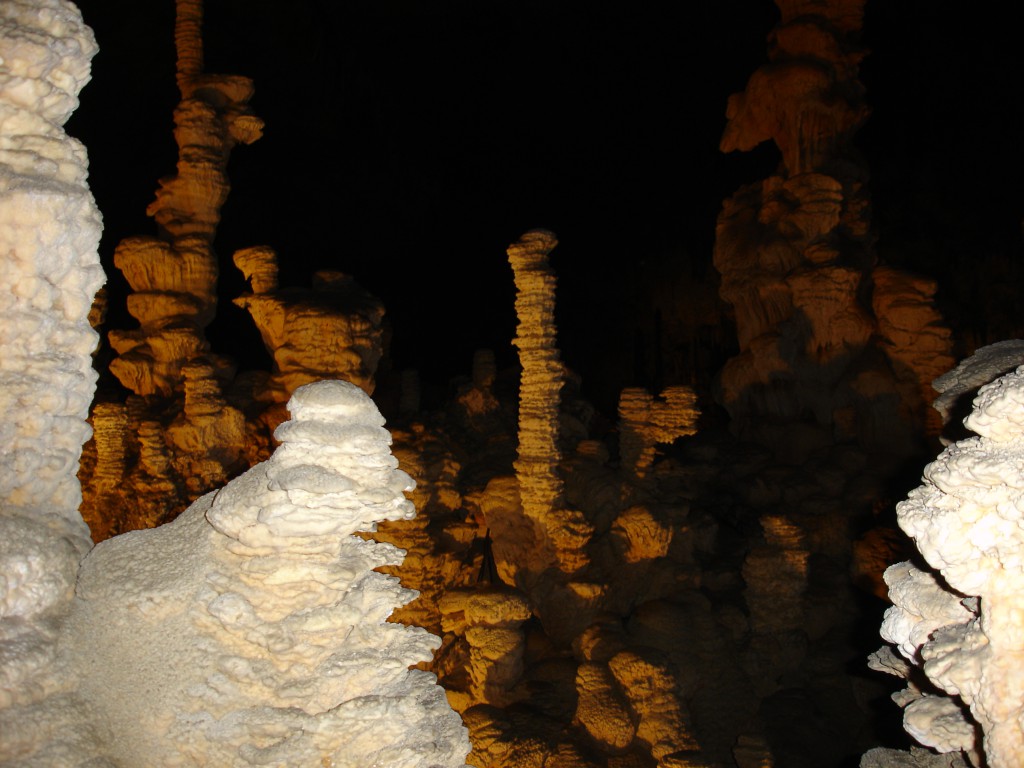 The three photos above are holiday snaps from 2006, firstly standing before Pont d’Arc in the Ardèche Gorge, unaware Chauvet Cave was just around the corner, then looking down into the gorge and the great meandering river, and lastly in the nearby Aven d’Orgnac cave, famous for its spectacular rock formations, but no paintings.

Further north, in the Dordogne, many paintings were discovered in the caves of Lascaux, but now sadly closed to the public. Visitors brought pollution which caused mould to grow in the cave, damaging the paintings. Many of them are recorded in the book, Lascaux Or The Birth Of Art by Georges Bataille, and this is from the introduction:

…But these prehistoric paintings bear witness to what art was when art began. They reflect something strangely akin to our modern sensibility and, bridging the distance between then and now, leave us with the feeling that, in its ordinary sense, time does not exist…

This idea was explored with a nice conceit in the Ice Age Art exhibition at the British Museum where modernist artworks were juxtaposed alongside exquisite examples from prehistory, as if to say Picasso, Matisse, Arp, Mondrian, Brancusi, Moore, Brassai were speaking that same tribal language. 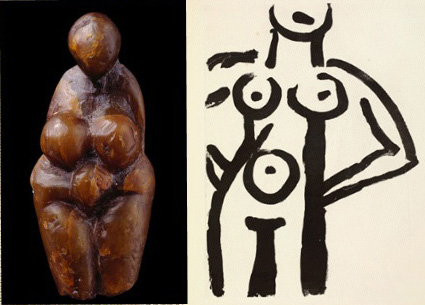 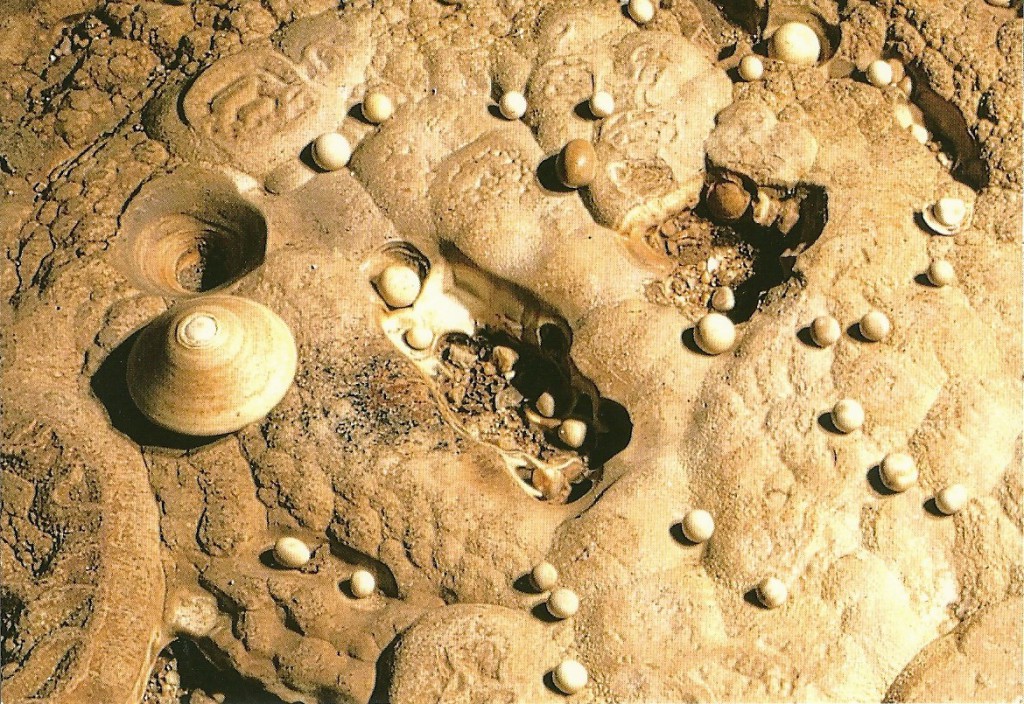 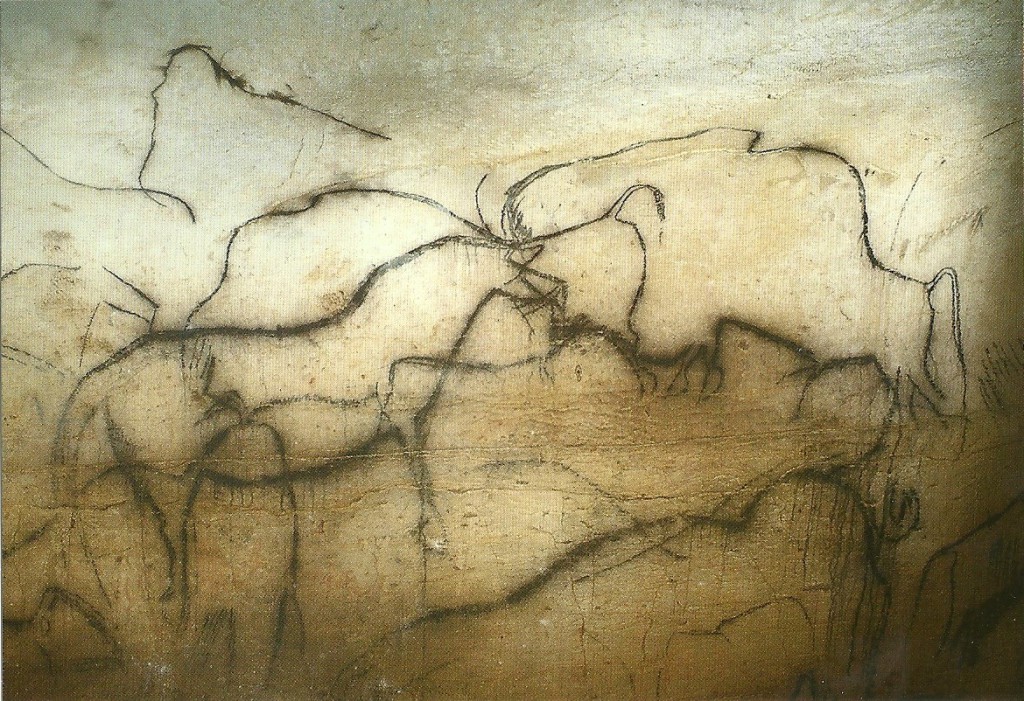 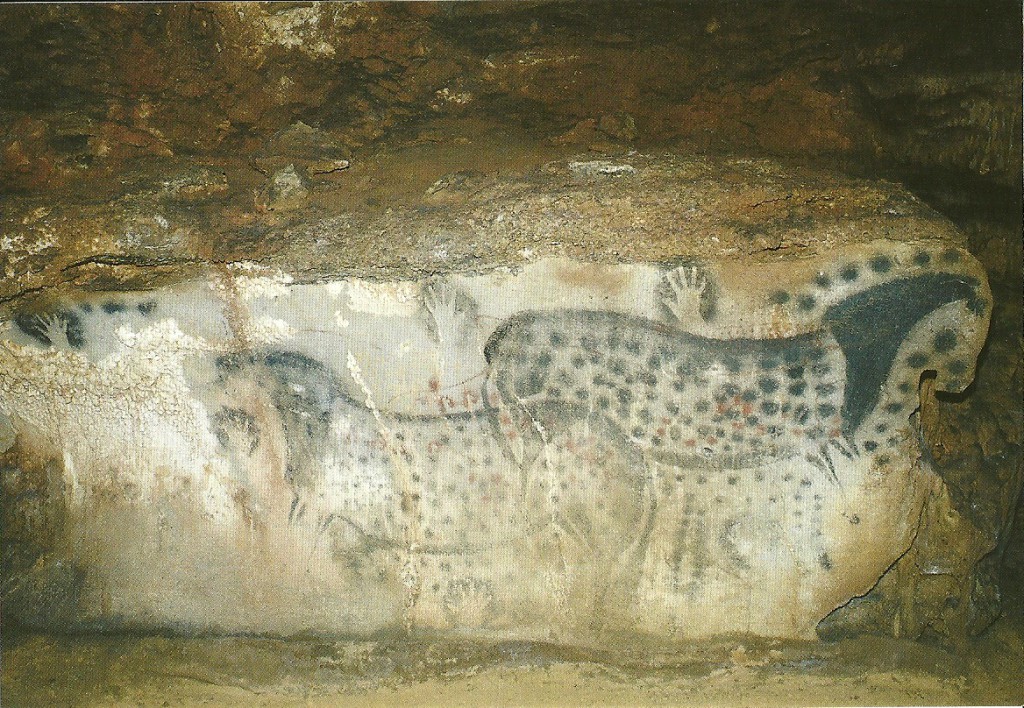 These last three images are not my photos but postcards from Pech Merle cave in 2010. Cave Pearls & Spinning Top are calcite formations polished by running water, then charcoal drawings of a horse and bison from The Black Frieze and finally the wonderful Dotted Horse Panel. The horse on the right was painted to coincide with a natural rock formation shaped like a horse’s head. By the cave exit the roots of a living oak tree fall 60 feet from the ceiling to the floor. It’s a wonderful place but without a film crew and a soundtrack by Ernst Reijseger it’s not quite so amazing as the Chauvet Cave.

3 thoughts on “Cave Of Forgotten Dreams”