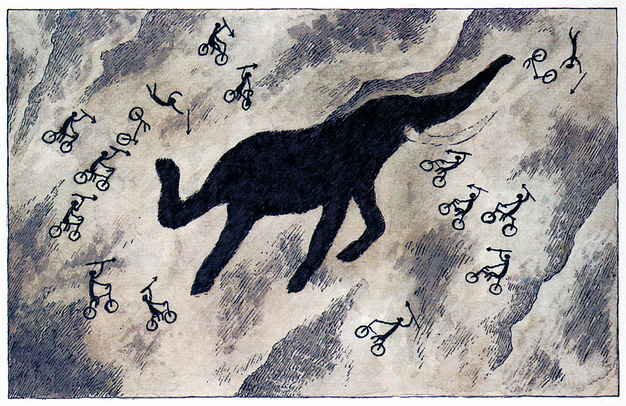 Dominic has recently been turning up for work a little the worse for wear, bearing the scars of his daily encounters with rogue cyclists. It seems a cavern has been found beneath Notting Hill Gate where this prophetic cave painting was discovered. Thames Water have closed the road whilst they carry out investigations but frustrated cyclists continue their journeys on the pavement. 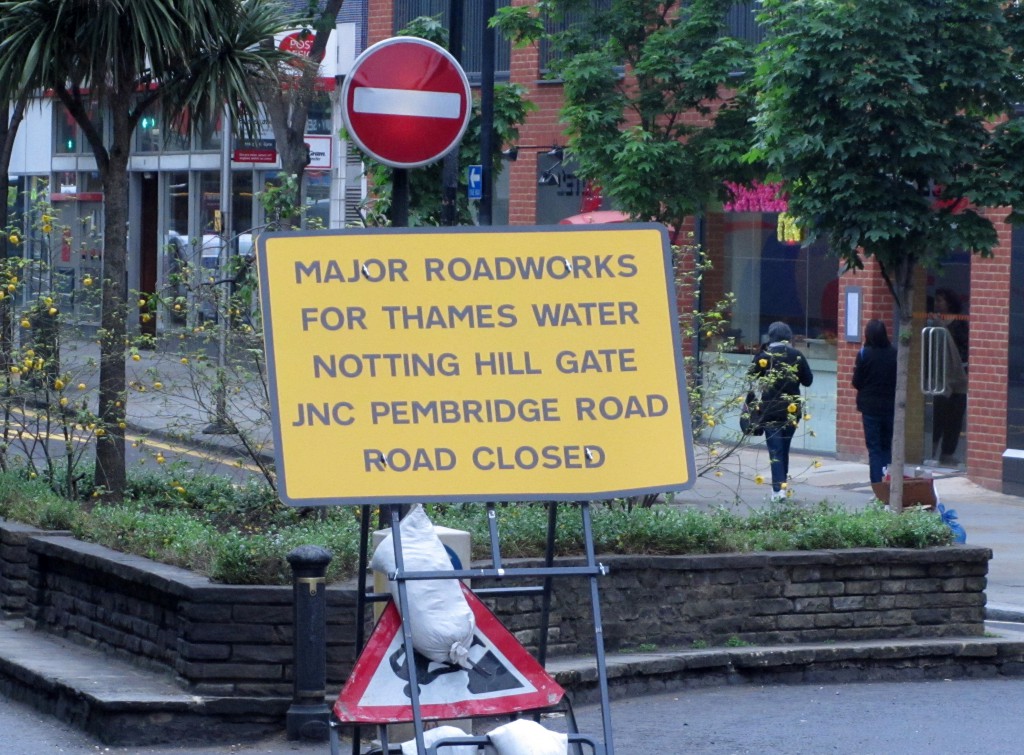 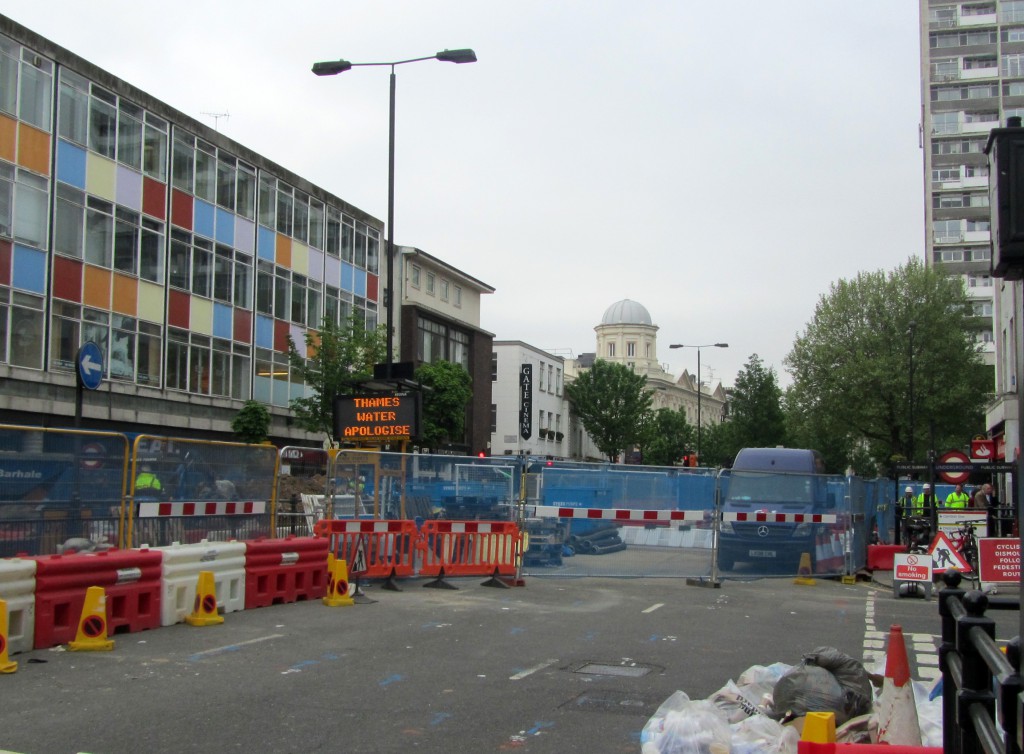 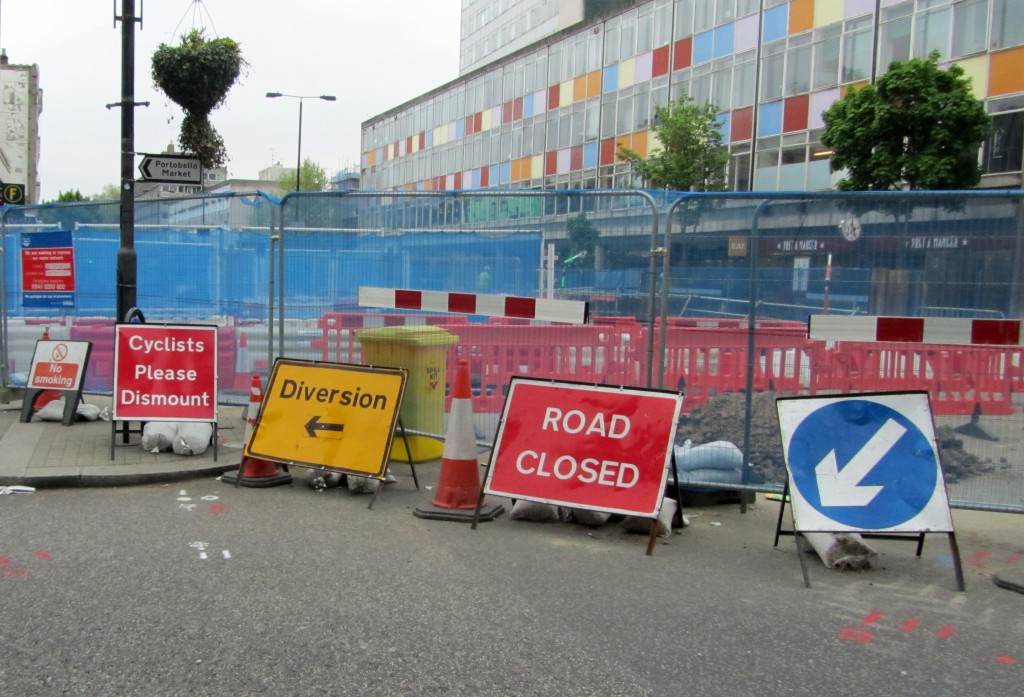 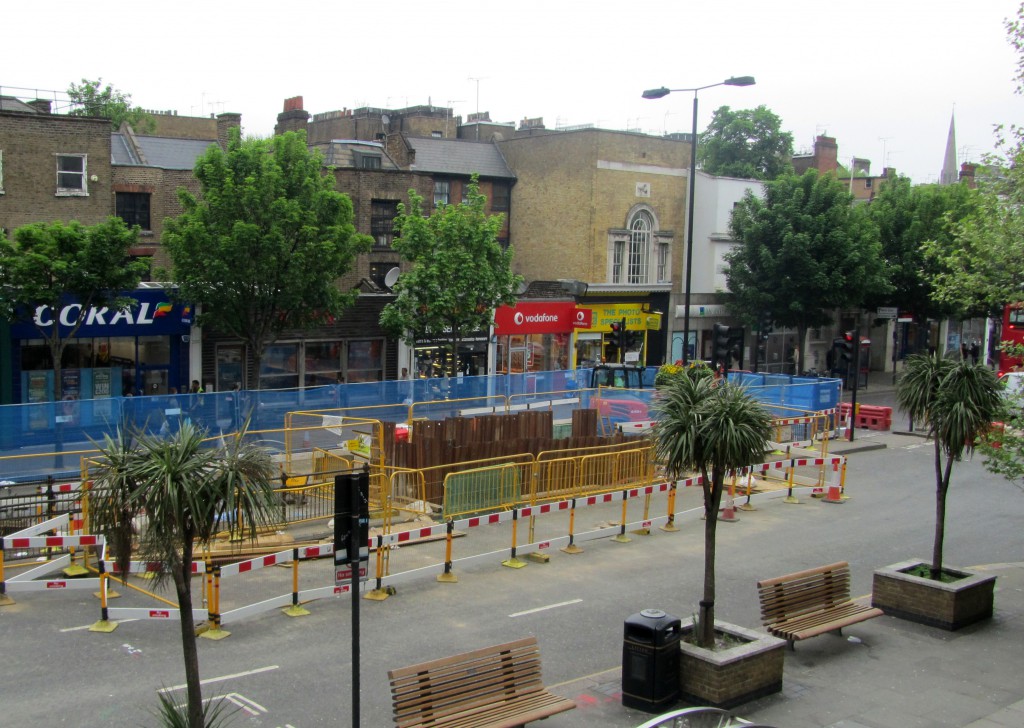 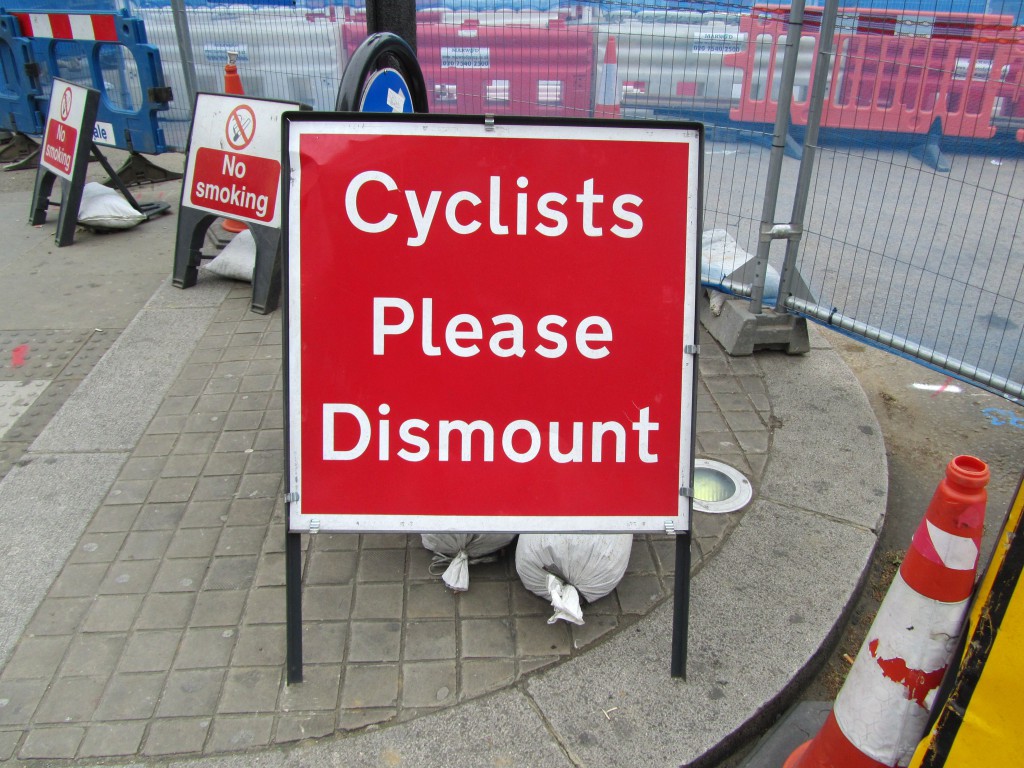 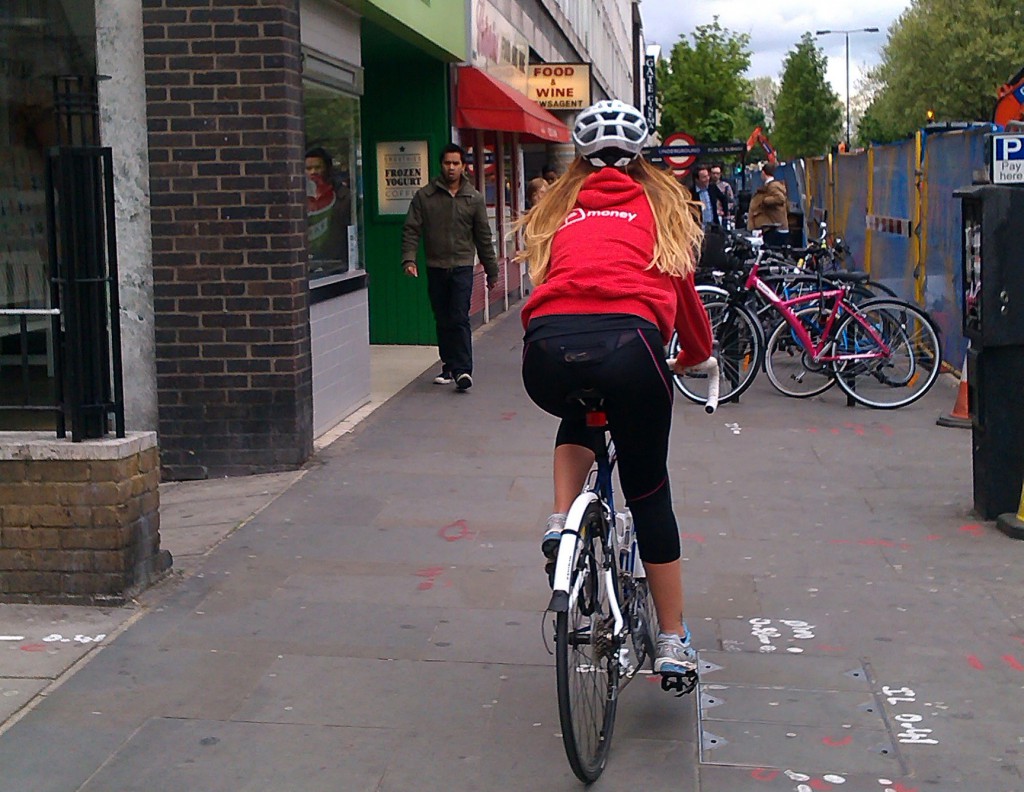 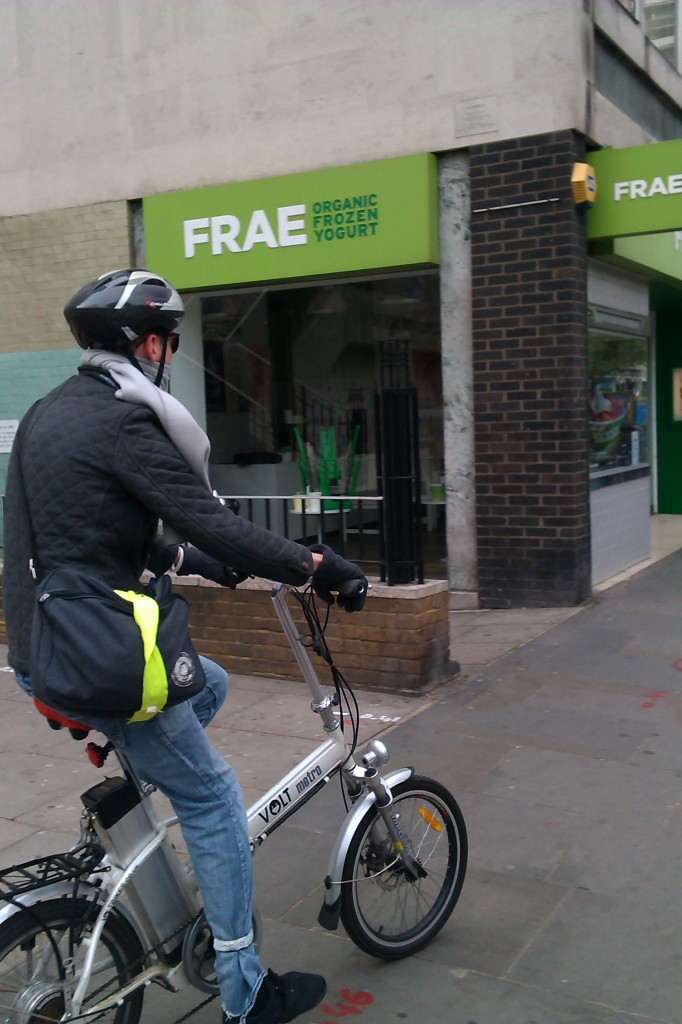 Dominic was quoted as saying: Pavements are for pedestrians. It’s outrageous! Get off your bike!
It’s good to see he’s taking such a strongly anti-Tebbit stance. A spokesman for London Underground told me: Thames Water acted very promptly and narrowly avoided a major incident. Any later and we’d all be wearing our Speedos to work. Thames Water’s press release is available here. 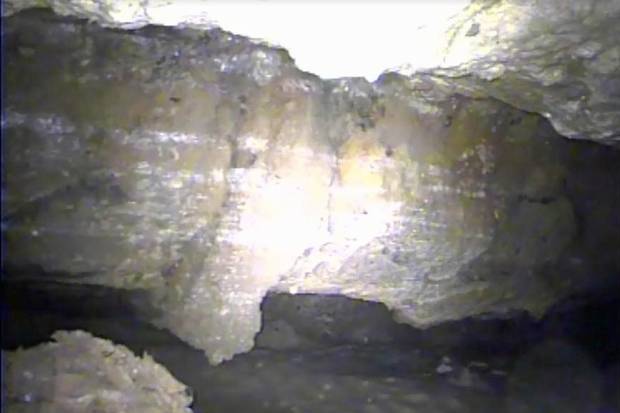 Surprisingly they do not comment on the painting of the woolly mammoth harassed by cyclists. For those of us who know Notting Hill Gate its discovery should not come as too much of a surprise, there were already signs of earlier cultures. Now they’re joined by more recent cryptic runes. 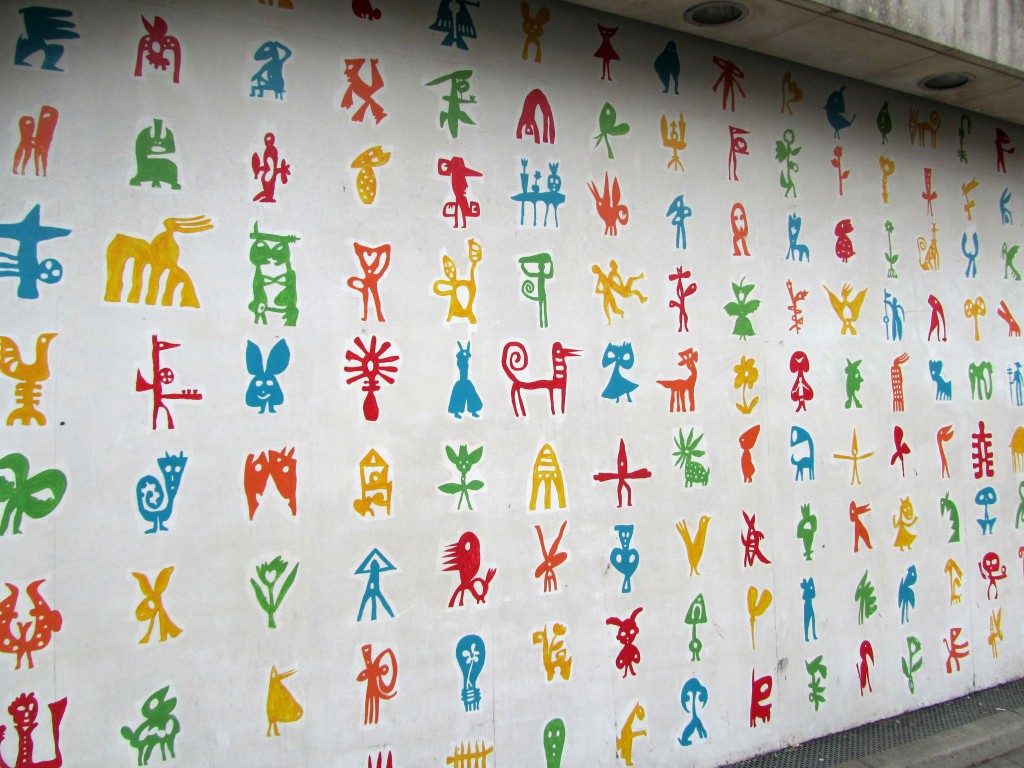 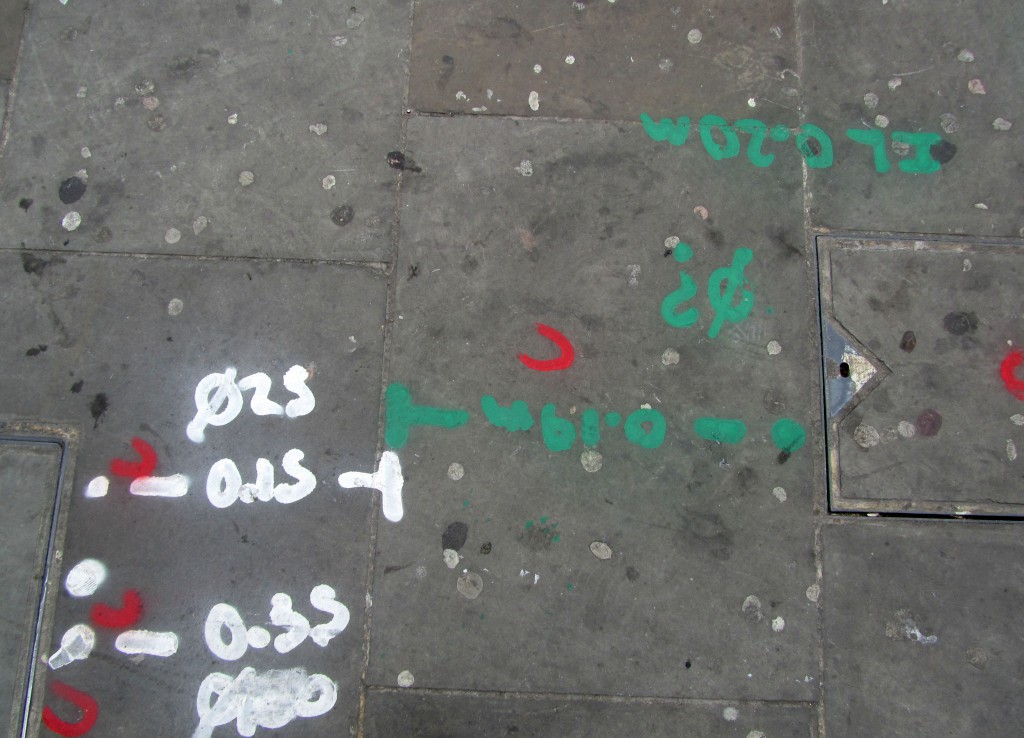 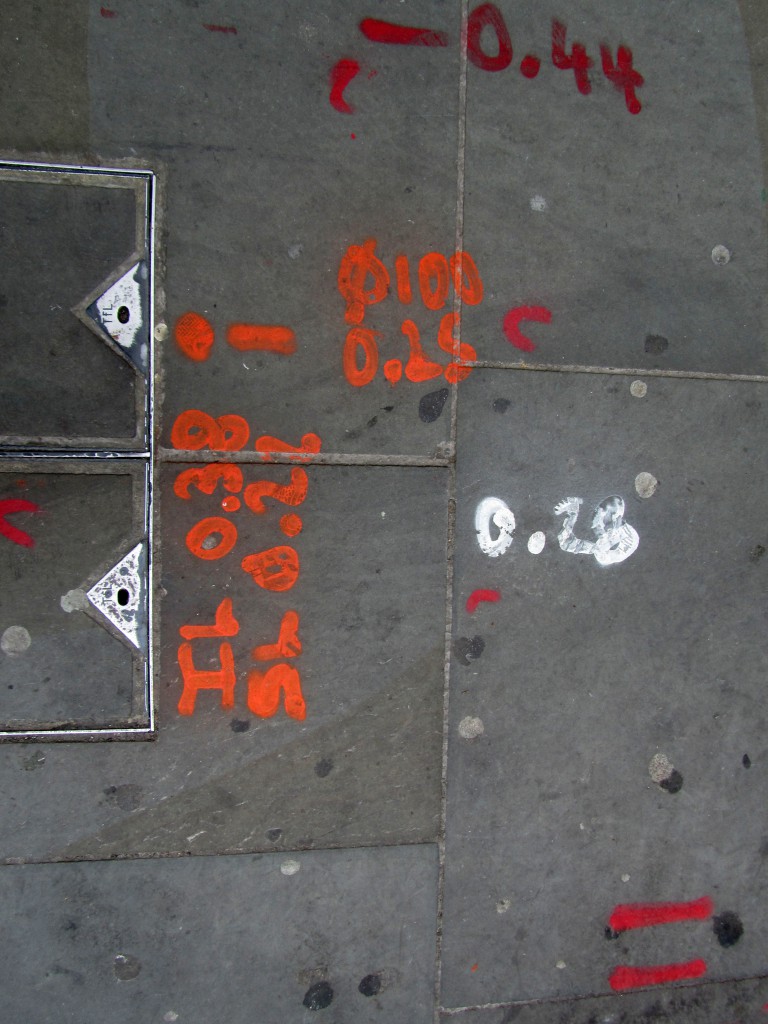 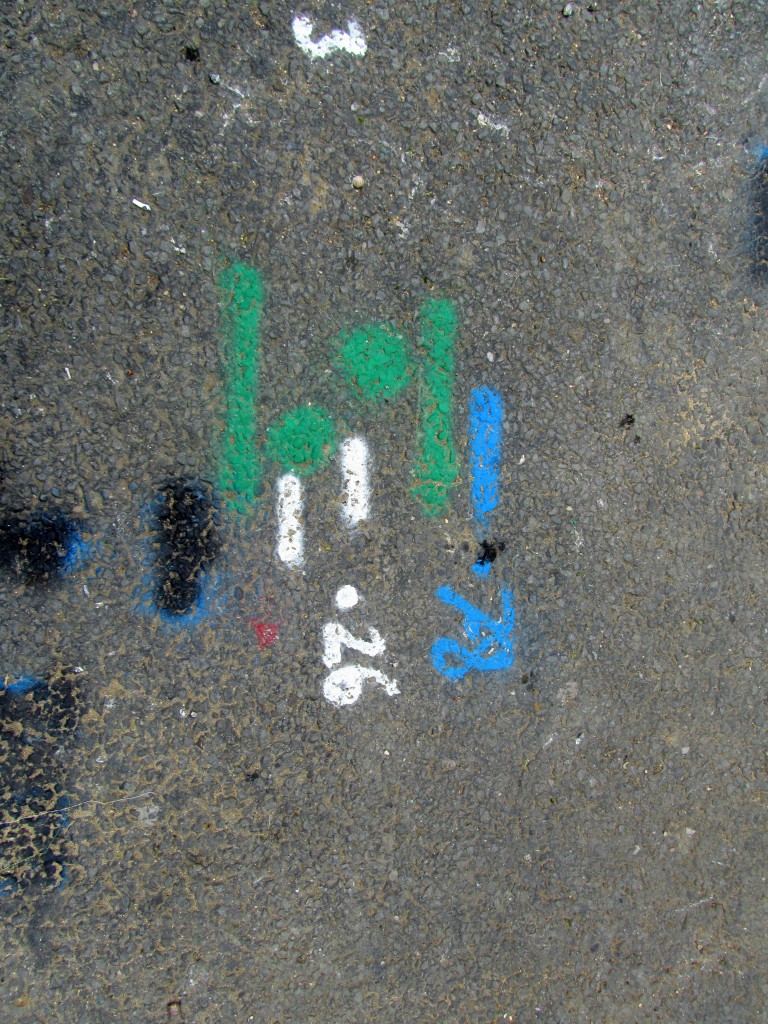 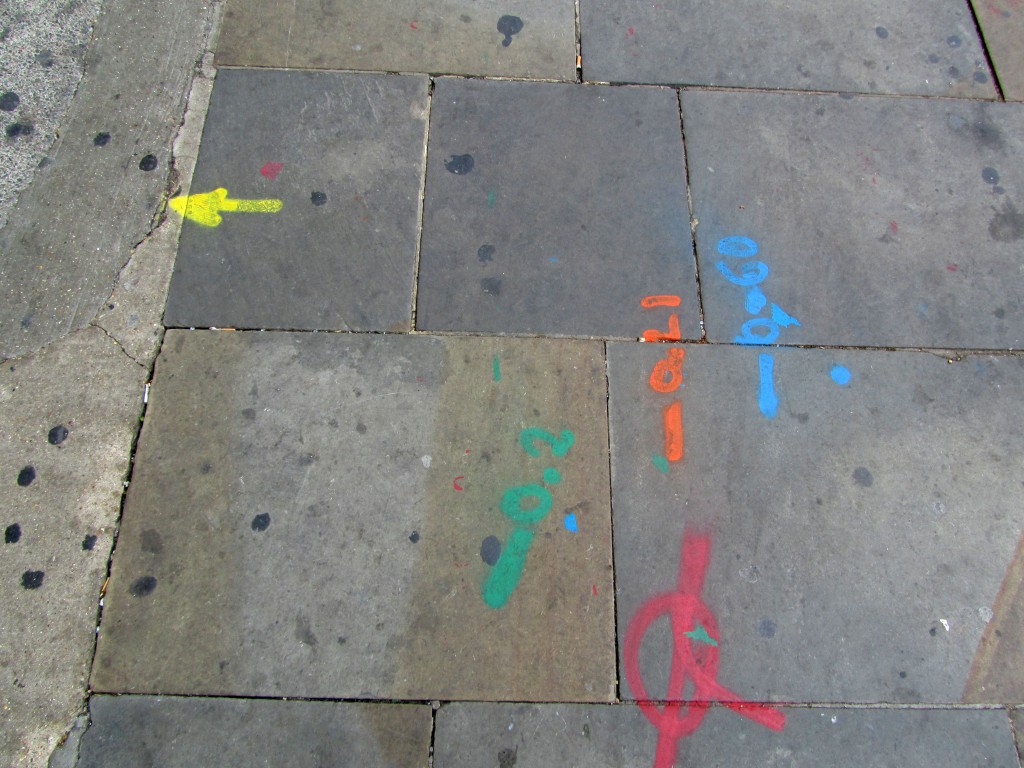 PS: Apologies to Edward Gorey for appropriating his drawing, though I think he probably would have approved. Here’s how it should look – Afazia – and here’s where he lived – The Edward Gorey House.

One thought on “Besieged By Cyclists”