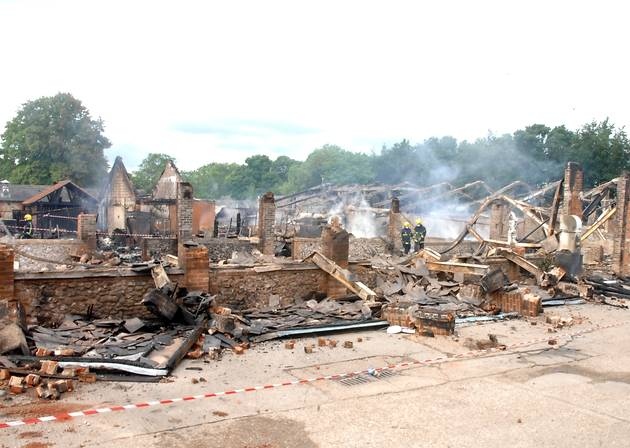 Three carved wooden panels made by Sir Frank Brangwyn for the facade of The Rowley Gallery in 1933 were destroyed in a fire last week at Chilford Hall. They had been part of The Rowley Gallery showroom until 1941, when the premises were hit by an incendiary bomb during WW2, but amazingly they survived that blaze only to be lost to arsonists 71 years later.

They had been restored by Sam Alper and proudly displayed in the Great Barn at Chilford Hall, a popular wedding and conference venue. Five days ago firefighters from three counties fought to contain the fire and successfully stopped it spreading to neighbouring buildings, but the barn and all its contents were lost. Two men were arrested on suspicion of arson. See also Brangwyn’s Frieze.

One thought on “Brangwyn’s Frieze No More”