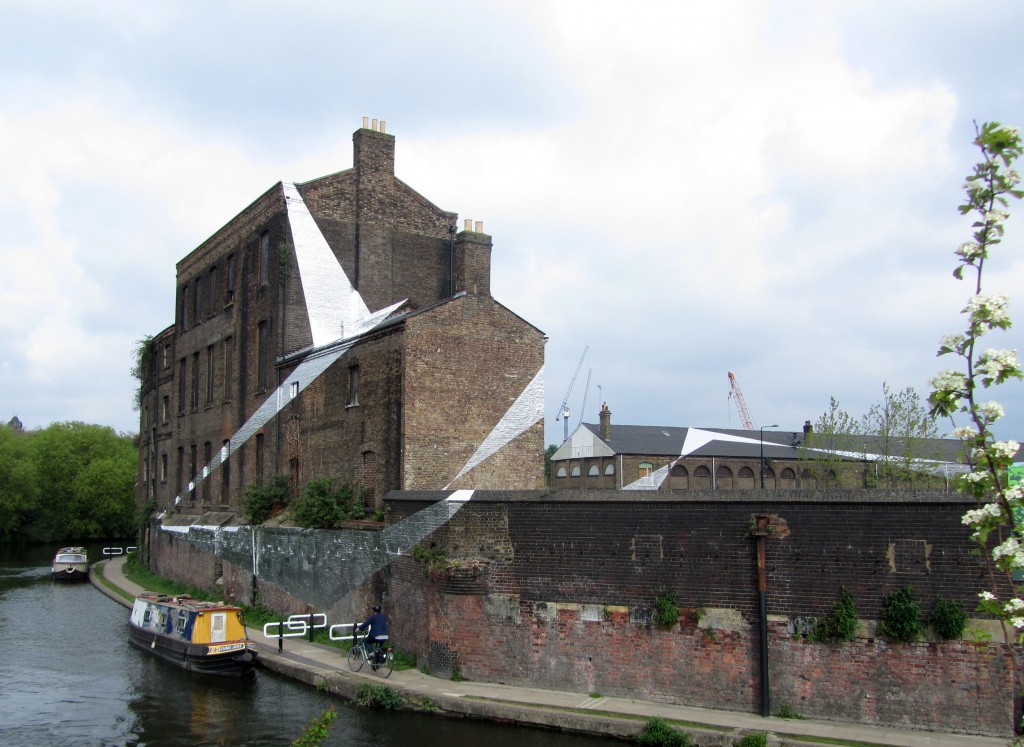 These are the Fish & Coal Buildings on the Regent’s Canal at King’s Cross. Often when I pass there’s a cormorant sitting on the chimney. Now it looks like they’ve been ticked by Nike. Over the last few weeks these silver shapes have slowly spread over the surrounding walls and roofs so that now they seem to stretch from Camley Street right round to York Way. 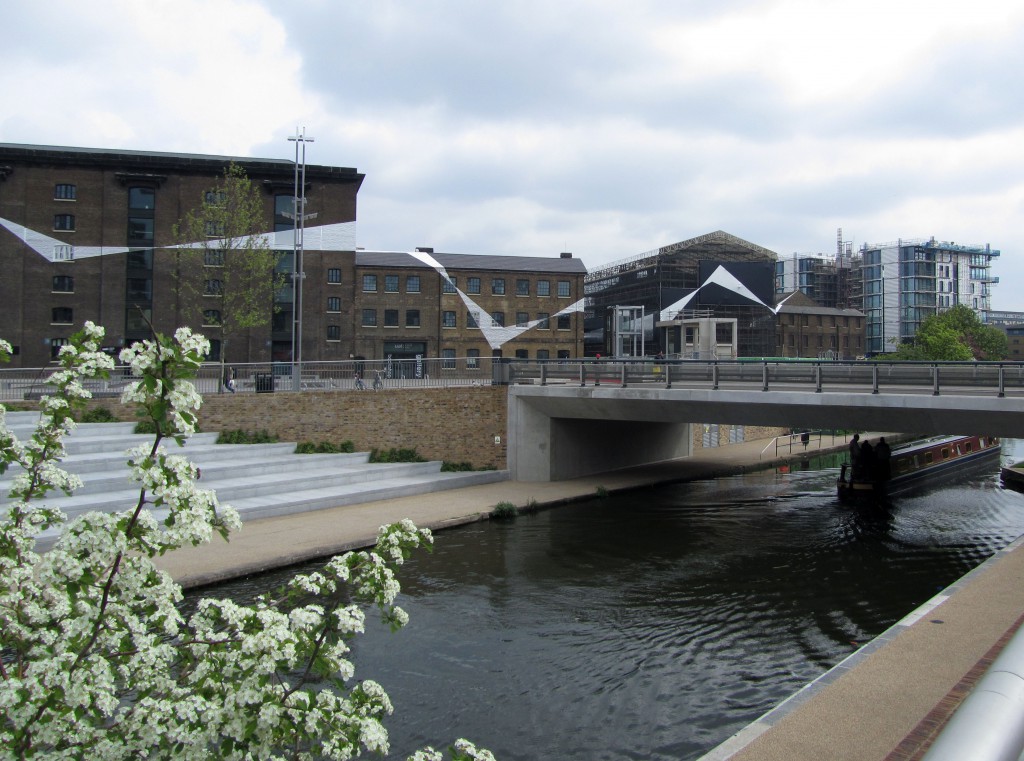 Across The Buildings is an artwork by Felice Varini. He projected a huge drawing onto the buildings (and lamp-posts) surrounding Granary Square. It appears fragmented from the street and is only resolved when seen from the viewing platform, which was also the projecting platform. Only then do all the shapes align and create one continuous image. But sadly the viewing platform is often closed. 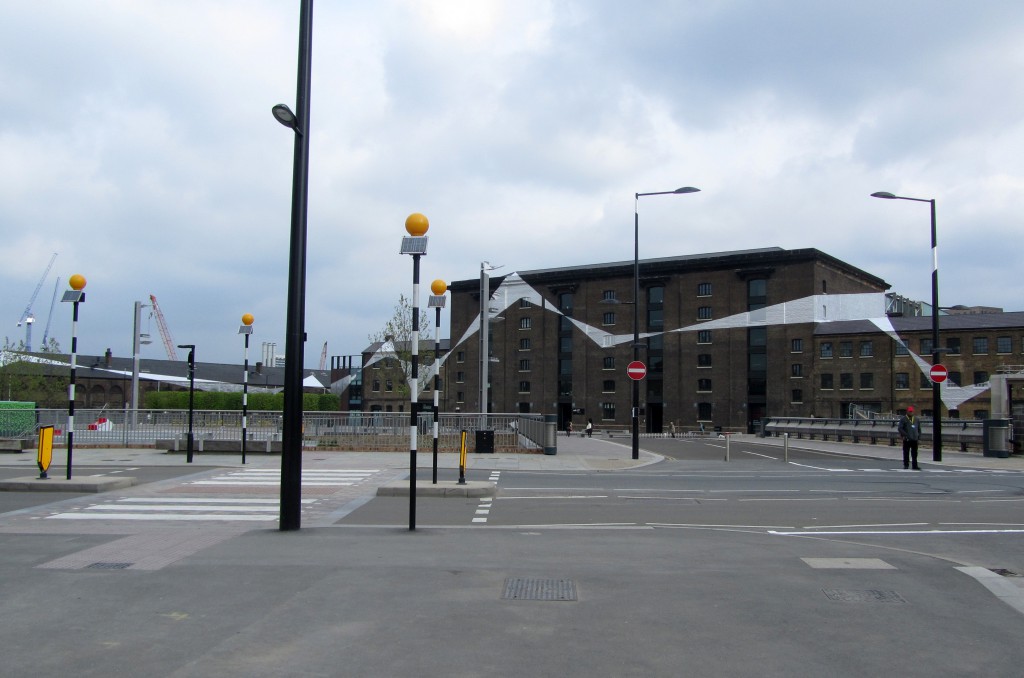 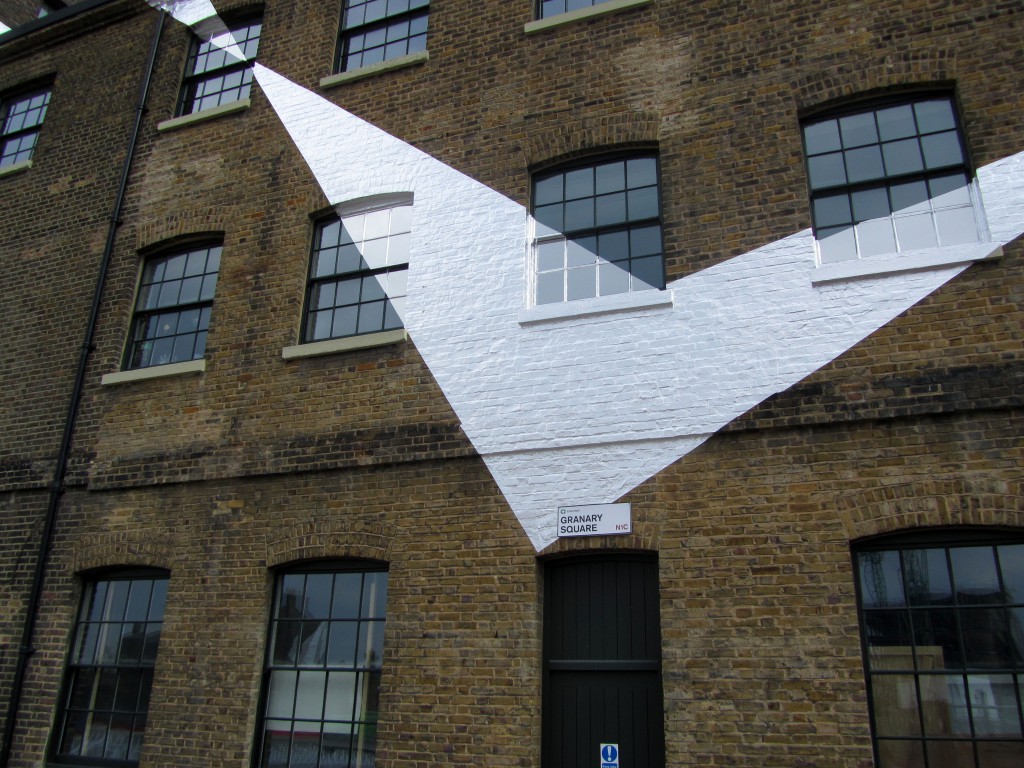 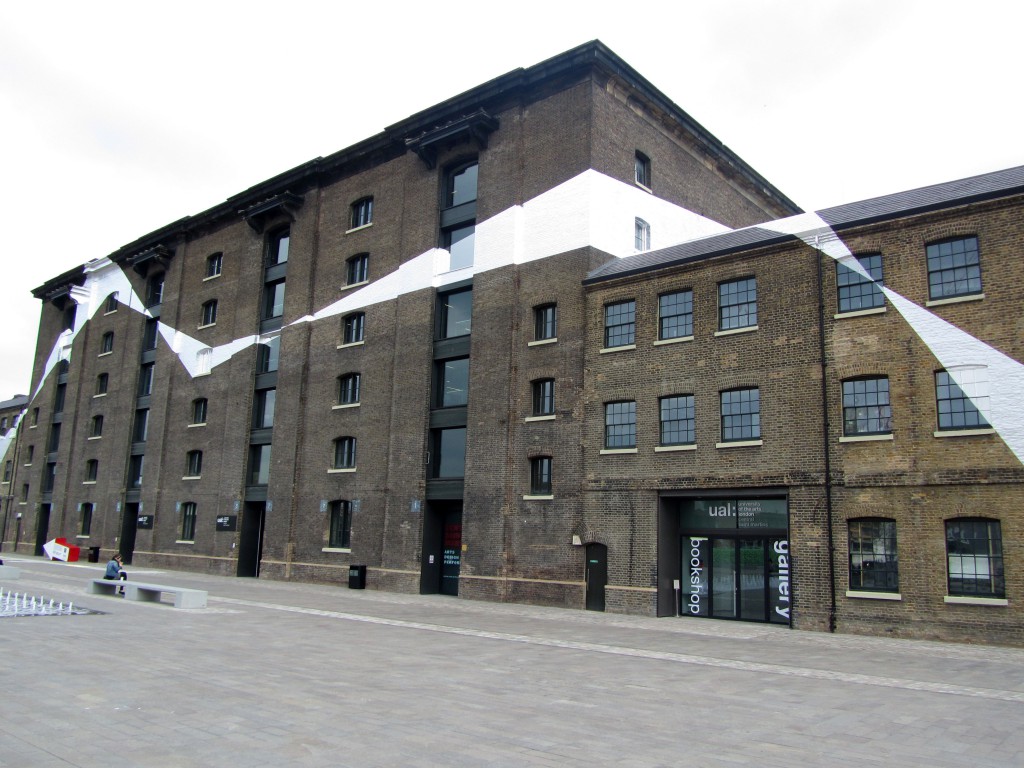 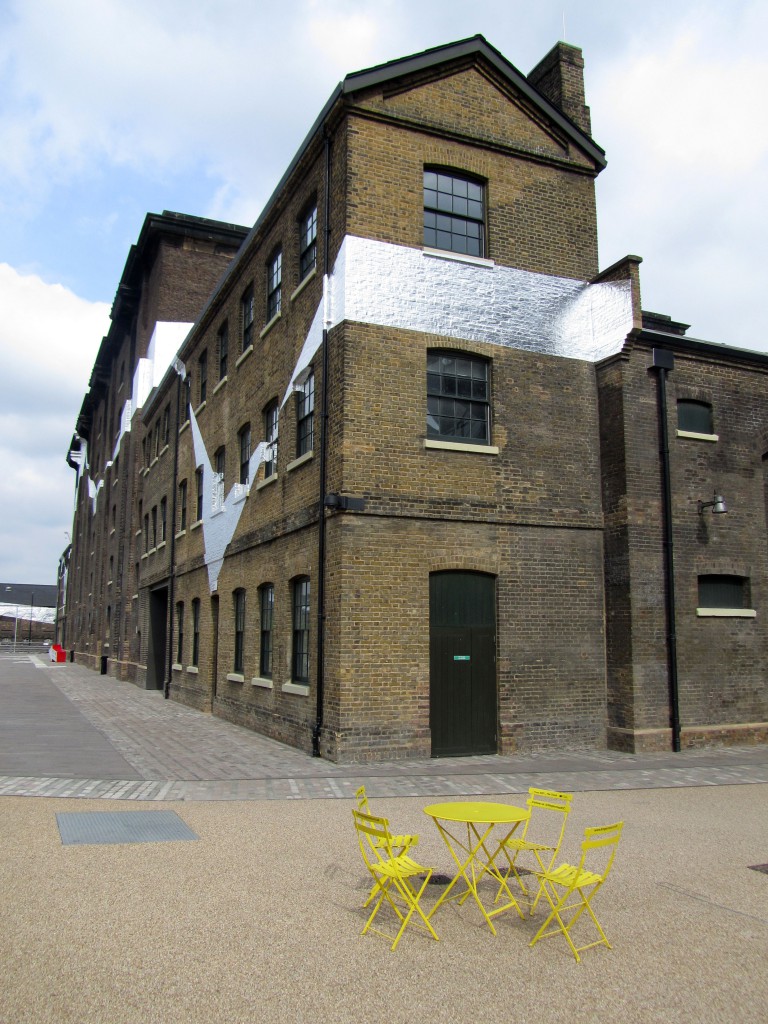 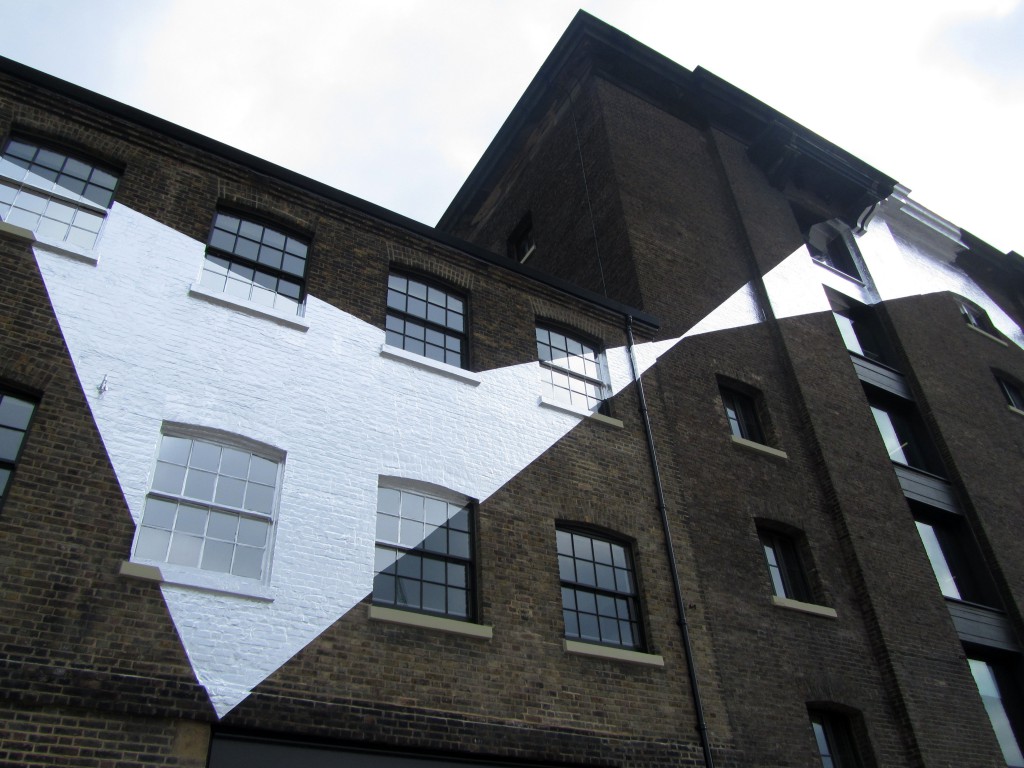 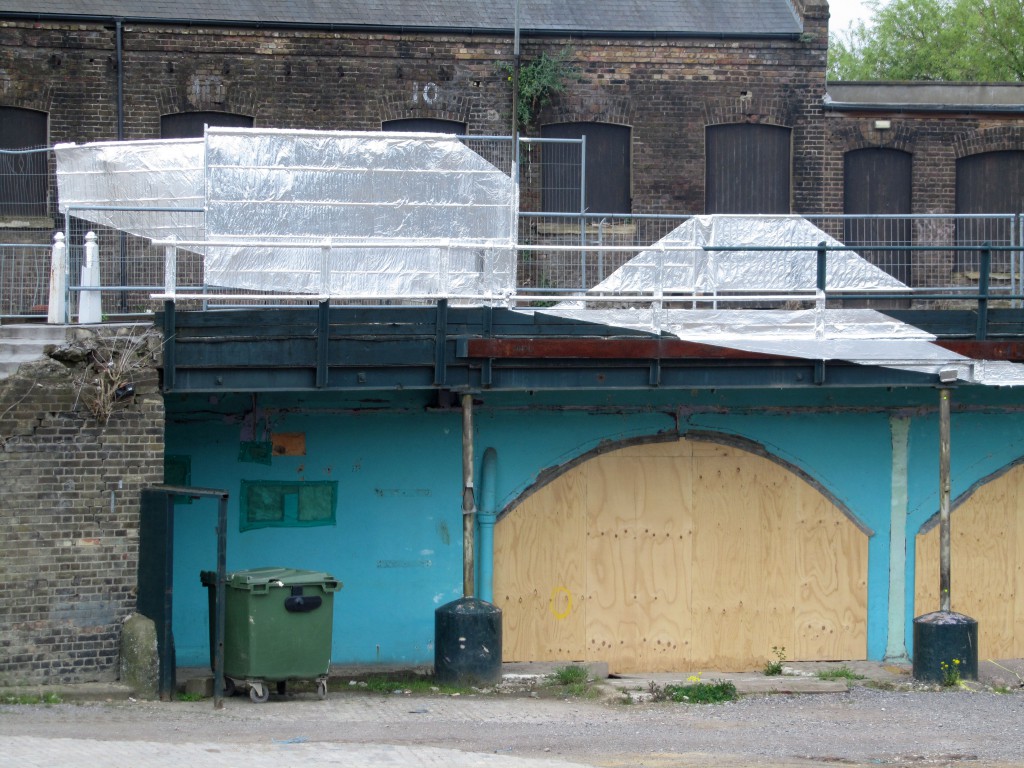 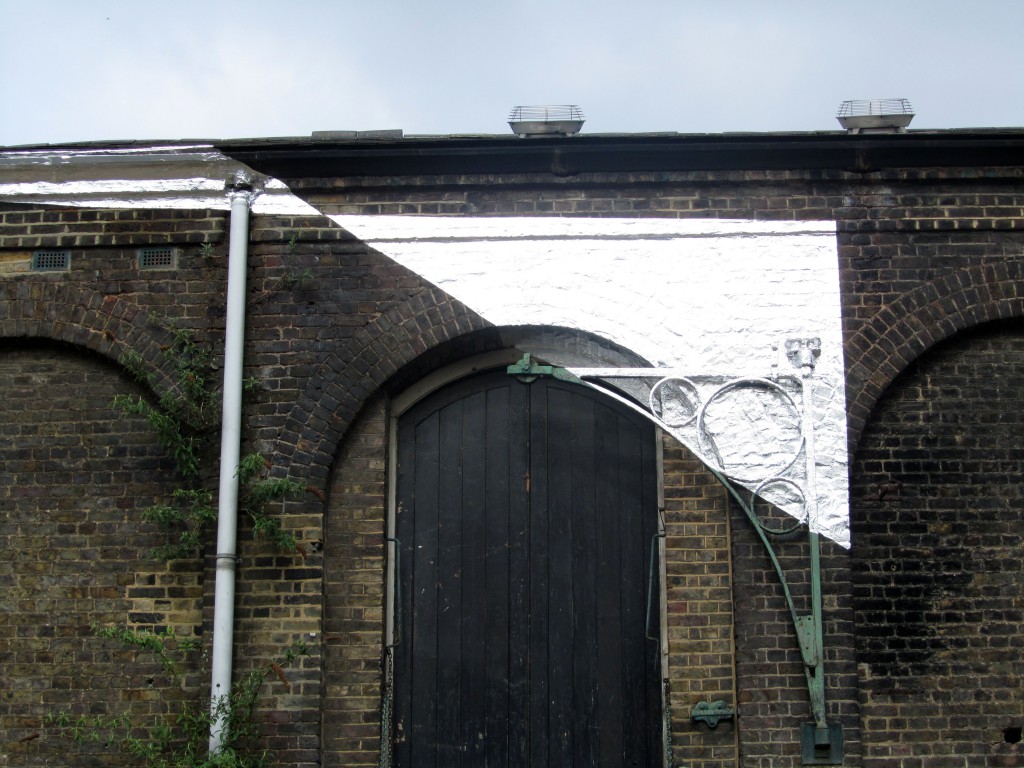 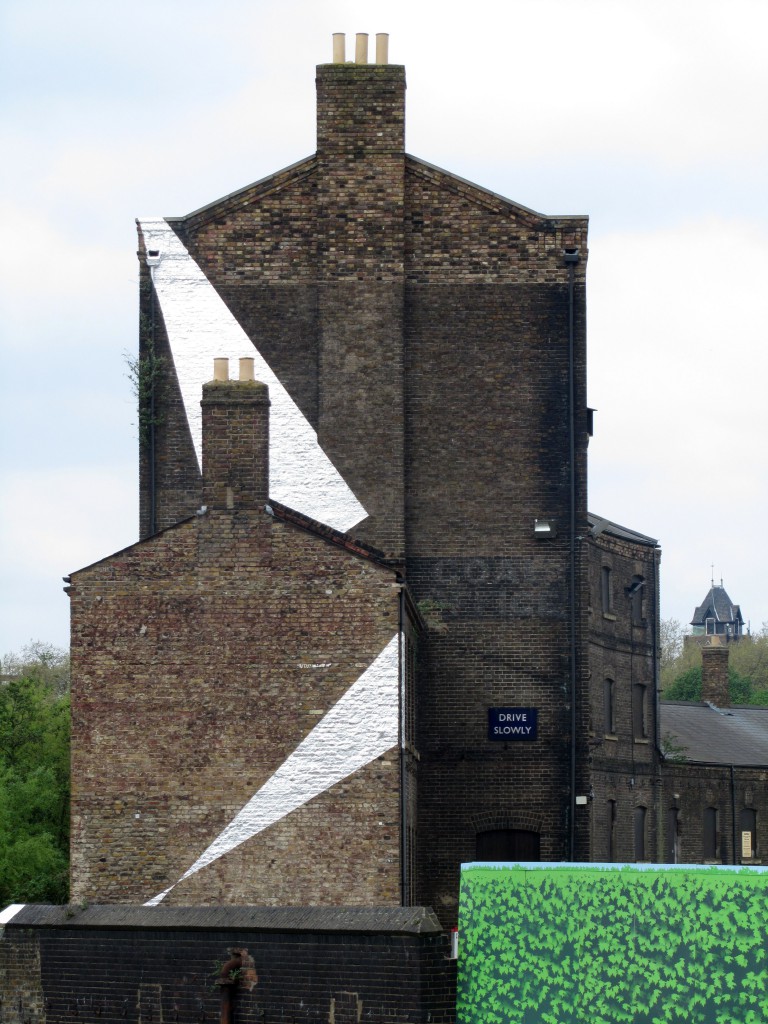 So it’s often a conceptual piece too. I imagine all the parts coming together in a similar way to those Channel 4 idents where the 4 is only revealed when seen from the correct angle, or an anamorphic illusion like the hidden skull in Holbein’s The Ambassadors, recognisable only when the painting is closely approached from the side. To see Across The Buildings from another point of view please see RELAY and here’s a short film of its installation.