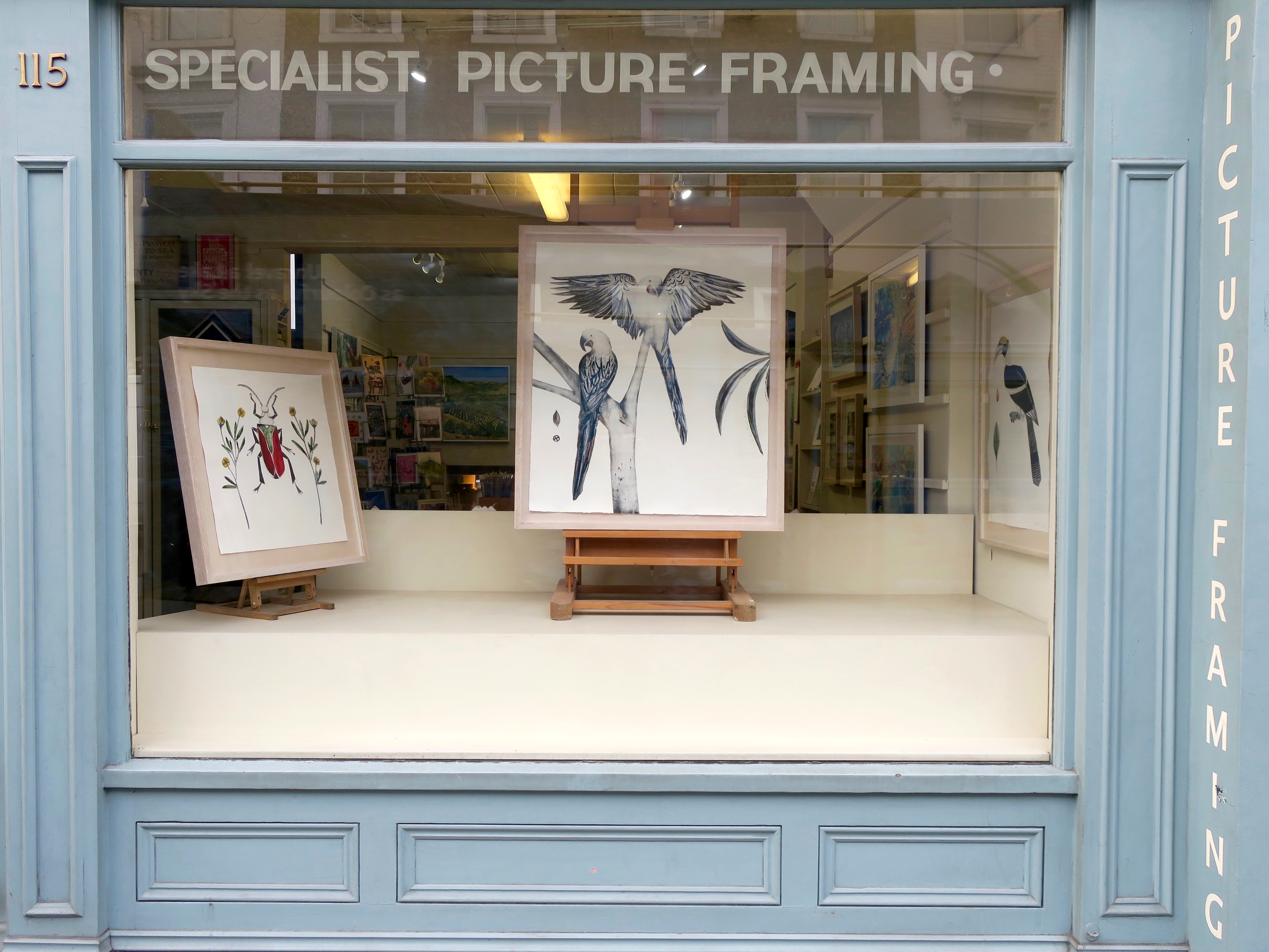 This month our window is home to a gathering of wildlife. There were just a few creatures here to begin with, but as the days go by and word spreads, more and more are turning up to congregate and bear witness and share the spotlight of our communal window. It’s become a wildlife refuge. 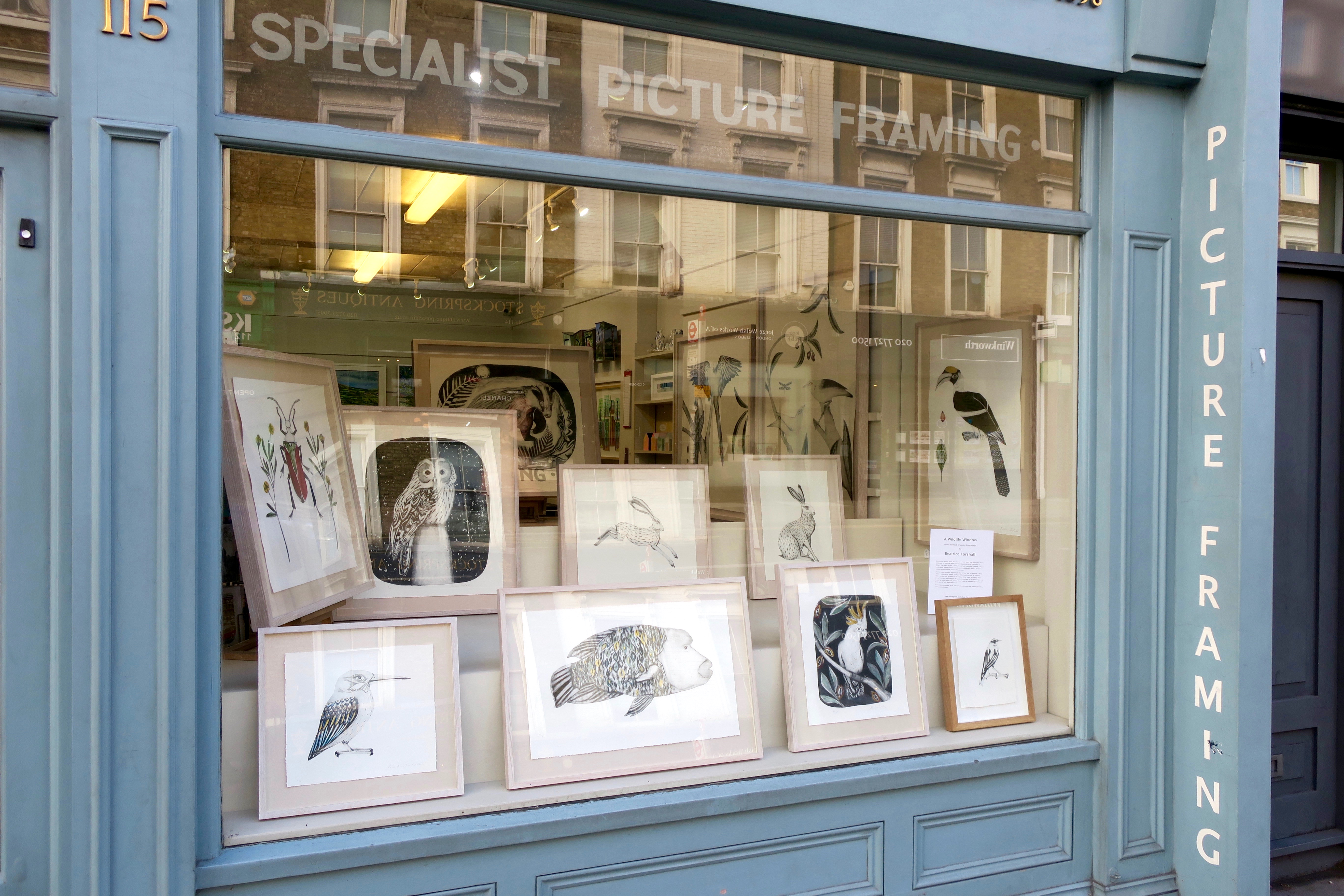 Beatrice was born in South West France in 1992 where she spent most of her childhood. In 2003 her family moved to Catalonia and in 2005 back to Britain. Ever since she was a child she has been interested in wildlife and her work mainly revolves around animals and conservation. Beatrice finds the natural world an infinite source of inspiration.

Beatrice began drypoint engraving during her last year at Falmouth College of Art – enjoying the graphic quality and the detail that can be achieved. “From working into the metal, to the inking of the plate, the rolling of the press, there are many different things that contribute to the final image, and as well as those which I can control, there is also an element of surprise at the end of it. It is quite addictive.” 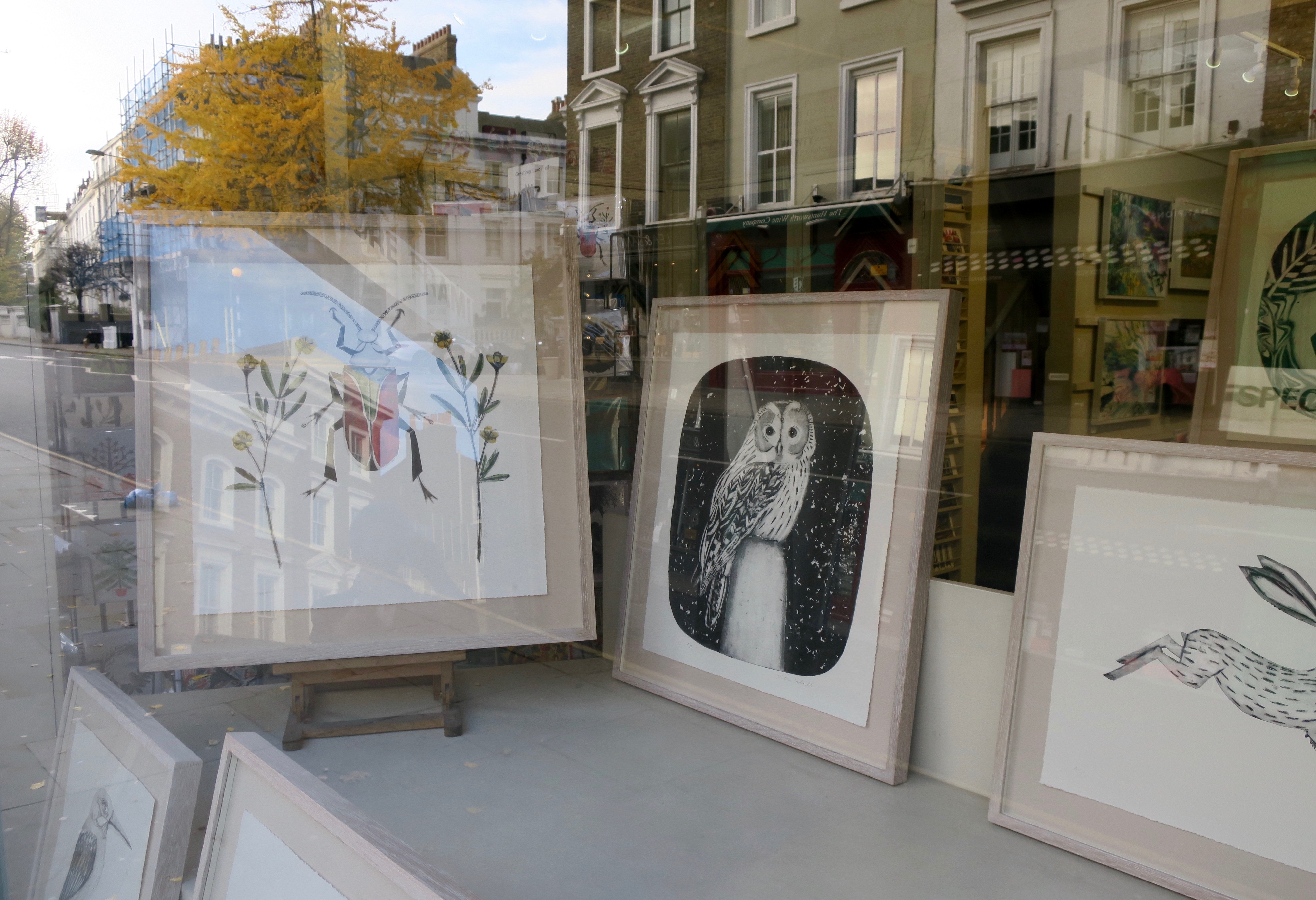 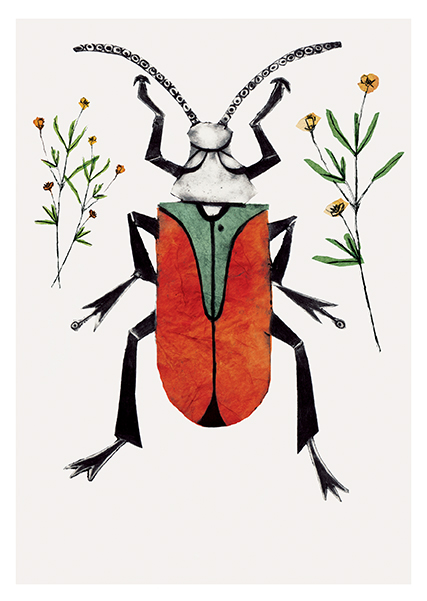 The Scarlet Malachite Beetle is one of the UK’s rarest insects. It is found in just eight sites. Its decline is thought to be due to habitat loss and the intensification of agriculture.

It feeds on flowers in meadows and overgrown hedgerows. Buttercup pollen is one of its favourite foods.

For information on how we can help save this species go to www.buglife.org.uk. 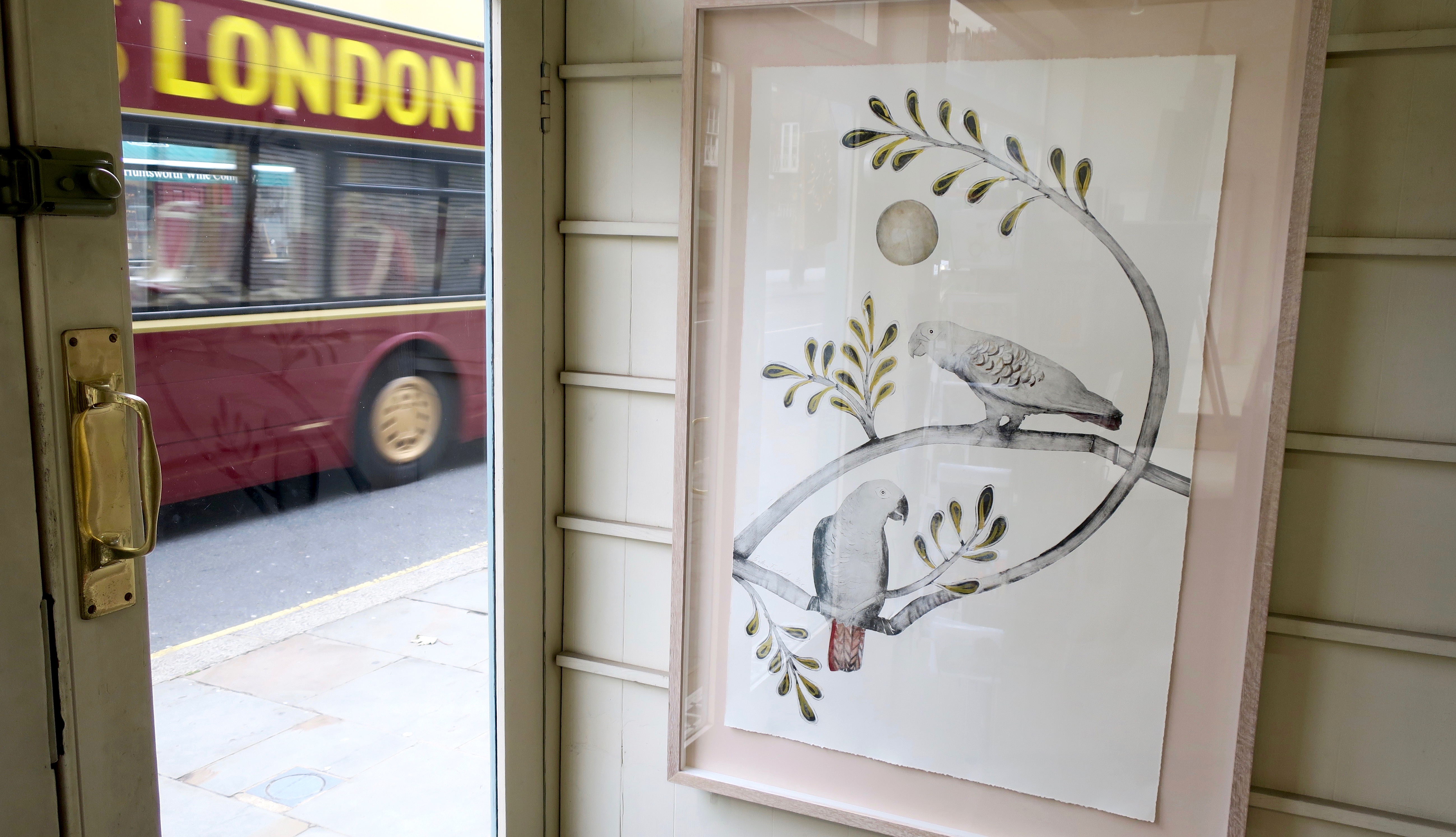 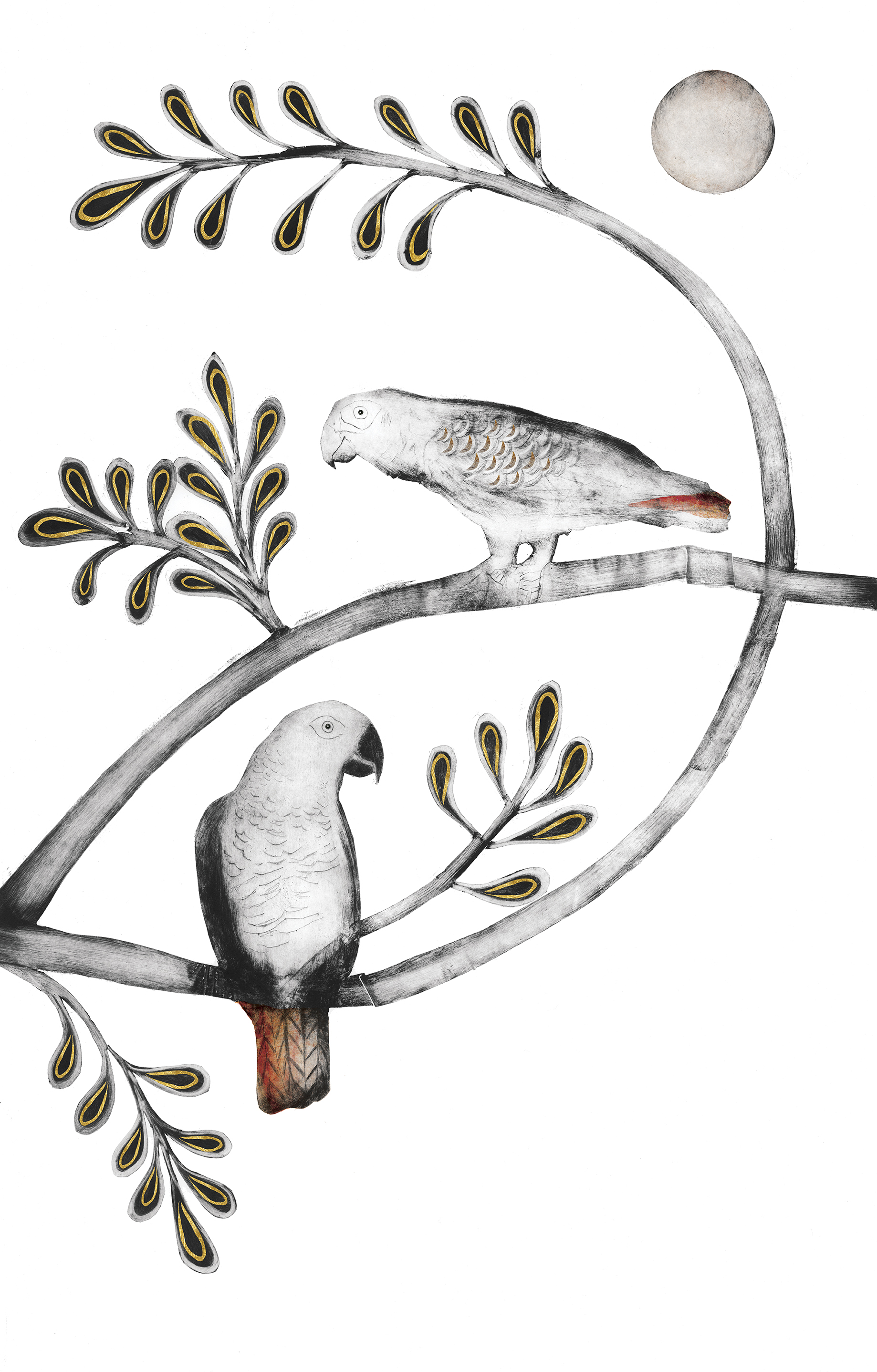 One of the largest parrots, the African Grey Parrot is famous for its intelligence and ability to mimic human speech. It is native to equatorial Africa and feeds on fruits, seeds, and nuts, particularly those of the oil-palm, Elaeis guineensis. It is a sociable bird and pairs for life. Large, noisy flocks may travel considerable distances in search of fruiting trees.

It is the world’s most traded wild bird and particularly susceptible to death in captivity. It is estimated that up to 65% of Greys captured, die before reaching export markets.

Now recognised as a separate species, the very similar but smaller Timneh Parrot is also threatened by deforestation and illegal trafficking.

For more information on how we can help stop wildlife trafficking go to www.traffic.org. 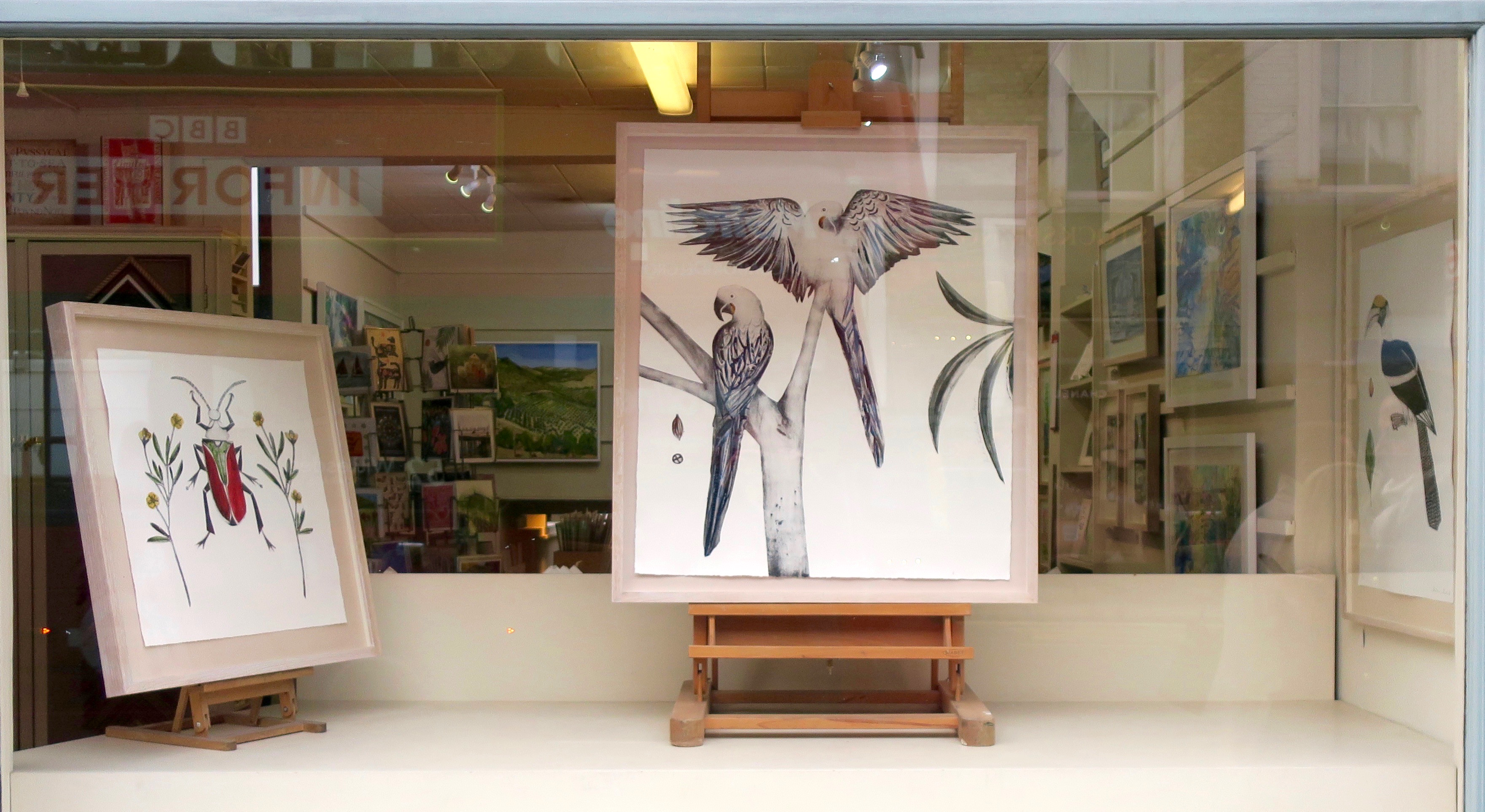 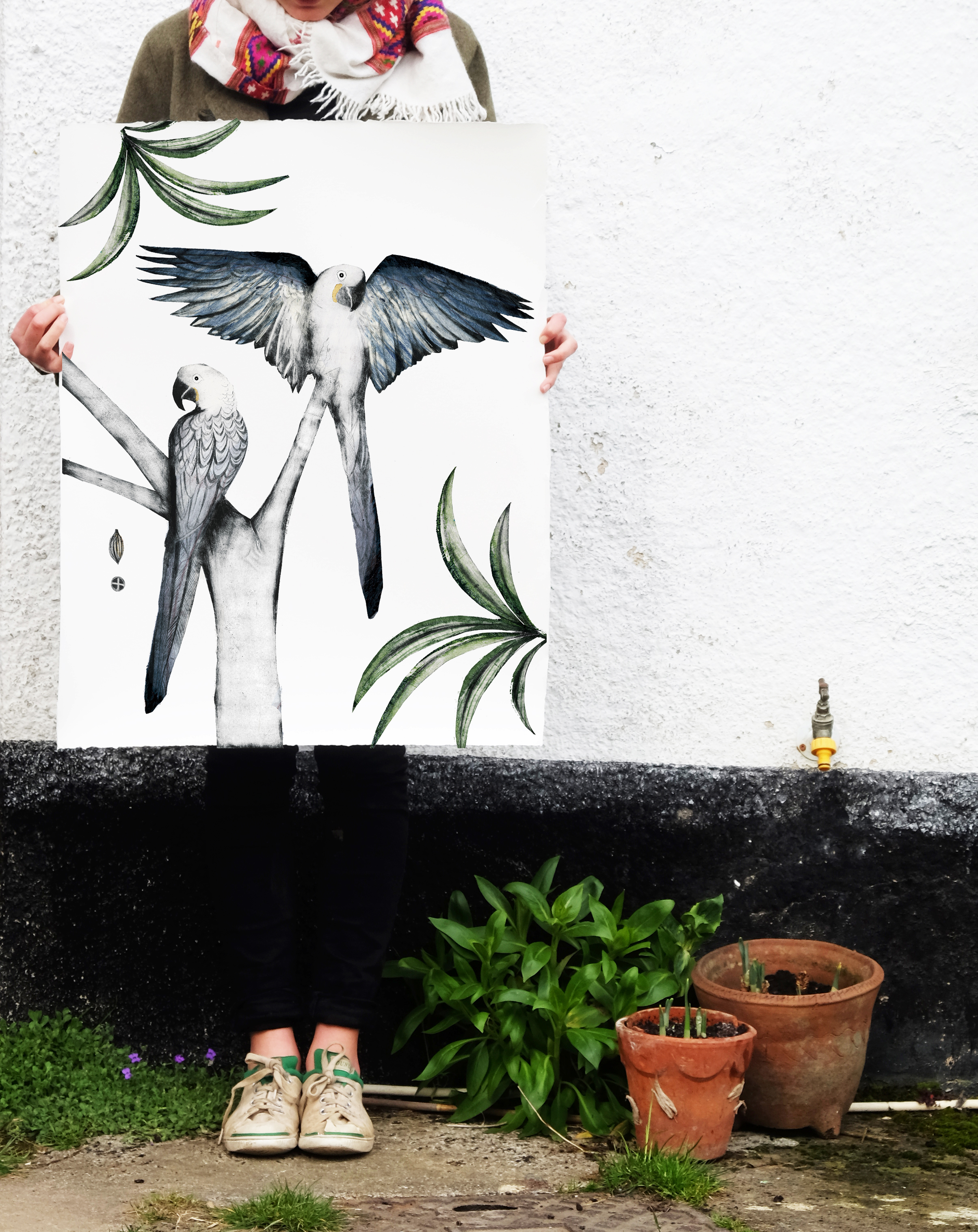 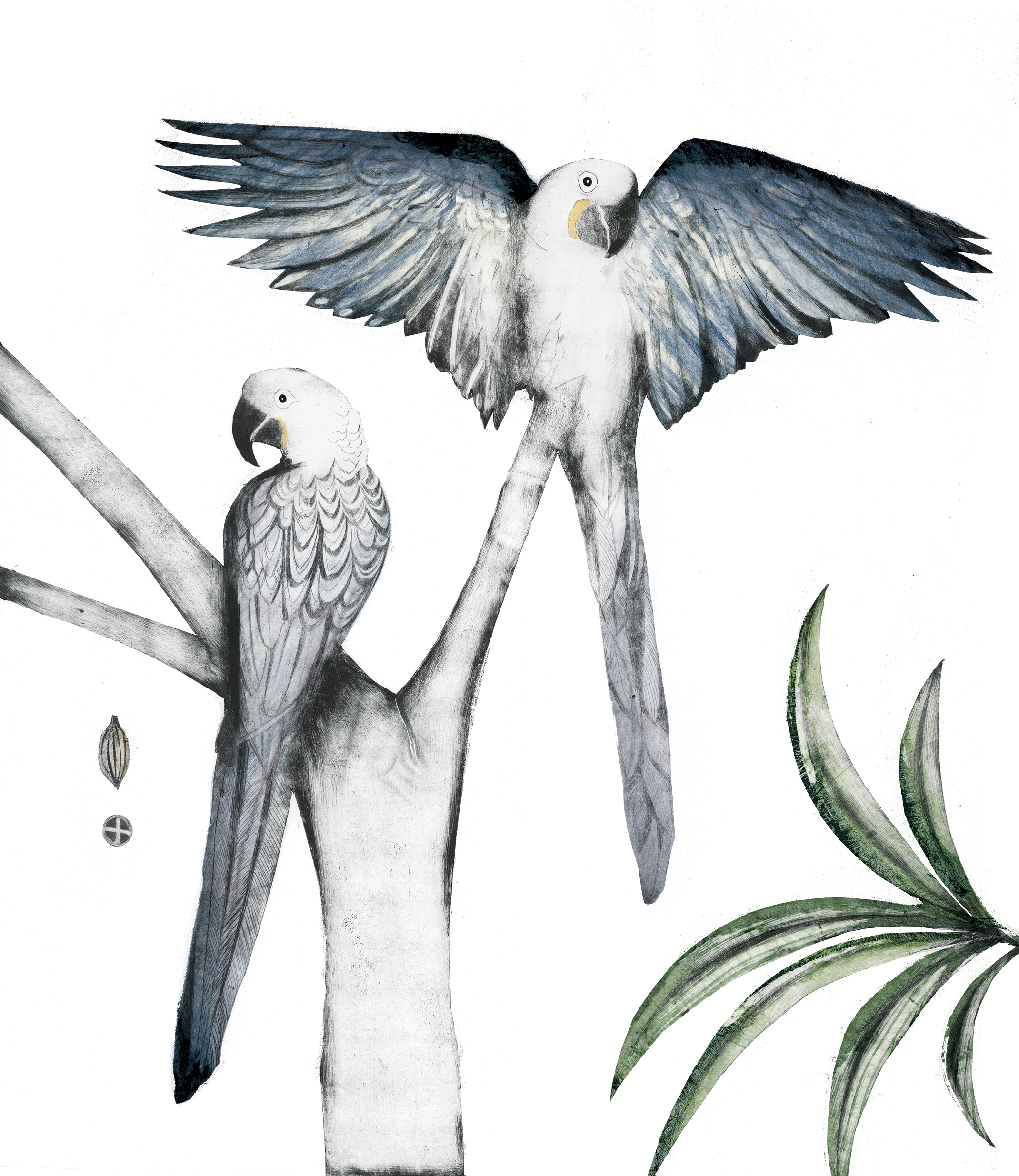 Measuring up to 100 cm in length, the Hyacinth macaw is the world’s largest parrot and is able to fly speeds of 35 miles per hour. It is found in Brazil and feeds off native palms, such as the bocaiuva and acuri. The latter is so hard that it cannot be eaten until predigested by cattle. It can eat poisonous seeds and unripe fruit inedible to other species. This is thought to be possible because

it swallows chunks of clay from river banks which help absorb the poisons. It is a messy eater and plays an important role as seed disperser. It mates for life and nests in holes in the mondavi tree which it fills with sawdust, but only selects trees which are over 70 years old. It is a sociable bird. Widow and widower macaws will seek the company of another pair.

The Hyacinth Macaw is endangered by poaching and habitat loss. The forests in which it lives are being cleared for mechanised agriculture and cattle ranching. In the 1980’s 10,000 were taken from the wild.

For more information on how we can help stop wildlife trafficking go to www.traffic.org. 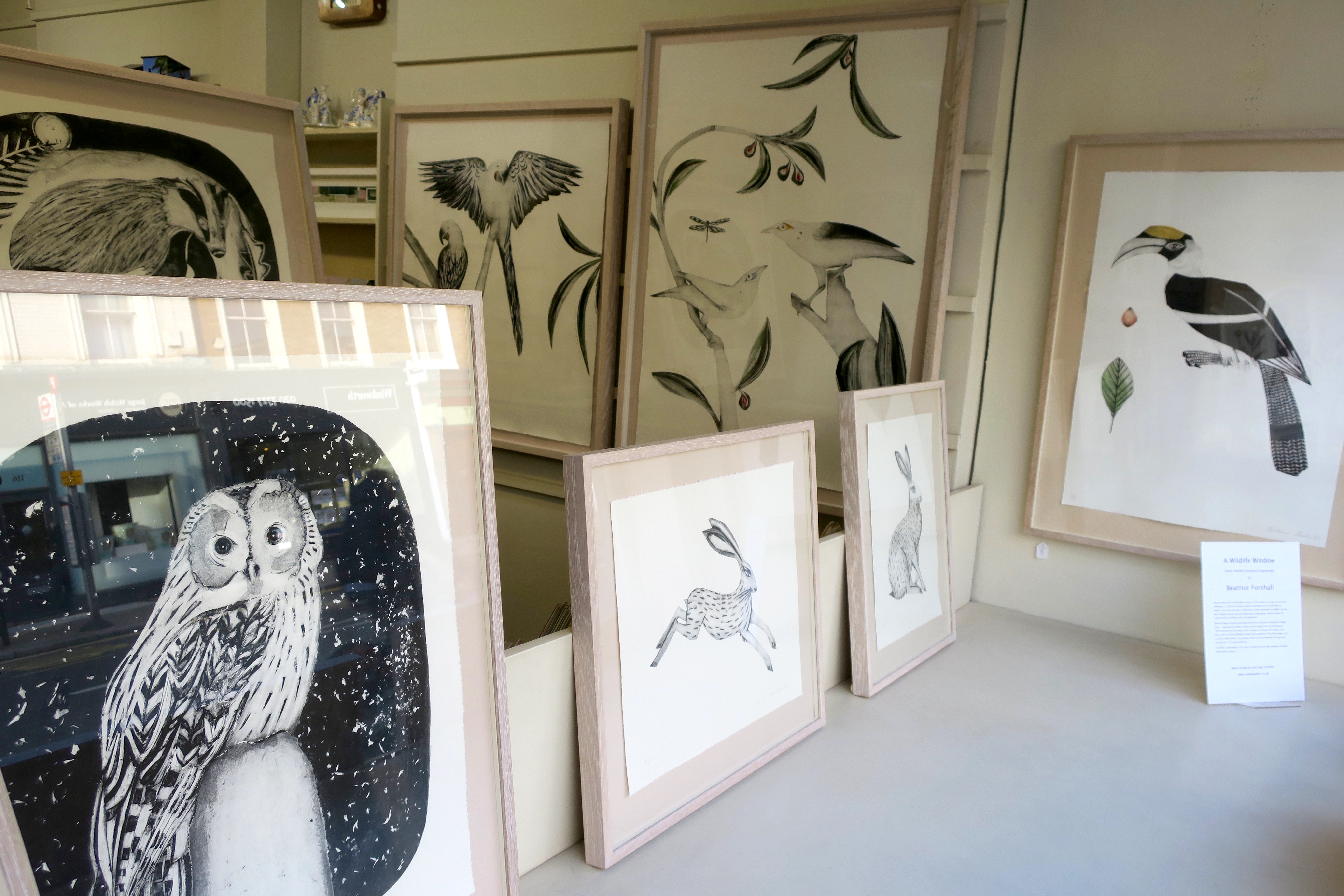 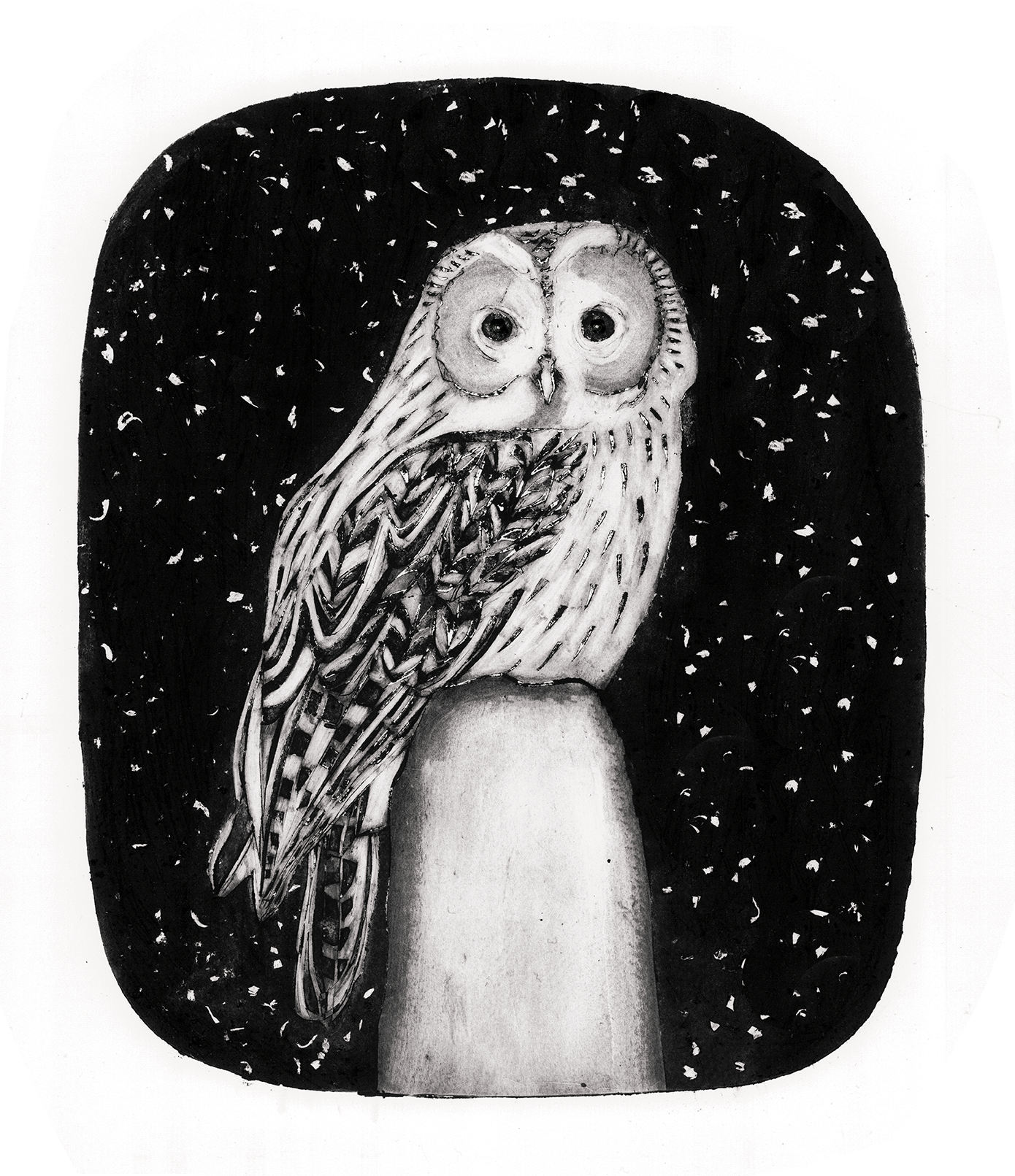 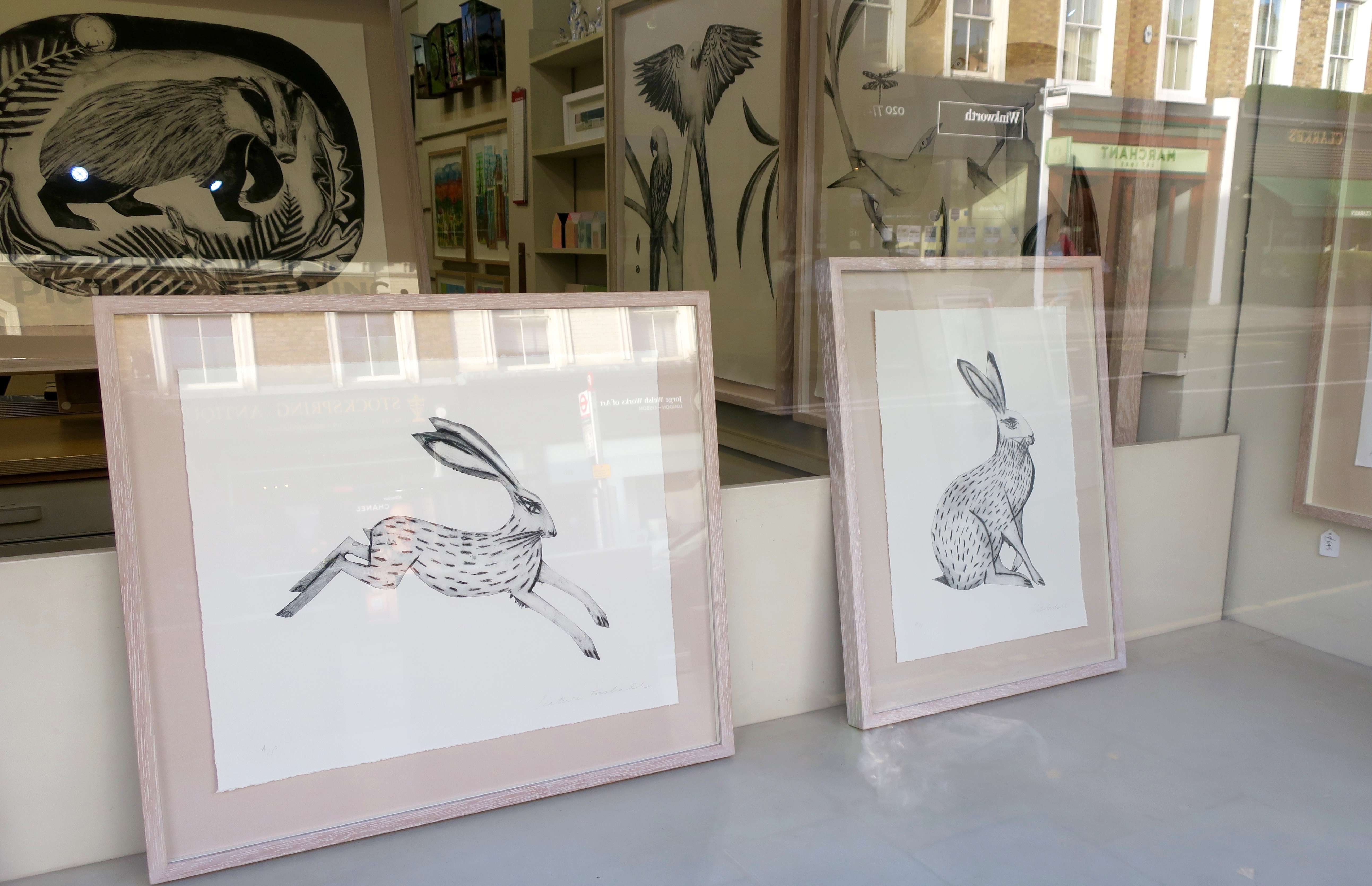 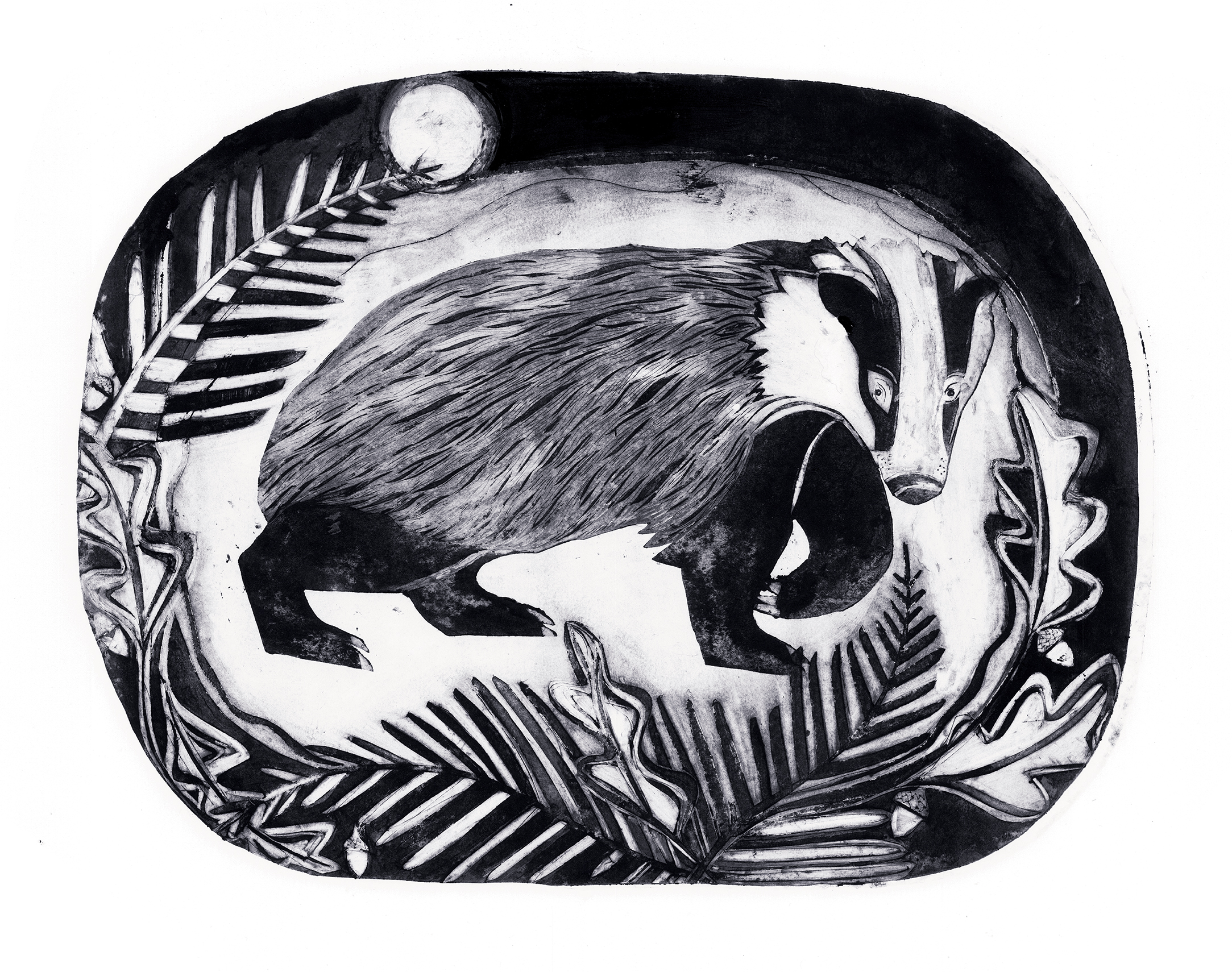 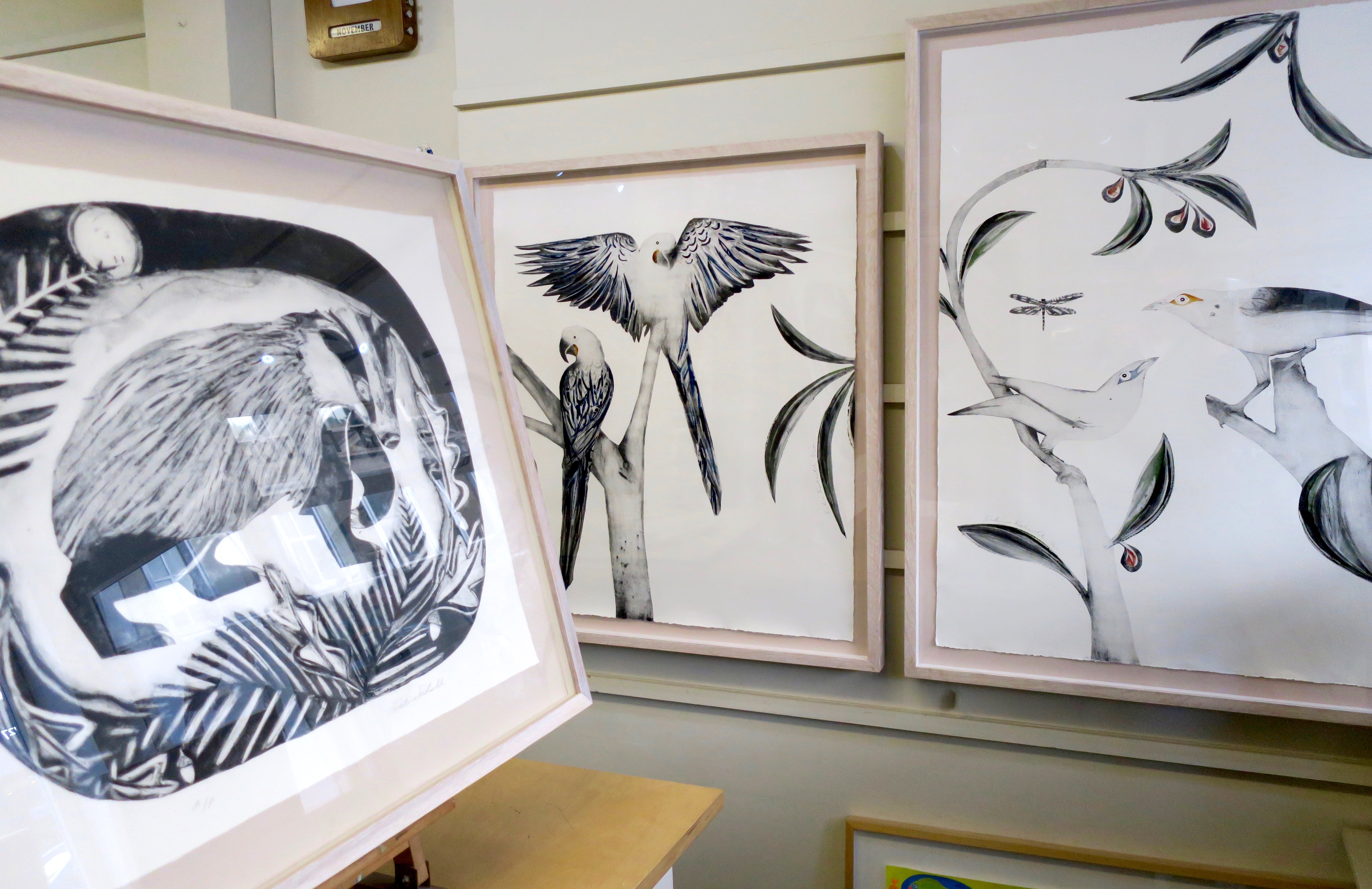 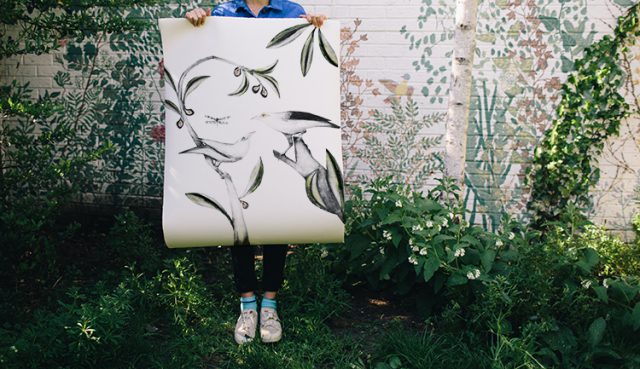 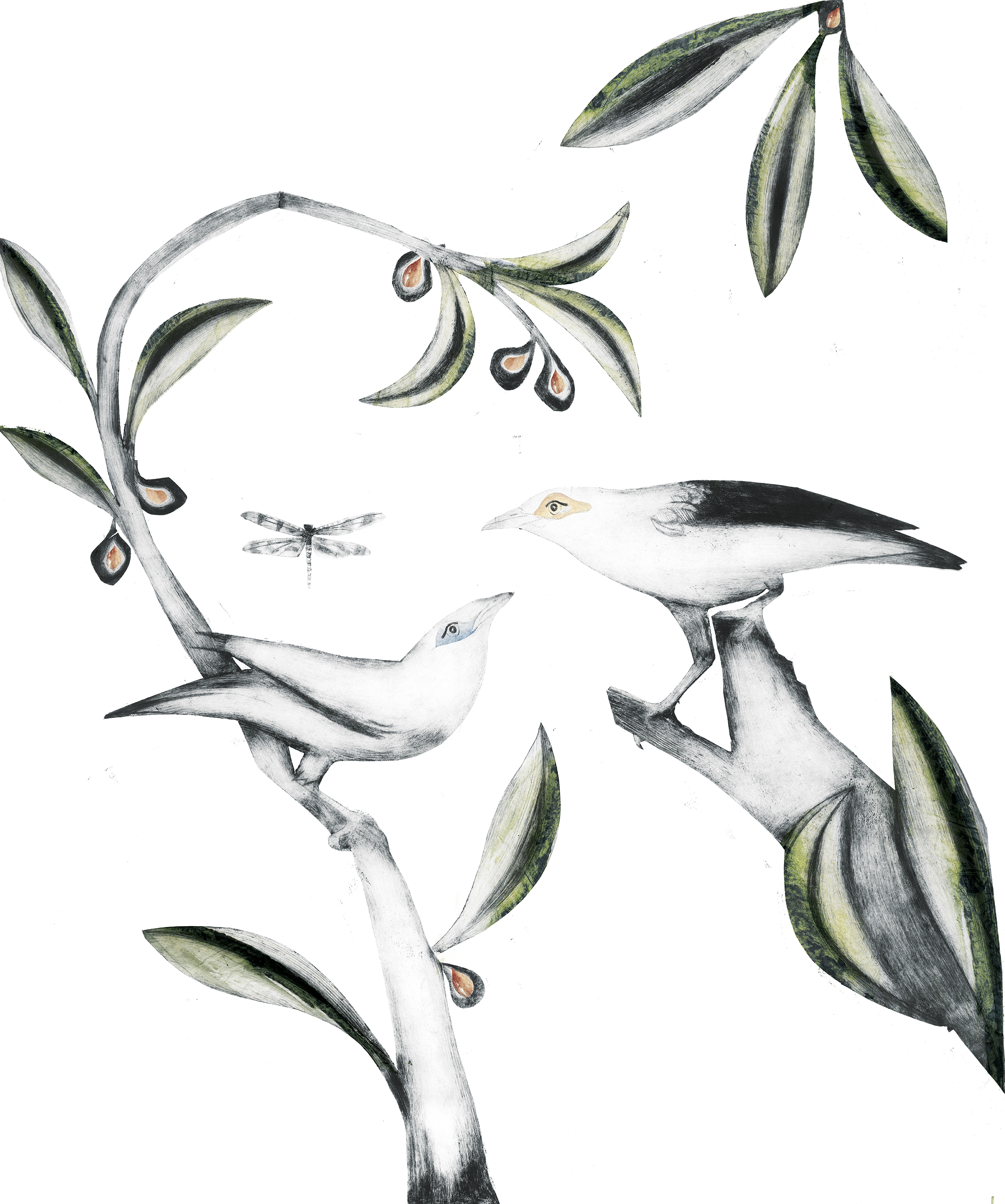 The national bird of Bali, the Bali Starling and the Black Winged Myna, are native to the islands of Bali, and are two of the world’s rarest birds.

Both species feed on insects, nectar and fruit and can be found nesting together.

They are highly prized for their song by collectors. Local captive breeding centres set up to preserve them have been robbed of these birds, so rare and valuable are they.

For more information about how we can stop wildlife trafficking go to www.traffic.org or the Friends of the National Parks Foundation at www.fnpf.org.

This video was made for a recent exhibition at the Mall Galleries.

Beatrice has spent the last year as artist in residence with the Cambridge Conservation Initiative, a growing collaboration between researchers, policy makers and practitioners from the University of Cambridge and leading biodiversity conservation organisations. Alongside specialists within CCI, she has worked on an exhibition that is being held in their headquarters, the David Attenborough Building. To date she has worked with the International Union for Conservation of Nature, ICUN; TRAFFIC, the wildlife trade monitoring network; BirdLife International and Flora and Fauna International. The printing technique she uses and the fact that her prints are individually finished by hand, means that each final image varies slightly in form and colour and is therefore unique. A percentage of the sales of Beatrice’s prints goes towards frontline conservation projects. 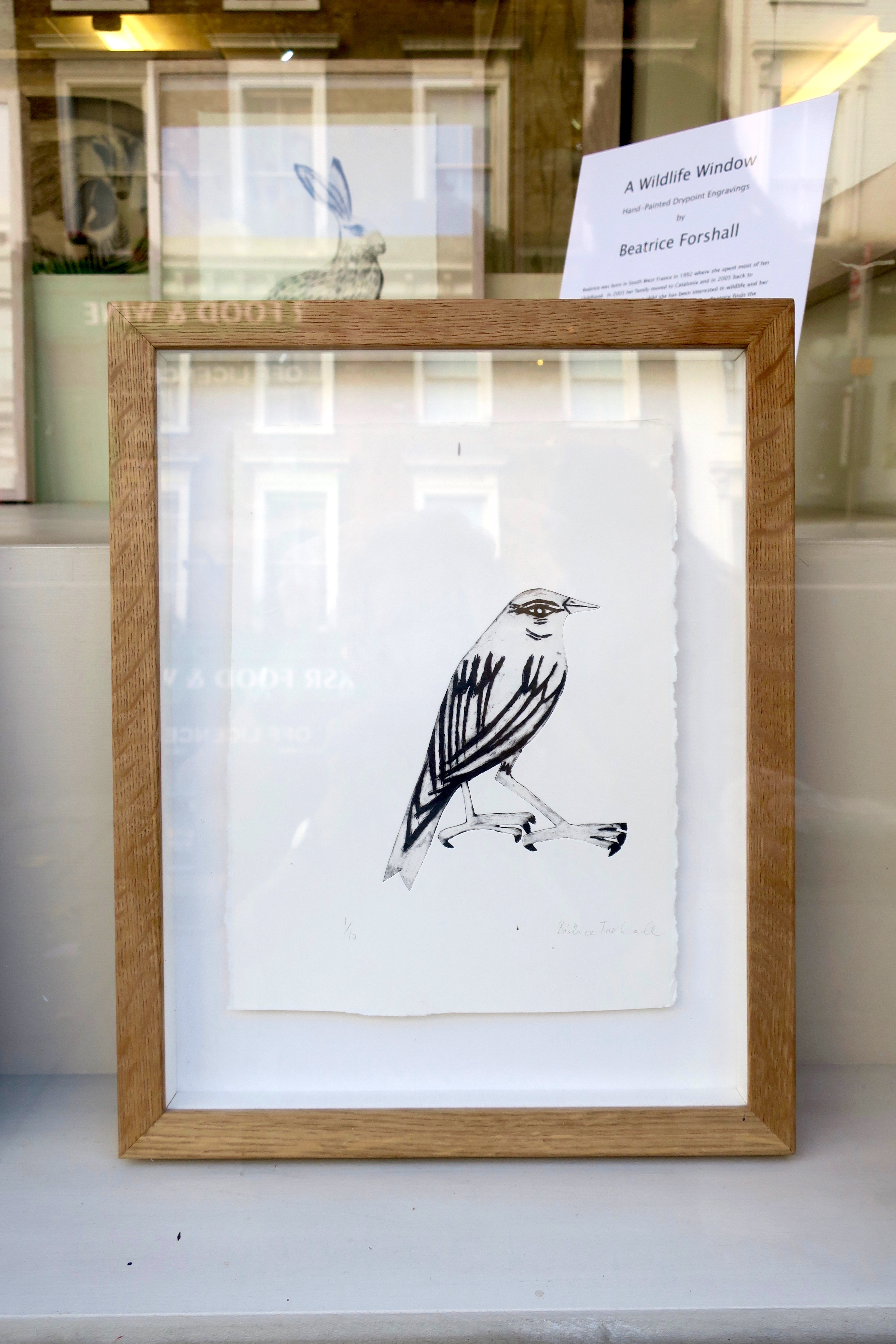 a spinning coin on a marble slab
(Wood Warbler)