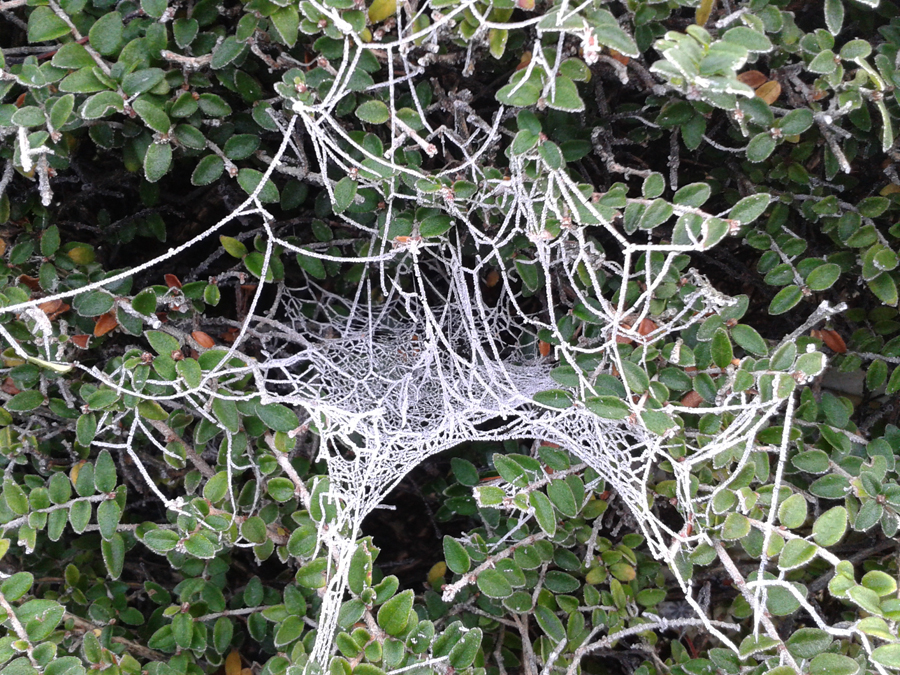 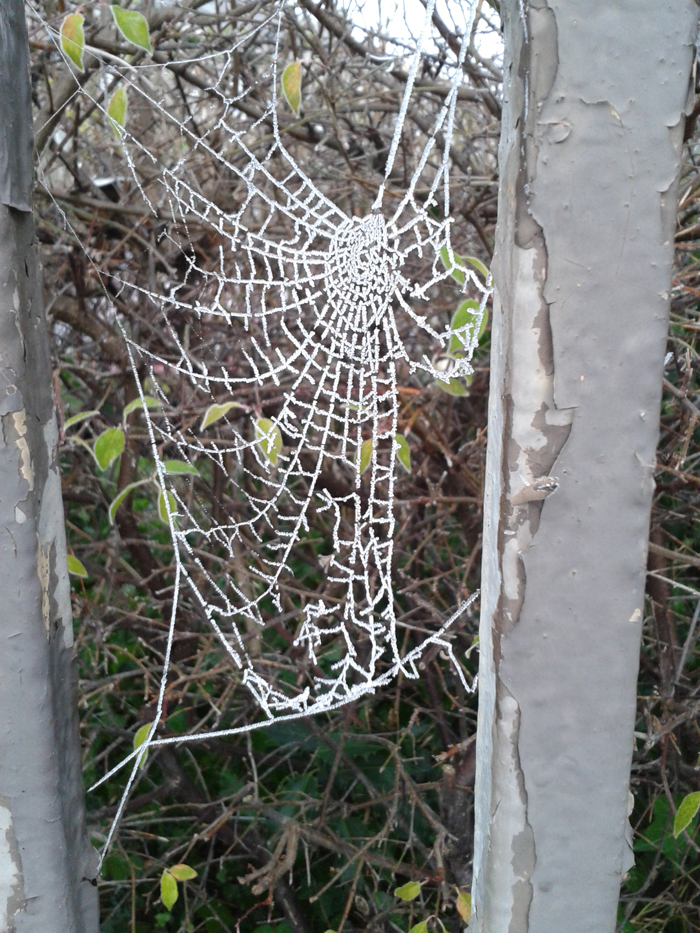 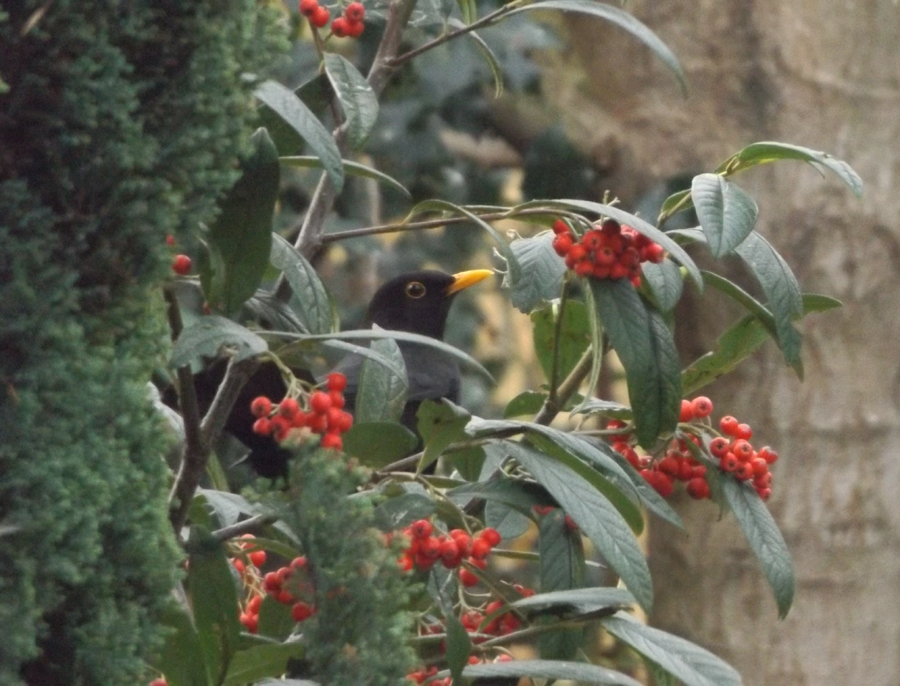 Despite my best efforts to cat-proof the garden, the small black demon from next door still manages to squeeze into the garden from somewhere. It’s a very proficient birder, its most recent kill being a goldfinch. I always worry for ground feeding birds, as they are the most vulnerable. With these in mind, I’ve recently started putting a single fatball within the close knit branches of the cotoneaster behind the garage. Blackbirds won’t feed from hanging birdfeeders as they’re not agile enough, but they will take bird food if provided, as long as they can reach it comfortably from a branch. 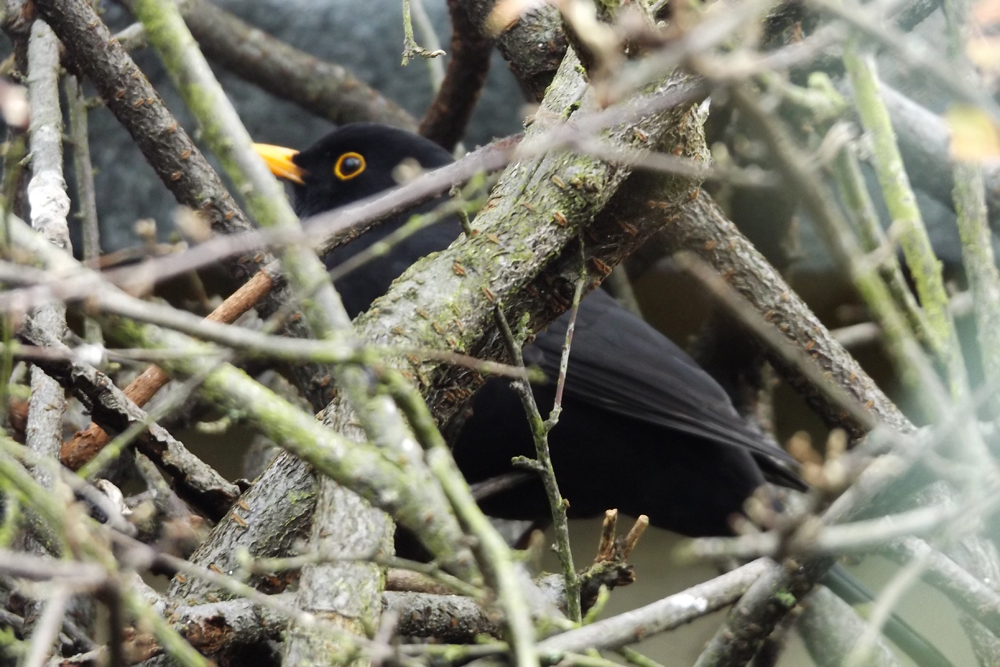 Sure enough, a blackbird or two always seems to be sheltering within the branches these days, close to its source of winter sustenance. 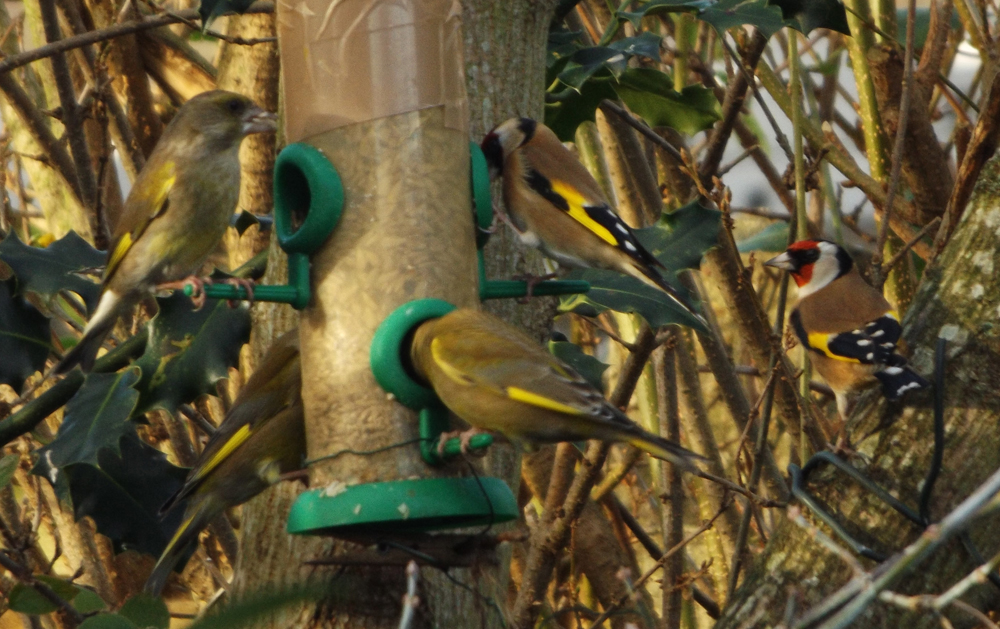 This time of year I’m filling up the seed feeder every day. 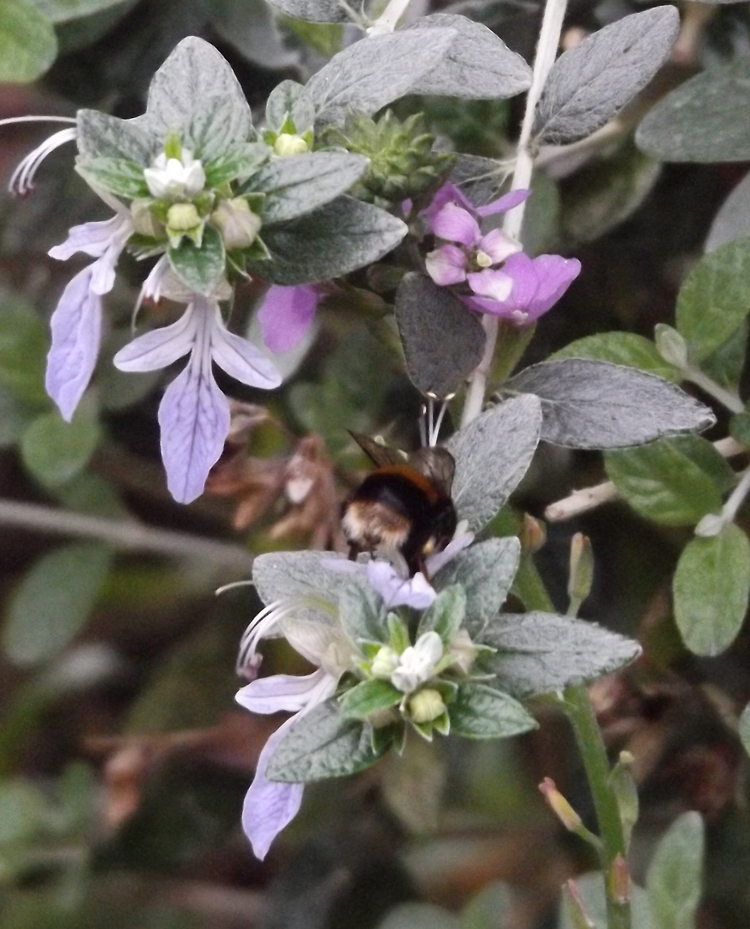 Shrubby germander – A fantastic evergreen shrub that will grow anywhere. It’s just about always in flower (these photos taken January 4th) and is a good nectar source for bees, especially for the odd hardy bumblebee that has not gone into hibernation. Proper name Teucrium fruticans, it’s native to the Mediterannean and is drought tolerant. The species plant is this pale lilac colour, but there is a spectacular dark blue variety called ‘Azureum’. It would make a good potted plant for a balcony or courtyard garden, as it looks good for 12 months of the year. 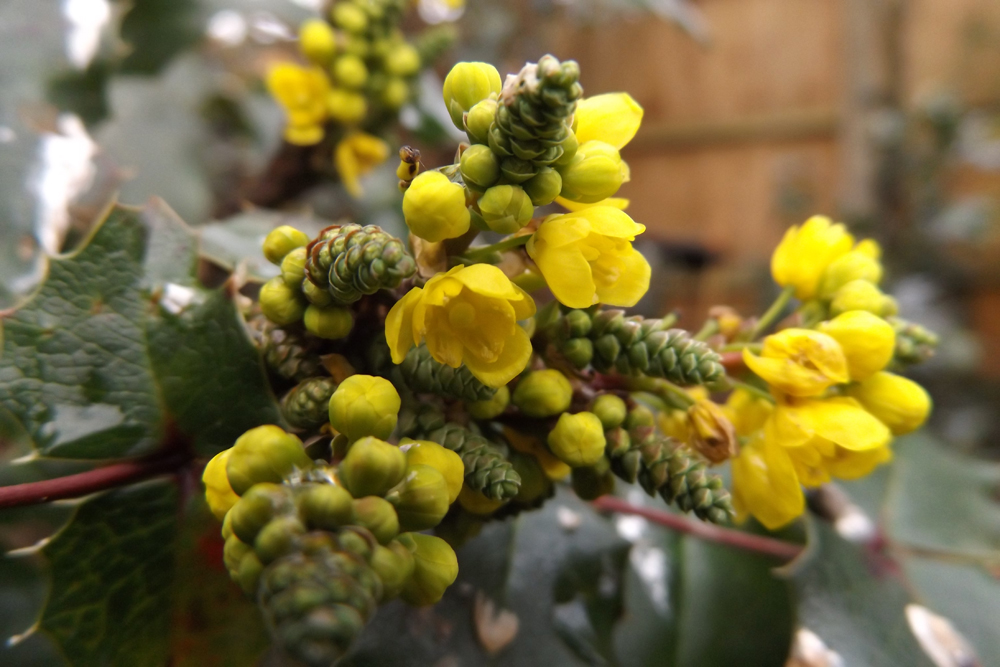 Mahonia – Another good source of late winter nectar and fragrance. 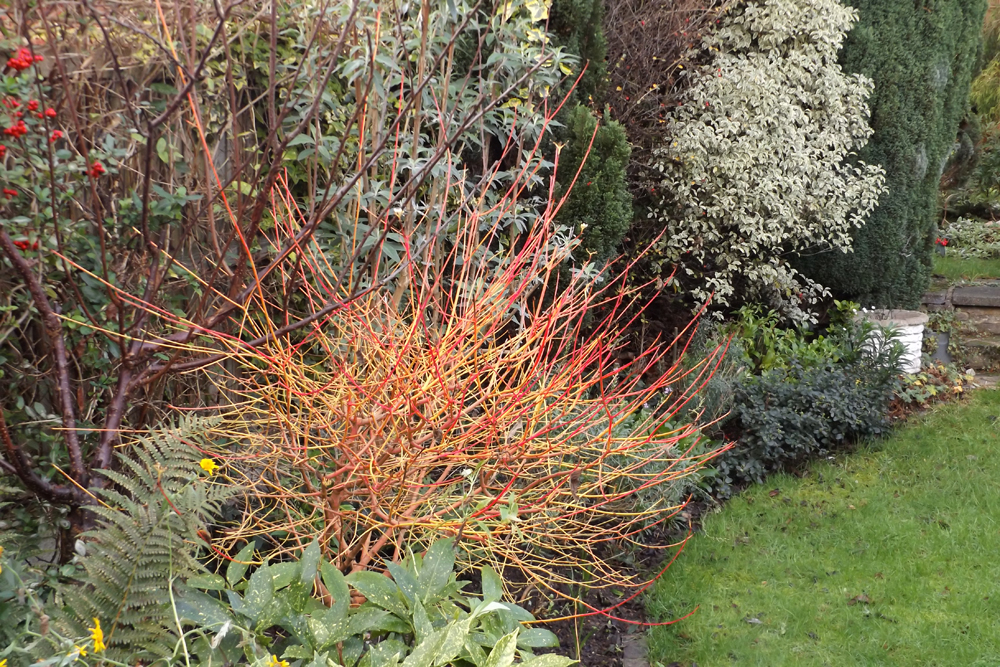 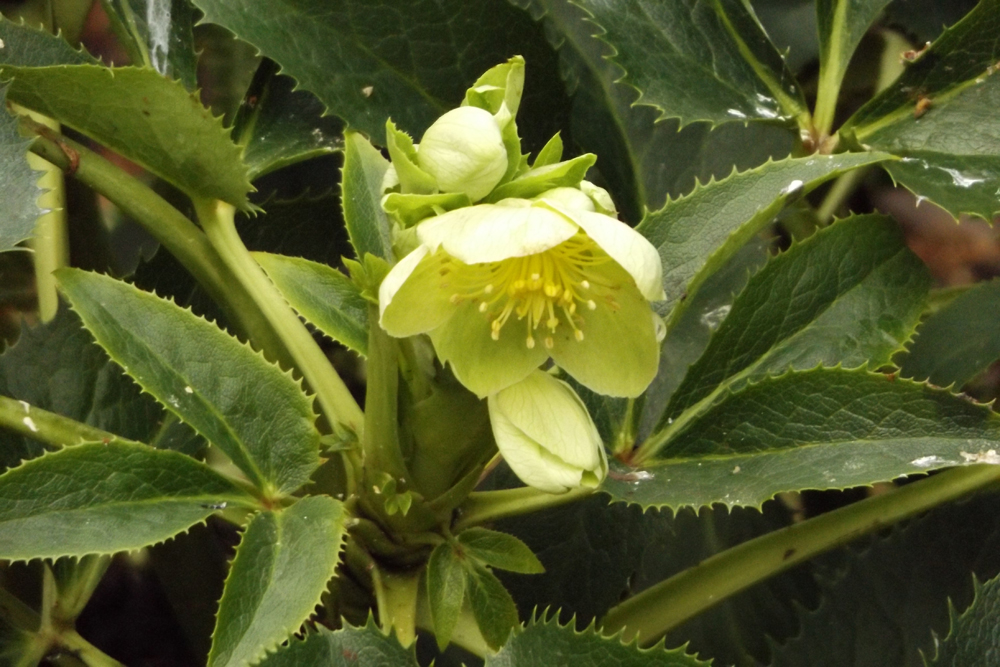 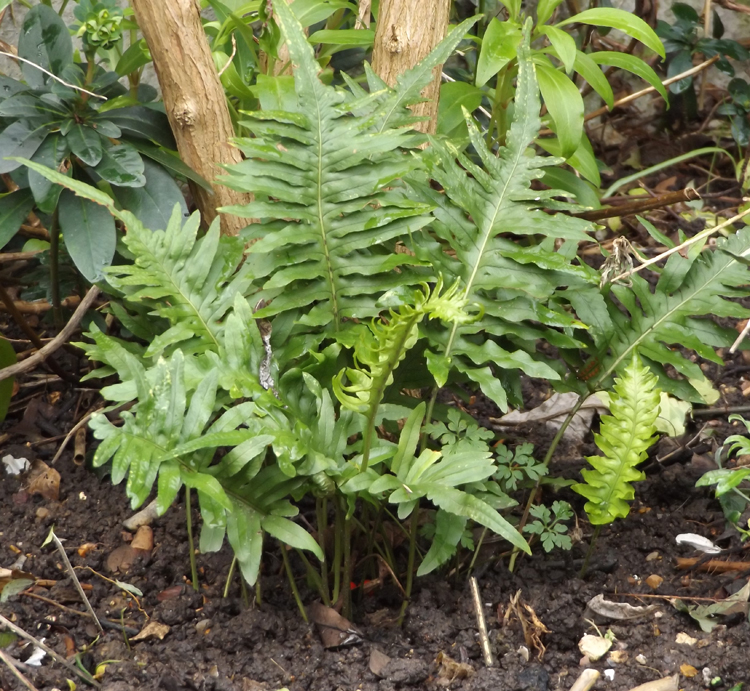 This hardy fern is at its best in the winter. It comes to life late summer/early autumn and dies back in the spring. For this reason it is good planted under deciduous shrubs. 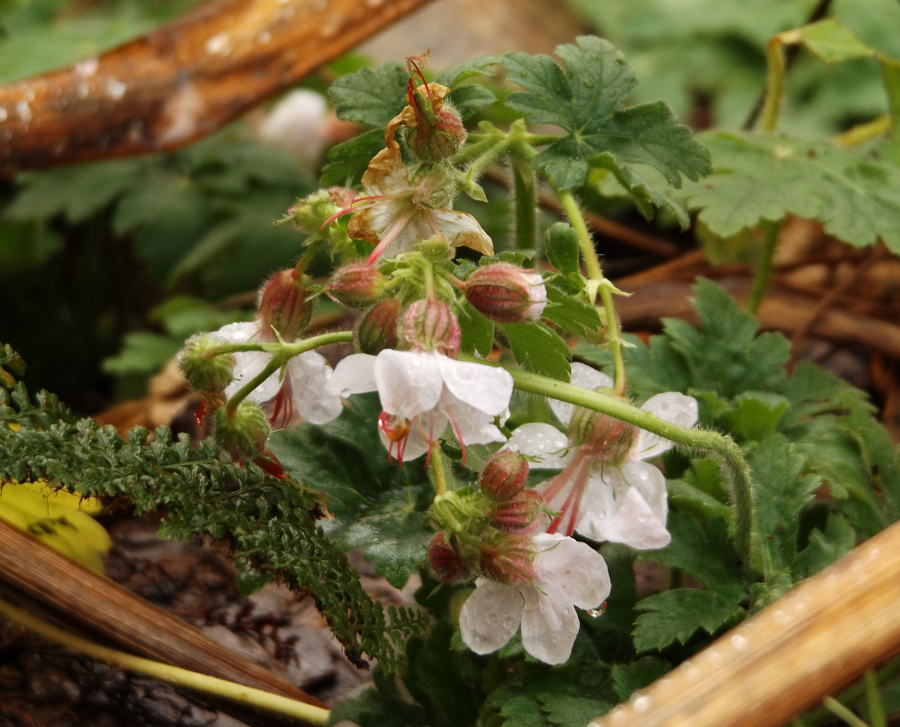 Geranium macrorrhizum – by rights shouldn’t be in flower now but just one example of the consequences of our mild winter. 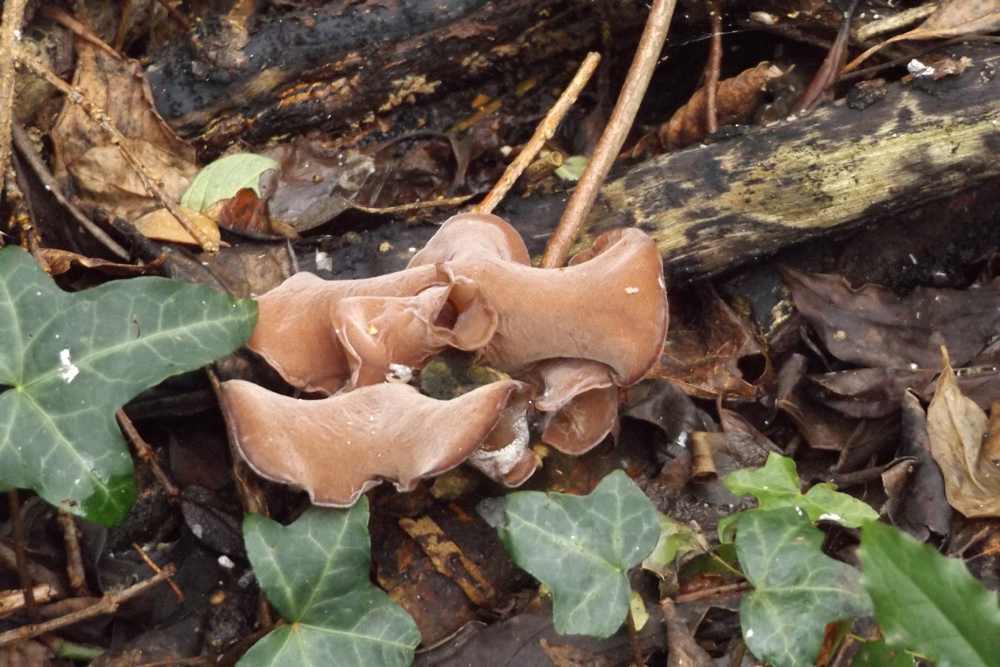 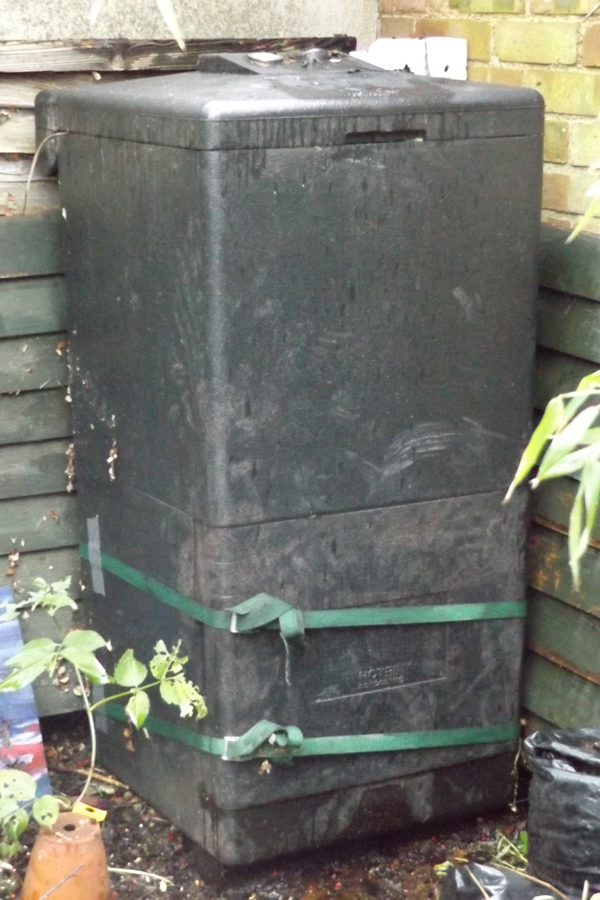 One of my better purchases last year was this ‘Hotbin’ composter. With a traditional wood slatted heap I’d spend all day (twice a year) getting very tired and mucky turning it out and over to get to the good stuff at the bottom. It was a breeding ground for slugs and snails too. With this new composter I’m getting a bag or two of compost out of it every month in spring/summer, and it’s a heck of a lot easier too – it takes about 20 minutes. And no molluscs!

Garden cuttings need to be chopped up quite small to get the most benefit, especially twiggy items. The real bonus is that grass clippings can be added liberally (they normally go slimy en masse in a normal heap) and they readily bump the temperature up to 50°C (120°F), which can be read on the thermometer built into the lid. Food waste can also be added, apparently even meat and bones, though it was a bit smelly when I tried this (maybe I wasn’t doing it right).

You get to the compost via the hatch at the bottom of the bin and pull it out with a hand-held rake or a fork. Compost suitable for mulching or improving soil texture takes about 30 days, for a finer potting compost about 60 days.

For more info on the composter go to www.hotbincomposting.com

2 thoughts on “A January Garden”