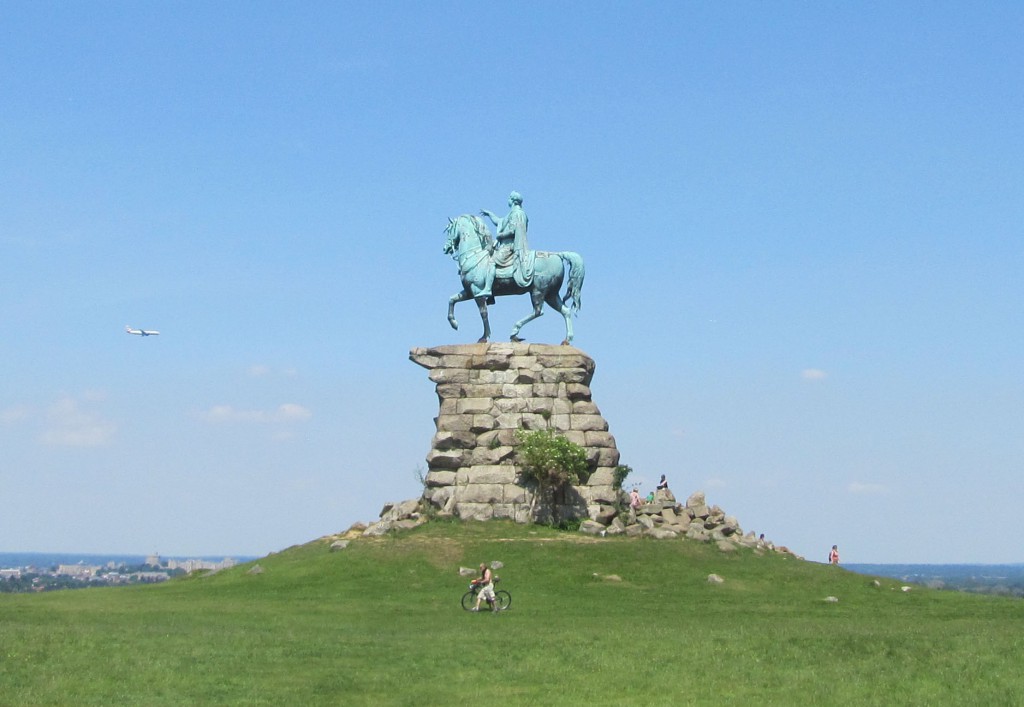 The enormous equestrian statue of George III looking down over Windsor Castle from the top of Snow Hill, pointing out incoming aeroplanes on their way to Heathrow. 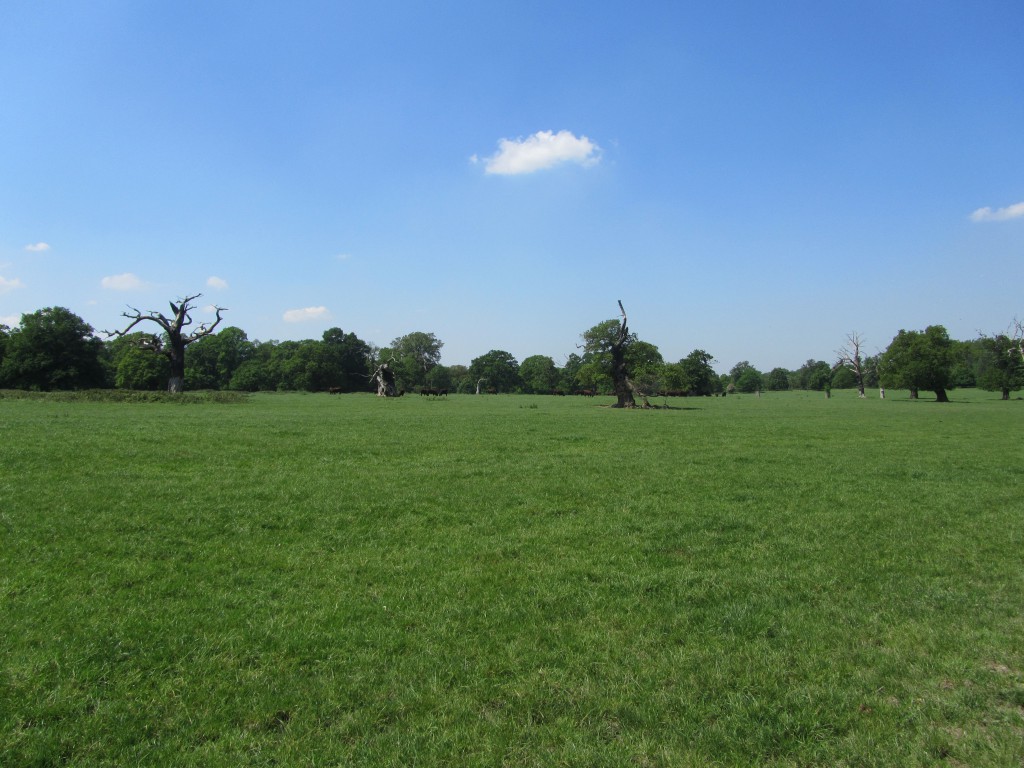 We came into the park at Cranbourne Gate by Cranbourne Forest where there are many ancient oak trees. According to Ted Green, Conservation Consultant at Windsor Great Park and founder member of the Ancient Tree Forum:

These thousand year old oaks represent a biological continuity dating back perhaps only seven generations to the last Ice Age. Windsor Great Park has the largest collection of old oaks remaining in Western Europe. These trees are not only of historic interest, but are also a valuable part of our cultural heritage. They would have been used by William the Conqueror to build Windsor Castle. 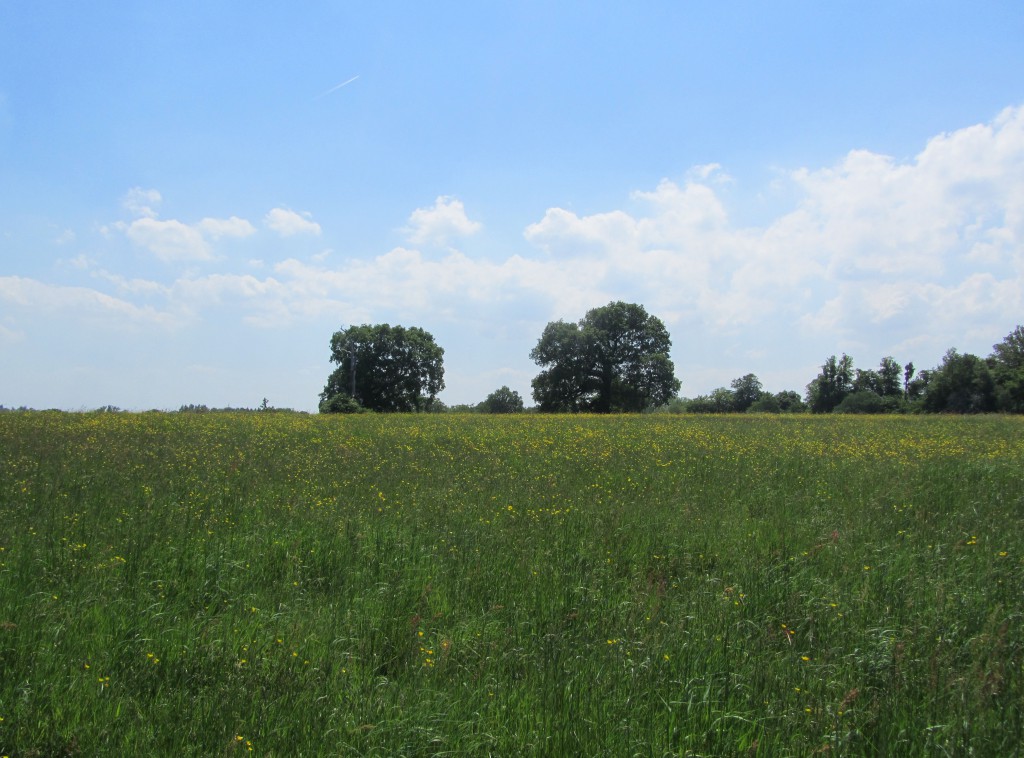 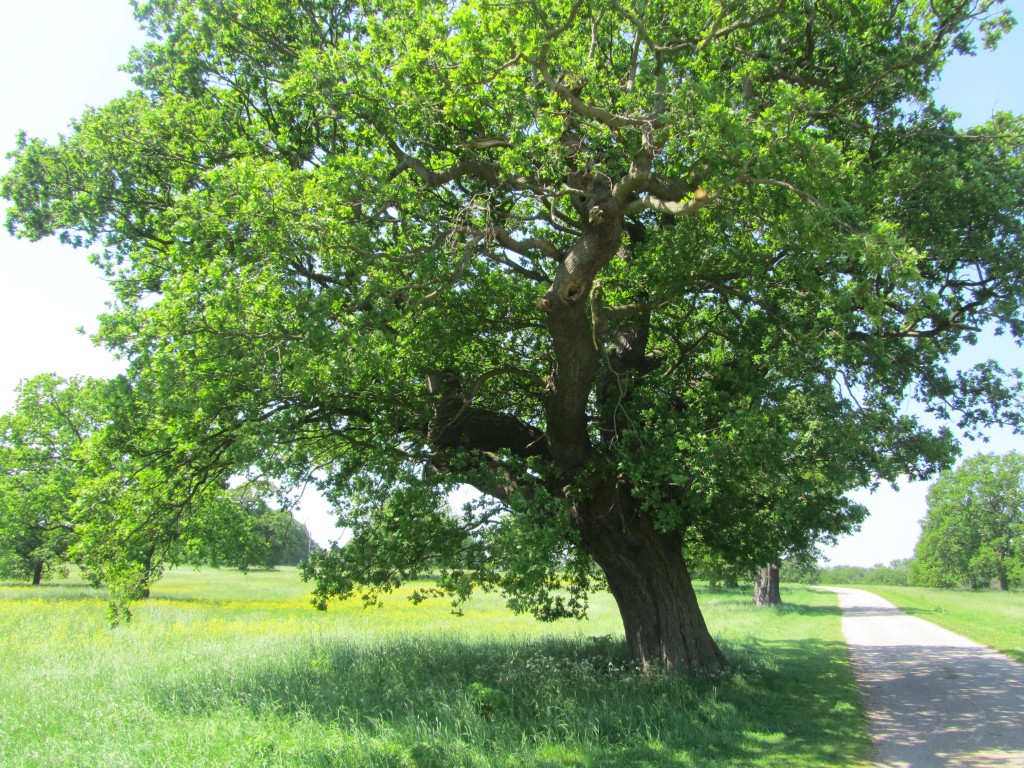 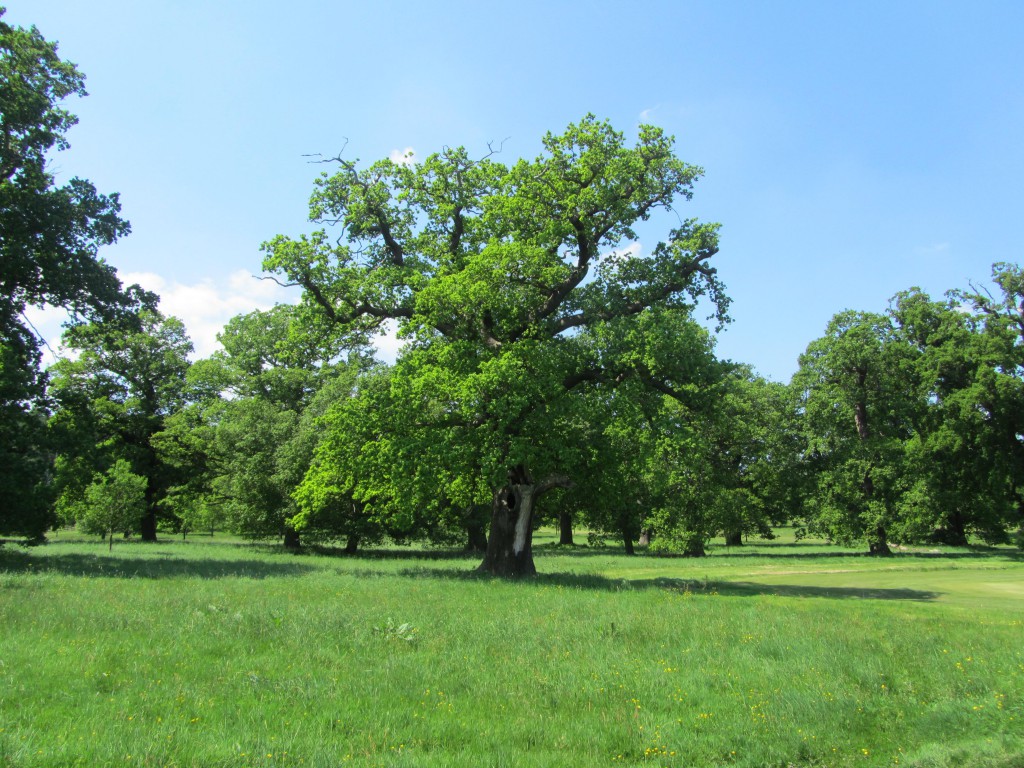 Lush meadows rich with sorrel and buttercup, and more oak trees though these are youngsters by comparison. 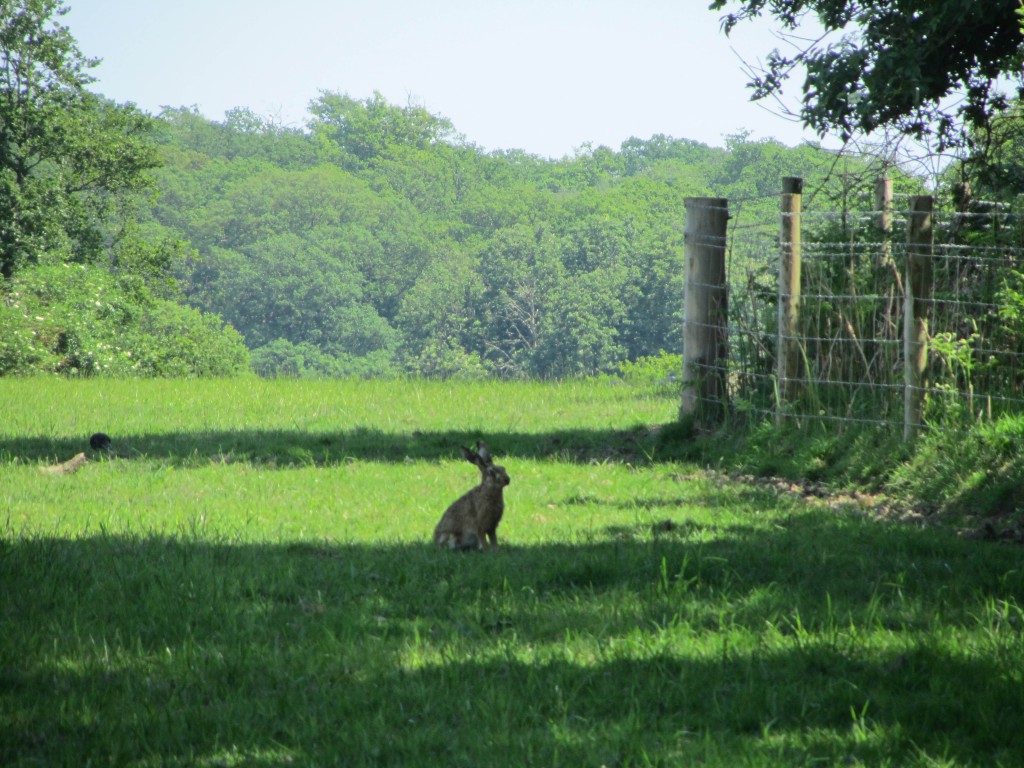 Just beyond Poet’s Lawn and there was a hare in the field beside us. I went to photograph it only to find the battery in my camera was flat. But the hare to the throne waited patiently whilst I fitted a new one, then sat for a few portrait shots before ambling off through the fence into the undergrowth. 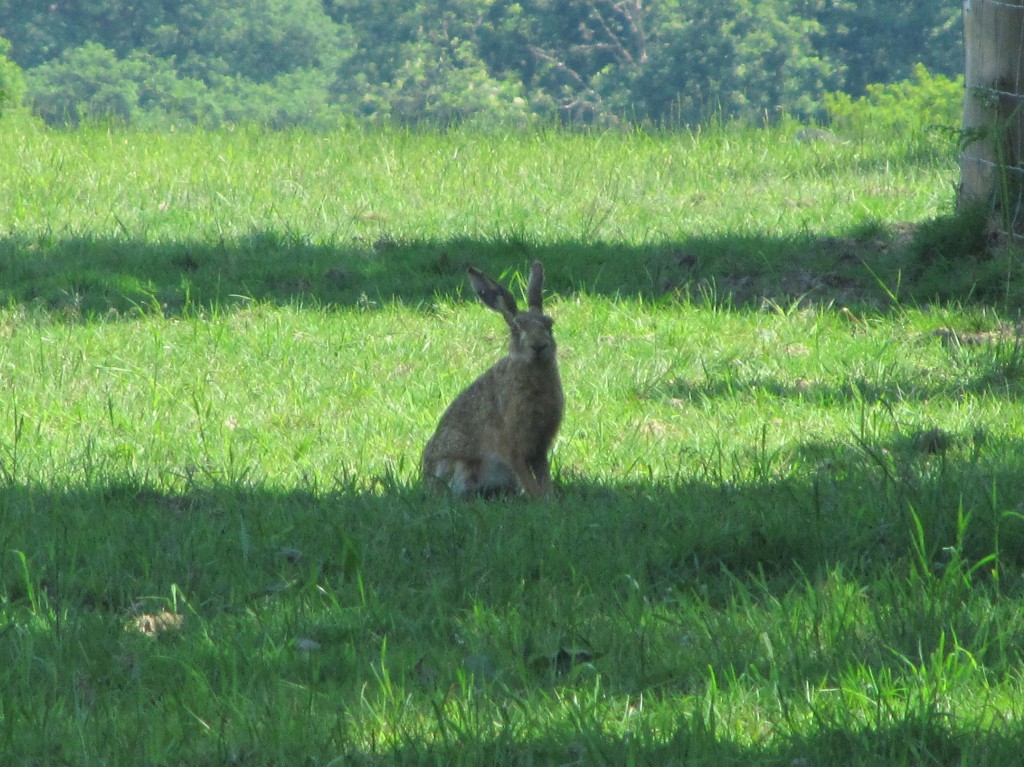 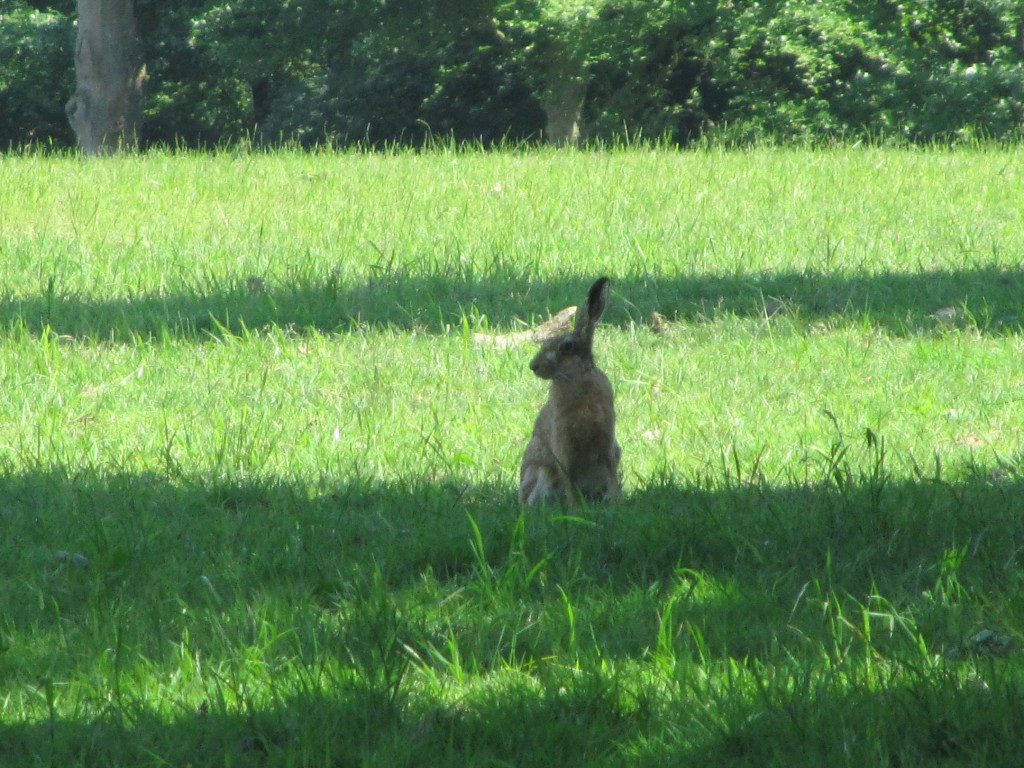 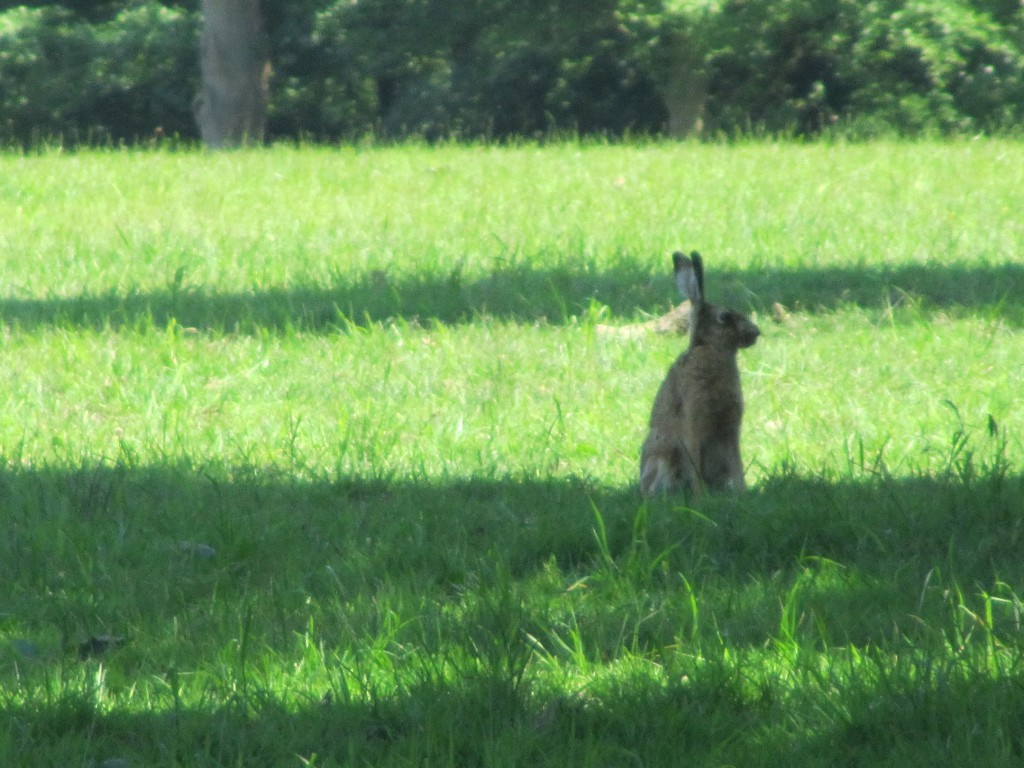 I was reminded of the March Hare by Howard Phipps, his beautifully executed wood engraving 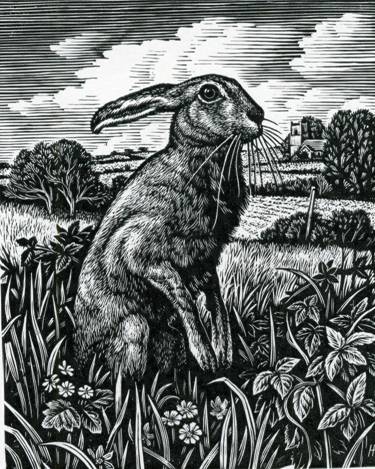 and also of David Hollington‘s paintings of hares. They appear in his pictures as musicians and tricksters, often inspired by his reading of The Leaping Hare by George Ewart Evans and David

Thomson, particularly their transcription of the 13th century poem The Names Of The Hare In English, which was recited as ritual name-calling to deliver the hare to the hunter. David has taken some of these names as enchantments for his paintings, Old Bouchart and Stag Of The Stubble. 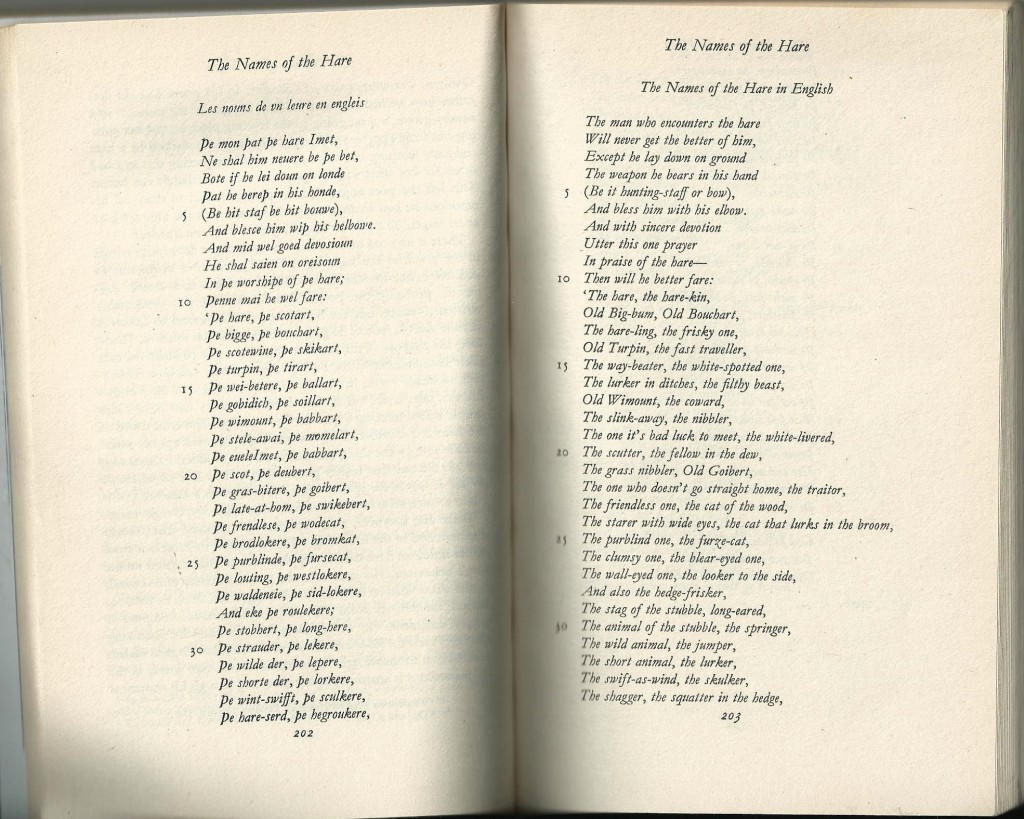 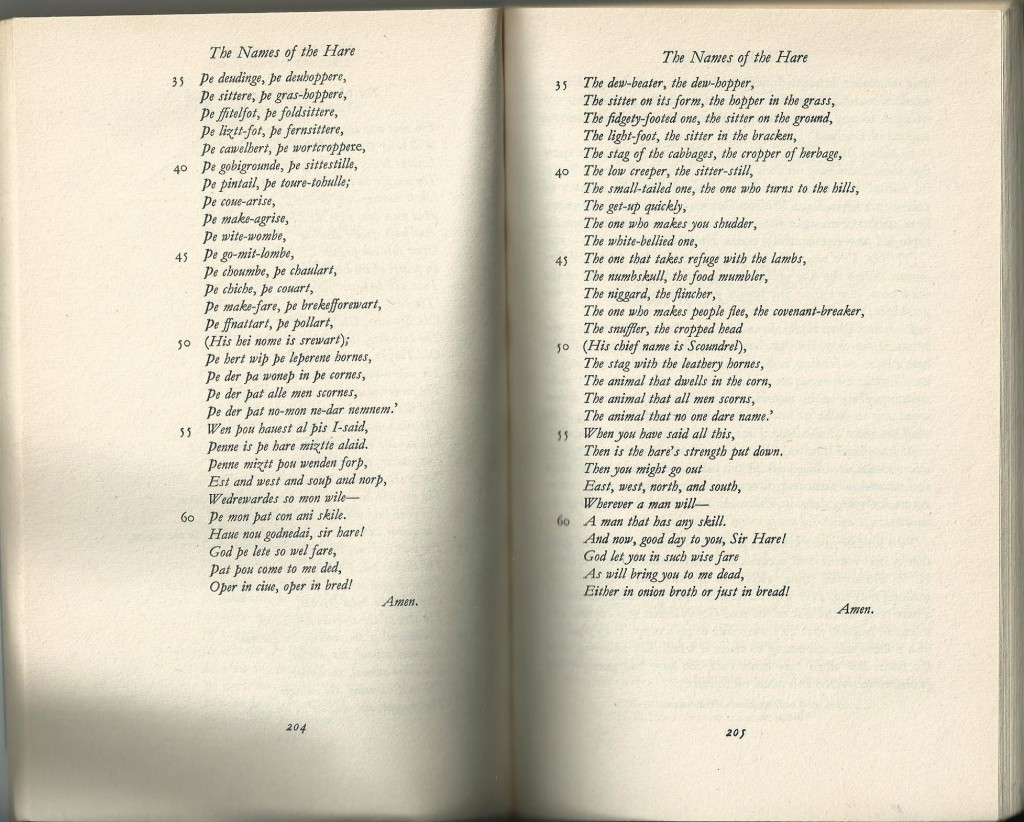 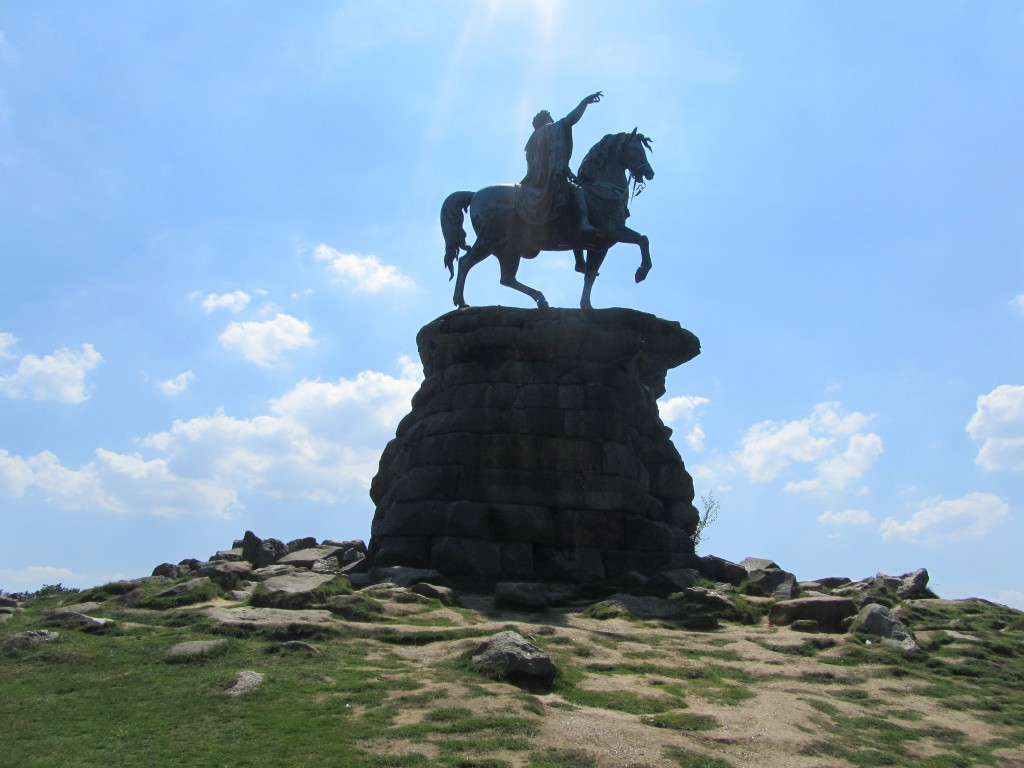 At the summit of Snow Hill stands this great bronze statue of King George III cast as a Roman emperor on horseback in classical robes and laurel crown. The carved inscription on the plinth reads:

which translates as George III, The Best of Fathers, King George. It was commissioned by his son, George IV, some say as a joke since their relationship was not good, but he was given a prominent position and commands a fine view down the Long Walk to Windsor Castle. 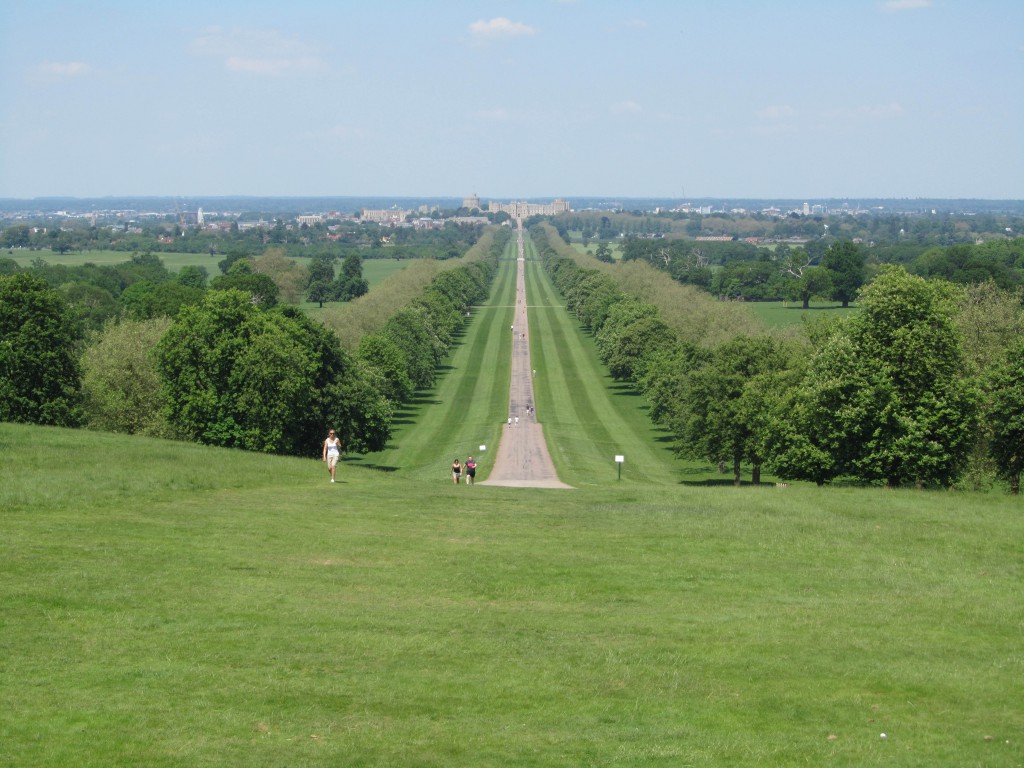 West of here and a meeting with a remarkable tree. This fantastic ancient hollow oak wears a girdle to hold it together. I was tempted to climb inside to find the magic tinderbox and three big-eyed dogs. 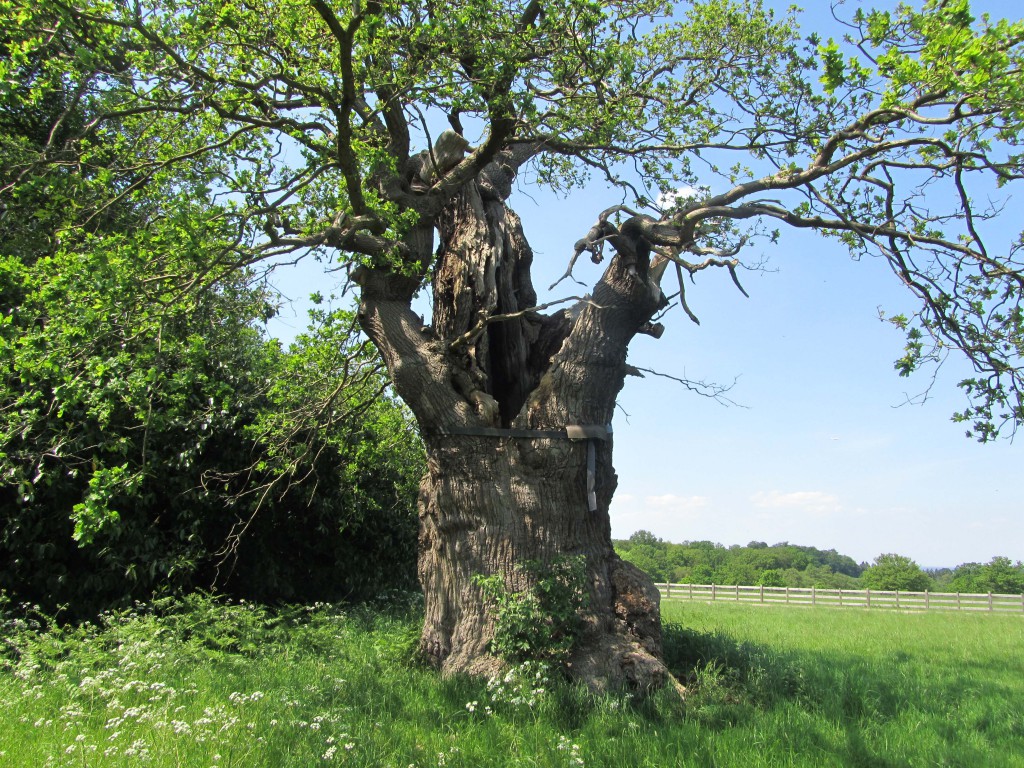 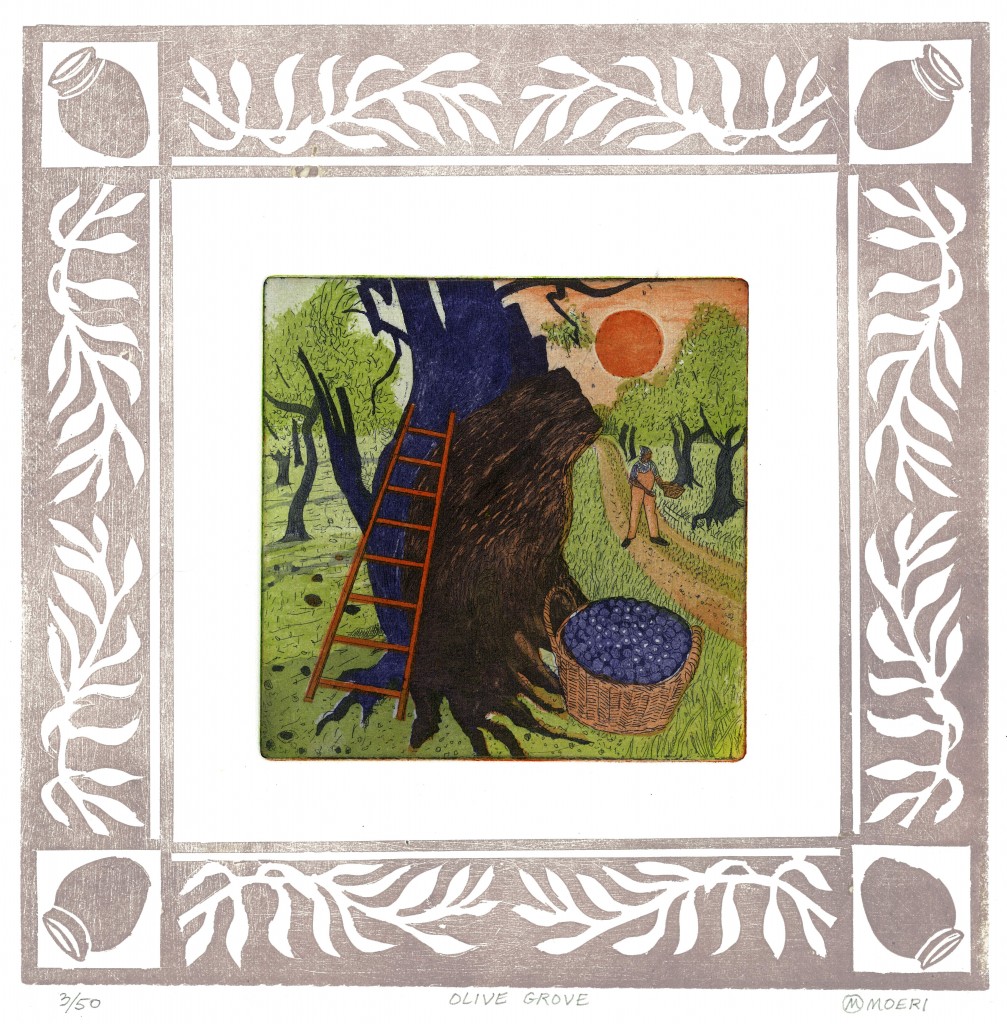 It also brought to mind this print of an old hollow olive tree by Maurice Moeri. 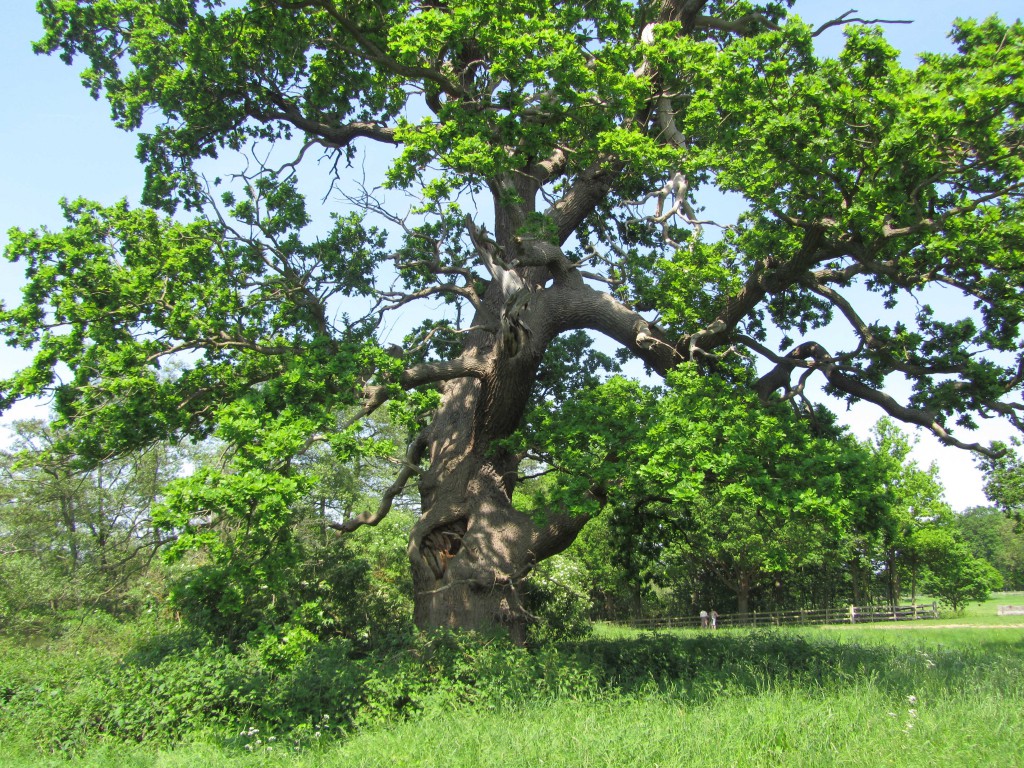 By Russel’s Pond another wonderful twisted old oak tree. From here we headed for Ranger’s Gate and back to Cranbourne Forest and an encounter with some long-horn cattle and a long-horn oak, 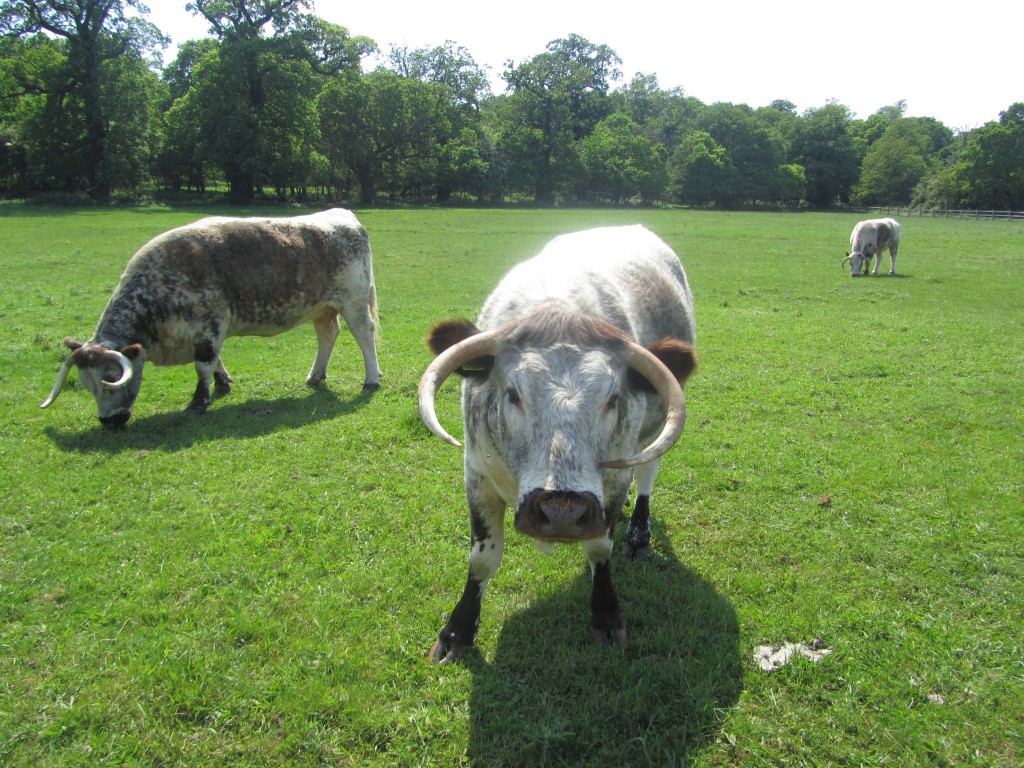 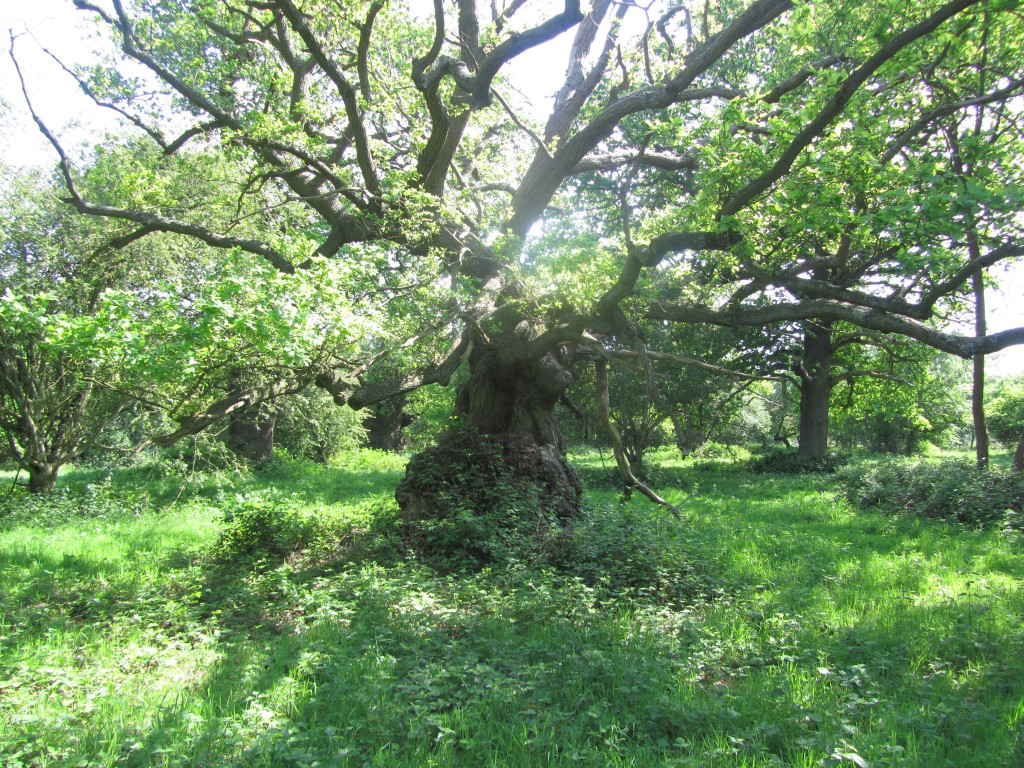 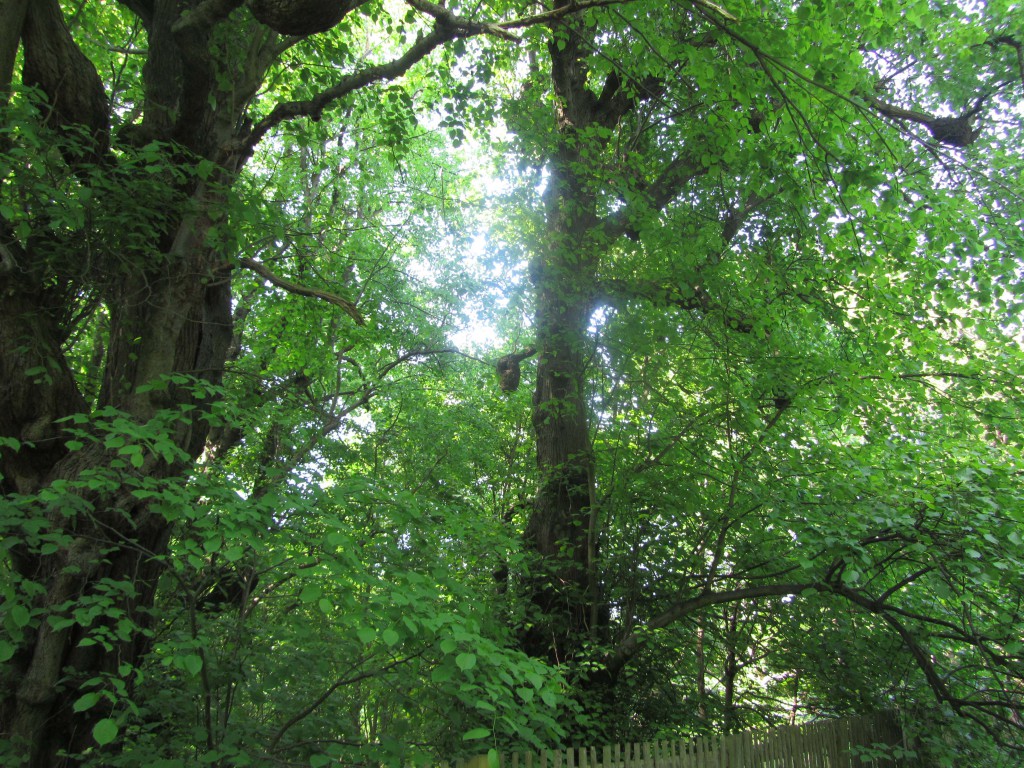 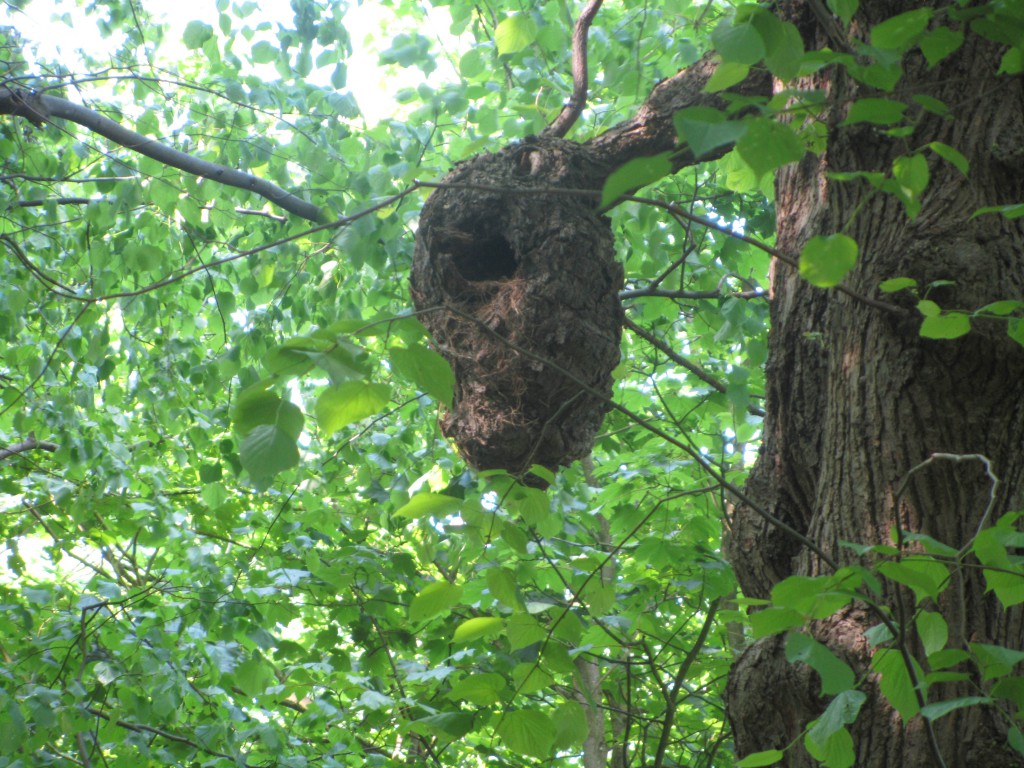 then an old lime tree with what looked like a wild bee’s nest hanging from it. But I’m no expert. Maybe it was a bird’s nest. I’m not sure, but it reminded me of another walk a few years ago in Essex when 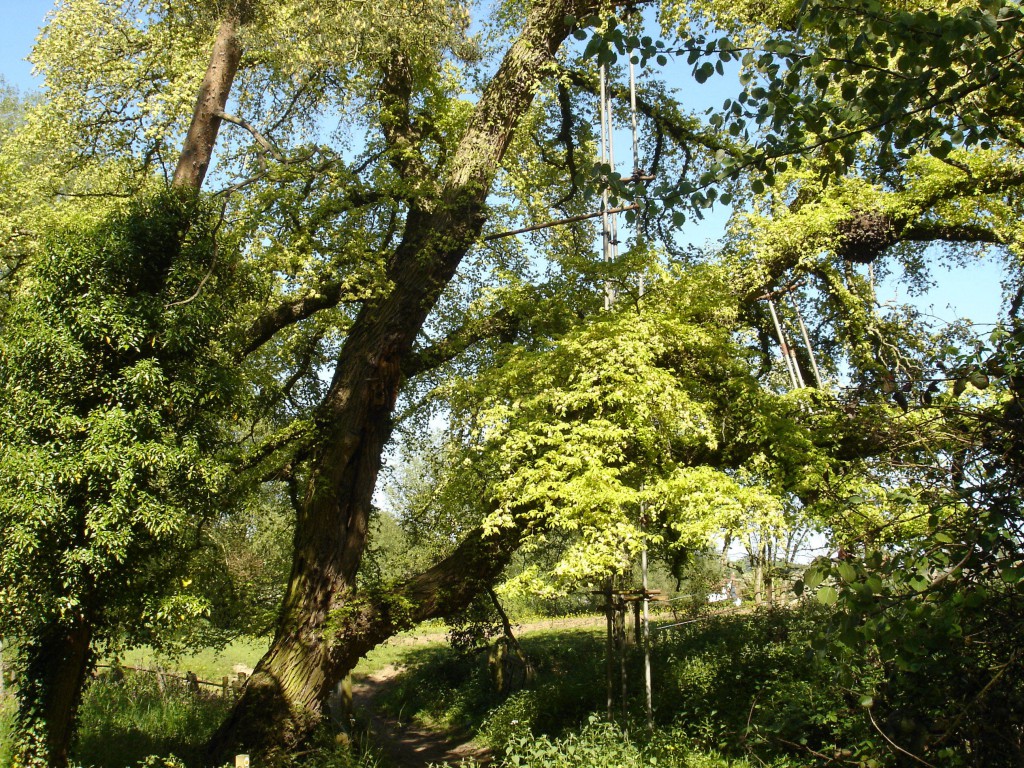 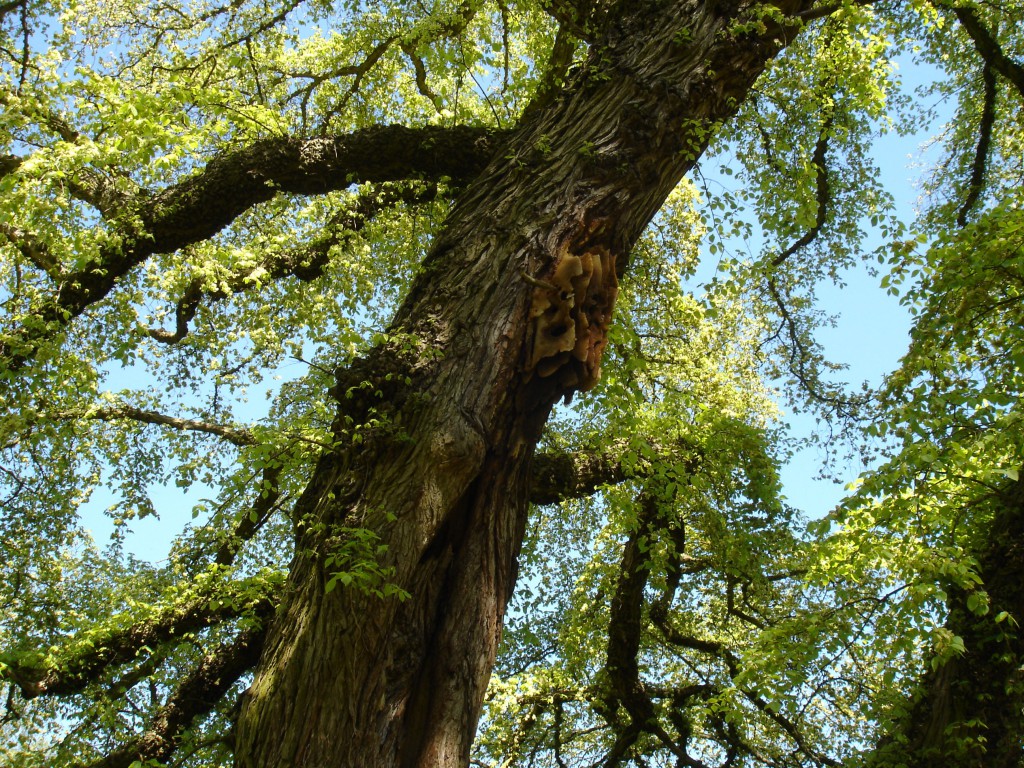 we chanced upon this fantastic old elm tree propped up by scaffolding and with honeycombs hanging from it. This was just after seeing a wonderful exhibition of prints by Julian Meredith at the North House Gallery in Manningtree, called coincidentally Bee, Eel, Elm Tree (Extinction). 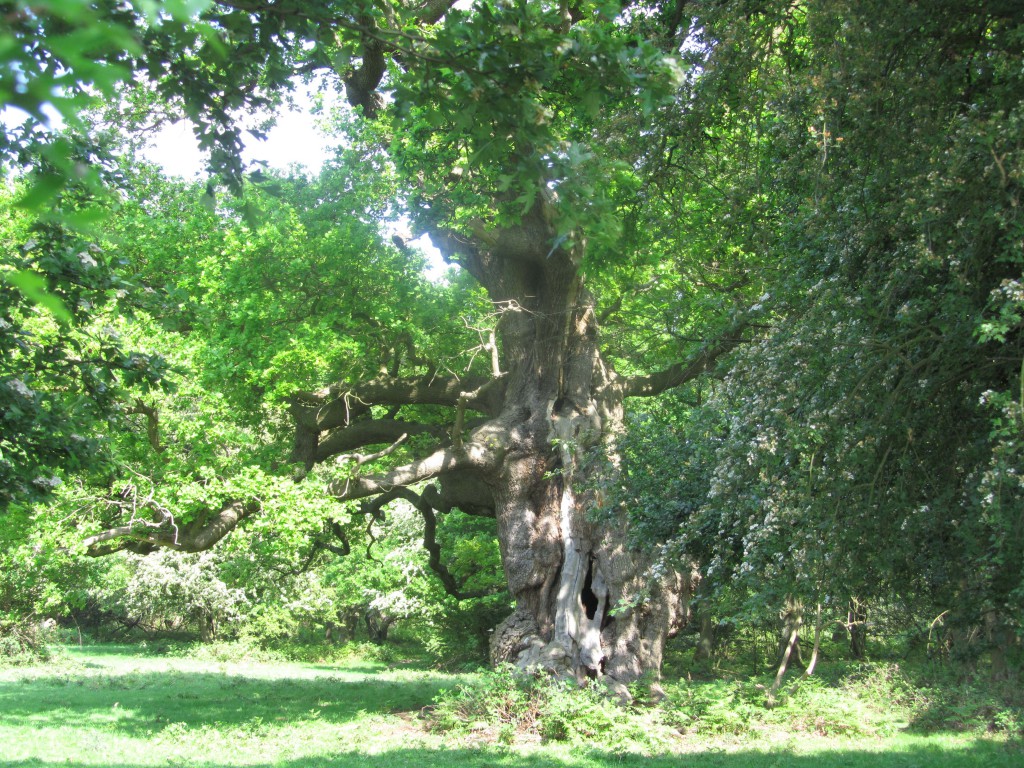 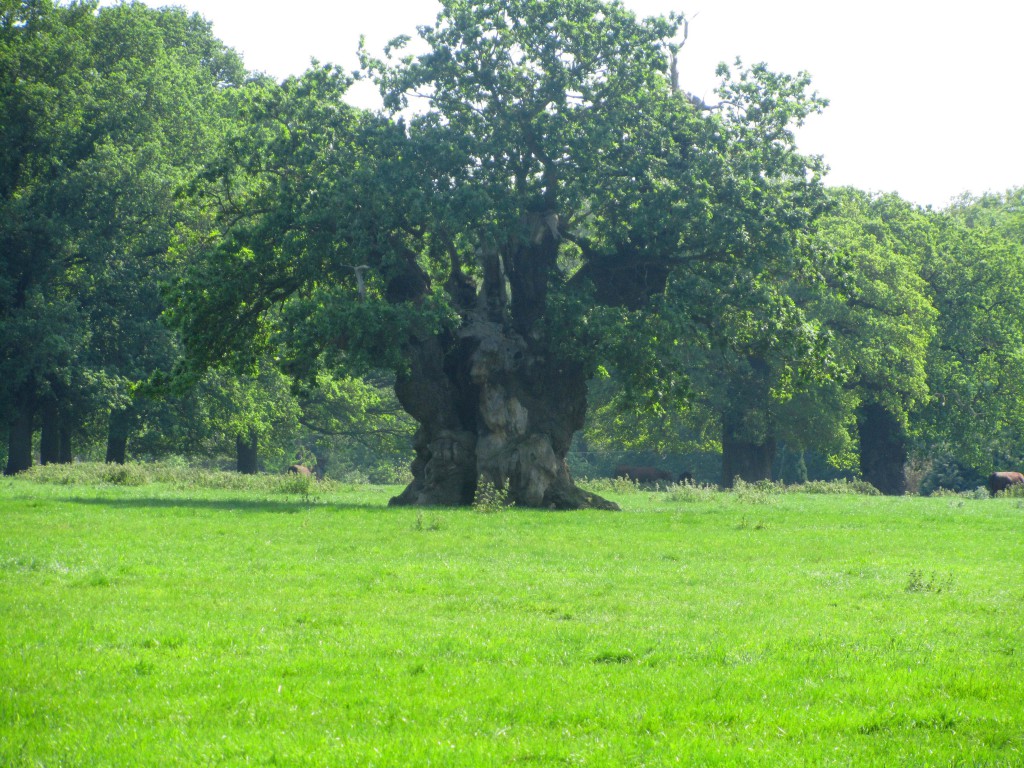 Returning to the beginning at Cranbourne Gate and its venerable oak trees. Up to three thousand in the forest are classed as ancient and several thousand more as veterans. In this Diamond Jubilee year it is interesting to note that Silver celebrates 25 years, Gold 50, Diamond 60, Platinum 70 and Oak 80 years. In the jubilee hierarchy oaks are top of the tree. Many of these Royal Oaks are 10 times that age. King Offa’s Oak, at 1300 years old is older than Windsor Castle and probably due its own jubilee.

One thought on “Windsor’s Great Park”