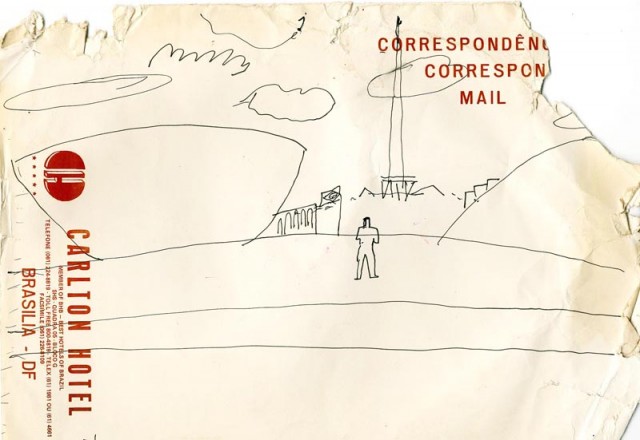 In February 1990, I took a plane from the beautiful and vibrant crazy beach city of Rio de Janeiro via Sao Paulo to the futuristic capital city Brasilia. Located in the savannah, centrally placed in the country, the shape of the new city is designed to look like an aeroplane. It was laid out by Lucio Costa, the father of modern Brazilian architecture who in turn chose Oscar Niemeyer to realise the poetry and optimism of the new Brazil. 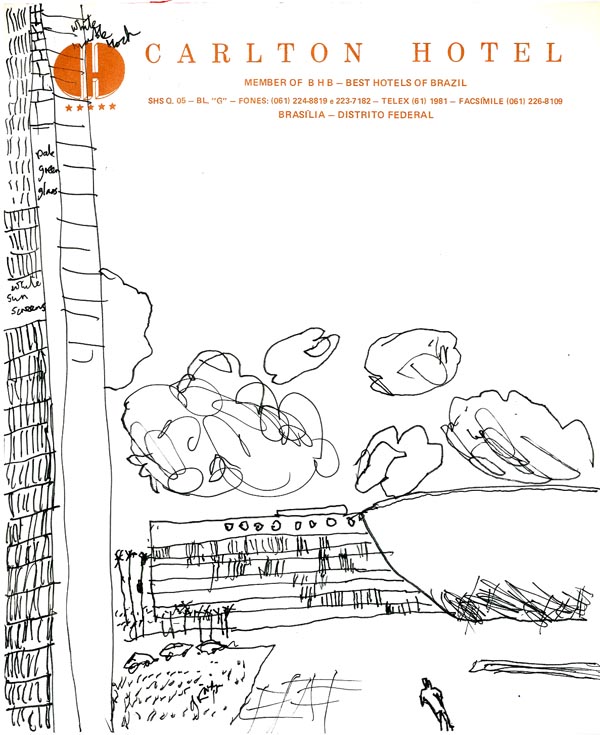 Roberto Burle Marx, the founder of modern Brazilian landscape architecture, who worked only with native plant species, landscaped the city. He is the man who designed those beautiful curvy mosaic streets seen in Rio and other Brazilian cities. 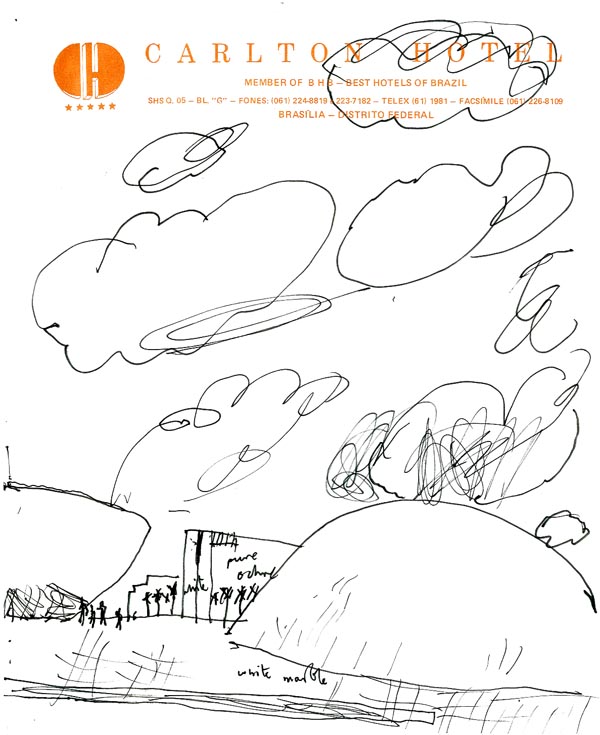 I had seen photographs of Niemeyer’s buildings but to view them in reality was overwhelming. They are like huge sculptures, white and gleaming in the harsh sunlight. Curved bowl and dish shapes, arcs of concrete creating shade from the glare, concrete bridges and ramps that cross lakes and pools, sweeping concrete roofs, all sculptural like a futuristic opera set. Even the bus stands have a flowing sense look to them. Brazilian sculptors and artists contributed to the look of the city by creating artworks and mosaics to decorate the new capital. 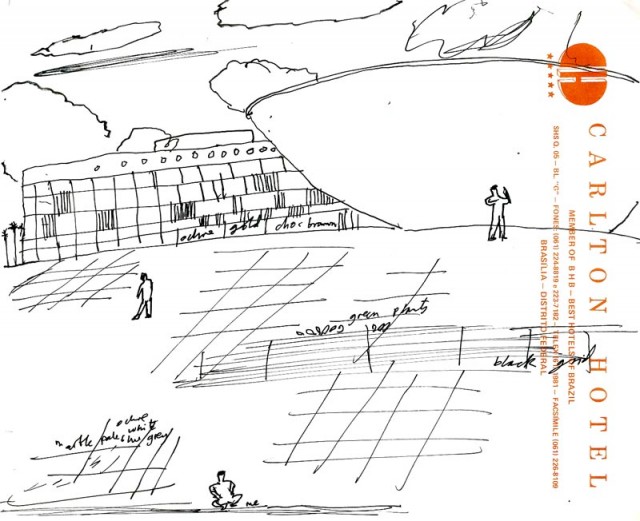 Brasilia is a zoned city, sectors for living, for working, for learning, for shopping and for government. It was this government section that I was drawn to. The entire zone was designed by Oscar Niemeyer. The layout is formal and imposing, two long lines of identical ministry office blocks frame The Three Powers which are designated for the Legislature, the Executive and the Judiciary. The Parliament and the Senate are built in a mirror image, one as a dome and the other as a bowl. I was reminded of De Chirico’s paintings when I saw these structures that stand out on the broad plateau. It’s a city designed to make statements and to inspire awe. The avenues here are monumental, broad motorways really. It’s a city for cars and not for pedestrians. 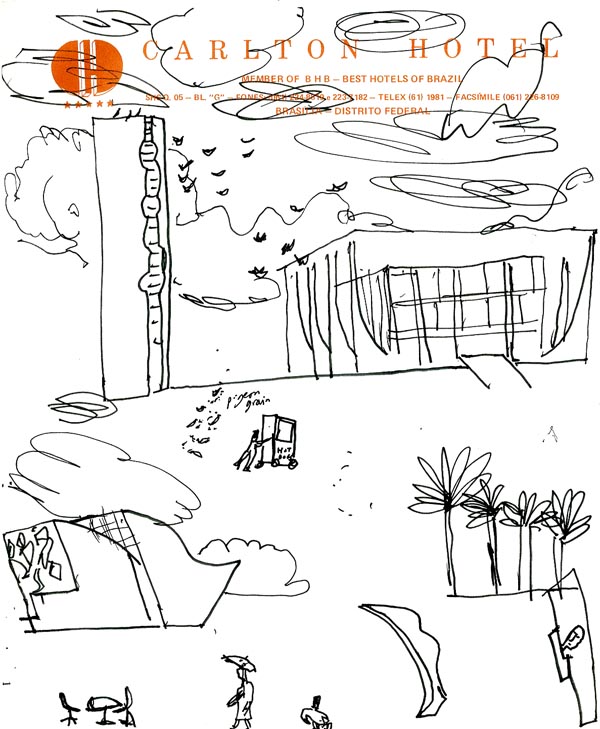 Niemeyer was almost 105 when he died and he worked all his life. I really love the curves and sweeping bridges and ramps that he created. It is sci-fi architecture, optimistic and poetic and joyful. 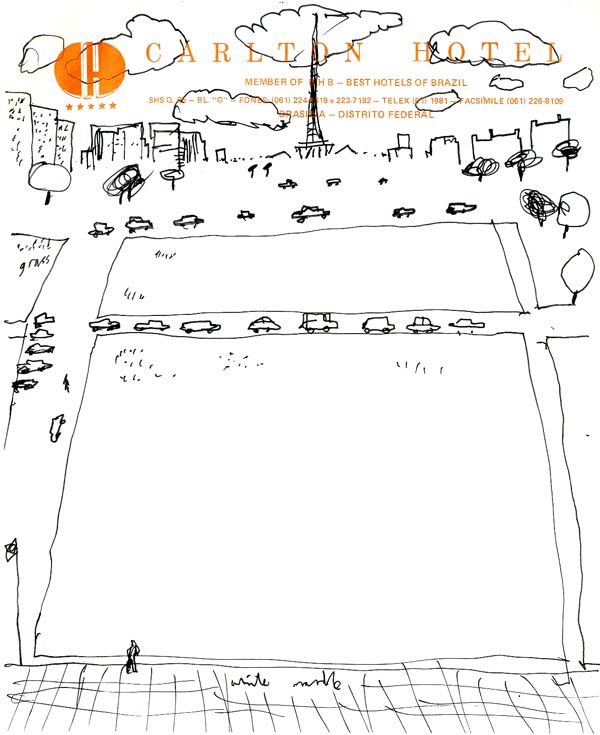