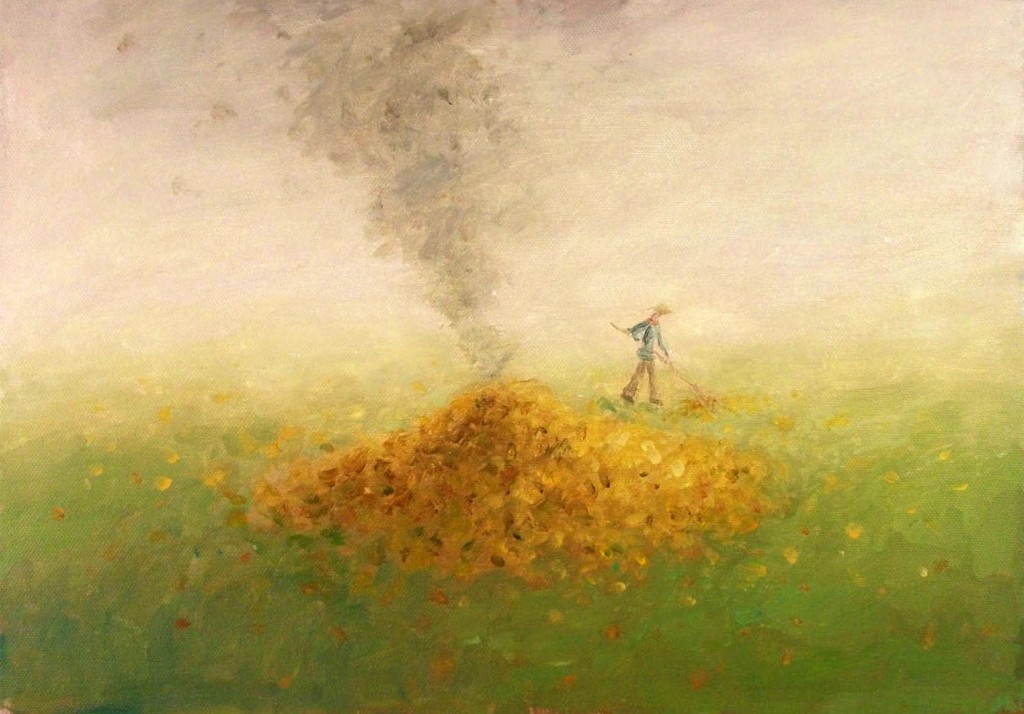 In his recent autumn statement, the chancellor George Osborne, as far as I know, did not make any reference to either falling leaves, early frosts, golden hues or mists and mellow fruitfulness and not that I am an admirer of Mr Osborne, I will never the less try to follow his lead and not dwell on its well know visual attributes. Because lets face it, as seasons go, autumn is a bit of a cliché and for any artist who doesn’t aspire to see their work adorning biscuit tins or tacky calendars it is definitely one to be avoided. This was (I convinced myself) my opinion when a couple of years ago I received a private commission to paint a picture depicting autumn and for a long time I pretended that autumn’s corny overtones were the reason I could never seem to start the picture. 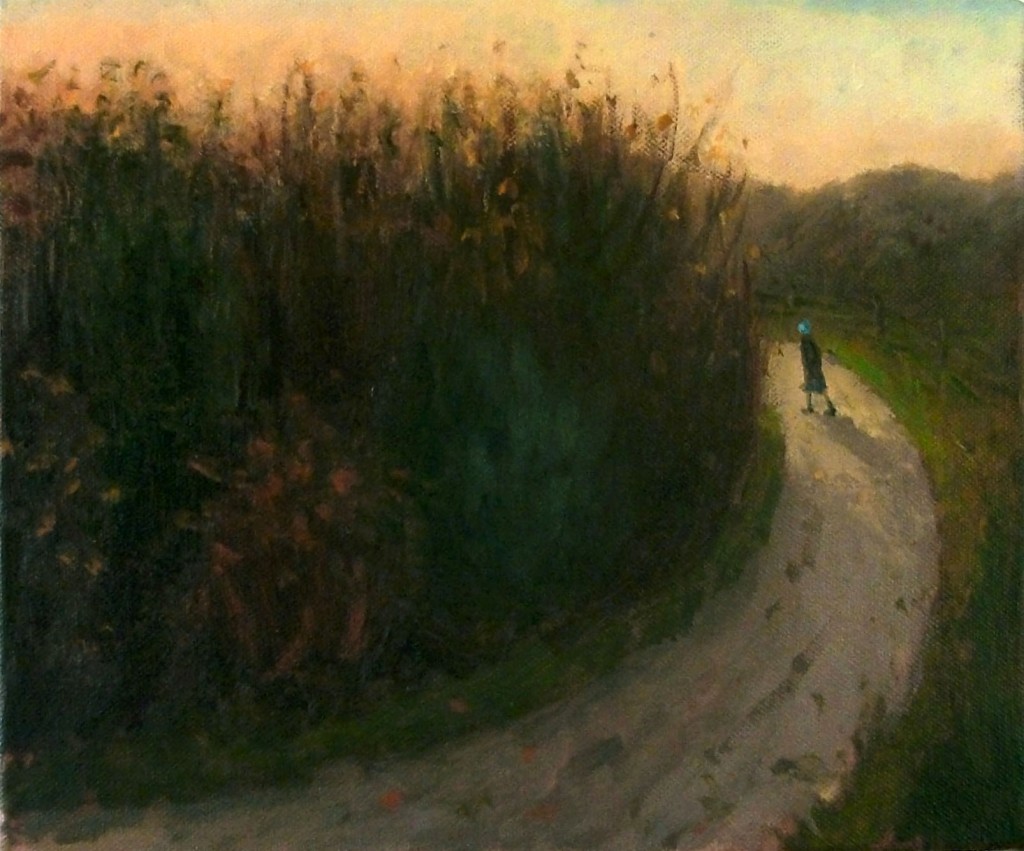 The real reason was quite different and though less pretentious much less easy to admit to. I was scared. The commission had come at a time when I had decided to stop painting and concentrate on my illustration work and this made me very doubtful that I could actually paint anything let alone a whole season. So I initially blamed my apparent artistic block on YELLOW. Autumn had far too much of it and at times the yellows of autumn could be very bright and gaudy! Especially when accompanied by the vivid reds of maples and framed by alarmingly green grasses and dazzling blue skies. 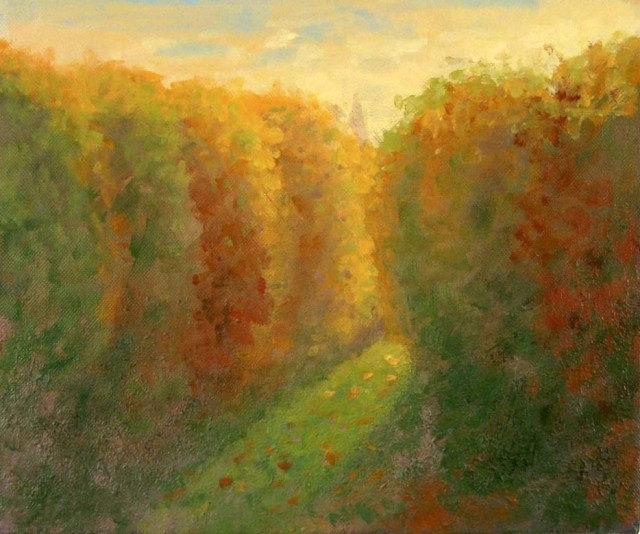 Basically autumn was a greedy season with more than its fair share of heavy saturated colours, and there was no doubt that, for me painting it was going to be a virtually impossible task. For example, should I go for a range of reds, browns, red browns, oranges, orange reds, orange browns, yellows, yellow browns, greens, green browns, yellow greens or a selection of the former or maybe just stick everything in for good measure? 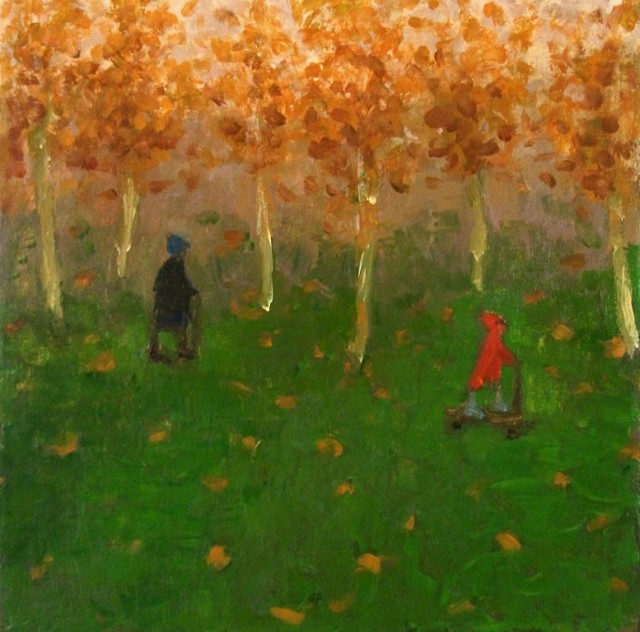 It seemed like a lifetime equipped with a limitless supply of expensive cadmium paints would not be enough to do the autumns variety of colour justice. So with all this autumnal angst and the passing of many months of procrastination it was actually a relief to get started. Even though I hadn’t painted for a while and felt distinctly nervous I was surprised how easy it was to get into the flow and how quickly I rediscovered the highs and lows of self expression unfettered (relatively) by commercial restraints. 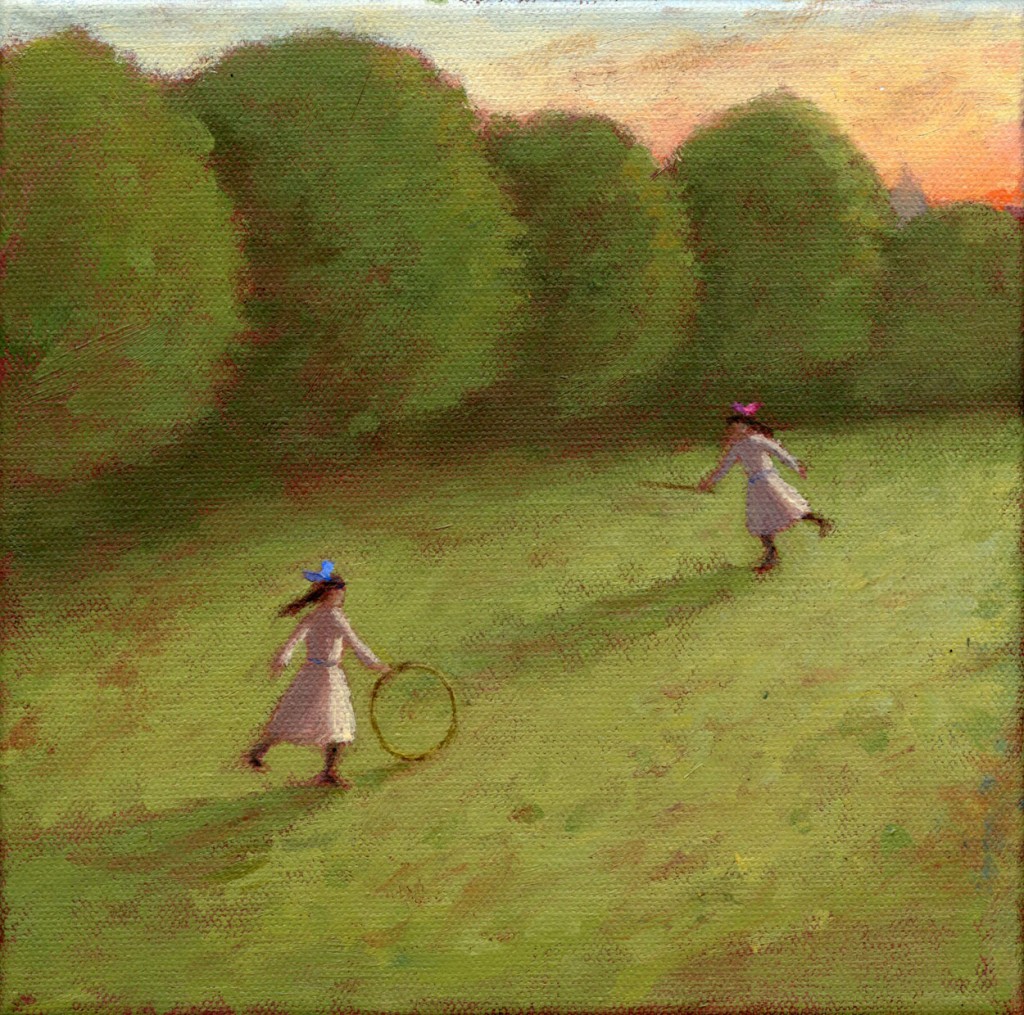 I was reminded how exciting it was to have the freedom to build your own world and communicate to others a vision which is purely idiosyncratic and conveys, hopefully in a stimulating way the artists own view, their dream, their voice, a moment forever transfixed on to a 2D surface, never moving or changing. 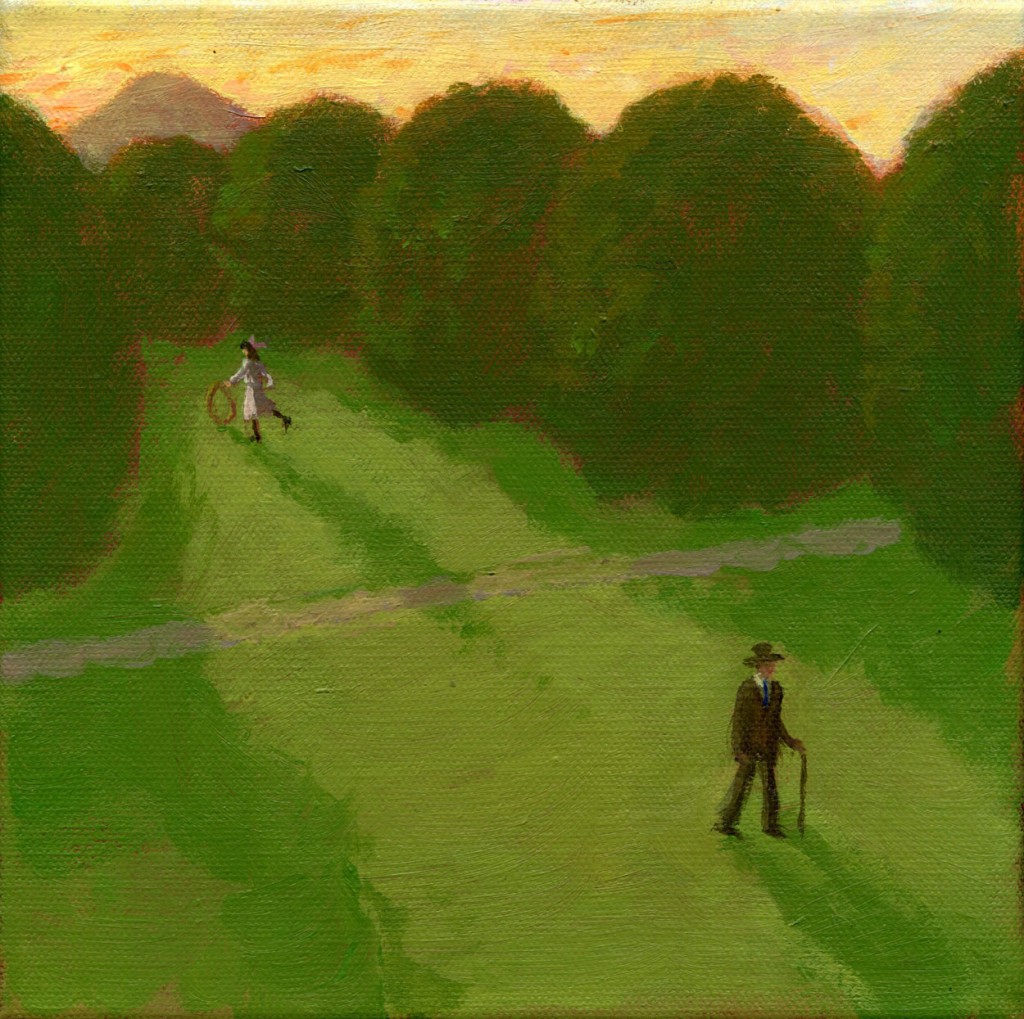 If only Autumn itself had been so immobile. But Fall was a fidgety sitter, always on the move. Despite the constant harassment by wind, rain and frost its leaves seem to hang on, desperate to impress in one final supernova burst of colour. And now, like low budget Christmas decorations all that remains are a few leaf clusters circling street lamps or laminated into icy pavements. Winter is here and there’s another season to paint, if I can remember how to do it. 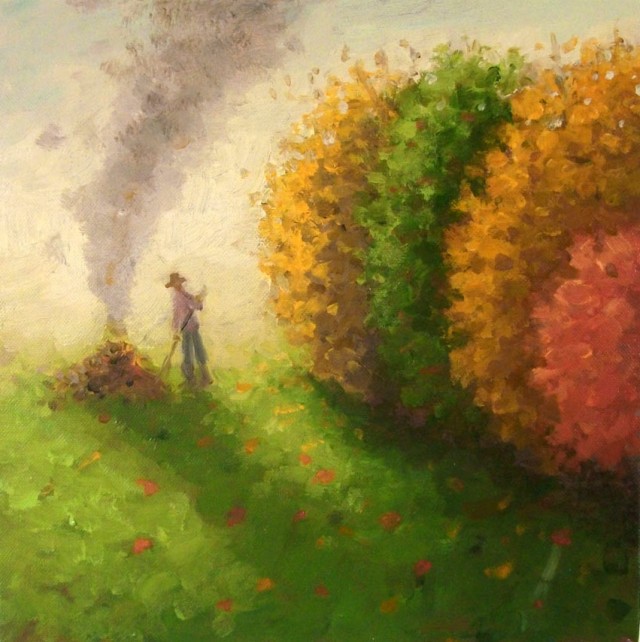