Fools & Dreamers: Regenerating a Native Forest is a 30-minute documentary telling the story of Hinewai Nature Reserve, on New Zealand’s Banks Peninsula, and its kaitiaki/manager of 30 years, botanist Hugh Wilson. When, in 1987, Hugh let the local community know of his plans to allow the introduced ‘weed’ gorse to grow as a nurse canopy to regenerate farmland into native forest, people were not only skeptical but outright angry – the plan was the sort to be expected only of “fools and dreamers”.

Now considered a hero locally and across the country, Hugh oversees 1500 hectares resplendent in native forest, where birds and other wildlife are abundant and 47 known waterfalls are in permanent flow. He has proven without doubt that nature knows best – and that he is no fool.

Find out more about the film at foolsanddreamers.com. 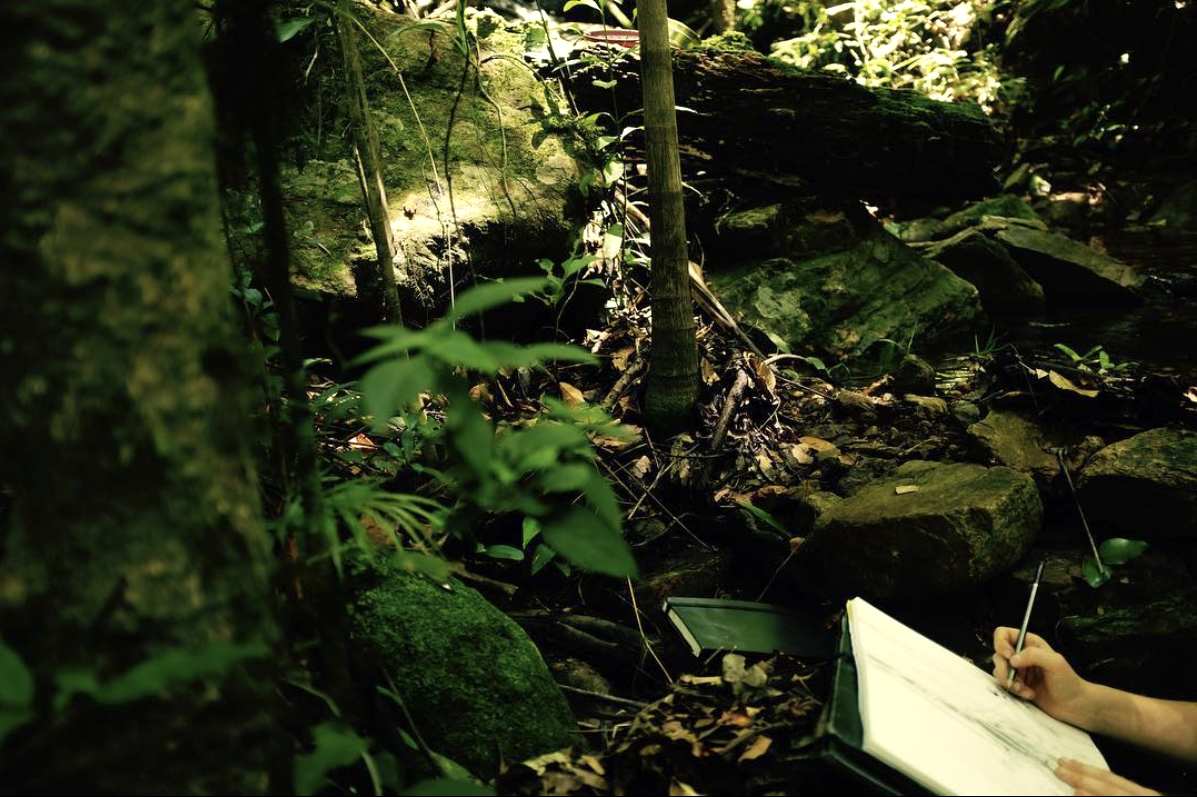 For years now, each spring, Jelly Green has found refuge in the rainforest. She gradually realised she was developing an allergic reaction to the pesticide-sprayed fields of her native Suffolk, and so she escaped to the tree-clean air of Brazil, Sri Lanka, Borneo and New Zealand. The paintings she made there can be seen at Gallery@Oxo from the 4th to the 7th of April. The exhibition is called Devour. The paintings are delicious. Come and see and devour them with your eyes. END_OF_DOCUMENT_TOKEN_TO_BE_REPLACED