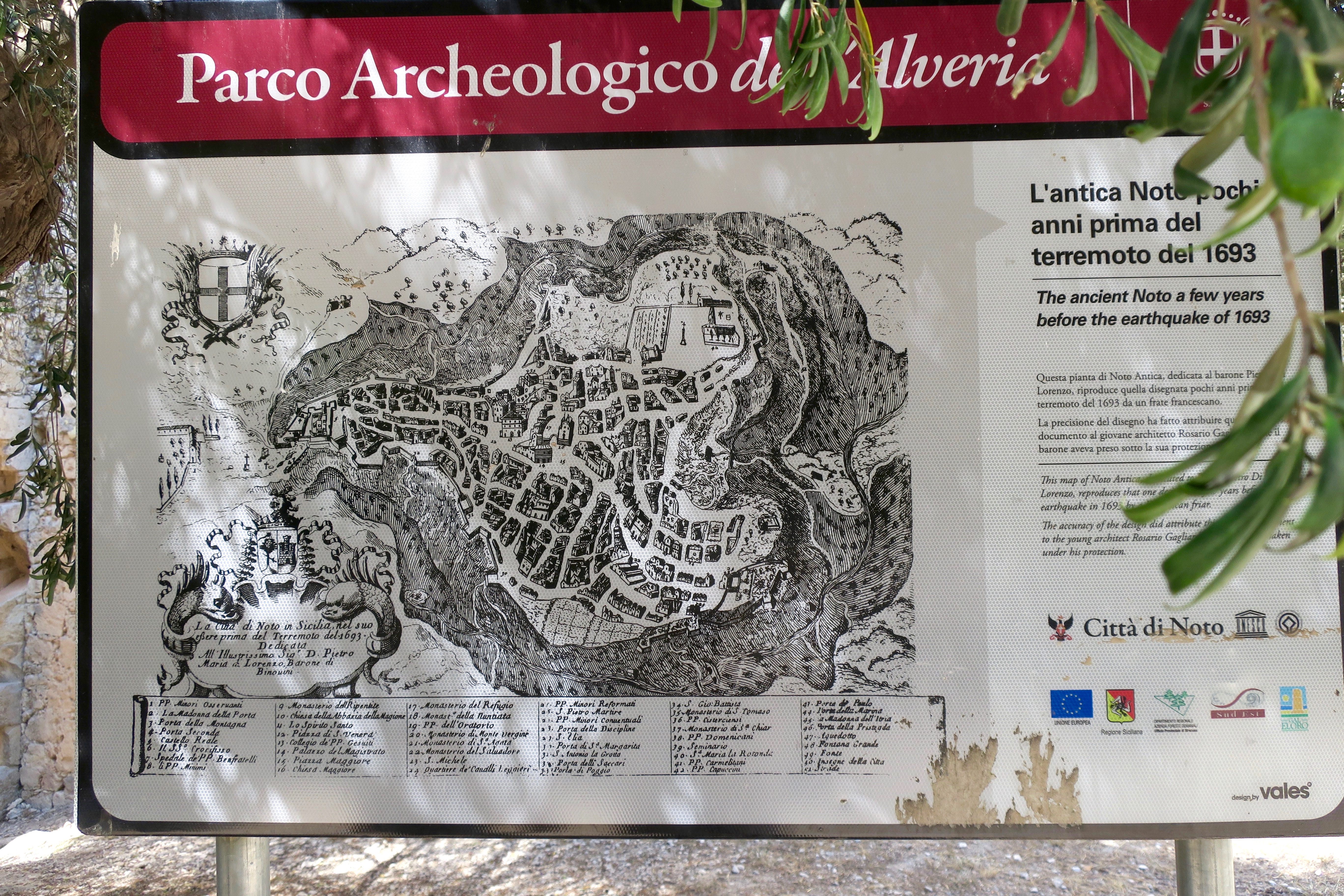 The original city of Noto was 12km further up the valley of the Asinaro River from where present day Noto now stands. It was relocated after the devastating earthquake of 1693. The original site is now an overgrown ruin, reclaimed by nature and slowly sinking back into the earth. There were buildings here from the 17th century and all down the ages back to Greek antiquity, but now they’re mostly just stones in the undergrowth, but for one or two exceptional and magnificent survivors. END_OF_DOCUMENT_TOKEN_TO_BE_REPLACED