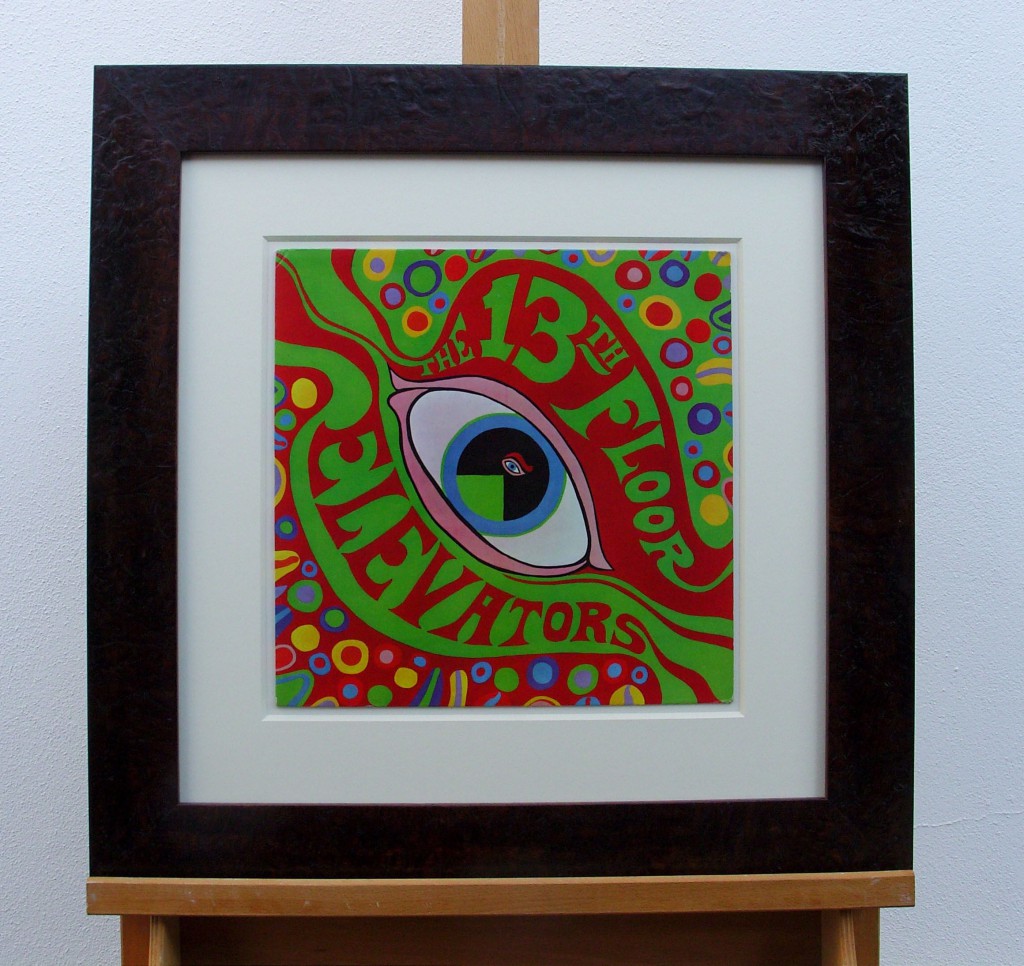 A mint condition 1966 record sleeve, of thick cardboard typical of US albums of the time, with eyeconic psychedelic artwork by John Cleveland. It is set in a deep bevelled mount with an incongruously rustic frame, seen here sitting on an easel. I veneered three faces of the moulding with a gnarly oak burr, then stained it and finished with French polish.

The 13th Floor Elevators were one of the pioneering bands of psychedelic music; many have cited them as the first true psychedelic rock band, and if they weren’t, they certainly predated most of the San Francisco bands that gave the sound a global audience. The Elevators played a bracing fusion of garage rock and genre-defying musical exploration powered by Roky Erikson’s feral vocals and rhythm guitar, Stacy Sutherland’s concise but agile lead guitar work, and Tommy Hall’s amplified jug playing, the latter of which gave them a sound unlike any other in rock. The Elevators were also exploring the outer limits of both consciousness and rock & roll in Texas in the early to mid ’60s, a time and place that wasn’t quite ready for them, leading to the myriad problems that at once fueled their legend and cut down the band before their time. Mark Deming, All Music.